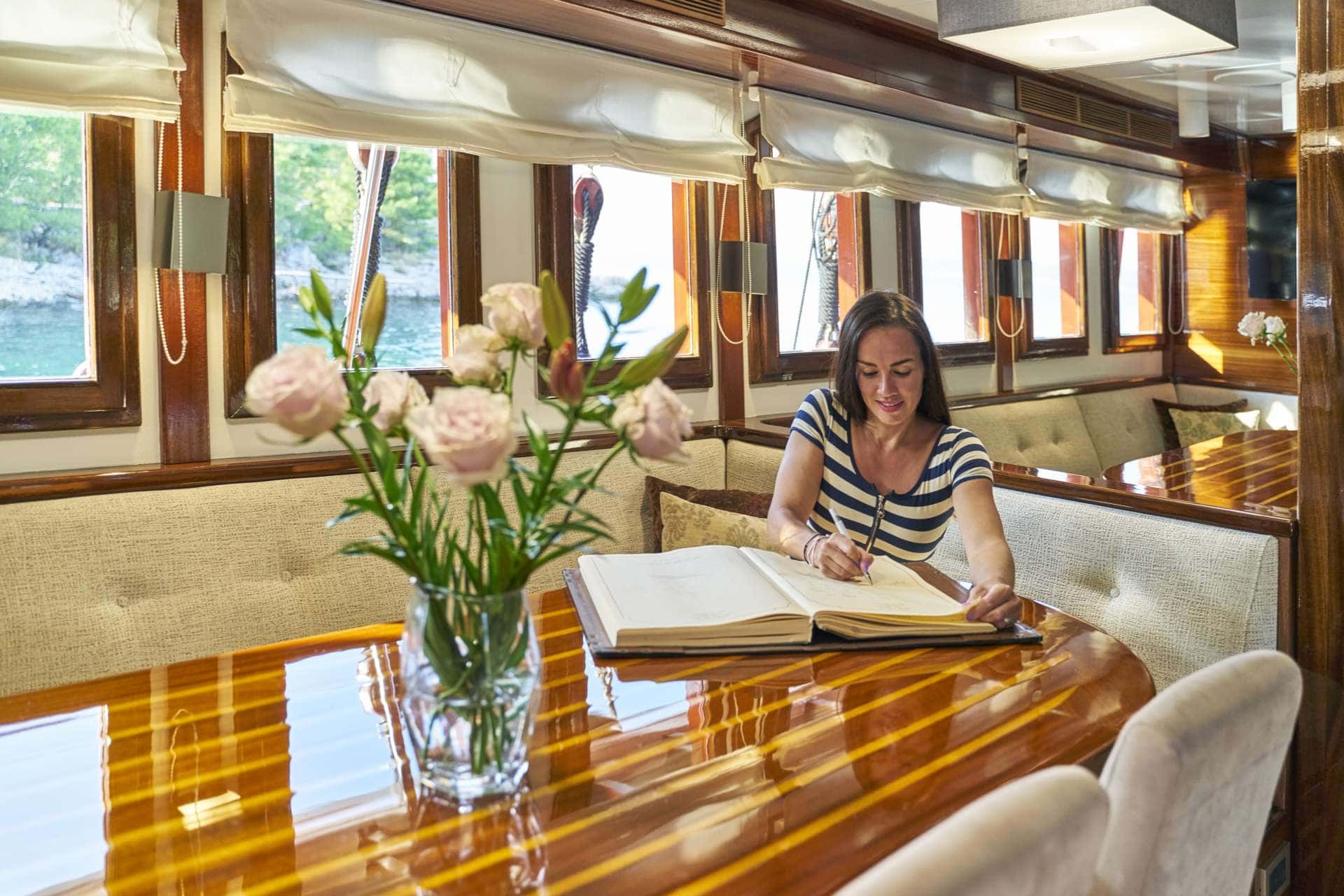 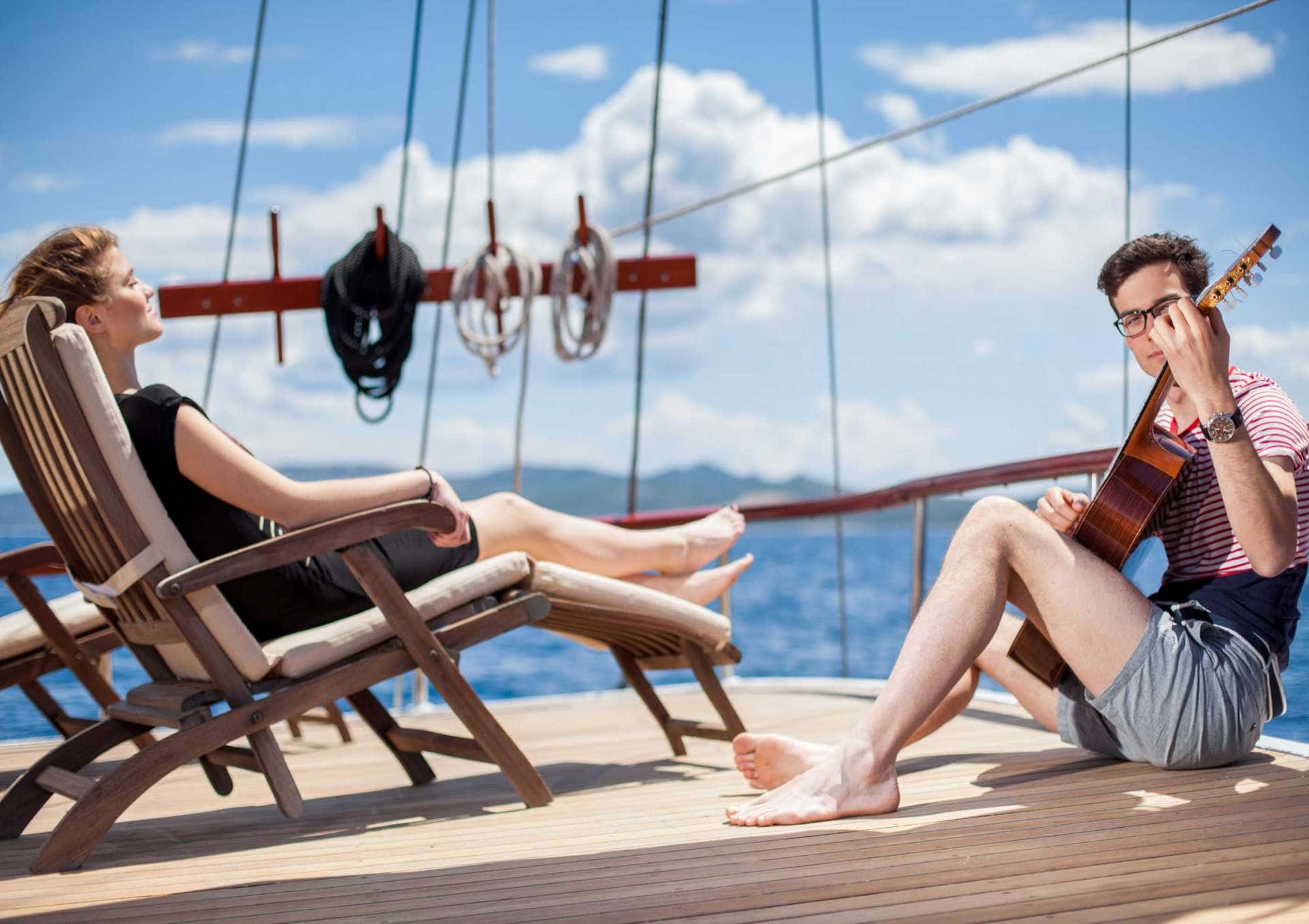 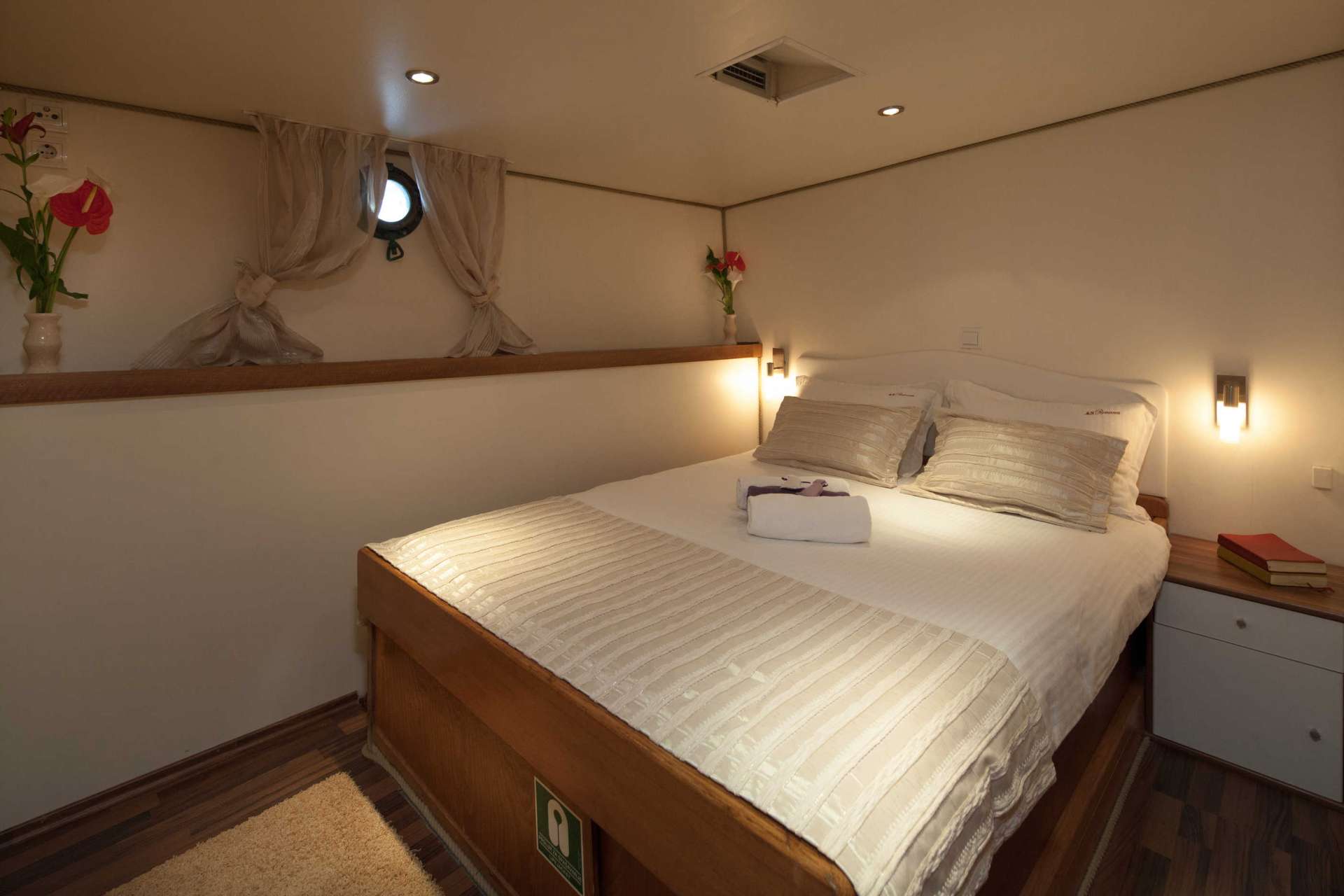 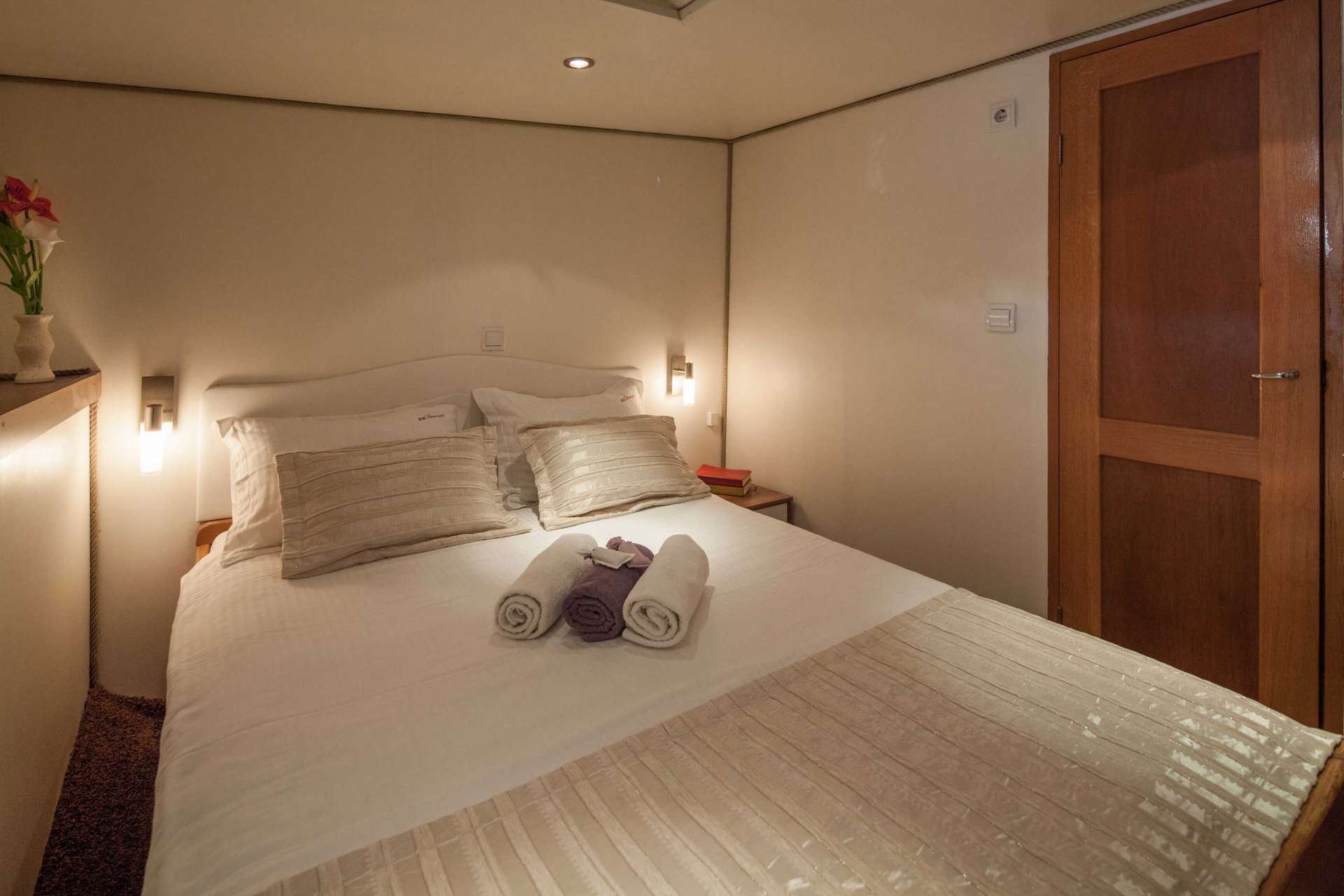 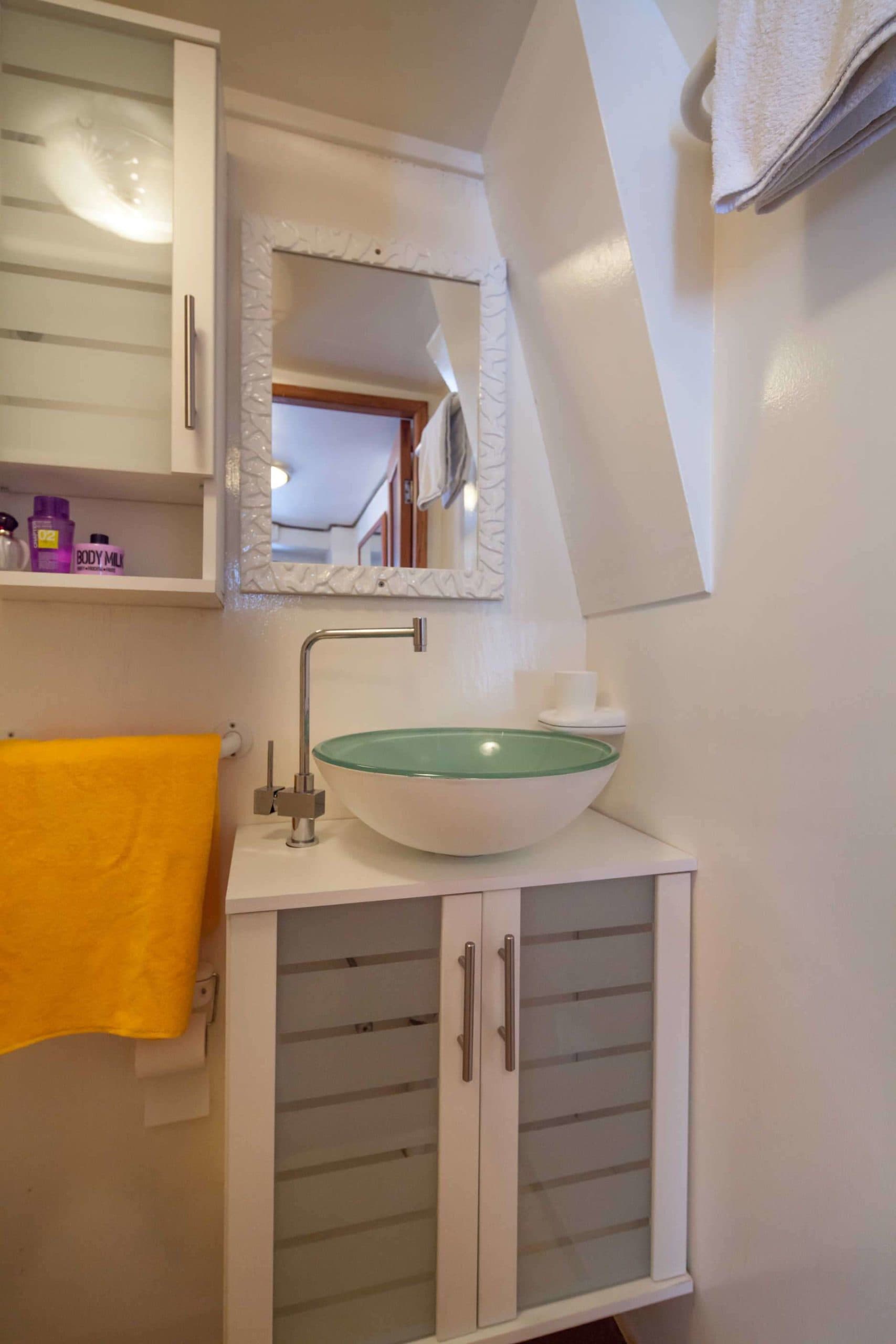 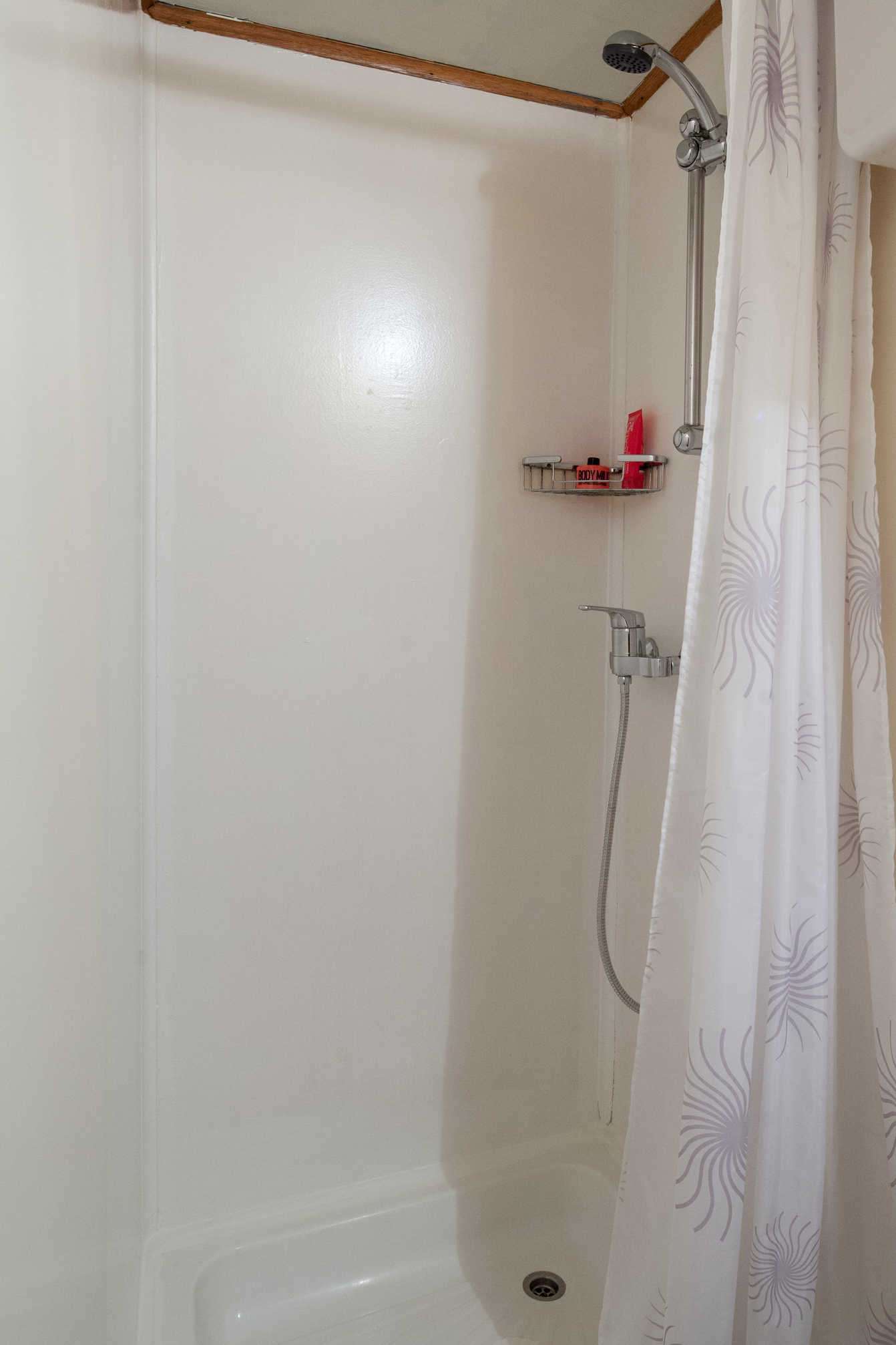 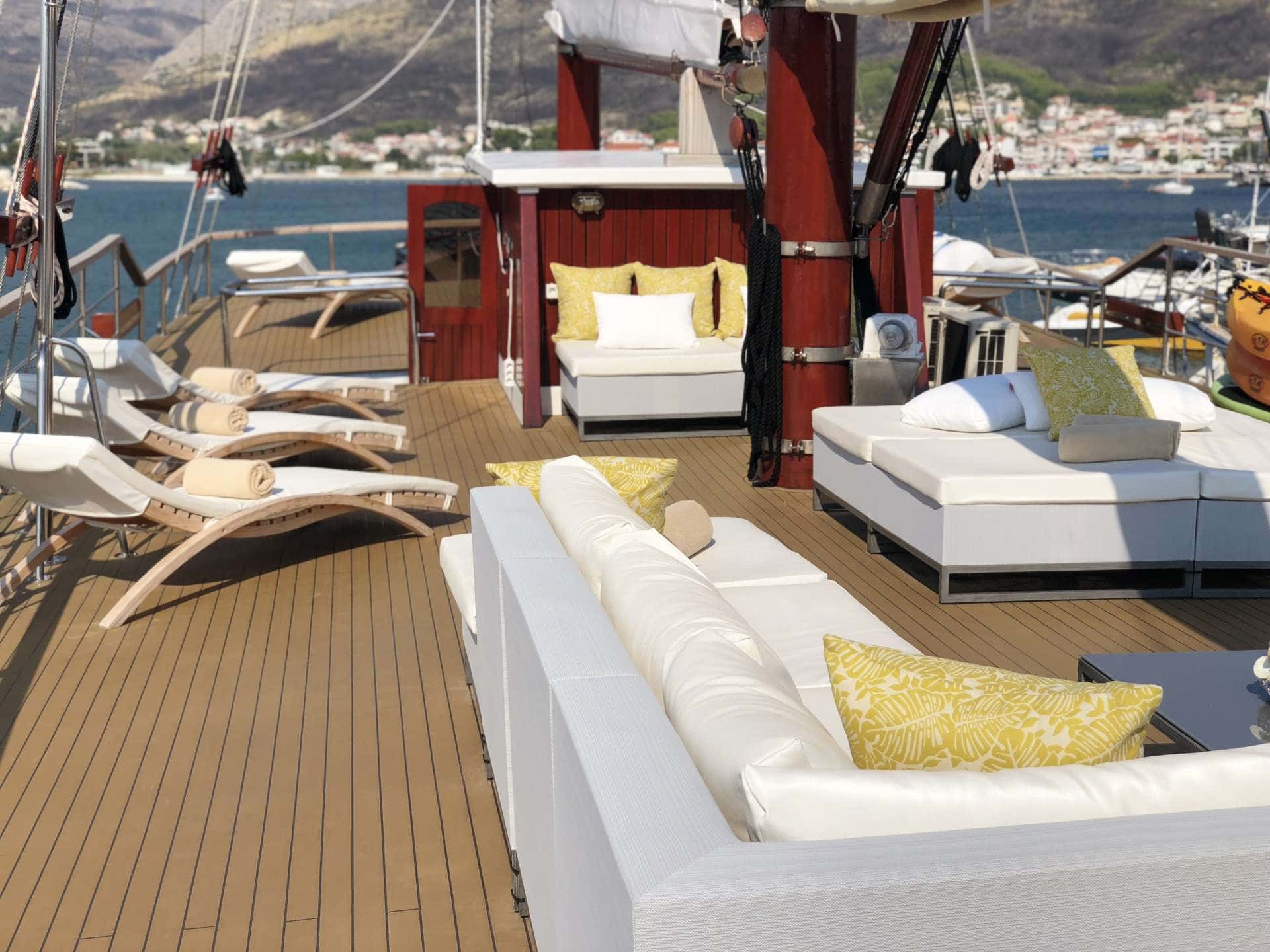 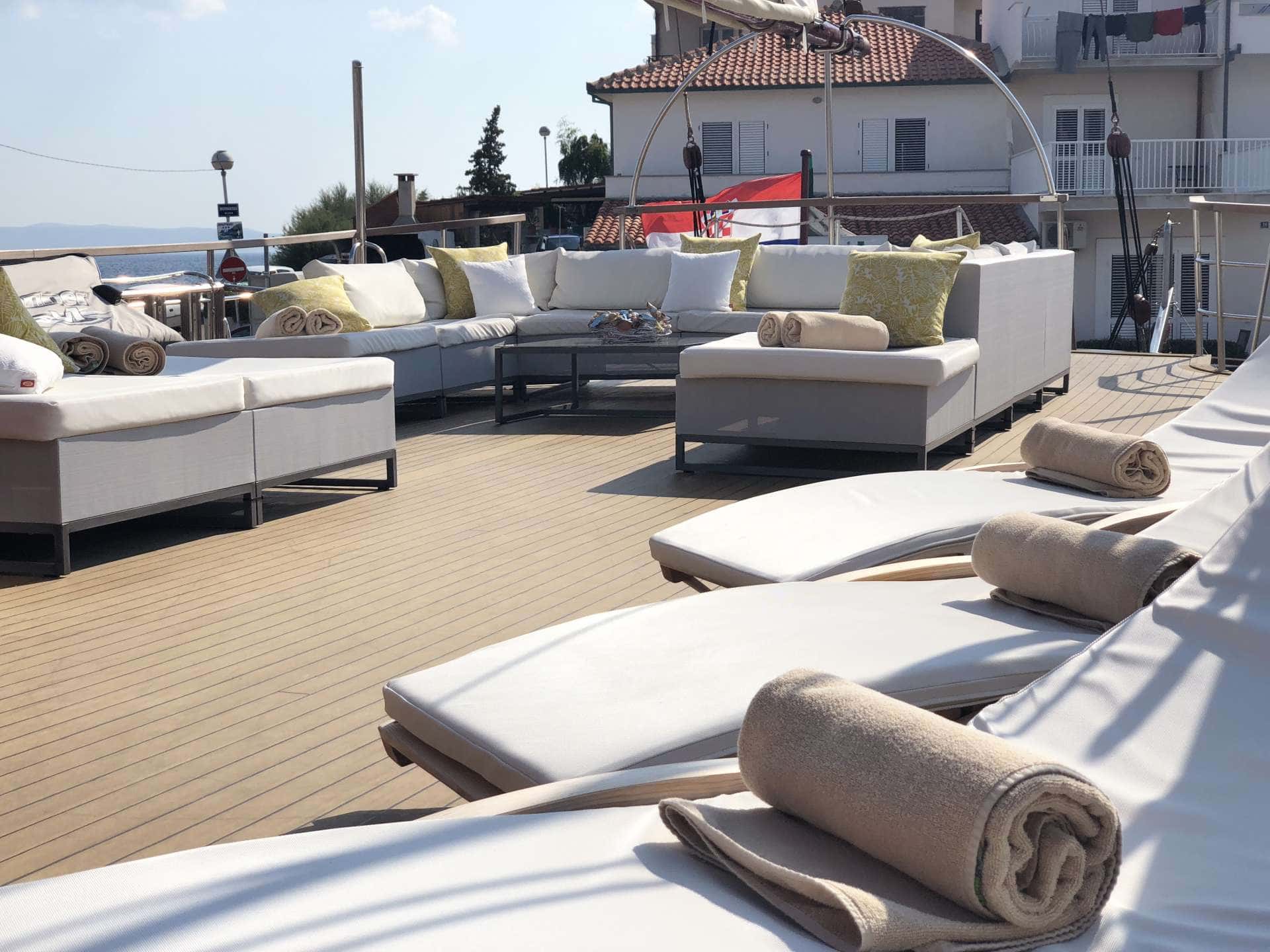 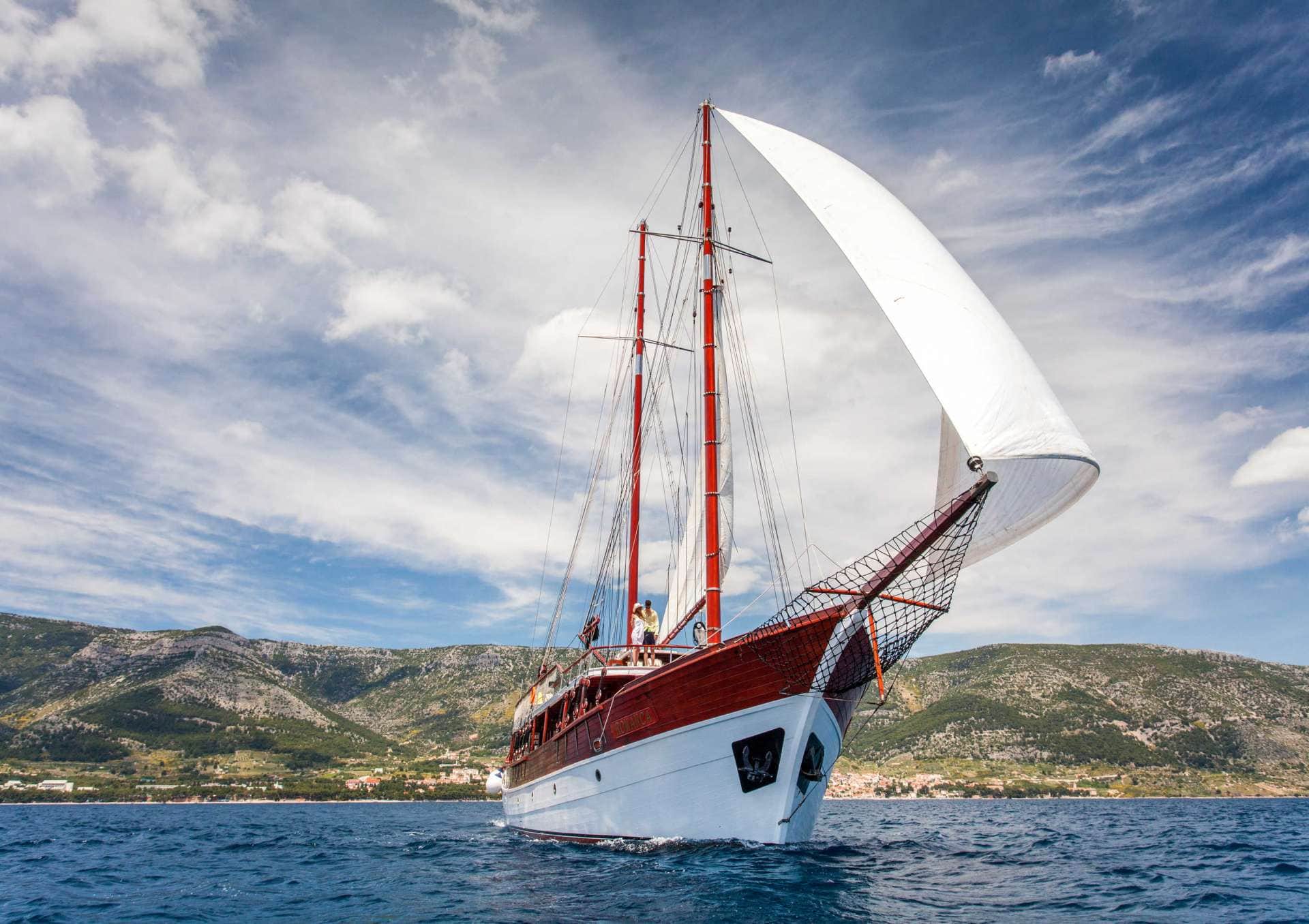 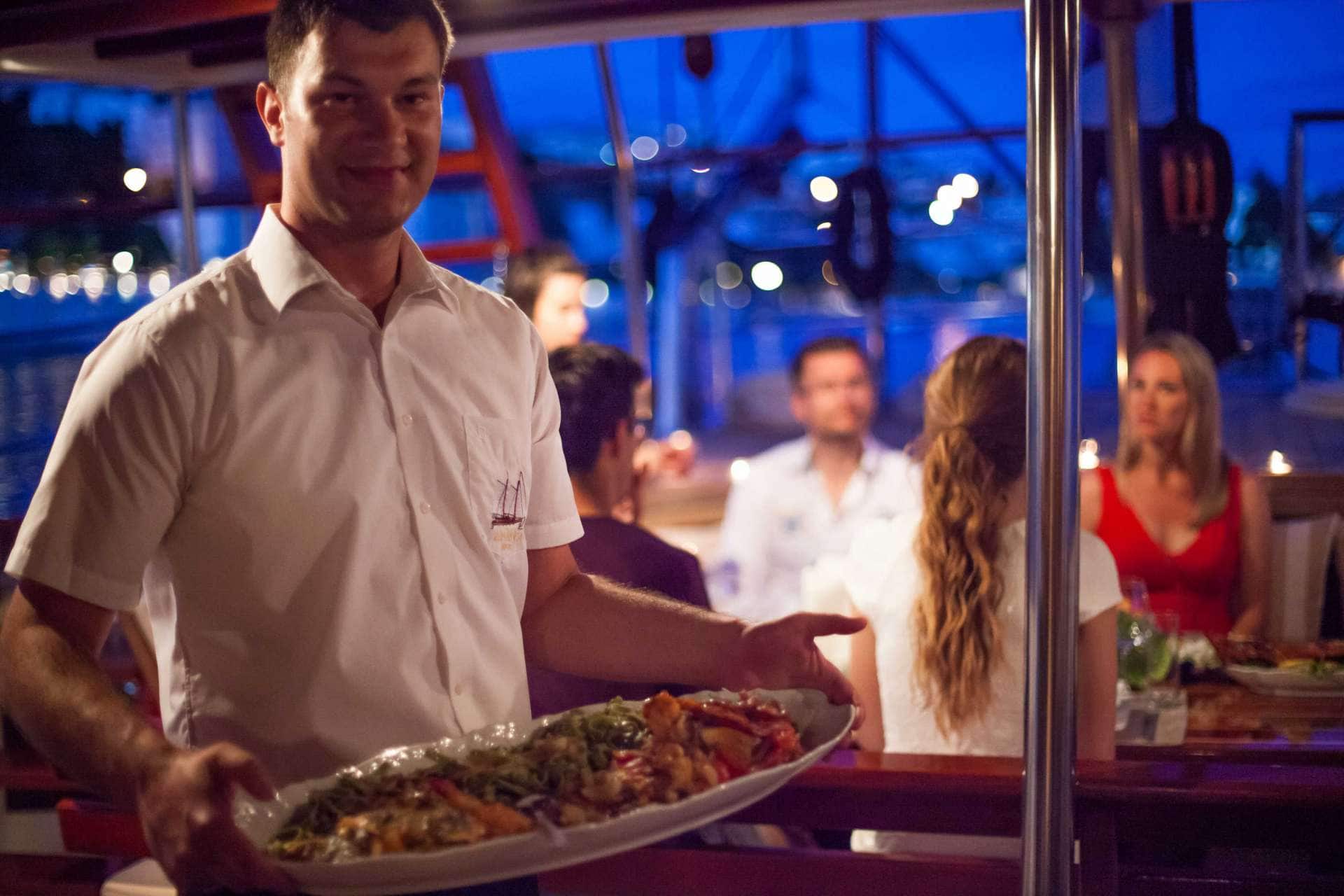 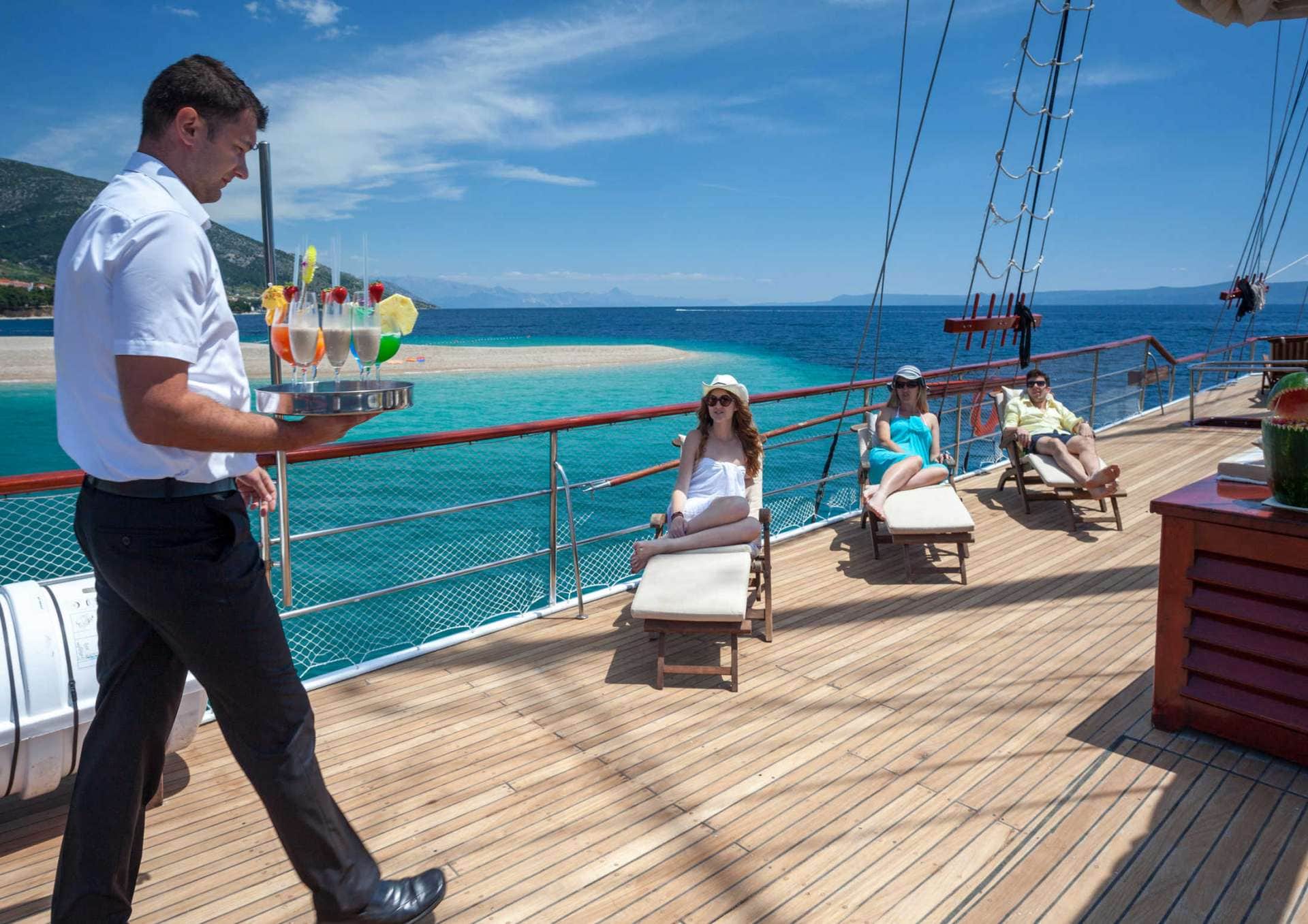 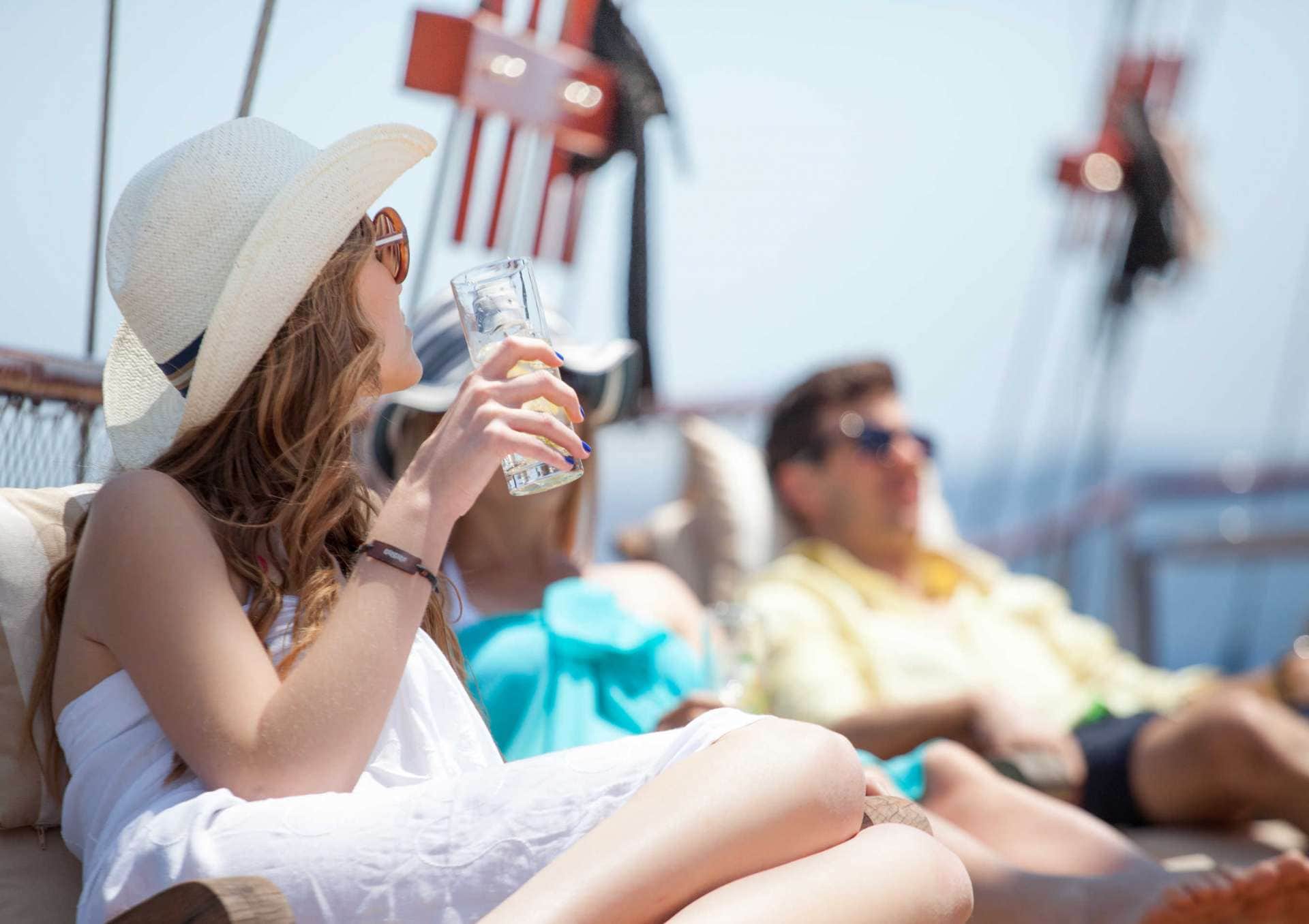 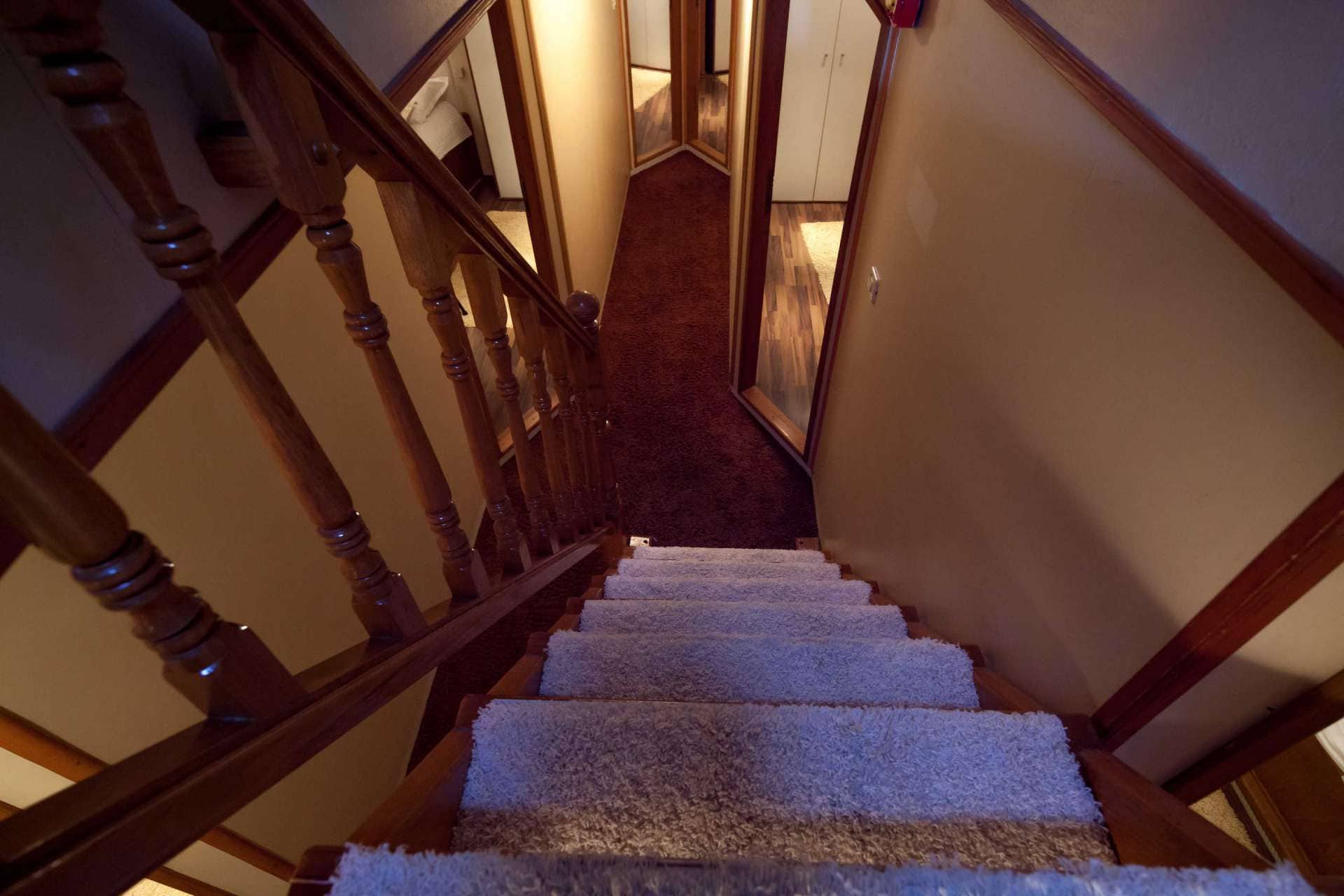 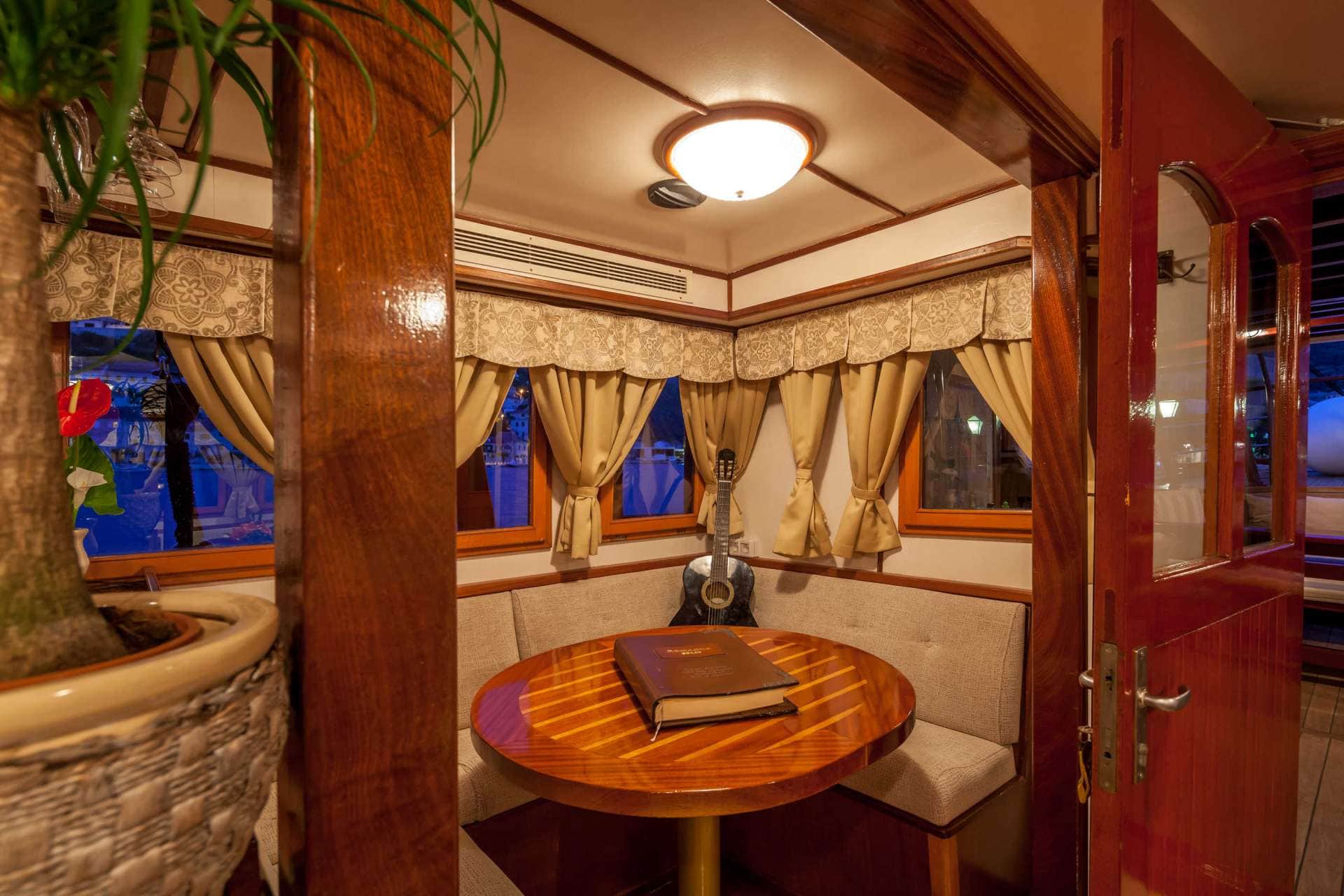 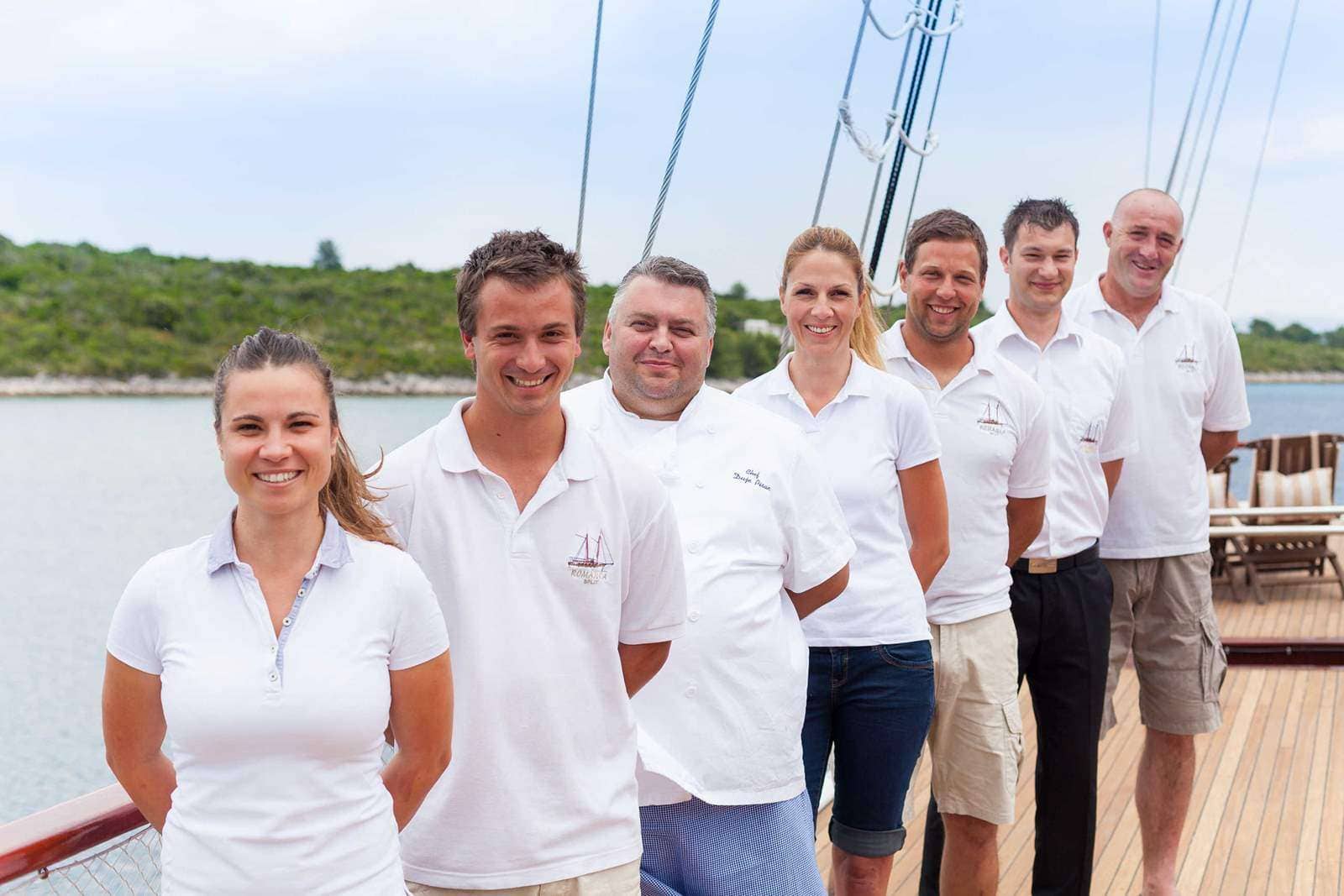 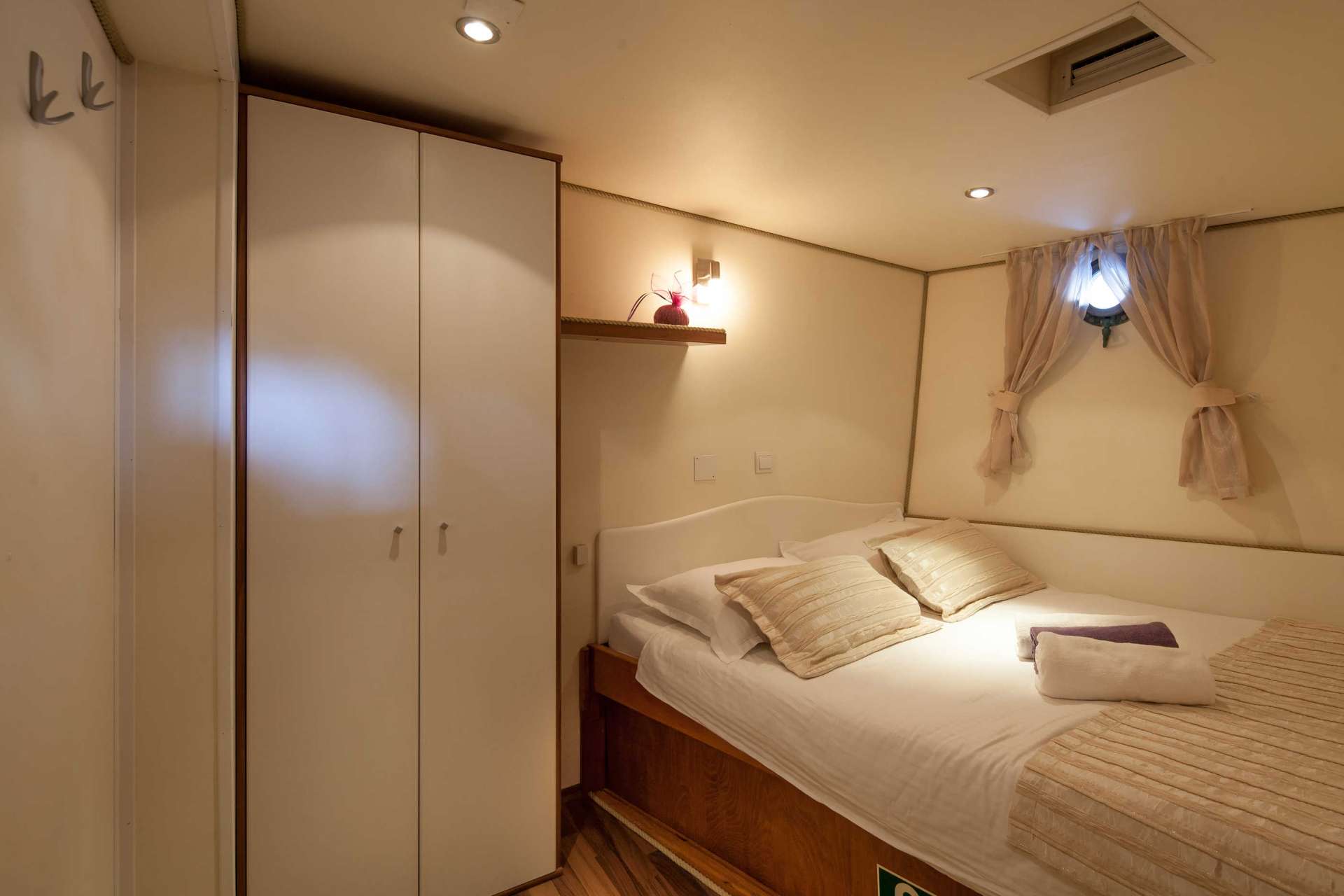 Click Here to Exit
Renato Kokan
- is the captain of Romanca. He was born in Split on the 21st of February in 1970. He
finished Maritime school, and start working on boats at an early age. Over the past 26 years, he has
worked as a sailor and captain on cruise ships, private yachts and speedboats. He has been the
captain of Romanca for the past 4 years. His work has taken him all over the world. He speaks
English. When he is not on the ship, captain Renato spends his time with his wife and two children.

Andrea Mihanović
- is the manager of the boat and stewardess. She was born in Split on the 5th of
October in 1985. After finishing high school, she studied at the College of Economy, majoring in
tourism. Since Romanca is owned by her family, she has been working on the boat every summer for
the past 14 years, starting as a cleaning maid, and ending up as the stewardess and manager. She
speaks English fluently, as well as Spanish, and she is in charge of making sure that everything is
running smoothly with the crew and that the clients are enjoying their time on Romanca. In her free
time, Andrea enjoys traveling, she visits a foreign country every ear. She loves movies and sports, her
favorite sport to watch is tennis. She also enjoys skiing.

Marin Natulović
- is the first mate and helmsman. He was born in Split on the 8th of May in 1983.
After he finished high school, he started working in a company building yachts. For 6 years he worked
in the construction of yachts. He has been a sailor on Romanca for the past 4 years. He speaks
English. In his free time, he enjoys playing football, and he is an avid diver, both with diving gear and
without. He loves everything that is related to the sea, and he loves working on Romanca, he spends
most of the year working on improving the ship.

Marko Mihanović
- is the engineer and sailor. He was born in Split on the 17th of November in 1992.
He is studying at the Maritime College in Split, majoring in ship engineering. He has been working on
Romanca as a sailor and engineer for the past 6 years, together with his sister Andrea and their
family. He speaks English. In his free time, he likes to watch TV shows and play video games, and he
plays sports as well. He also goes fishing and enjoys being on the sea.

Duje Pisac
- is the chef on Romanca. He was born in Split on the 3rd of June in 1977. He finished his
chef training in high school, and has been working as a chef for the past 20 years. He has been
working in restaurants in Croatia and Germany, preparing all kinds of dishes. He is also a member of
the Association of Dalmatian chefs. He speaks English. He is happily married and has two teenage
children. Very sociable and cheerful, Duje loves to communicate with people and make them laugh.

Tamara Matunović
- is the hostess. She was born in Split on the 10th of September in 1977. She
finished tourism high school. She has worked in hotels, and she joined the crew of Romanca one year
ago. She speaks English and Spanish. She is married and has 2 children. In her free time, she enjoys
shopping, reading and cooking. 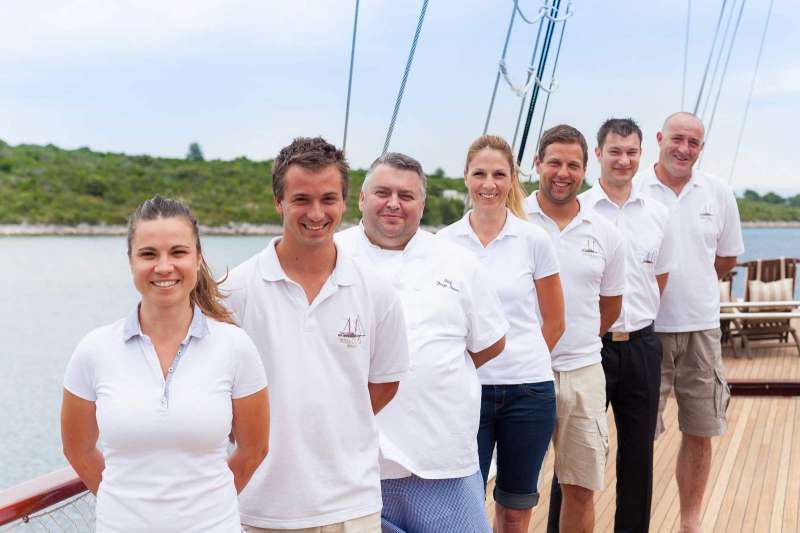 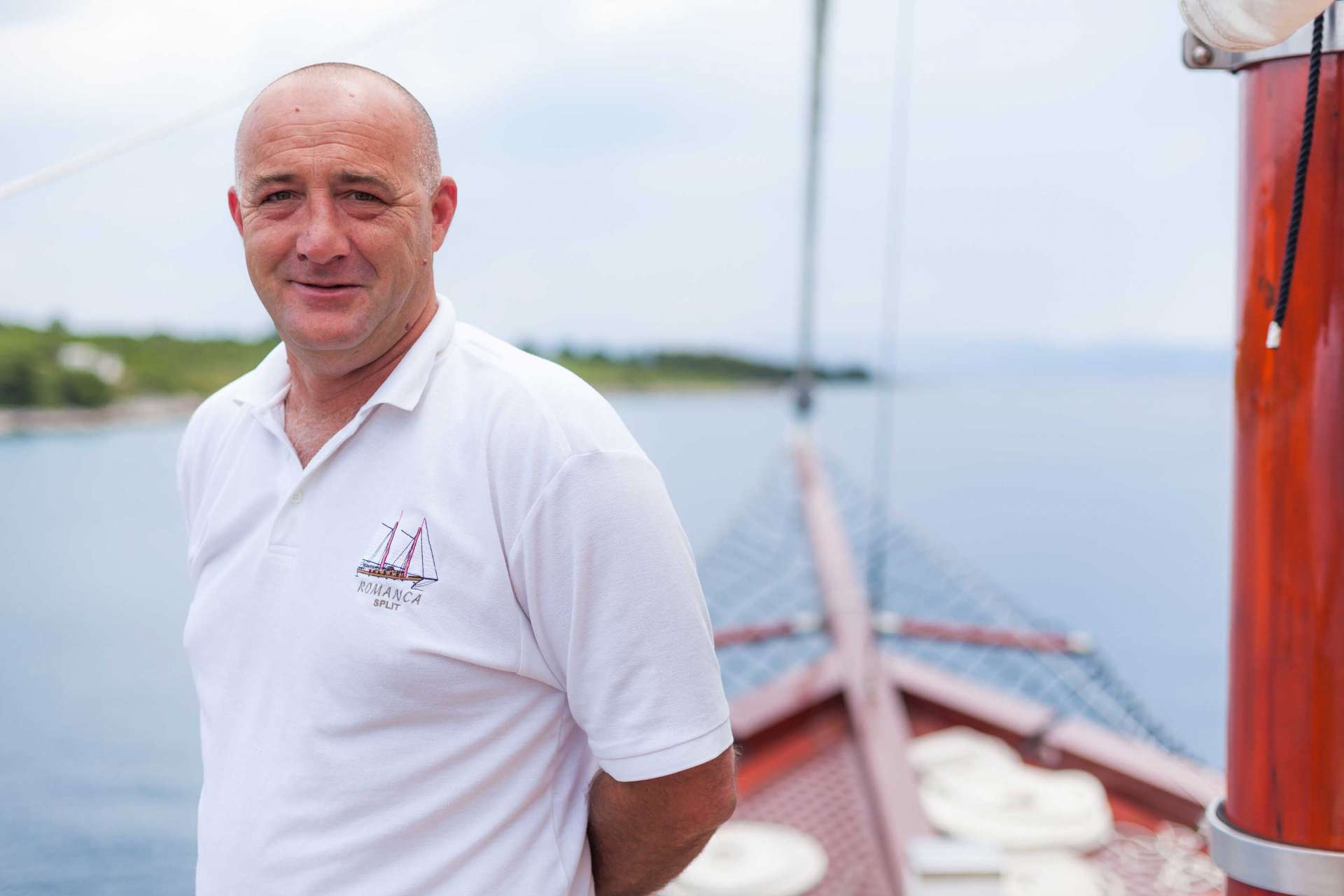 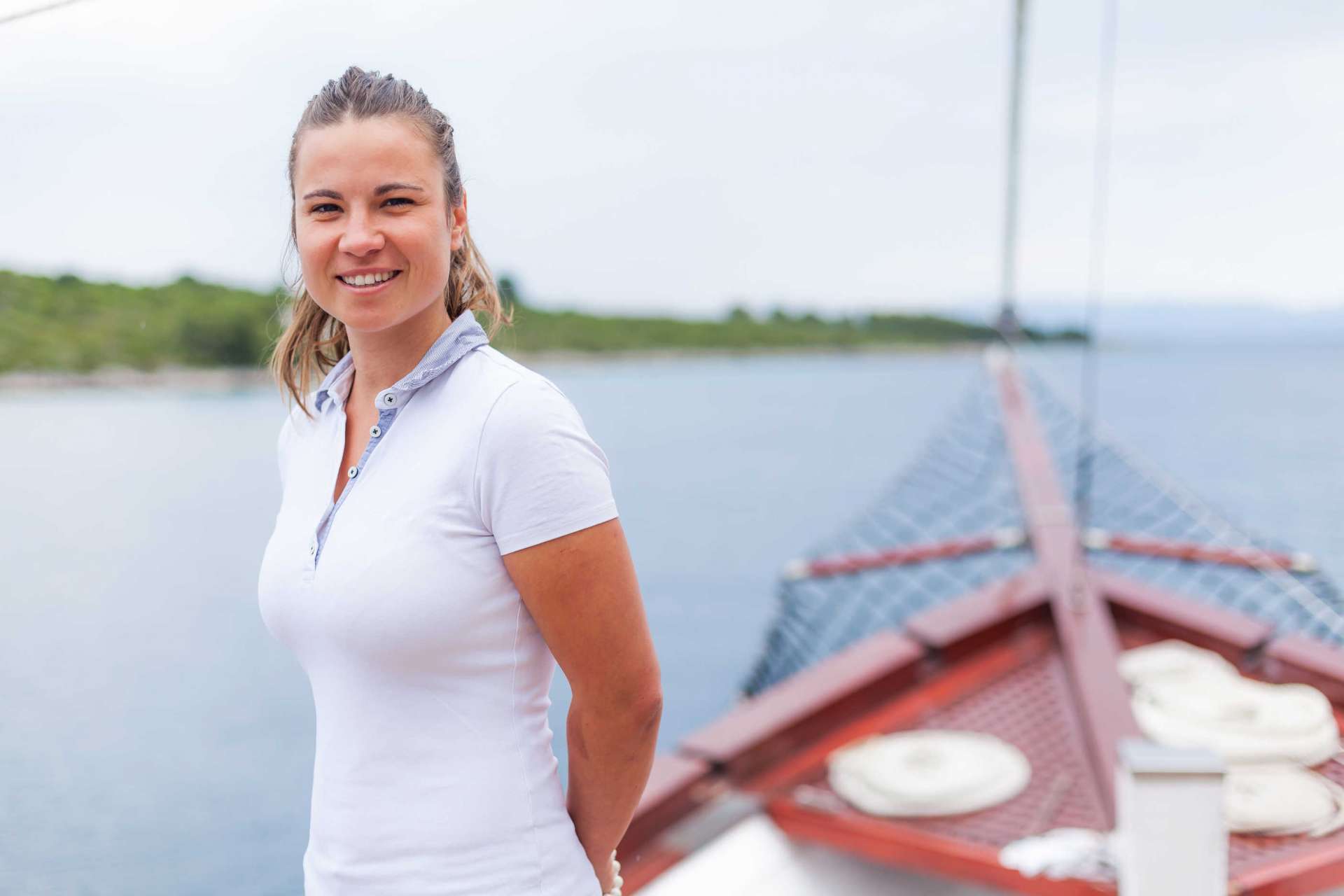 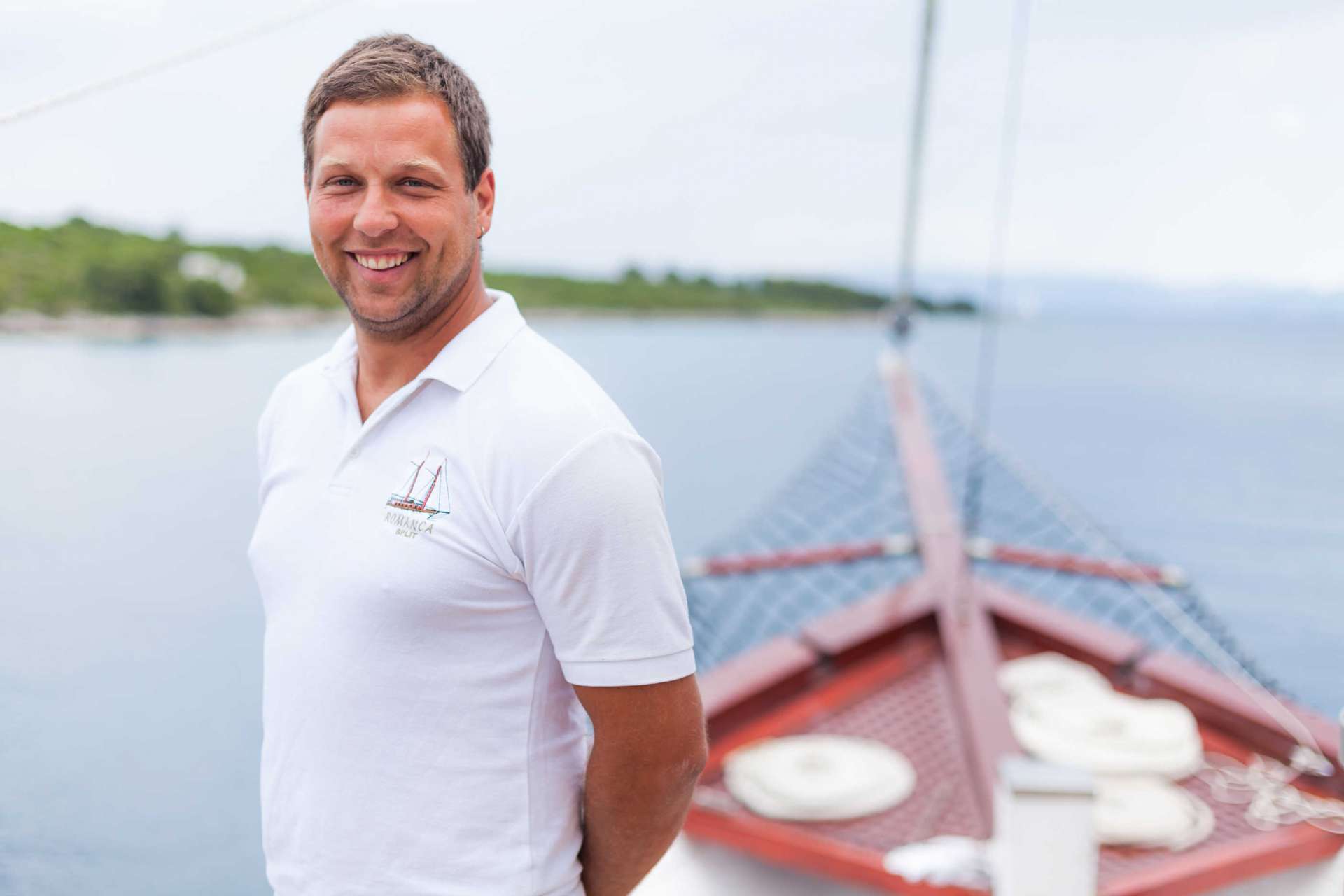 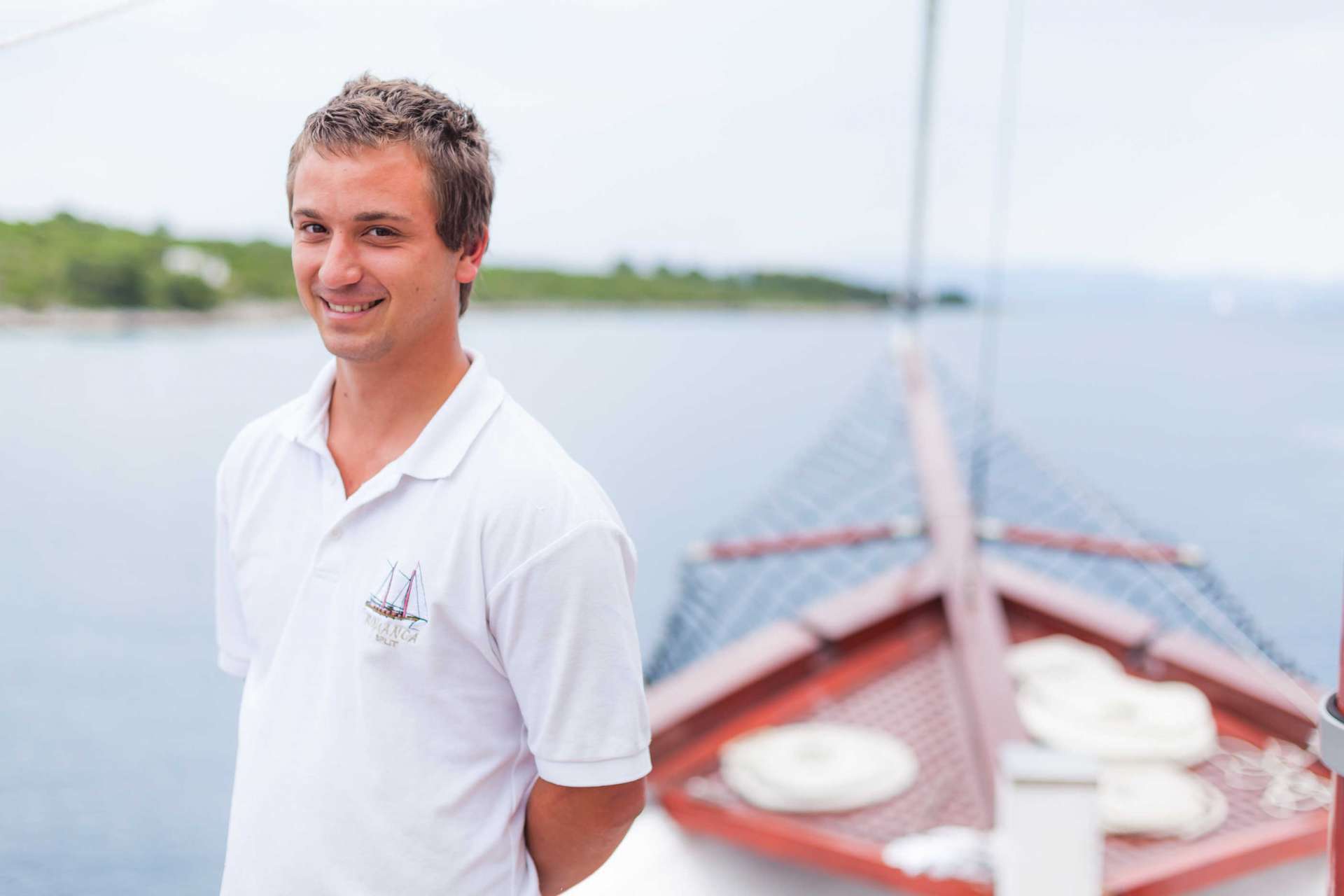 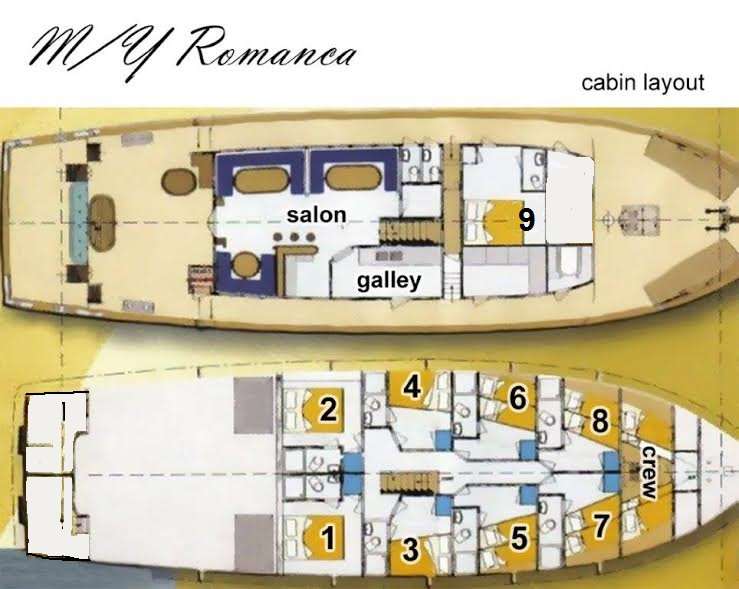