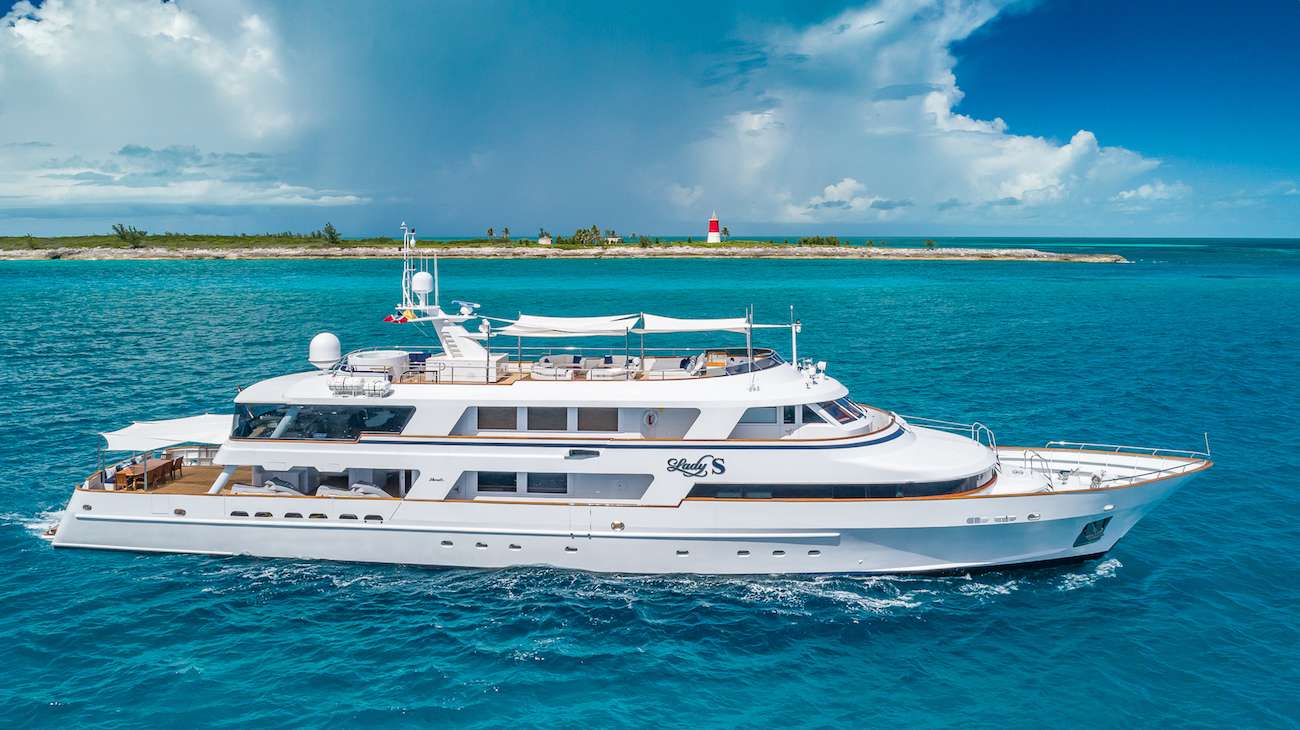 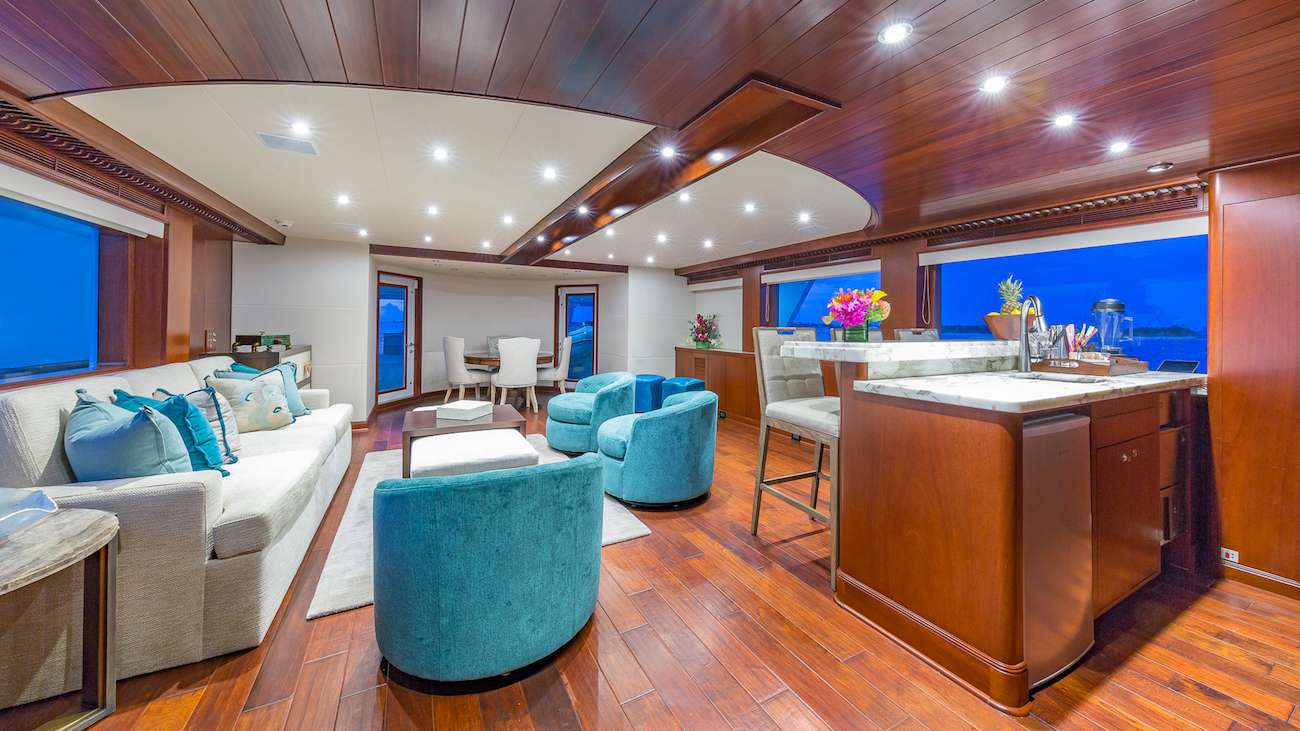 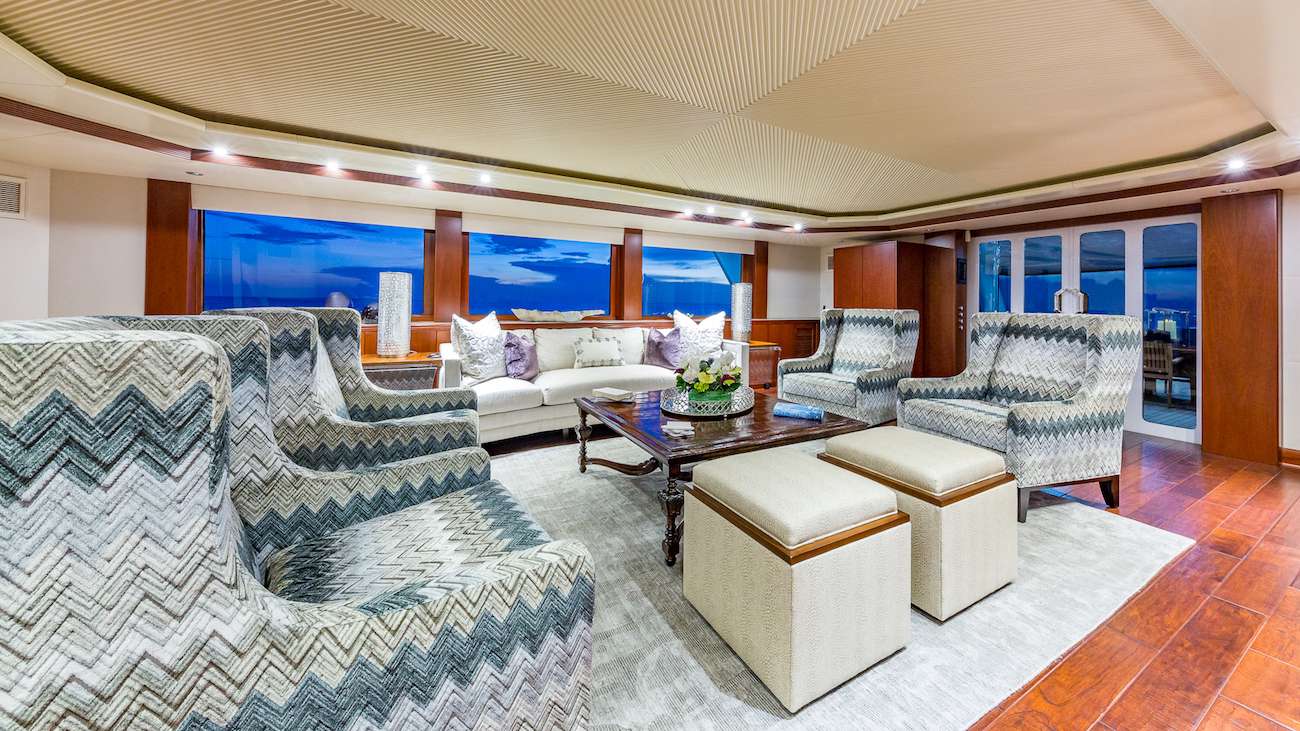 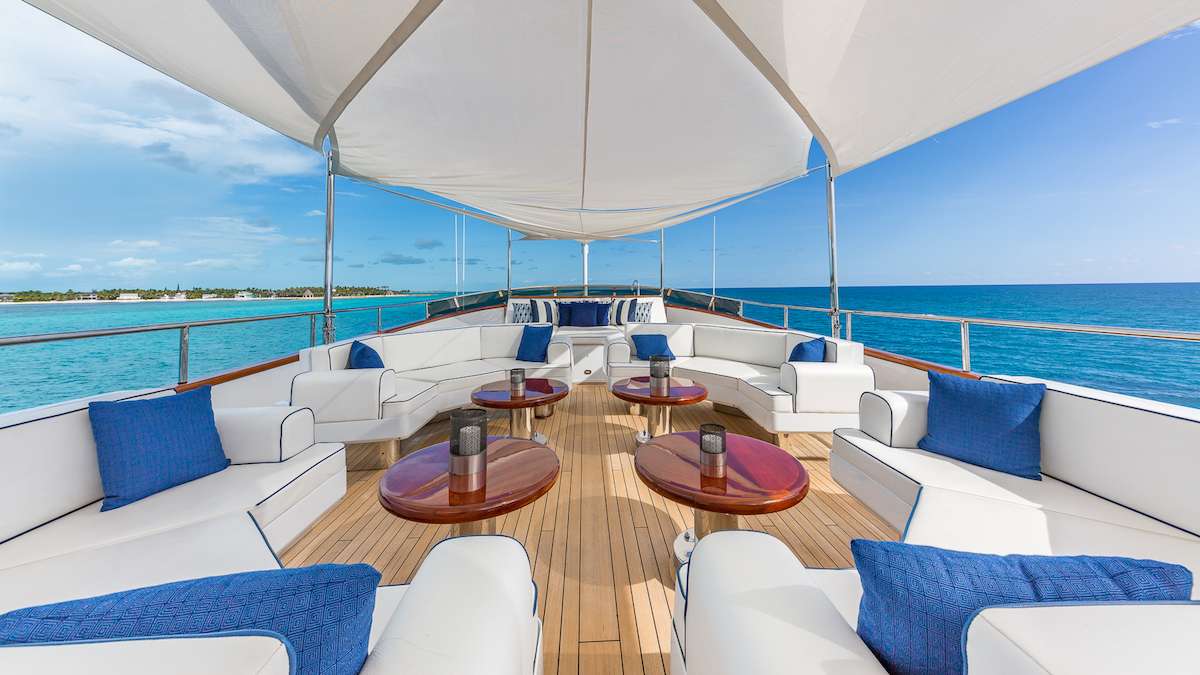 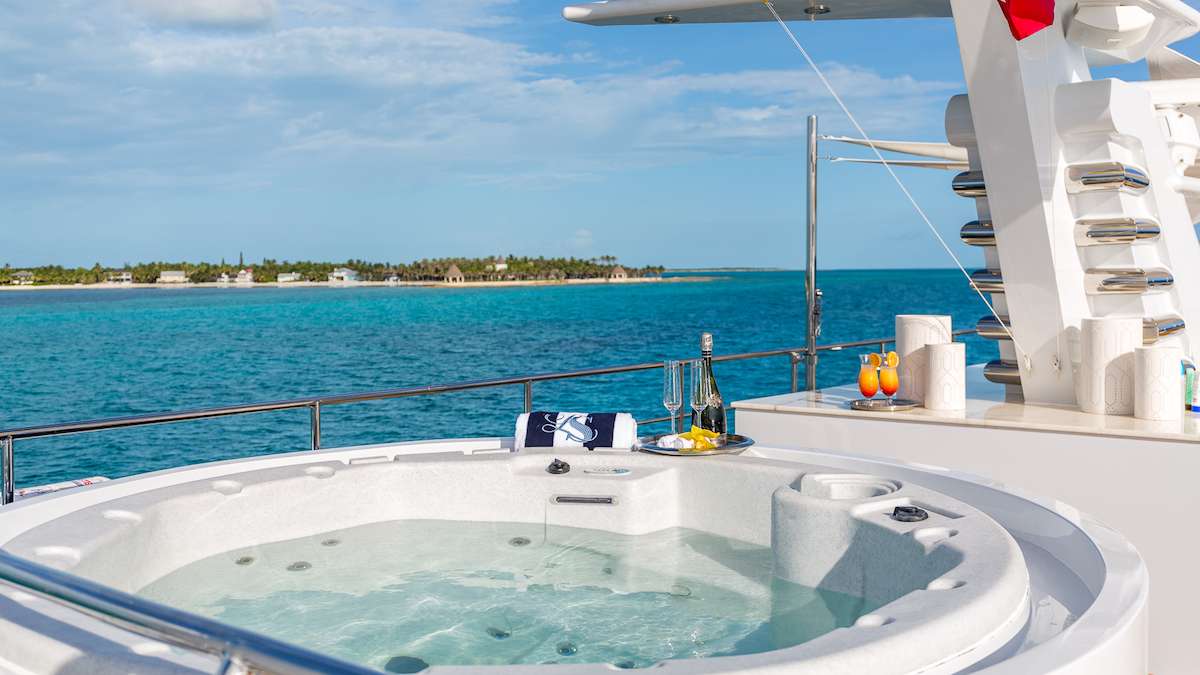 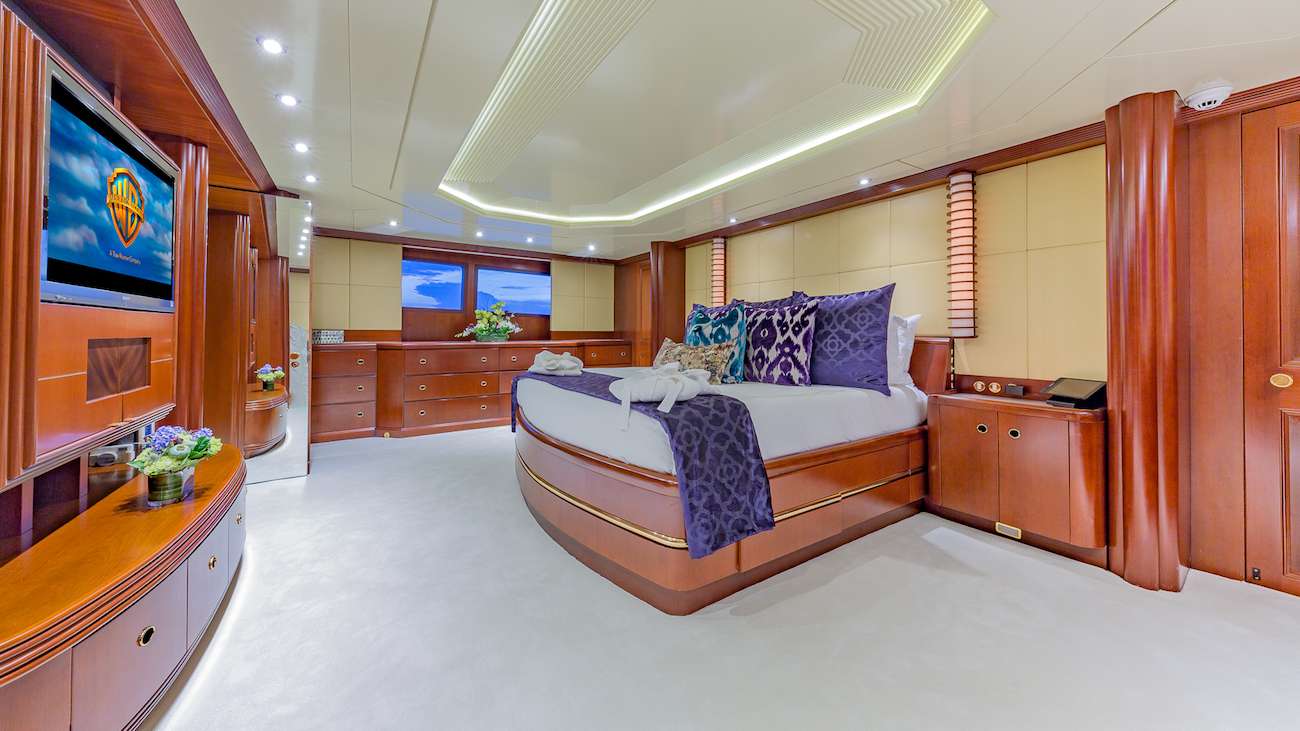 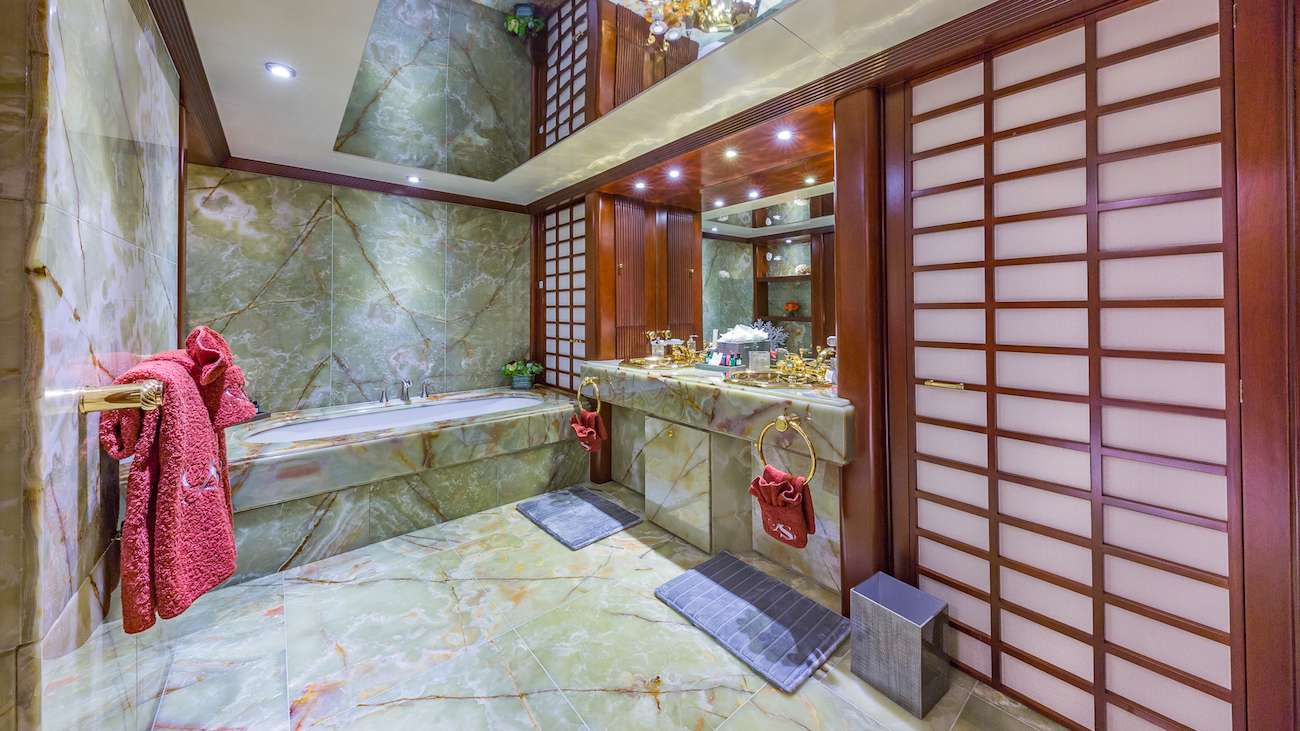 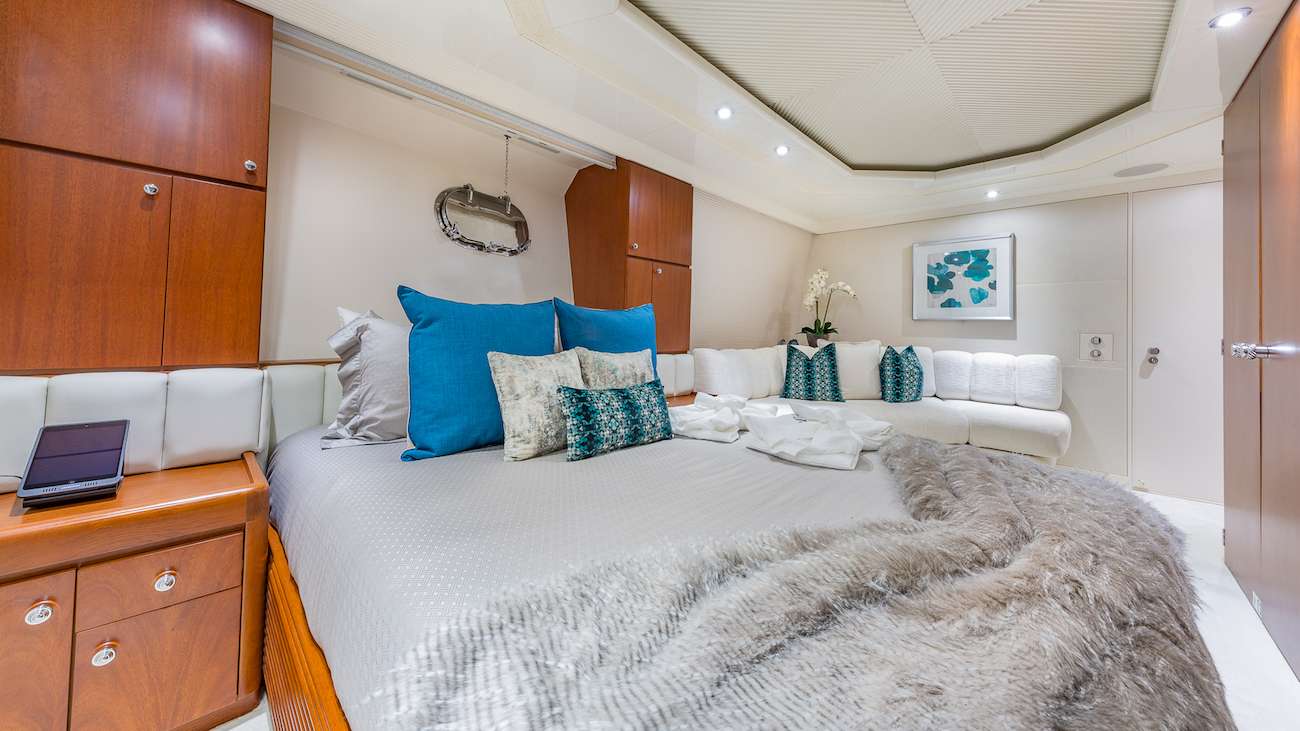 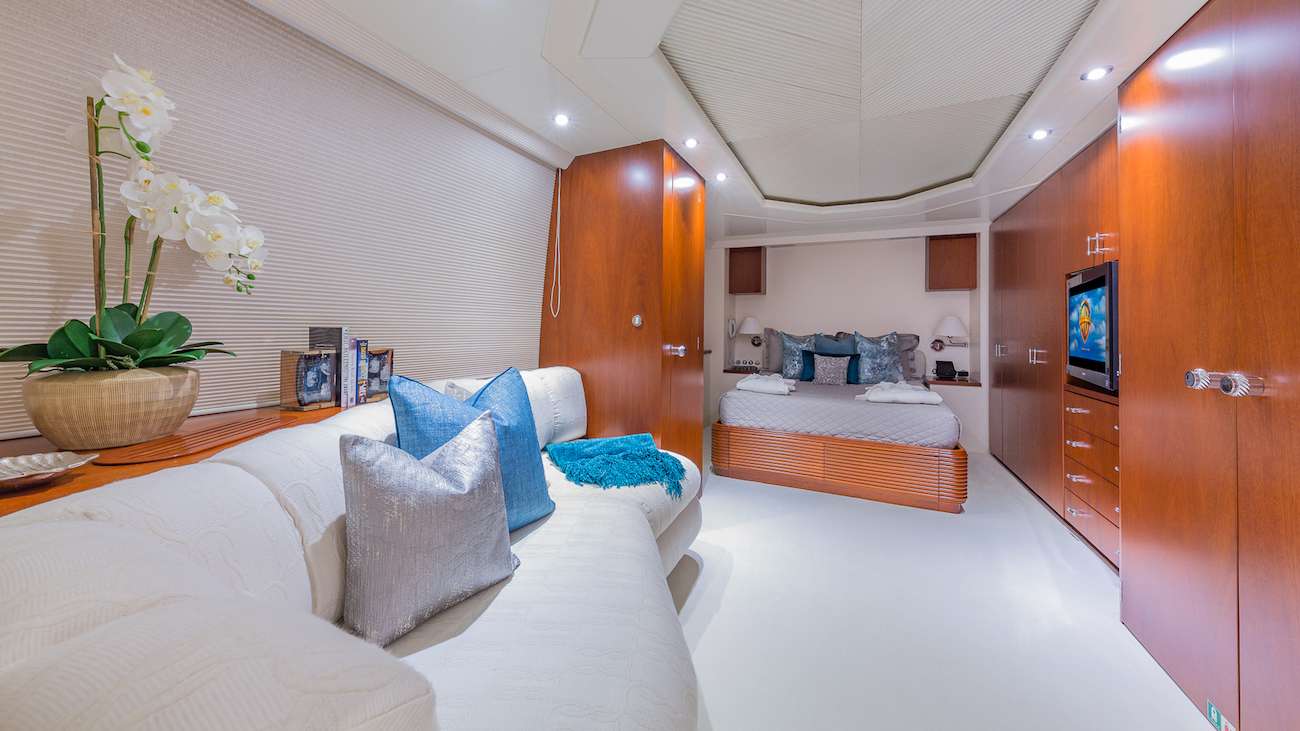 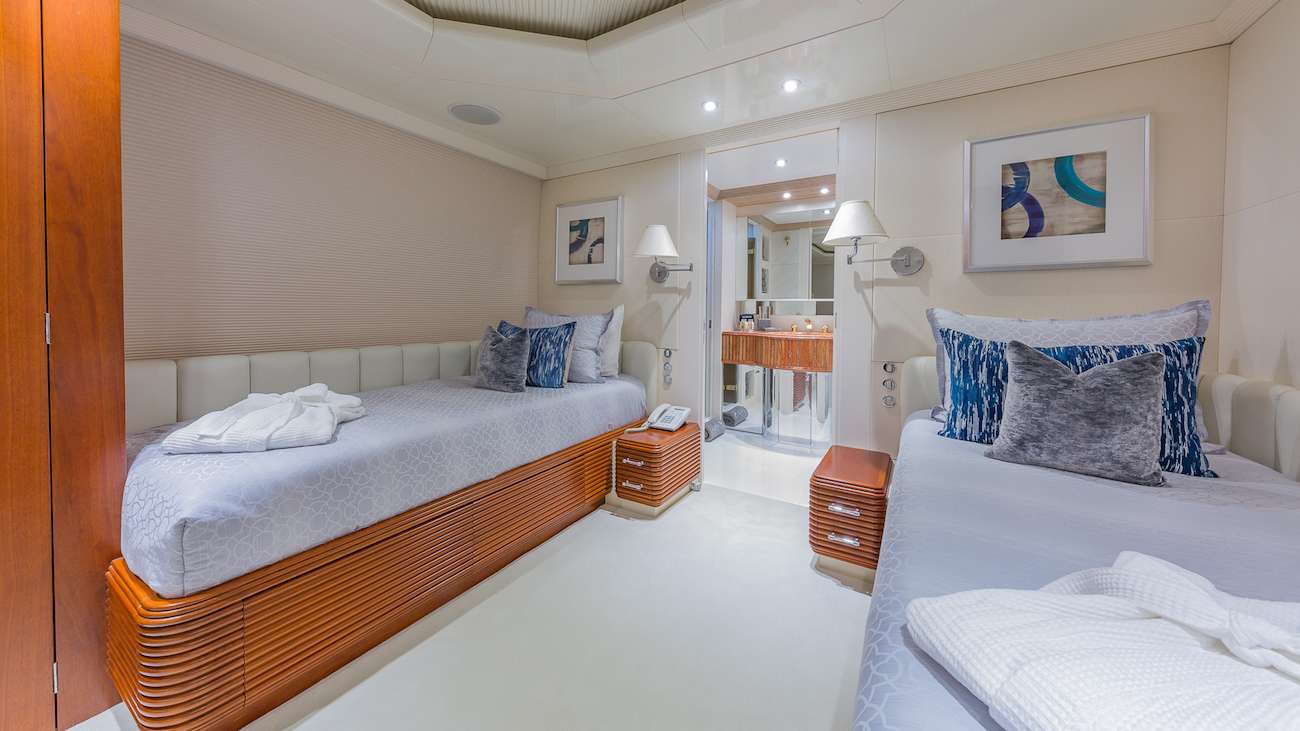 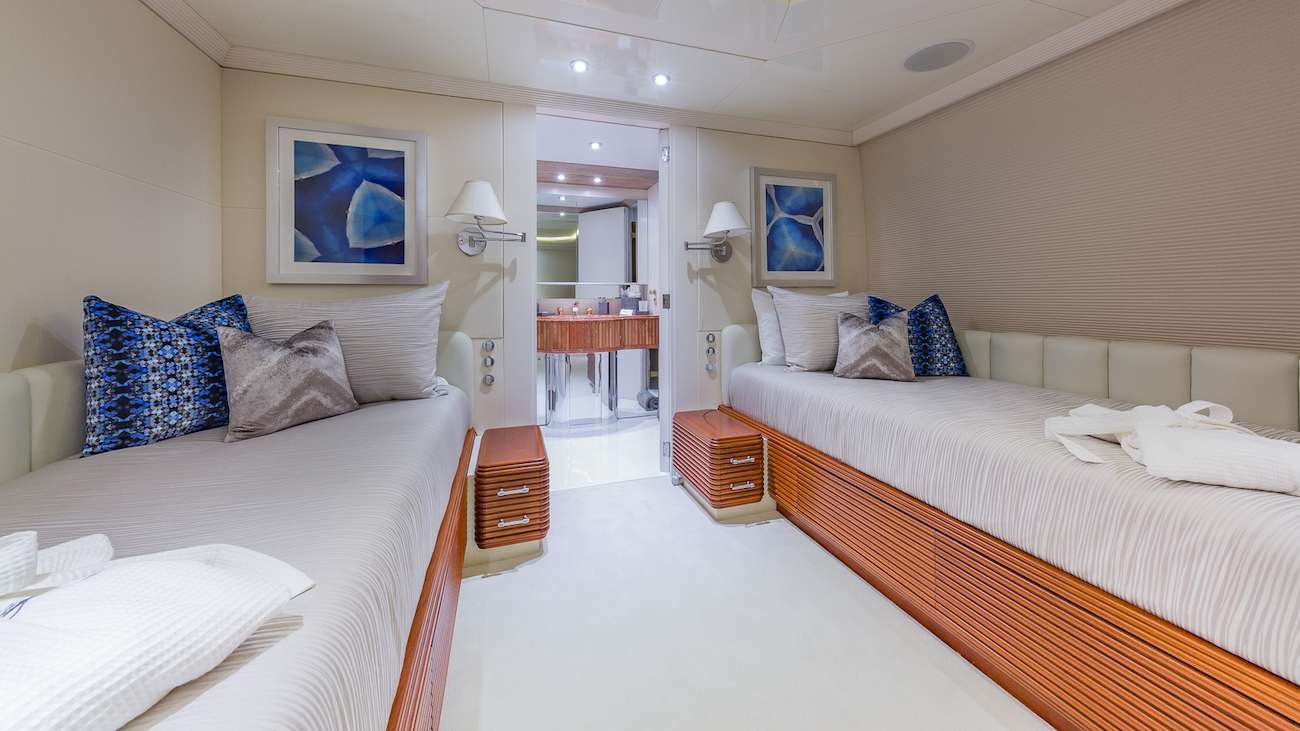 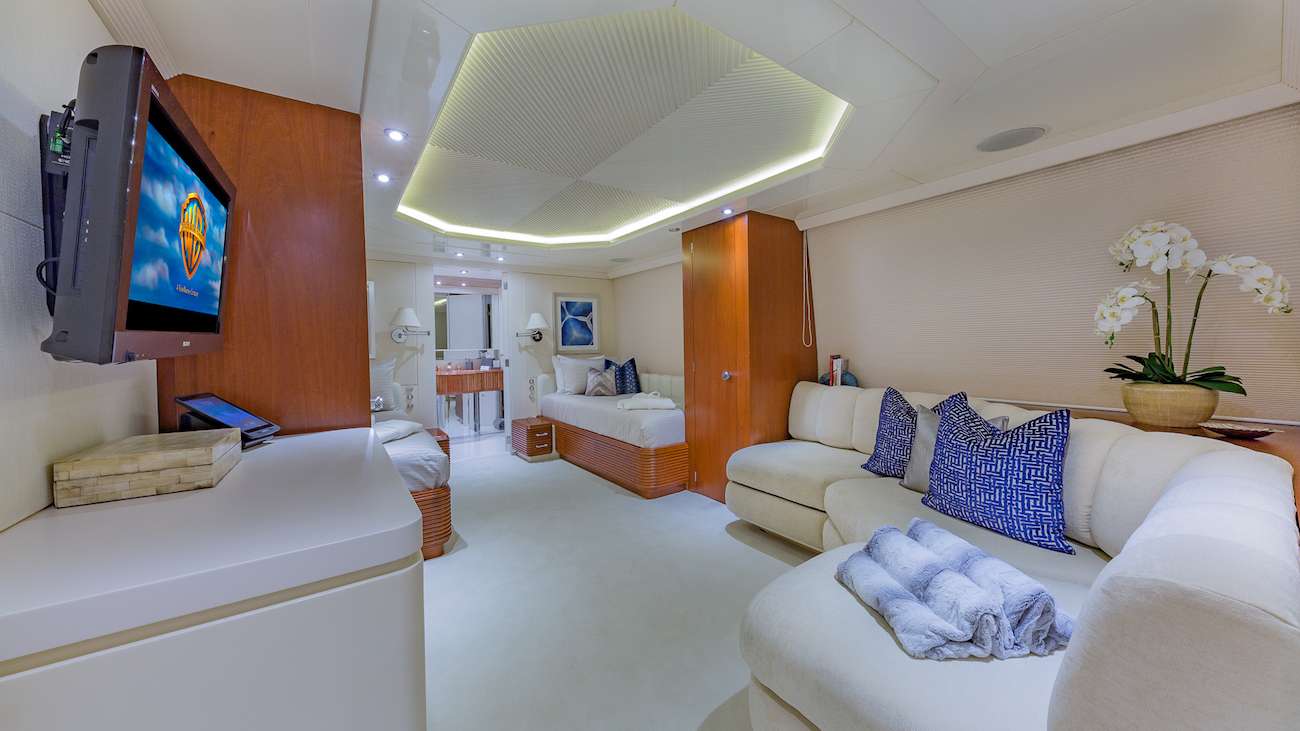 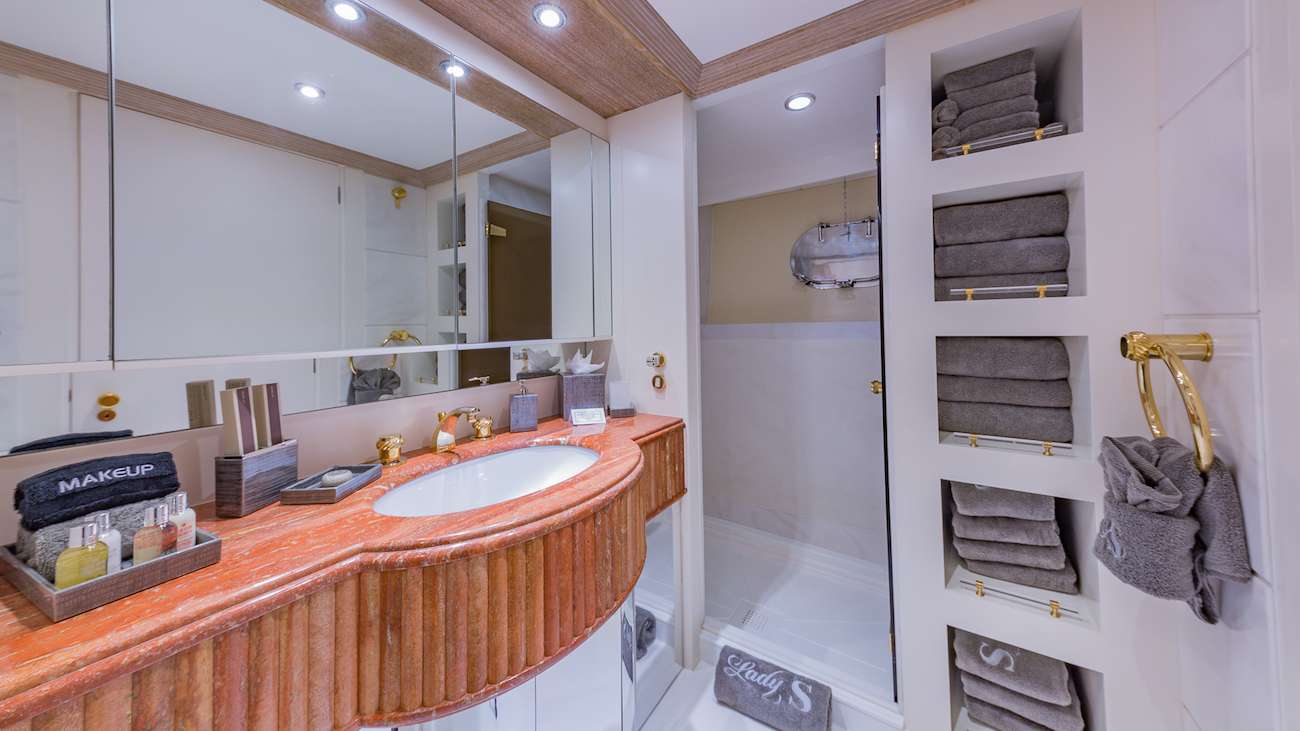 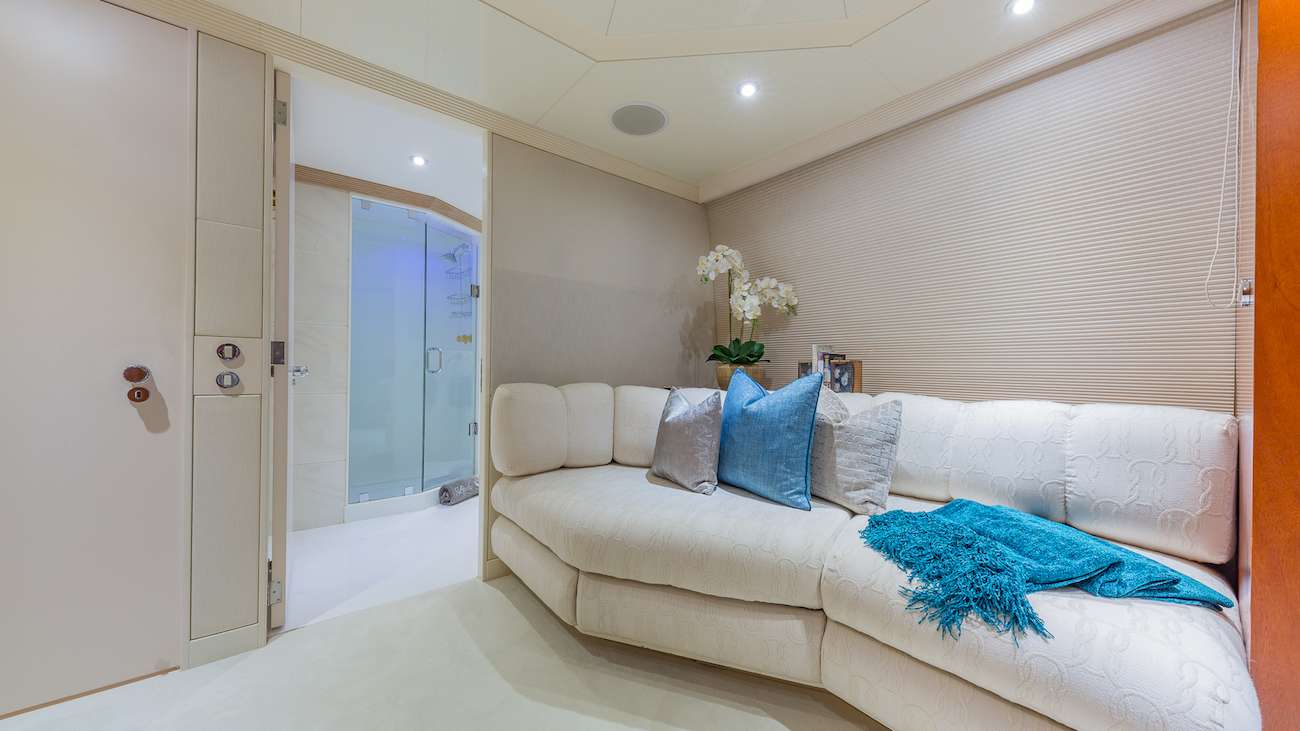 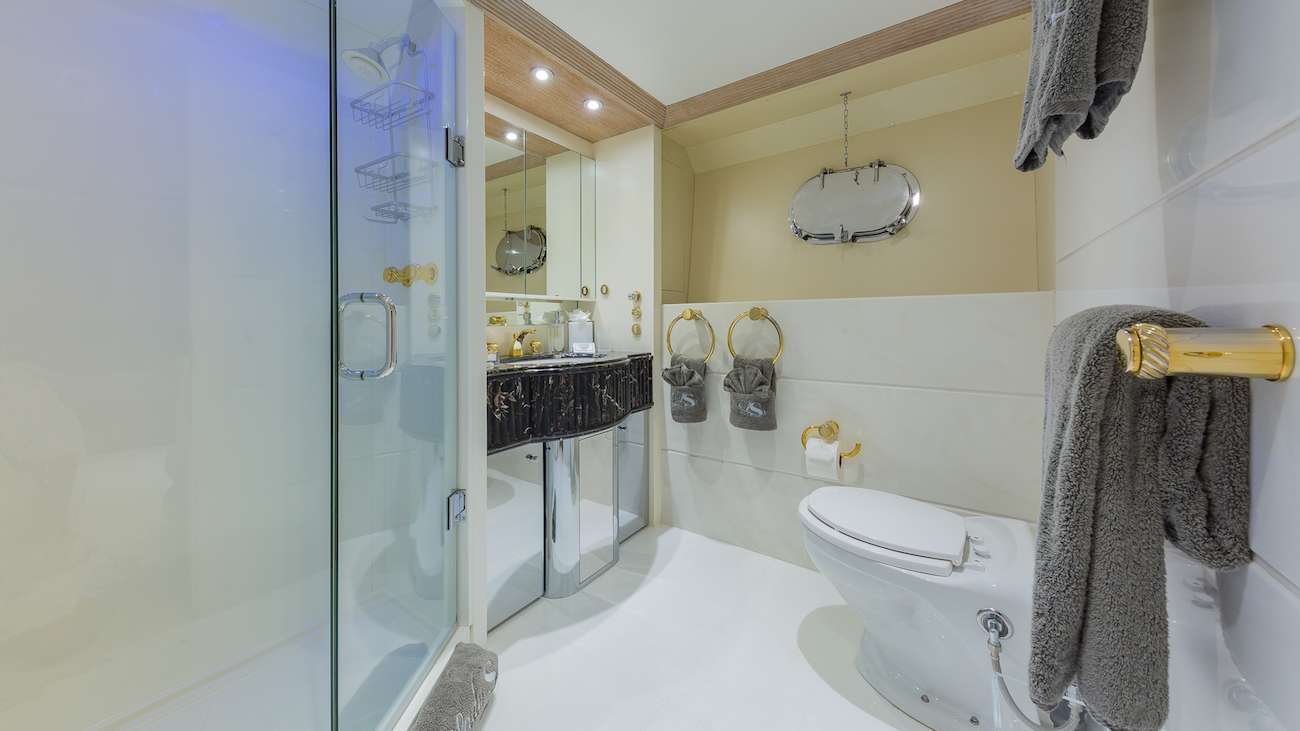 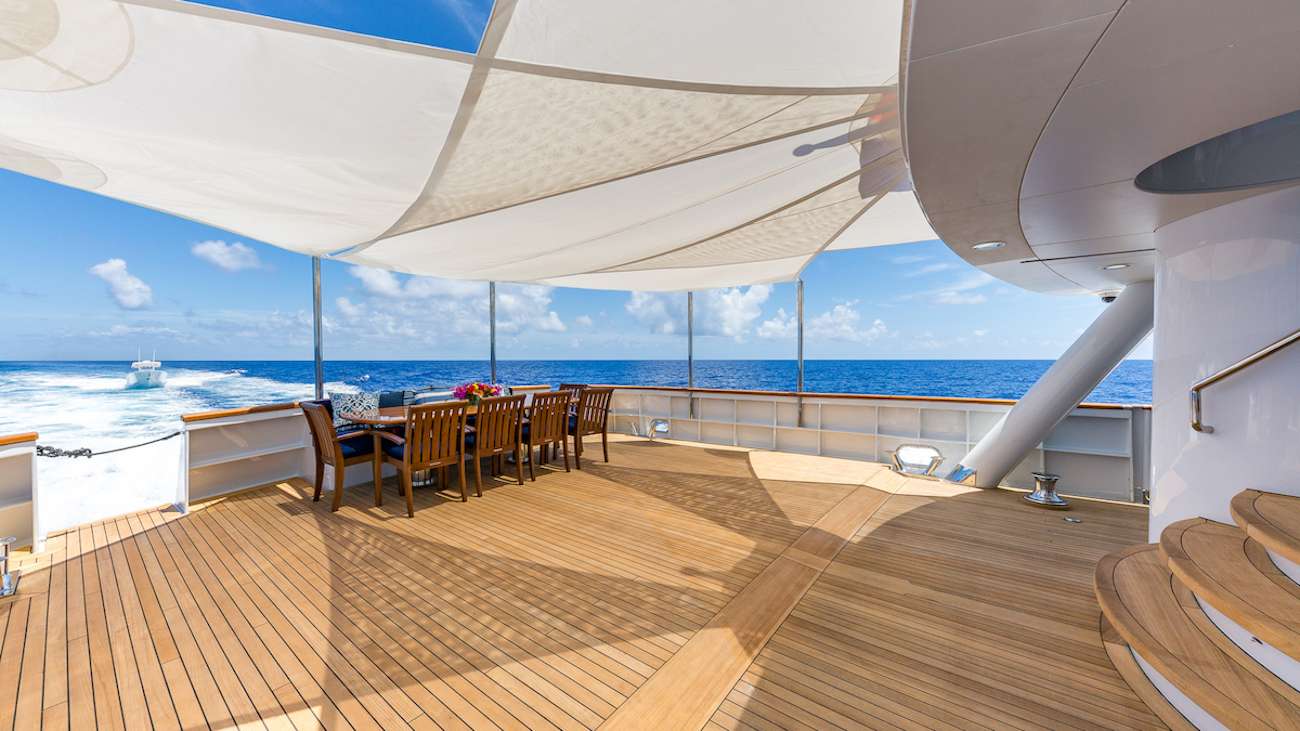 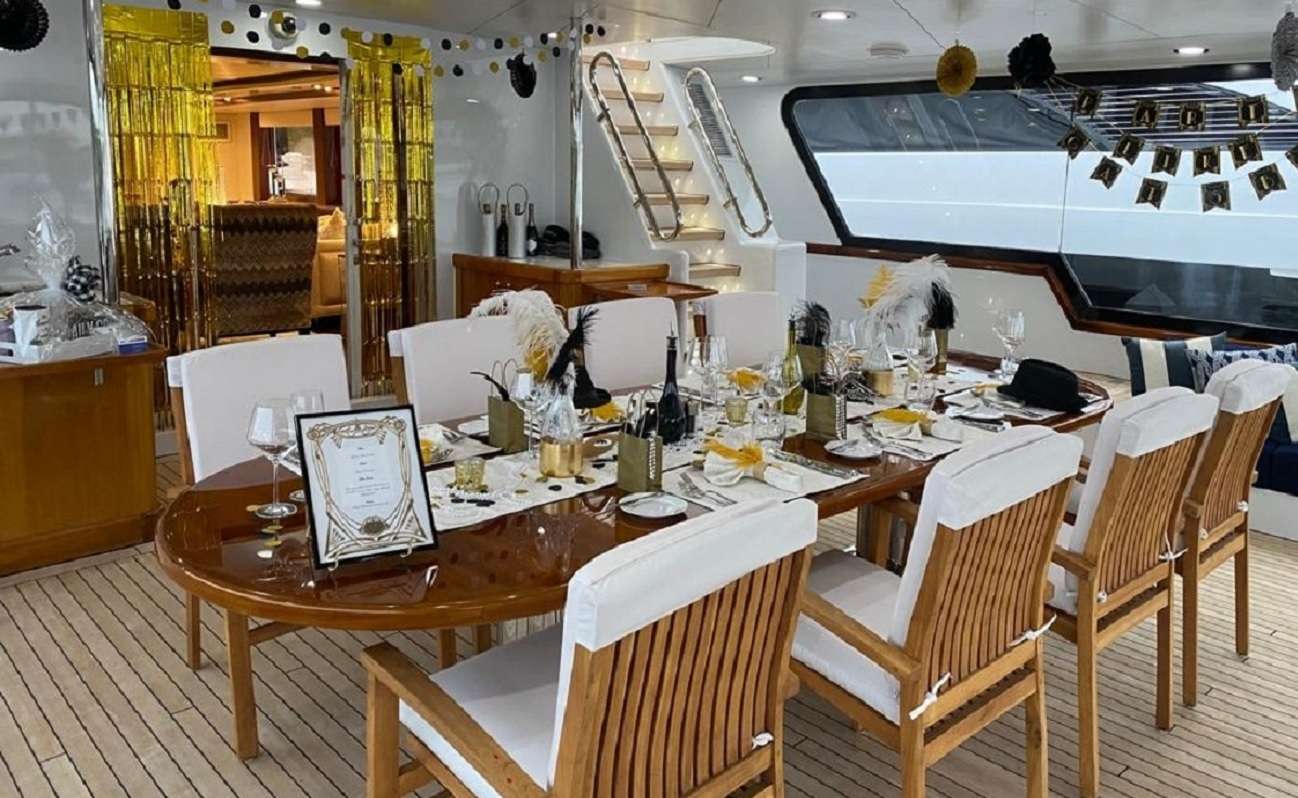 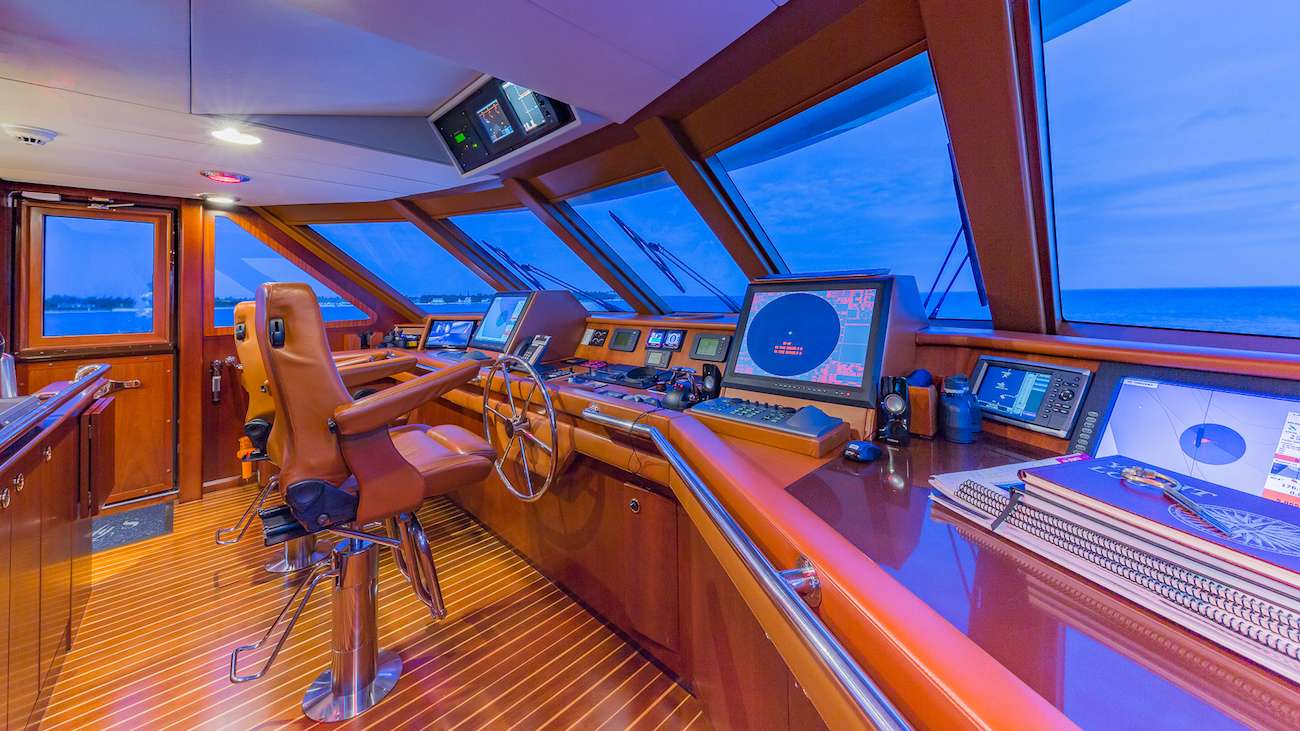 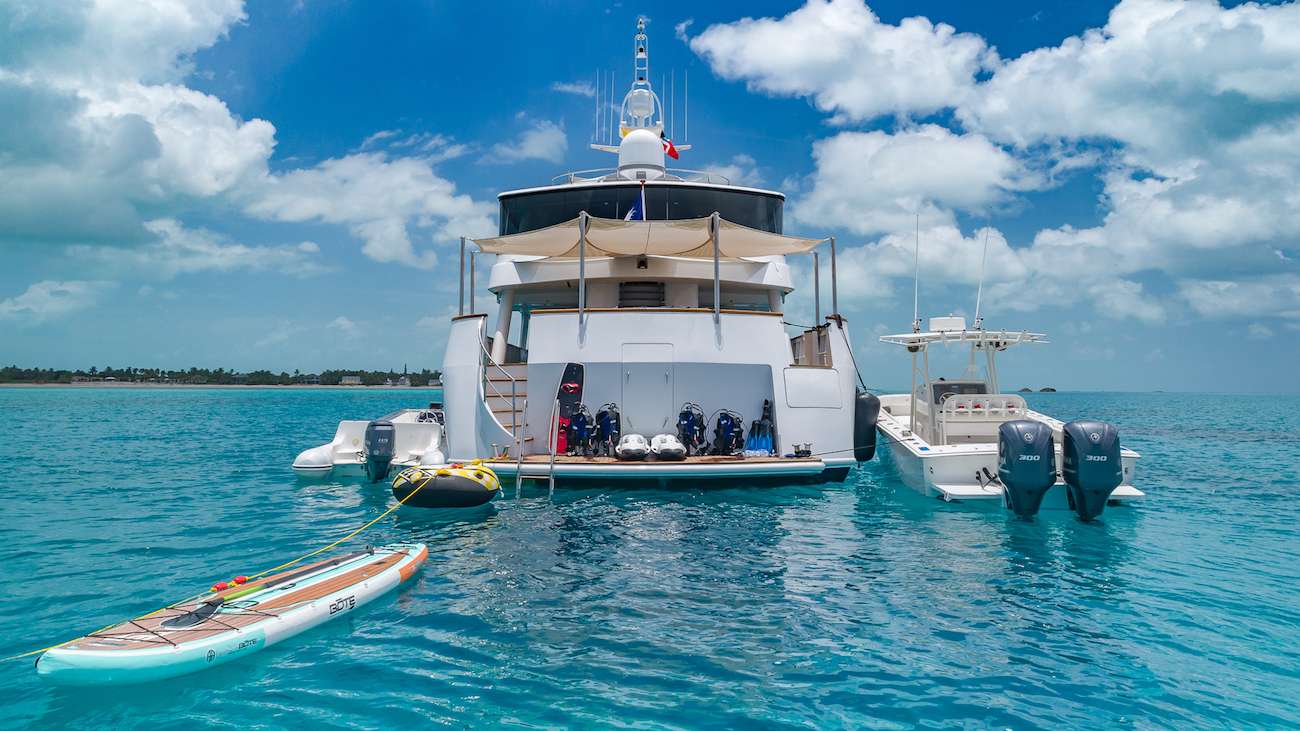 Click Here to Exit
Captain (Rotation)
Shane Reid
Shane is originally from Knysna, South Africa, but now calls Playa Venao, Panama home. He has been a superyacht captain for 16 years, having worked onboard charter yachts, including the ever-popular 130' Westport ARIOSO, the 161' Trinity ANJILIS, and the 198' Trinity SKYFALL. Shane has navigated as far south as Grenada, through the Caribbean, Bahamian Islands, New England, the Mediterranean, and the Pacific. Prior to becoming a yachting professional, Shane was a project manager in the construction industry in South Africa and the United Kingdom. Shane holds a 3000-ton MCA Master Class 4 license and prides himself on running a professional operation that creates a safe and fun environment for guests and crew alike. Shane's interests include surfing, kite-surfing, traveling and enjoying international cuisine.

Captain (Rotation)
Sally-Ann Konigkramer
Sally-Ann grew up on the coast of KZN in a small suburb outside Durban in South Africa. When she finished school, she studied Arts and Music at the University of Kwazulu Natal where she even gave Mozart a run for his money when she took 3rd place in her province for Competitive Classical Performance. After a couple of piano solos Sally decided to pursue her passion for the ocean and obtained her Master 3000 Gross Ton certificate, issued by the Maritime Coast Guard in the United Kingdom. Sally’s interests and hobbies include any water sports, running, extreme workouts, gardening and outdoor activities. She was even the Power lifting Age group Winner at Nova University for dead lifting in 2017. Something funny about Sally is that she cannot go to bed before she’s made her ‘To-do-list’ for the following day, and she likes to beat the sun rising in the mornings. The most important things for her onboard Lady S are having a good crew that delivers the whole package to clients and ensuring Lady S is running smoothly at all times, in all aspects.


First Mate
Grayson McMullen
Grayson grew up on the sunny coast of Durban in South Africa, and in the greatest garden of lions and leopards of the Kruger National Park. Grayson studied Sports Management and Development before he decided to take a leap and finished his Standards of Training, Certification and Watchkeeping (STCW) certificates to join the yachting industry. Not only does Grayson’s interests lay with the ocean but he used to be a professional cricket player, he did provincial deep-sea angling, and loves shooting, sports, fishing and movies…. Grayson is a happy, helpful and patient person. His biggest challenge in life has been having to duck everywhere he goes (6ft4) and one day when he grows up he would like to drive a F1, be retired and win the lottery. Even though Grayson is always ready for a good laugh it’s important for him to run a successful charter program for the owner, guests, captain and crew.

Chief Engineer
Richardo Anderson
Rich was born on one of the most beautiful islands in the Caribbean, Jamaica. At the age of 22 Rich successfully completed and graduated with honours a four year Bachelors Degree in Maritime Heat Engineering at the Caribbean Maritime University. He further went on to receiving his Certificate for Competency (for engineering). For the last 6 years Rich has been in the yachting industry, enjoying travelling, meeting new people and experiencing different cultures. He is a very friendly person and has a wonderful laugh. Rich is mature and sensible and the most important thing for him is to have a clean/drama free work environment where personal growth is encouraged. It is also important for him to fulfil his role as chief engineer to ensure that all machinery and equipment is operational and safety is maintained for everyone onboard, so that guests remain relaxed and comfortable while enjoying all the amenities LADY S has to offer.

Chief Stewardess
Samantha Capper
Sam grew up in Johannesburg, South Africa. After completing high school Sam studied Law at the university of Pretoria, but soon found out that she wanted to explore what the rest of the world had to offer. Sam is a happy, bubbly person with a fantastic sense of humour and thirst for adventure. Sam strives to live a balanced life, so while she is training for her first full marathon, she still finds the time to appreciate a good glass of wine with her family and friends. Sam's yachting career has allowed her to have travelled through the South African, French, Italian and Spanish winelands where she learnt to appreciate some of the finest wines around the world. Sam is a hard worker and thrives in an excellent team environment that Lady S is so proud to have onboard.

Second Stewardess
Sarah Shore
Sarah is from Nashville, TN. She graduated from the College of Charleston with a degree in marine biology, and while there she participated in several oceanographic research cruises aboard the R/V Savannah. Sarah loves giving guided wildlife tours and has a broad range of natural history knowledge about both aquatic and terrestrial wildlife. After her experiences on the research vessel, she decided she wanted to become a crew member on a boat and spend more time at sea. Sarah is a bookworm and has read an extensive list of literature and science fiction classics. She's a champ at Star Wars trivia and keeps up with cutting-edge dank memes on Reddit. Her other hobbies include sailing and diving.

Deckhand / Dive instructor
Garrett McQuiston
Garrett was born in a ‘middle of nowhere’ farming community in Northern Michigan, USA. After high school, Garrett studied engineering at the University of Michigan where he was also a member of the Michigan sailing team (he would love to run a teen sailing / diving adventure summer camp one day). Once finished with University he spent a year in Michigan working to become a PADI scuba instructor. Even though Garrett seems like the ordinary deckhand with hobbies such as diving, fishing and sailing you would never say that he was an All-state wrestler and has a strange likening for mustard on anything. Garrett has a good sense of humour (up to interpretation) and is hard working, that’s why it’s so important for him to have a close, fun, but also hardworking crew.

Deck/Stew
Matthew Burgess
Matt is the live wire on the boat that keeps the crew moral high. He grew up on the dusty streets of Durban South Africa. After school Matt studied BCom Marketing and Business Administration and then majored in Economics. He also has a big passion for sports and played WOB Rugby for eight years. Something funny about Matt as he would describe it would be his charming whit, the twinkle in his eye, his cheeky smile and don’t forget about the devilish sense of humour. He is also convinced that people like Jennifer Anniston, Stephen Hawking and Obama would be attracted to his type of personality…typical Matt, always making sure everyone has a good laugh and a smile on their faces. Even though a light, happy and positive morale is important for Matt he also emphasises the importance of teamwork, respect, cleanliness and honesty onboard the boat, and of course good food.

Chef
Justin Remo
Justin is originally from Allentown Pennsylvania. Before joining the industry in November 2005, he worked in fine dining establishments for more than 10 years. He holds a bachelor’s degree in Hotel Restaurant Management from the Pennsylvania State University where he graduated in 2001 and Professional Chef certifications from the Culinary Institute of America and American Culinary Federation. Justin has also trained in professional kitchens at award winning restaurants, clubs, ranches and resorts, in places such as Philadelphia, NYC, Sonoma County California, Montana and St. Kitts W.I., and also held an Executive Chef position for The Cliffs in upstate South Carolina.
In his free time, Justin enjoys tennis, biking, outdoor activities, live music, sporting events and spending time with friends and family. 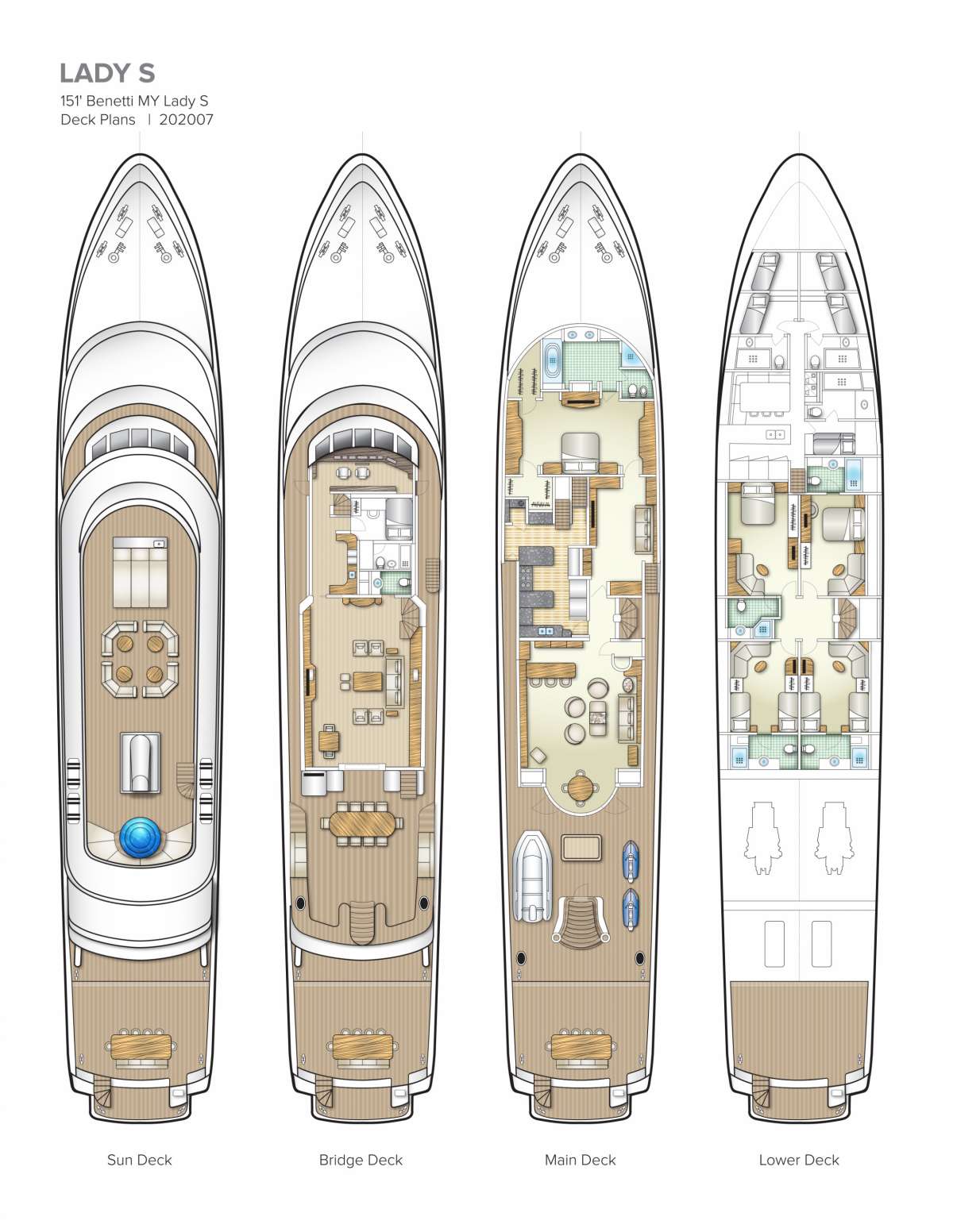