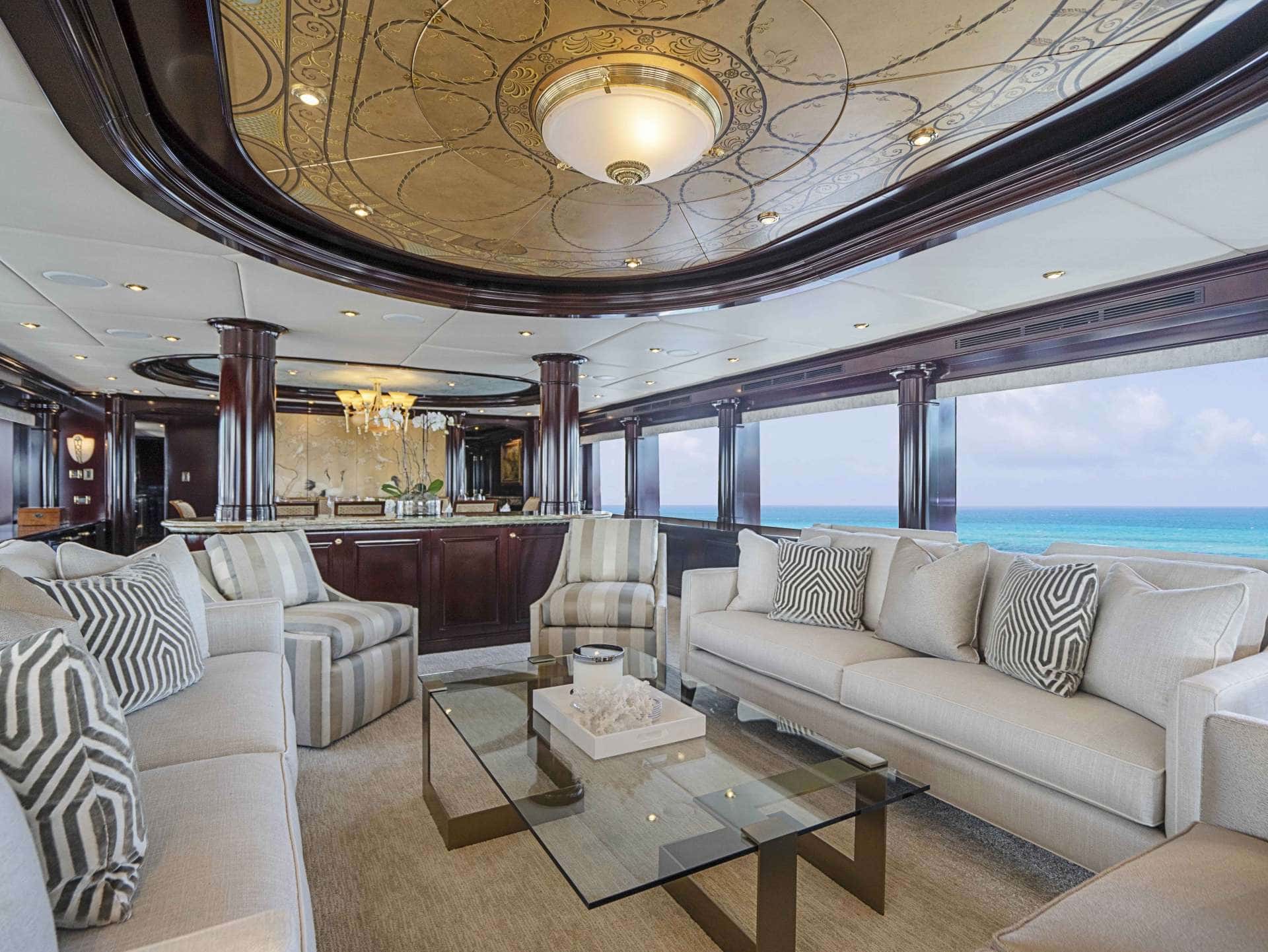 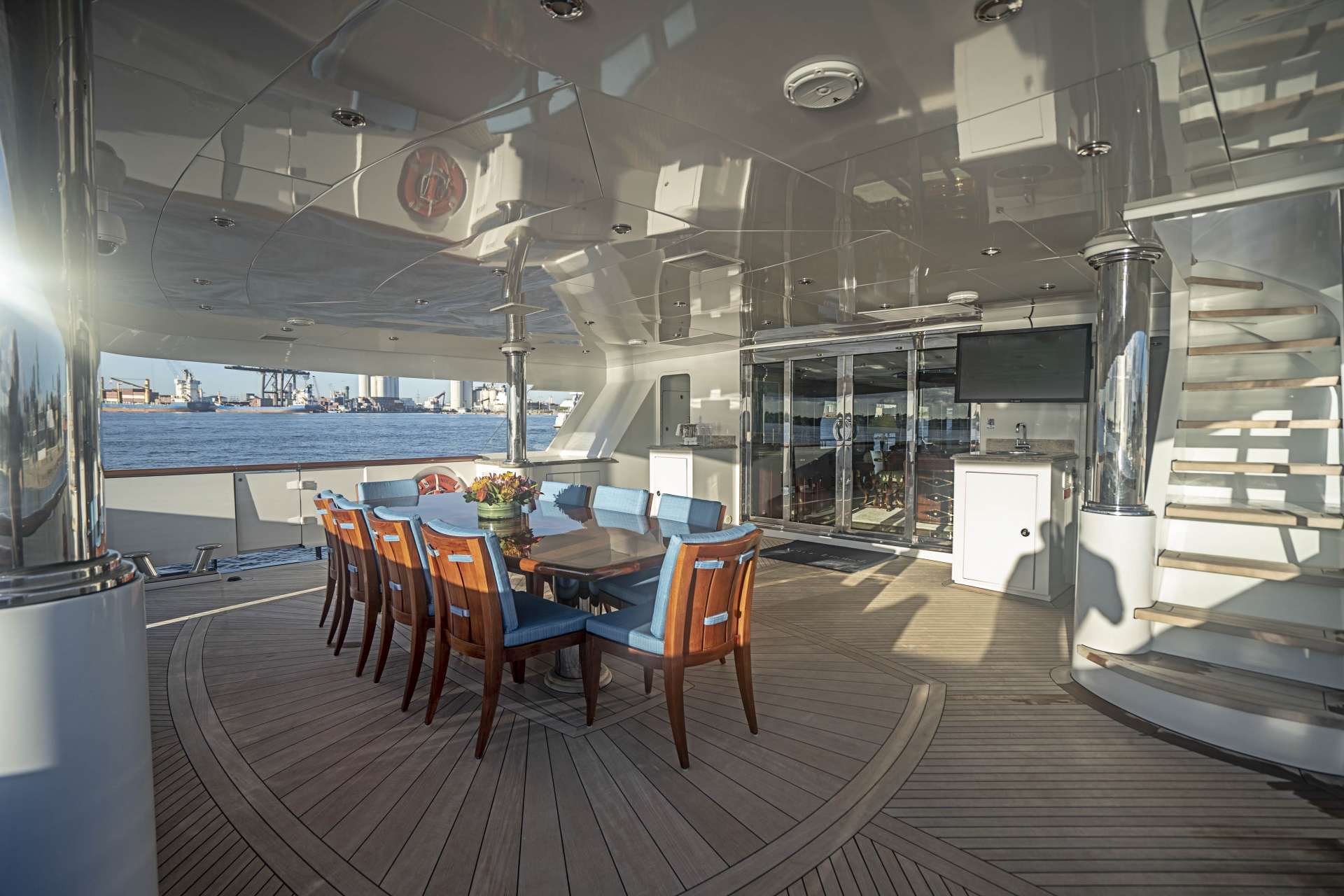 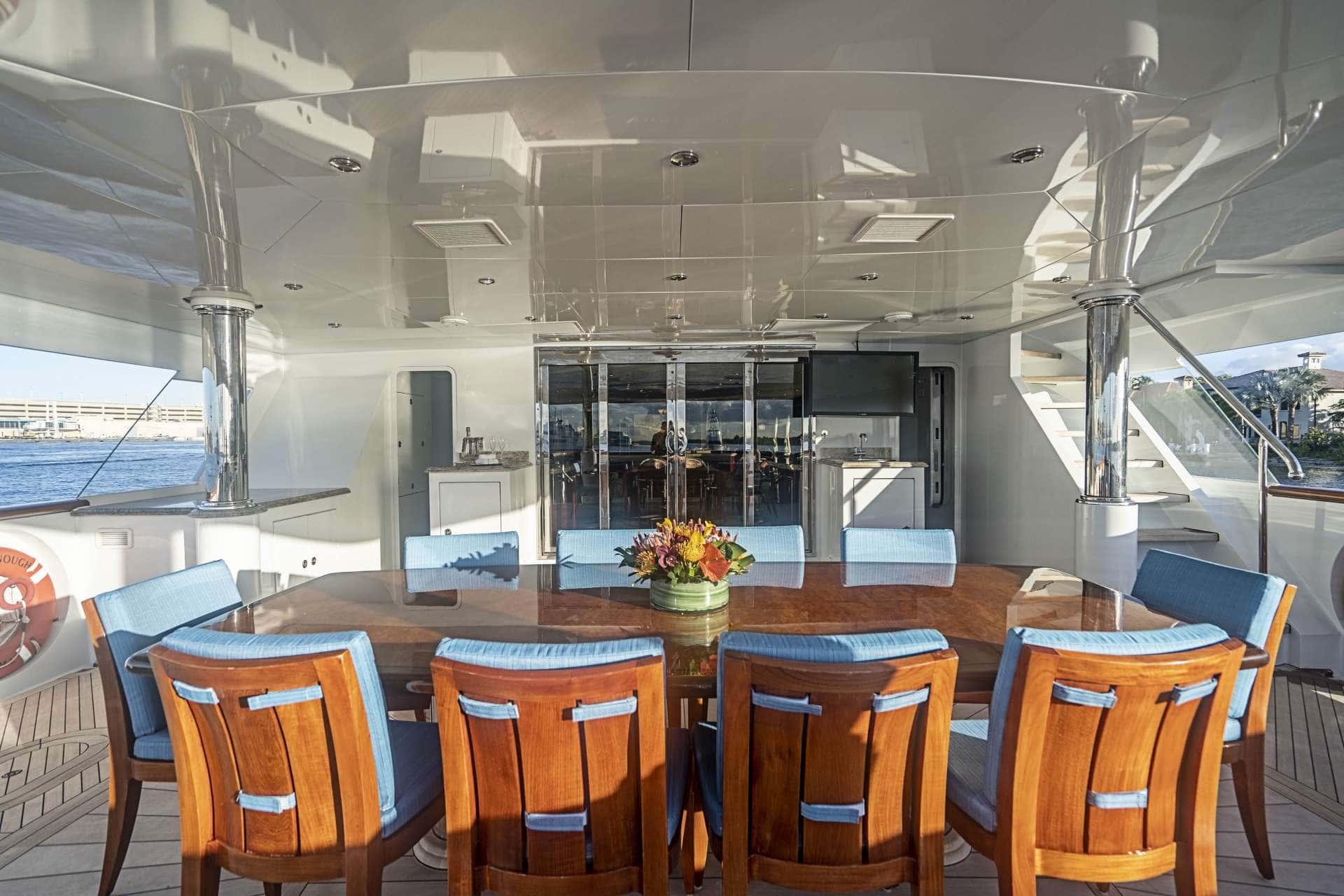 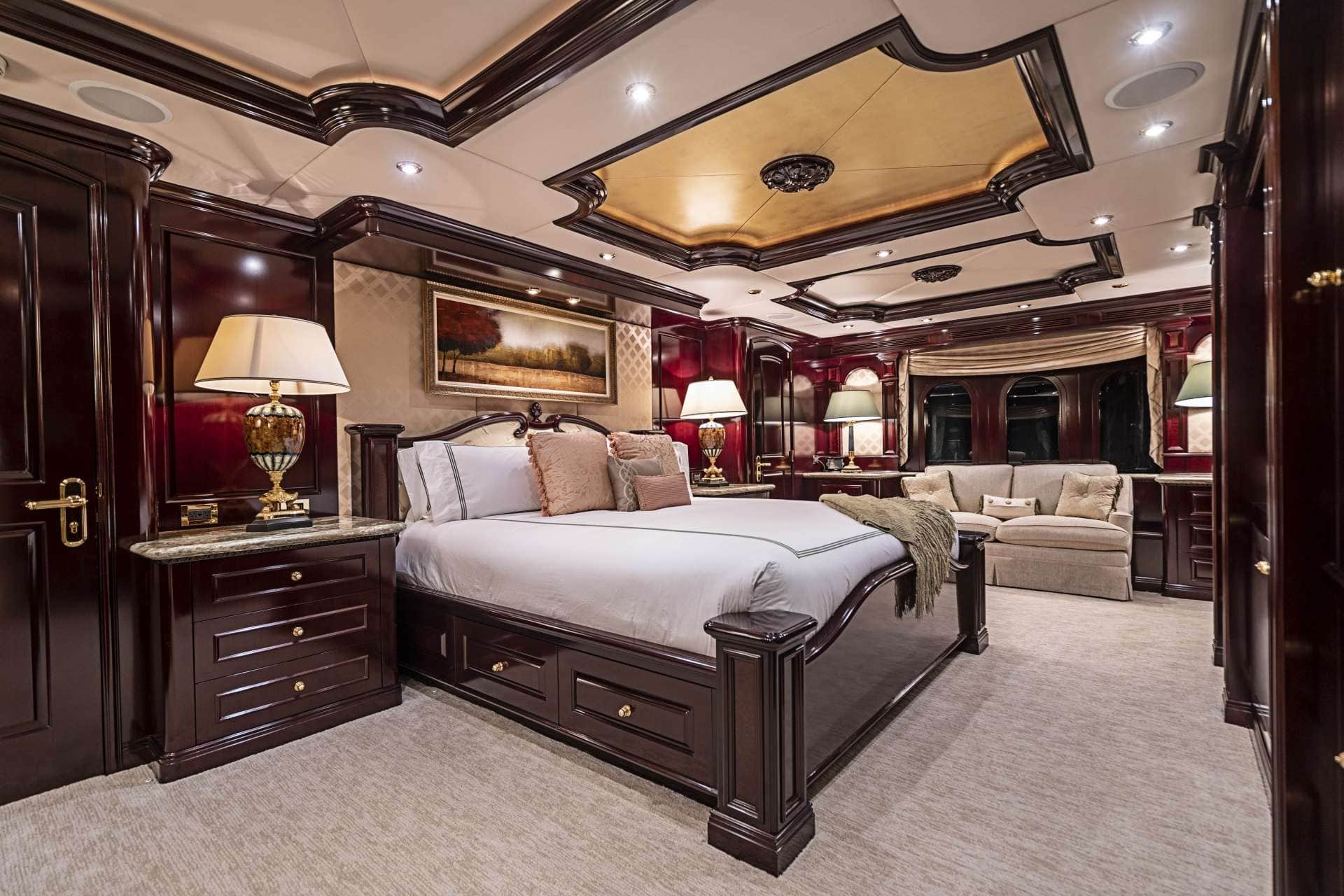 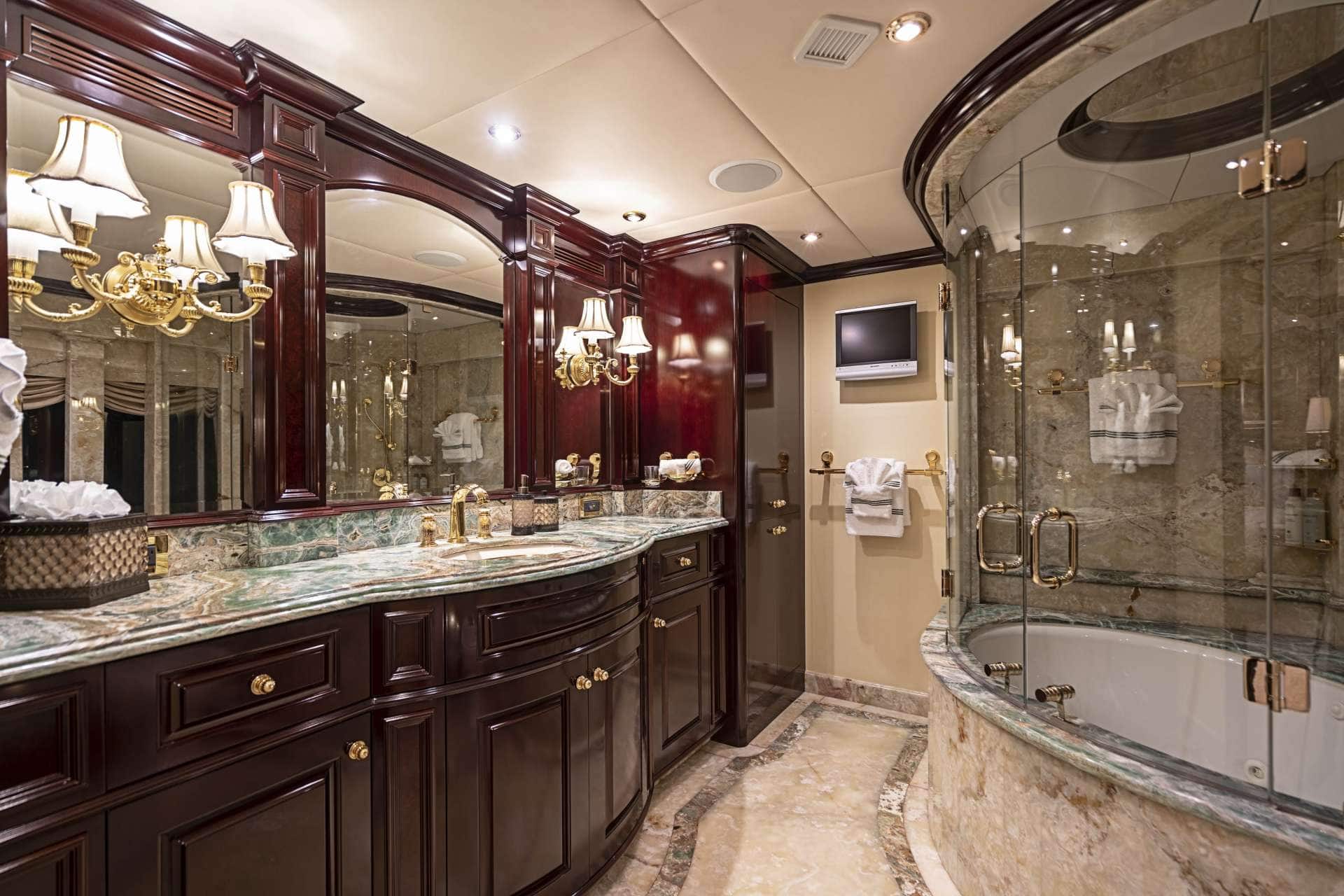 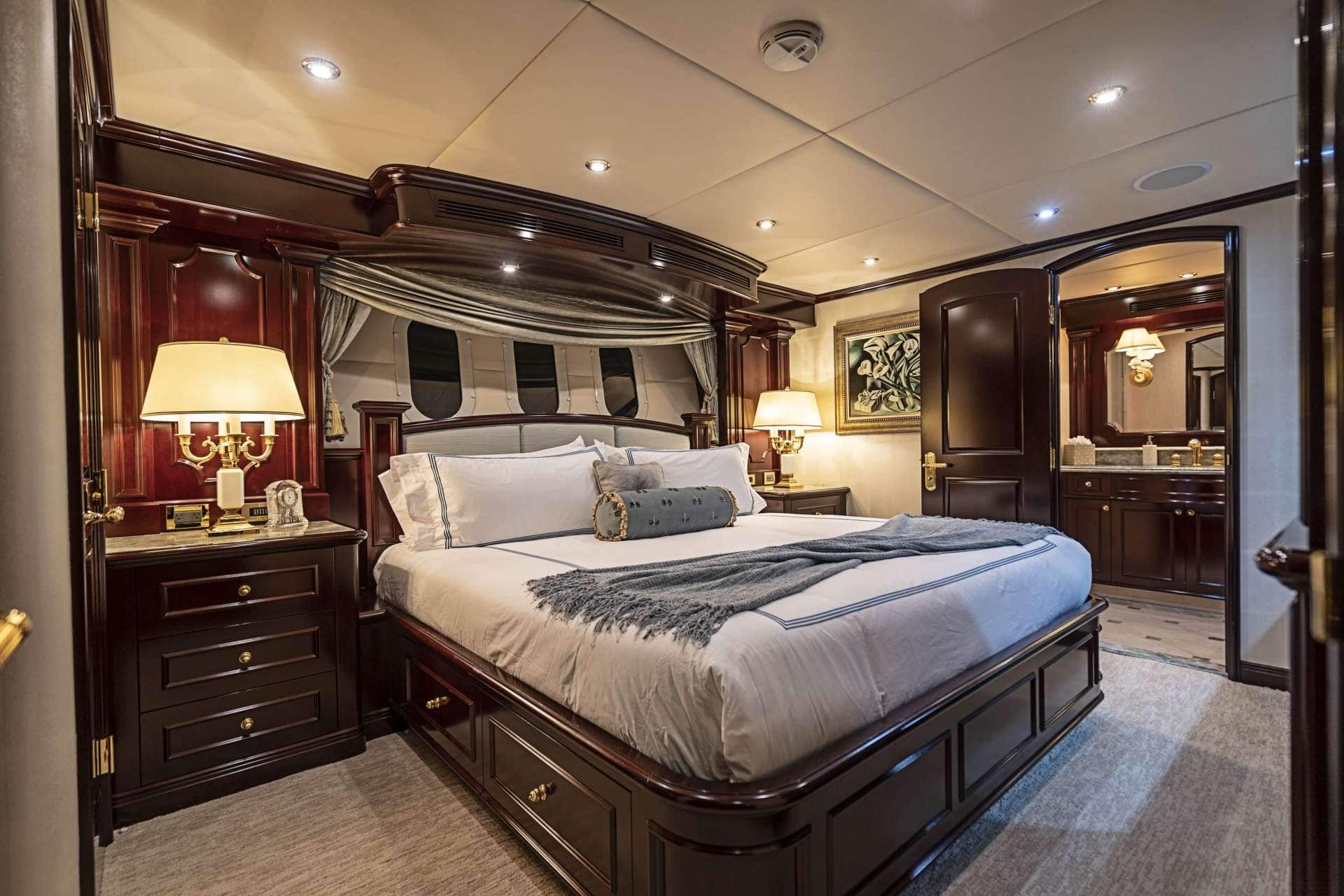 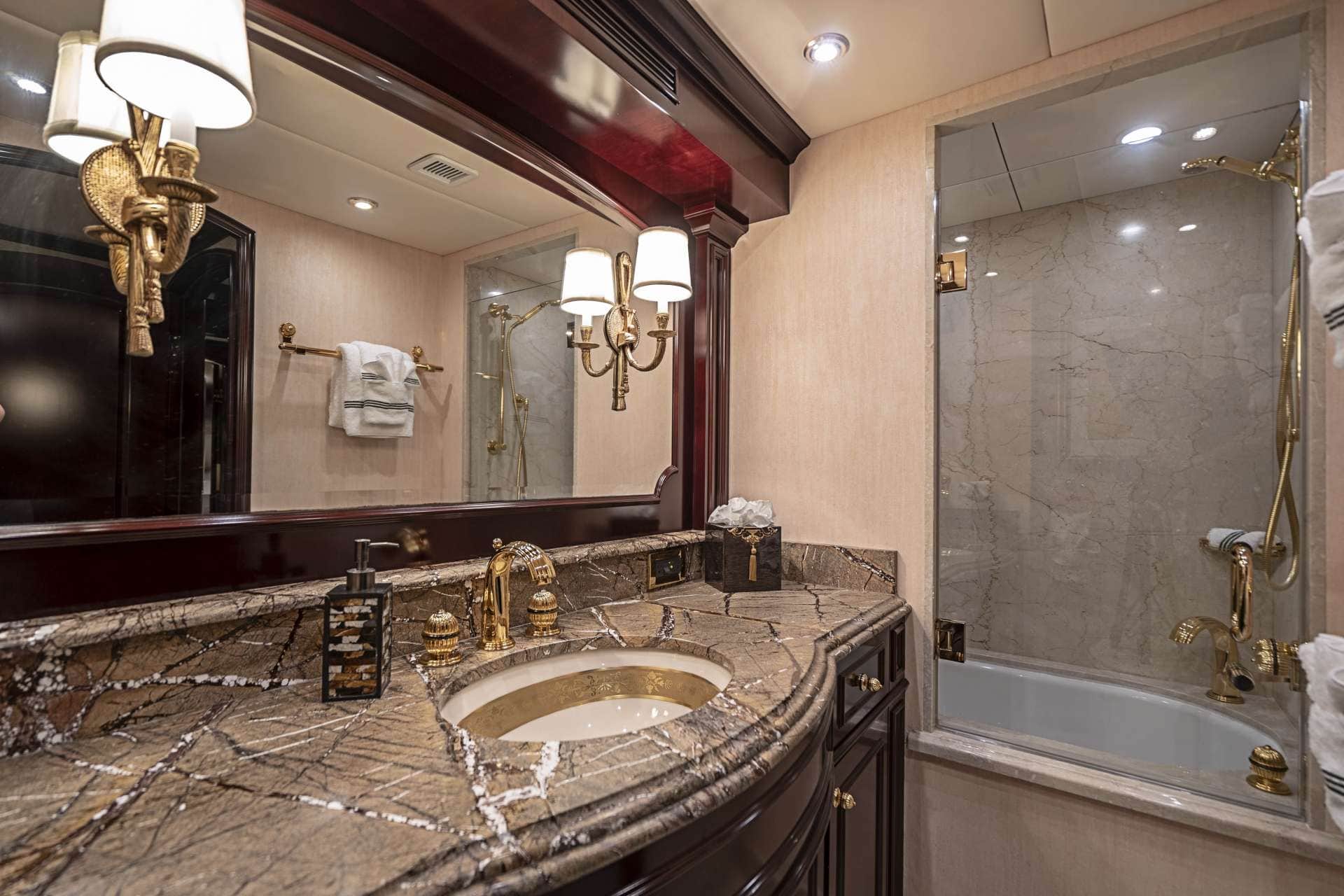 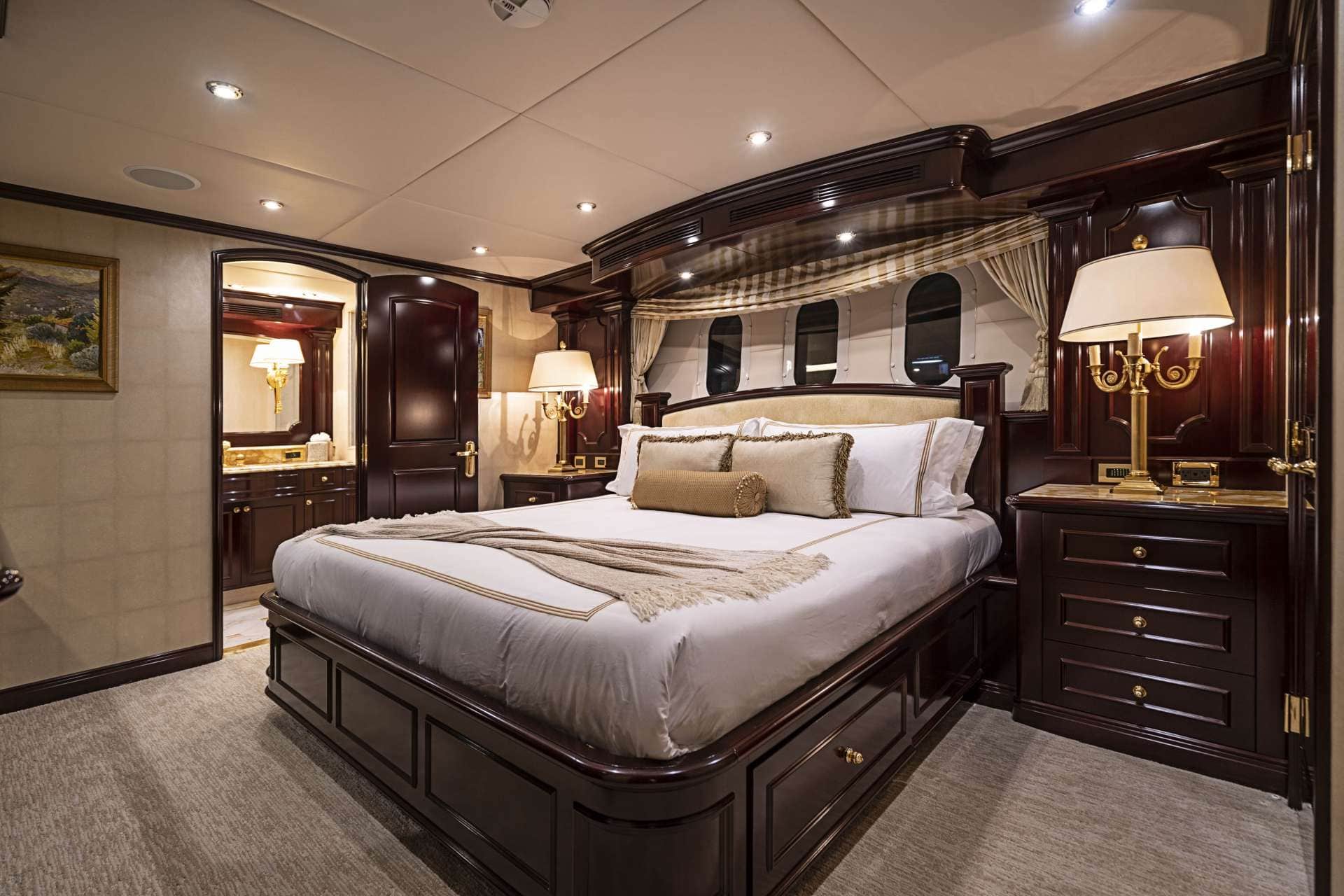 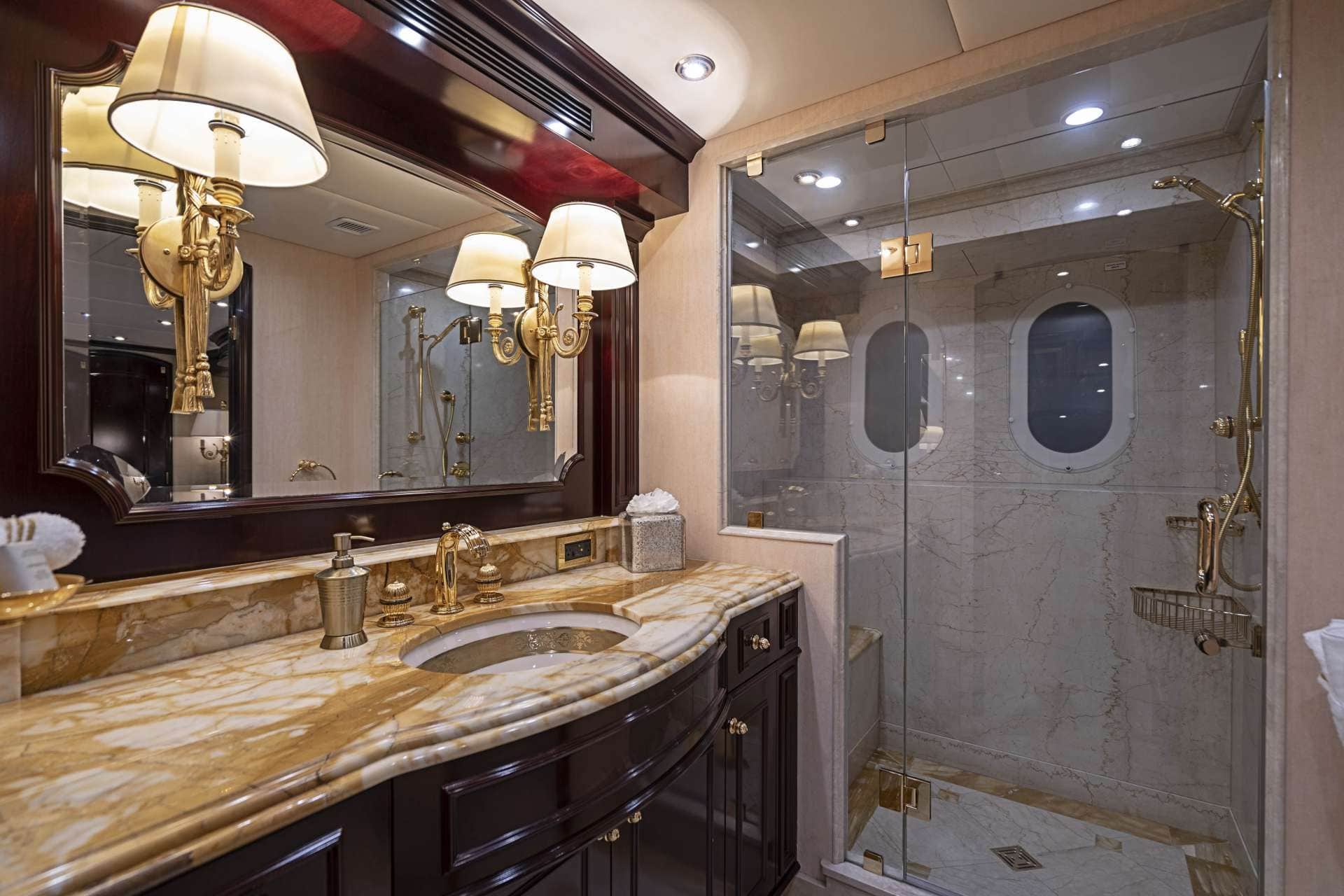 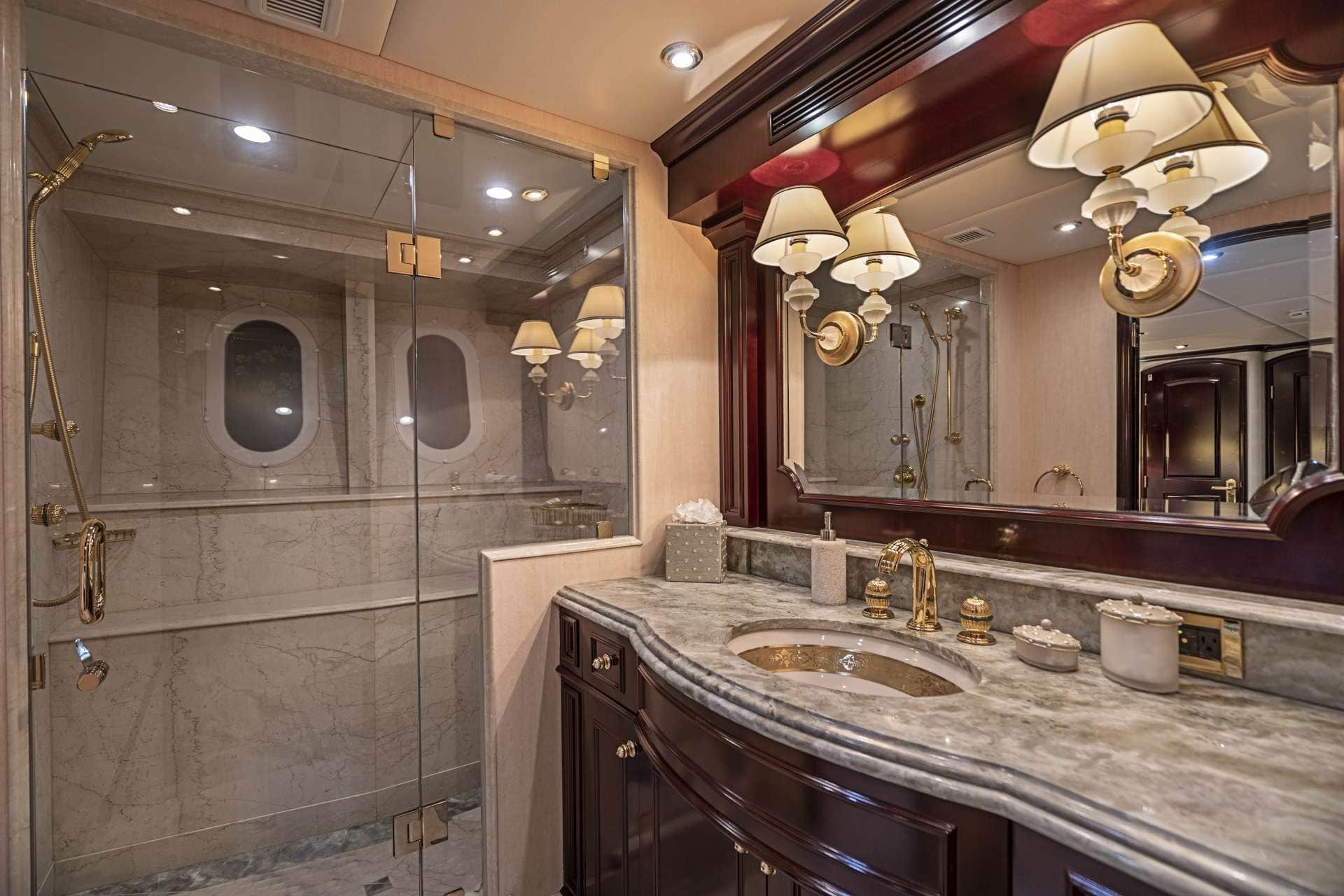 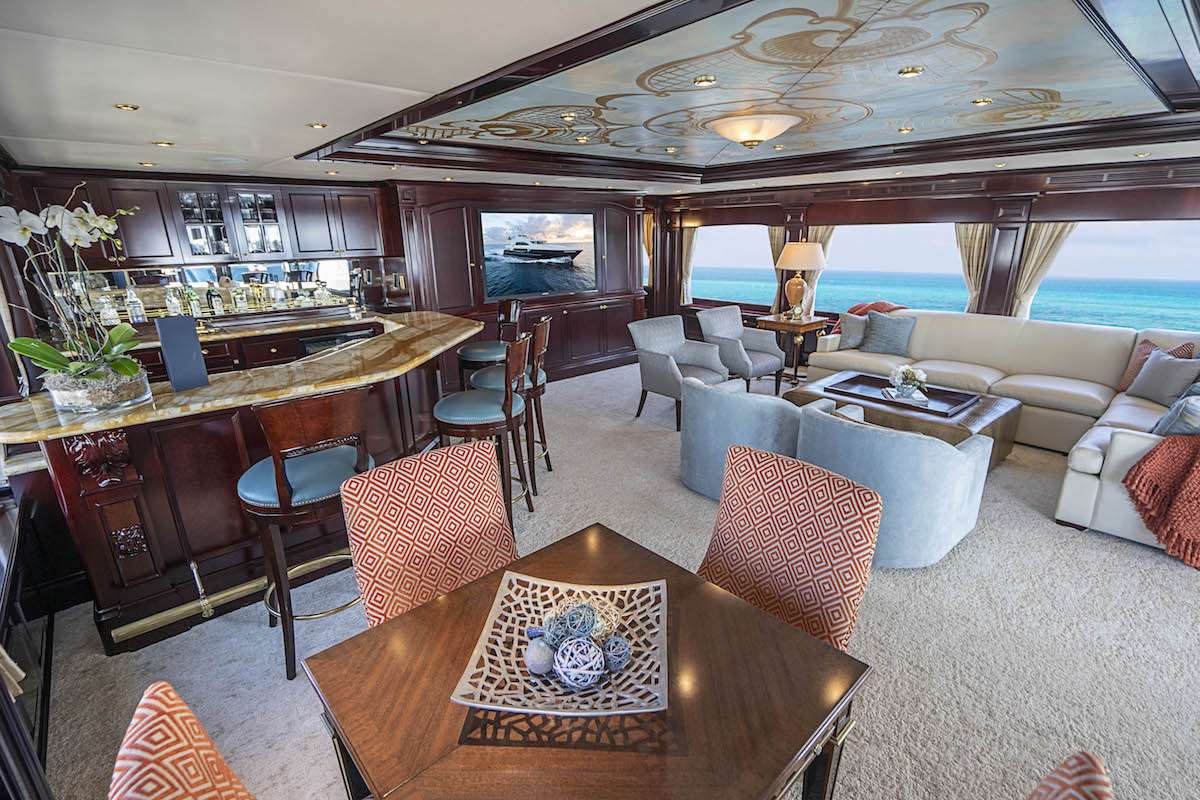 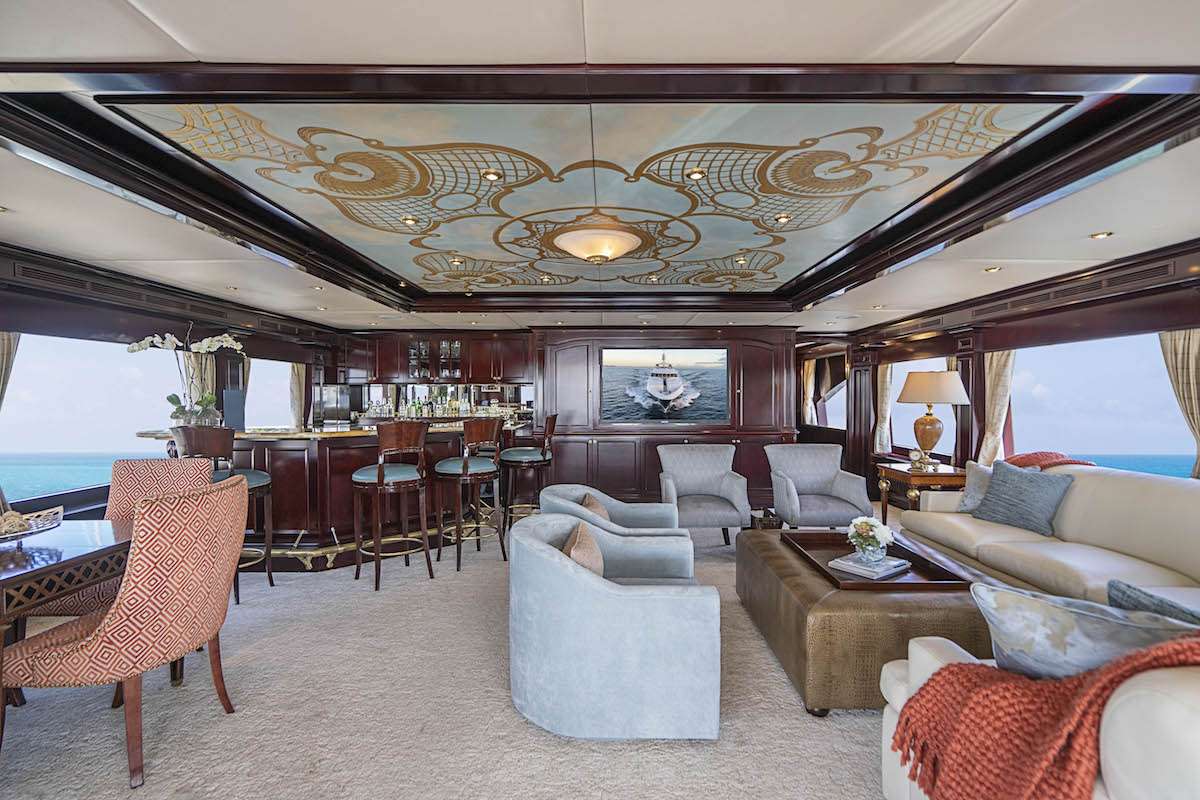 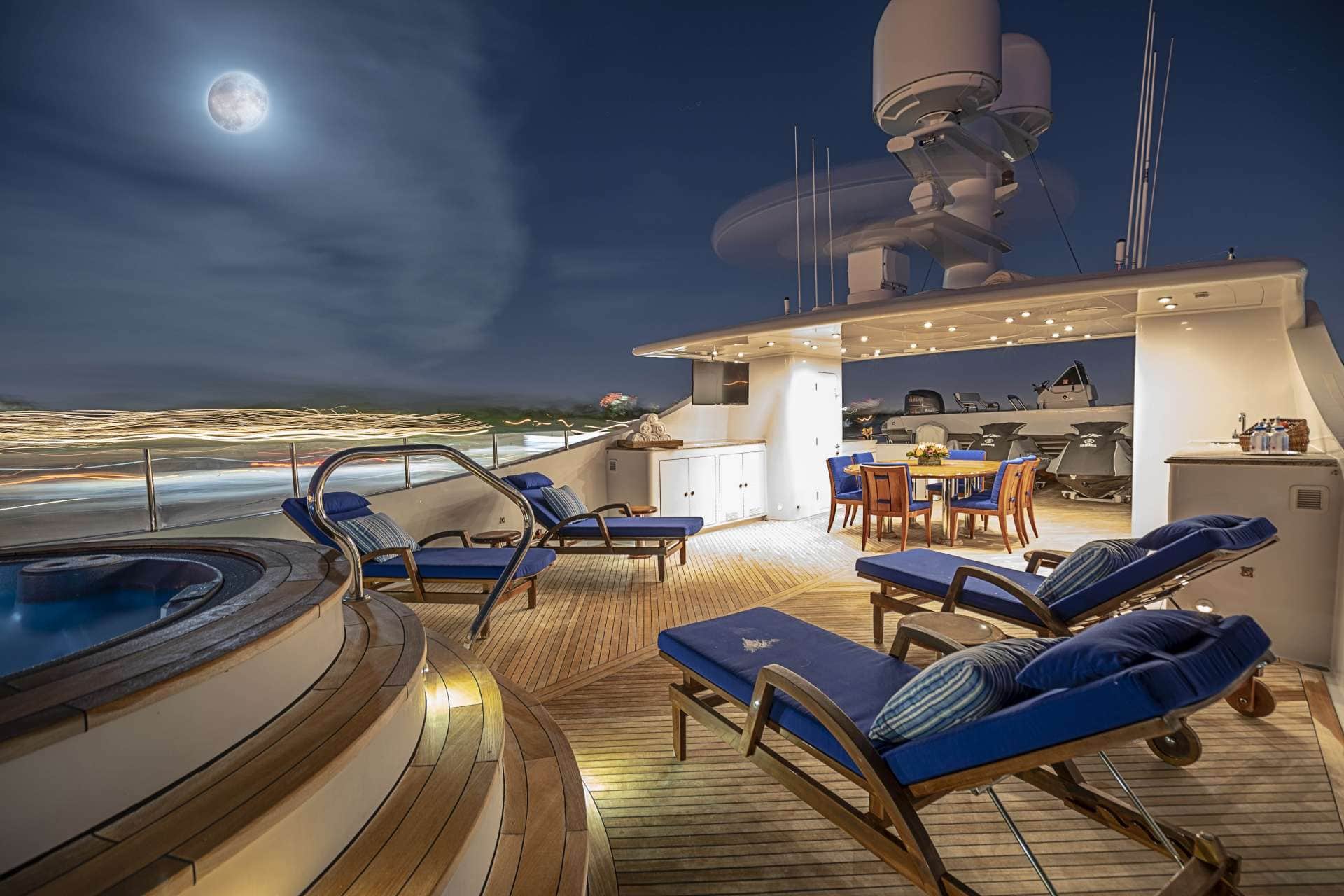 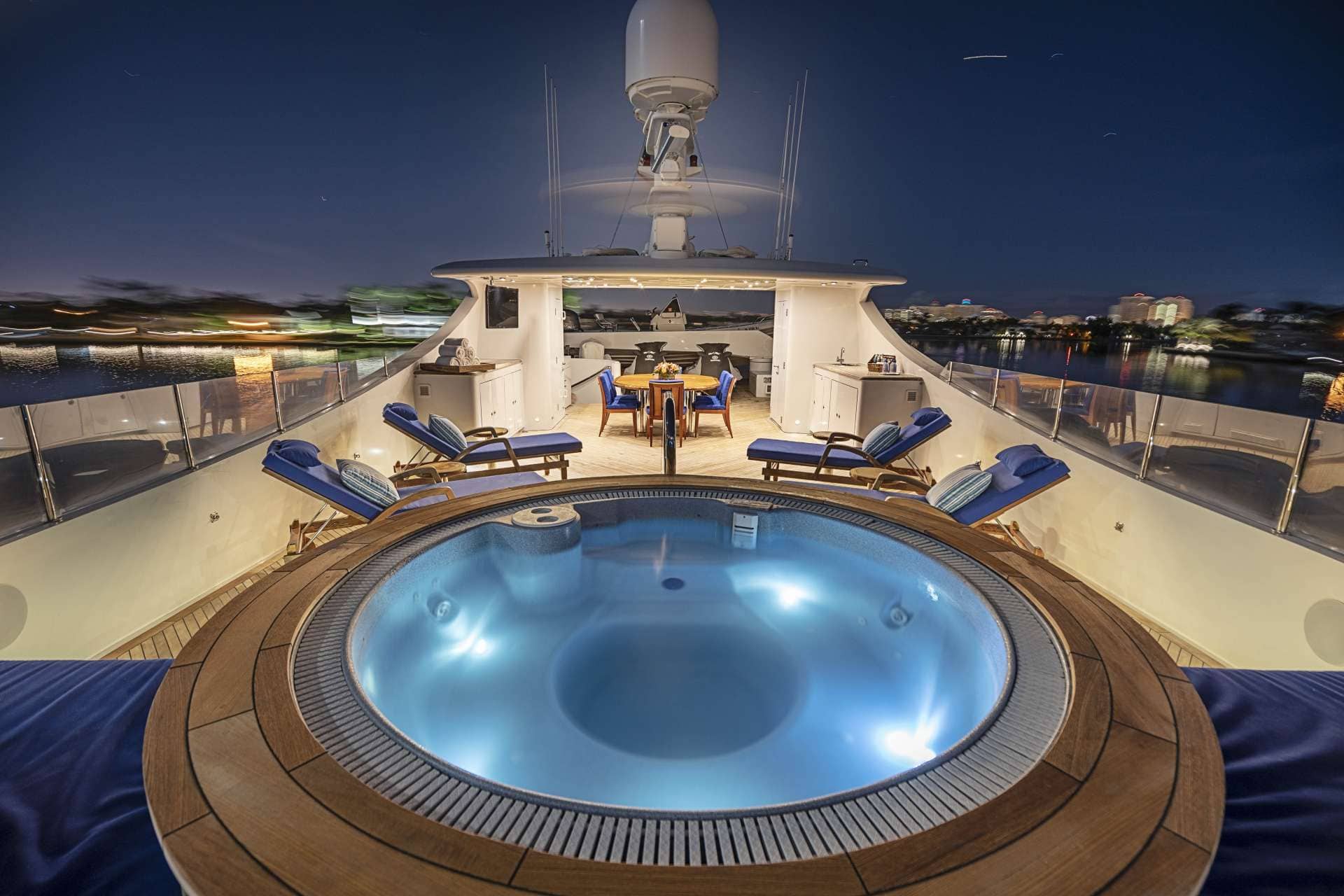 Click Here to Exit
Captain Brandon Freeland
Brandon has been on and around the water since birth. With his father being a yacht captain, his grandfather being president of Bradford Shipyard and his aunt owning a yacht uniform company, you can say that yachting is in his blood. Brandon has been driving boats since a very young age. When he was 9 years old he discovered sailing and starting sailing Optimist Dinghy’s at the Fort Lauderdale Yacht Club. By the age of 14 he was ranked #1 in the USA and got to represent the USA in Peru, Canada and China at the South American Championships, North American Championships and World Optimist Dinghy Championships, respectively. Brandon spent 6 months at the United States Coast Guard Academy and then a year at the University of South Florida before the sea called him back. He started working on yachts at the age of 19 and had his first command at the age of 24. Since then, Brandon has worked with many different yacht programs including building up a charter program on a brand new Sunseeker that had great success and many happy charter clients. One of those clients enjoyed the charters so much that after his second charter he went on to buy his own 150’ yacht with the help of Brandon. Brandon has an immense passion for the ocean which he likes to share with all his guest. Brandon’s hobbies include freediving, scuba diving, onewheeling, camping, traveling and many other outdoor activities.


First Officer Rob Anderson
Having grown up in central Florida Rob developed his love of the water at a young age. He dove headfirst into the maritime world and has quickly become one of the most versatile crew members in the industry with experience as an engineer, first officer, and captain. Rob has a meticulous eye for detail, with his extensive knowledge of the Caribbean and easy-going leadership style and outstanding professionalism to ensure the best possible experience for guests.


Chief Engineer Bruce Strafford
Bruce was born and raised in Sag Harbor, NY. After serving 5 years in the US Army, he decided to travel the world for a few years where he explored many faraway places including most of Europe, Australia, Japan, and Thailand. During his travel adventures, he also pursued his childhood dream of racing superbikes at the highest level. The Spanish championship and British Superbike Championship is where he found a great amount of support to help him achieve his dream. He completed 2 seasons abroad and had several top 10’s with full grids of their country’s best racers. Most of his hobbies including working on cars, house projects, scuba diving and fishing. In 2020 during Covid, Bruce decided to return to the states where he landed in Key Largo, FL. Here he completed his PADI Instructor Development Course. He is an active PADI Instructor with numerous specialties and has logged over 1,000 dives throughout his lifetime. He has an extensive background in diesel, hydraulics and electrical.


Bosun John Scheck
John grew up in central Florida between the east and the west coast, in an area known as the chain of lakes. This fueled his passion for boating as he began fishing and diving both coasts of Florida at a young age. A few of John’s hobbies include motocross, snowboarding, fishing, free diving, scuba diving, and multiple water sports. He moved to Fort Lauderdale, FL in 2018 to start his training and pursue his passion in yachting. Having spent the last few years traveling between New England and the Exumas, John has the skills needed to ensure an awesome, safe trip. On his off time, you can find him at the motocross tracks, on the ski slopes or on the water with his friends and family.


Deckhand Jenna Meurer
Jenna was born and raised in Fond du Lac, Wisconsin. Her first boating experience was on lake Winnebago in the summers with family and friends. After her college years of studying abroad in Spain she knew that traveling was where her heart was, and she started considering yachting. She has now been in yachting for 3 years, on a variety of boats, and loves her new career path. Safety of guests and crew is always a priority of hers. She loves looking after the exterior of the vessel and making the boat shine! On Jenna’s off time, she likes to skateboard, read books, or spend more time on the water.


Chief Steward James Stavrinos
James is originally from Connecticut where he grew up in a family of avid boaters and he has enjoyed being on the water from an early age. Early on he realized that doing what you love ensures a happy life and thus he began his career in yachting. Over the years he has worked in every position onboard some of the finest yachts ranging from 42’- 280’, traveling extensively throughout the Caribbean, Mediterranean, Adriatic, Atlantic and Pacific. Ask him about a place on your bucket list and he will probably have an interesting story to share. The opportunity to look after the beautiful Miss Christine, her guests and crew is what keeps him young and grateful.


Stewardess Kayla Hershberger
Kayla was born and raised in the small town of Syracuse, Indiana. She grew up on a lake and has always loved spending time on the water boating. Kayla completed her university studies in Elementary Education with a minor in Special Education while also continuing her hobby of swimming throughout her college years. In her free time, she loves to hike, wake surf, travel, and spend quality time with family and friends. Kayla was first exposed to the hospitality industry when she moved to Montana and worked at Glacier National Park during her summer off school. Proceeding college, she began her teaching career as an elementary special education. On a school break, she took a trip to her family’s condo in Atlantis where she grew up going to as a child and where her love for travel and discovery of yachting began. Walking down the docks in Nassau, Kayla had always dreamed of working on a yacht. During that trip, Kayla decided to follow her dreams and pursue a career in yachting. Following that school year, she said a bittersweet goodbye to her sweet students and completed the necessary courses to become a stewardess. Kayla started on her first yacht in 2021 and is overjoyed with her position aboard the lovely Miss Christine.


Chef SaraJane McCann
SarahJane is an adventurous chef that has been in the yachting and hospitality industry for over 18 years. She has sailed the entire North American seaboard, Bahamas, Central America, Mexico and Caribbean gaining her 100ton MMC. In 2009 after studying courses towards a Hospitality Management Degree from East Carolina University in North Carolina and working for high-end corporate restaurants she set out for island life and the open ocean. Working on luxury sailing vessels and mega yachts for the past 13 years Chef SarahJane has vast experience as a gourmet chef, both on land and at sea, catering to any taste and dietary needs. She also likes keeping active with scuba diving, snorkeling, various styles of yoga, hiking, and paddle boarding. While not on charter she travels seeking out museums, galleries, and culinary experiences from different cultures while enjoying the diversity this world has to offer. 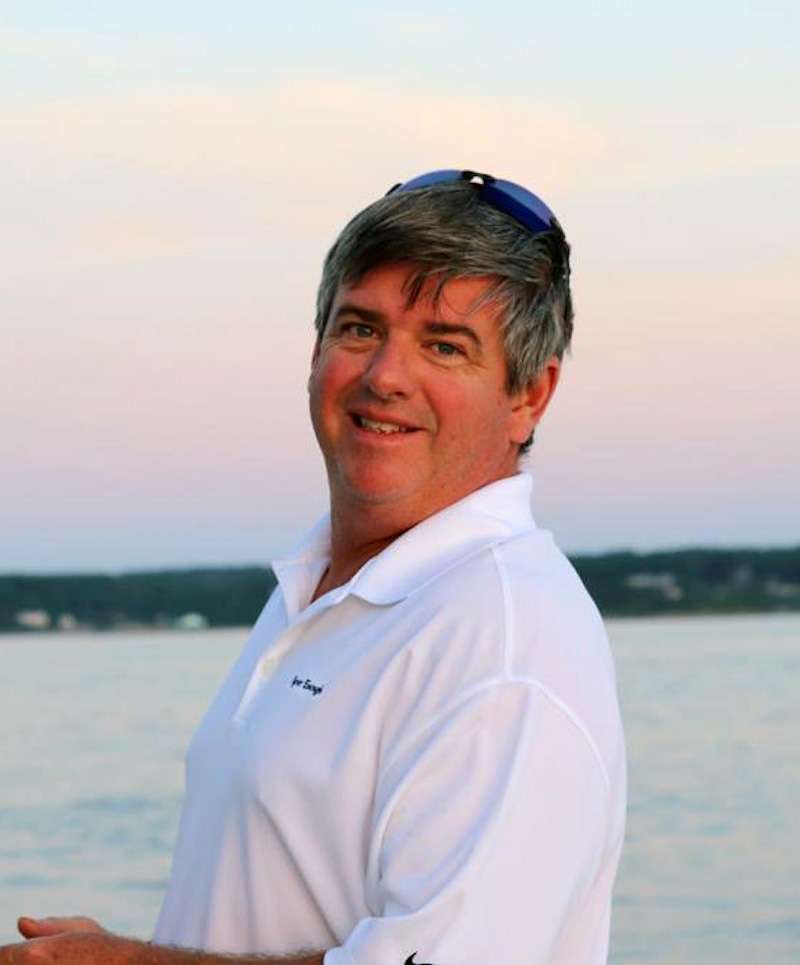 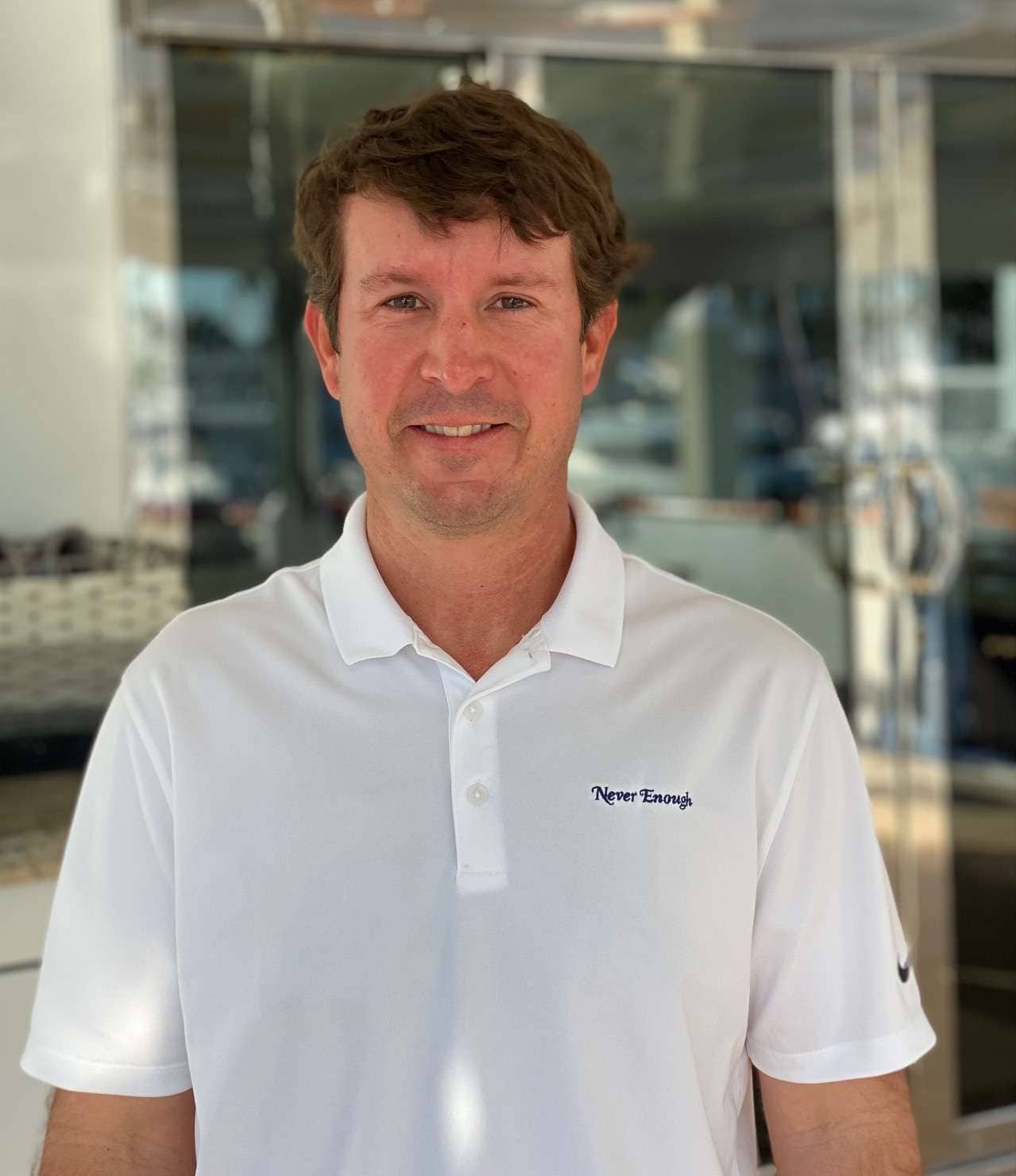 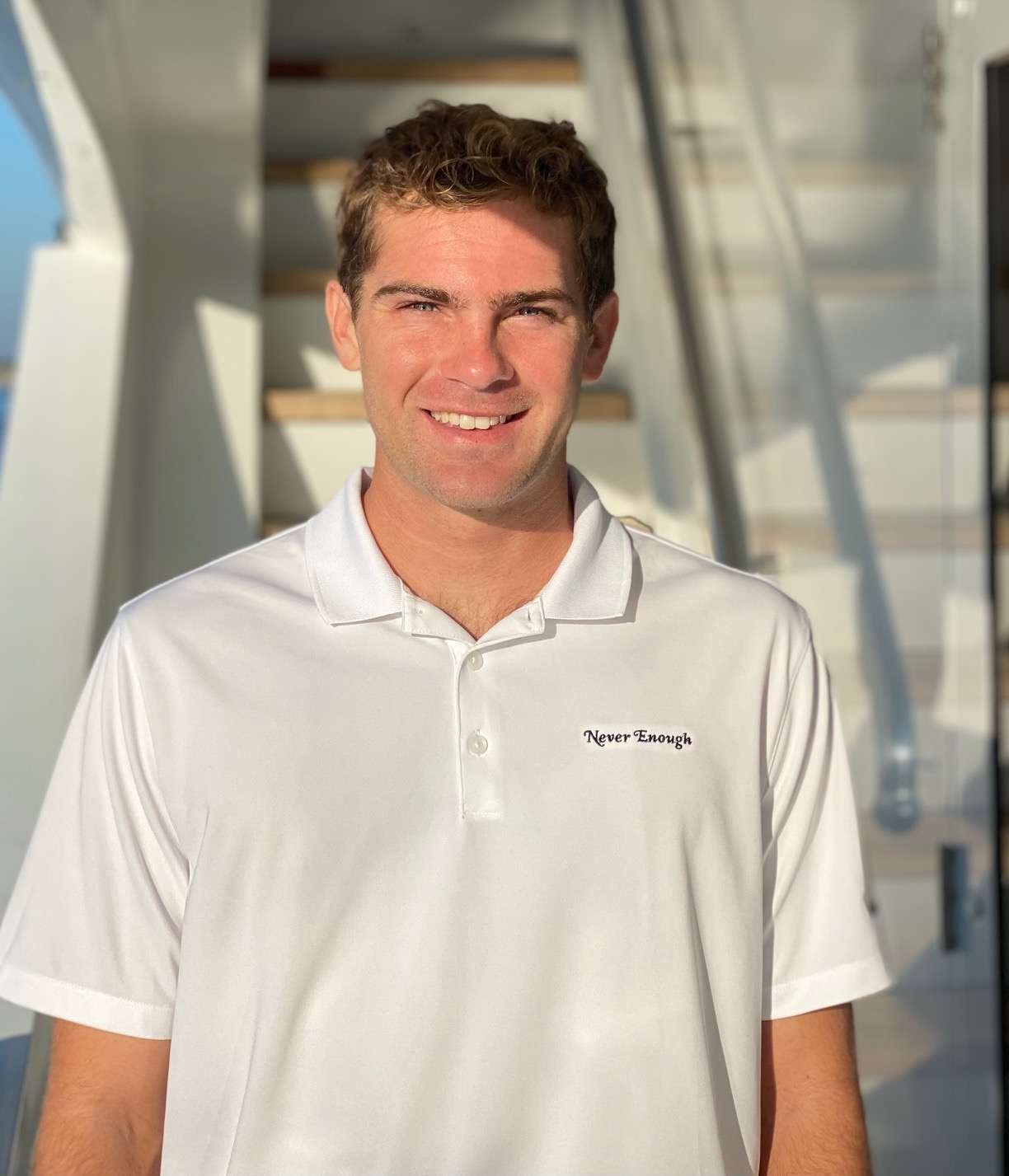 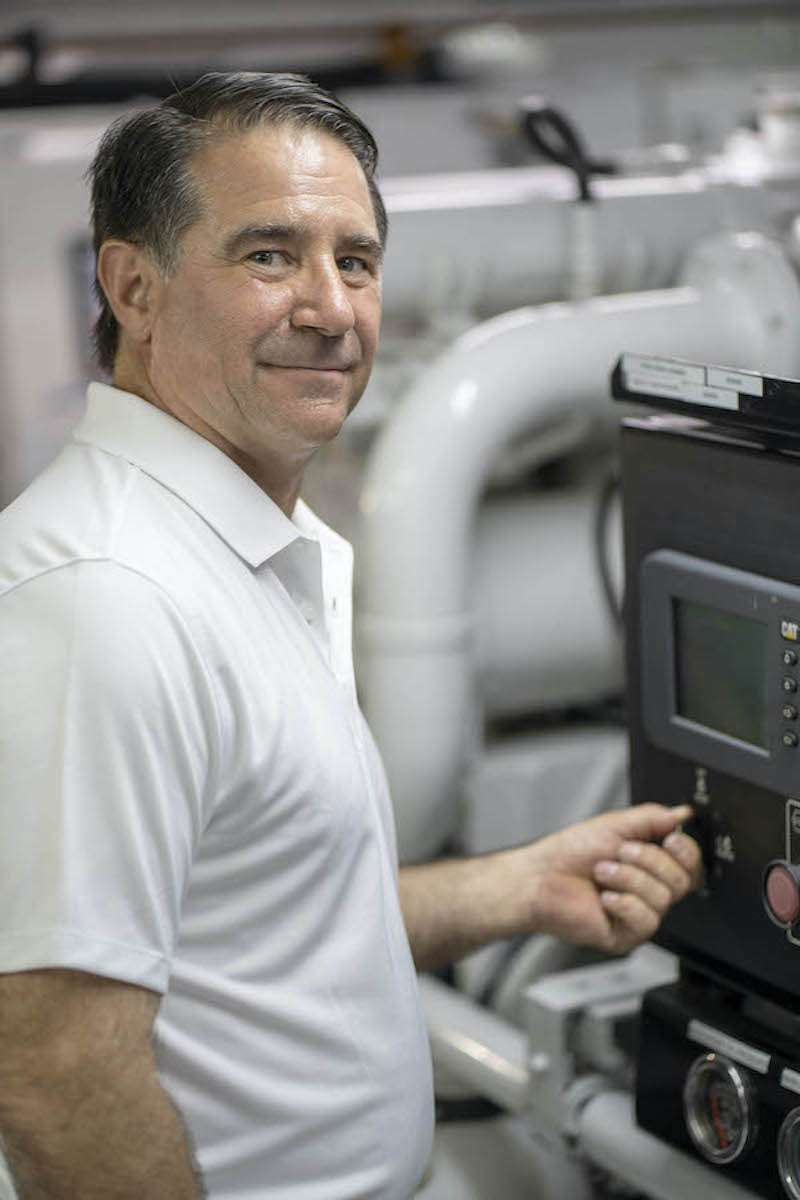 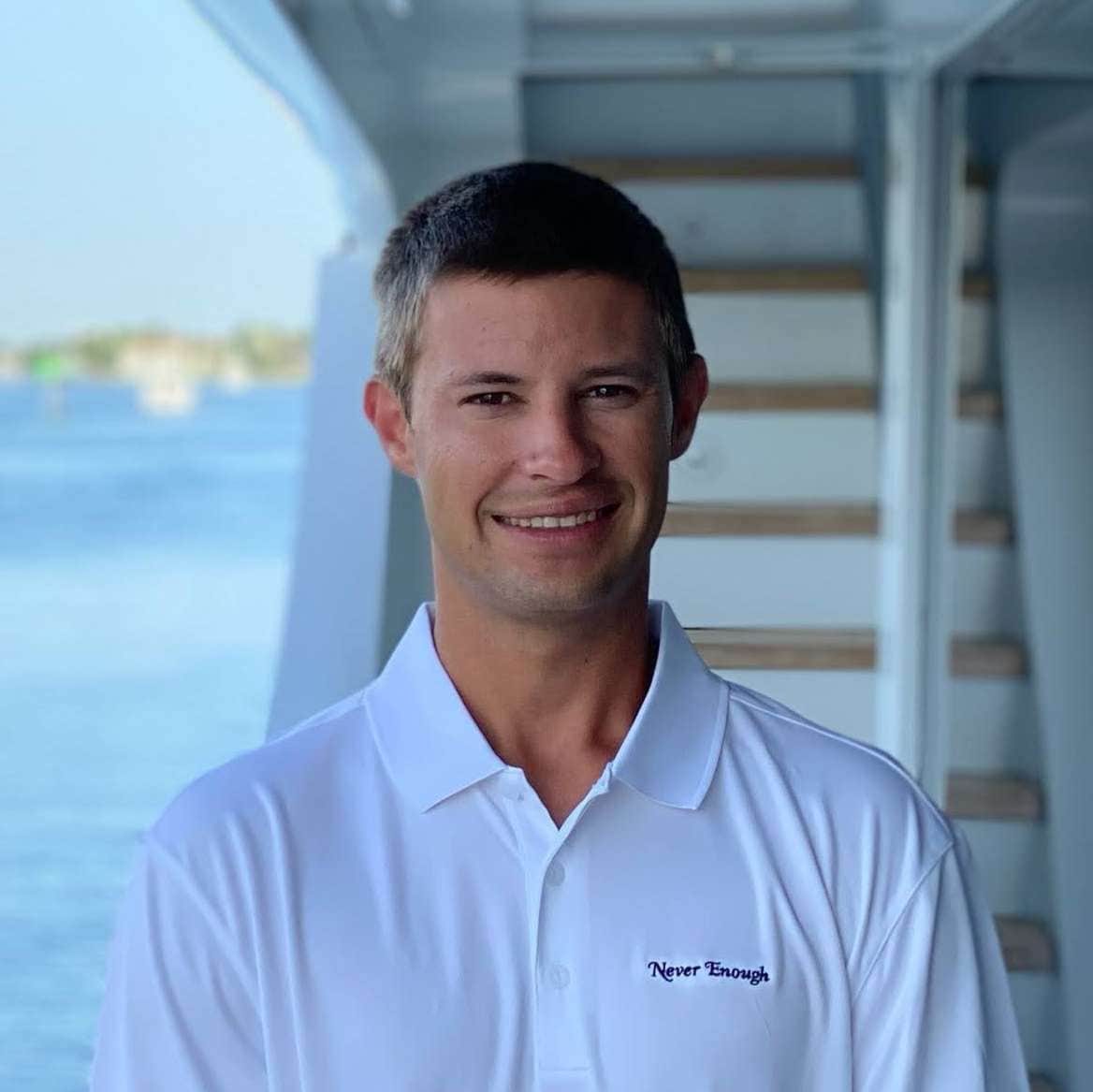 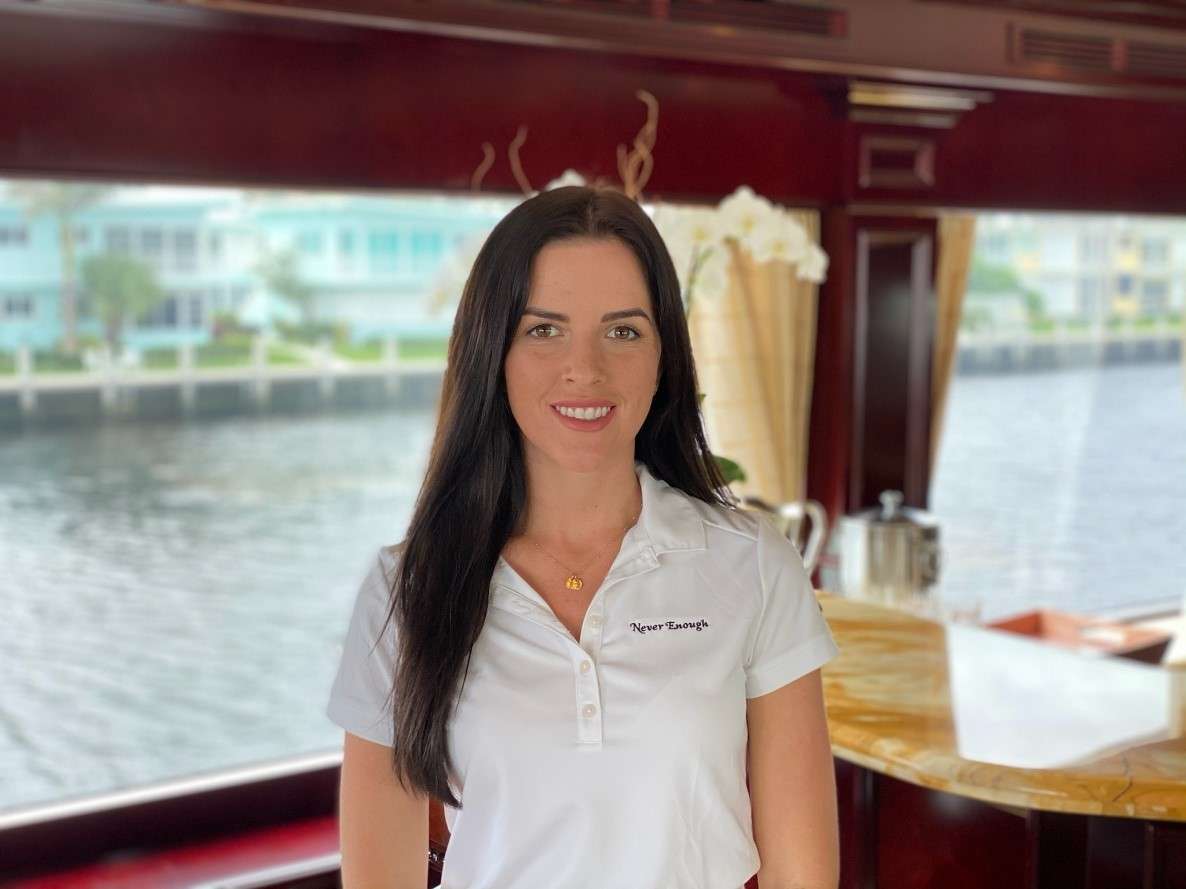 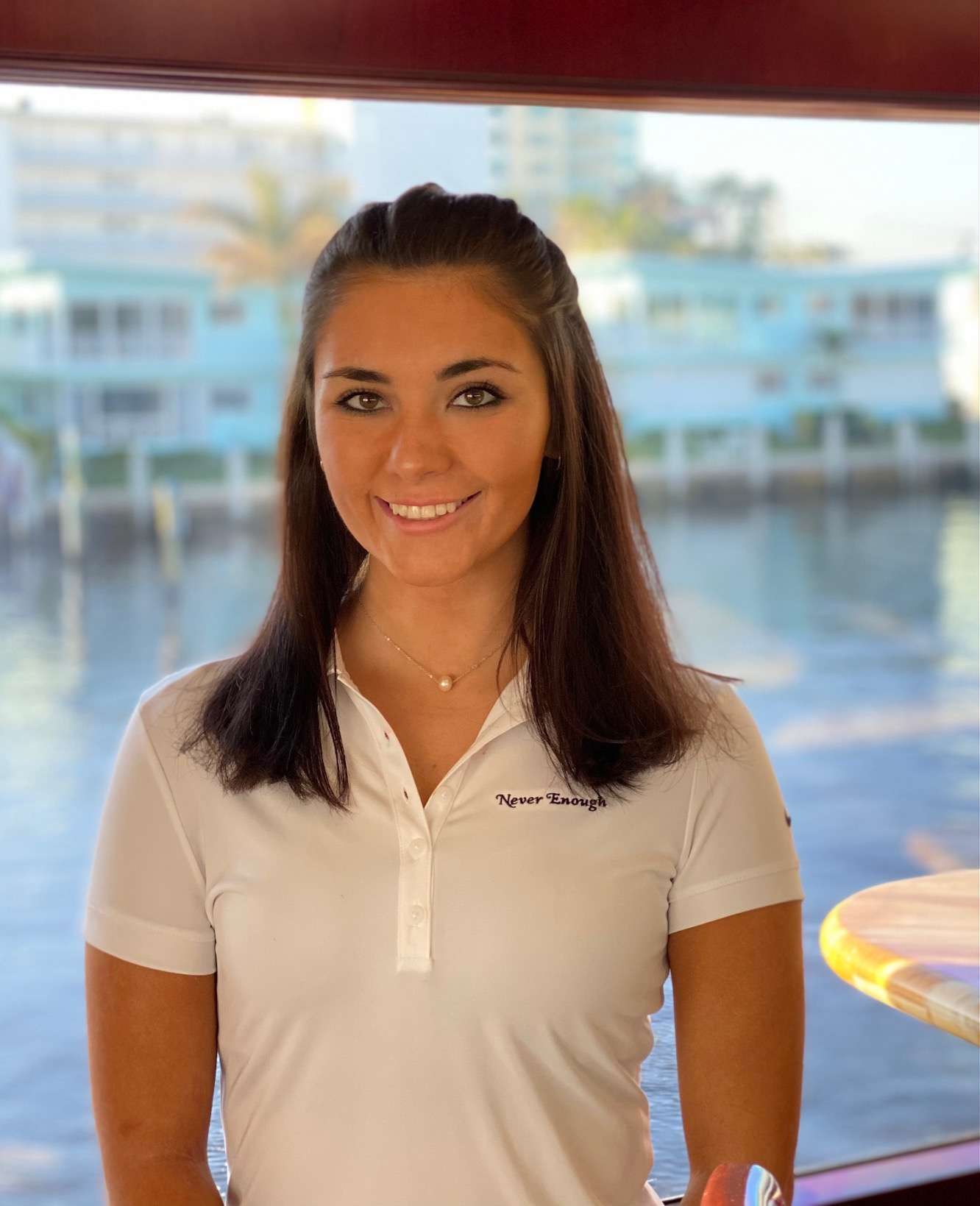 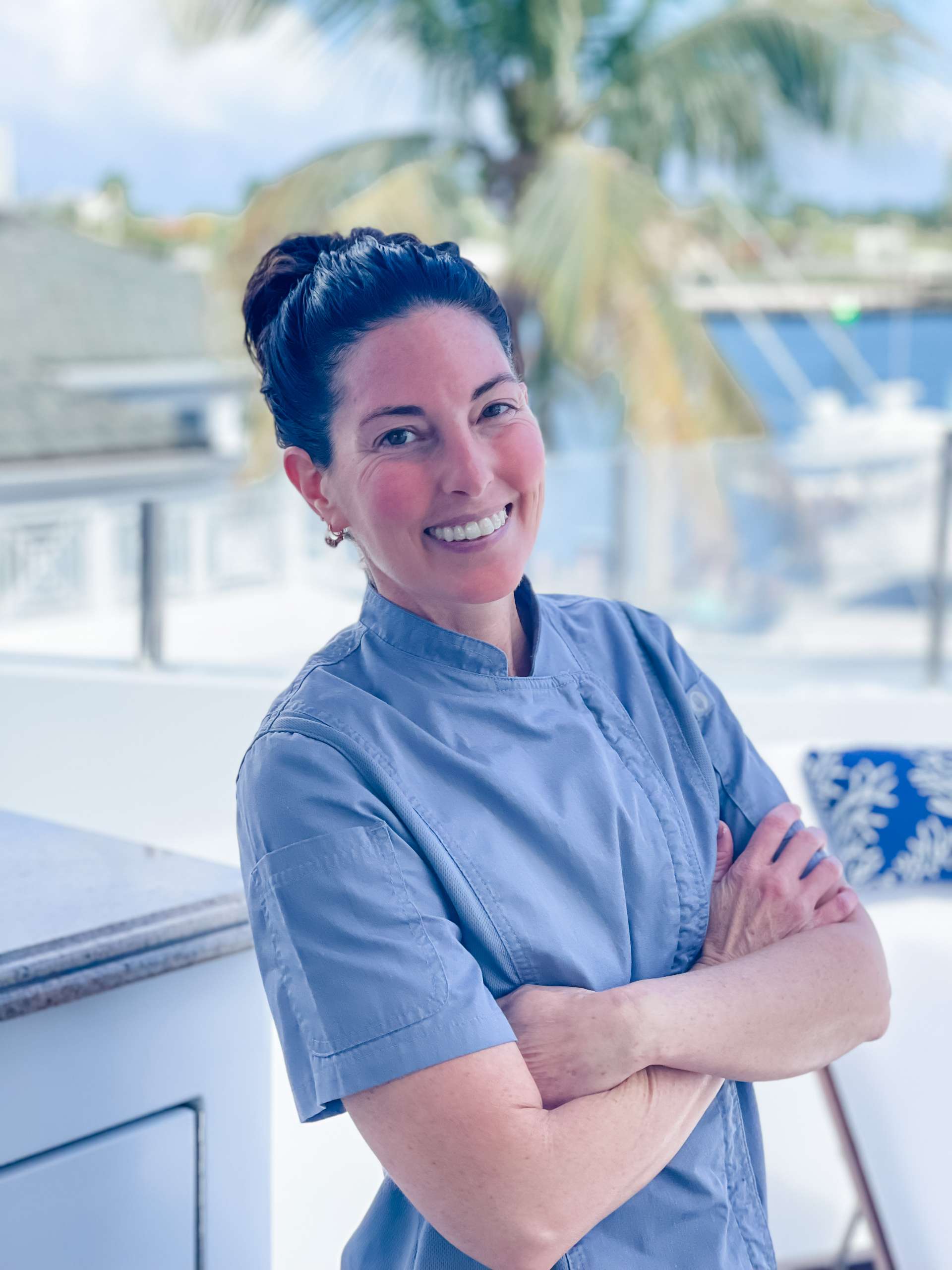 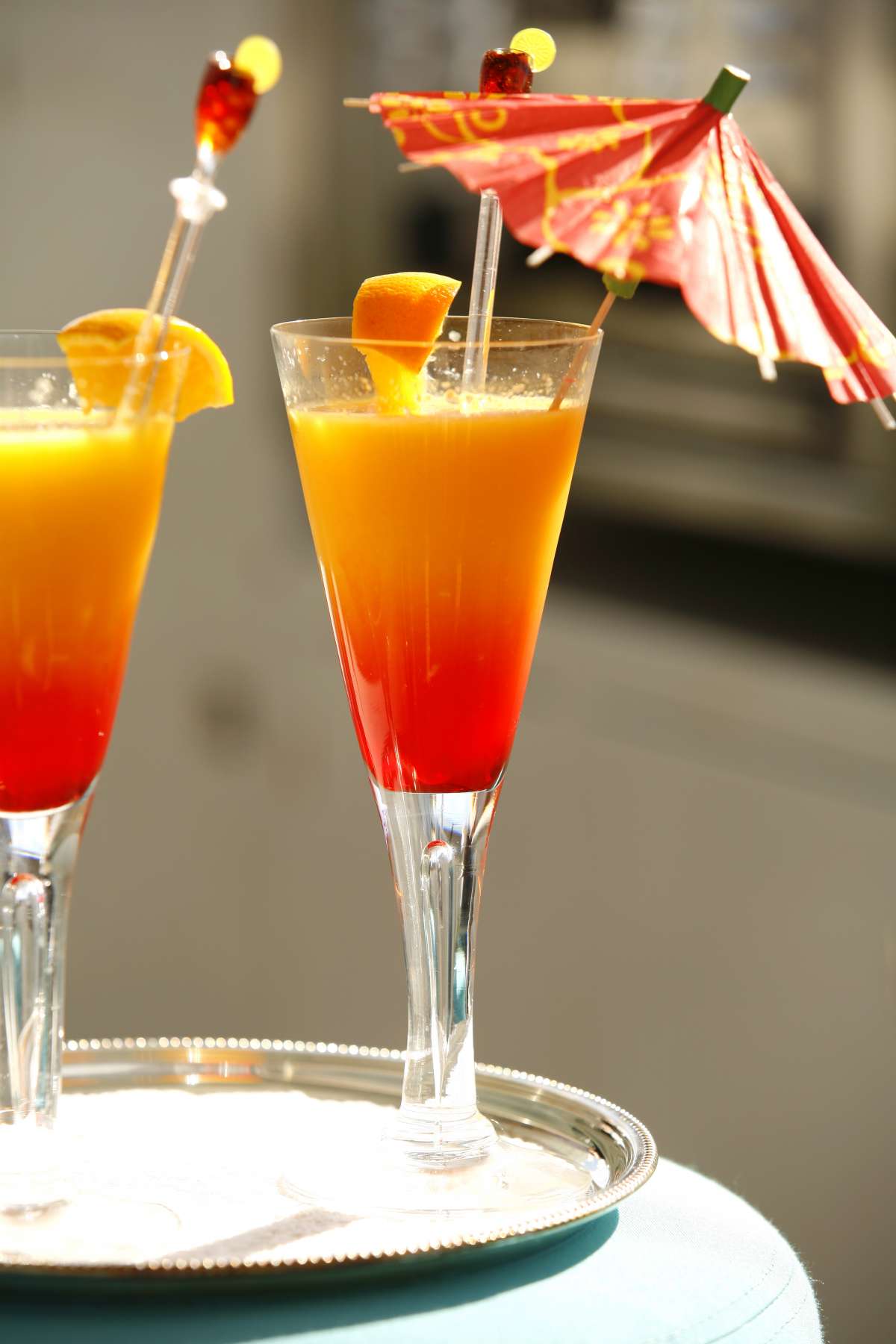 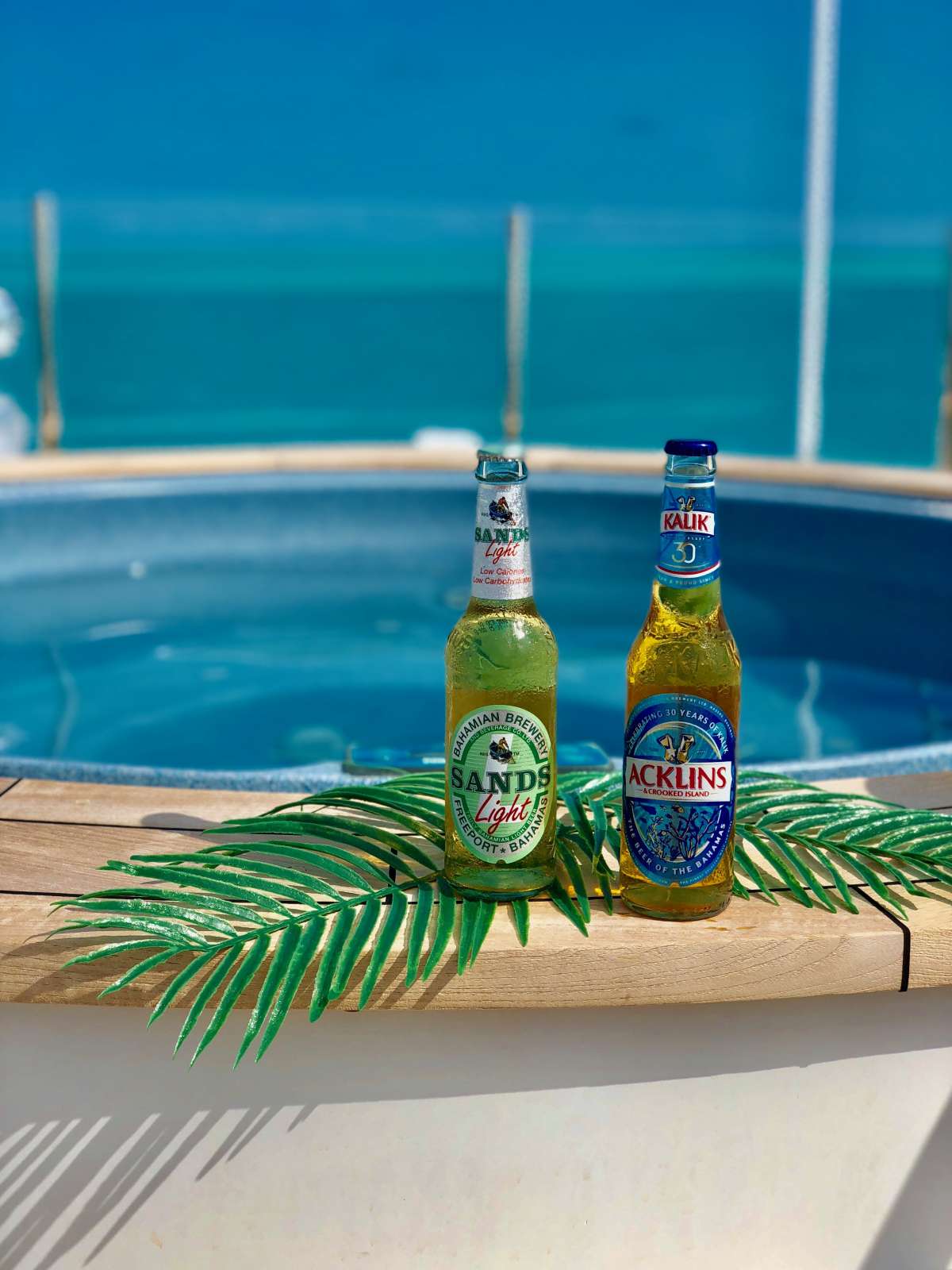 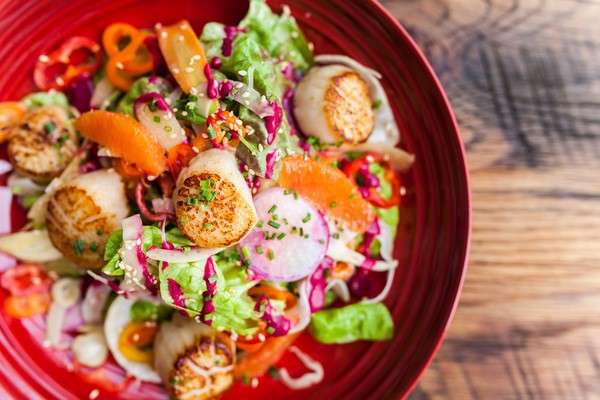 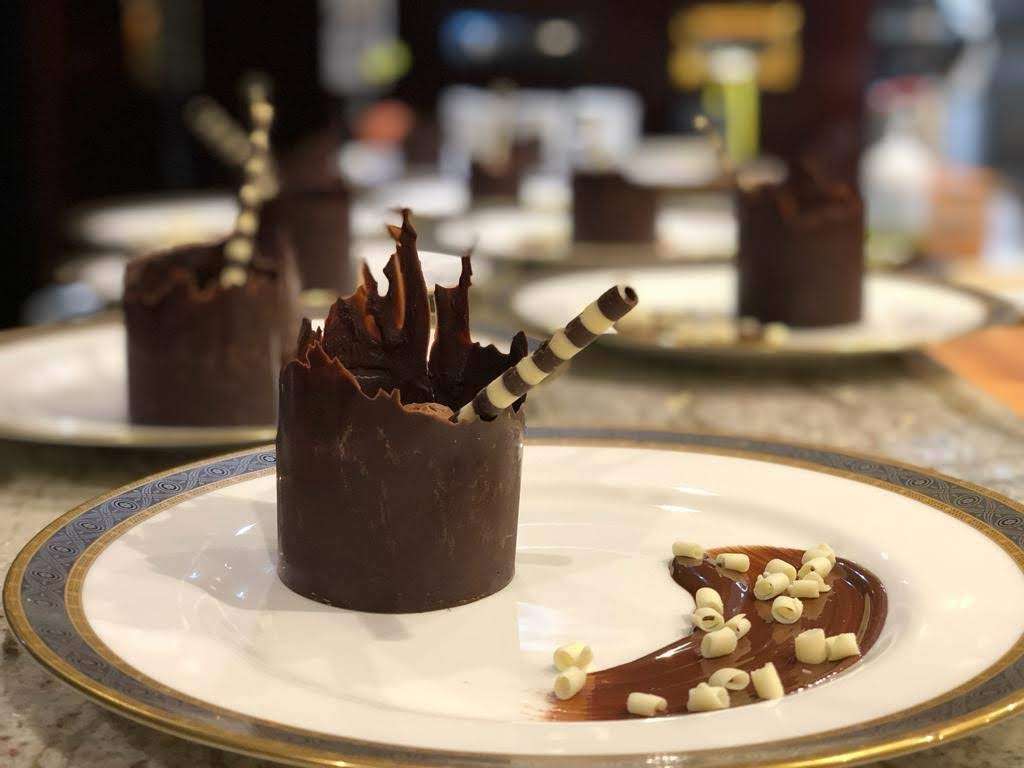 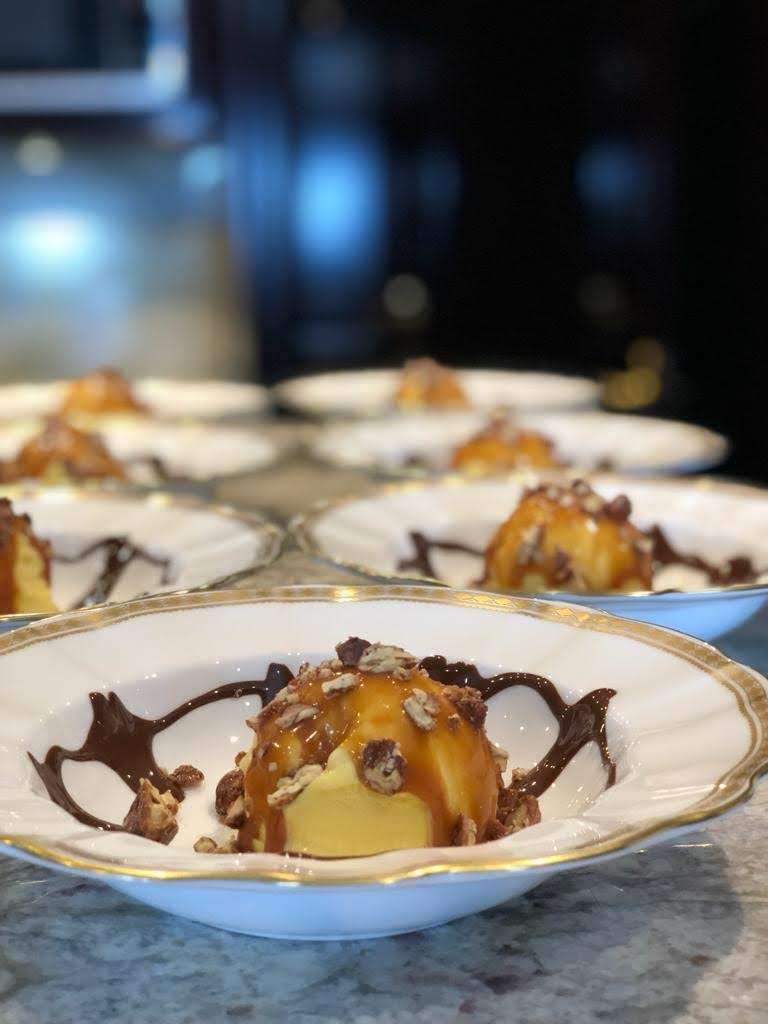