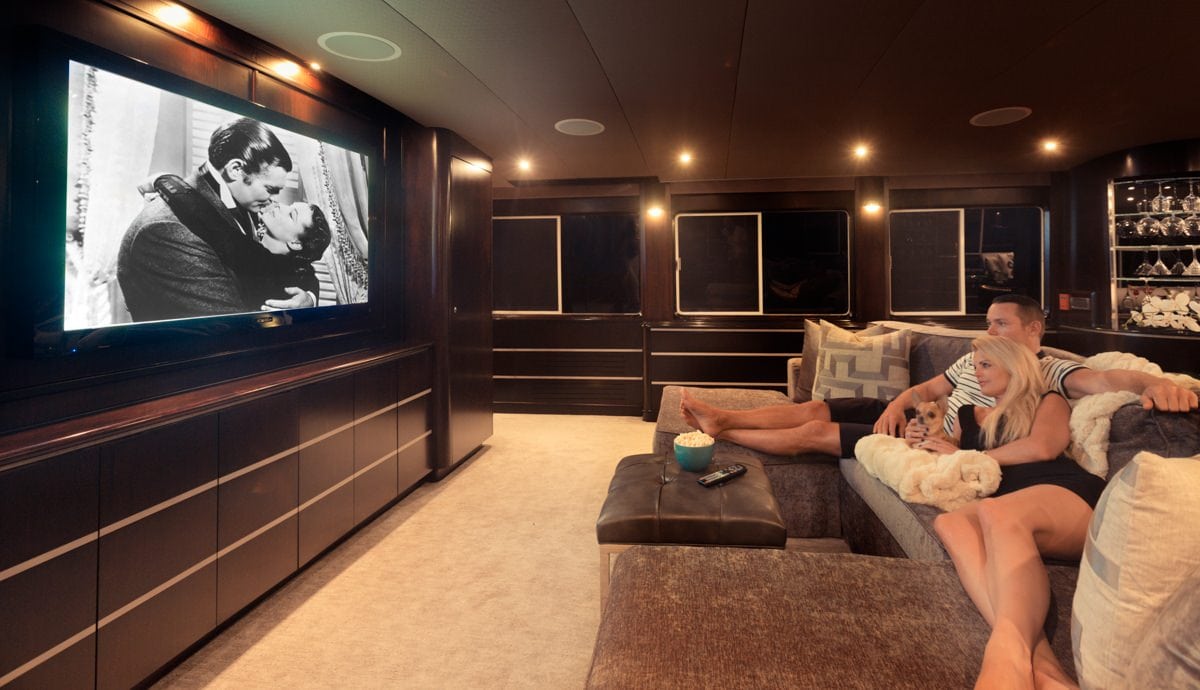 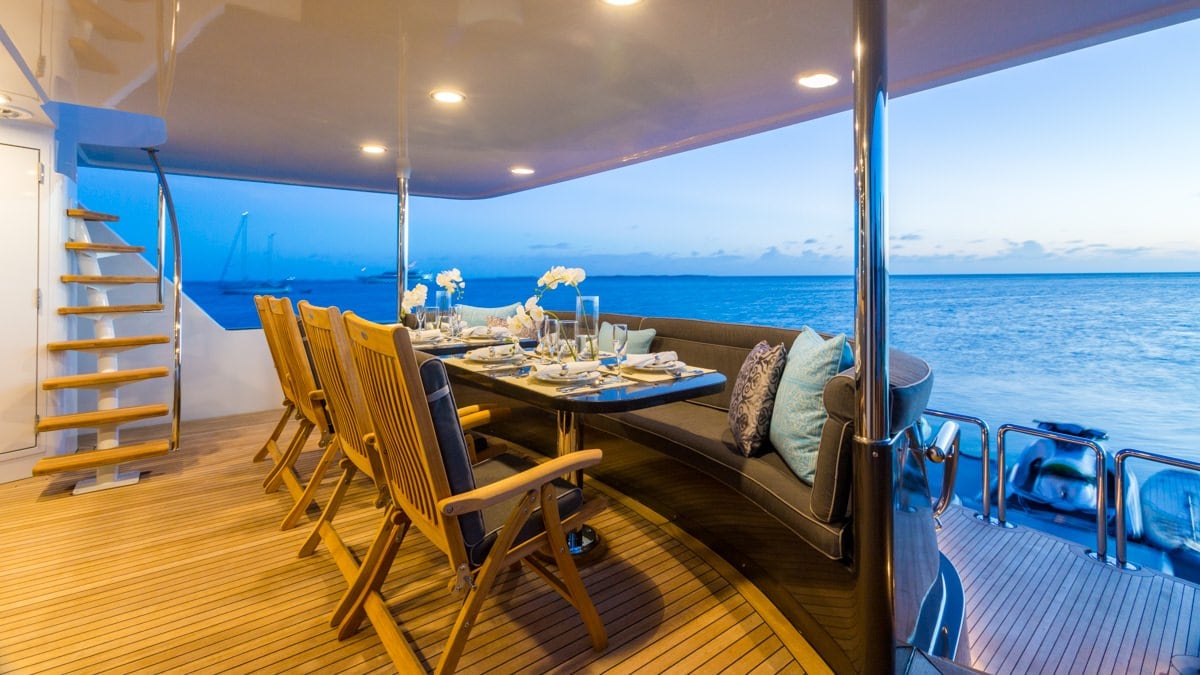 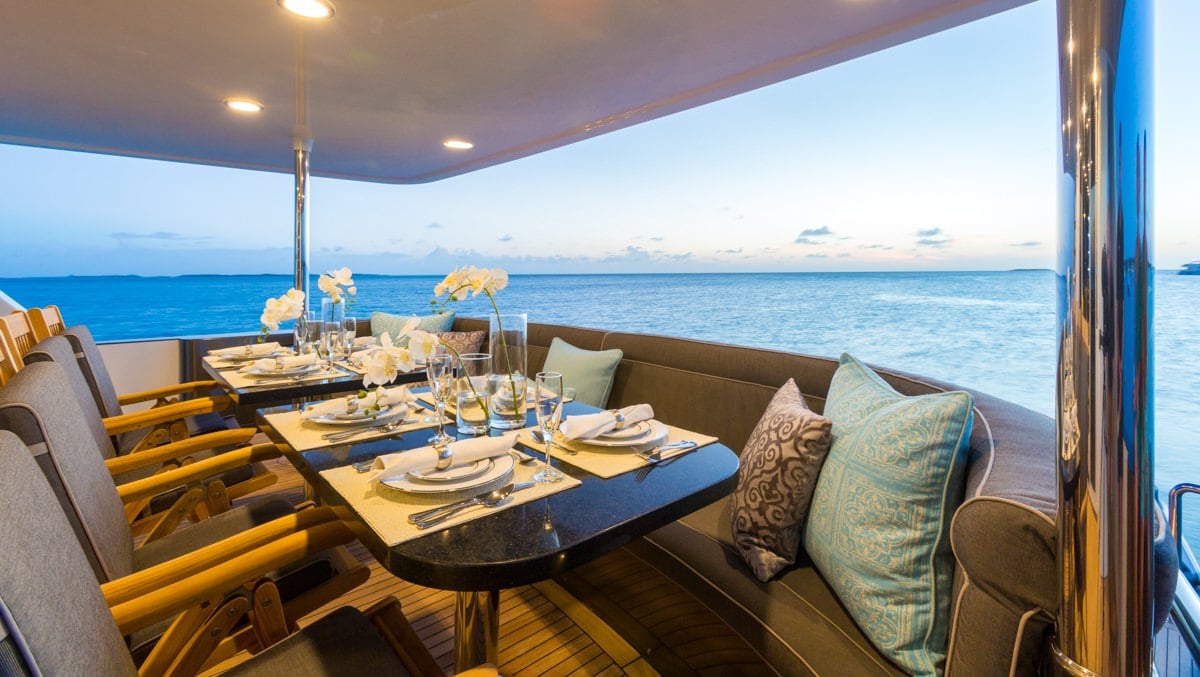 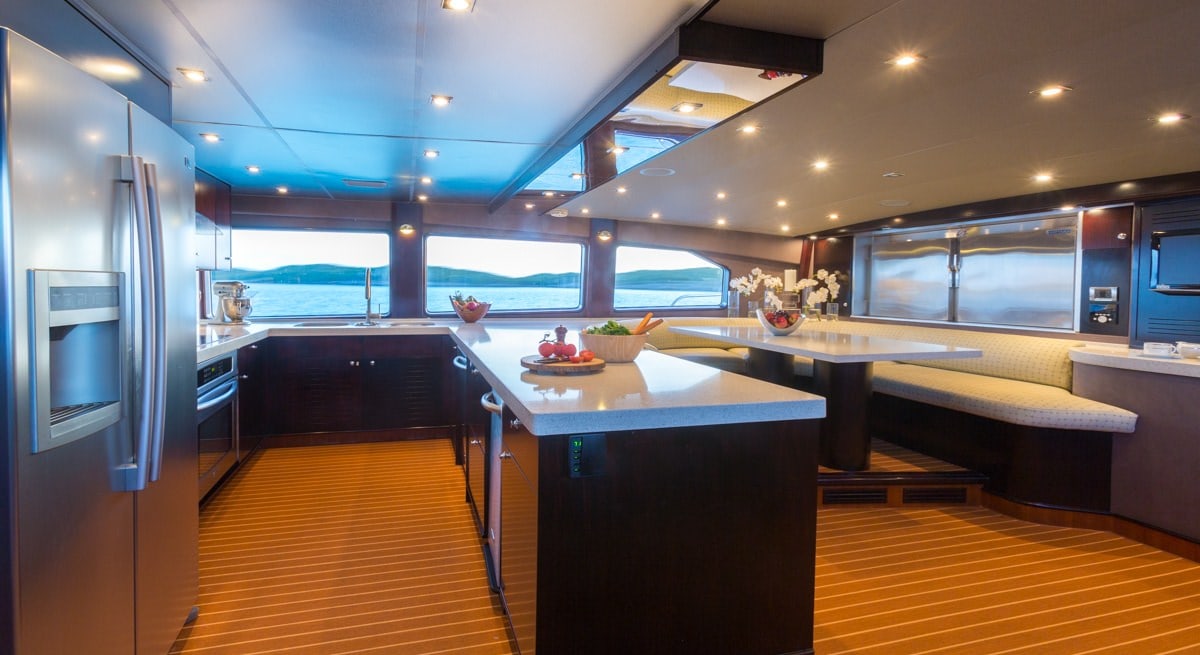 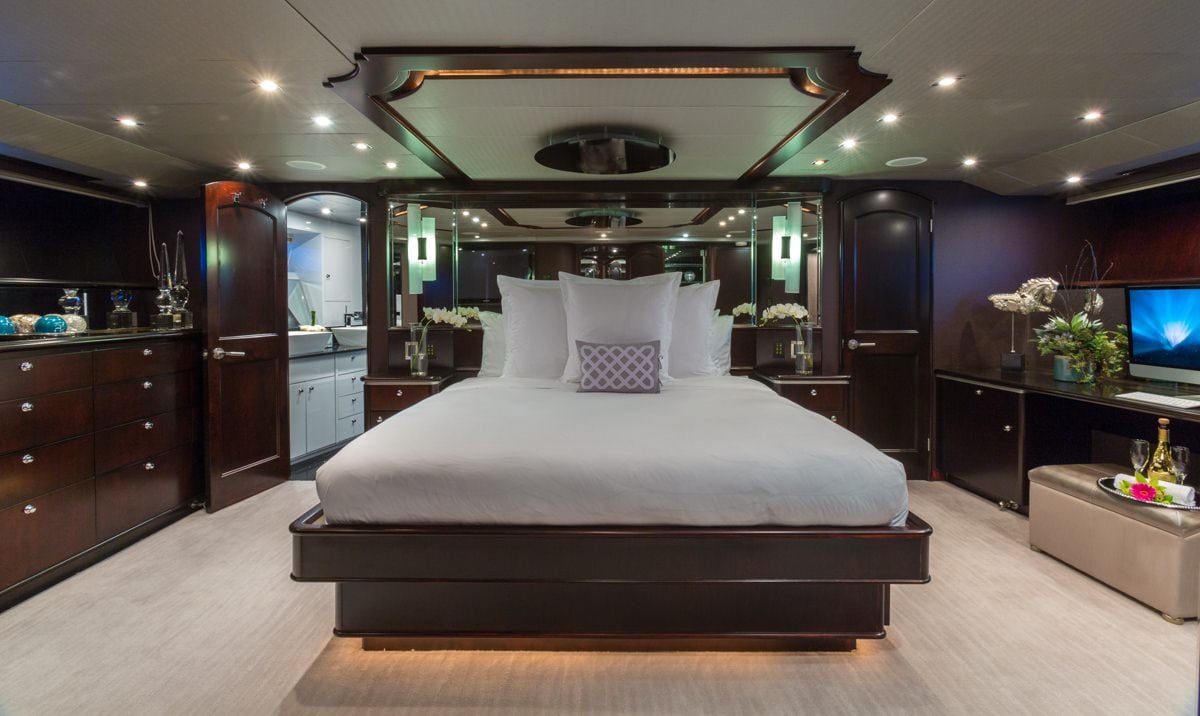 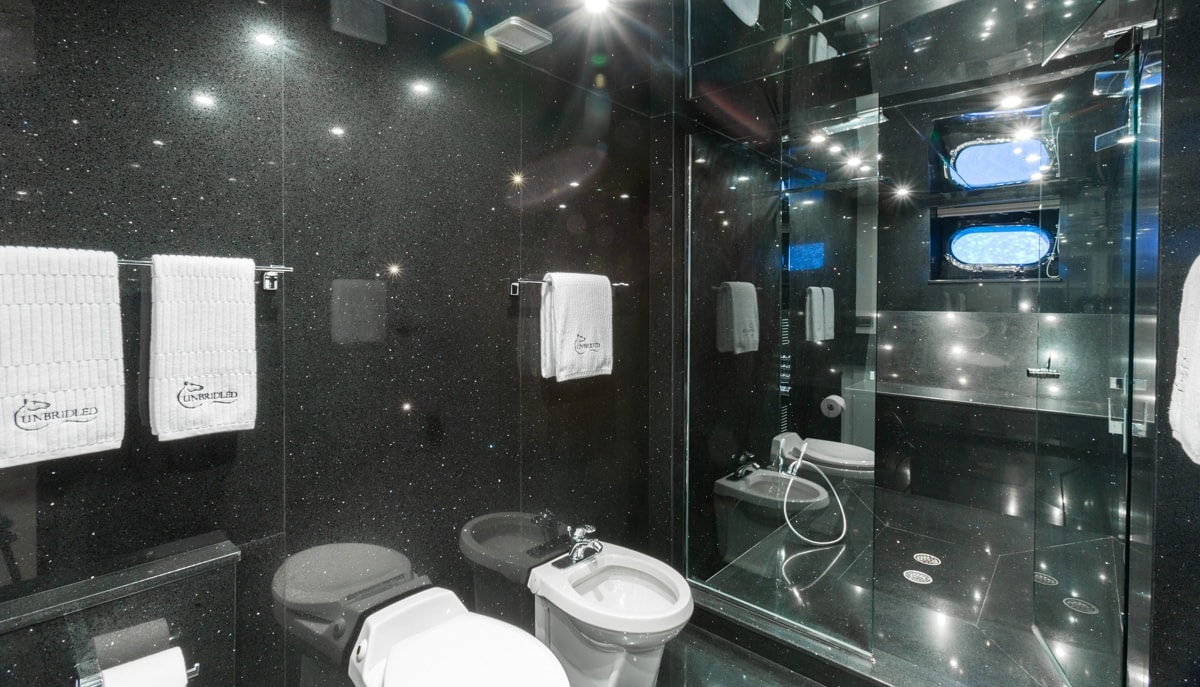 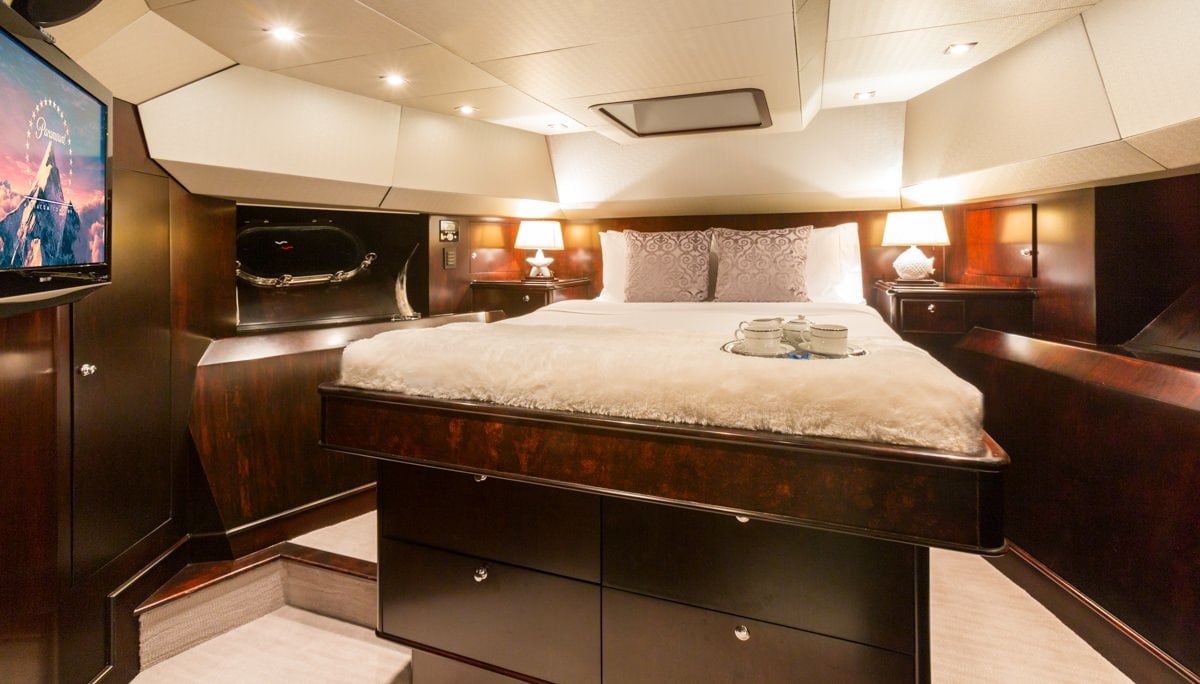 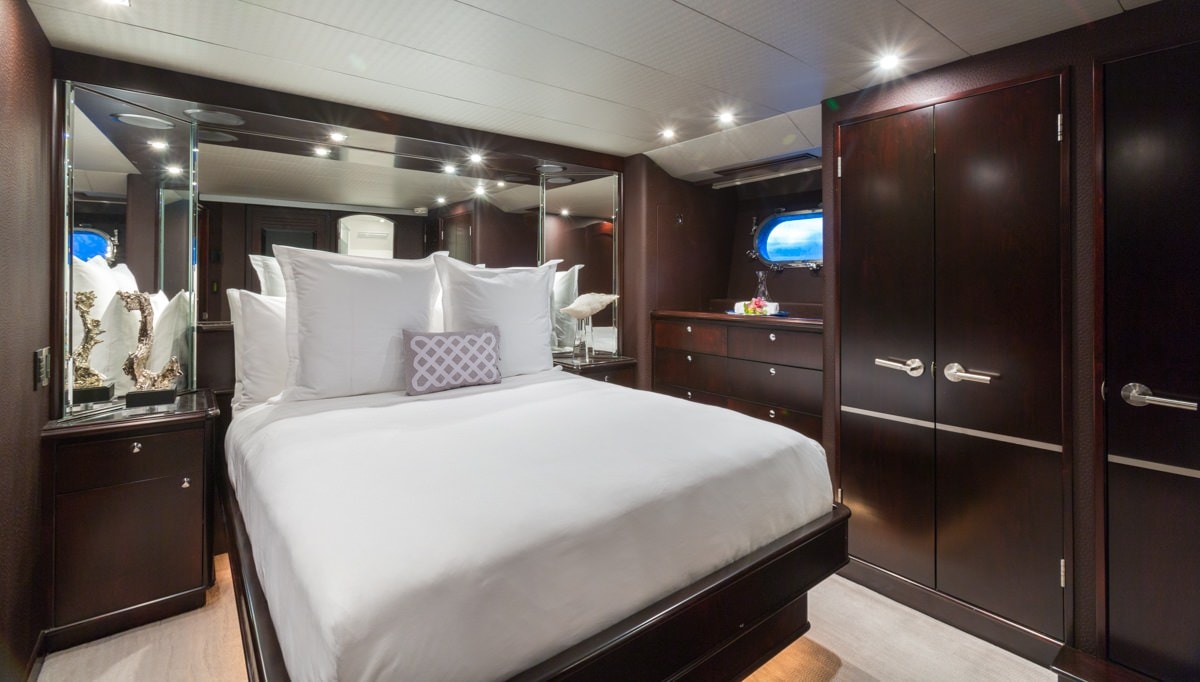 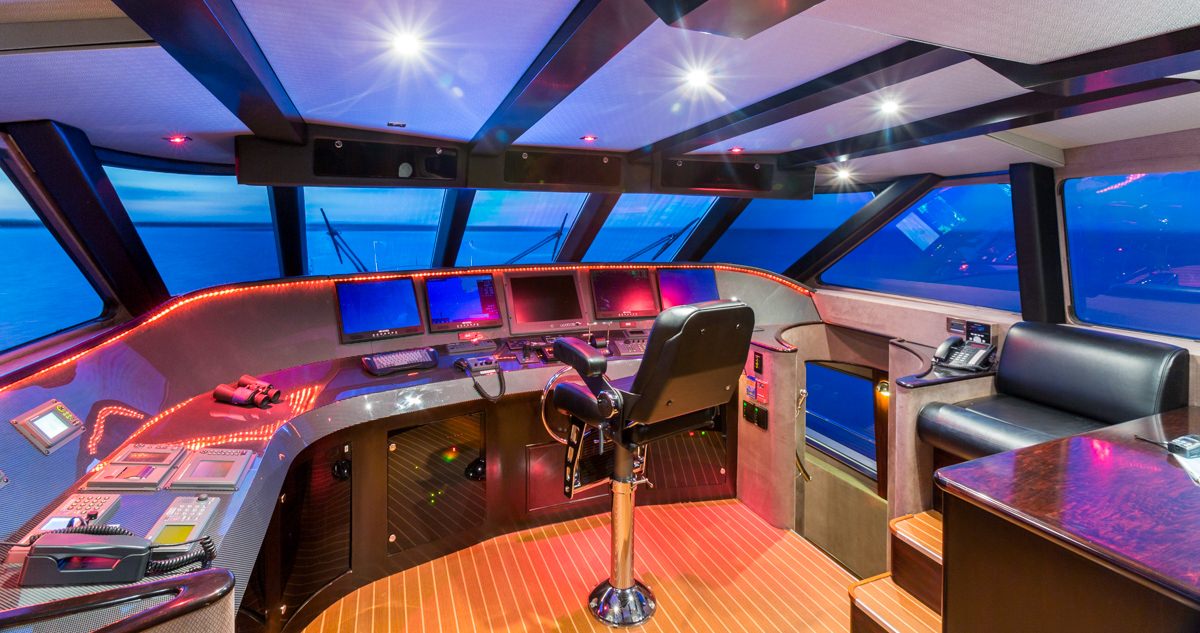 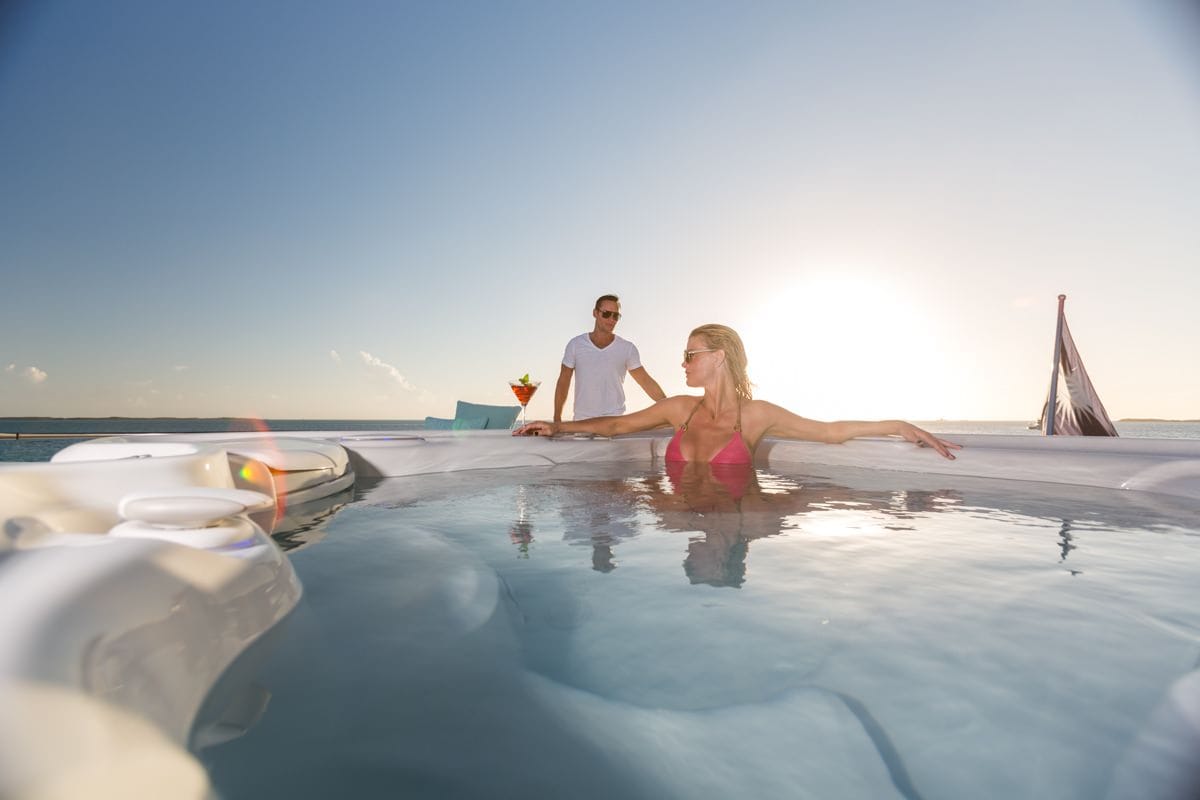 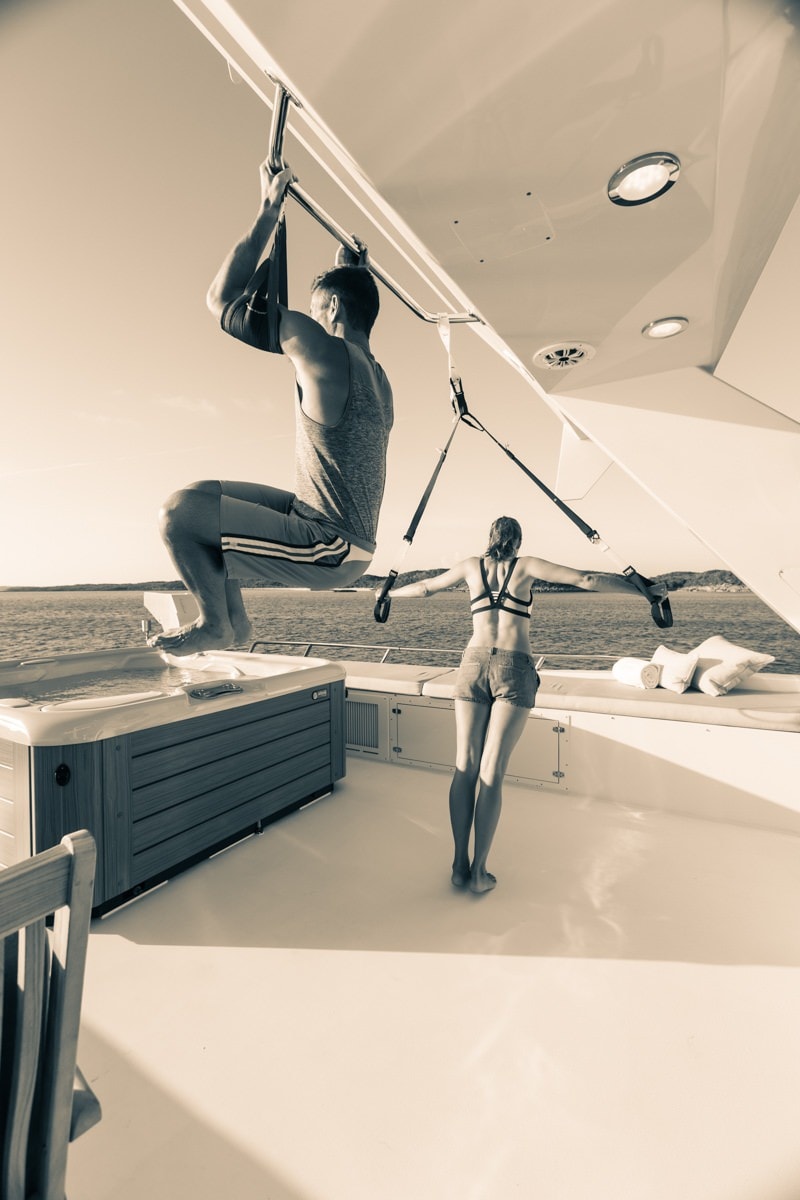 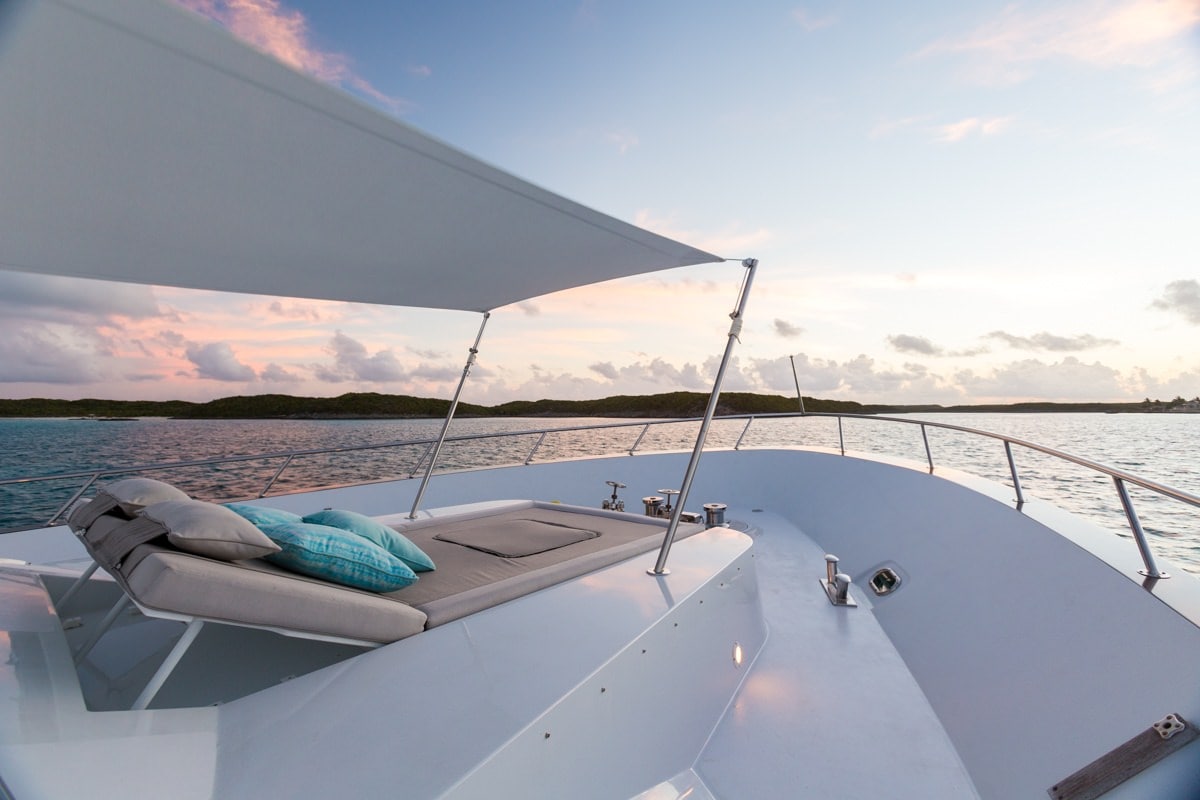 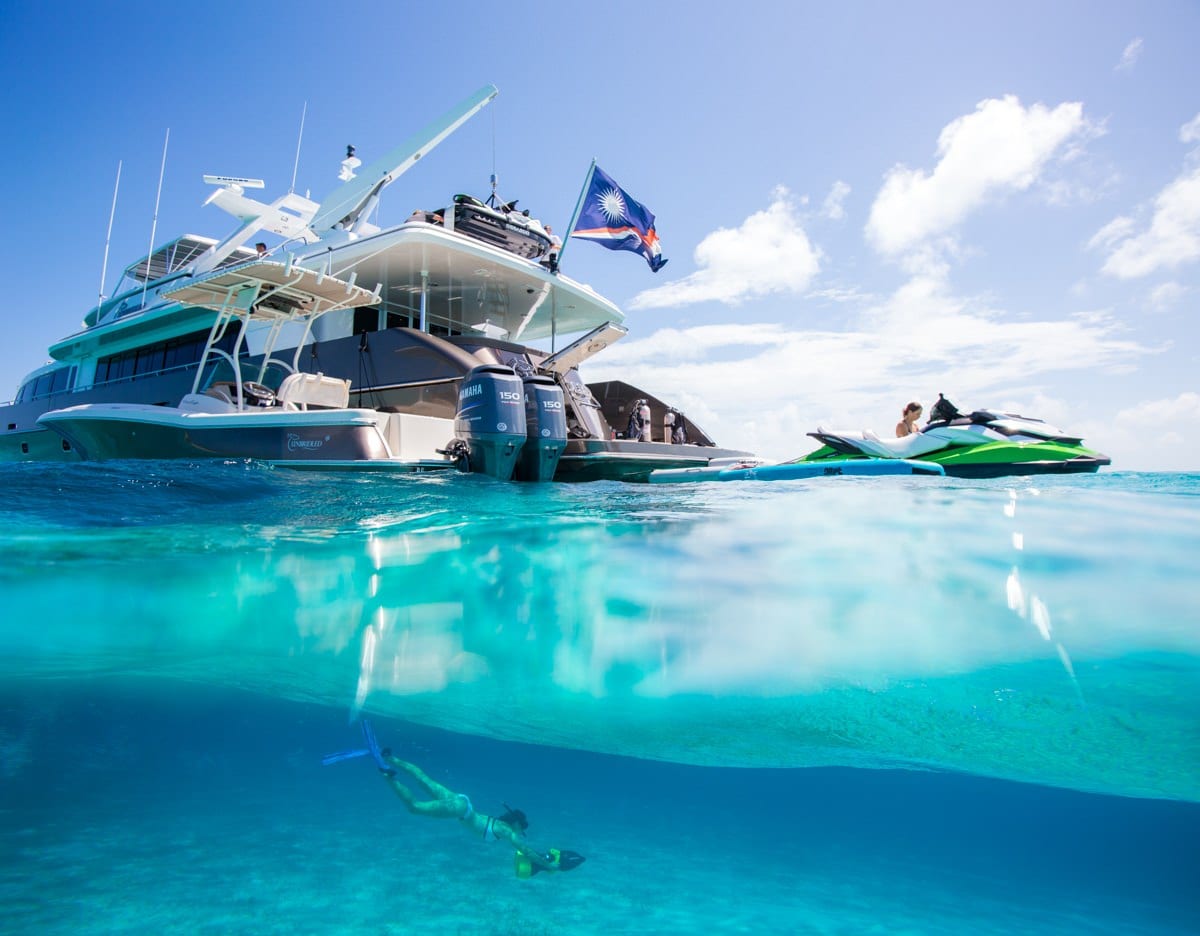 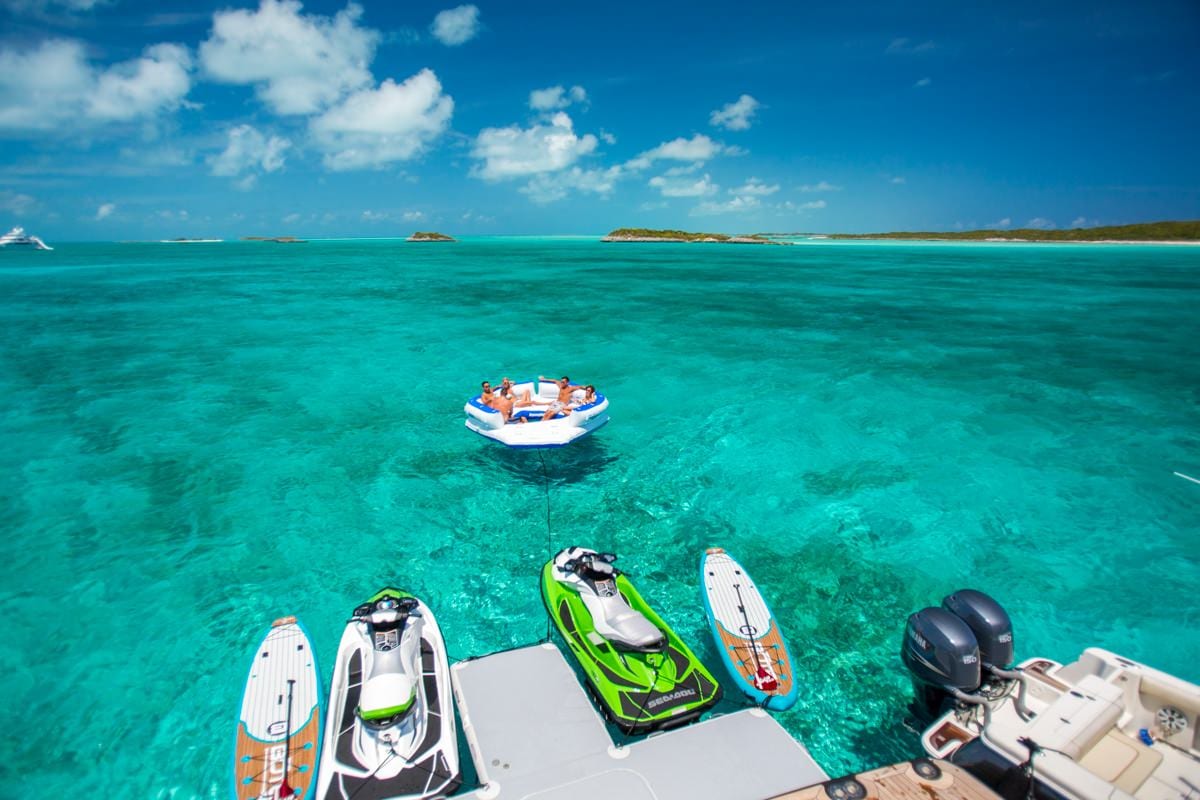 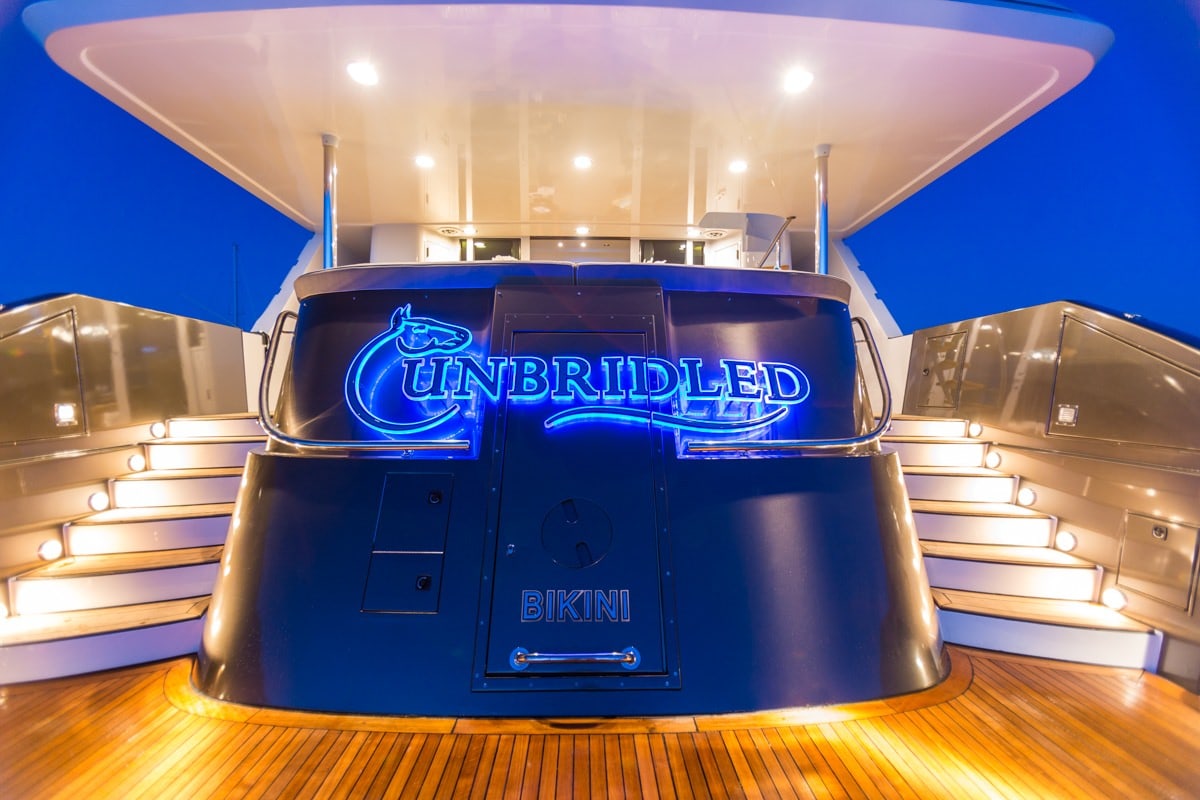 Captain Clifford Marlow was born in George, South Africa and is the youngest of four kids. His father was an avid fisherman, so Clifford was introduced to shoreside fishing and deep sea fishing from a young age. He finished school in 1988 and then joined the South African Army for two years, becoming an Officer. At the age of 16, he joined the National Sea Rescue Institute, a volunteer organization that performs search and rescue operations along the South African coast. Captain Clifford spent 26 years with them and was a regional leader when he left the organization, training new crew and coxswains at a local and national level. Around the same time, he started sailing and doing some deliveries which introduced him to the world of yachting.

He started his yachting career as a Mate on a 100-foot Hargrave and became captain of the sister ship six months later. For four years, he captained trips 40 weeks per year through the Bahamas and the Caribbean. In his last position, he was on a new San Lorenzo yacht that started in the Bahamas and then moved to the Mediterranean. As Captain of UNBRIDLED, his goal is to ensure his guests have a wonderful yet safe voyage.

When not at sea, Captain Clifford enjoys spending time with his family in the great outdoors, camping, and touring remote places via 4x4 or motorbike. Once he retires from yachting, he plans to run a small, self-sufficient farm.

His favorite places to visit are the Bahamas for their beautifully colored waters and abundant sea life, as well as the rugged, unspoiled beauty of South Africa’s coastline.

Vincent grew up in Springs, a small industrial town in the east rand of Gauteng, South Africa. Growing up he competed in rugby, cricket, and athletics getting provincial colours in all three and representing South African schools in cricket and athletics(400m). After catering for a friend who is a Captain in the industry, Vincent decided to step aside from his private catering business and enter yachting. He is extremely detail-oriented and has the capability of preparing a wide range of cuisines. He has no problem catering to any allergy or dietary requirements, and will go above and beyond to ensure every guest is looked after. He has a passion for developing new dishes and can’t wait to provide guests with a 5-star dining experience. Outside of the yachting industry, Vincent is aiming to be the owner of at least three restaurants.

When Vincent is not busy cooking mouthwatering dishes, you can find him playing golf, or hitting the gym.

Chelsi grew up in Port Elizabeth, South Africa, splitting her time between the farms and the city. She played first team hockey at school but found that horse riding is her ultimate passion. Chelsi entered yachting through the encouragement of friends that she had in the industry. At first, she didn’t see herself pursuing this career path but now there is nothing else she would rather be doing. Working on the ocean and learning a plethora of different skills brings so much joy and excitement for her future. Prior to entering yachting, Chelsi was a bartender, a sales representative, and an au pair in the US and Netherlands.
Chelsi is known for bringing smiles, love, and good energy to the charter experience. Her goal is to become a be a well-rounded crew member that can perform in all departments. She also hopes to work her way up to a Captain's position. Chelsi will ensure that every guest leaves UNBRIDLED with the most amazing memories that they can share for a lifetime.

In her spare time, you can find Chelsi horse riding, diving, or exercising.

Terri-Lynne grew up in a small beach town in South Africa. She is a BSc Honours graduate with a passion for the environment and the great outdoors. Terri has always been an outstanding student, winning many academic awards, particularly in mathematics and tutoring students in grades 8-12.
She has a diversity of interests but especially loves the ocean and preserving our natural environment and wildlife heritage. Terri’s interest in marine wildlife is what fueled her desire to forge a career in the yachting industry. She now has experience on both motor and sailing yachts, bringing her vibrant personality to every crew she is a part of. As her career in yachting continues, Terri hopes to climb her way up to captain. Off the boat, she hopes to own her own dive center one day.
Terri enjoys exploring, watching movies, and swimming in her spare time. She loves educating people about nature, particularly sharks, so guests can feel free to ask any questions they may have.
Terri can’t wait to offer all of her knowledge to every guest who walks on board UNBRIDLED.

Michael hails from George, a city in South Africa next to the Coast and at the foot of a mountain range. At the age of 16 he completed his first sailing license. With his father being a Captain, entering yachting felt like a natural direction for Michael. He has now been in the industry for the past five years and has loved every minute of it.
Michael comes with loads of charter experience having spent time onboard, M/Y SWEET ESCAPE, M/Y LIBERTY, M/Y OUTTA TOUCH, AND M/Y ENDLESS SUMMER. In the future, he hopes to follow in his father's footsteps and become a Captain as well.
When not on charter, Michael loves to explore the world of drones and aerial videography and photography. He is also into classic cars and motorcycles and enjoys playing videogames whenever time allows.
Michael wants every guest who steps onboard UNBRIDLED to have a relaxed and unforgettable charter experience. 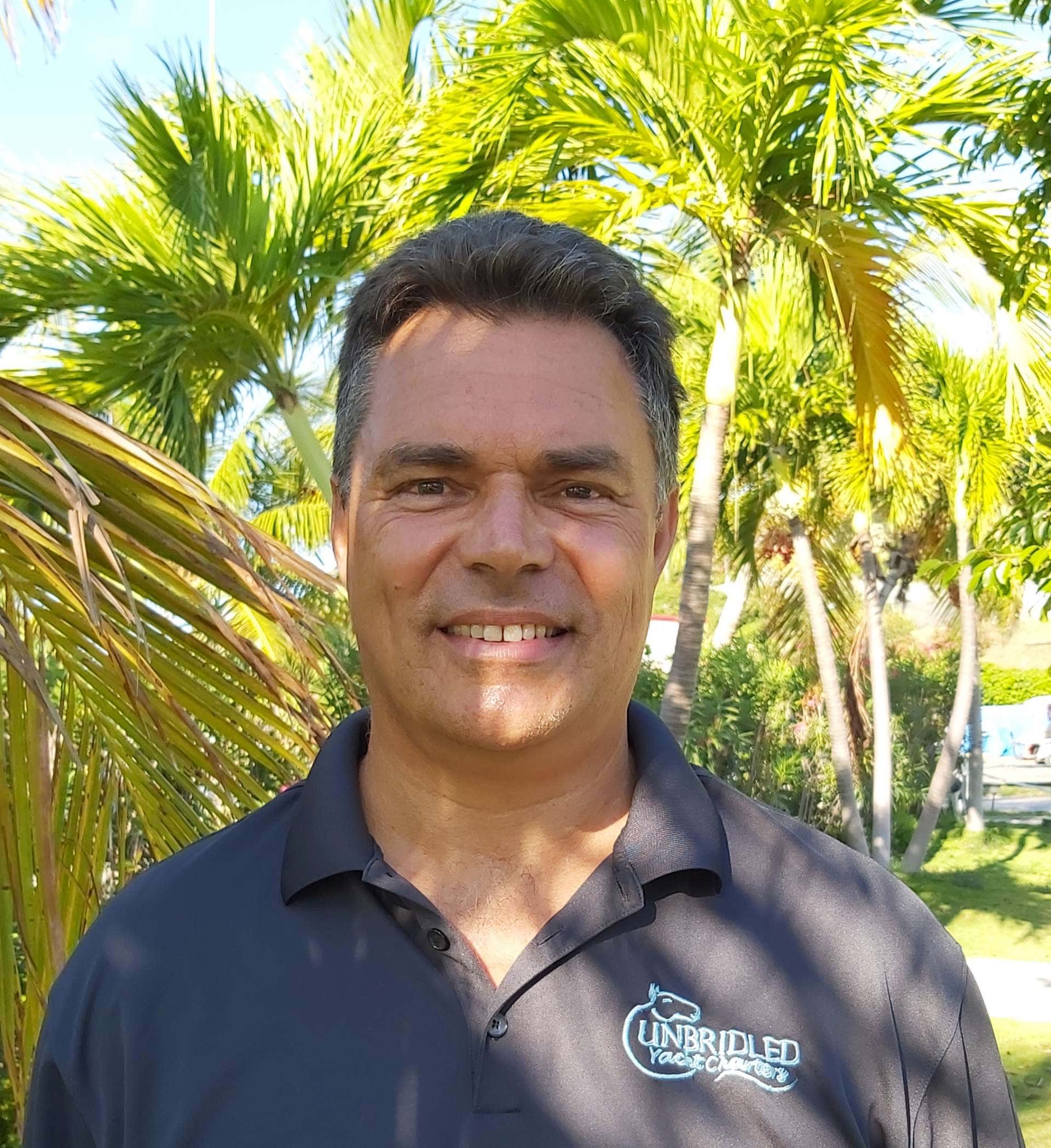 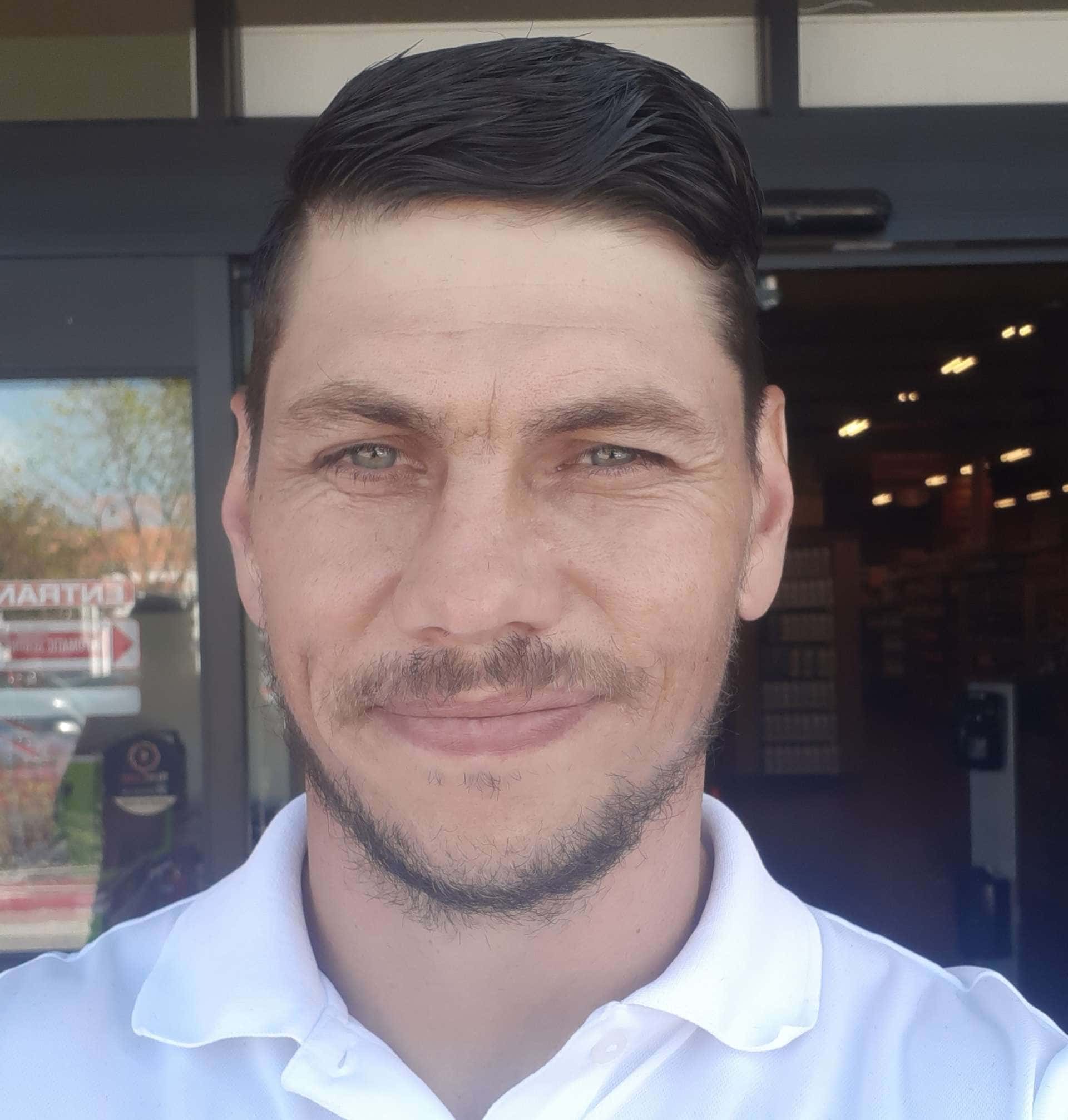 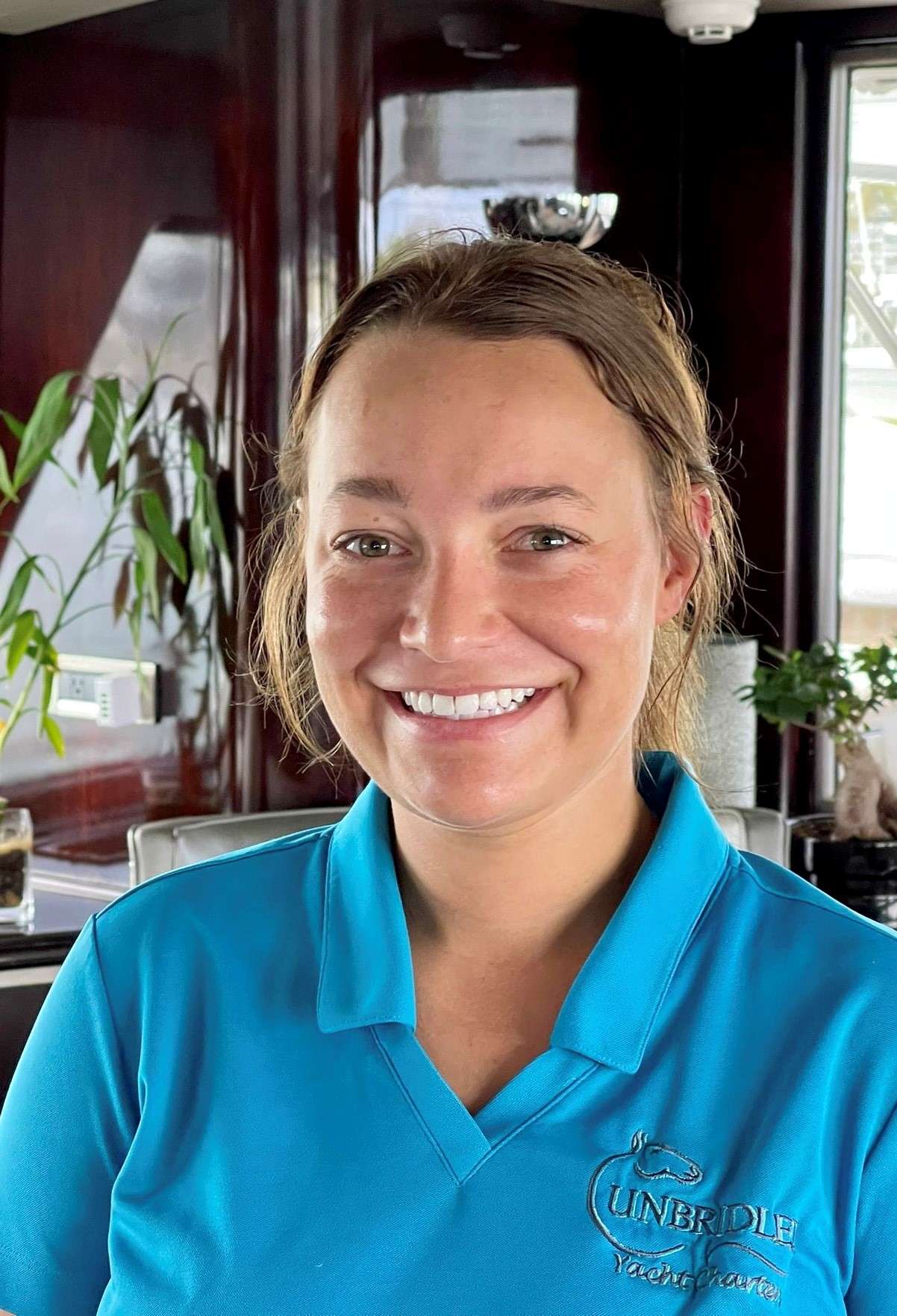 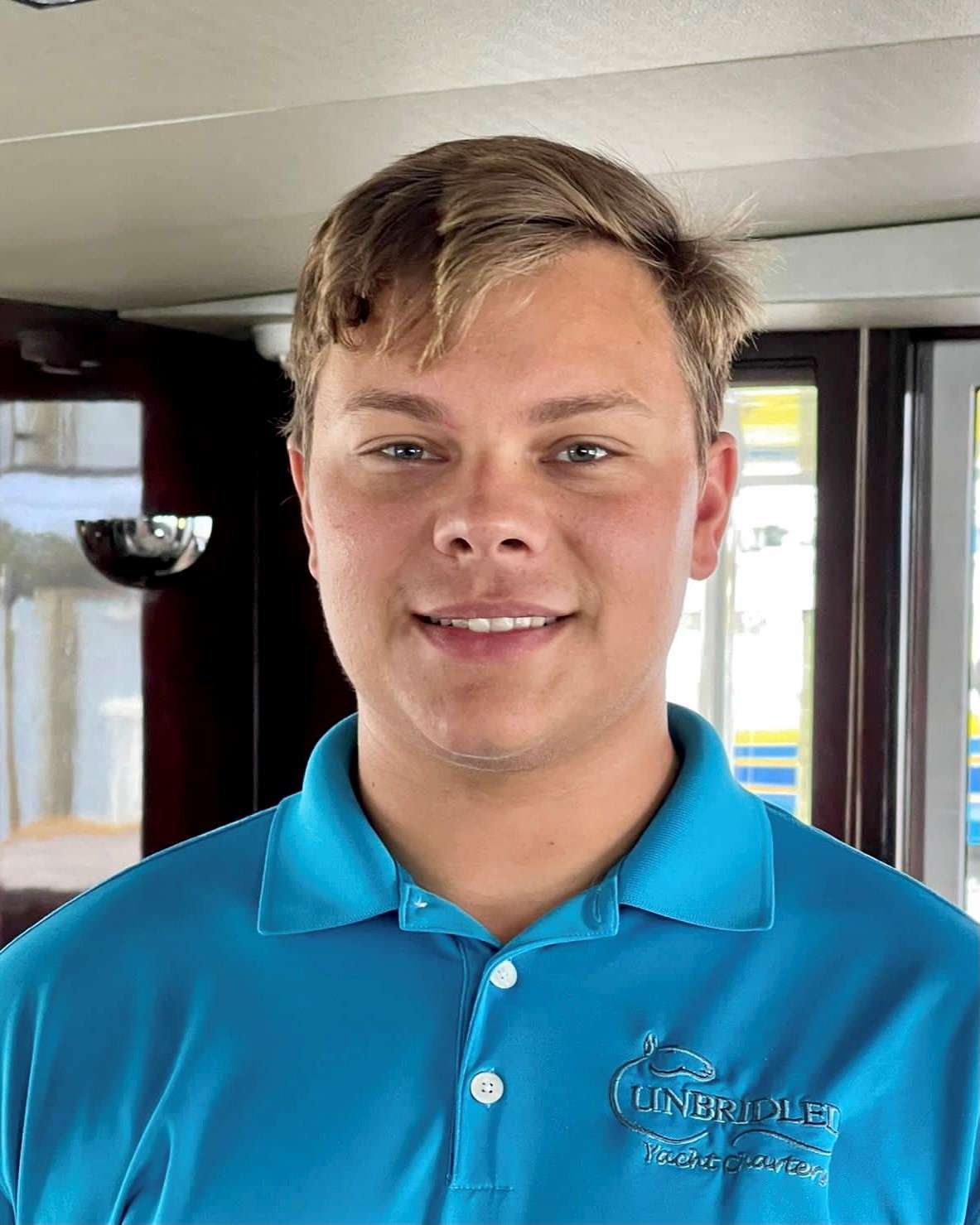