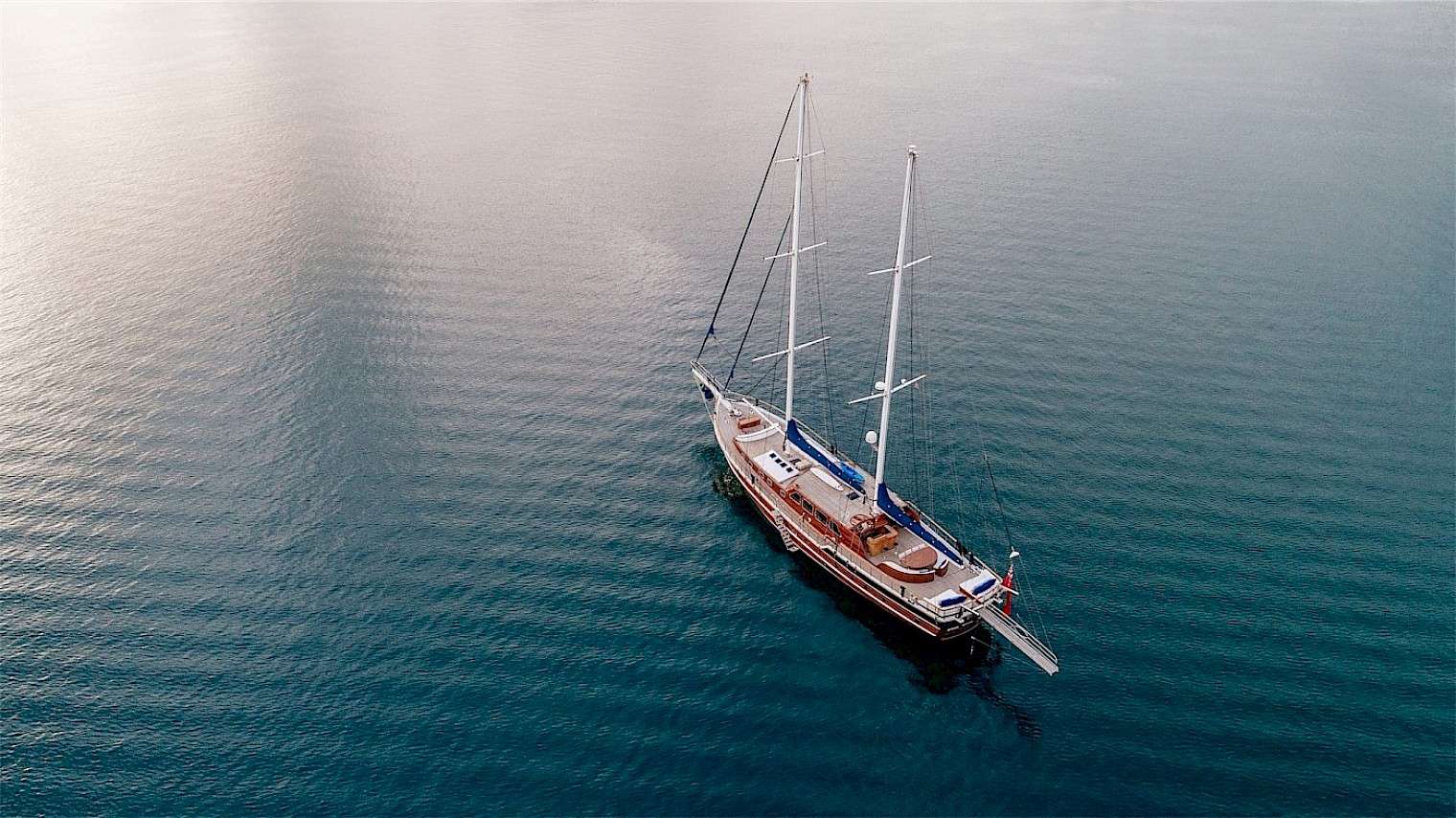 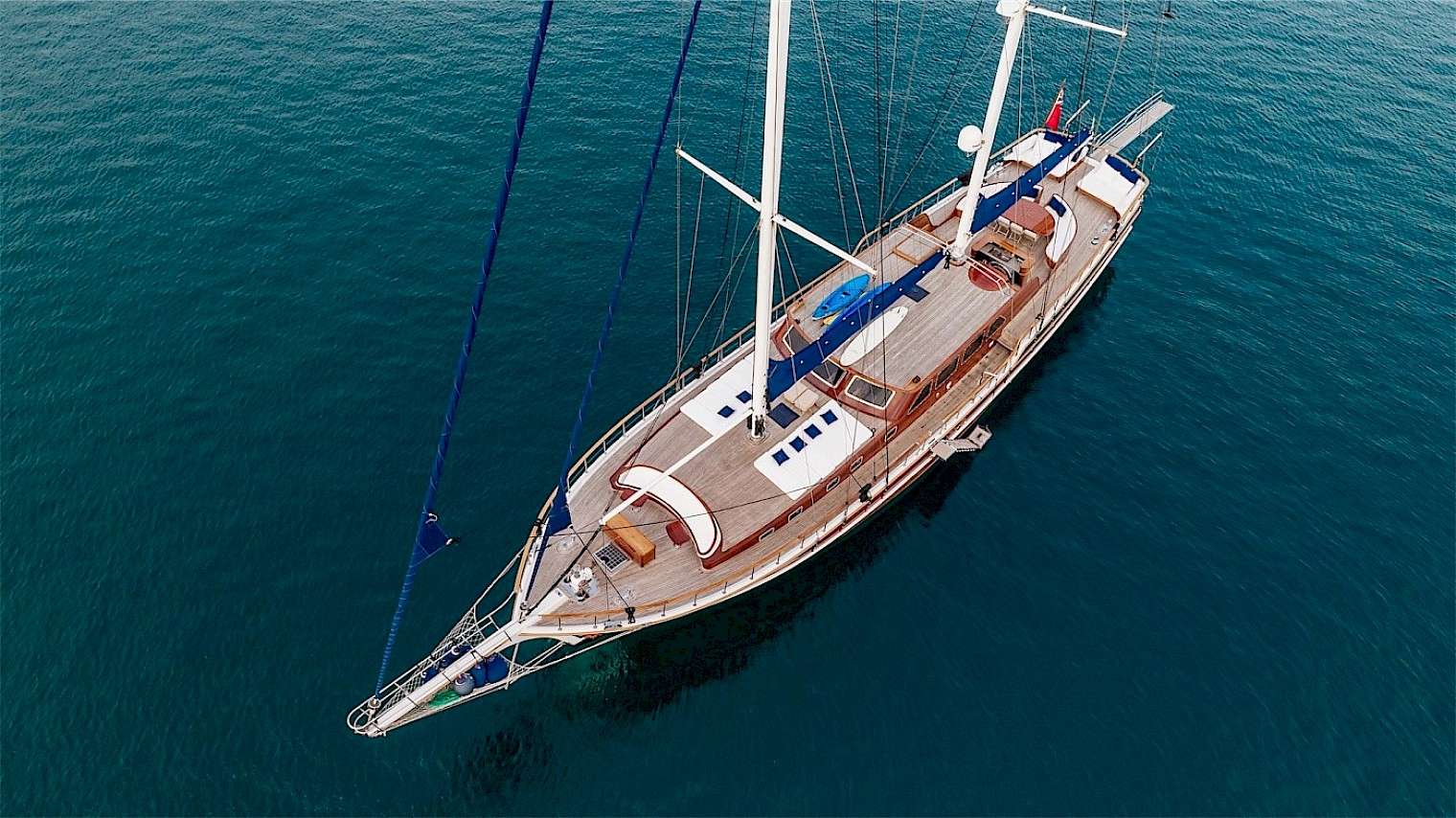 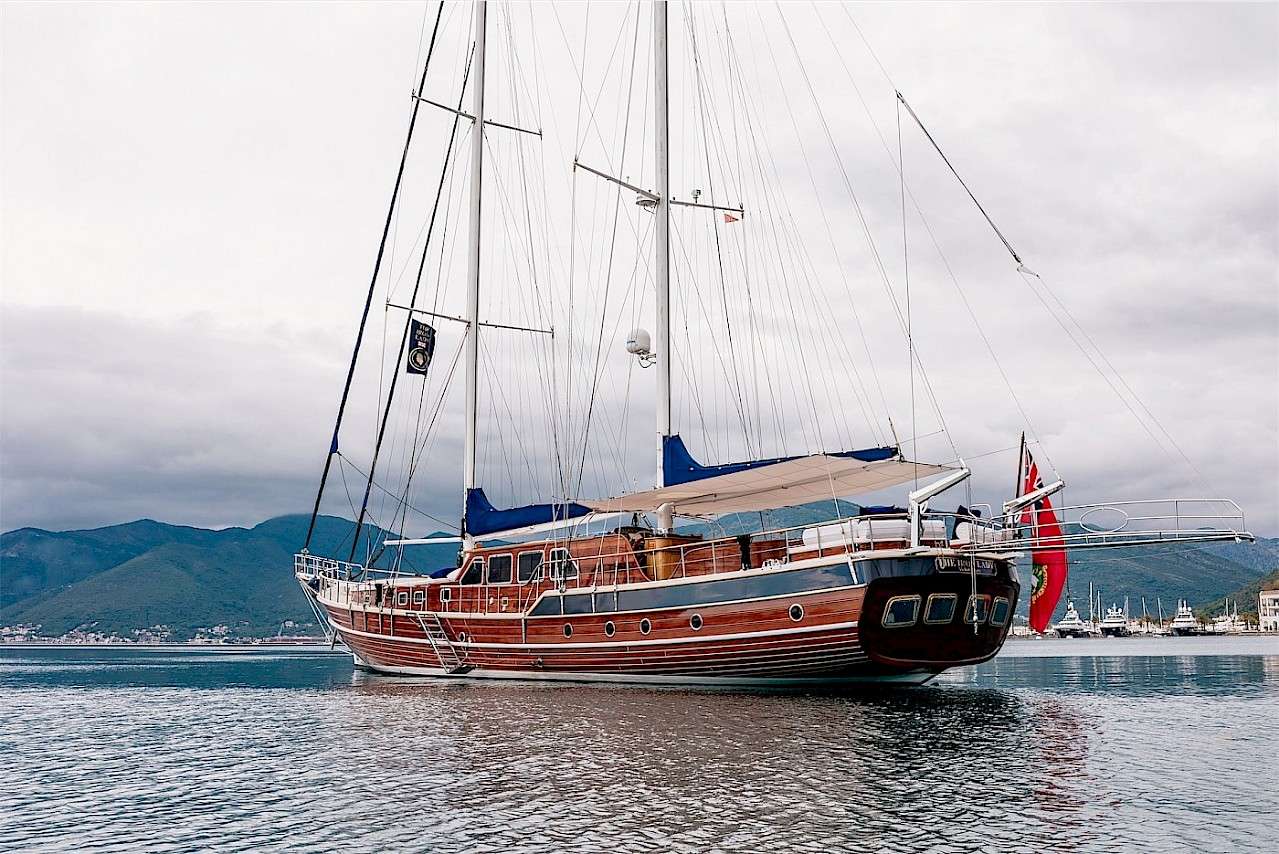 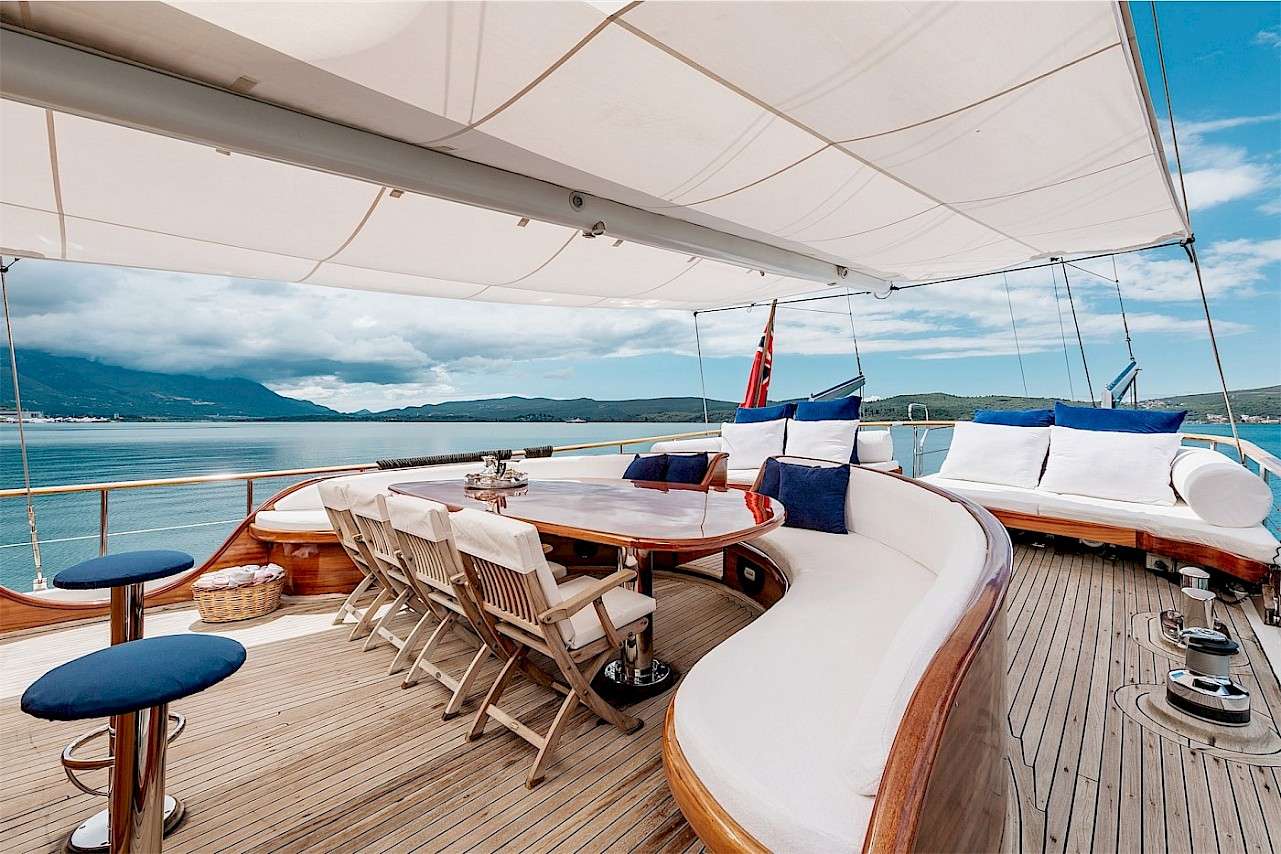 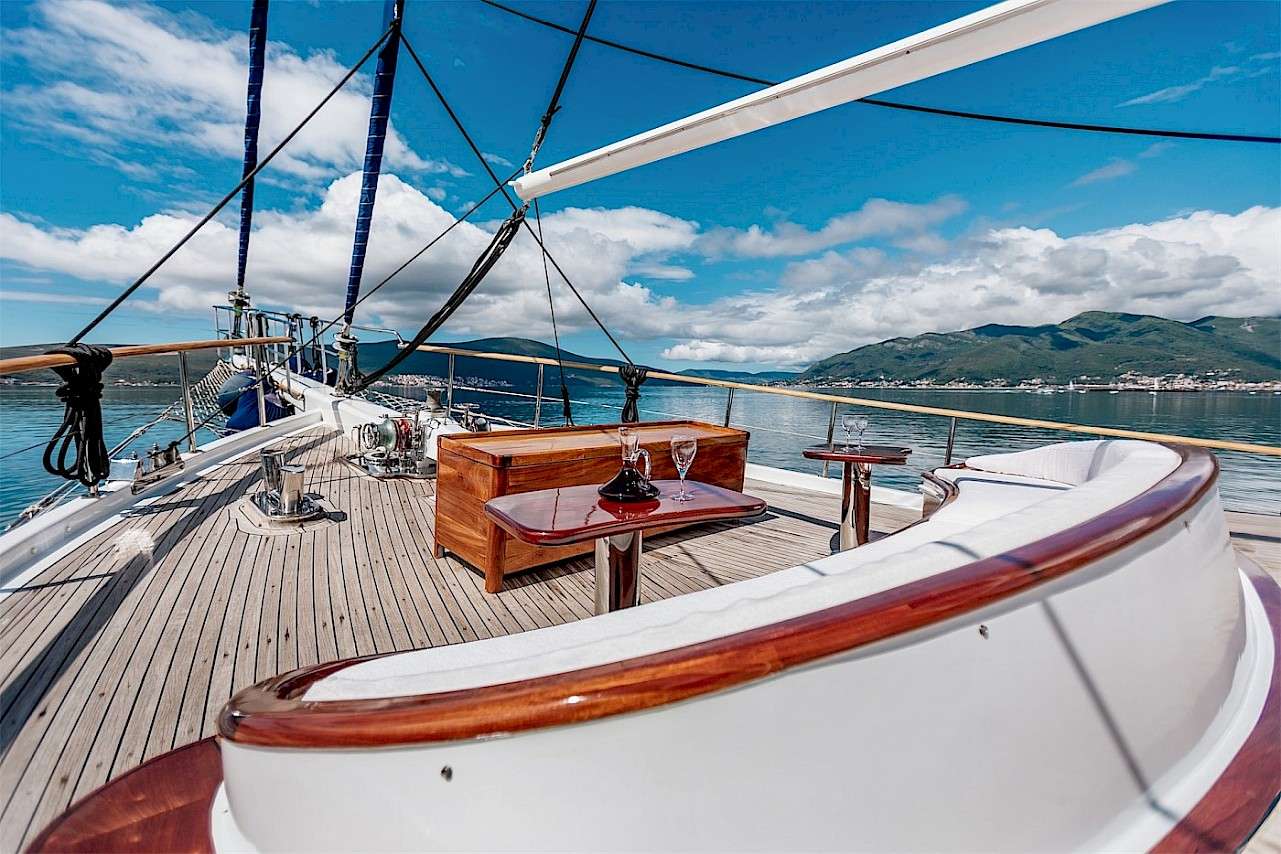 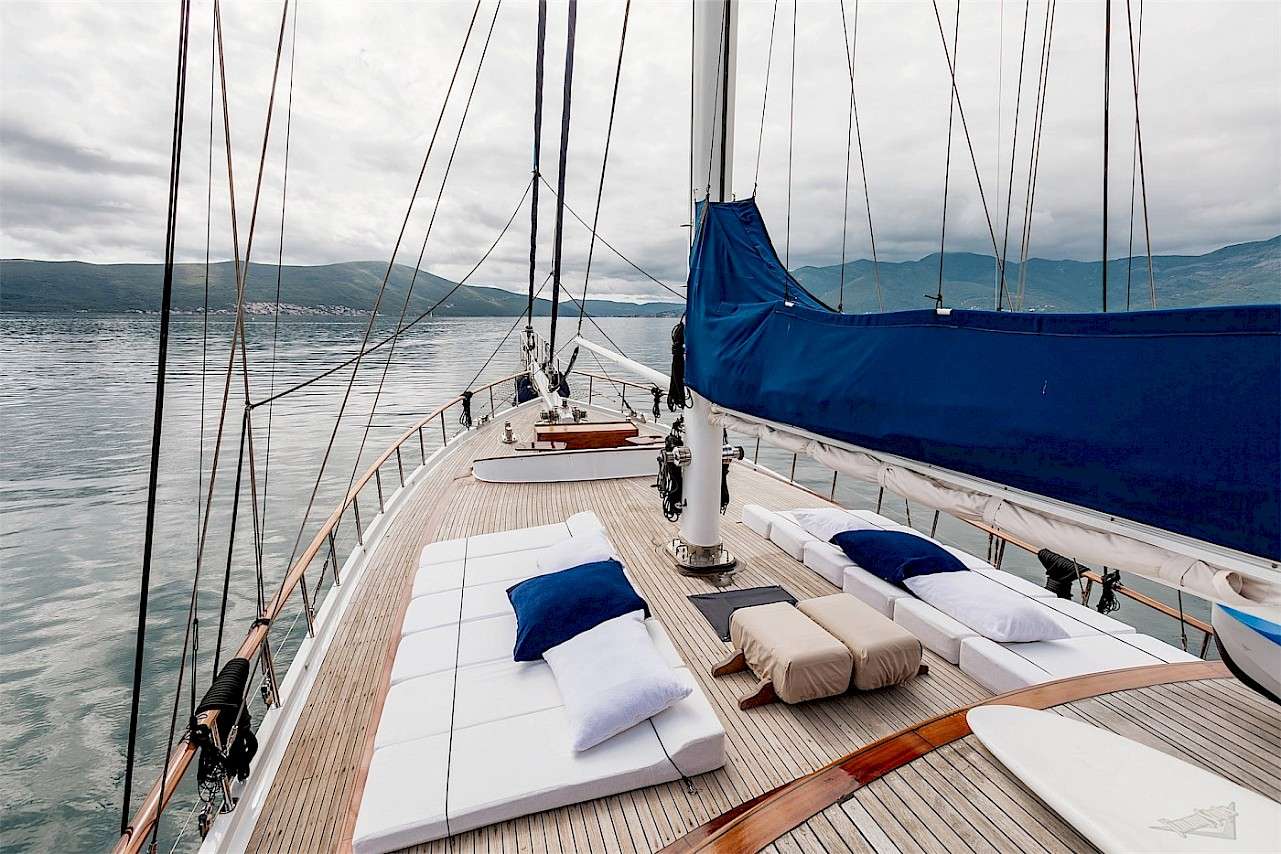 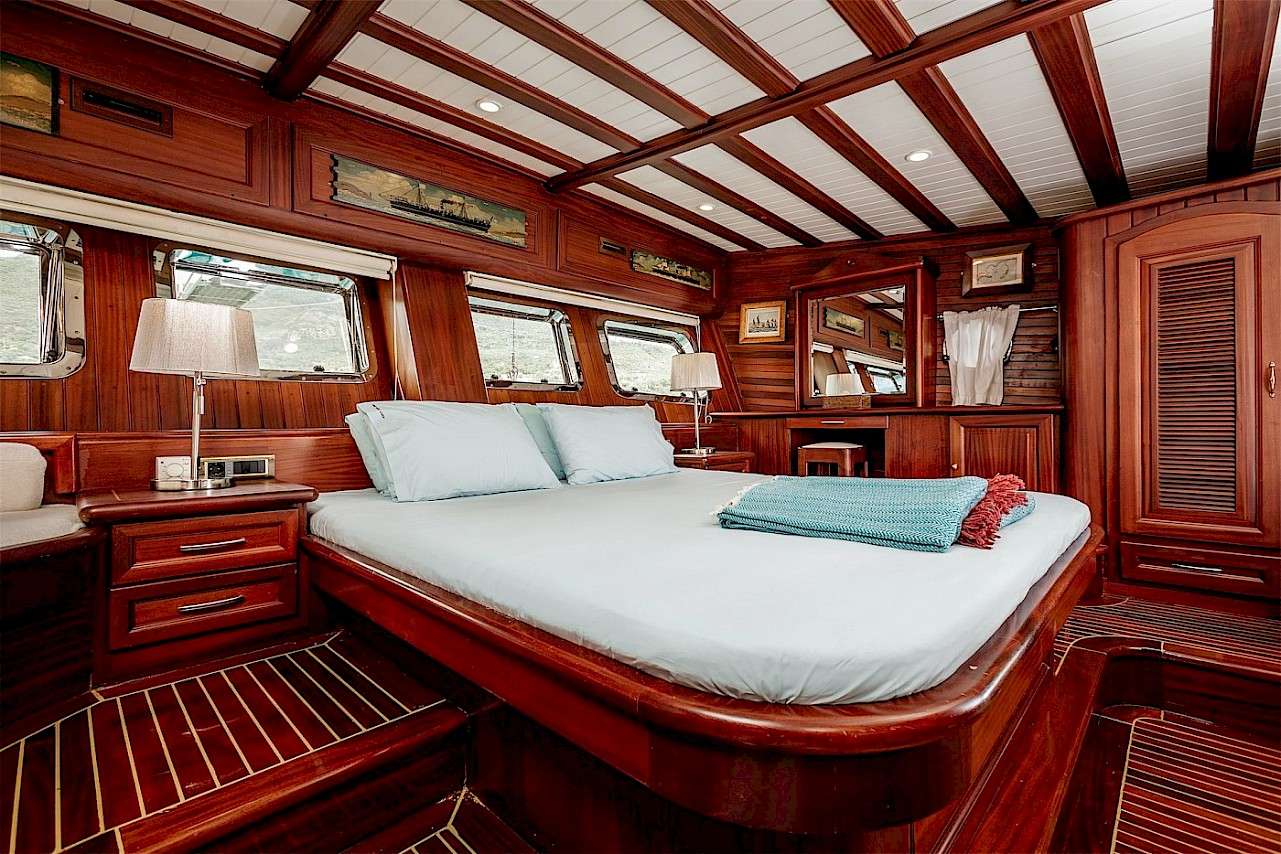 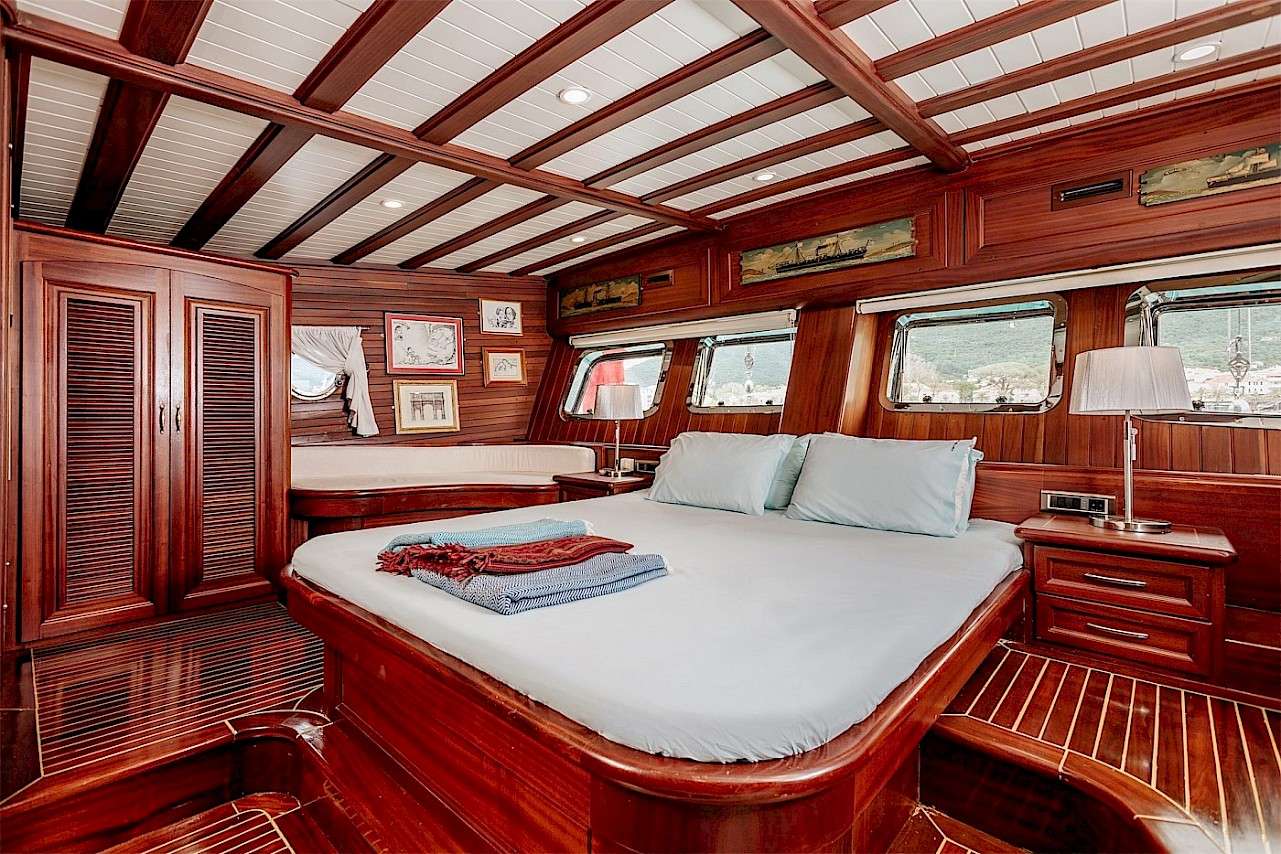 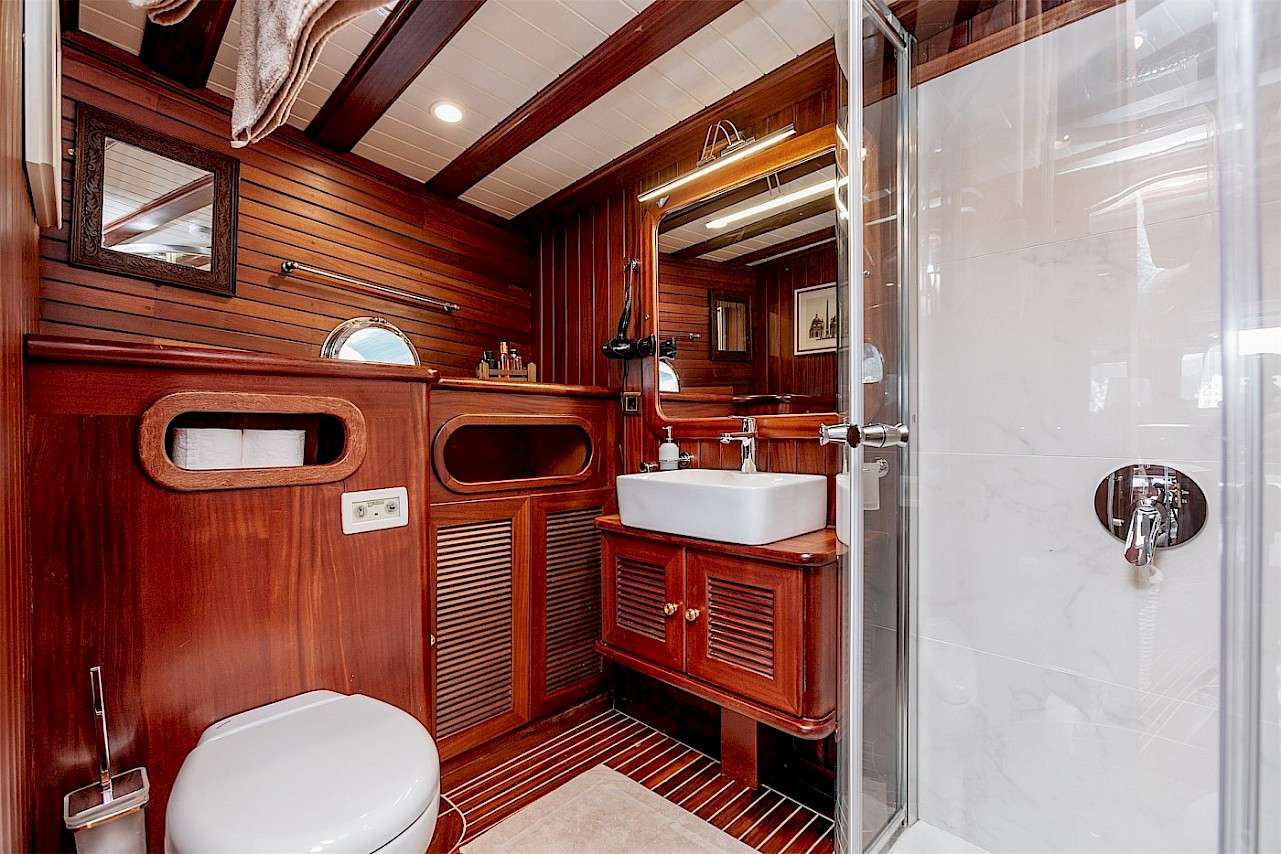 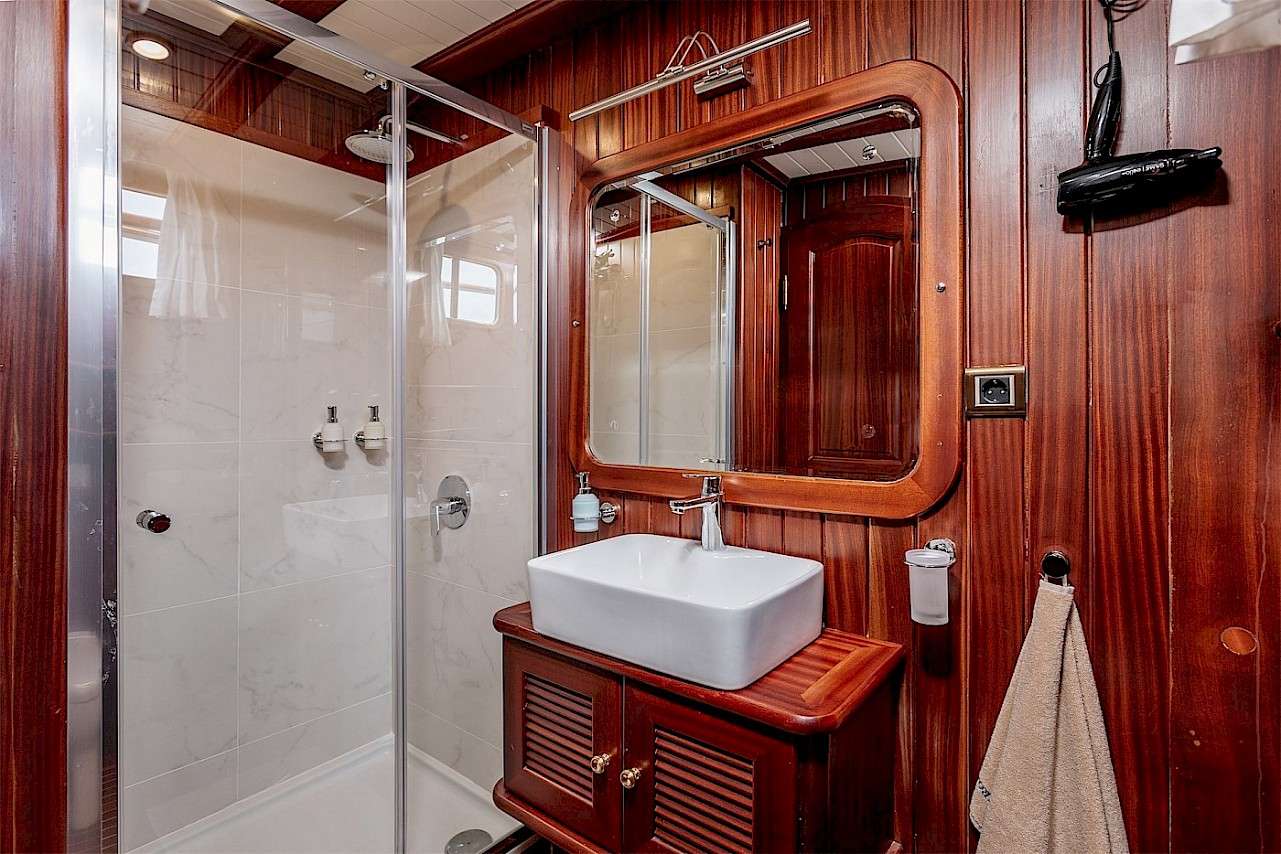 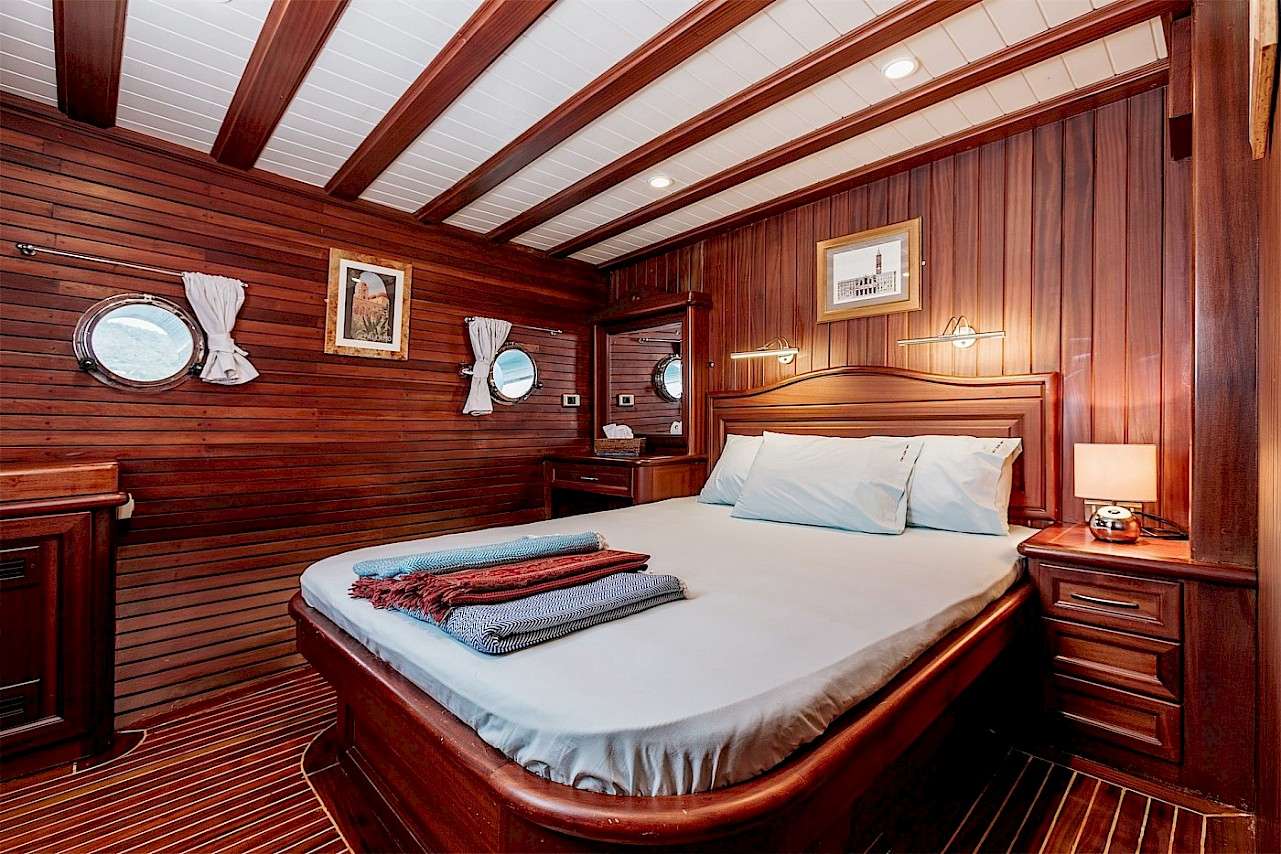 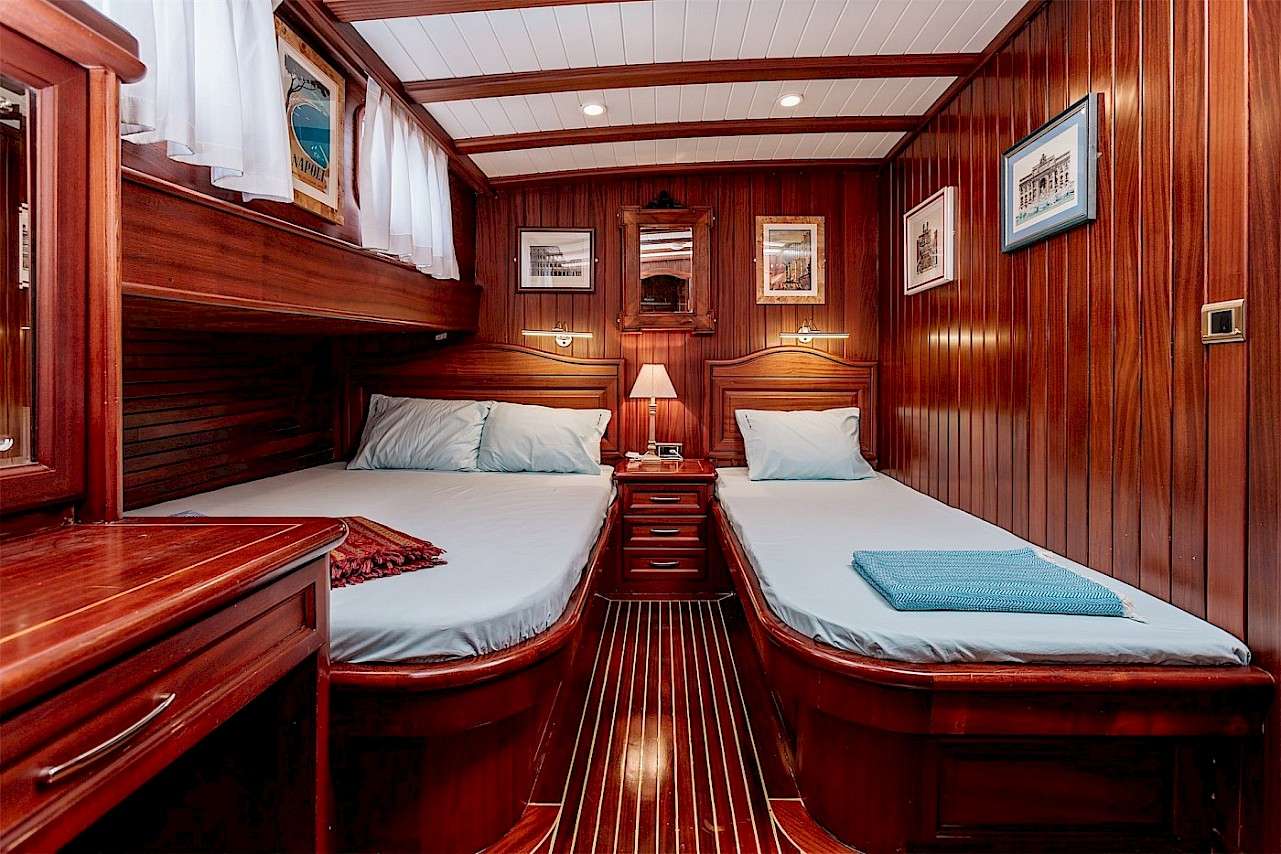 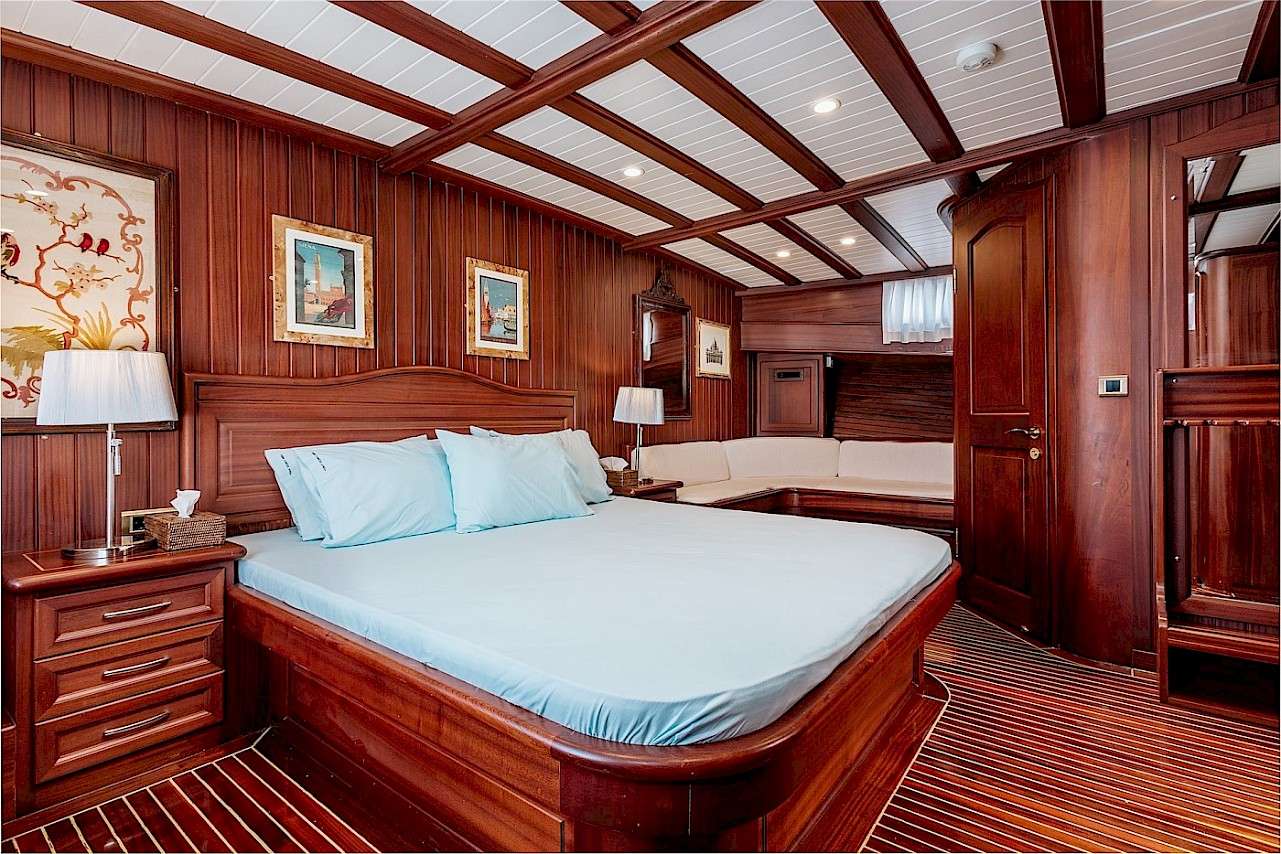 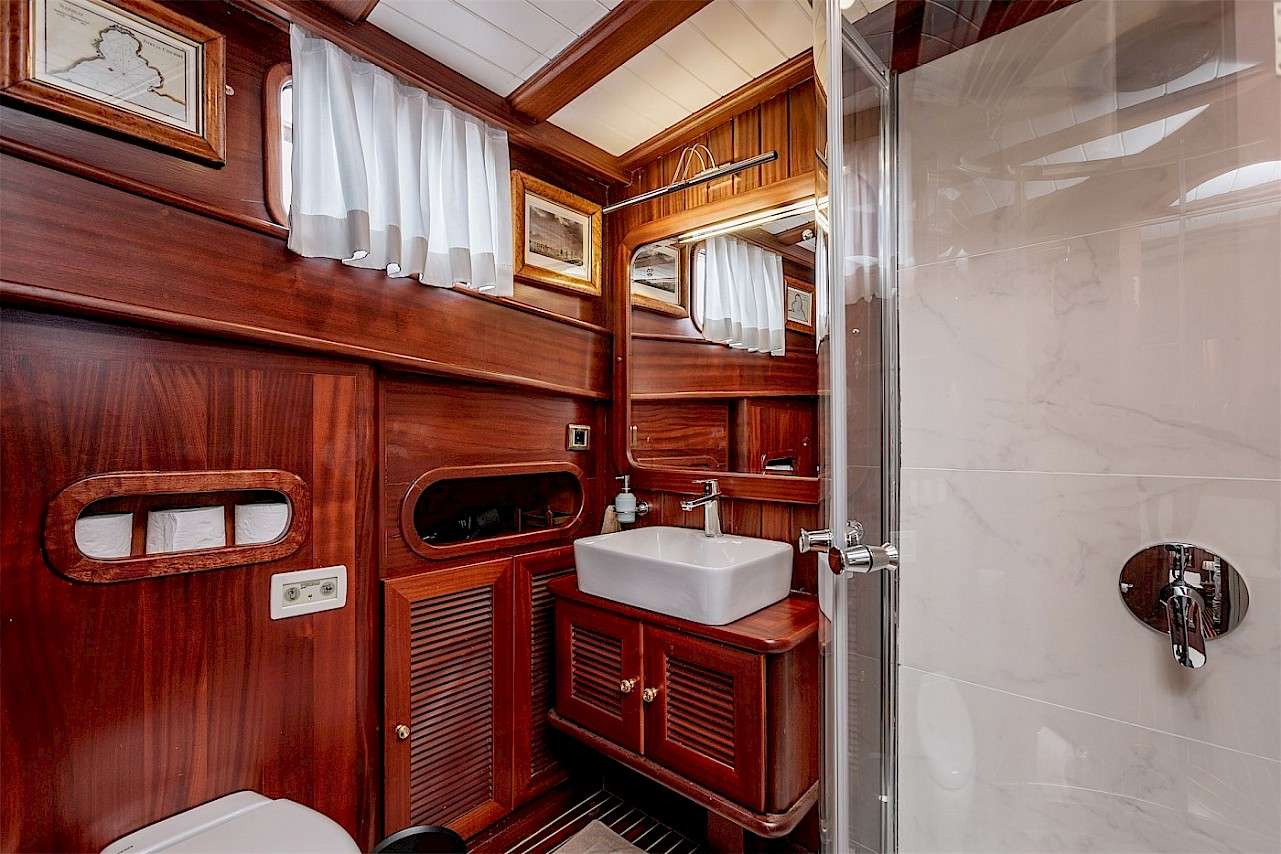 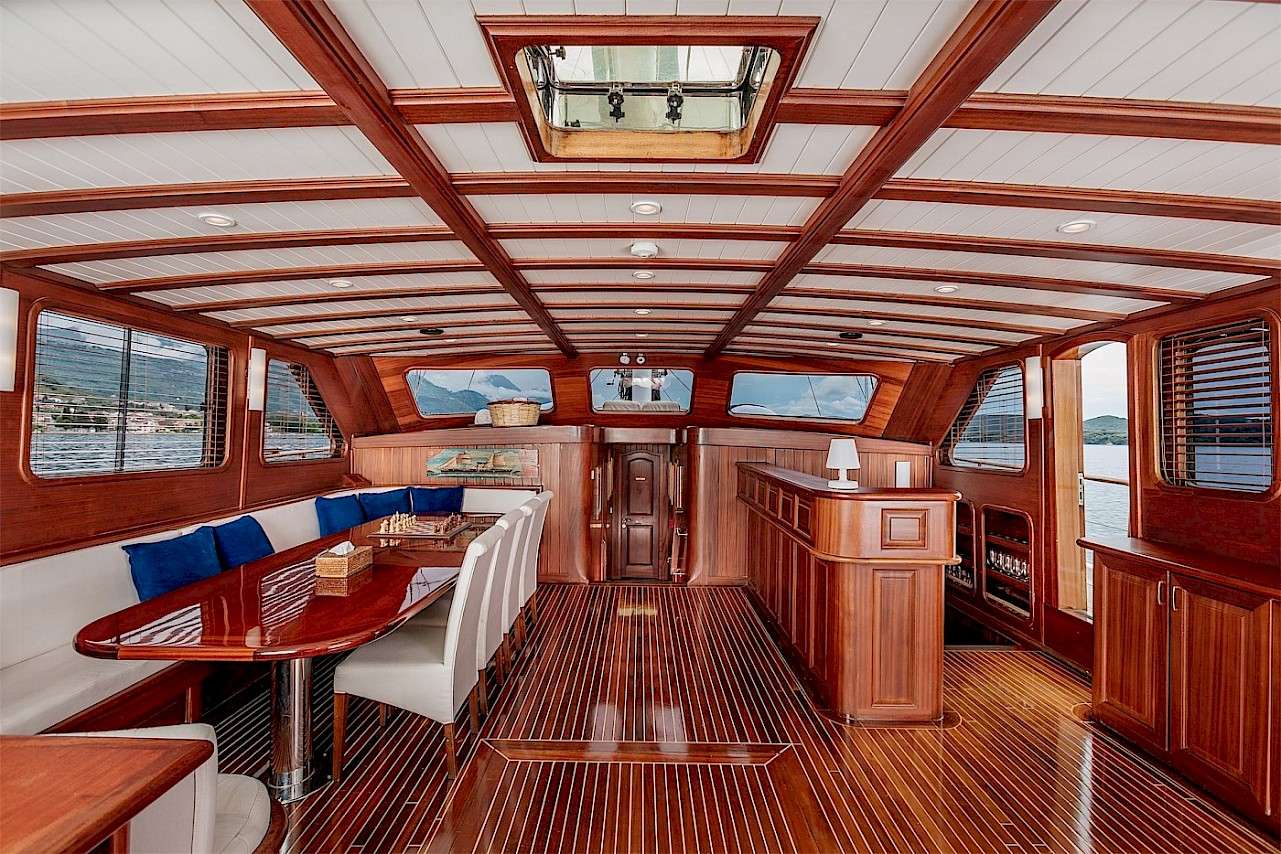 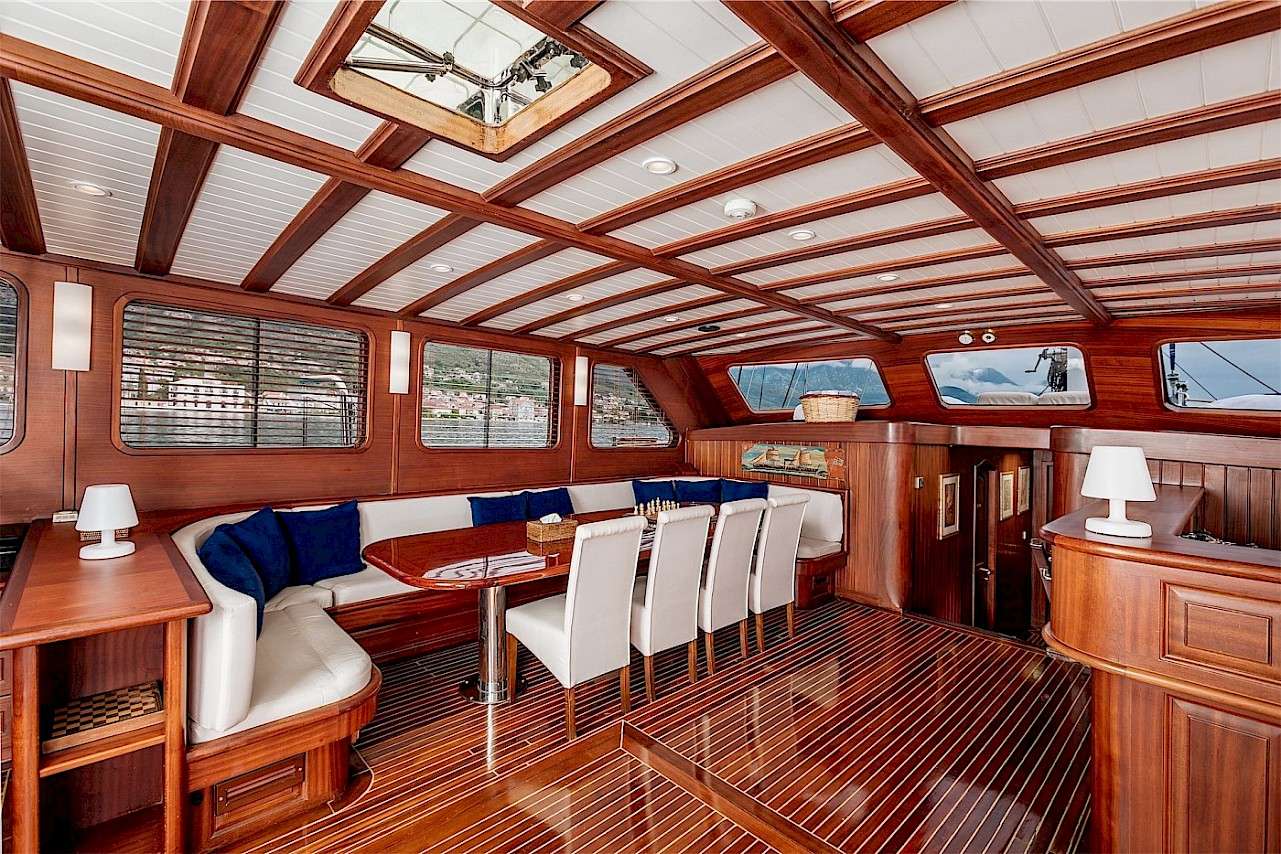 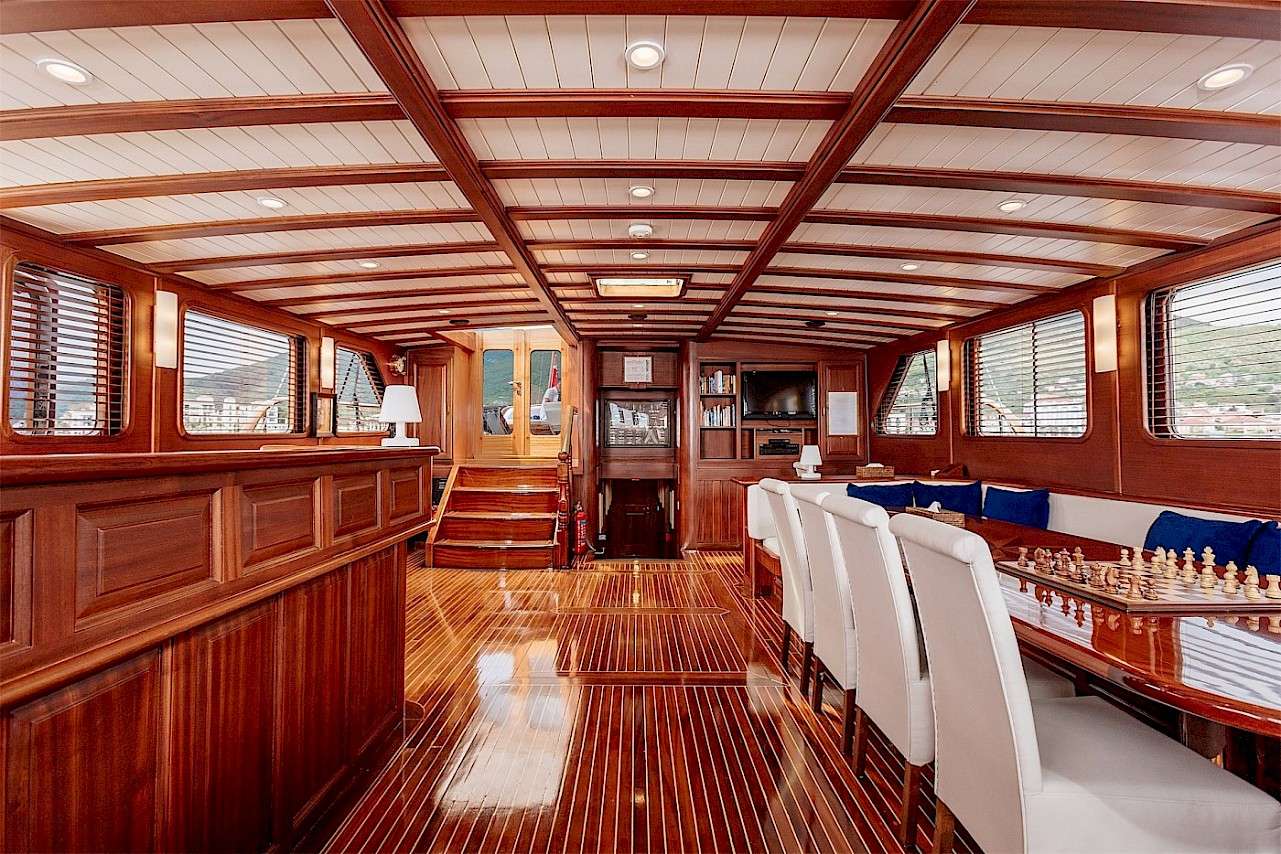 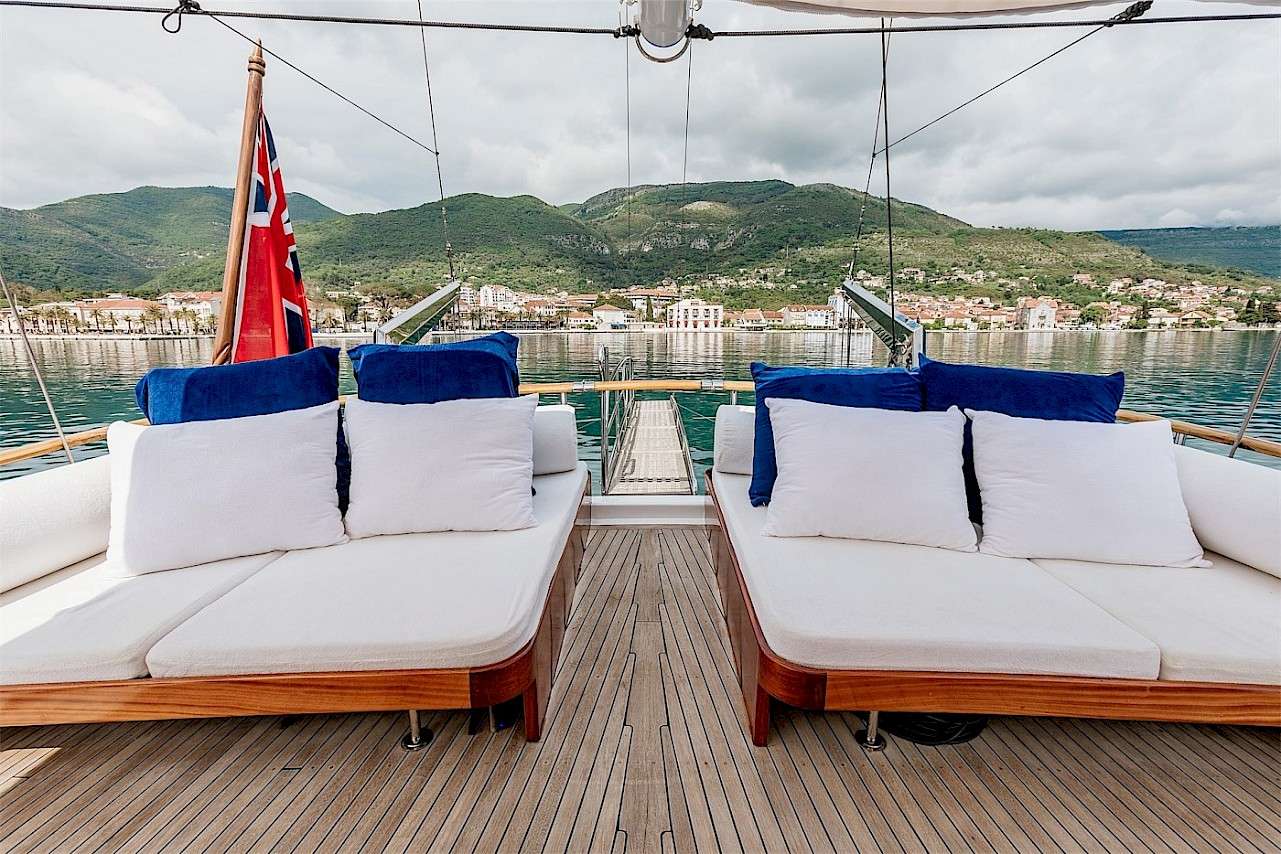 Click Here to Exit
Captain, Ersin Tura is a born leader and a great commander to his team. Under his attentive and careful supervision, the crew works as one harmonious organism. Tura is 42 years old, and he comes from the Aegean coast of Turkey. He was born and raised in the city of Bodrum, and that is where he went to school as well. Tura started his maritime career at the age of 17. Before becoming a captain aboard commercial yachts, he had worked as a seaman for five years and then had a chance to work as a chef for three years in a row. Since the year 2000 Tura performs excellently as a commander onboard, and this season will be his second with the Iron Lady, but Tura already knows the yacht very well as he took care of all the necessary fittings and preparation works for the excellent performance of the vessel during the upcoming season. He speaks English very well and is happy to communicate with guests, plan their daily routes always offering few options to choose. Captain Tura’s knowledge of splendid Croatian and Montenegrin coasts are very profound. We must say he is a man who wouldn’t speak much about his kind and great character but one thing he shares is that he always works with honesty, he follows the discipline and expects the same from his team in order to have a more successful performance in work and daily life.


Chef, Sefer Özkapu is originally from Turkish city Bolu, which is close to Istanbul. He is a kind hearted man, happily married and has three beautiful children. At the age of 13 Sefer decided to start building what later became an outstanding career of the chef. He began his journey from a bellboy in 1992 at a hotel and already in a year Sefer worked as a demo-chef in one of Marmaris famous hotels. Few years later after working one season as a Chef Saucier Sefer reached the goal he had set for himself earlier and became a chef. For decades Sefer delivers top cuisine to his guests from all over the world which most of the time include VIP persons whether aboard luxury yachts or on land. Chef’s knowledge of world cuisines and guests’ preferences has no borders. He works with all kinds of menus including gluten-free, kosher, vegetarian, multi-cultural cuisines and is happy to plan the provisioning process and work with preferences of guests. Chef loves preparing traditional Turkish meals with a modern touch, and Ottoman style cuisine is also one of his specialities. Sefer also enjoys baking, so on a daily basis guests taste freshly cooked pastry and bread if preferred. This year chef Sefer spends his third season aboard The Iron Lady while in winter time chef works at the private residence of yacht’s owner where he cooks top meals for the family and the guests. Even though cooking is the greatest passion of Sefer, in his free time he enjoys listening to music, watch the movies and do some work with a computer. Chef Sefer speaks intermediate English.


Okan Özgüvendik is a dedicated member of the team. As a deckhand aboard The Iron Lady he helps and assists with any question there may arise during the charter or while the yacht is getting ready for its next journey with guests aboard. Okan is 25 years of age. He is originally from Bodrum town in Turkey that’s where he obtained his High School Diploma and Maritime Certificates such as STCW – Advanced Certification, Services Hygiene Education, and Safety and Awareness Training. Okan speaks intermediate English but is in a constant improvement of his knowledge. He is also good with various software and programs. Okan has started his sailing career in 2009 aboard luxury charter yachts. Since then he has proved himself as a responsible, professional and always ready to improve person. In his spare time Okan still loves spending time near the sea. He either goes sailing, wind surfing or enjoys scuba and free diving. Fishing is yet another passion of Okan as well as doing some magic at home in his kitchen as he loves experimenting with Aegean fish meals.


Deckhand, Berkan Güverçin is a University Graduate. He has obtained his undergraduate degree in International Relations in one of the most competitive universities in Turkey - Çanakkale 18 March University. Bodrum born Berkan also did distant training program in Foreign Trade and participated in 7th International Symposium on Business Administration. Even though having spent much time studying business administration and economics, Berkan decided to follow his true passion which is sailing and the sea. He’s already worked as a sailor aboard parasailing boat for four summer seasons in a row and was a captain aboard speed boat. Berkan believes that big projects consist of little steps and his goal is to become a captain. Seeing how much diligent he is, we’re sure one day his dream will become true. With no surprise Berkan’s hobbies include sailing and water sports, free diving and swimming.