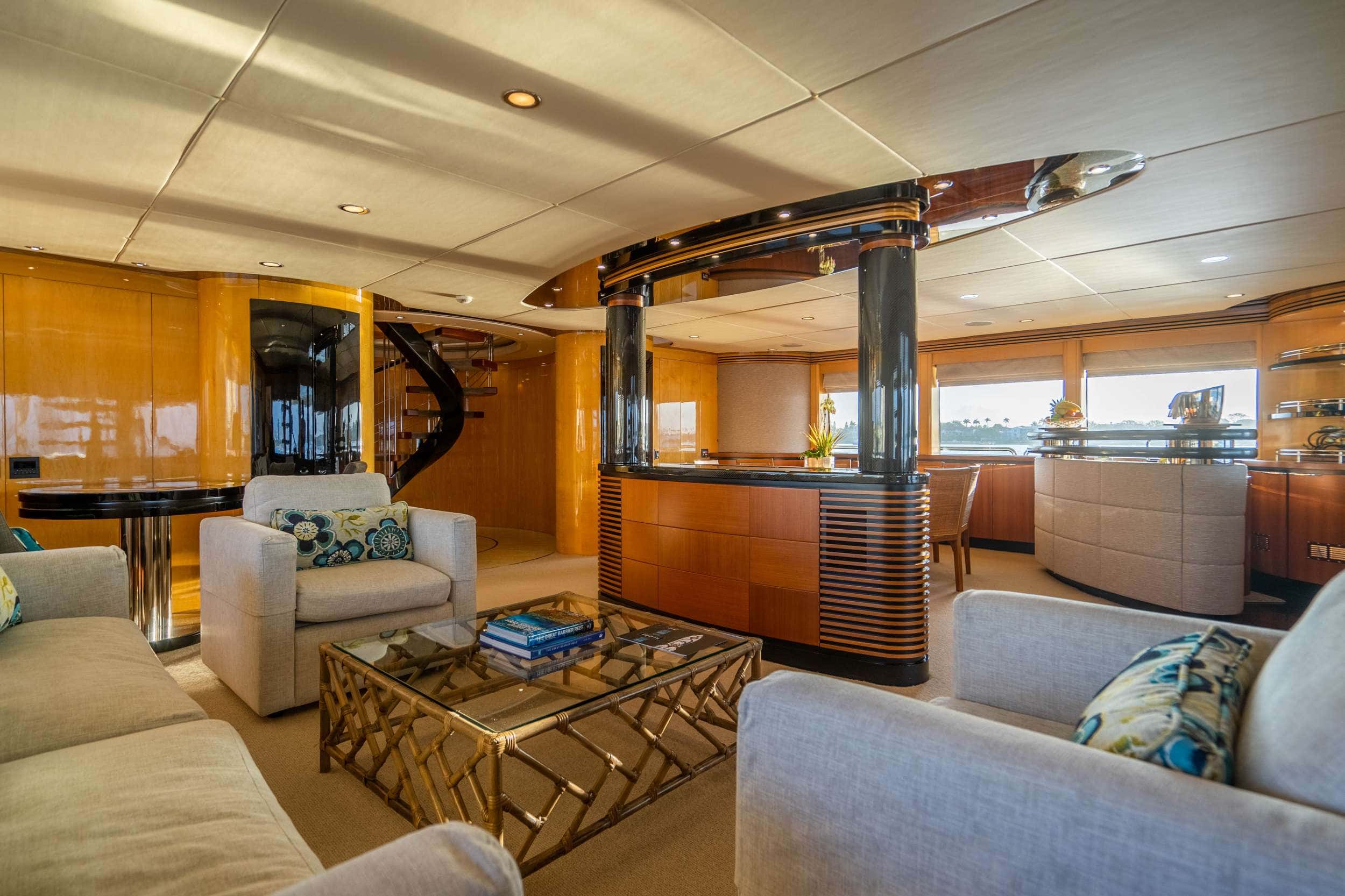 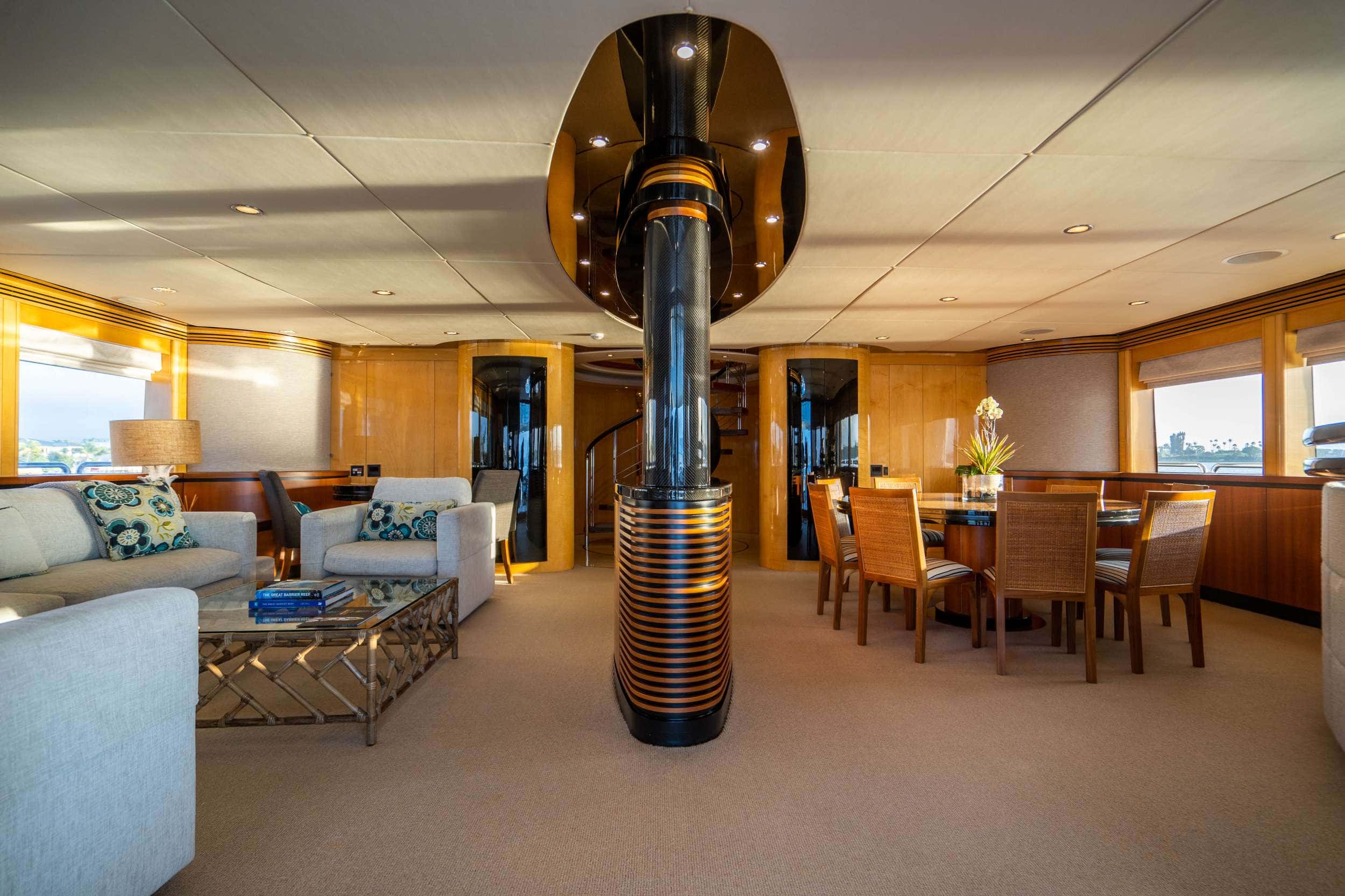 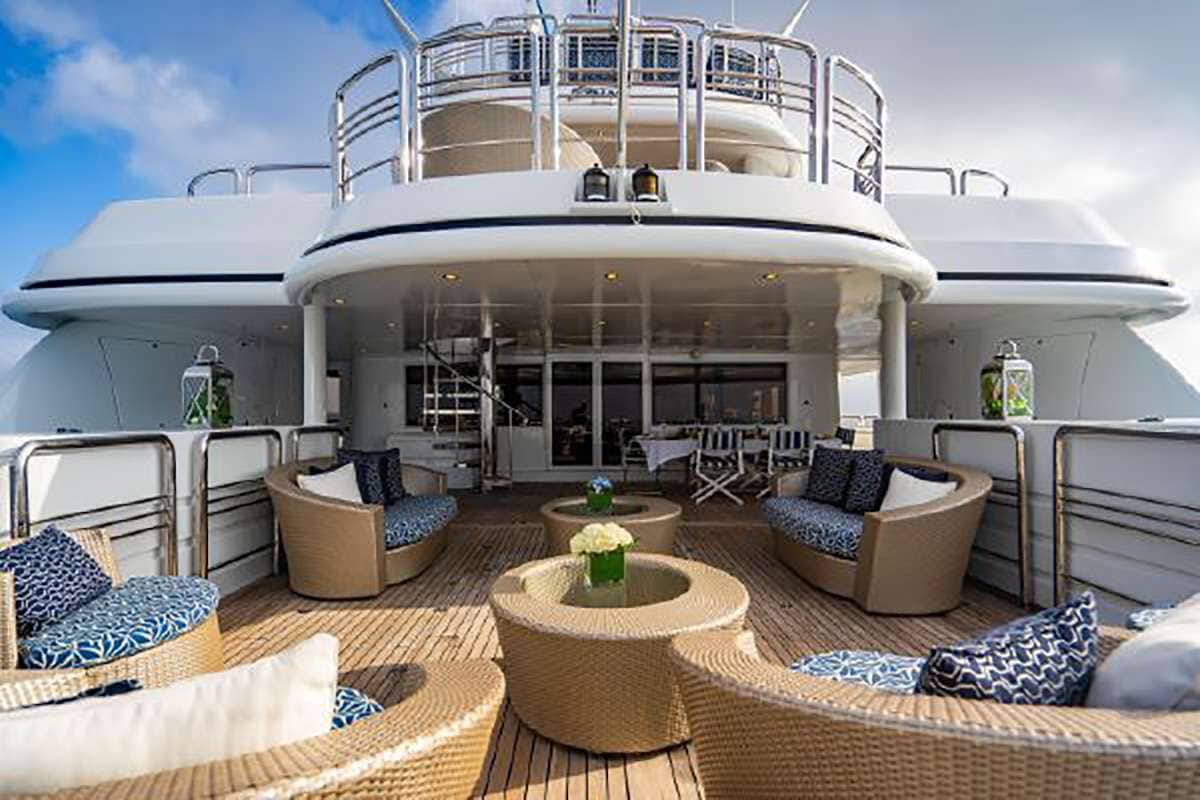 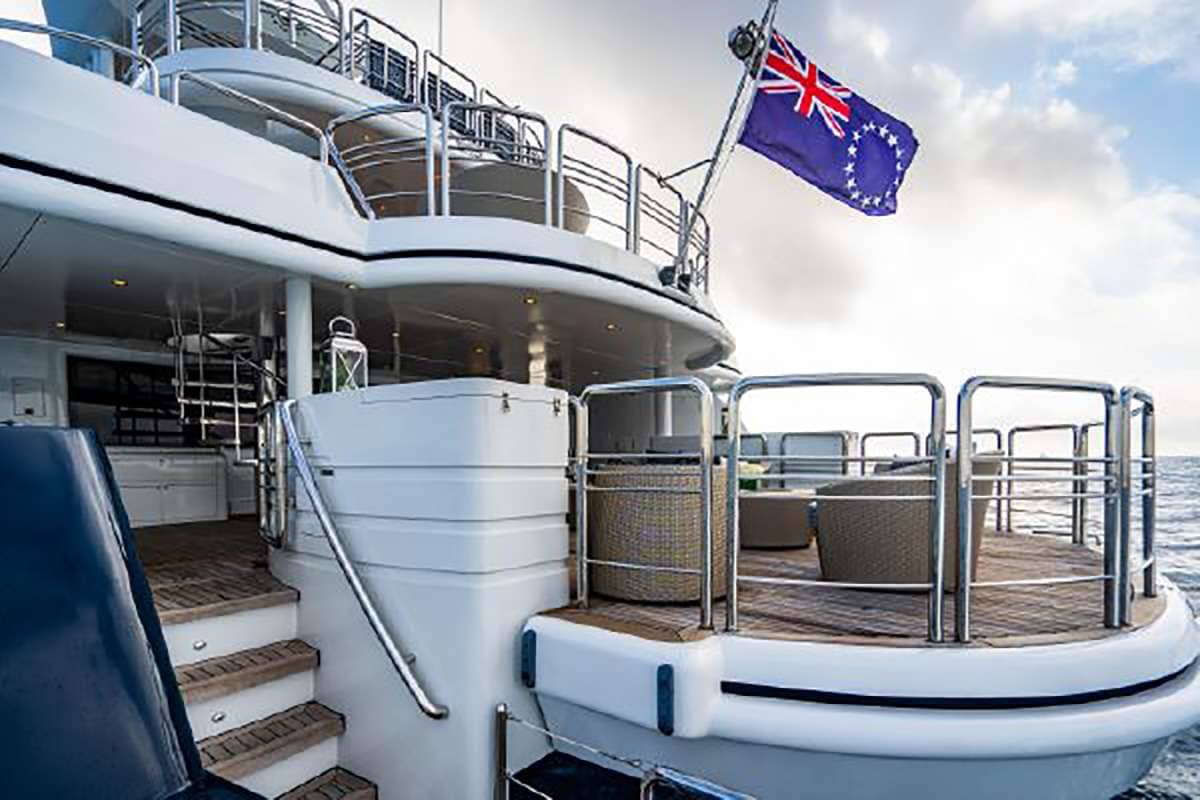 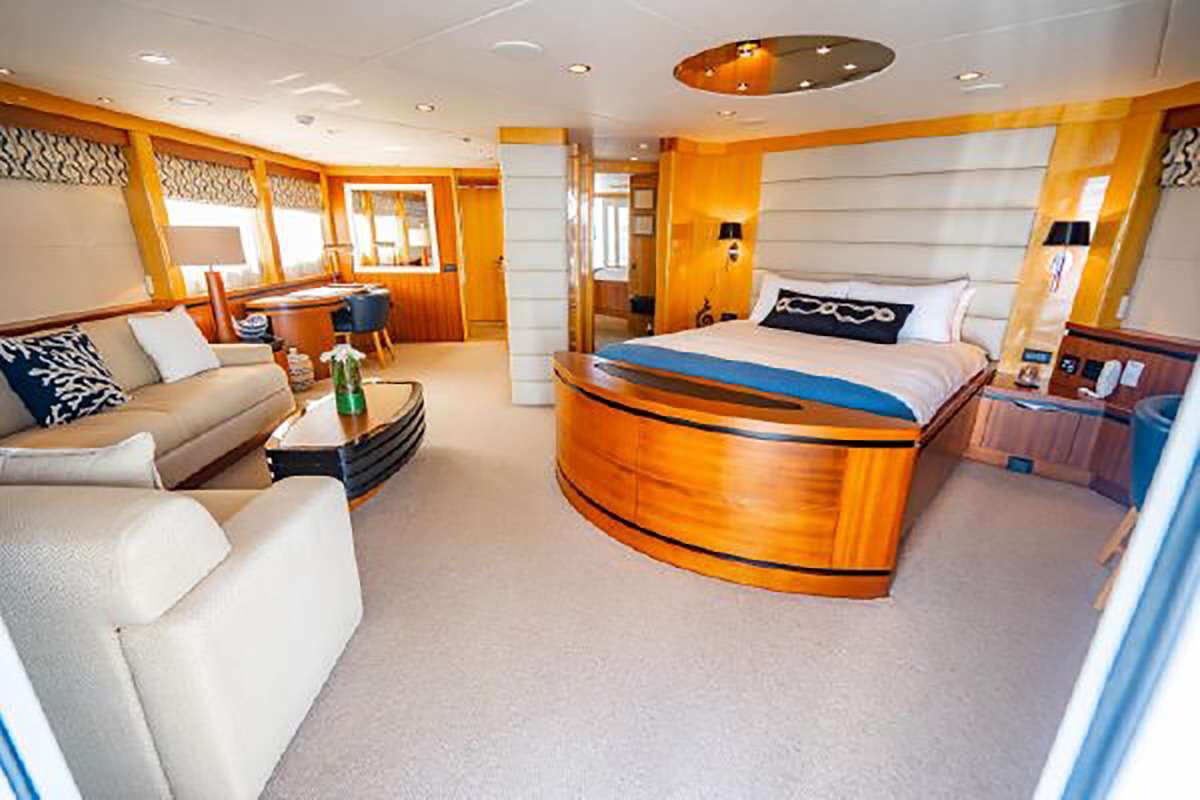 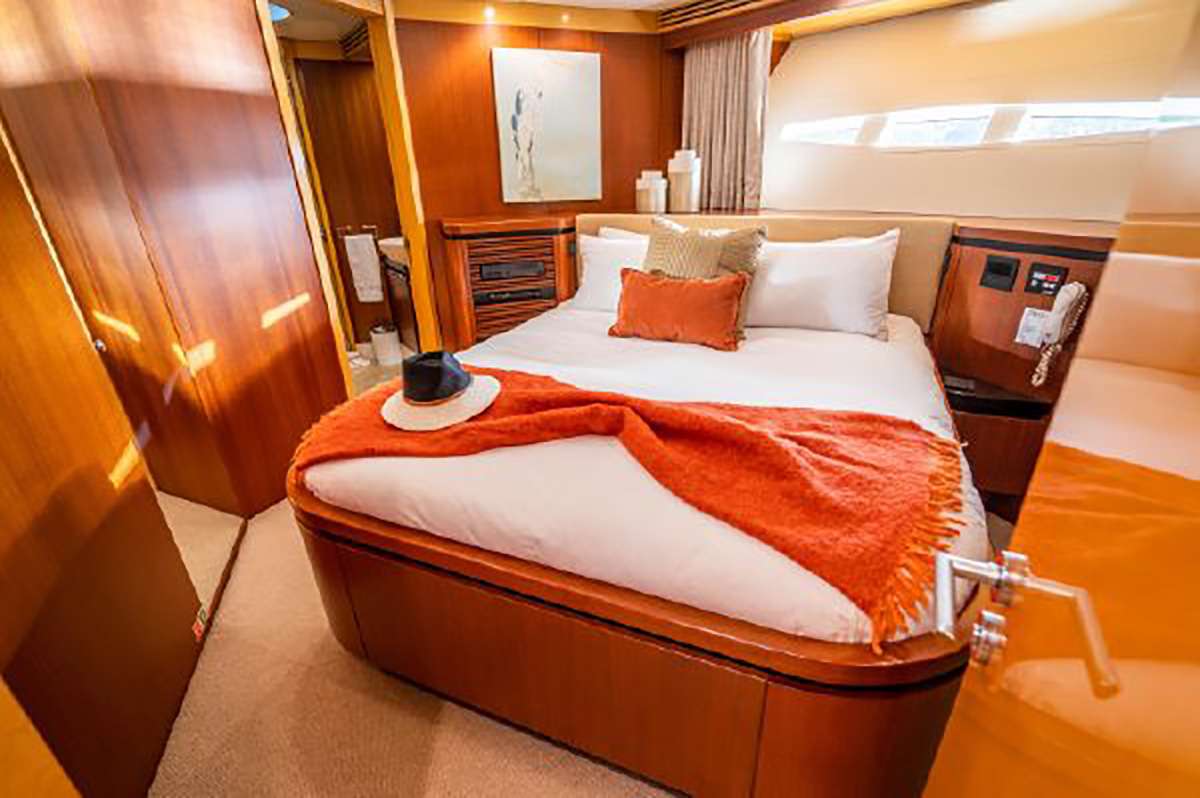 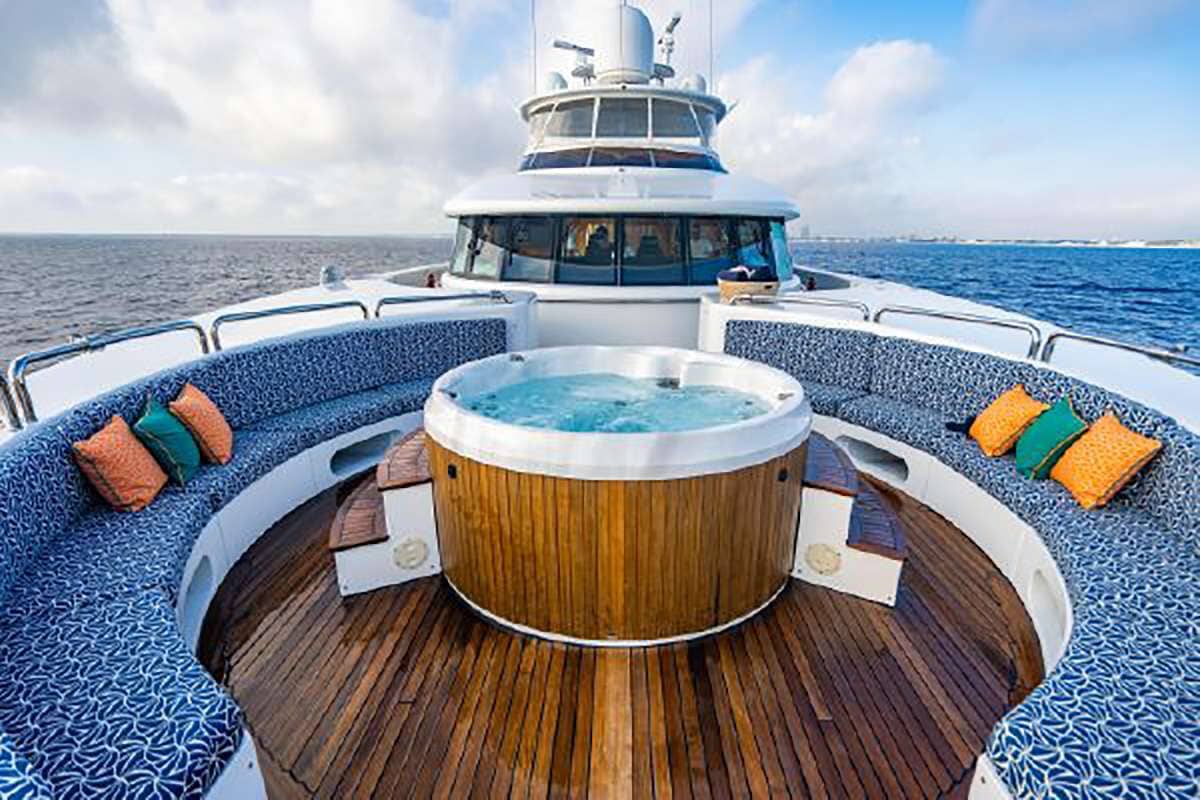 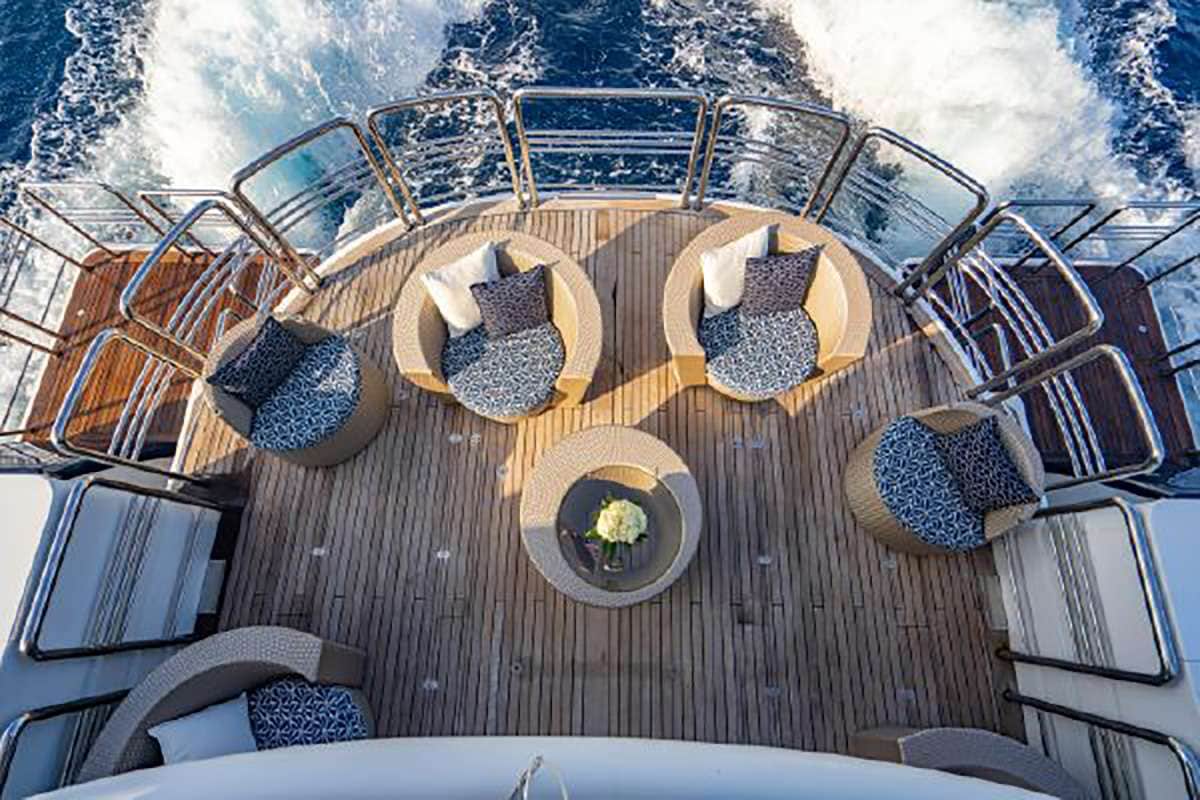 Born in Zimbabwe, David left at age 3 for South Africa where he grew up and developed his love for life on the ocean. He was raised in a rugged and beautiful country, which bred in him a sense of adventure and exploration. His 22 year career has allowed him to crew on not only the world’s largest sailing yachts but also several large superyachts which has allowed him to travel the world’s oceans from the Mediterranean to the USA and Pacific and New Zealand. Since gaining his 3000GT master license in 2015 he has Captained several vessels both Private and Charter up to 255 Ft mainly in and around the USA and Caribbean and Mediterranean. He has now joined the great young vibrant team on MY SPIRIT, looking forward to their exciting first season together. David’s interests include kayaking, sailing, rugby and adventure sports on land and sea. Previous yachts: S/Y ADELE 180ft / M/Y AMADEUS 230ft | M/Y ULYSSES 196ft | S/Y EOS 305ft | S/Y ATHENA 300ft |M/Y SOLEMAR 201ft | S/Y ELFJE 180ft | M/Y AMARYLLIS 255FT | M/Y VIXIT 173ft

Born and raised in New Zealand and educated in London, Andrew had an extremely successful career as an international culinary trained chef. His passion and experience for food and travel is what lead him to his yachting career. While working as a chef on both private and charter yachts, he began to pursue his captain’s licenses and education.   With 23 years of experience, he now holds several 3000 Ton Masters Licenses. He has served as Captain on multiple vessels up to 208 feet. His travels have taken him all around the South Pacific, Indian Ocean, New England, Bahamas, and the Caribbean. Andrew knows the Bahamian waters well and loves sharing it with others. In his time off, Andrew enjoys fishing, paddle boarding, motorcycles, travelling, snow skiing. "If I’m not working on the water, I’m playing on it."

Morné was raised in Central South-Africa. He and his family moved to Florida in 2015 when he started his maritime career as Mate/Engineer. His yachting travels have taken him through the Bahamas, Caribbean waters of both the US and British Virgin Islands, and Saint Maarten. He has experience working on motor yachts and tri-jet boats up to 160ft. As Chief Engineer Morne’ has a calm and pleasant demeanor. Don’t worry if you don’t see him – everything is fine Morné's main hobbies include golf, running, and water sports like water skiing and fishing. He also enjoys exploring the beautiful areas in and around the states with his family.

Liebe was born and raised on a farm in the heart of South Africa. She started her love for food from a young age, as her mother and grandmother were chefs too. She has always been artistic and travelled through Europe to learn more about the rich history of art. Her love for food grew fonder and she decided to study Culinary Arts. She did her Diploma in Culinary arts and Patisserie. She also specialized in Media communication and food photography. For the past few years, she worked at a few fine dining restaurants and catering companies as well as in the magazine and film industry.
Liebe always strives to be the best version of herself while being caring and hardworking. She decided to join the yacht industry to combine her love for cooking, travelling and growing her knowledge.

I was born in Nassau, Bahamas but at an early age my family and I relocated to Abaco, Bahamas. My childhood was spent lobster fishing, island hopping to various Bahamian islands. I knew from an early age I was destined for a life at sea. At the age of 19, I attended the LJM maritime academy nautical science program where I gained experience on polar charter cruise ships and 600ft bulk cargo vessels. During this time, I traveled to places including Antarctica, Greenland, Iceland, Spain, France, Argentina just to name a few. In 2019 I landed my first job as a mate on a 30m charter yacht. I have spent the past 4 years gathering experience on various yachts cruising as far north as Montauk, New York to as far south as St Thomas ,US Virgin Islands. I hold a 200 ton Yacht master, a Bahamas Class B captain license and am now working towards my OOW certification. When I'm not working, I spend time with my family on a sunny beach with a nice BBQ.

Ruan was raised in Central Southern Africa. He and his family moved to Florida in 2015 to follow a career in professional golfing. During school holidays he spent his time on the water in South Florida and the Bahamas working on several private vessels as a deckhand learning the ropes and thoroughly enjoying himself. In a gap year while he awaits his college application to be accepted, he has joined the team on My Spirit for their first. Ruan's main hobbies include all manner of sports especially in and around the sea like water skiing, wakeboarding and fishing he also plays drums in a local band. He continues to play golf at a high level and ultimately would like to turn professional one day.

Jade Deftereos is a bubbly, good humored South African stewardess which joined the yachting industry in 2022 as she wanted to challenge herself as well as wanted to live by the ocean. Passionate about her career, she aims to deliver the best possible guest experience and service. Jade enjoys being active, swimming as a sport and for leisure as well as snorkeling and spending time with friends and family.

Monika was born & raised in Poland. After graduating with an Academy of Fine Art, Monika pursued a career as a Graphic Designer. Because of her love of boats and ocean, however, she decided to change paths and join the yachting industry. She is a positive-minded, down-to-earth individual who takes tremendous pride in everything she does. She enjoys making the people around her smile & loves to experience all the joys of life. She is a stewardess with a very positive attitude, whose goal is to ensure all guests’ needs are taken care of in the utmost professional manner. Monika loves to live actively - practice yoga, run and explore new places. In free time, she relaxes by reading books.