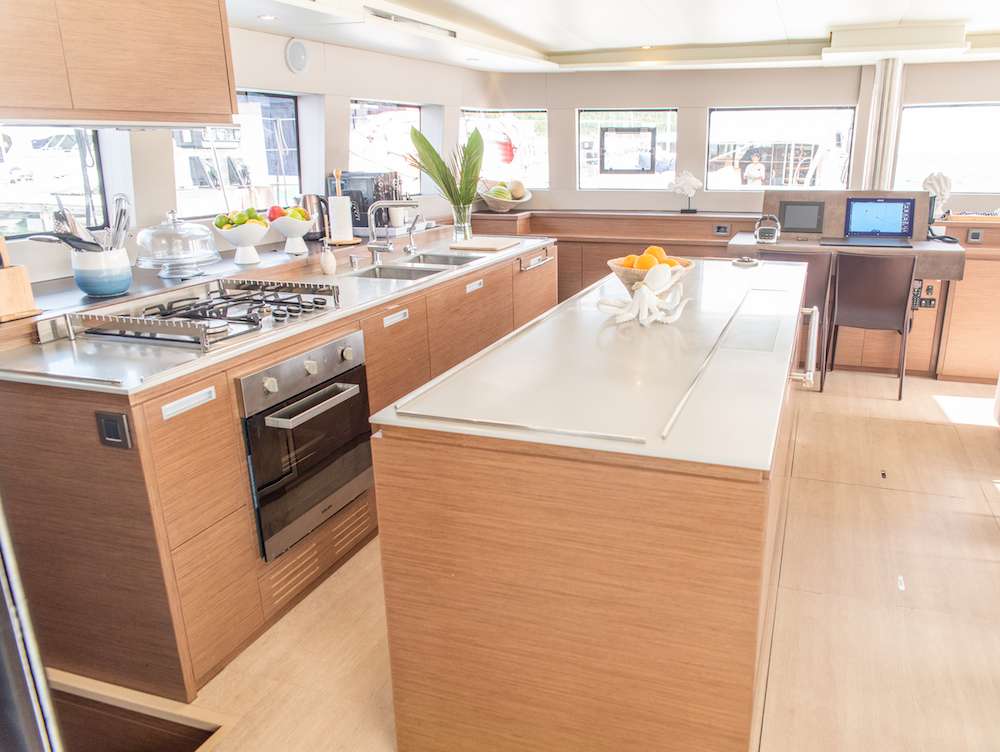 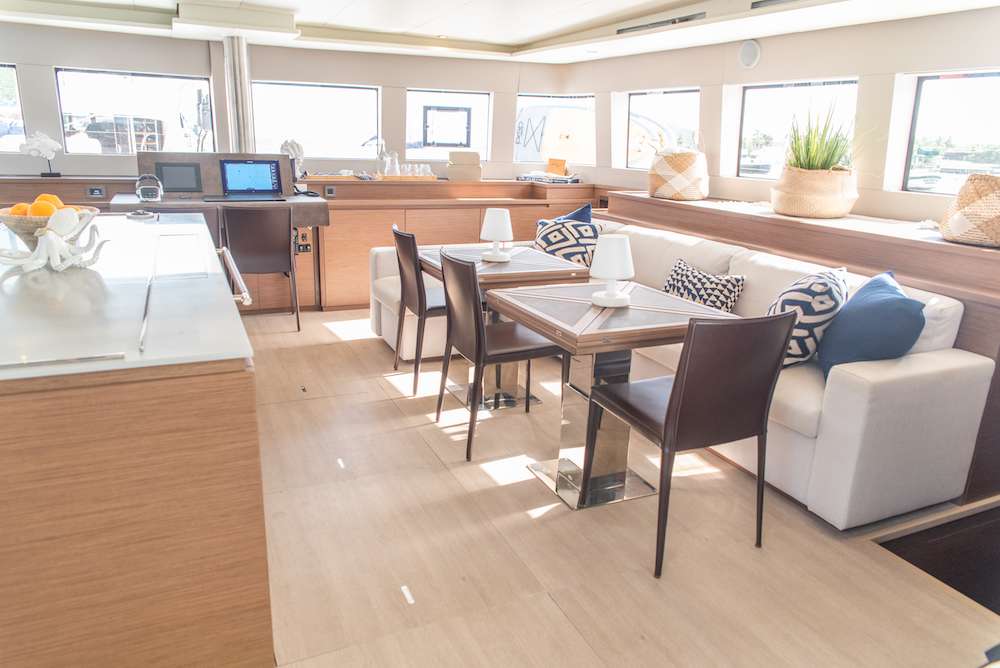 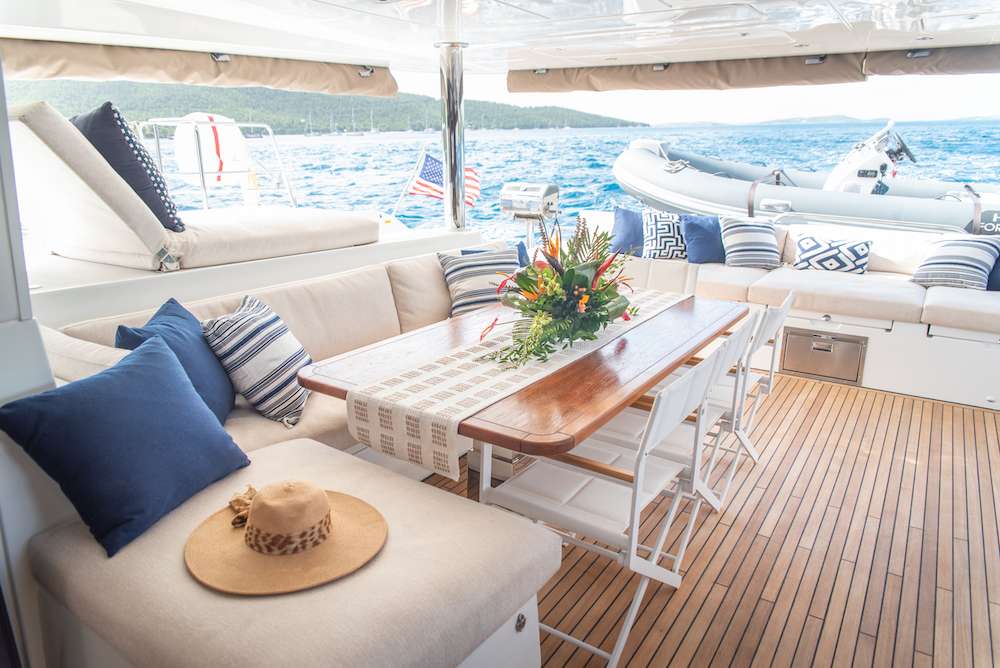 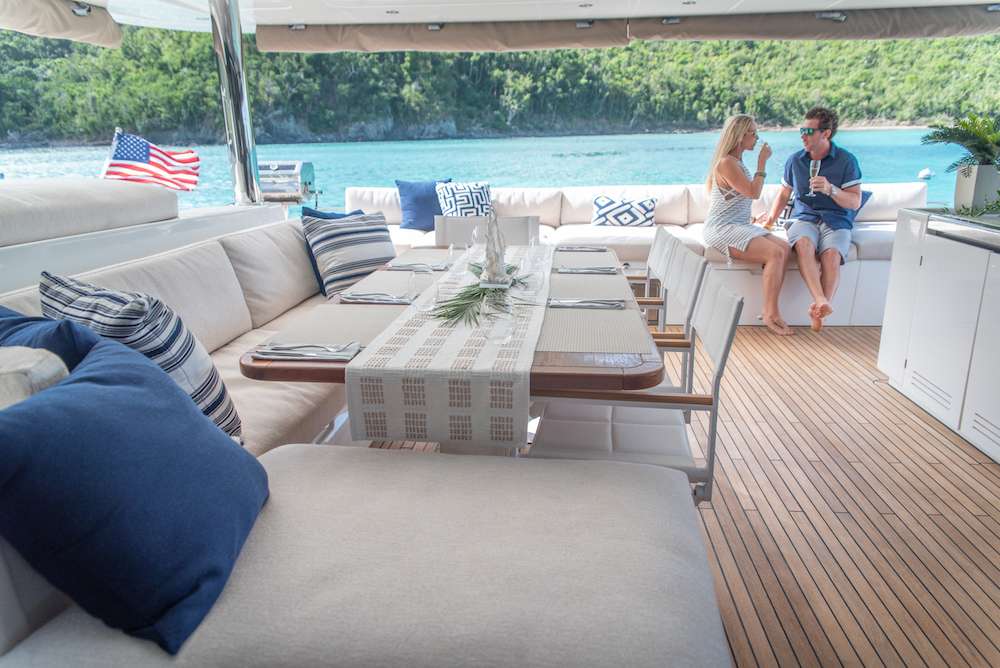 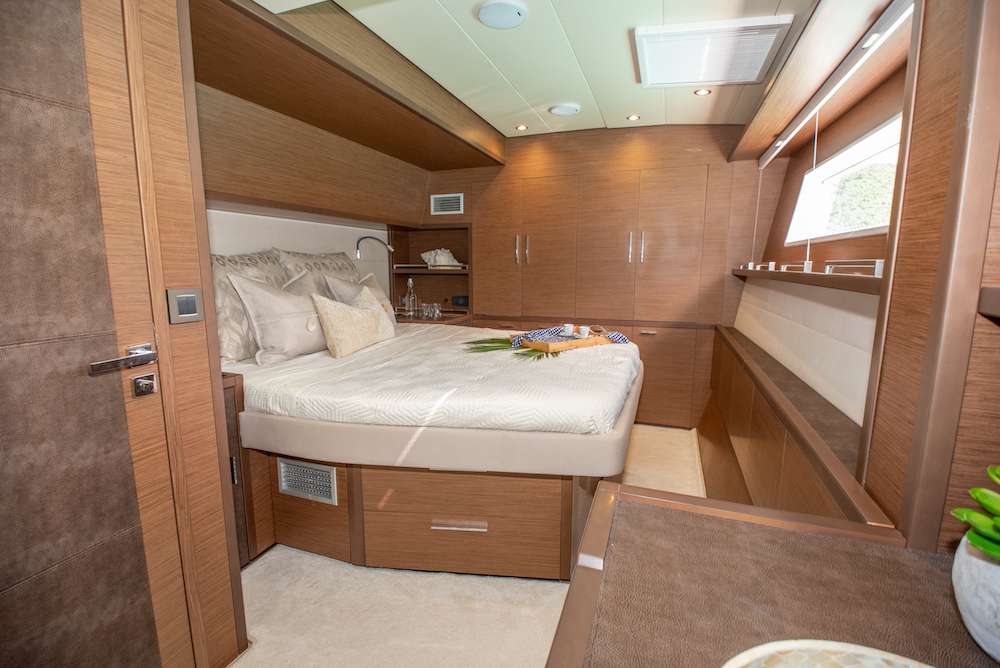 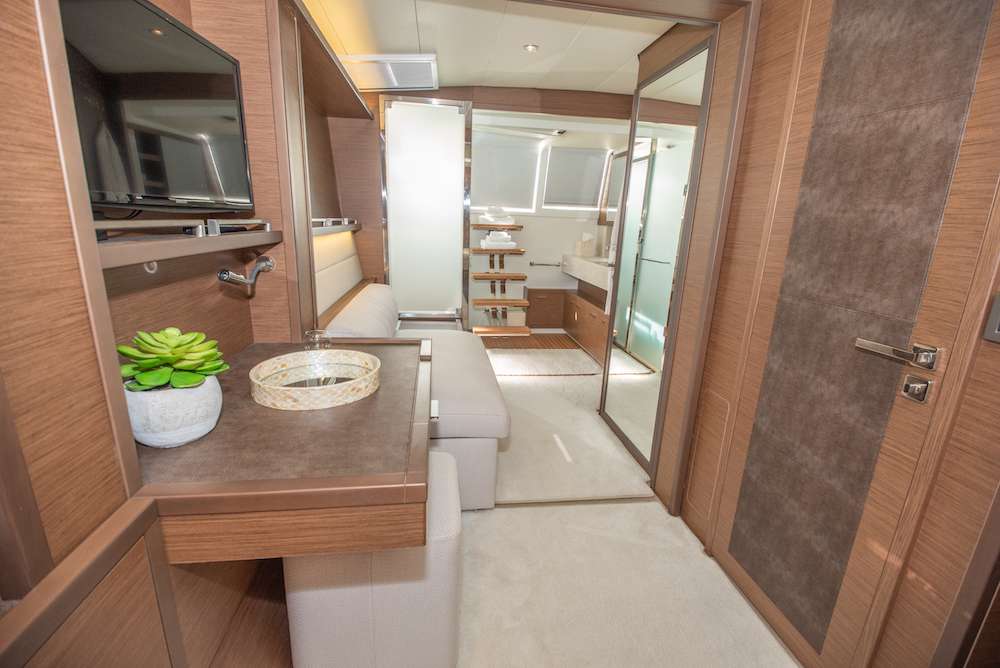 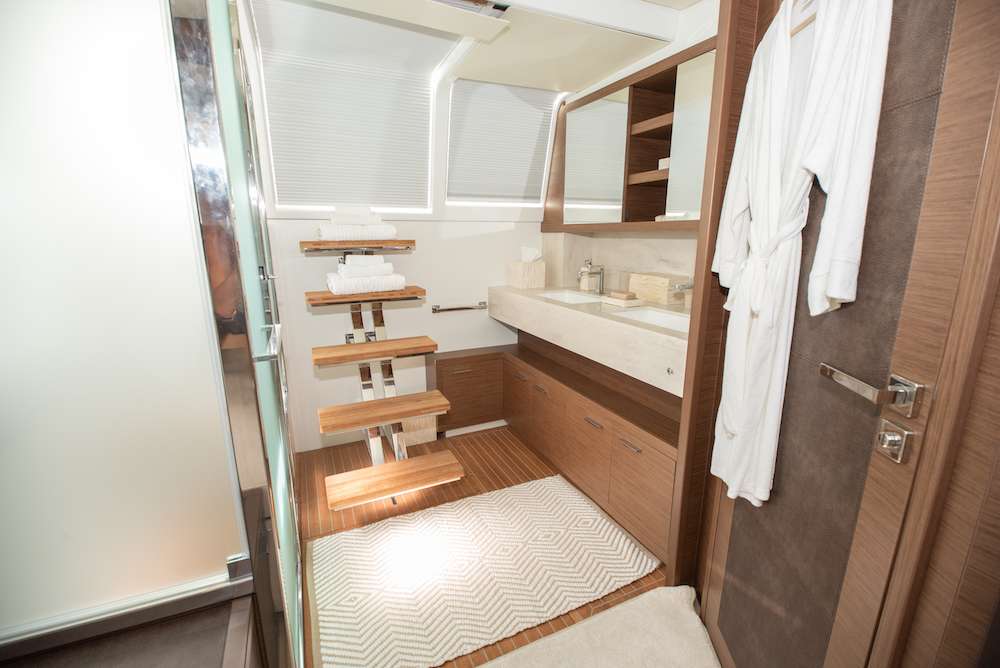 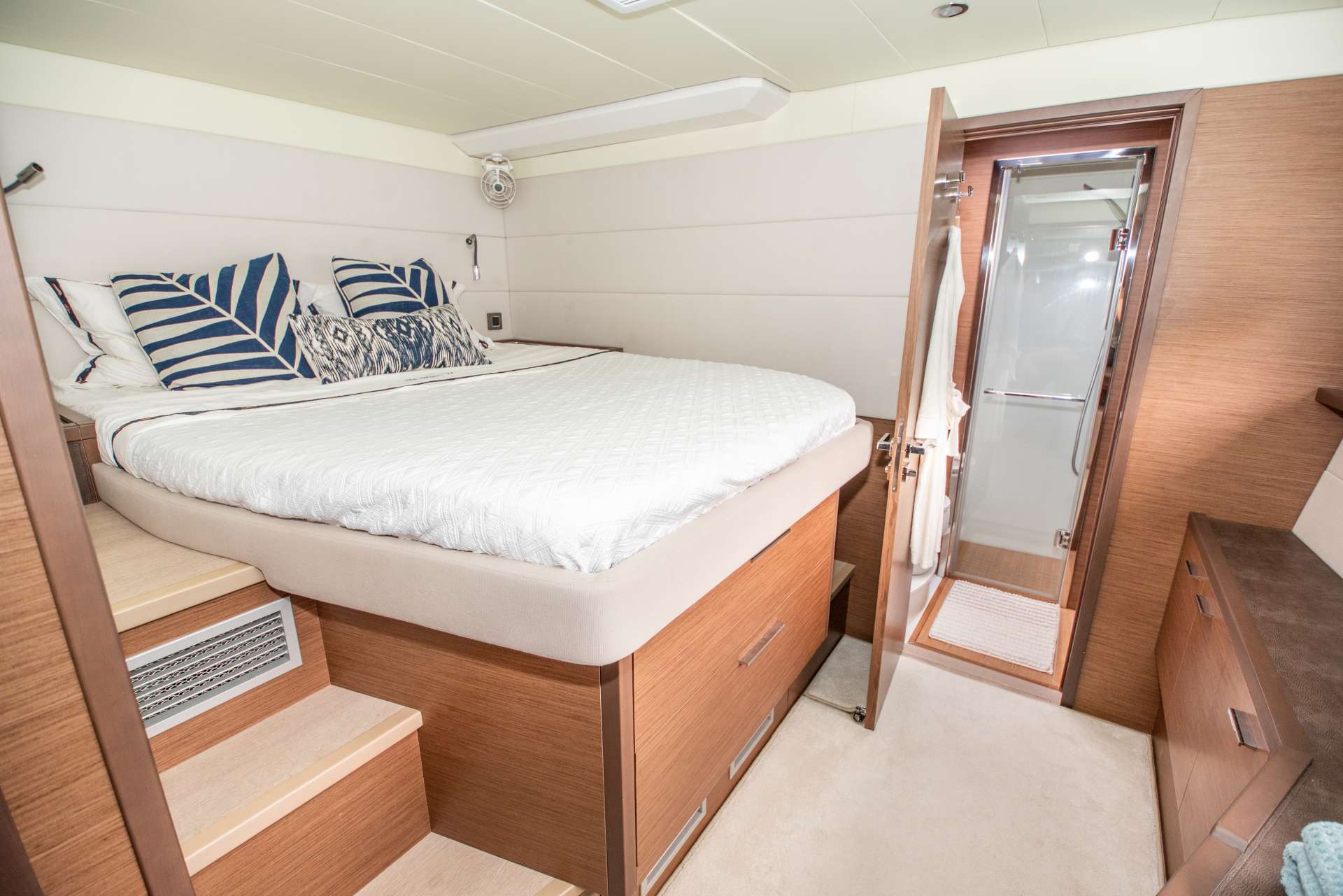 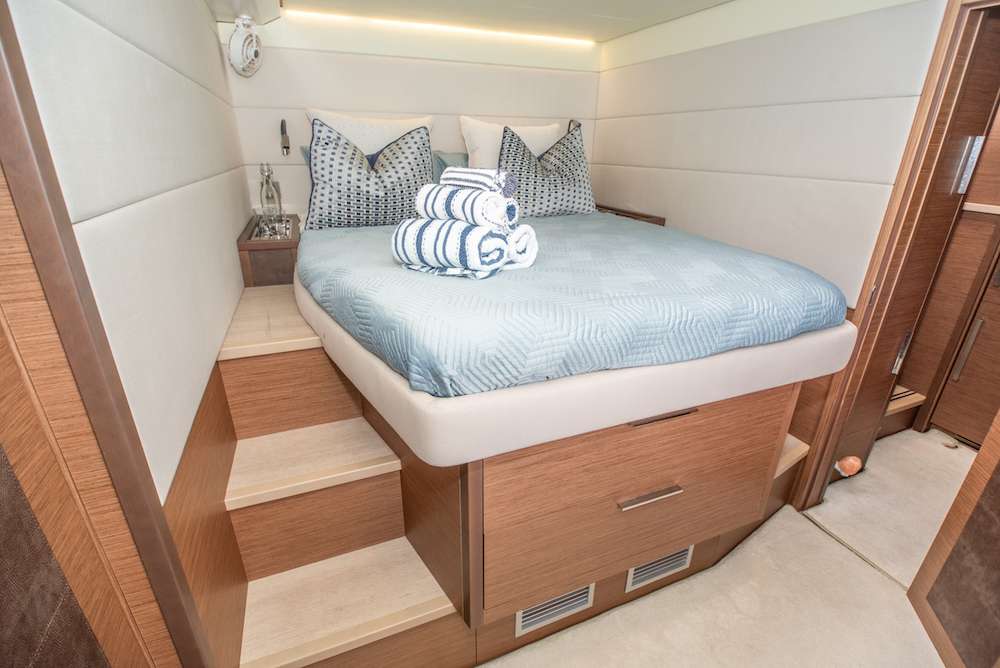 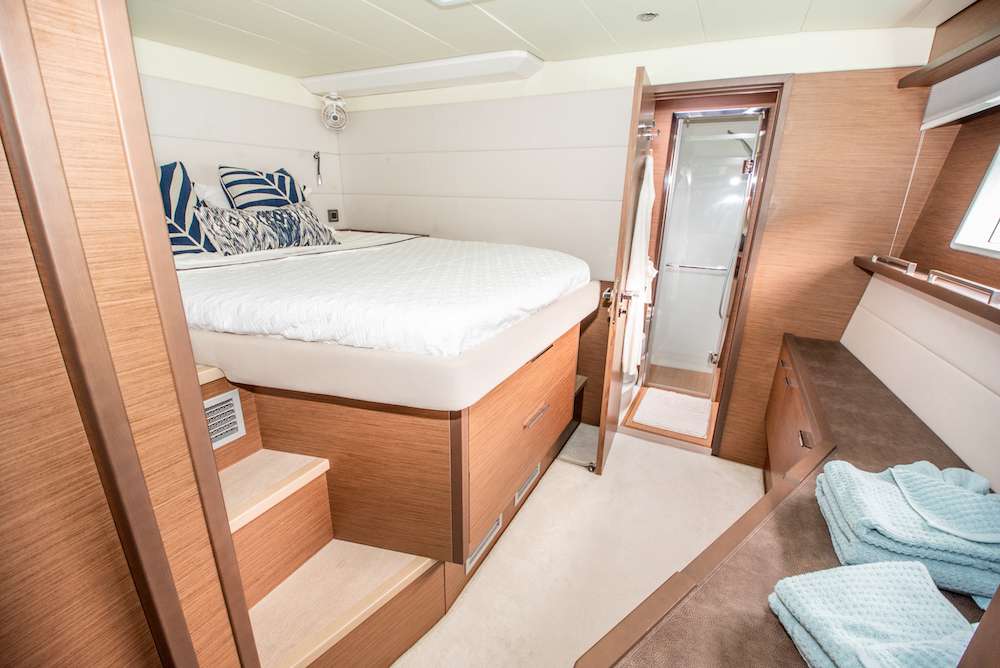 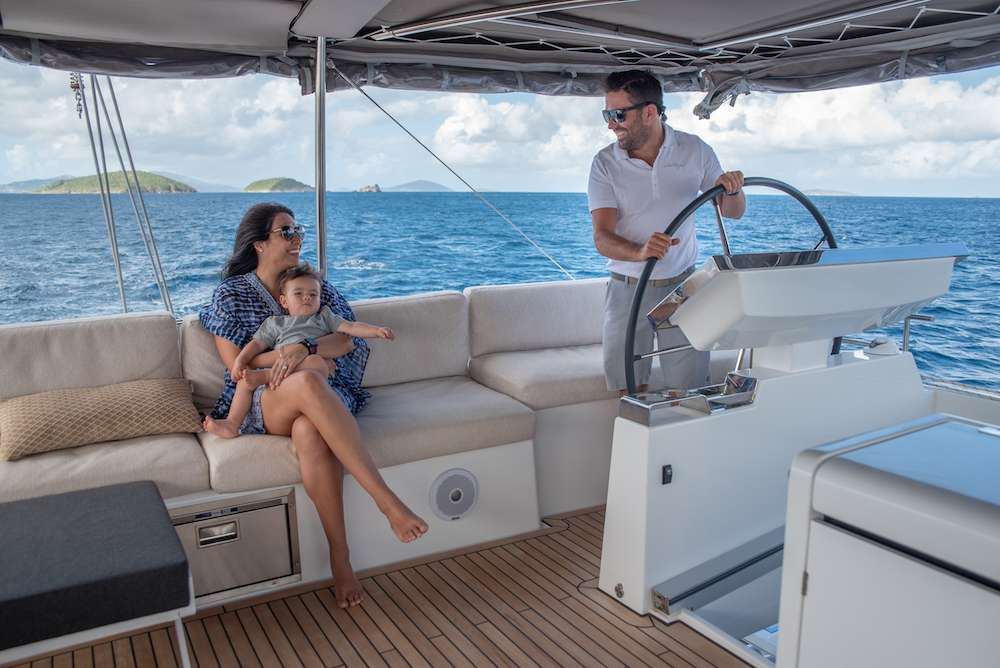 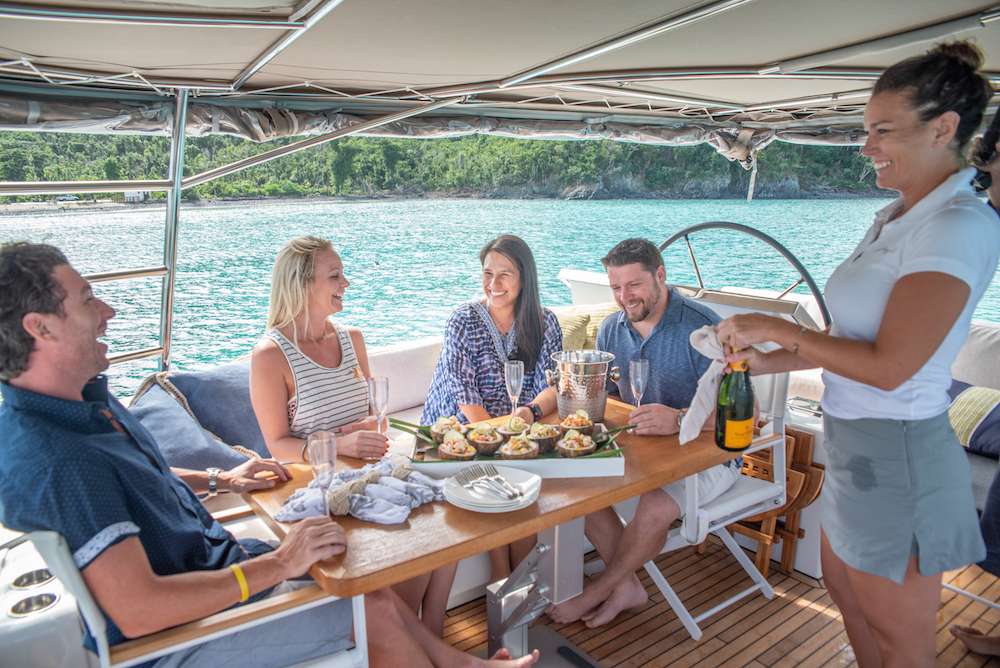 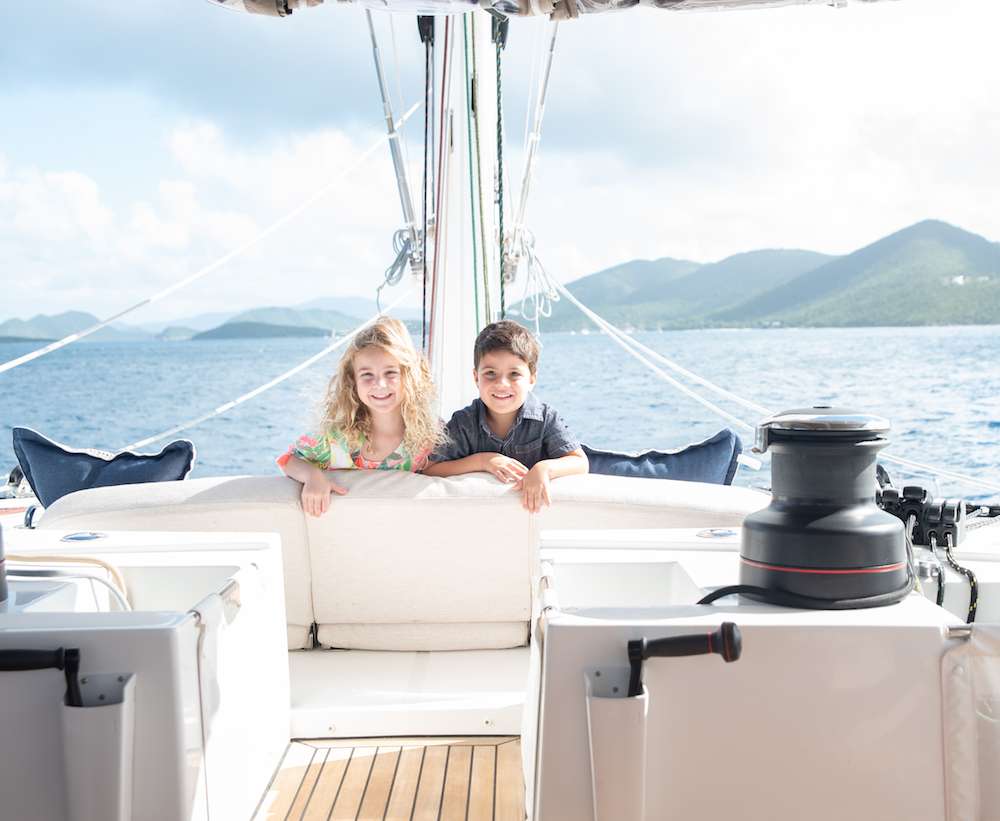 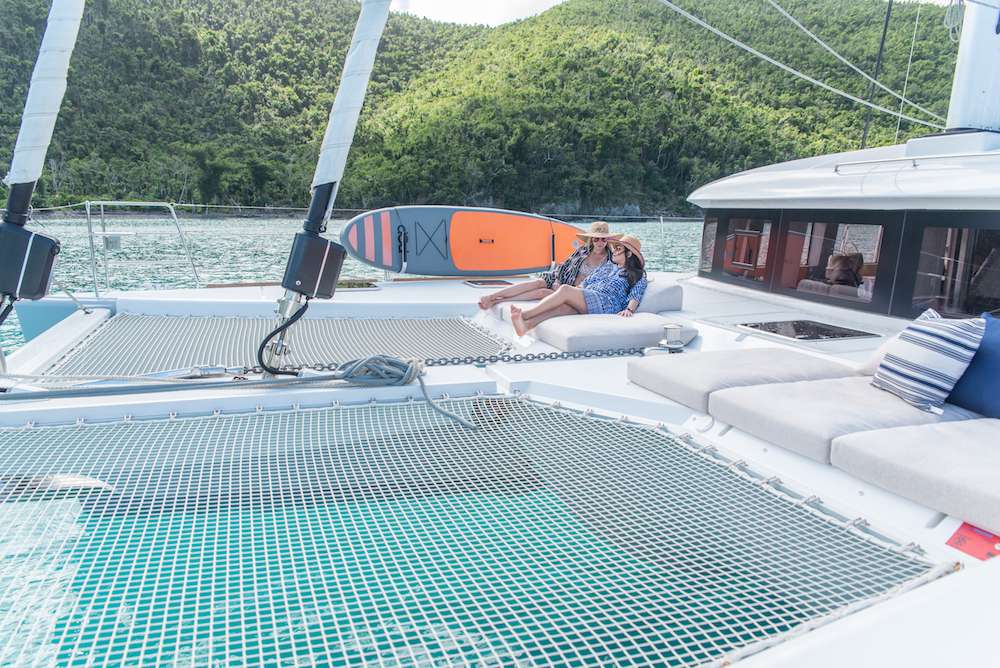 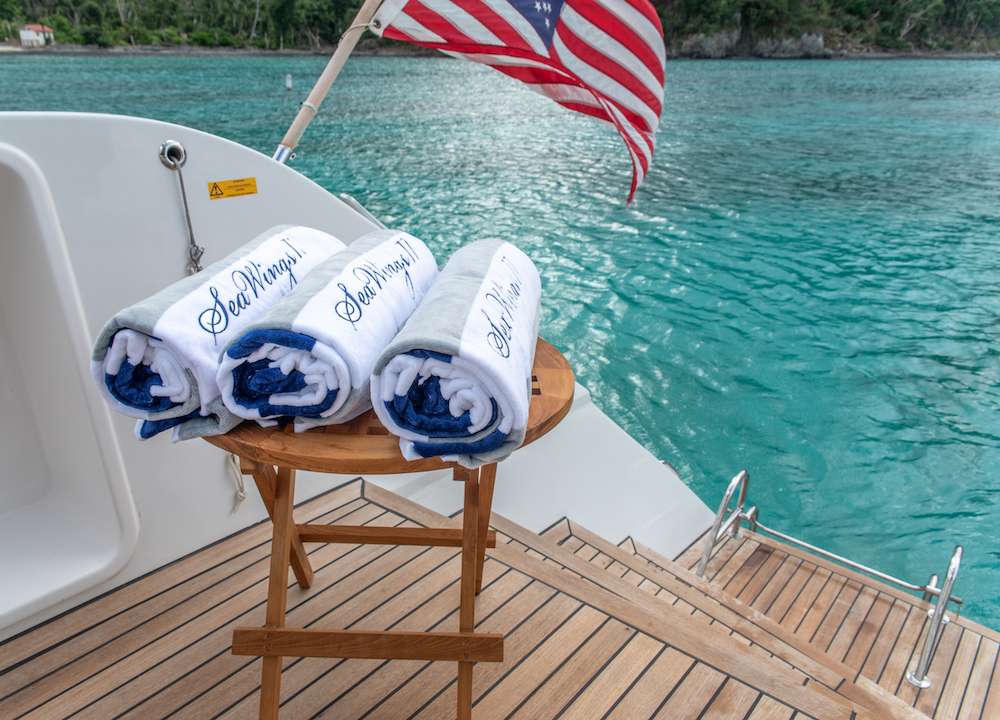 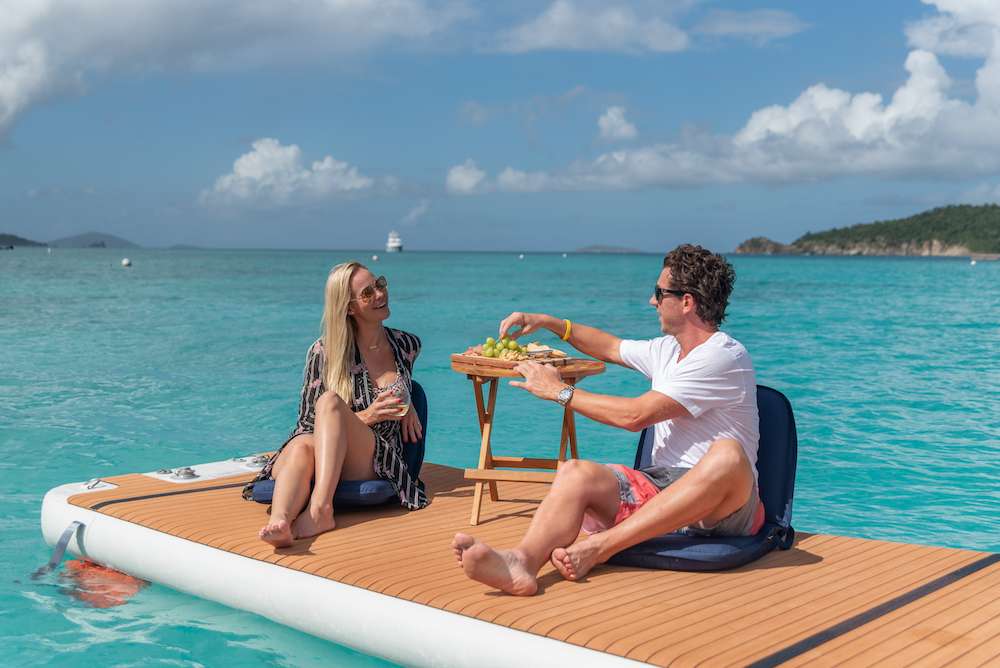 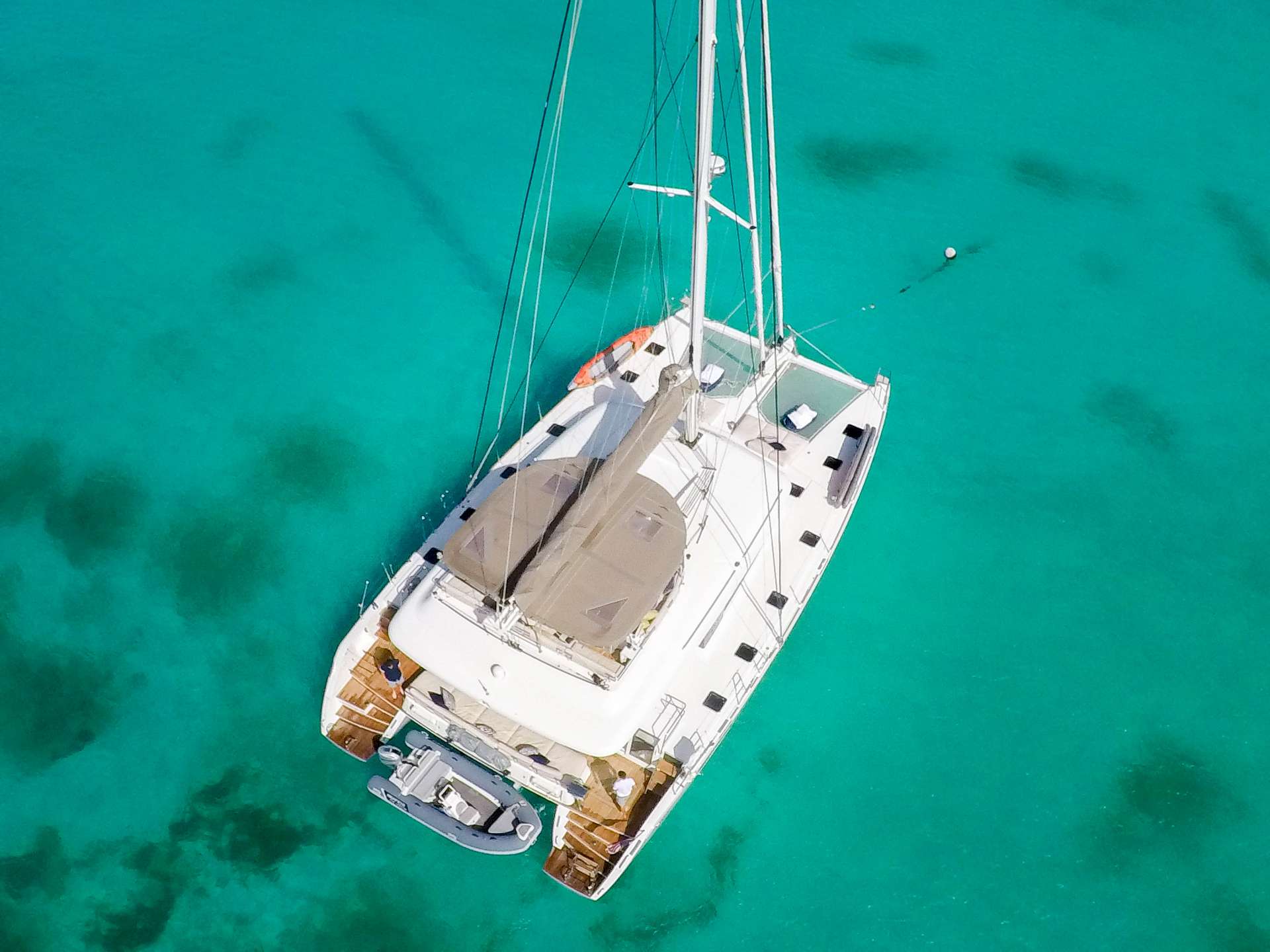 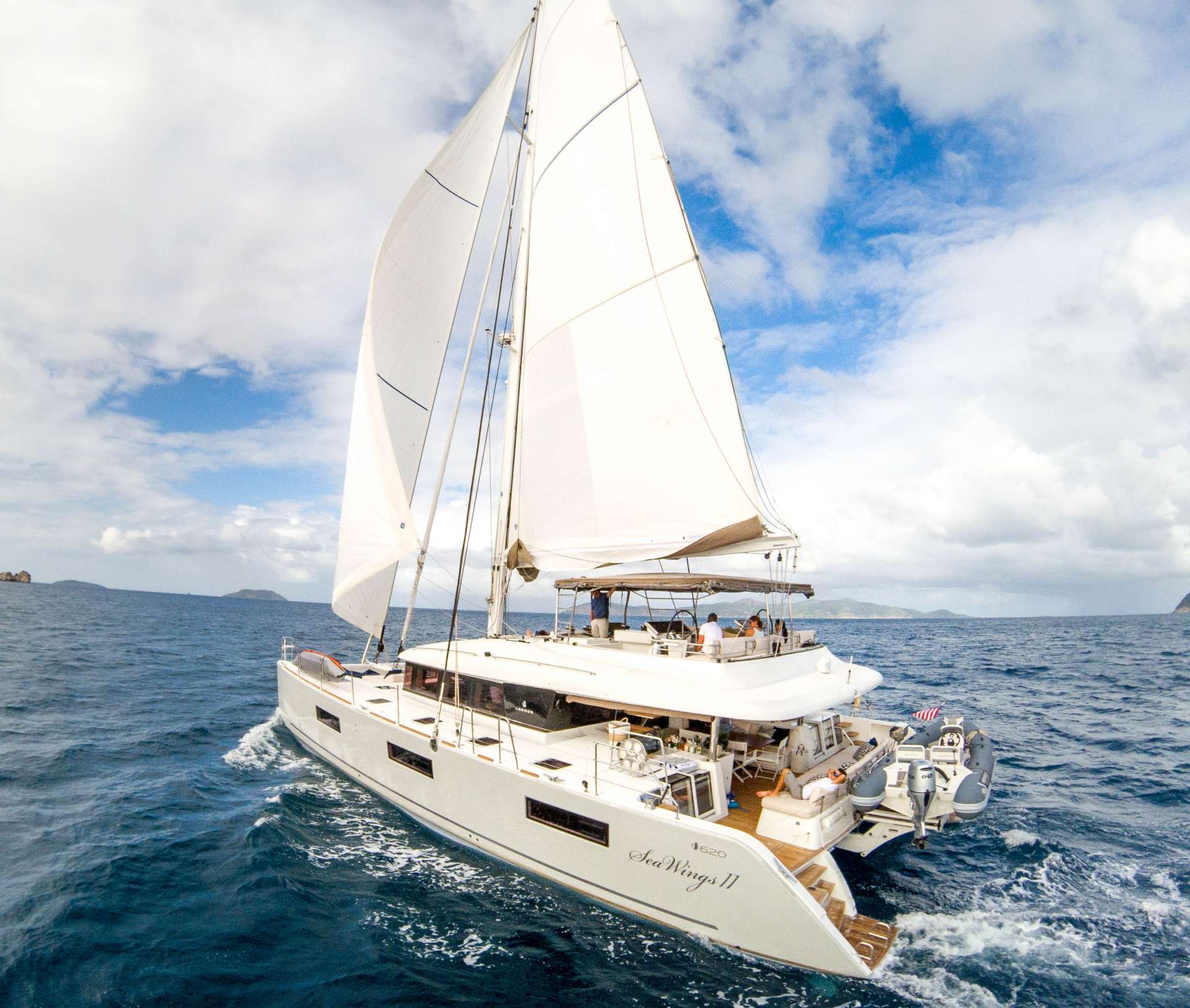 Captain Scott grew up in Huntington Beach, California. His childhood revolved around the ocean; surfing, waterskiing, diving, camping and traveling to Mexico with his family.. It's easy to see, adventure is in his blood. From a young age Scott had a vision for his life. He envisioned a life of freedom and saw the wide, open sea as his platform for that vision. After living in Costa Rica for a study abroad program, Scott attended Long Beach State, graduating with a BA in Geography. While at Long Beach State, he took a basic sailing course that changed the course of his life and sparked a passion within him.. Scott went on to pursue sailing by obtaining his Merchant Mariner's License. This launched his career as a professional boat Captain. Since then, Scott has sailed over 25K nautical miles throughout the waters of North America, Central America, Hawaii, The Mediterranean and The Caribbean.

However, Scott's real passion lies in orchestrating the perfect holiday for his guests. During his time off the water, he is the Owner/Operator of "Kia Vida", an adventure travel tour company. Scott has a knack for combing adventure with luxury. Traveling as much as he has, Scott has gained a refined palette for food and drink. If you are lucky, you may get treated to his delicious seafood paella, but definitely make sure you ask for his infamous MARGARITA!

It is guaranteed that you will feel safe, secure and treated like royalty while aboard any charter that Scott is Captaining. He has mastered the art of effortless service and leads his crew with positive motivation and inspiration. Captain Scott takes special pride in imparting his knowledge and love of the sea with his guests. He hopes to meet you soon.

Hailing from sailing-centric Annapolis, Maryland, Christian's origins are in the maritime community. It was here that she fell in love with the beach, tall ships and the ocean. Making her way down the coast, she studied psychology at UNCW and following graduating in 2006, it was a cheap one-way ticket and the dream of being an "island girl" that brought her to St. John, Virgin Islands. It was in the Virgin Islands that Christian fell in love with and learned to respect the beauty of sailing. Her passion for hospitality, food, health and wellness is what eventually brought her to study holistic culinary nutrition at Bauman College in Berkeley, California. Once becoming a certified natural chef Christian worked with private clients, top restaurants in Virgin Islands, and crewed on Luxury catamarans/motor yachts. Her excellent team work and positive attitude has rewarded her the opportunity to work along side a number of talented chefs and charter crews. There is no stopping Christian from continuing her education in the culinary/charter world.

Jesse's upbringing in the temperate climate of Southern California provided him with lots of time outdoors, where he spent the days of his youth surfing, camping and exploring his passion for working on cars and airplanes. After years of working in the construction eld, Jesse picked up and moved to the Virgin Islands in 2016, seeking new adventures and to pursue his ambitions to someday work as a yacht captain. Jesse's learned technical expertise helped him to quickly become the maintenance manager for a feet of 12 sailing and power charter yachts based in the VI. An added perk of this job was the invaluable opportunity for Jesse to join on several deliveries and long passages at sea, completing over 3000nm in the past year alone. Jesse's experience, fun personality and intimate knowledge of vessel systems makes him a valuable asset to any charter yacht crew.

Jesse's mechanical skills and Christian's culinary hospitality make for a charter power team. They met and quickly became friends when first introduced on a fight to Fort Lauderdale. Both were assigned to help deliver a brand new Lagoon 52 safely to the Virgin Islands. After two weeks of sharing their similar love for the ocean, traveling, & future goals, the couple became inseparable. Together they have racked up a number of nautical miles on deliveries from Annapolis,MD and down the Caribbean chain, while checking off adventures from their lengthy bucket list. The equal passion for water, fun, hard work, positive energy and eagerness to learn makes them an excellent addition to any crew team. 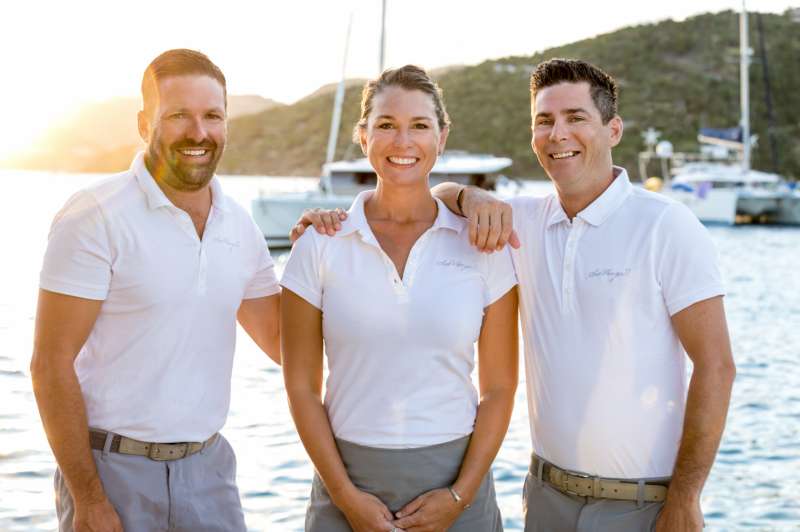 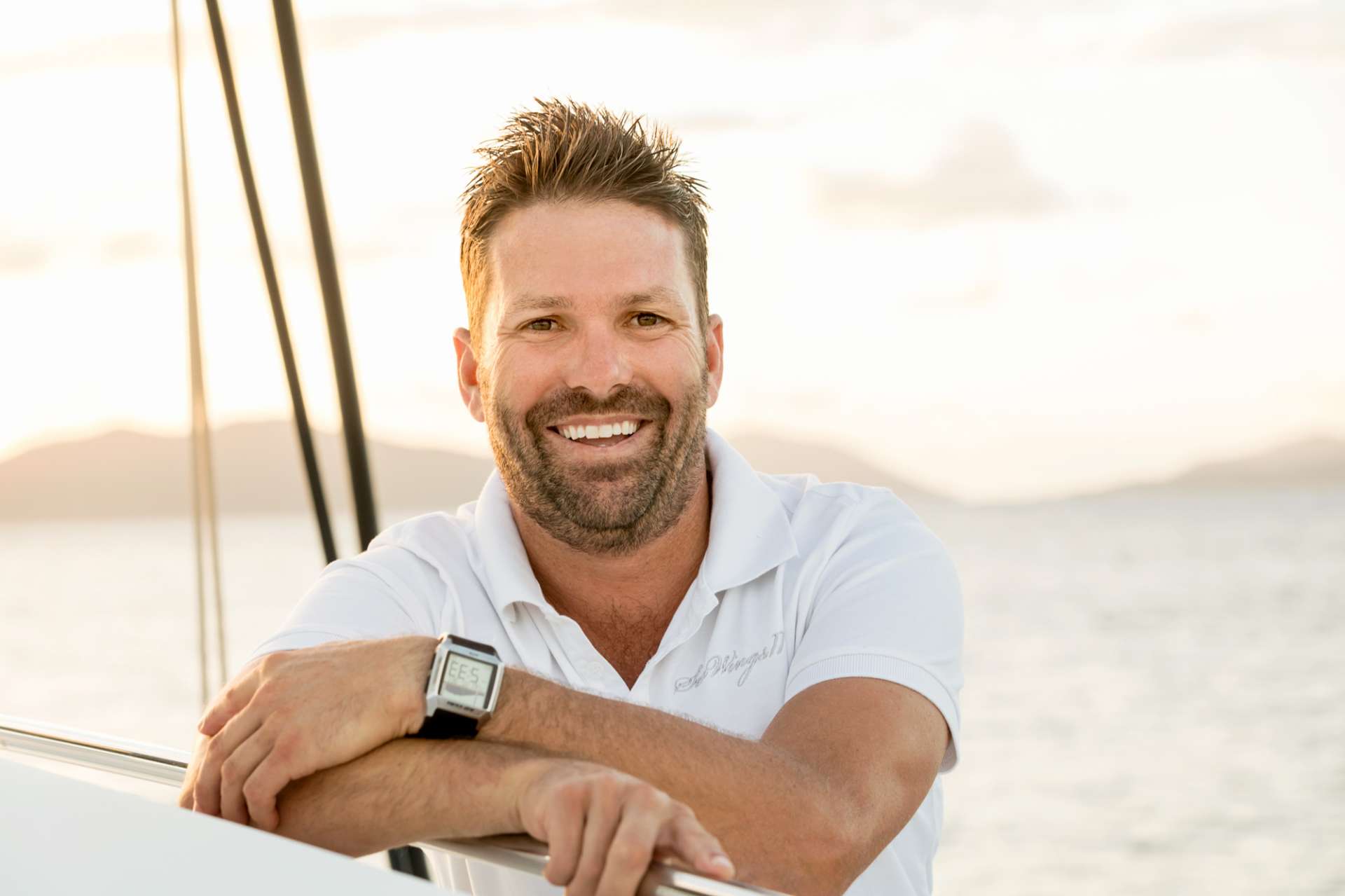 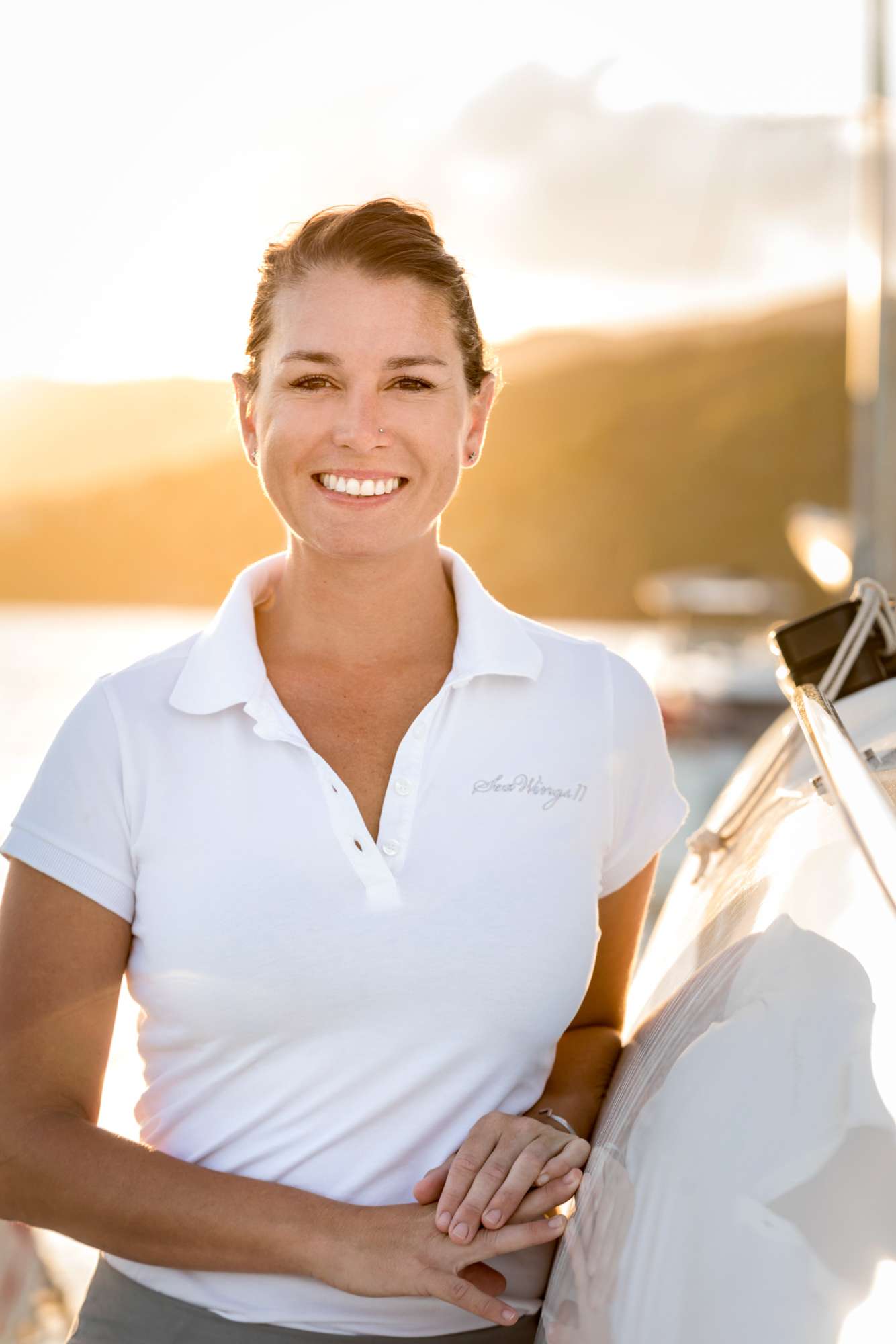 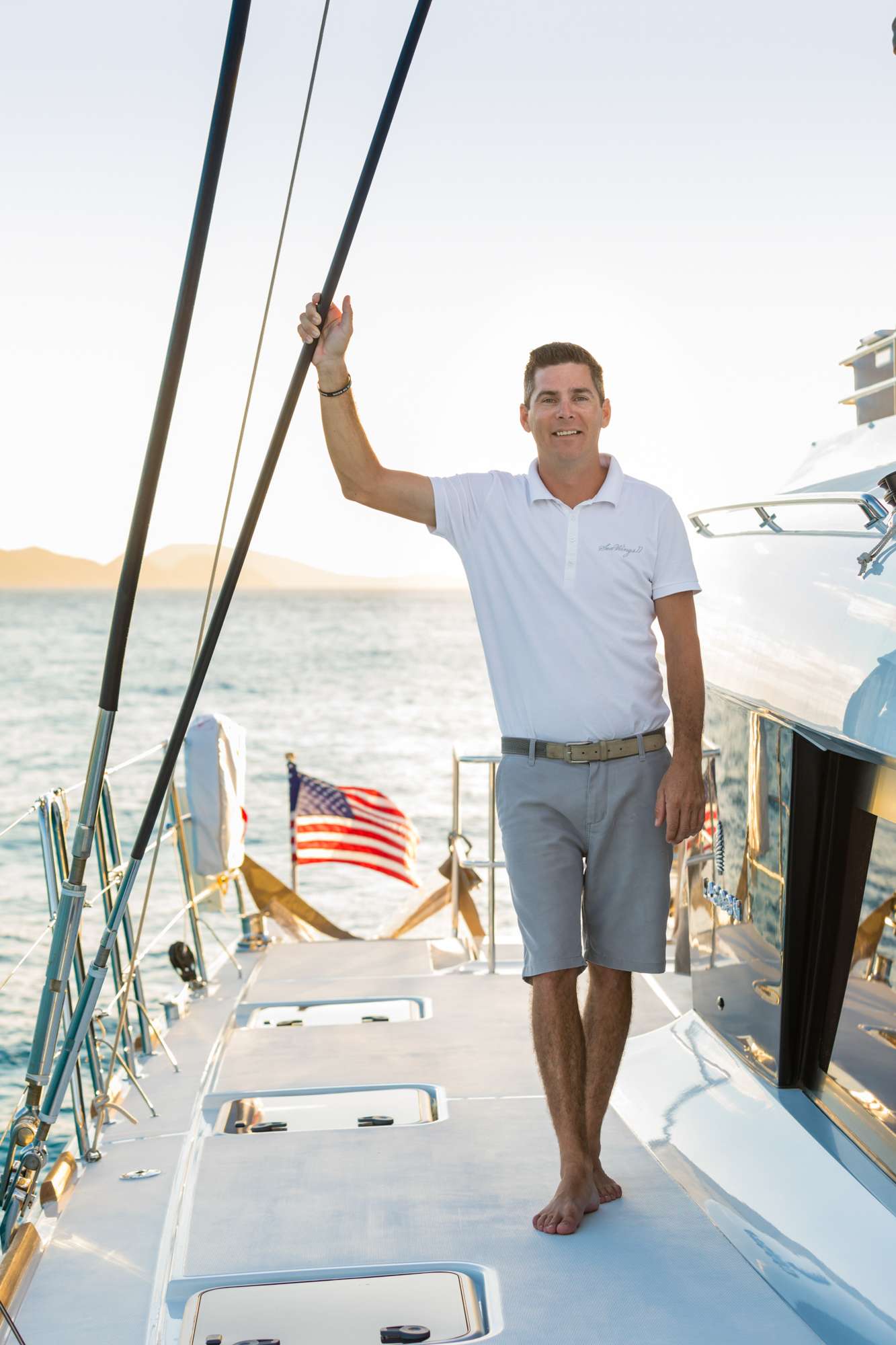 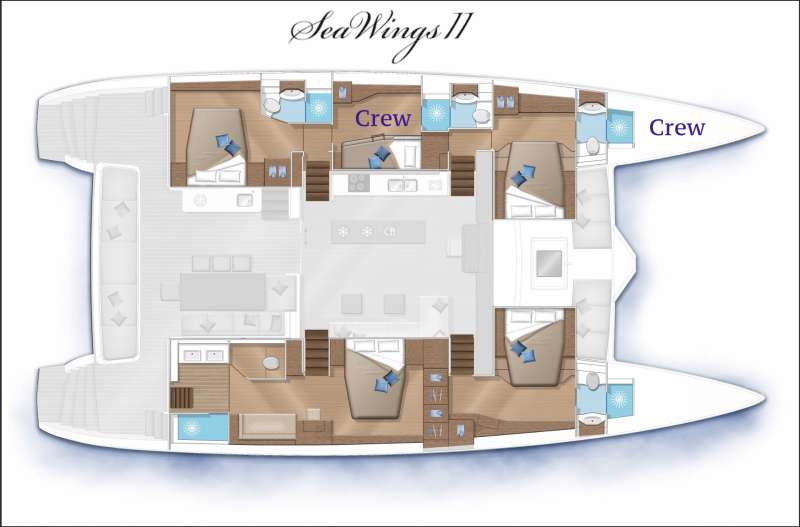 Joined with the Captain Cocktails of the Day 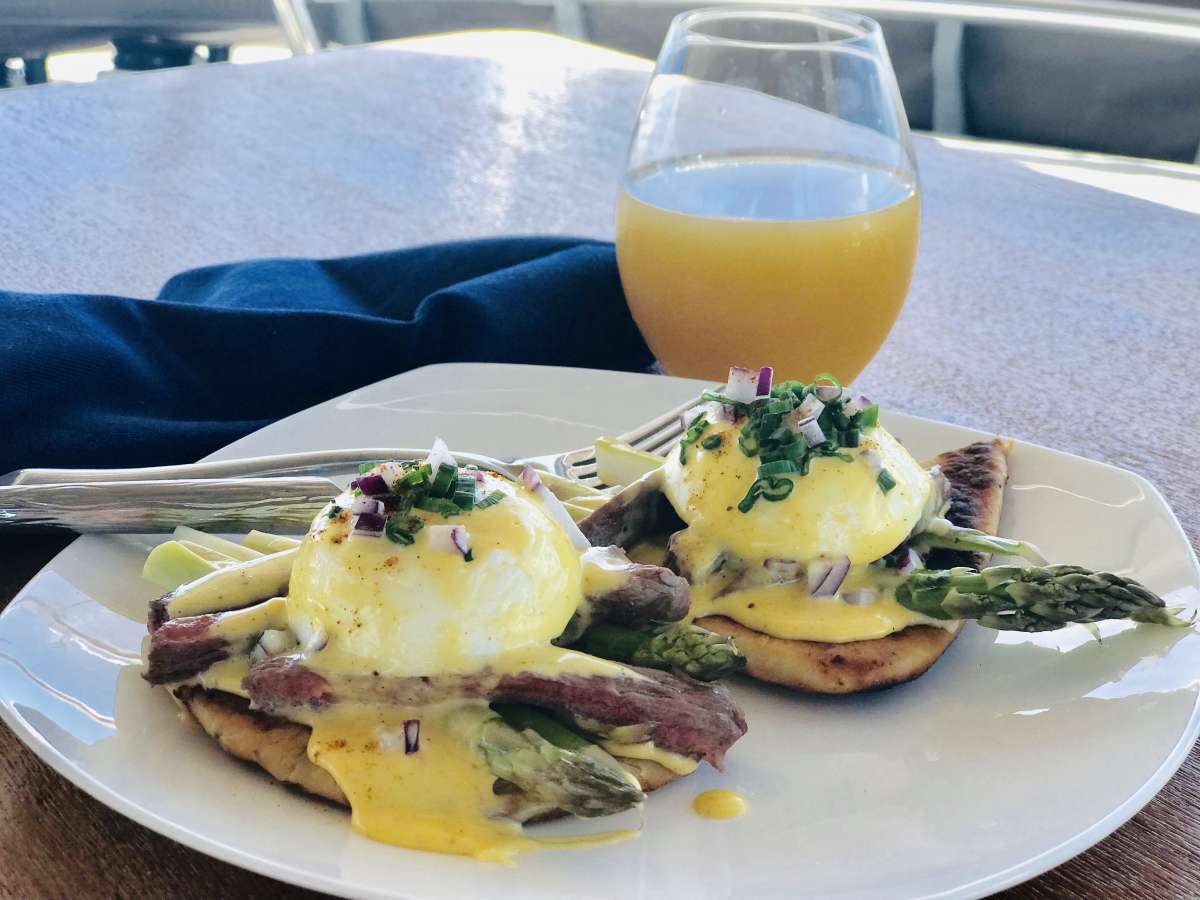 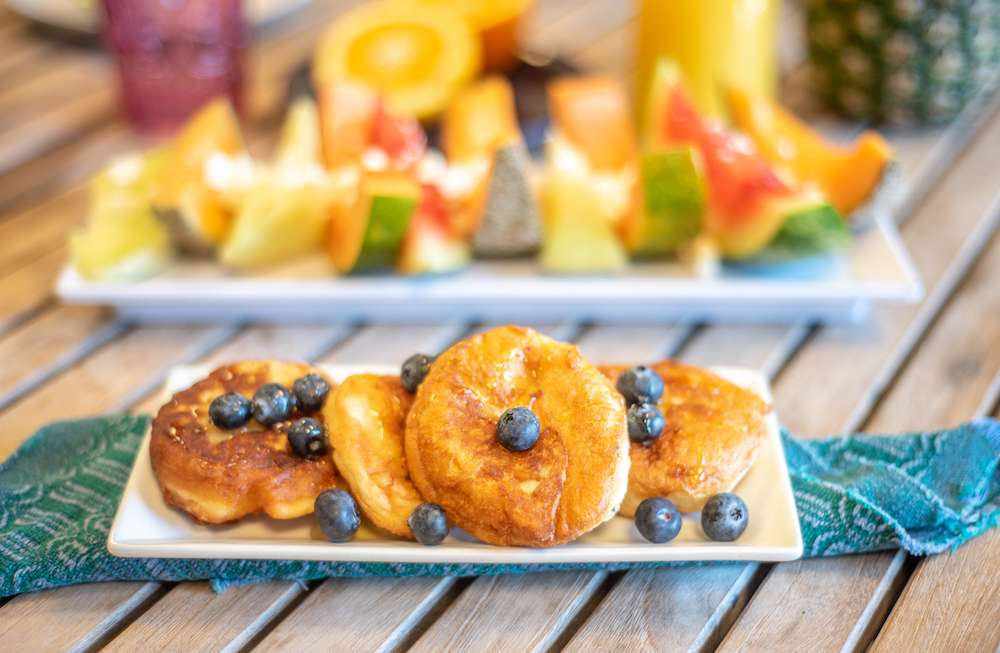 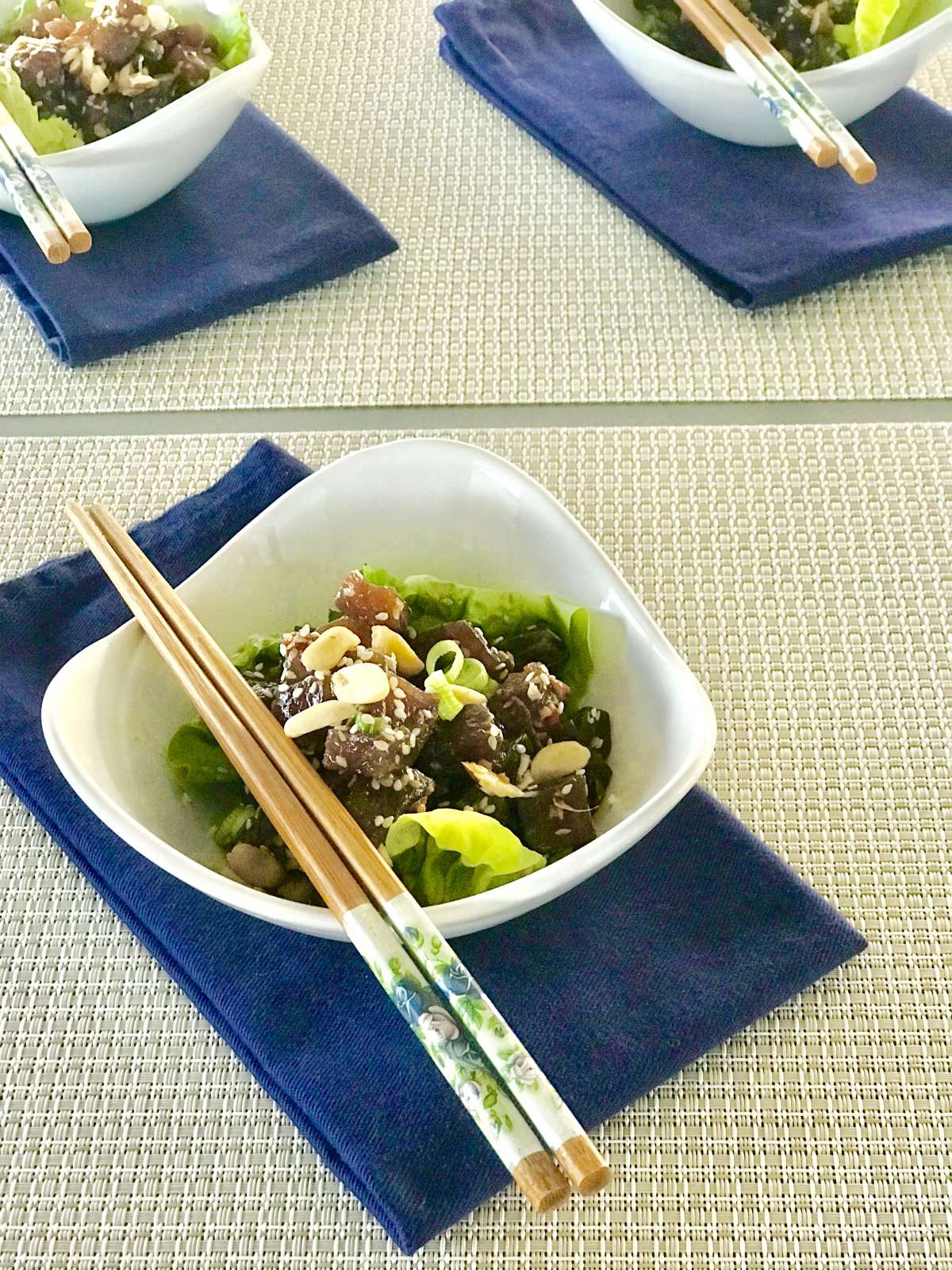 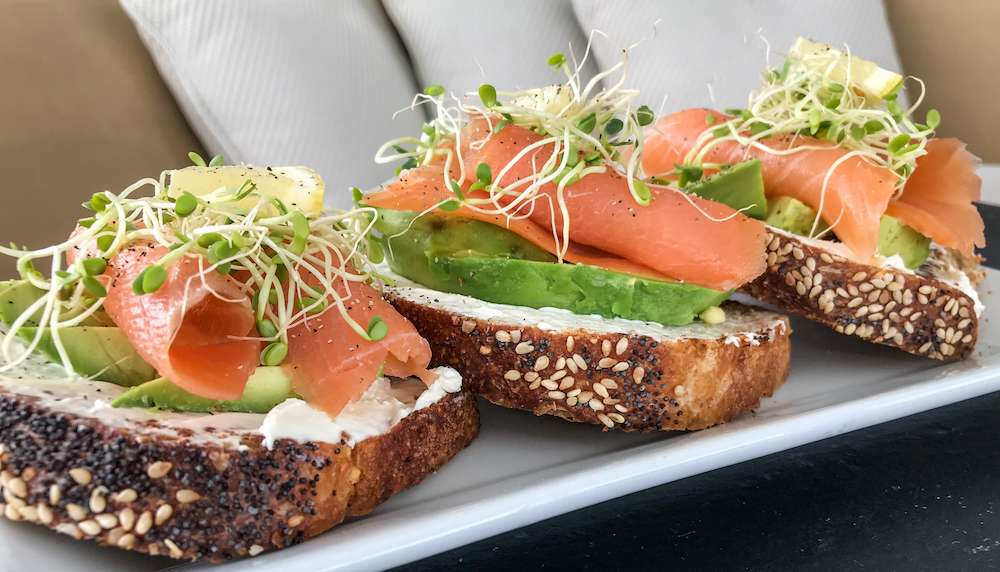 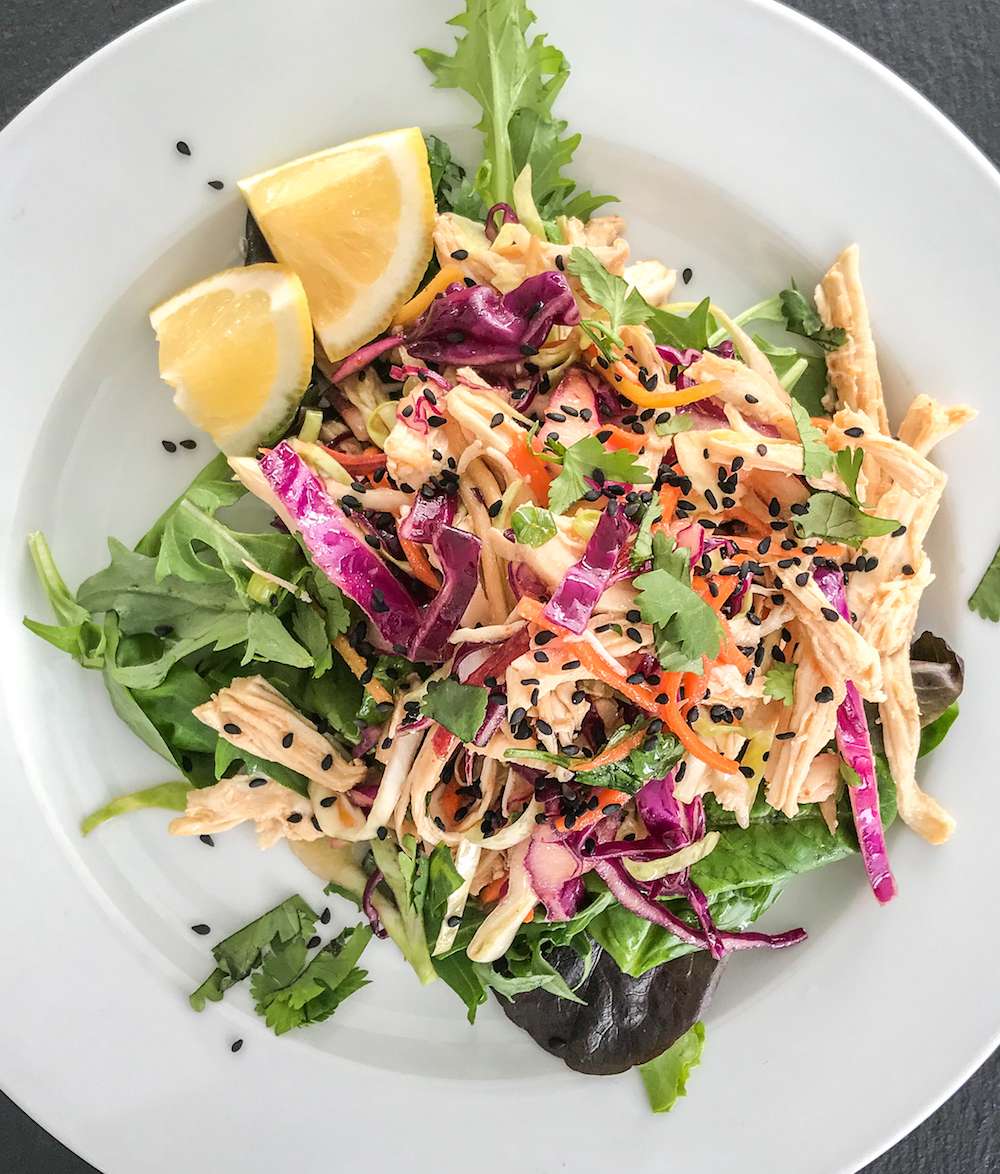 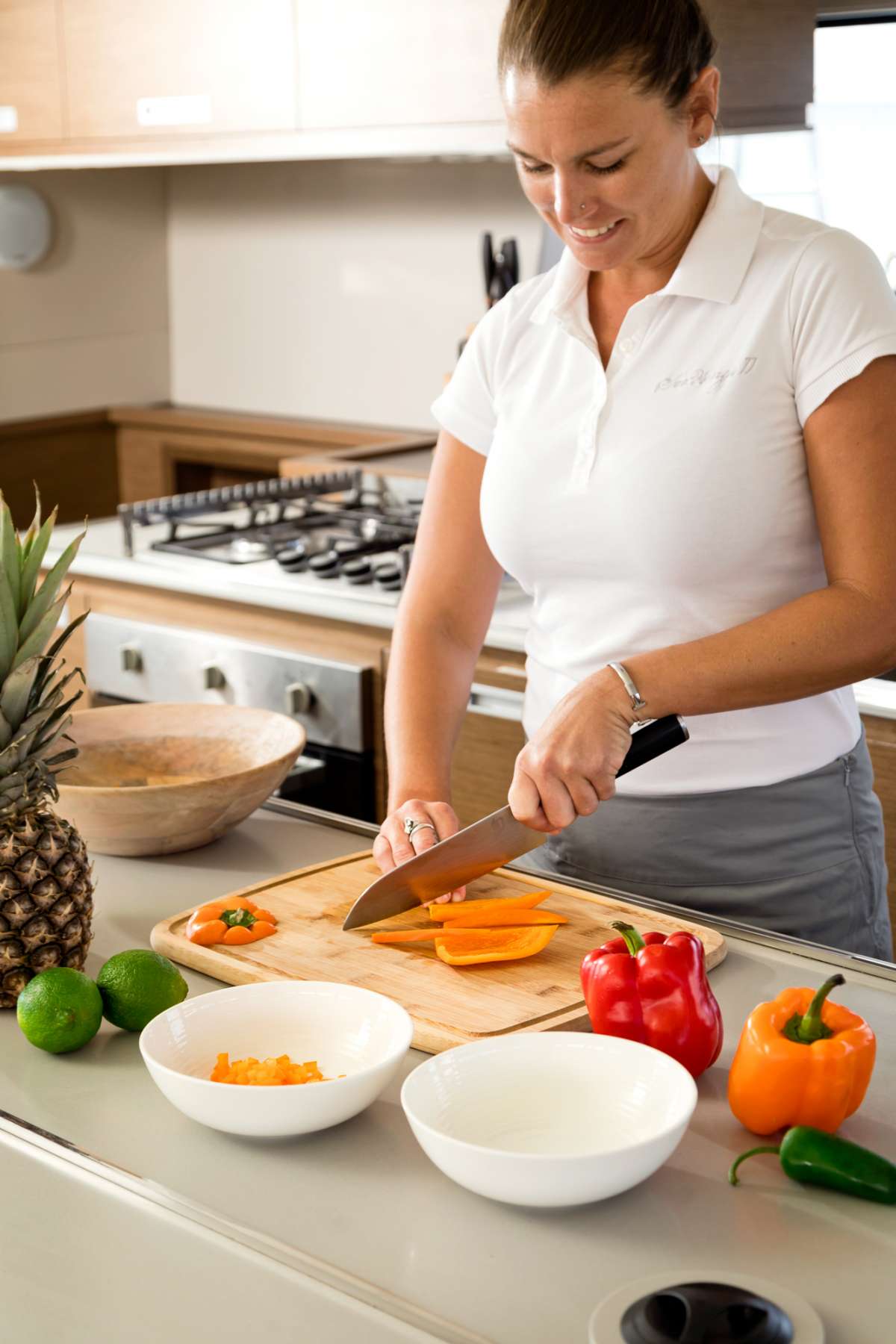