Click Here to Exit
Captain: Garry Hartshorne
Garry grew up on his parents cruising yacht sailing the East Coast of Australia, Papua New Guinea and the Solomon Islands. At the age of 18 the family embarked on a two and a half year circumnavigation of the world. On returning to Australia he joined the Royal Australian Navy and became a diver. On leaving the service, Garry started working in the charter fleet on the Great Barrier Reef initially as a Dive Master and eventually Captain. In 1990 he heard the calling of Super Yachts and has been wandering the world ever since. Garry has a passion for the ocean and traveling.

First Officer: JASON WILLIAMS
Jason grew up in the beautiful Islands of Fiji. His passion for the ocean kicked off at an early age Jason began his maritime career after leaving high school in New Zealand, he returned to Fiji and obtained a commercial Deck and Engineer rating at the Fiji School of Maritime Studies. His passion for fishing landed him a job on a sport-fishing boat in Fiji hunting pelagic monsters. In 2011 he began work on a large expedition yacht onto a now expansive yachting career. His passions are Fishing, Spearfishing, Aviation and he enjoys a light round of Golf in his spare time. Jason holds a 200 Ton Master of Yachts, PADI Dive Master, Fii Level 1 Free-diver. and Emergency First Responder Certificate.

Chief Stew: HYACINTH T. ARCEO
From the beautiful islands of Cebu Philippines, She had always dreamt of traveling the world. After graduating college with a Bachelors of Science in Commerce. She worked as a Financial Educator with the World Finance Group in the Philippines. Eight years ago she was offered a stewardess position and has been traveling the world ever since. She loves working with people and providing exceptional service. Her hobbies include going to the gym, running and walking outdoors. She also loves cooking and singing.

Stew: ANGHELA CAZORLA
Angie born in Peru and raised in Argentina with an Italian father and Chinese mother, which has exposed her to traveling and learning from multiple cultures, it’s a lifestyle that she passionately wants to continue. Yachting seems like a good fit for her.

Deck: JAZPER PETRELLUZI
Jazper was born and raised on the island of Sint Maarten. He loves all the types of water sports, He is currently working towards gaining his yachtmasters.

Stew: LOUISE OREBRATT
Louise grew up in Stockholm and studied Hospitality and Restaurant Management at Osteraker Collage in Sweden she then went on to obtain an associate degree in Environmental Studies at Santa Monica Collage. She has a passion for travel and exploring different cultures.

Deck: GERADO AMADOR
From Barra Navidad on the Pacific coast of Mexico, naturally was drawn to the ocean Gerado an ex pro surfer and keen fisherman holds a 200 Ton Master of Yachts has been working on yachts since 2014.

Fishing Mate: CARLOS LUIS MATOS
“PAIBA” grew up in Isla Margarita off the coast of Venezuela. His passion for sport fishing began in 1997 and is the current record holder of the largest number of Blue Marlin ( 16 ) caught in one day in the Dominican Republic. Carlos holds a degree in business administration and is also an accomplished Basket ball player having played professionally for the Venezuelan national team for 4 years.

Chef: Johann Roebert
Charter guests aboard REVIVE should plan for irresistible cuisine. Pack the linen pants with the elastic waistband…you’re about to embark on a gourmet yacht charter. Chef Johann grew up in Durbanville, South Africa, surrounded by vineyards. His father frequently enjoyed taking his two sons to dine at “fancy restaurants”. Johann’s sophisticated palate and passion for cooking developed early on. He knew he wanted to be a chef, and as soon as he completed high school he enrolled at the ICA (Institute of Culinary Arts) in Stellenbosch.

Johann owned a very successful, upscale restaurant in St. Maarten for 11 years, unfortunately it was destroyed by hurricane Irma. He has catered to villas, private jets, and also worked as a yacht chef on several different yachts. His versatility and innovative talents are well known in the industry. Recently he has started making favorite South African recipes. Charter guests might sample Biltong, a jerky-style snack, or Boerewors, a special sausage. Barbecue is another South African tradition. Johann says, “I love cooking in nature over open flames or “Braai”, as we say. Cooking on a campfire is one of the most enjoyable things to do. I have a special spot in my heart for traditional South African cuisine (Cape Malay), but my favorite cooking style is French cuisine. Japanese cuisine is also a favorite with my guests.”

“I have always been drawn to the kitchen”, says Johann, “If I have to choose one reason that I’m so into cooking, it’s because everyone loves good food! I immensely enjoy the happiness I bring with this skill. Secondly, cooking has taught me so much about different ways of life, and about cultures and histories through traditional recipes. I grew up around yachts, so a career in the yachting industry is a perfect fit. I get to cook at my highest level for the pleasure of wonderful guests from all over the world.” 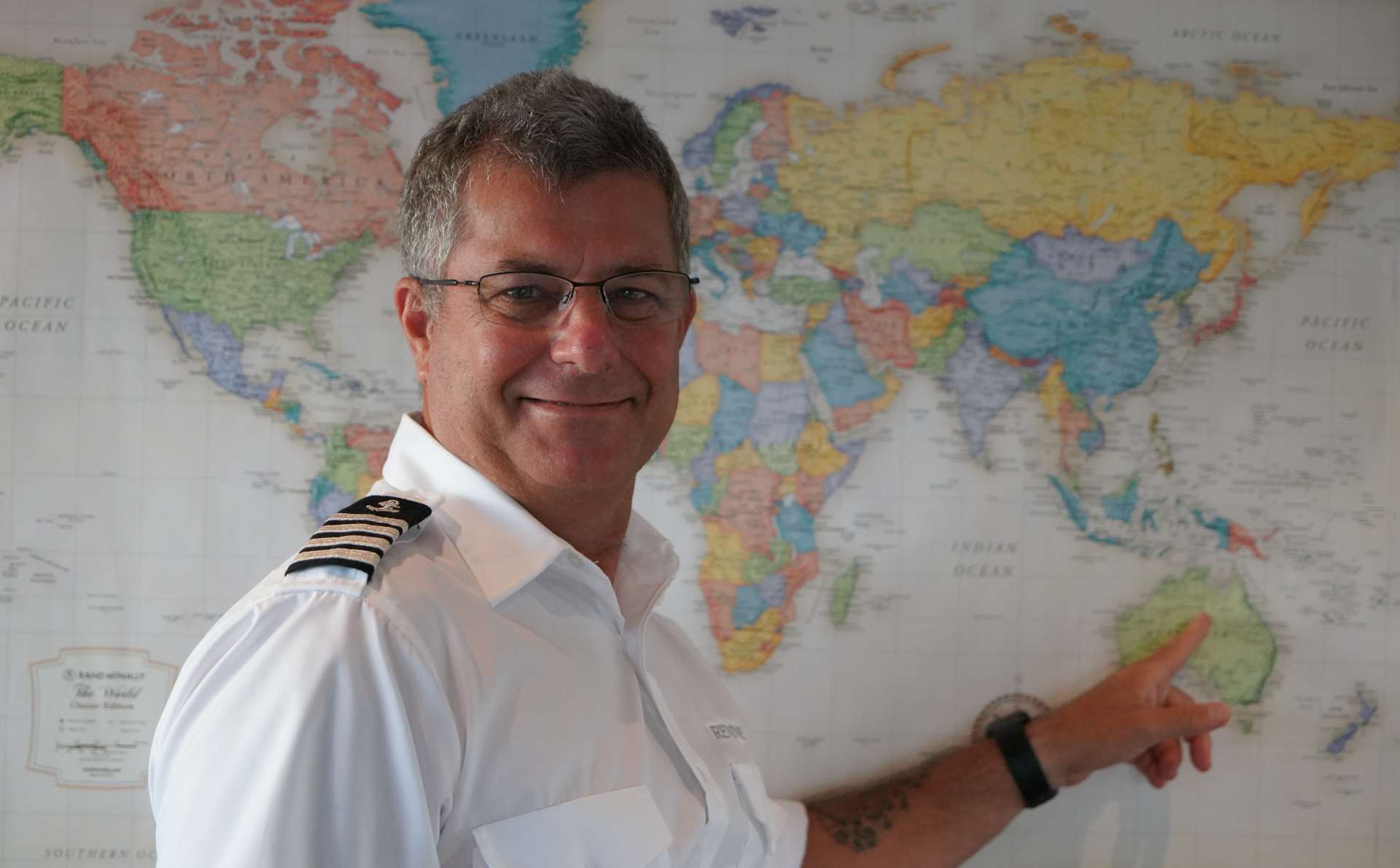 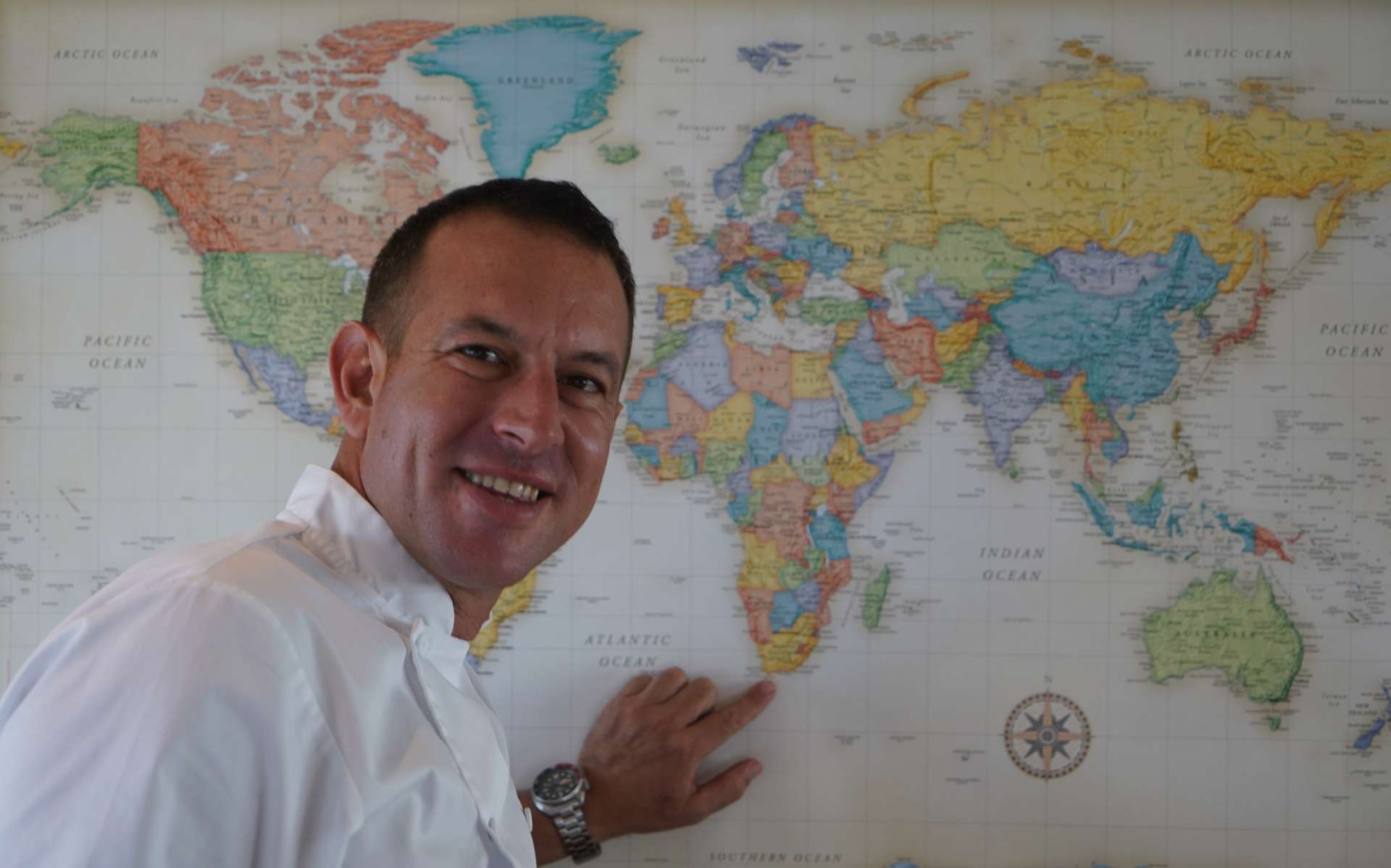 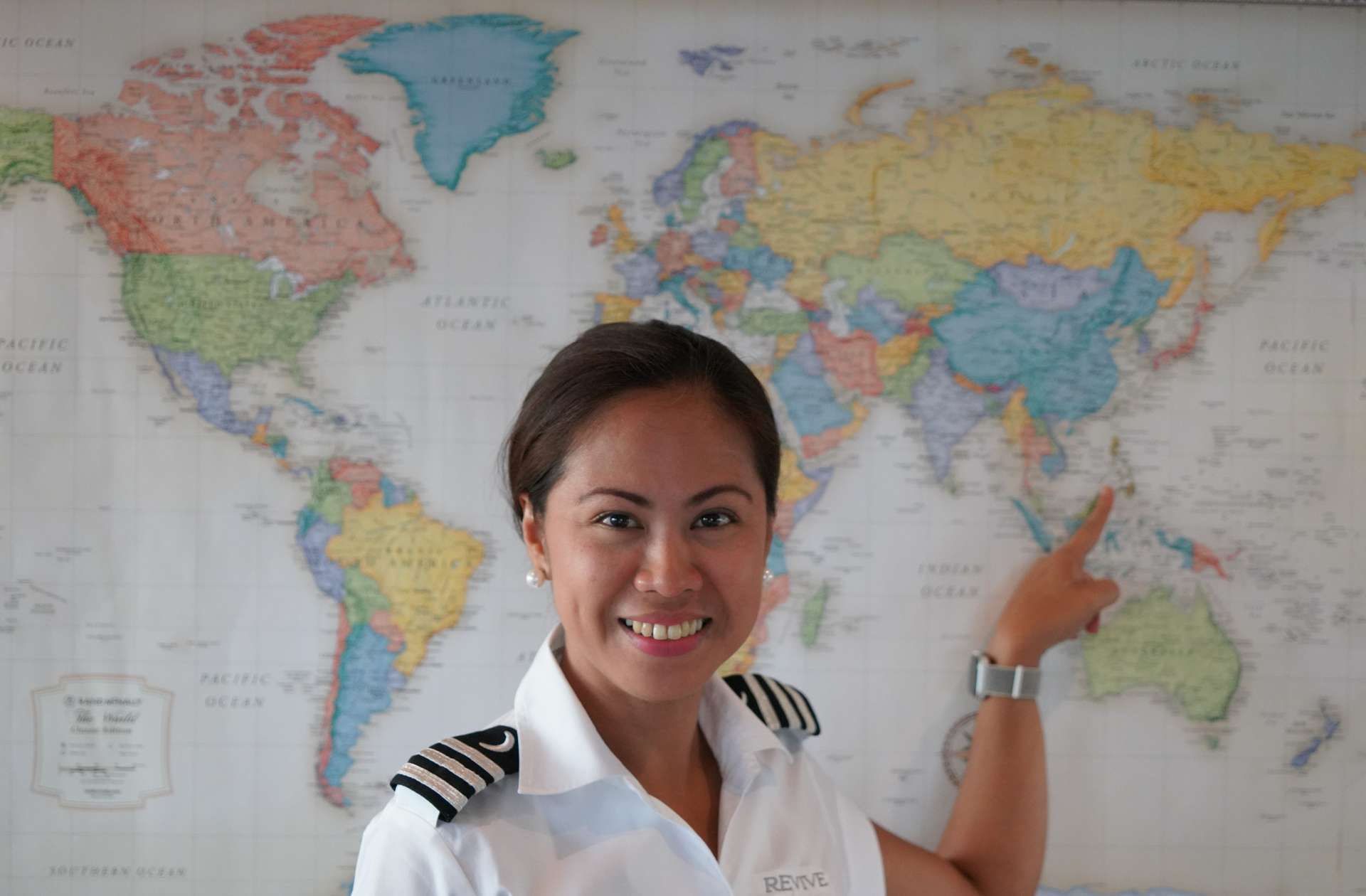 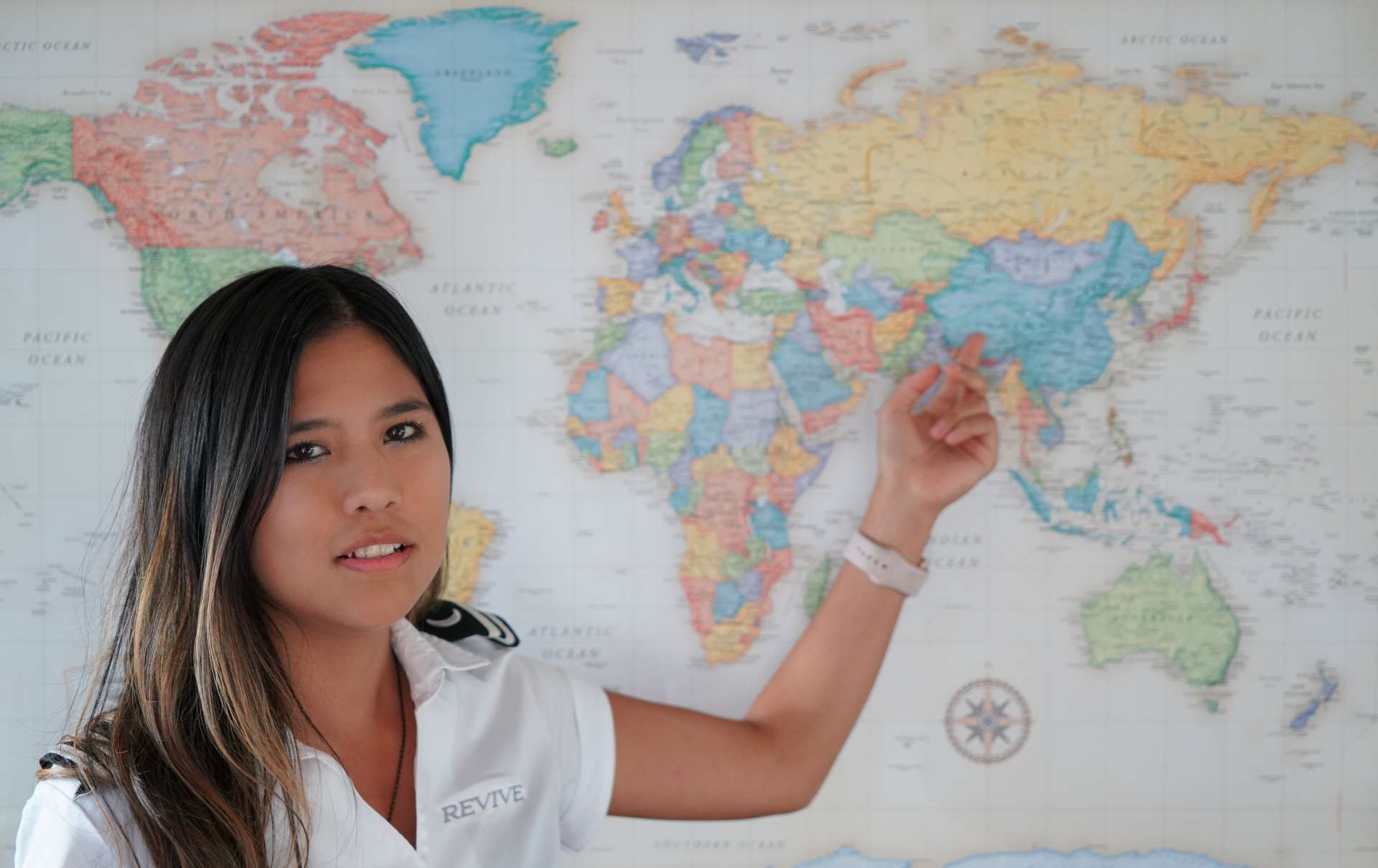 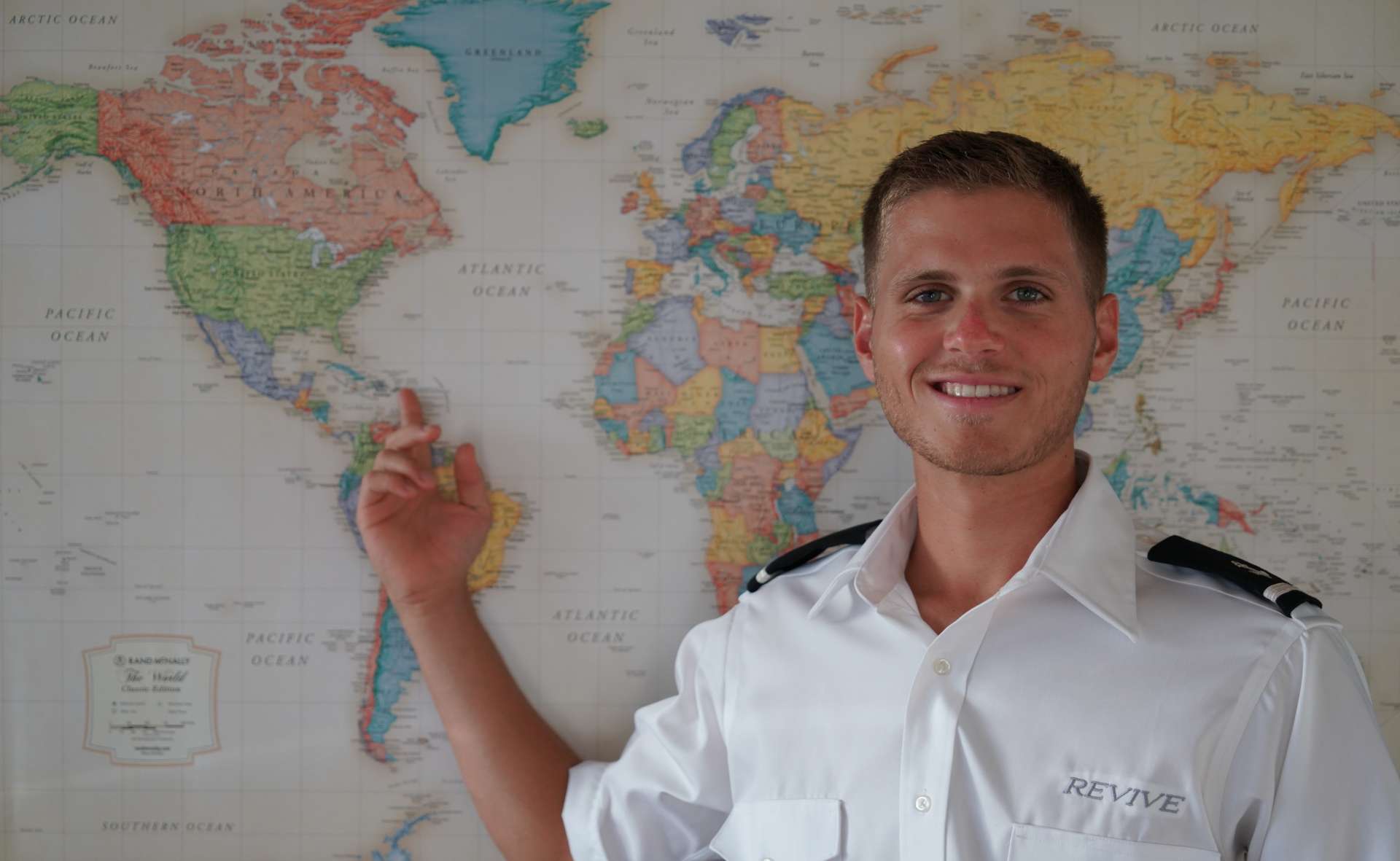 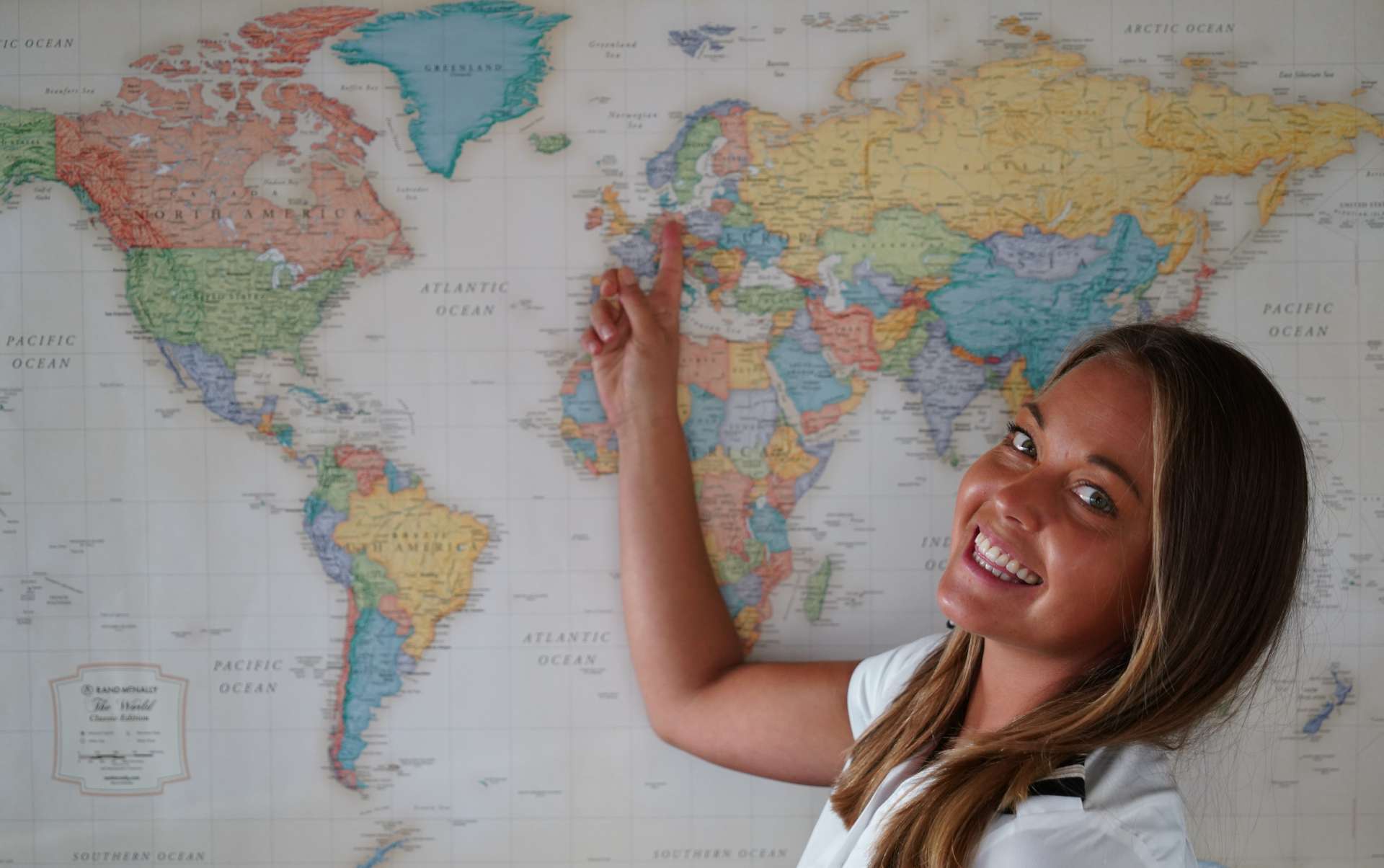 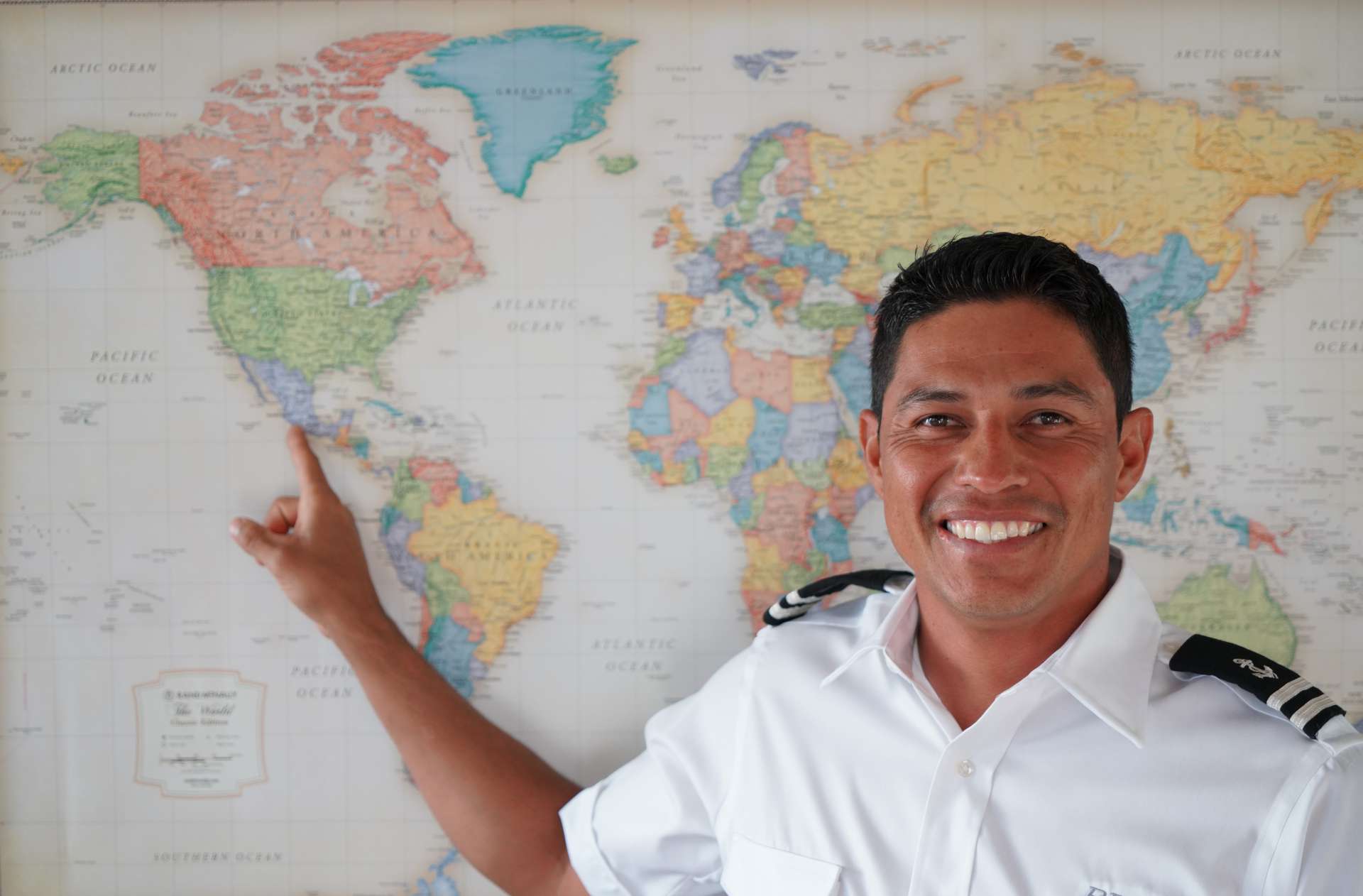 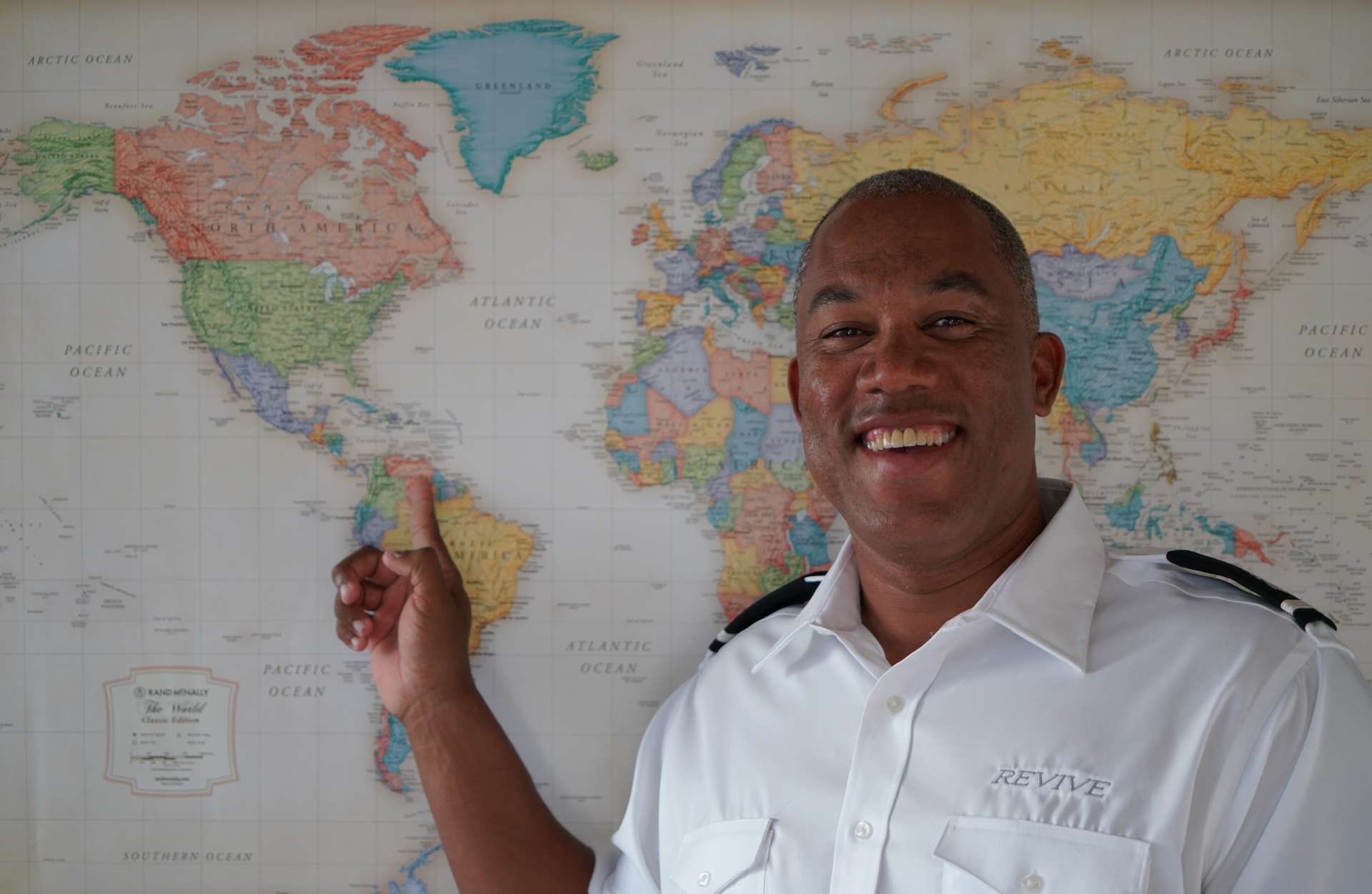 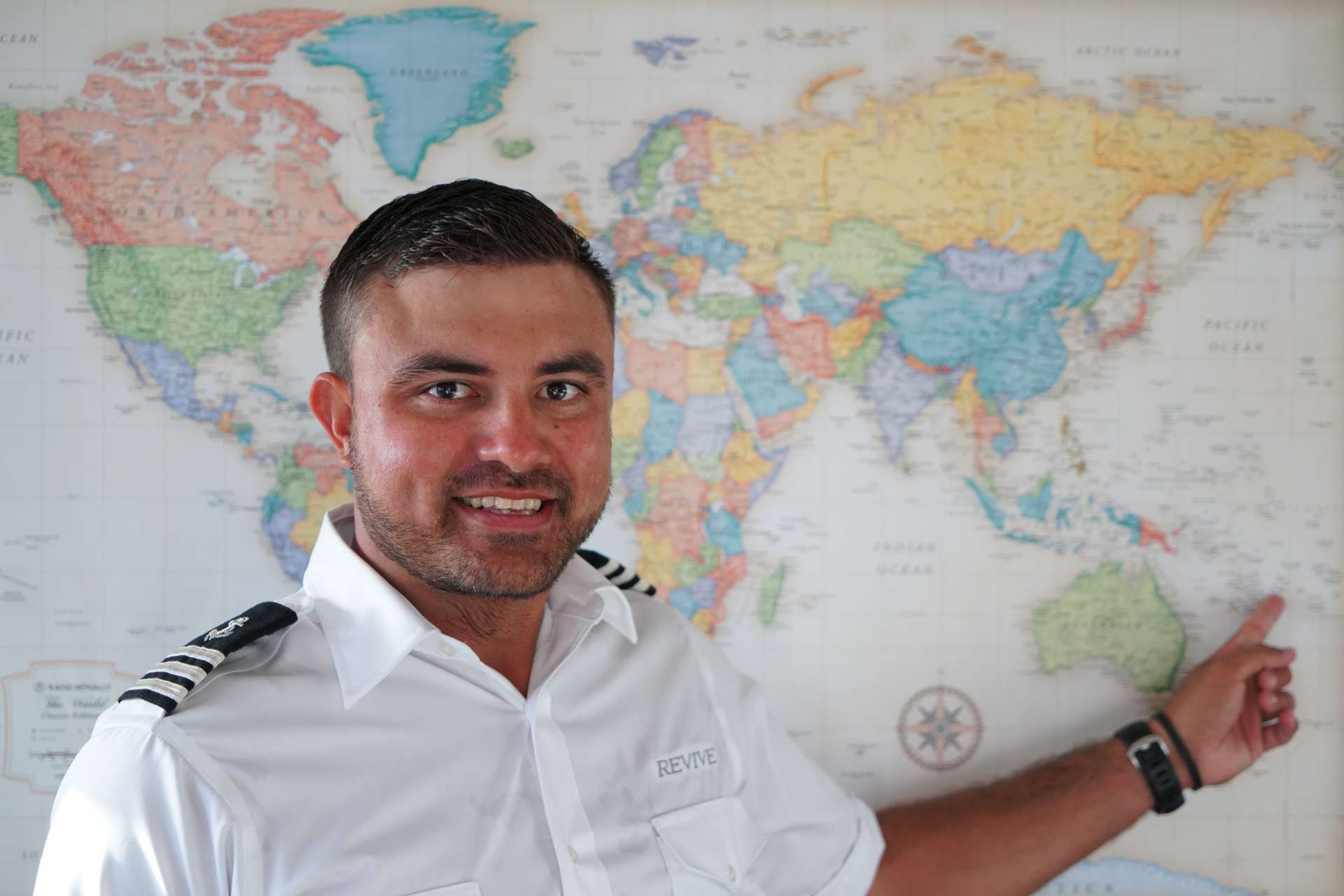 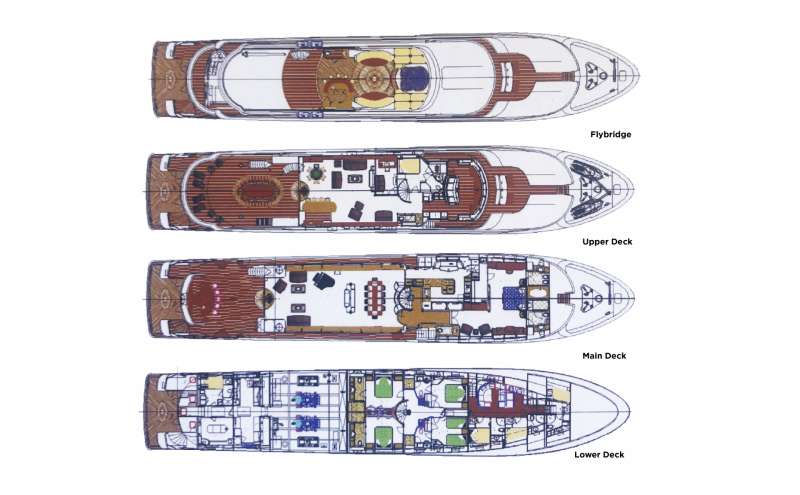