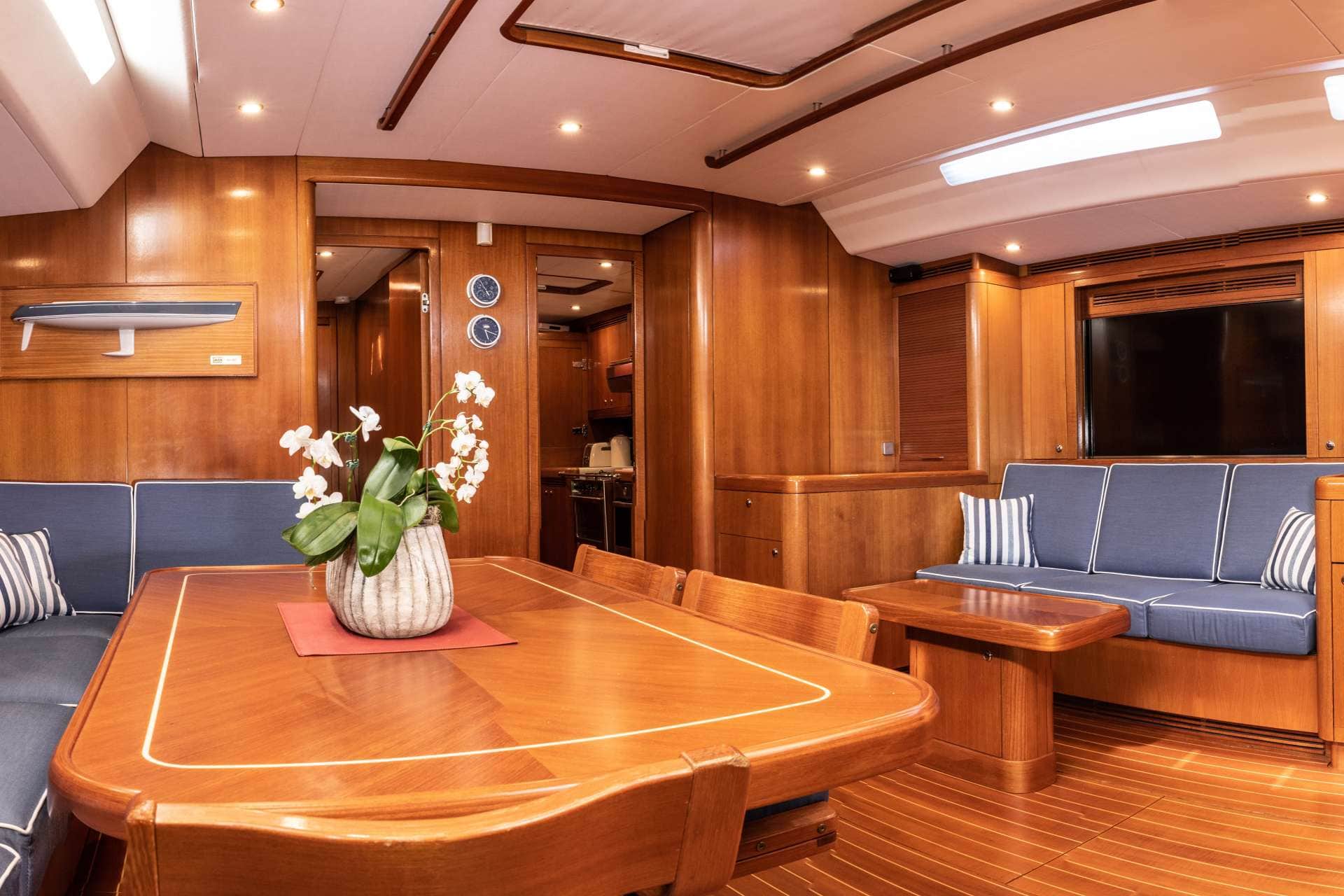 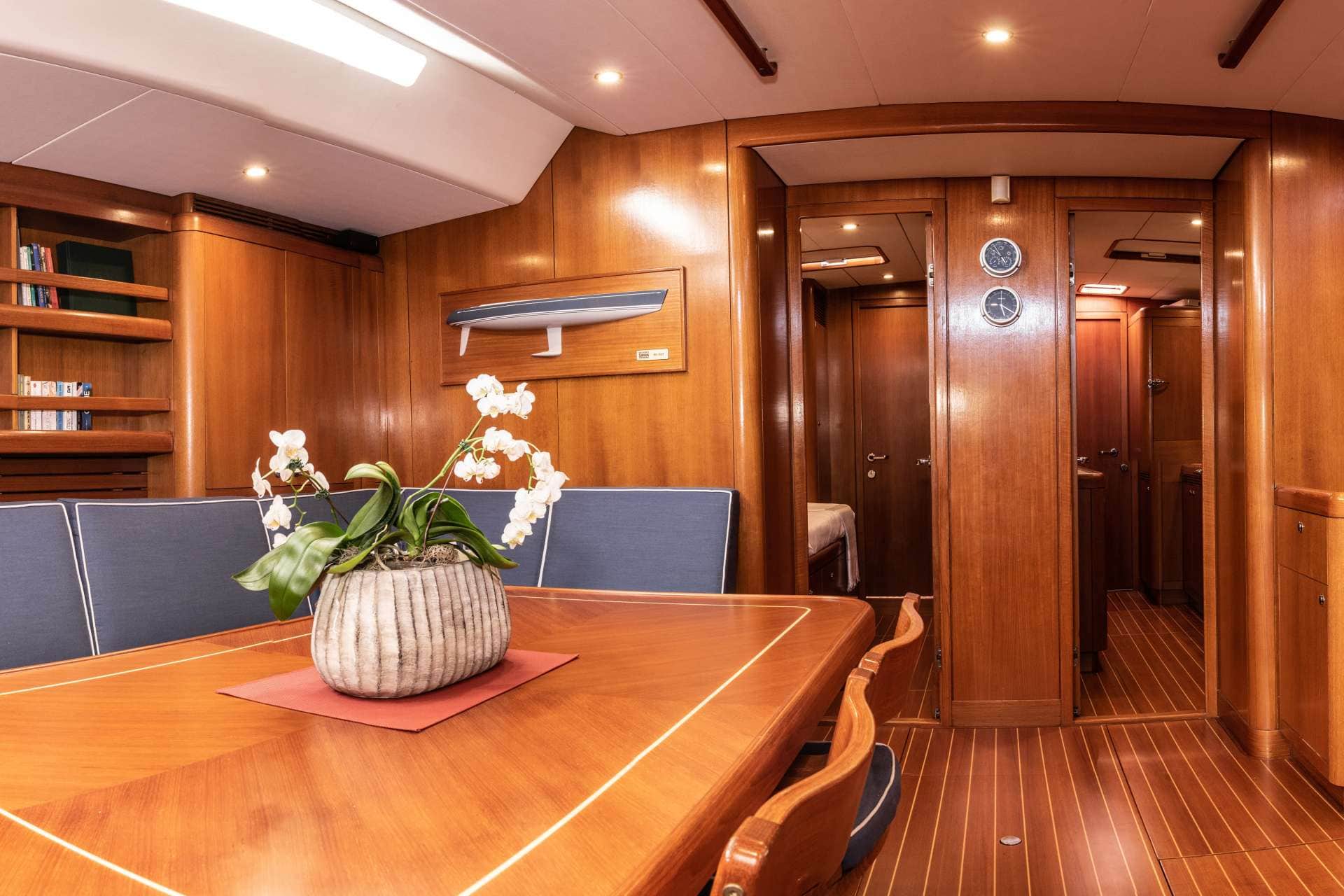 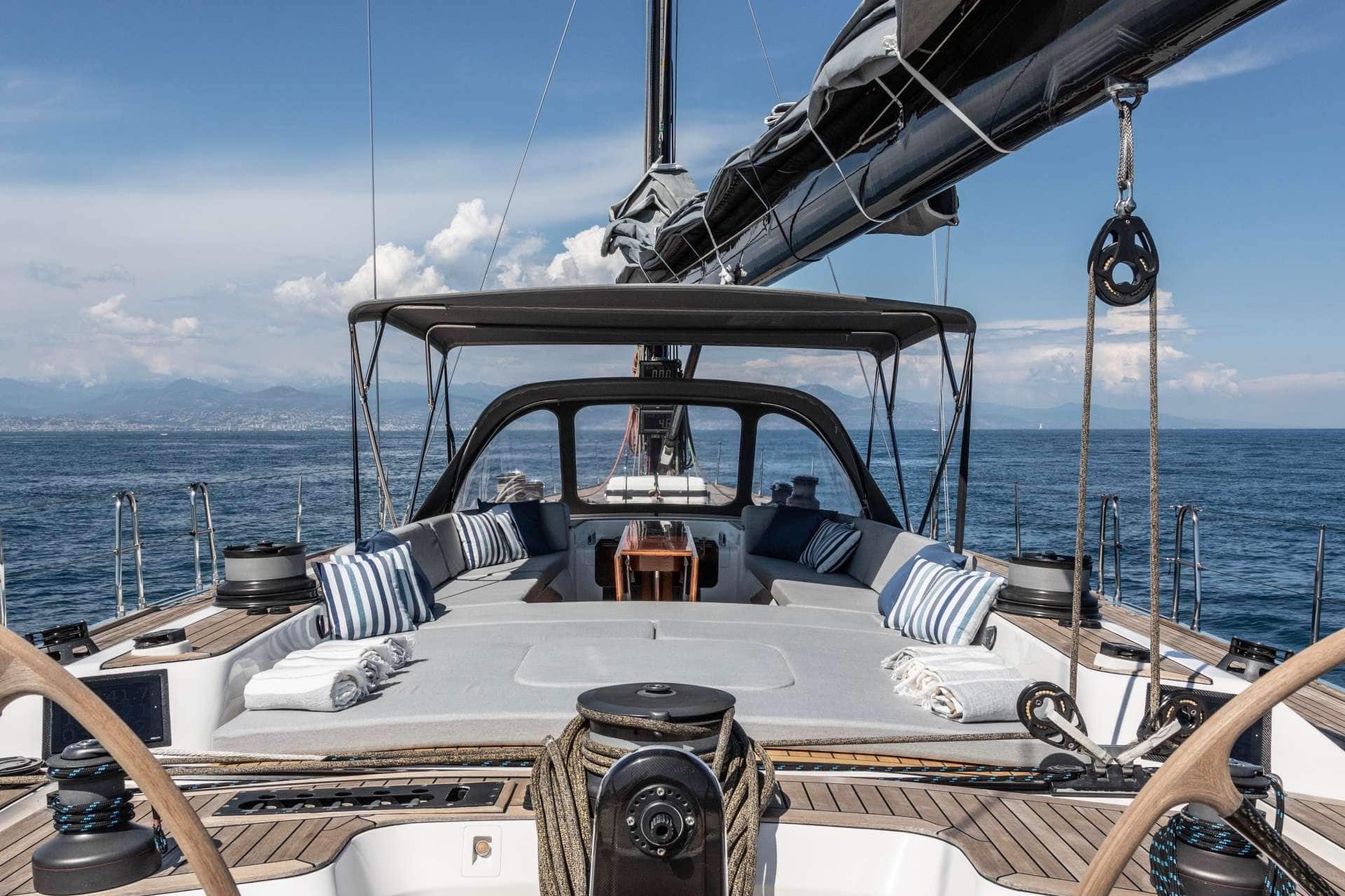 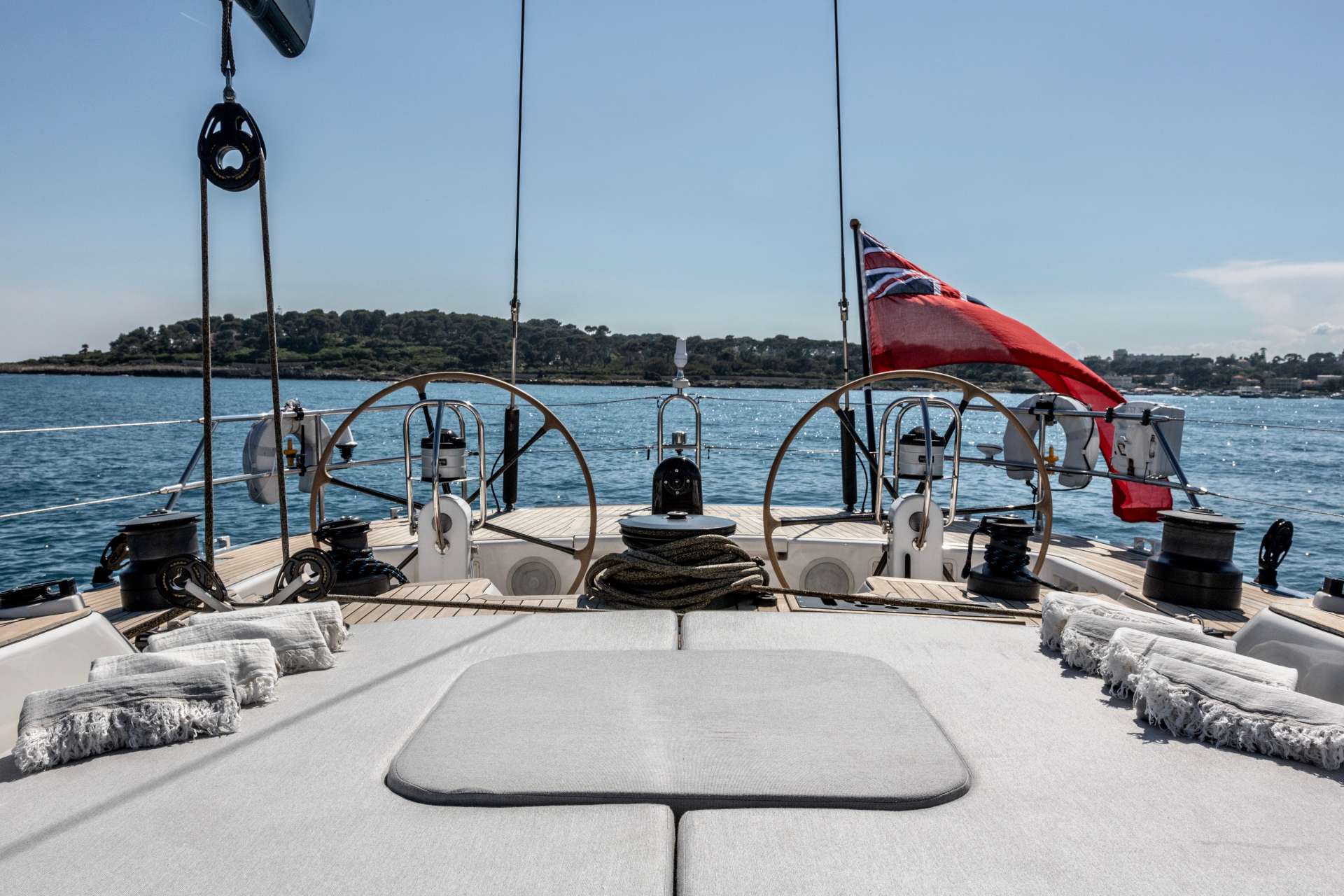 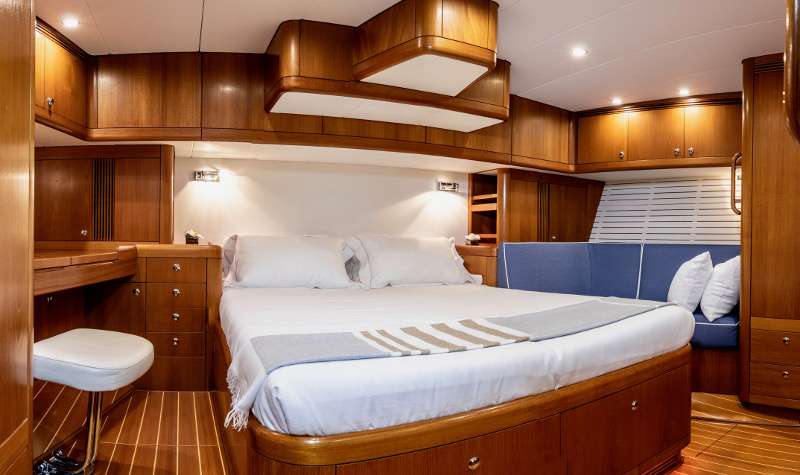 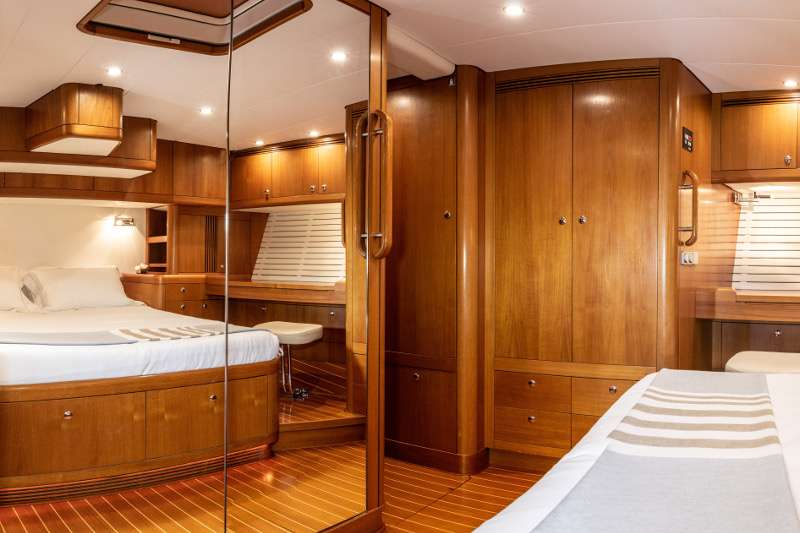 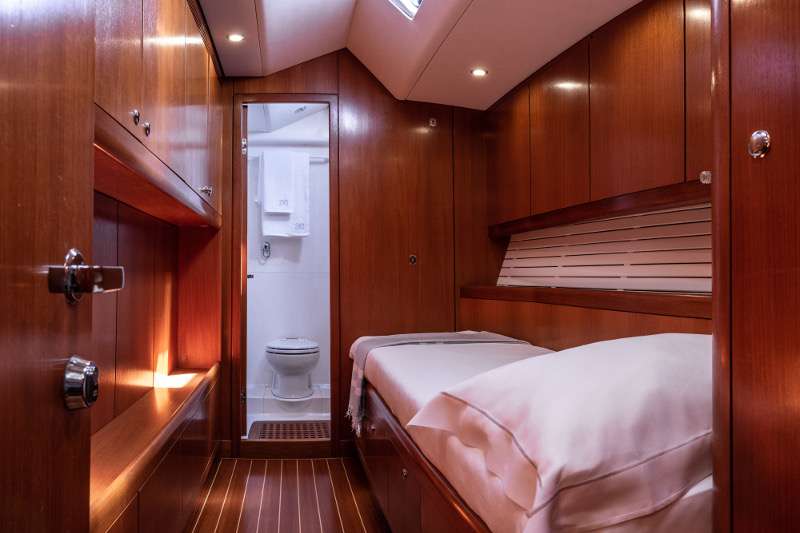 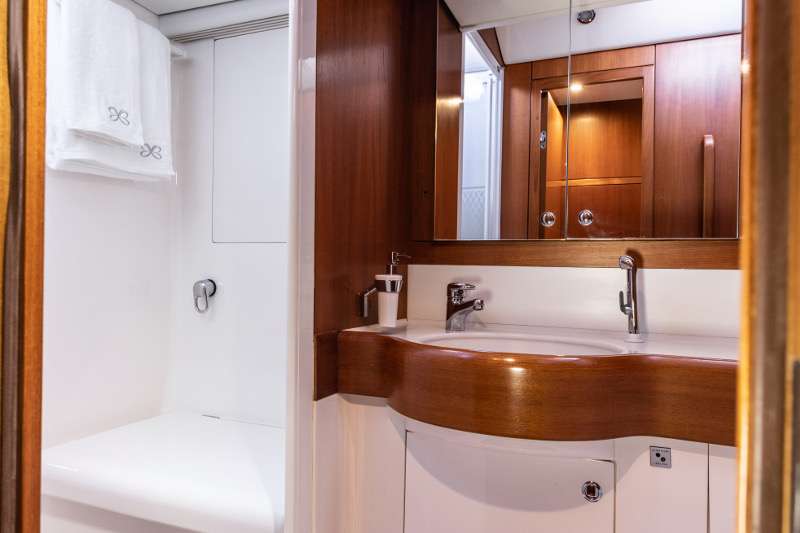 Sail and work experience
Lucas began sailing with his parents when he was a child. He enjoyed it so much that he decided to make his passion into a profession. He soon gained his qualifications and began working on DJANGO TOO as a first mate in 2011. Since then he has worked both as captain and deckhand on a number of yachts including the 183ft ketch MARI – CHA III, 115 ft SWIFT and a number of Lagoon catamarans. He joined the crew of KALLIMA as Captain in 2020. His qualifications and experience in yacht maintenance along with a passion for sailing make him the perfect captain. He has completed a number of races, such as the Rolex Cup (aboard DJANGO TOO) and the J80 World Championship.

Job description
As Captain the overall running of the vessel is Lucas’ responsibility; this includes the navigation, safety and experience of all onboard. He ensures that KALLIMA runs smoothly and efficiently whilst adhering to all the appropriate regulations.
Licenses & Certificates
• Captain 200 UMS
• Professional License of Yacht Maintenance
• Medical III
Languages Spoken
• French (Native)
• English (Spoken, Written, Read)

Previous yachts:
Julien has been working as skipper on cruising yachts from 45 to 55 feet from 2015 to 2016 before joining Aegir as First Mate in 2017.

Sail and work experience:
Julien has been has been working as a sailing instructor when at University. He then move to the city life and worked as IT software developer and afterwards as manager in catering in Paris and London.
Over the last 3 years he has clocked 20 000 NM cruising and delivering yachts, including an Atlantic crossing.
Julien speaks French, English and is currently learning Spanish

Job description:
Julien has the expertise required to stand in for Captain in his absence, acting as second in command. He assists the Captain during navigation and participates in all on-deck operations, respecting guest’s activities. He has extensive knowledge of sailing yachts maintenance and is responsible for the running of deck equipment and machinery.

Catering Work experience:
Between 2015 and 2018, Lisa worked in numerous restaurants in France and Germany, including Michelin Star Restaurant Hotel Claude Darozze in Langon, France. Since then, she has worked on various yachts in the positions of Chef or Hostess, cruising all over the world to places including Greece, Canada, South Africa and the Caribbean. She has also volunteered at numerous seminars, including those on ‘Fermentation’, ‘Sausage Making’, and ‘Cheese tasting’. She is fluent in German and English, and speaks basic French and Spanish.

Job description:
In charge of the galley and is responsible for all guests and crew meals, assuring a rich variety of food. Estimates food needs, reviews inventory assuring adequate supplies are available, sticking to budget and guests’ expectations. Carries out food service activities in order to have meals prepared at scheduled times and makes sure she complies with health regulations. Thanks to her/his creativity, she/he develops new recipes and ways of serving food in order to satisfy different guests’ wishes.