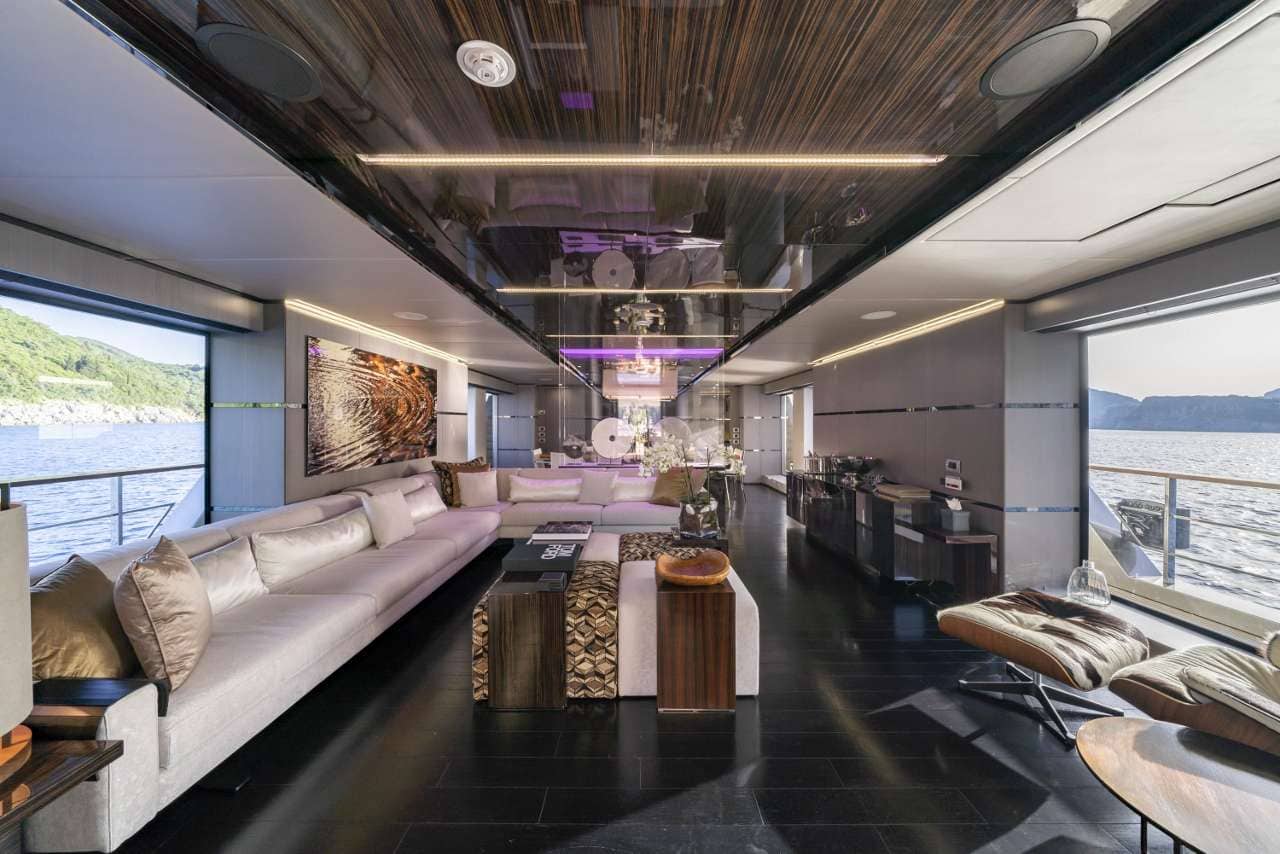 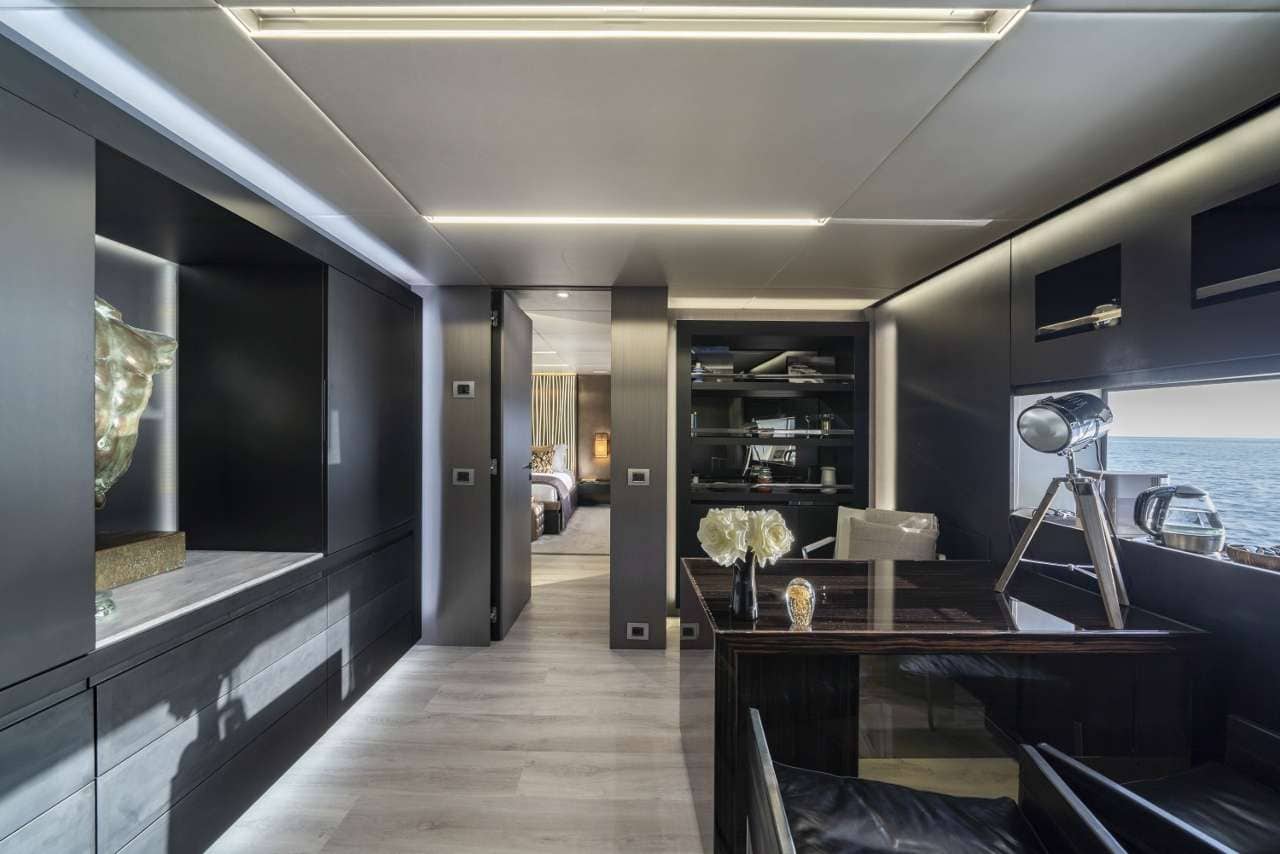 Click Here to Exit
CAPTAIN: Juan Gomez – Spanish
Joined Spring 2018
Juan was raised in Gran Canaria, giving him that built-in sense of the sea! He fell into the yachting industry some years ago and found the fast pace matched his “can do” attitude.
Juan describes himself as a strong leader, capable of multi- tasking while maintaining high-level safety standards. Charismatic and sportive, Juan’s career path has been varied and has seen him create and manage his own wholesale distribution company for wedding dresses in Madrid as well as co-pilot the tourist sub-marine The Golden Shark based in Gran Canaria.
Previous positions: Chief Officer M/Y Mustique (55m), First Officer S/Y Akalam (32m)
Languages: English, Spanish, Italian, German

FIRST OFFICER – Jeandré Fourie – South African
This ex-professional cyclist, studied to be a civil engineer and embarked upon his (2nd) career initially in the Netherlands and later back on his home ground of Cape Town, South Africa. The glimpses he got of the sea, whilst on the saddle and from the construction sites always caught his eye and finally in 2016 Jeandré took his first steps into the yachting industry.
With 5 successful seasons behind him, spent on yachts ranging from 27m to 67m, Jeandré has never once taken his eye off the prize and is working hard to attain the necessary qualifications needed for him to make vital progress within his field. He confesses that focus and pride make him a natural leader and his easy-going temperament make him an exemplary crew member!
Jeandré still loves his sports and when time allows, he doesn´t miss a chance to jump on a bike or rush off for a game of squash.
Languages: English, Dutch, Afrikaans

CHEF: Emiliano Novielo - Argentinian
Born in Ushuaia Argentina land of fire, Emiliano was exposed to a rich food culture from an early age. Fueled with hunger to learn and experience new dishes, he ventured on to learn the techniques and different flavors in the gastronomic world.
Over the years he worked with many Italians all over Argentina, making him well versed in Mediterranean food and the travelling to different places taught him new techniques and new ways of cooking.
These years of working in high-end restaurants and hotels opened Emis’ eyes to the world of yachting where he has been settled since 2013. He likes to work closely with the guests in order to produce bespoke dishes to suit their palette – creating memorable culinary experiences.
Emi, enjoys time with his family and friends, travelling and discovering new dishes to add to his portfolio.
Languages: Spanish, English

CHIEF STEWARDESS: Lorrean Miranda - Filipino
Joined Spring 2020
Growing up in the bustling city of Manila, Lorrean searched for peace and serenity away from the busy city life. She found it when she started working in the hospitality industry, working in a 5-star luxury hotel which led her on her journey in yachting, bringing with her the dream she always had, to experience the peacefulness that the sea brings.
Now with 12 full years of yachting experience behind her, Lorrean is not only proud of the level of service she is able to provide, but also the sea miles she has covered. She has travelled all over Asia, crossed the Baltic and Norwegian Sea to Norway, Sweden, Finland, Germany, London and even Russia.
Lorrean's vibrant character means she loves to be part of a team and she is ever so happy to have Carla as 2nd stewardess by her side with whom she spent 5 years with on M/Y Jade.
Lorrean admits that travel is one of the things she loves the most. Anything from camping to climbing mountains (when she was younger), and now riding the ocean waves, cookery and reading join the list of things she likes to do.
Languages: English
Previous Yachts: M/Y JADE (52m), M/Y Tia Di Benti (34m)

2ND STEWARDESS: Carla Cardeno - Filipino
Joined Summer 2020
Carla grew up in the beautiful islands of Samar, Leyte in the Philippines which boasts beautiful coastlines and beaches. Initially working in high end hospitality, the transition into yachting felt like the “right move” for her.
The five years she spent on M/Y Jade, a busy charter boat, honed her skills, built her confidence, and made her a valuable crew member. It was there that Carla teamed up with Lorrean (the Giraud Chief stewardess) and the perfect partnership was formed!
The extensive travels she experienced during this time have been invaluable and she continues to work with passion, ensuring that she takes care of the guests with utmost attention.
Carla loves to bake, read books, and experience travel adventures.
Previous Yachts: M/Y JADE (52m), M/Y TIA DI BENTI (34m)
Language: English

3RD STEWARDESS: Katya Sidorova - Russian
Katya was born in Saint-Petersburg where she has spent the past 10 years working in high-end hospitality establishments.
Her real love for travel and diversity brought her to yachting in 2019 where she discovered that her hard working ethos and cheery personality were of vital essence.
In her spare time, Katya busies herself between yoga, running, reading English literature and cooking for family and friends.
Language: Russian, English

CHIEF ENGINEER: Nicolas Bernal Regente
Joined Summer 2019
Nicolas started his studies mostly because of his passion for boats, the sea and travel. He is a well-rounded engineer with excellent trouble shooting and fault-finding skills and enjoys the demanding standards that yachts require and likes to feel challenged.
Nicolas started his yachting career in 2014 when he joined as a deckhand the 126m M/Y Octopussy.
Previous Yachts: M/Y Belisa (34m), M/Y Wally Kokonut (30m), M/Y Semaya (31m)
Languages: Spanish, English

BOSUN: Nevada Smith - Sri Lankan
Joined Spring 2019
Nevada who hails from stunning Sri Lanka started his career in yachting on 2006 when he joined the 65m M/Y Bleu de Nimes for a refit in Istanbul, Turkey and since has been deckhand on large yachts both private and charter. Prior to this he worked 6 years for the Sri Lanka port authority. Nevada also has some hospitality experience having worked in the food and beverage department in a large hotel in Sri Lanka.
Previous Yachts: M/Y Forever (43m), M/Y Seven Sins (52m), M/Y Anka (40m)
Languages: English, Singhalese

DECKHAND: Peet Taqi Smith - Sri Lankan
Joined Spring 2019
Peet is a carpenter by trade but also a great varnisher and spray painter, this has come in handy when working as a deckhand or bosun on large yachts. Prior to yachting Peet worked as a self- employed carpenter in his home country of Sri Lanka. When not busy Peet enjoys water sports and fishing. Previous Yachts: M/Y Dusur (54m), M/Y Boadicea (76m), M/Y Victory (54m)
Languages: English, Singhalese

DECKHAND Jaime Aguirre - Columbian
Joined Spring 2021
Jaime grew up in Colombia in the capital city of Salsa dancing and in-between the sugarcane fields and national parks of San Cipriano. As a young adult he joined the police force until he decided to explore the world and came to Spain where he started repainting houses and worked his way up in a restaurant as manager. He was introduced to the yachting industry by friends and has spent the last 3 summers on yachts in various roles. During his time off he loves to cook, share cultures, do combat sports or participate in Salsa dancing.
Languages: Spanish, Italian and English