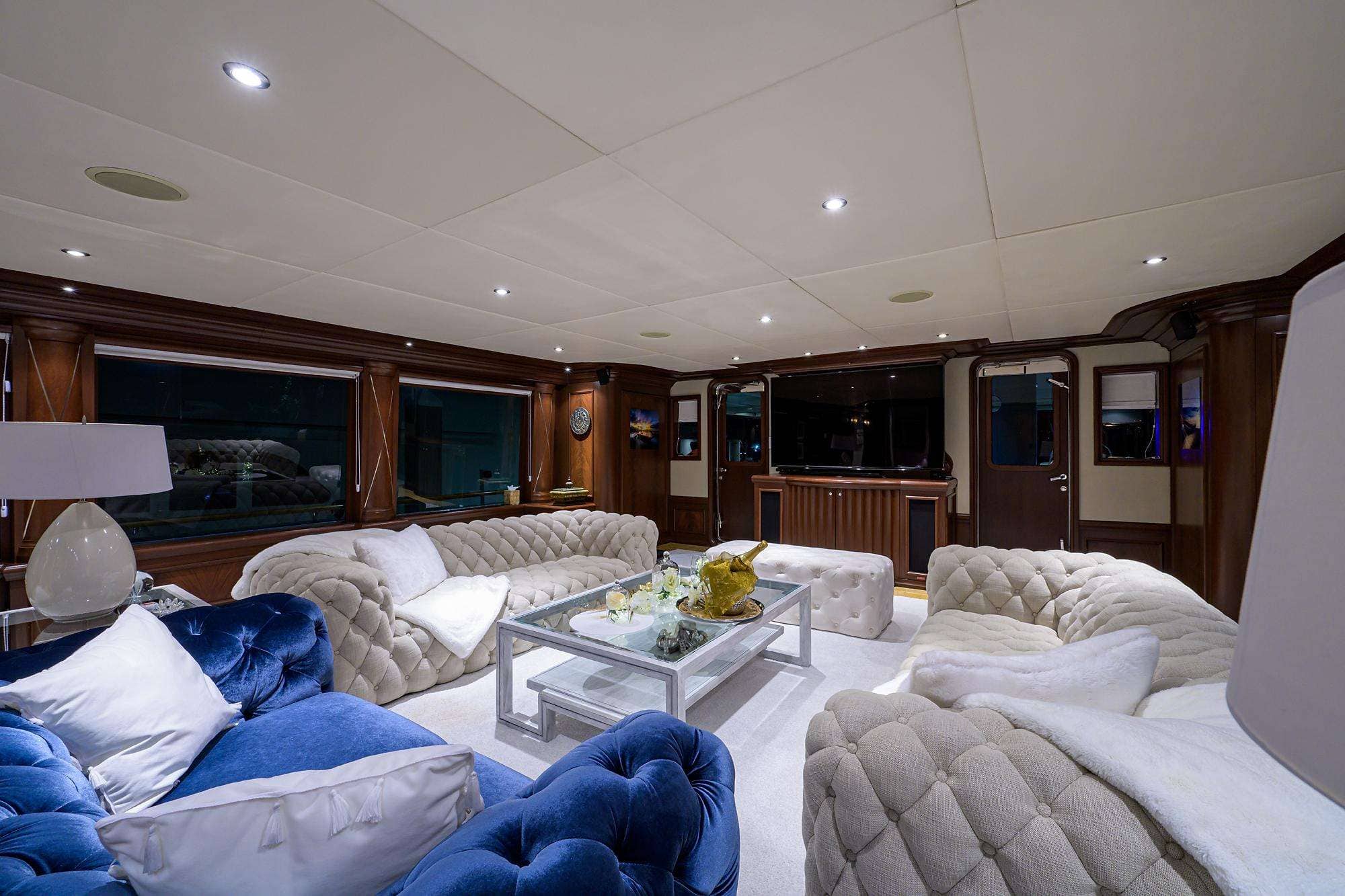 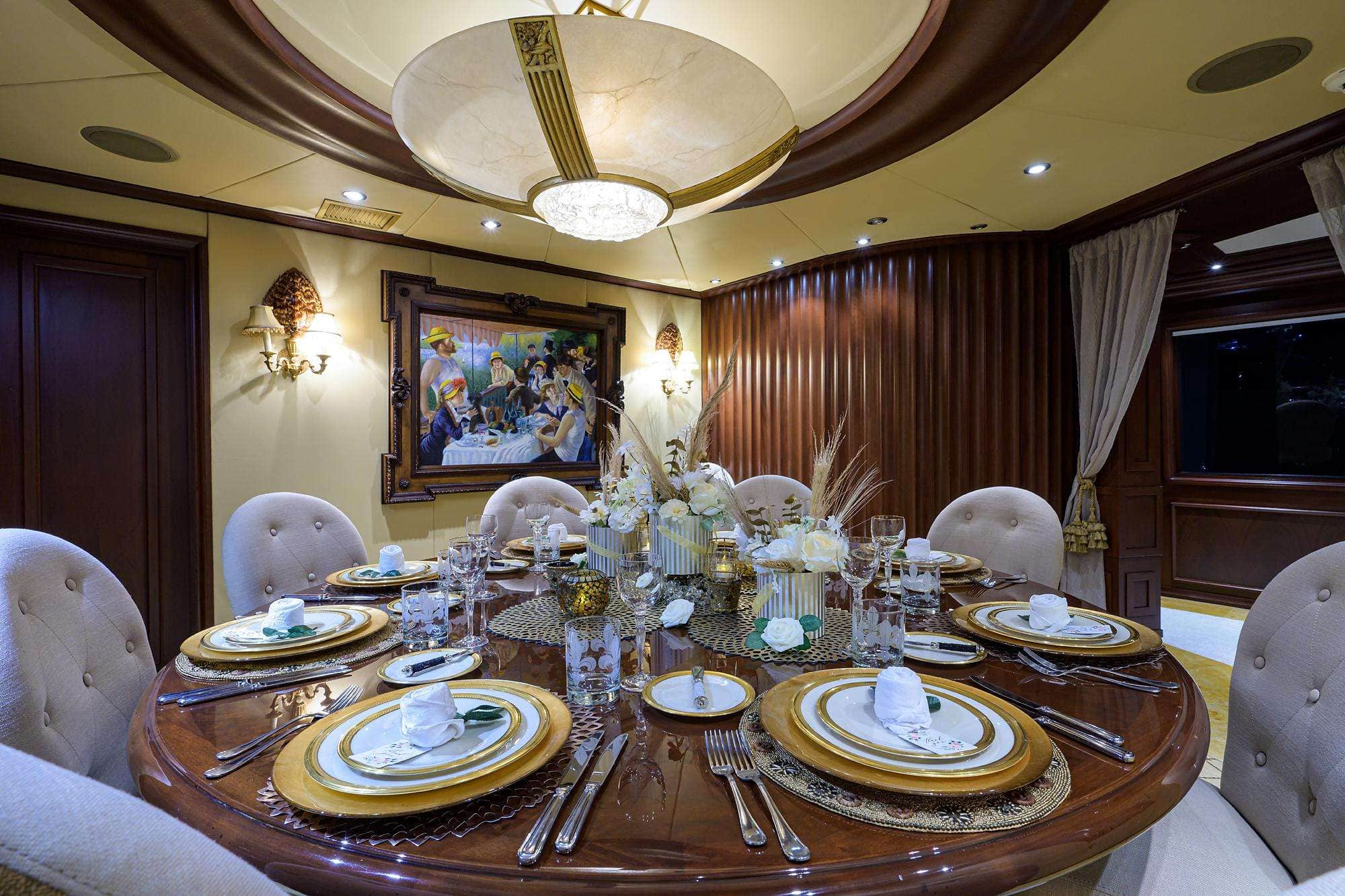 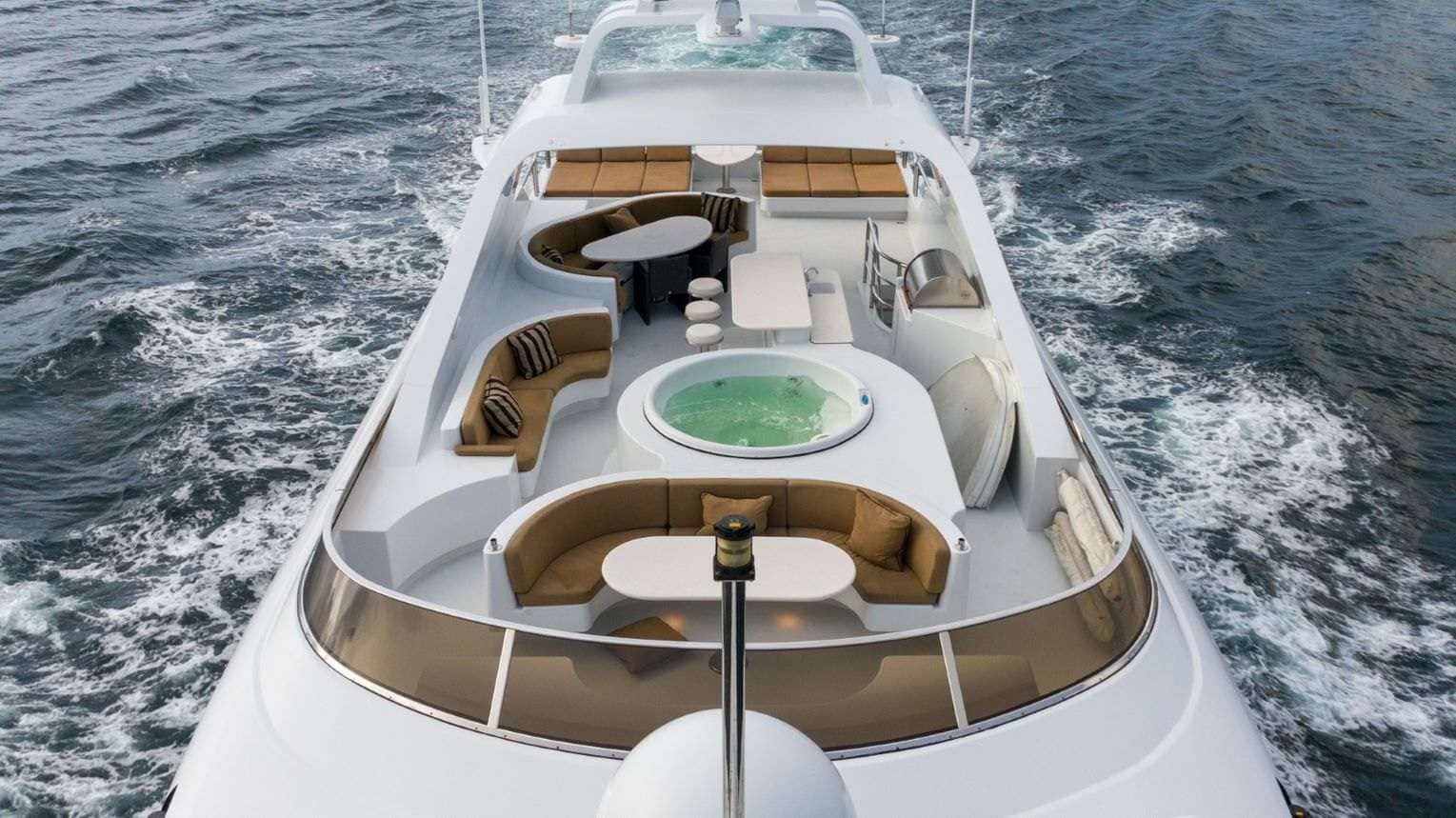 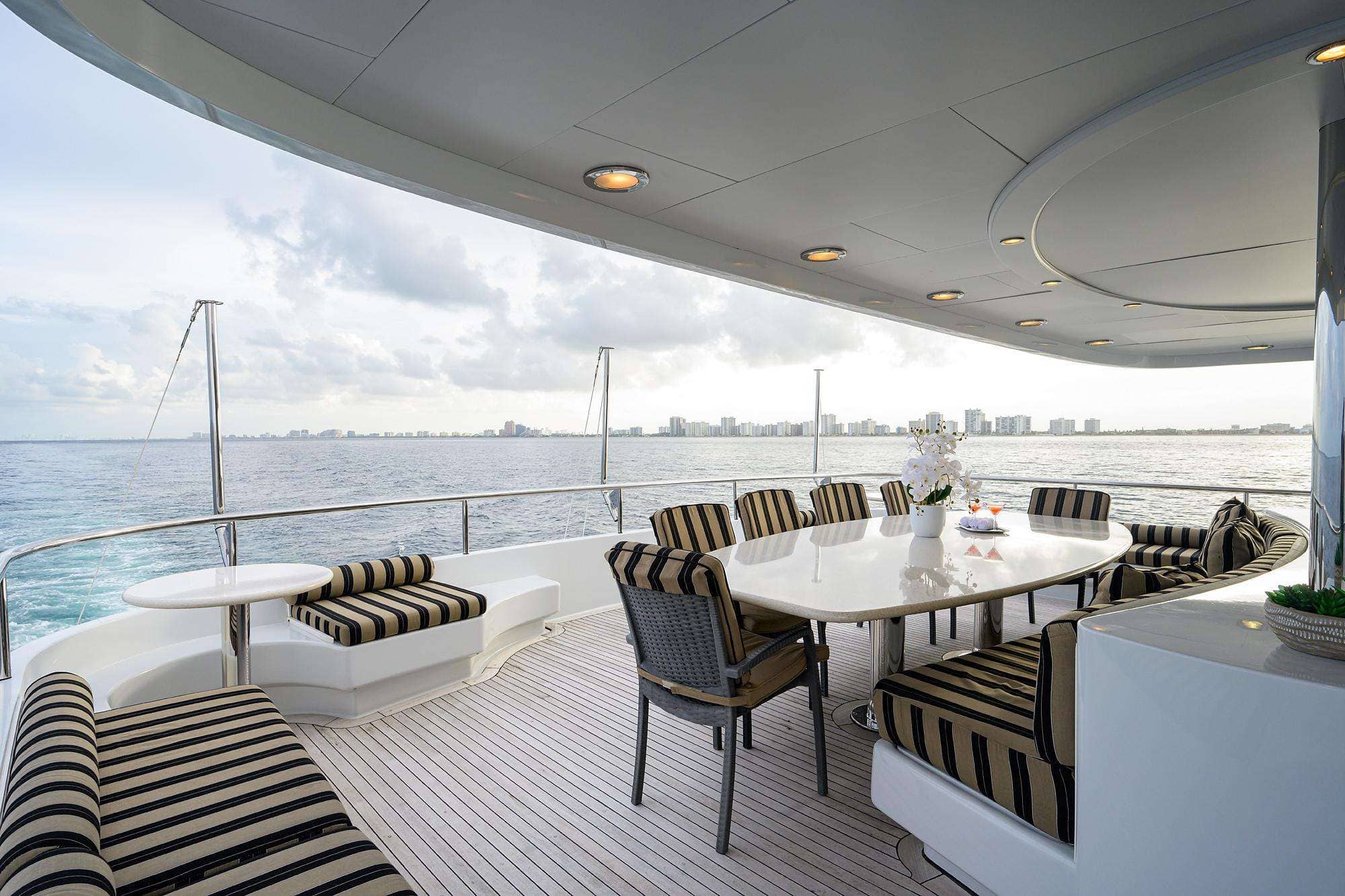 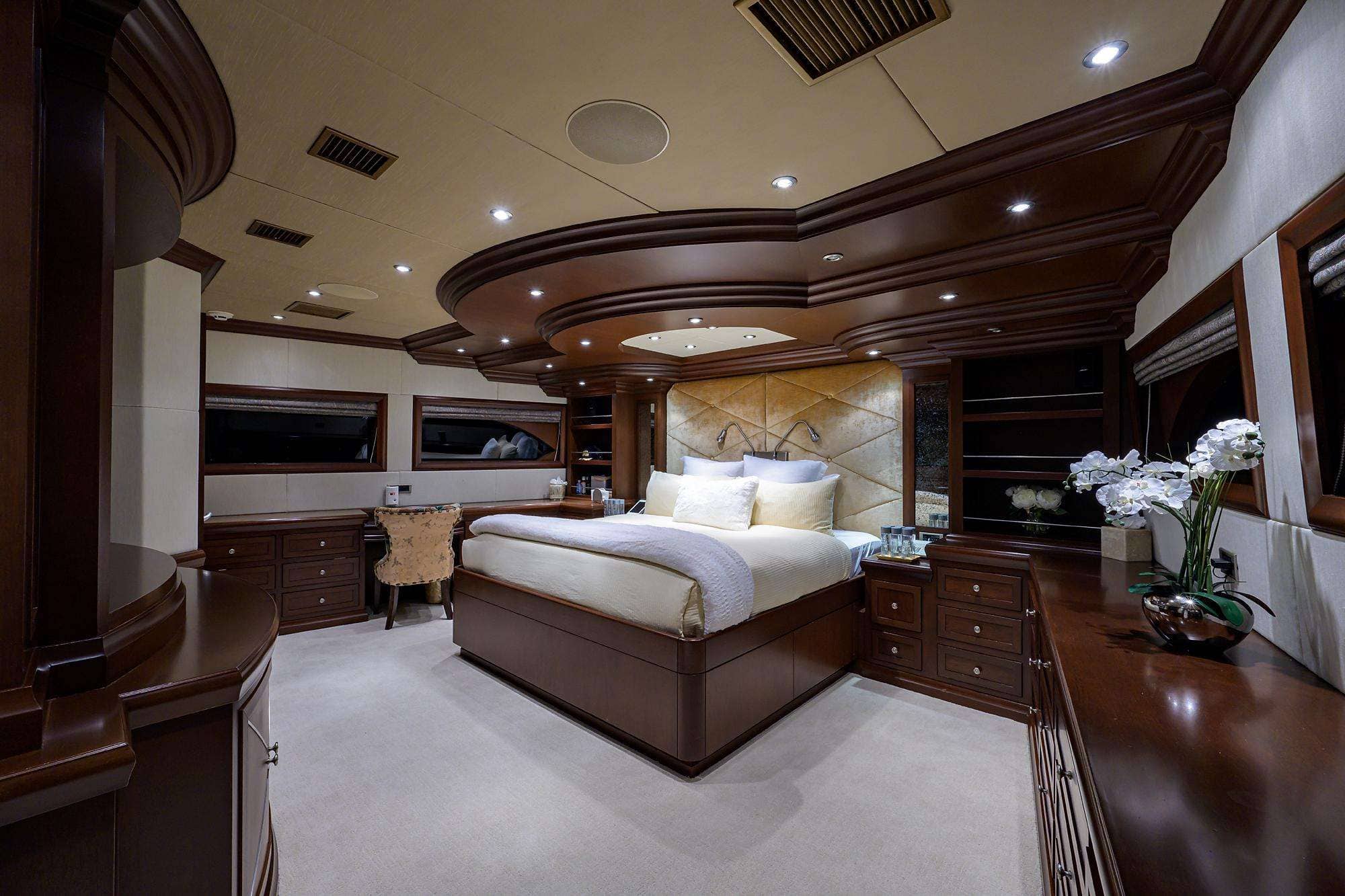 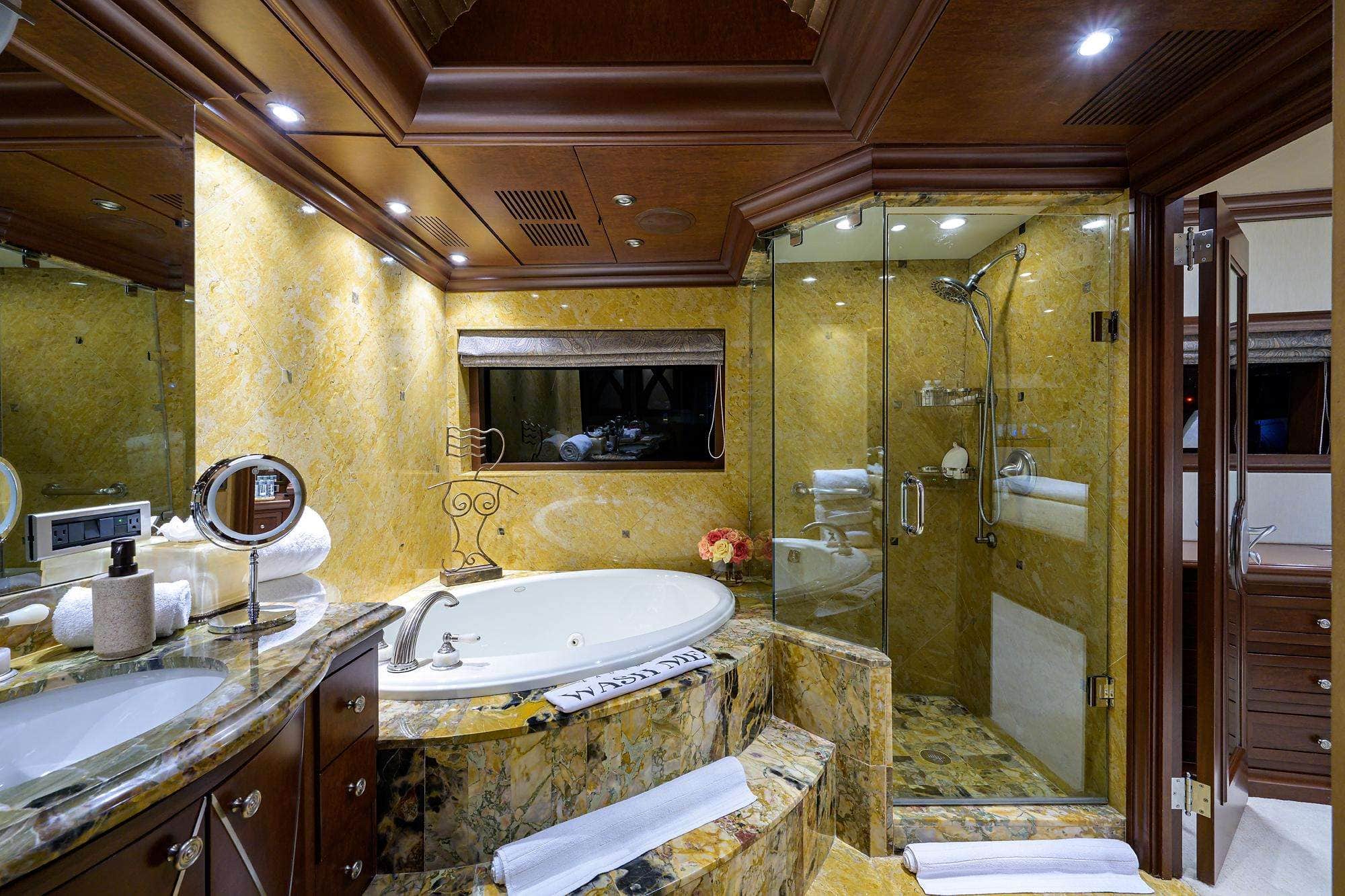 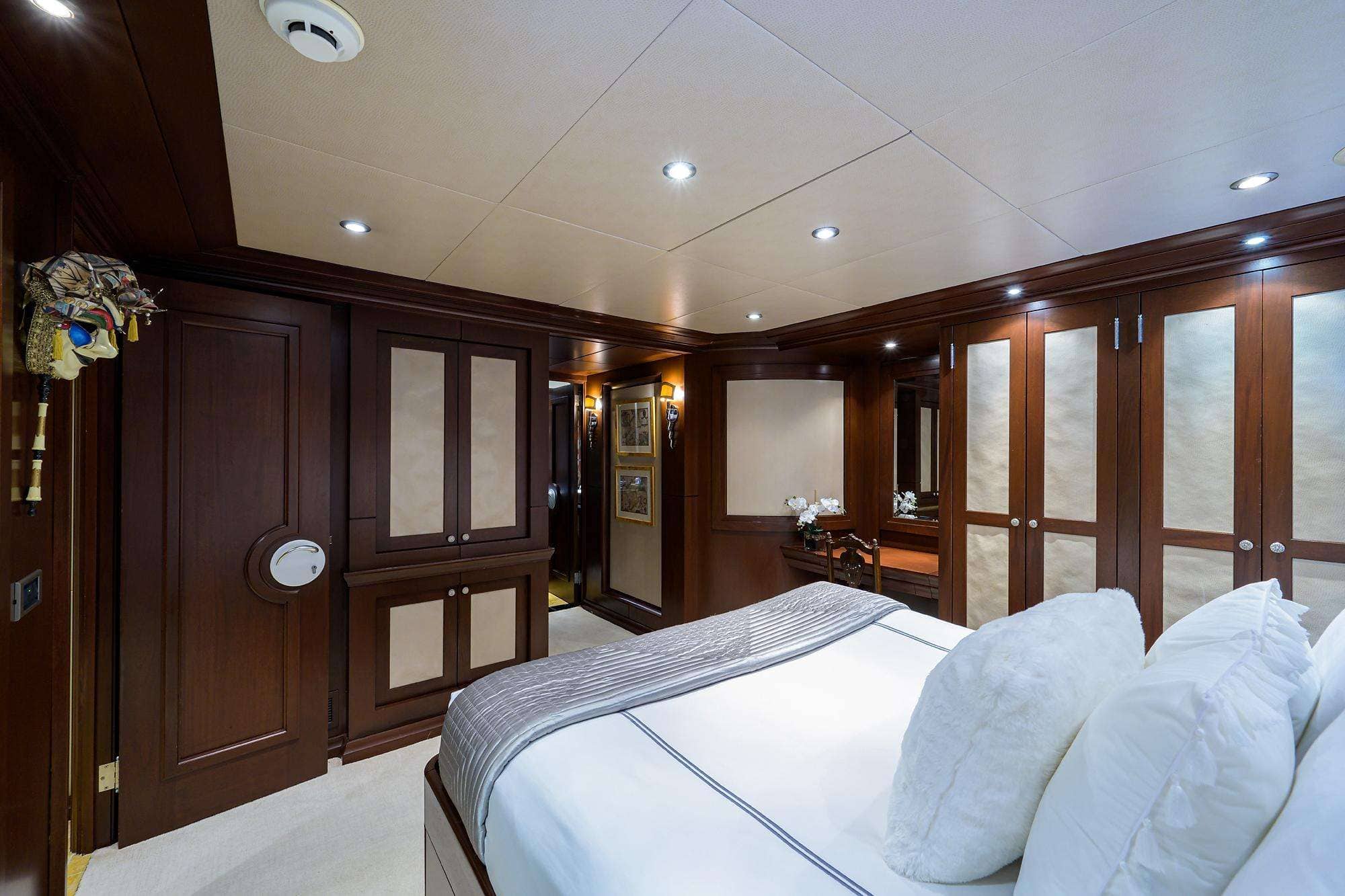 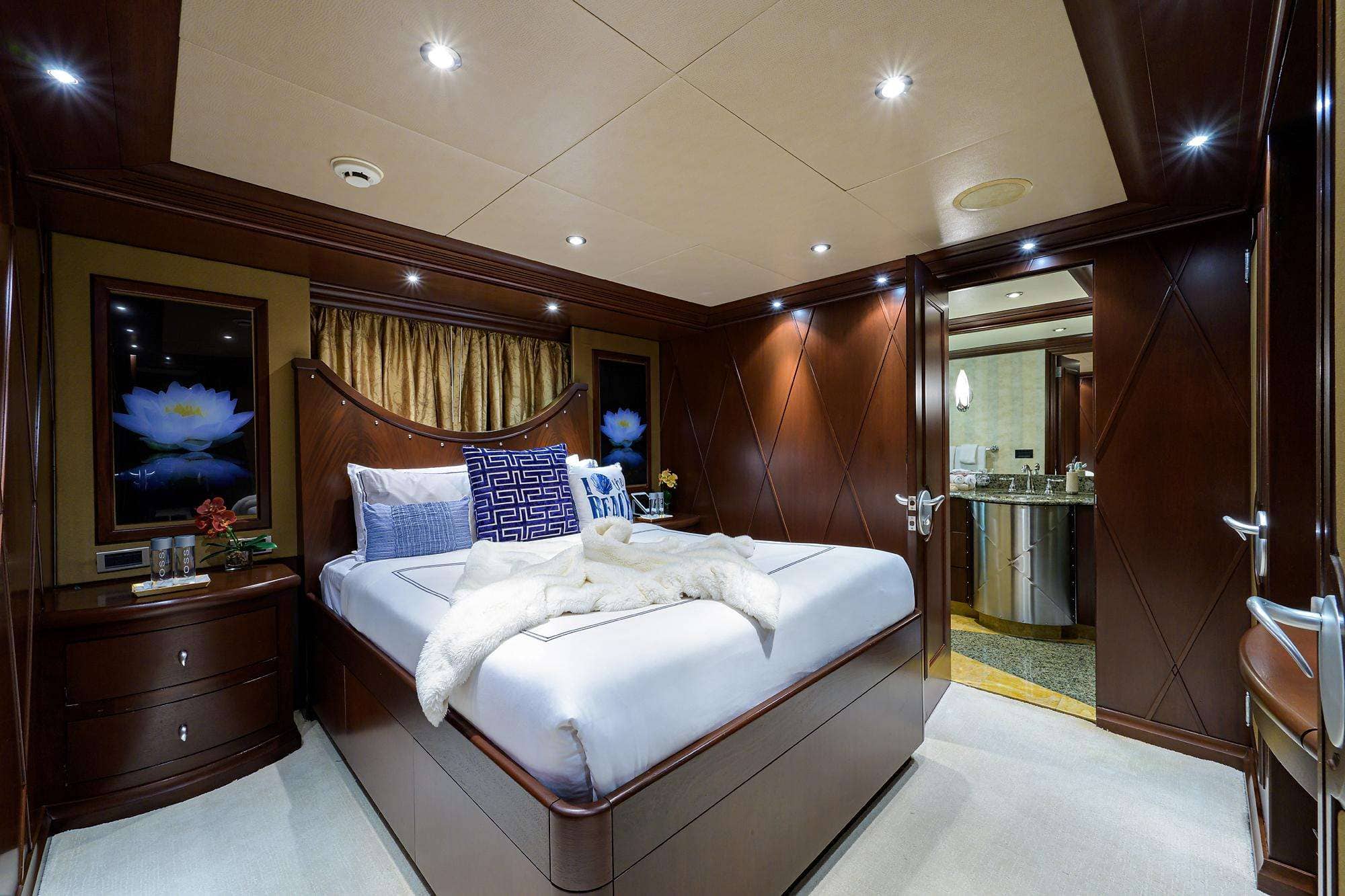 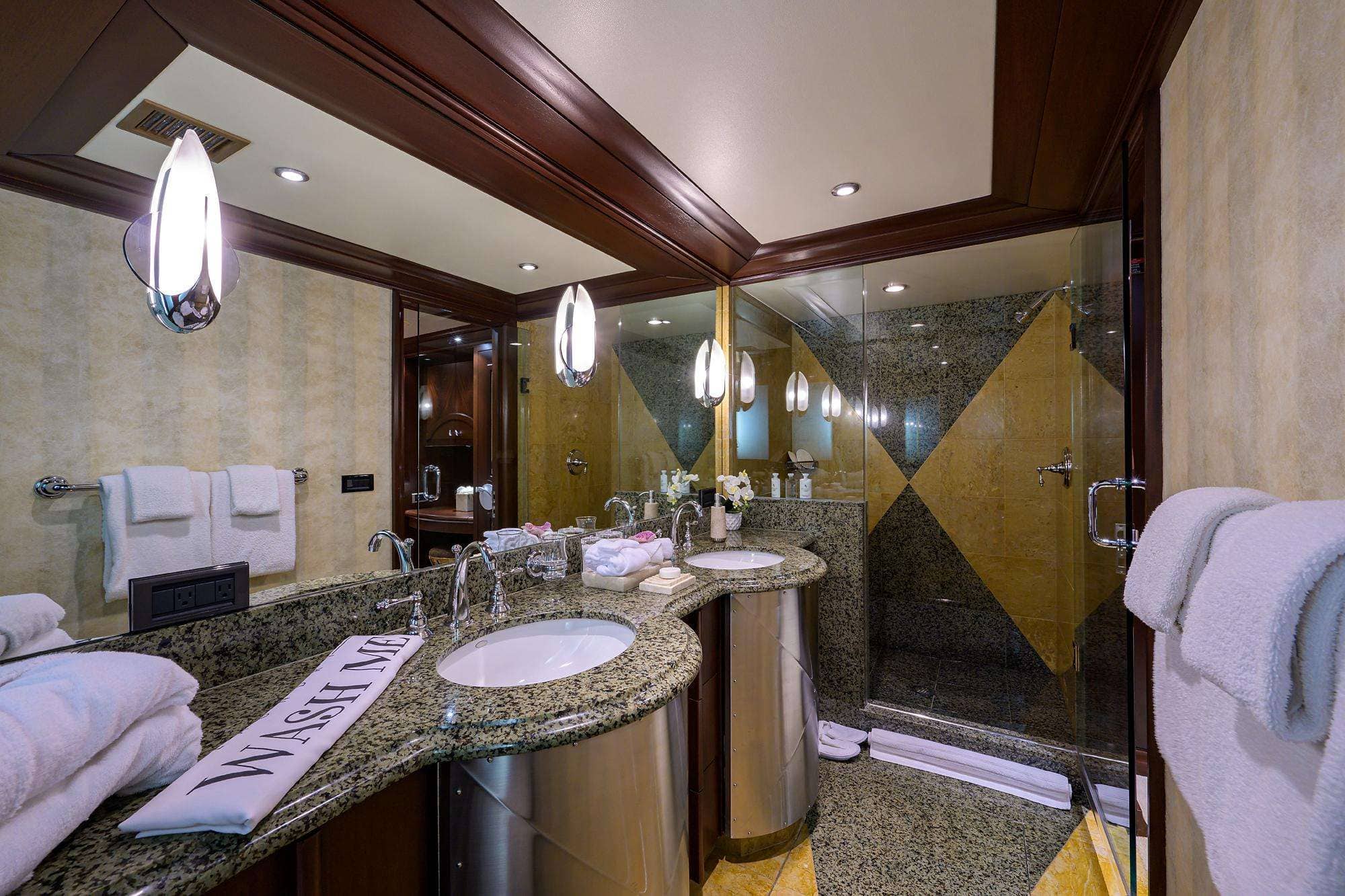 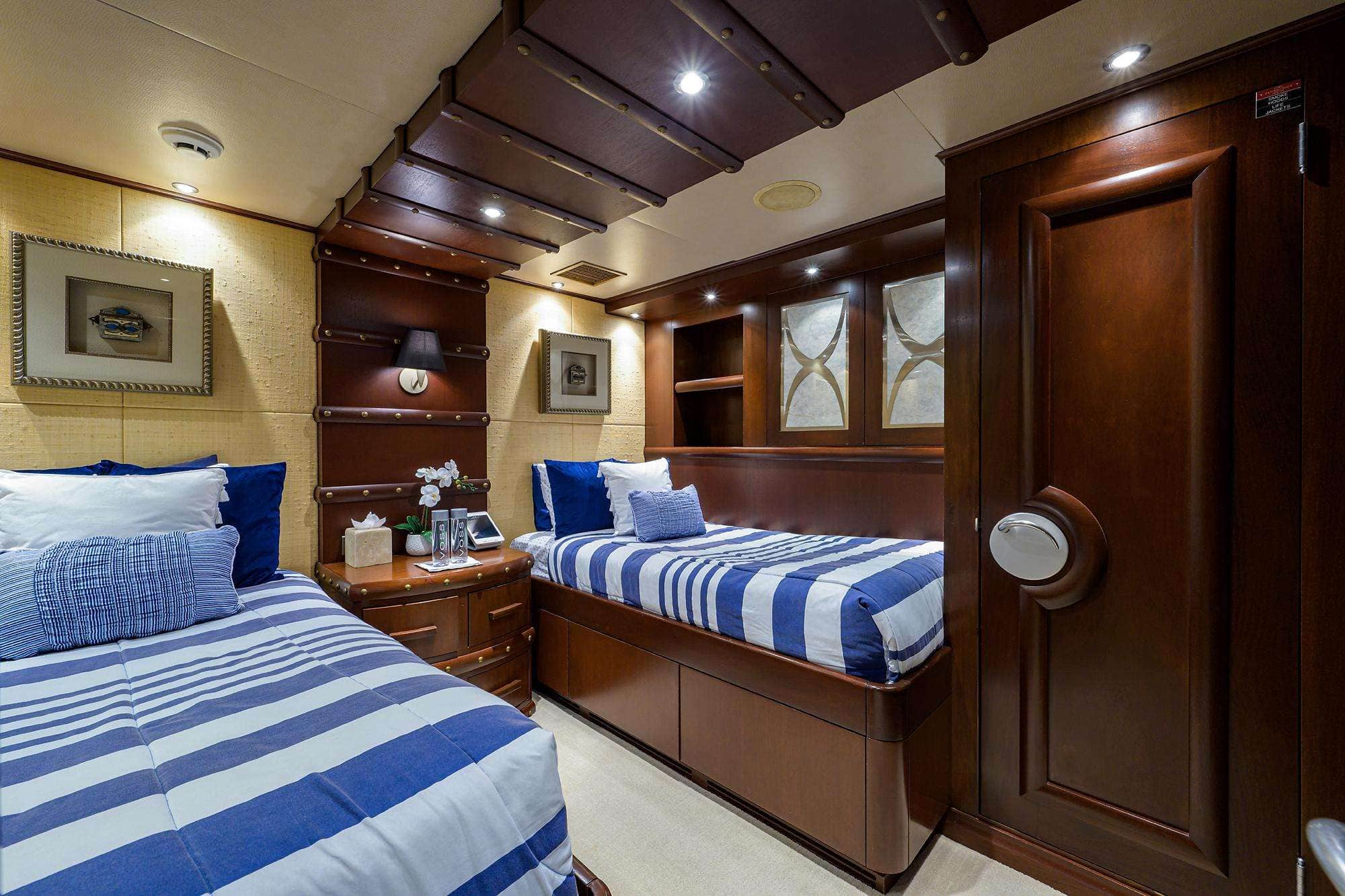 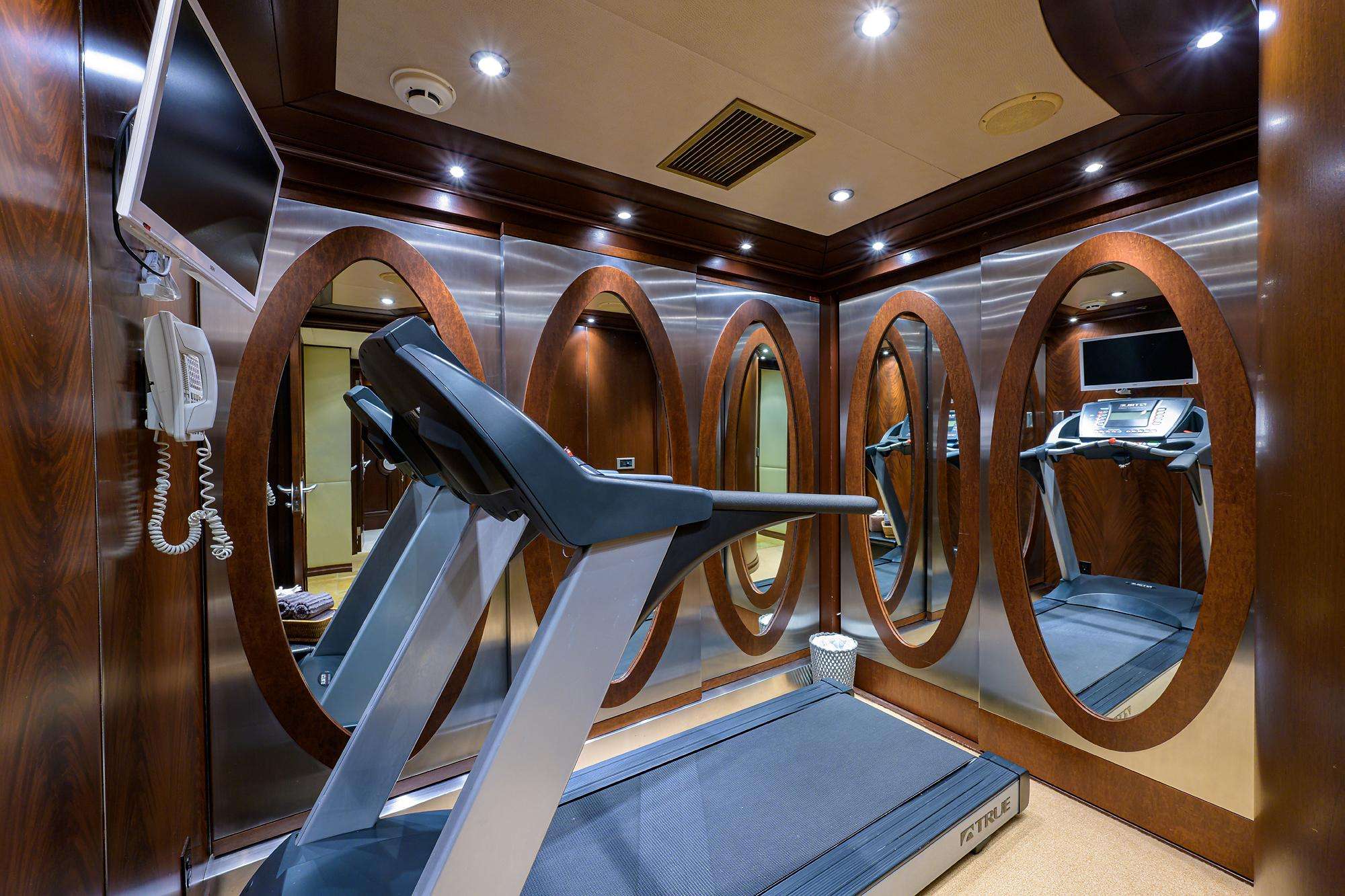 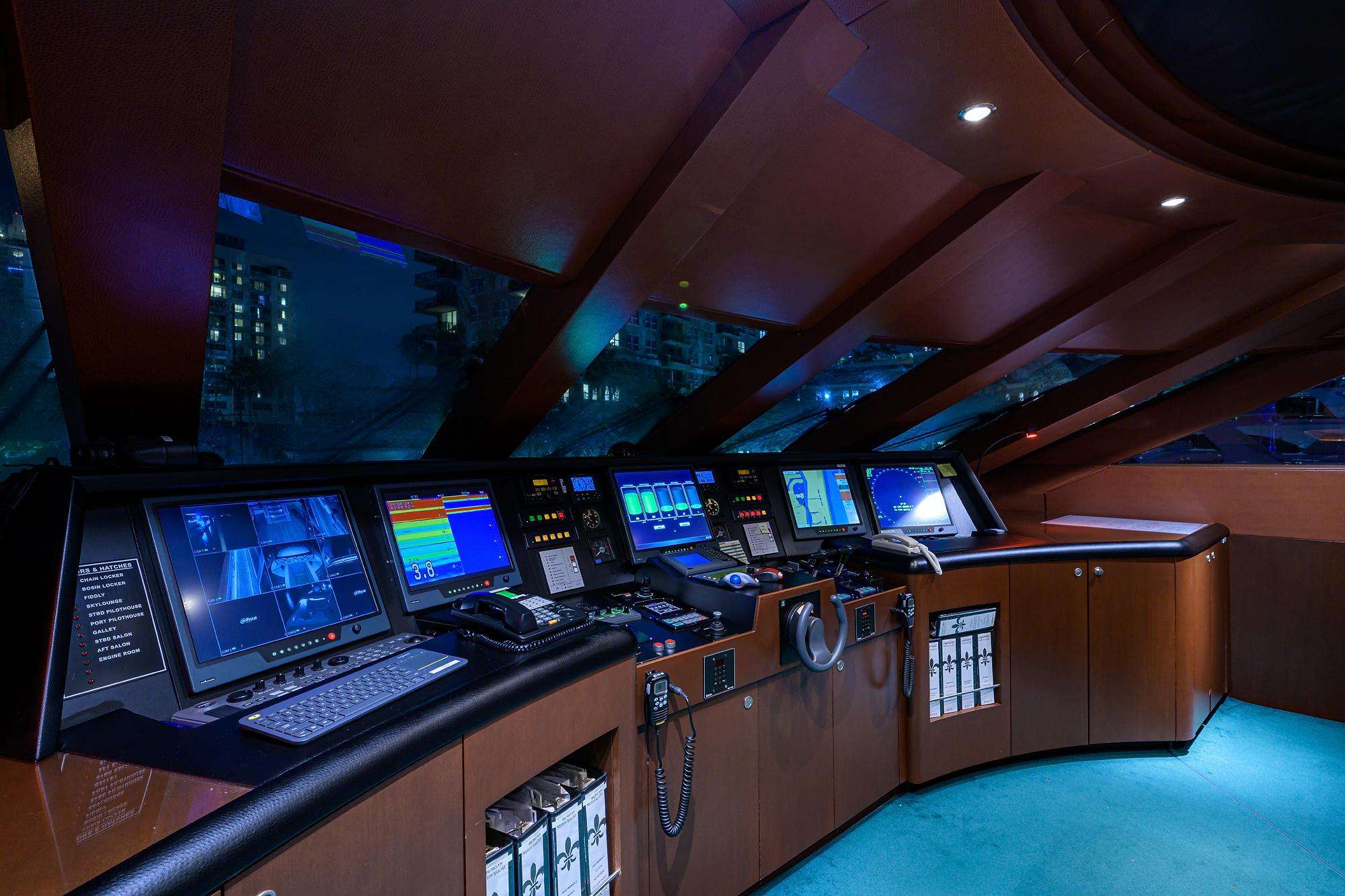 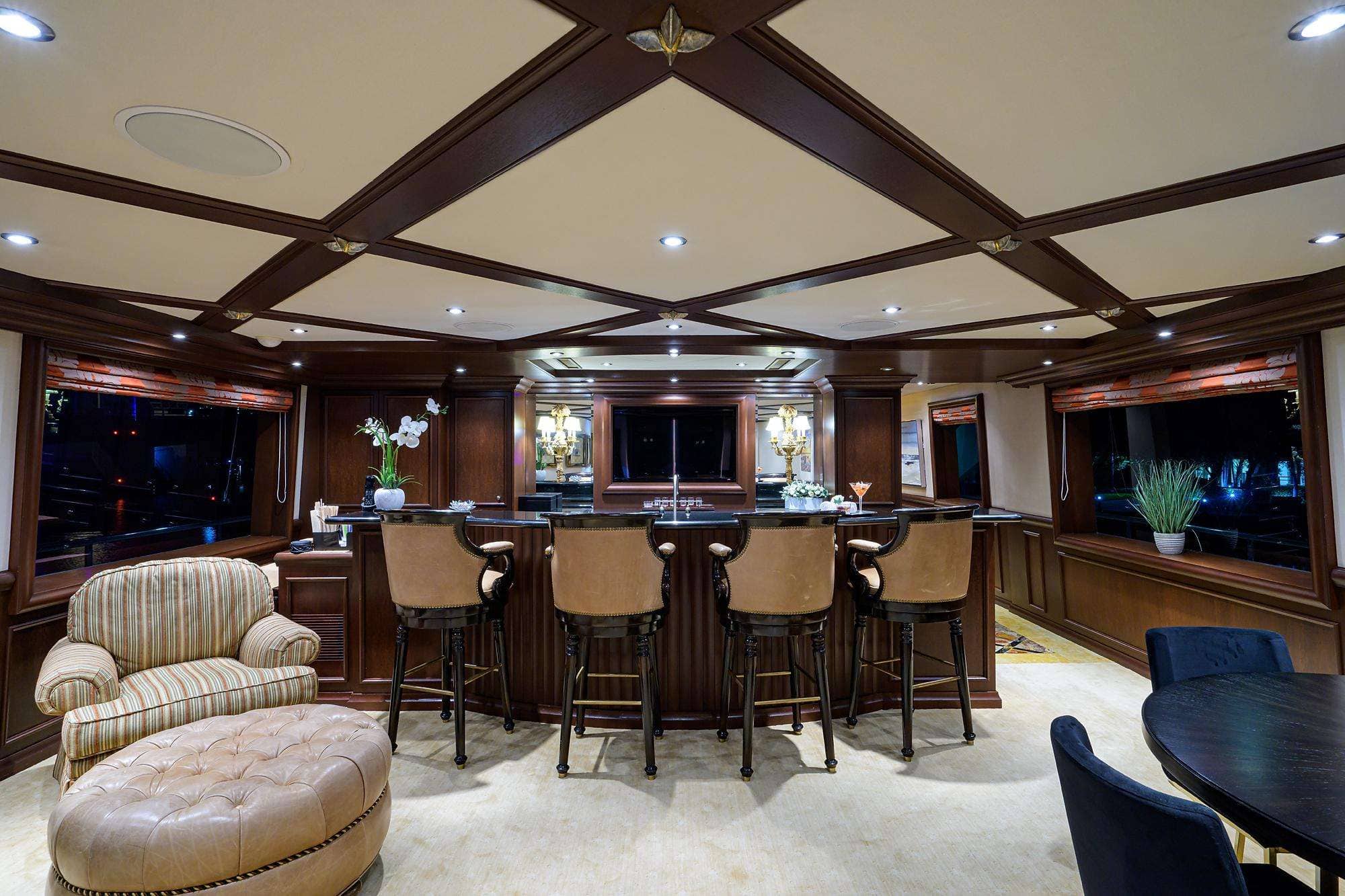 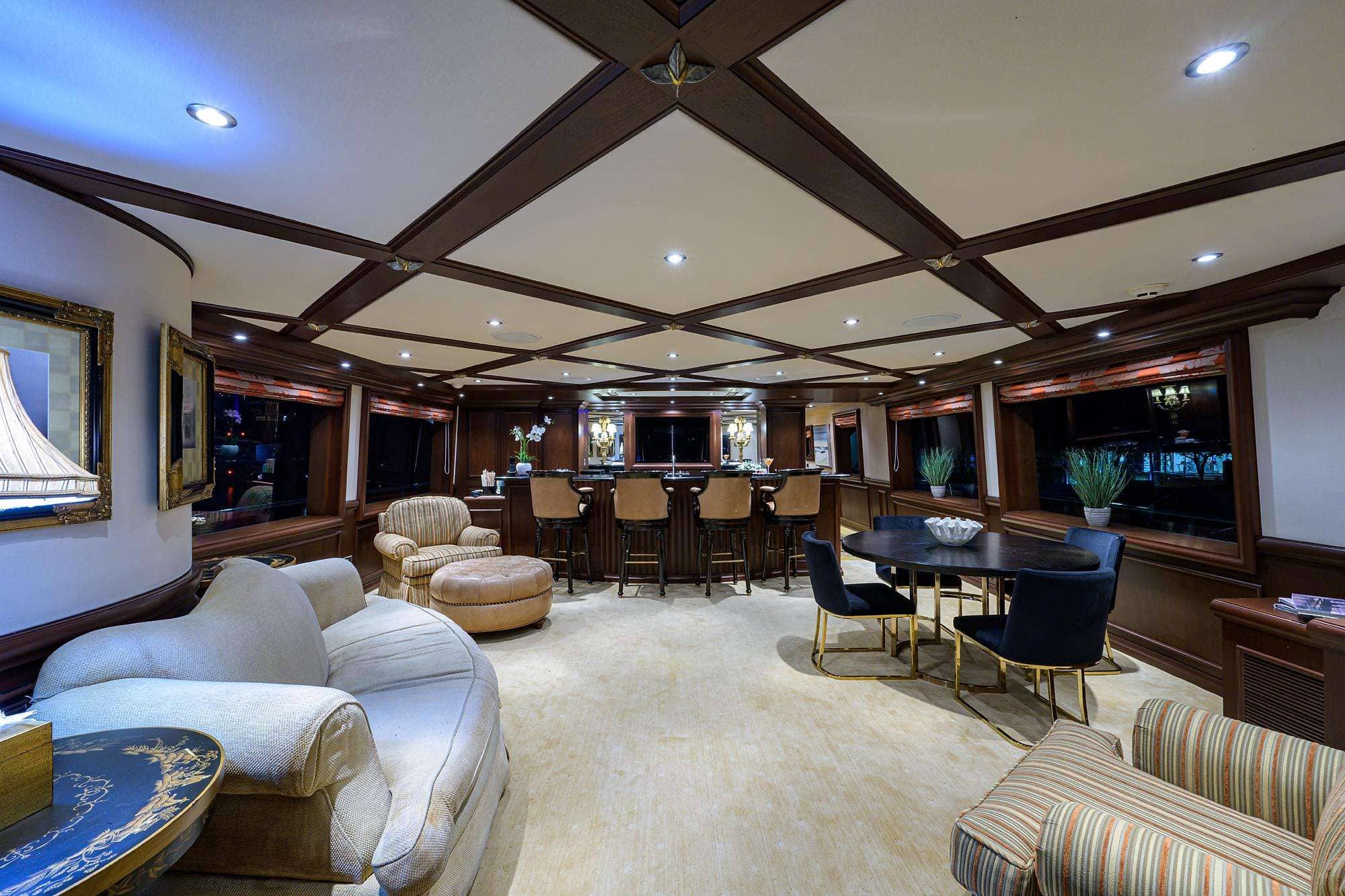 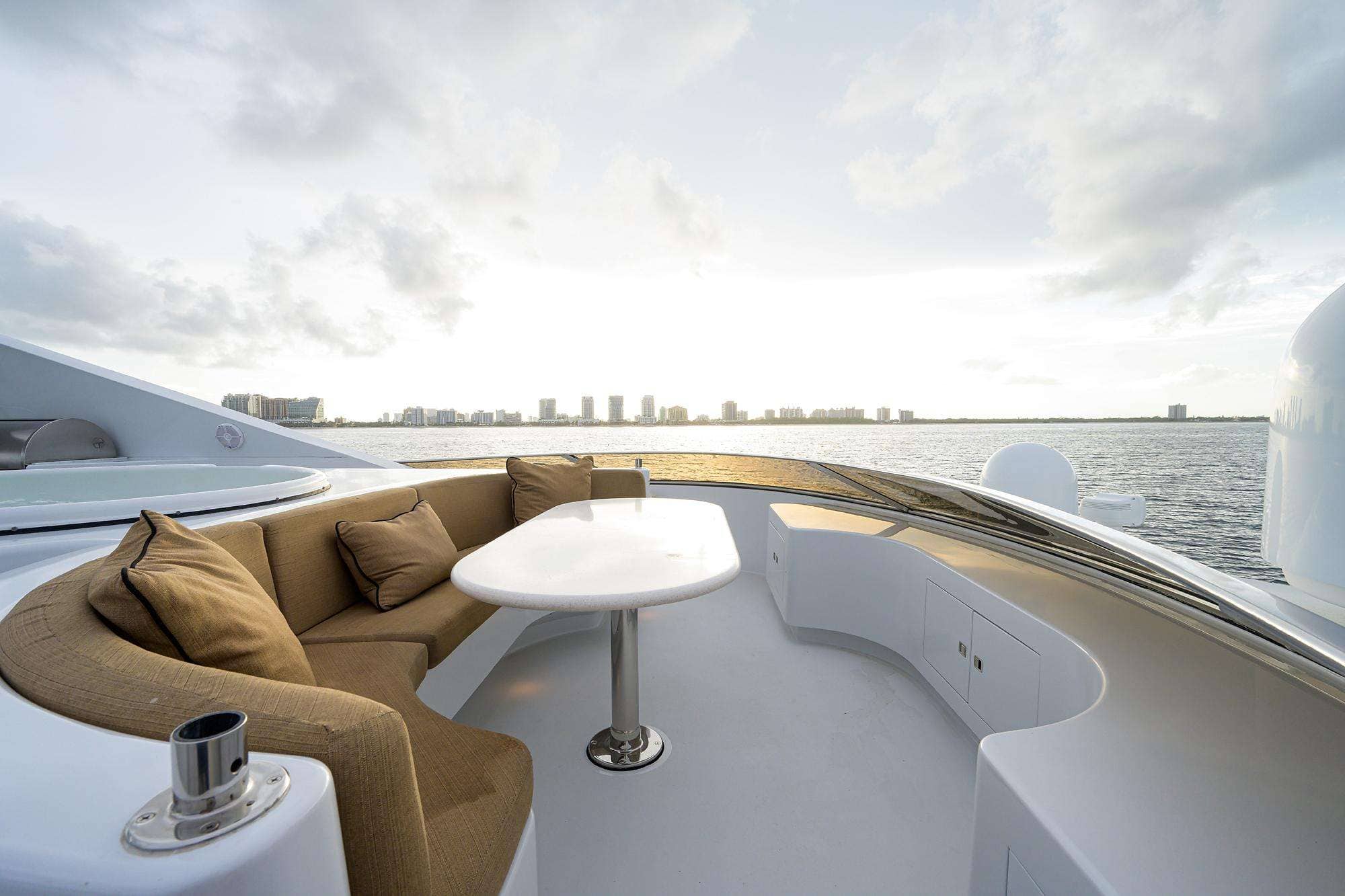 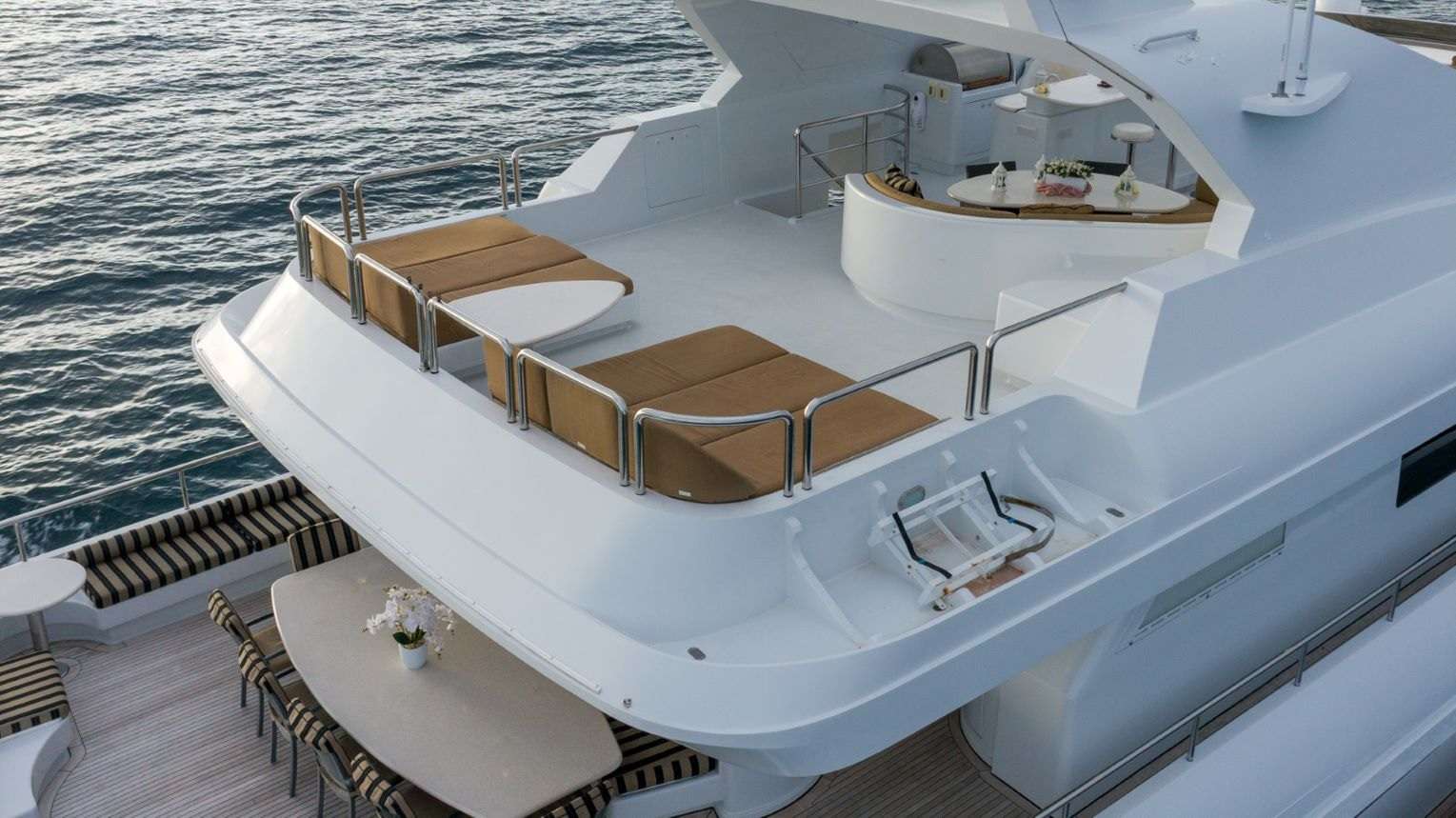 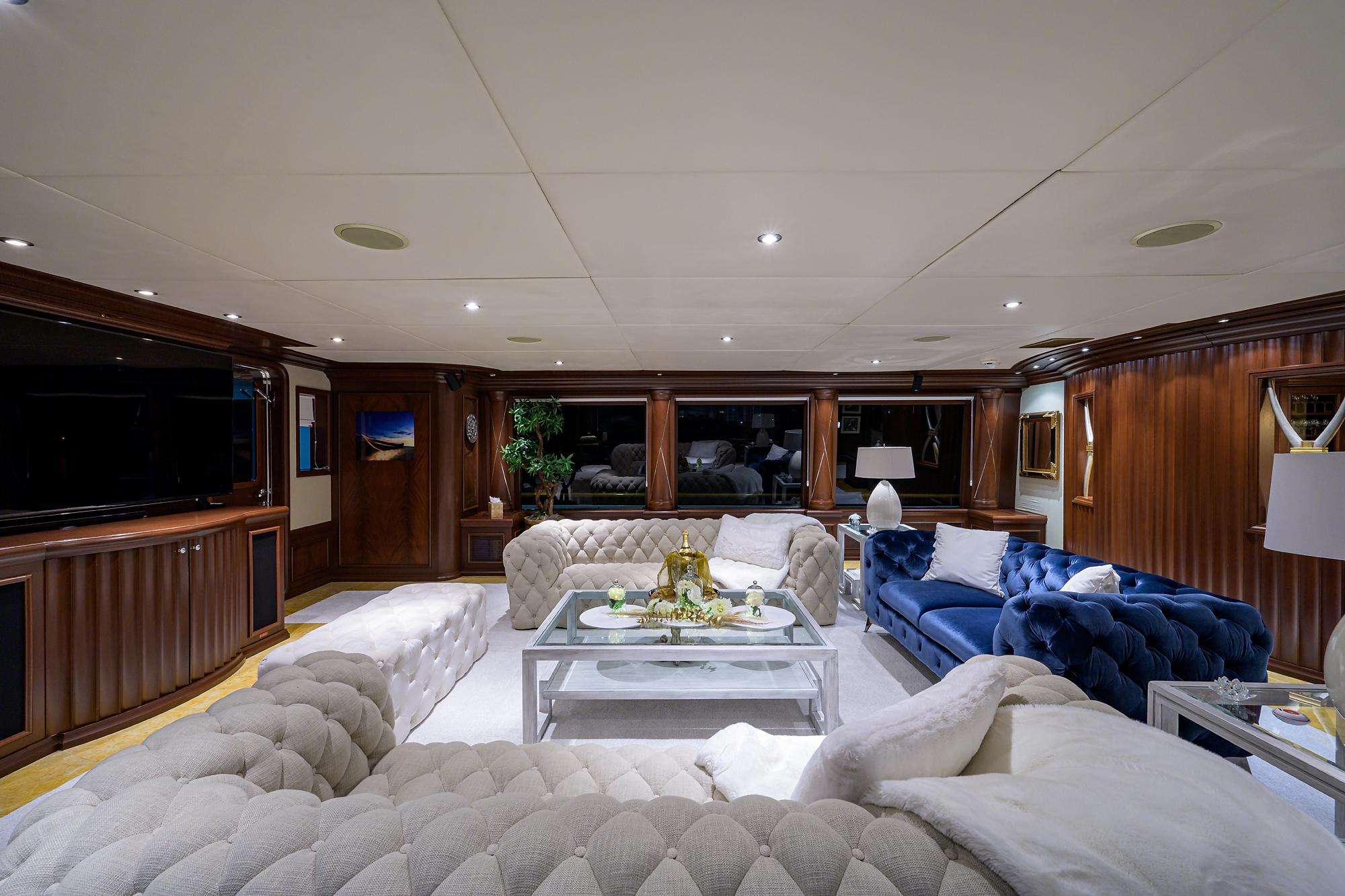 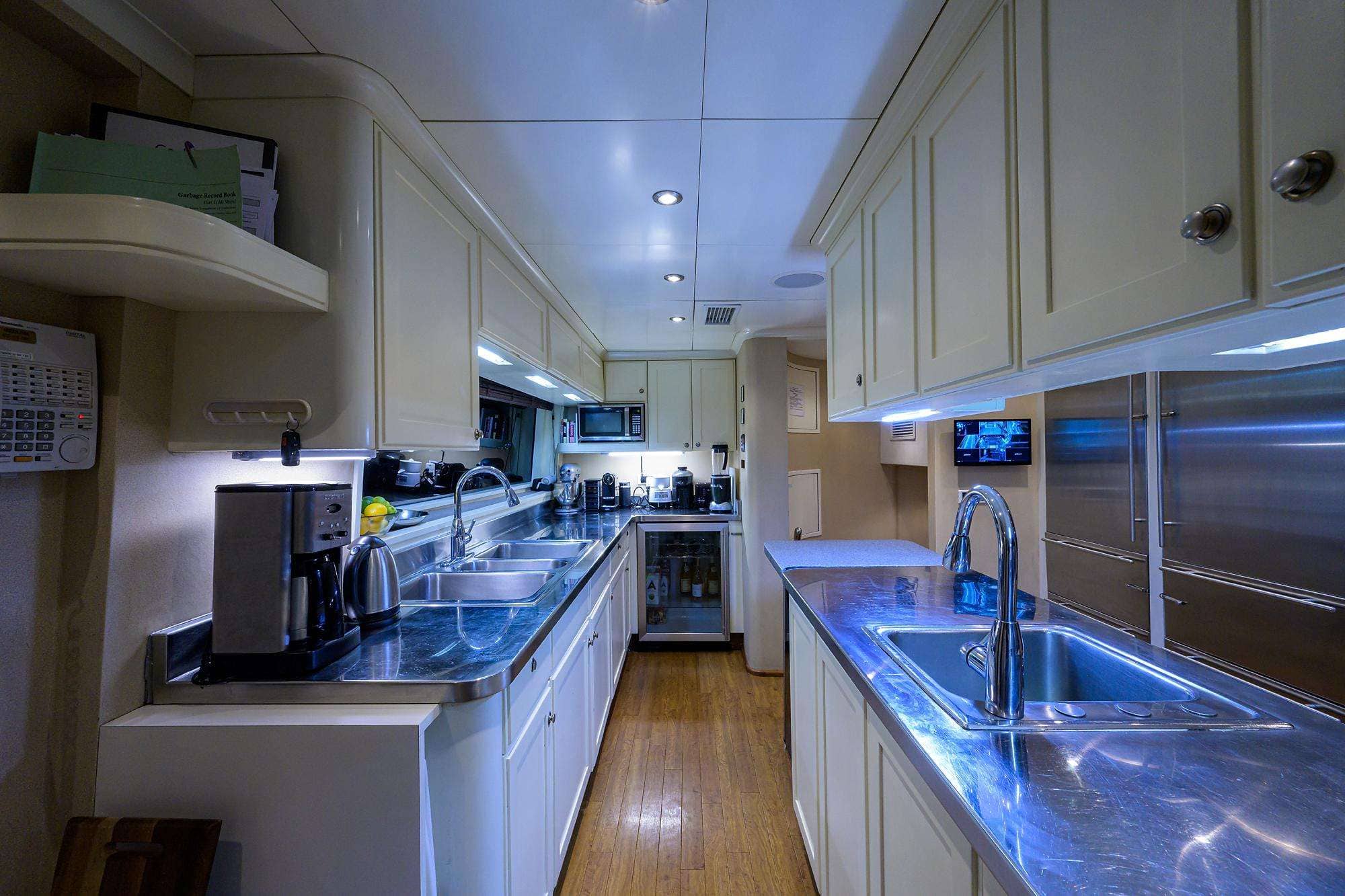 Click Here to Exit
Captain - Michael Murphy
Captain Murphy is a true water man. He and his family always lived on the water. When he was 11 years old his parents bought a house in Key Largo Florida and that is when the salt water got into his blood. Fishing and diving in the Keys laid the path for a life on the water. In 1990 Capt Murph started as a deckhand for Clipper Cruise Line. For 11 years following Capt Murph learned the nuances of small ship hospitality, guest services, and some very exclusive cruising areas. After getting his Captains license in 1994, he earned his way up to Captain of the small ship cruise line of American Canadian Caribbean Cruise line. In the late 90’s he started working seasonally on yachts, and then in 2005 became full time in the yachting industry as the Captain on the 120’ Christiansen “Kakela”. Today as a seasoned Captain “Murph” leads a team of professionals and provides an enjoyable cruising experience creating memories of a lifetime.

Chef – Dario Suarez Plua
Chef Dario Ricardo Suarez Plua was born and raised in Guayaquil, Ecuador. He entered the boating world in 2008, at the age of 29. Beforehand, he had worked in luxury hotels and restaurants, deciding to make the switch to cruise ships completely out of curiosity. Dario sailed the Enchanted Islands on the Galapagos Explorer Cruise, then worked as Executive Chef for Silversea Cruises and Celebrity Cruises for a total of nine years. Throughout his journeys, Dario has traveled to the Galapagos Islands, Margarita Island, Peru, San Andres, Chile Southern Cone, Flank Islands, Panama, Spain, Canada, and Miami. Other than the obvious—cooking—his hobbies include reading and writing about his life. He especially loves to cook for his children. When asked about his treatment of onboard guests, Dario revealed that for him, the guests are like “a group of friends” for whom he loves to cook, and “with great respect” he likes to “please their culinary tastes”. Since he is originally from Ecuador, Spanish is his first language, and he also speaks English. As a result of his experiences as a chef in the boating industry, he shared that he has fallen “in love with the sea”.

1st Officer- Joel Corbeira Gutierrez
Joel is from Mexico. He started his career on commercial and dive vessels. He worked up to being captain on 106’ yacht in Turkey. His travels include Turkey, Greece, Italy, France and the Bahamas. He enjoys sports, movies and spending time with his family and friends. Joel always gives his best to make guest feel happy onboard. He treats guest with respect and has an excellent attitude. Joel looks forward to assisting the guest in whatever they request in order to give an incredible experience onboard!

Deckhand – Eduardo Velasco Tadeo
Eduardo is from Mexico. The sea has always been his passion. Part of his family is dedicated to work at sea. He started in the industry with fishing and dive boats. Since then, Eduardo has worked on numerous boats and has travel to Mexico, Honduras and the Bahamas. Eduardo always has a big smile and treats guest with respect. Every day he stives to improve his skills to give guest the best experience on board Fortitude!

Engineer – Christopher Flippen
Christopher Flippen is from Puerto Vallarta, Mexico. He joined the boating industry in December 2016, when he had to look for new job opportunities due to the recession in the offshore industry in July 2016. One of the opportunities he was offered was on yachts in Puerto Vallarta. Other than working on offshore vessels for 14 years, he has also worked on a 98' Princess yacht , a 120' Intermarine, and a 145’ Cheoy Lee. He has traveled up and down the west coast of Mexico and the east coast of the US, as well as all over the Caribbean. In Mexico, he has been to Cancun, Cozumel, Holbox, Acapulco, Ixtapa, Puerto Vallarta, Los Cabos, La Paz, and the Sea of Cortez. On the east coast of the US, he has visited Miami, Fort Lauderdale, Charleston, Savannah, Atlantic City, Port Jefferson, and New York. In the Caribbean, he has traveled to the Bahamas, Turks and Caicos, Puerto Rico, and the US Virgin Islands. His hobbies are walking, fishing, and listening to music. He treats guests with kindness and respect. With his experience, knowledge, and passion in his work, he always attempts to do his best to “make each guest's experience on board the yacht comfortable and satisfying in every way imaginable.” Hailing from Mexico, he is fluent in Spanish

Chief Stewardess - Alexandra Del Pozo Carreno
Chief Stewardess Alexandra Mariuxi Del Pozo Carreño was born and raised in Guayaquil, Ecuador. Her first language is Spanish, but she is also fluent in English. She started in the boating industry in 2011, working as a cruise manager in the Galapagos Islands for over six years. She transitioned to the yachting industry when a company came to Galapagos to recruit personnel to work onboard a yacht. In addition to the cruise ships in the Galapagos Islands, Alexandra also worked as chief stewardess on many private and charter boats. During her career, she has had the chance to travel to the Galapagos Islands, the Bahamas, Costa Rica, Cancun, La Paz, Turks and Caicos, and Dominican Republic, among other locations. Alexandra likes to spend time with friends and especially loves to enjoy vacation time with family. She also really appreciates a day off on the beach. On the topic of treatment of guests, she shares that “the most important thing for me is to always treat them professionally and respectfully, making their stay on board one of the most pleasant and unique experiences they ever had, without losing the touch of personal charisma that I give to each one of them.”

Stewardess - Kayleigh White
Kayleigh has been working abroad in the yachting industry for almost 2 years, from the busy life of Johannesburg, South Africa where prior to her yachting career she was training to be a Paramedic. Having decided to take the leap to work abroad, her love for caring about people led her to the Stewardess life. She has worked on the East Coast of the USA as well as chartered in The Bahamas. Kayleigh has experience in child care, especially with babies and toddlers which makes her a great asset on board especially when we have young guests. Her passion is to help people and this always creates an atmosphere of happiness and care. In Kayleigh's spare time she enjoys spending time with animals and her friends. She always volunteered at animal shelters back in South Africa. Kayleigh always makes sure to welcome new faces aboard with a smile and a helping hand.

Stewardess - Josefina Delveau Eguiluz
Josefina Delaveau Eguiluz was born in Santiago, Chile and raised in Viña Del Mar. Her first language is Spanish, but she also speaks English fluently. She started working in the boating industry in 2021 as a sole stew in the Bahamas, but has been sailing and generally around boats since she was eight, with her father in the south of Chile. She has worked on private yachts in Miami, Europe, and the Bahamas. She has also worked on charters in Europe and Saint Marteen as a Deck/Stew, 3rd Stew, and 2nd Stew. She has traveled to the Bahamas, Saint Marteen, Italy, Spain, and France during her career. On her free time, Josefina likes to compose songs, play guitar, do CrossFit, ride her bike, run, and spend time with friends. Onboard, she likes to make guests feel comfortable, highlighting that she does this “always with respect and professionalism.”