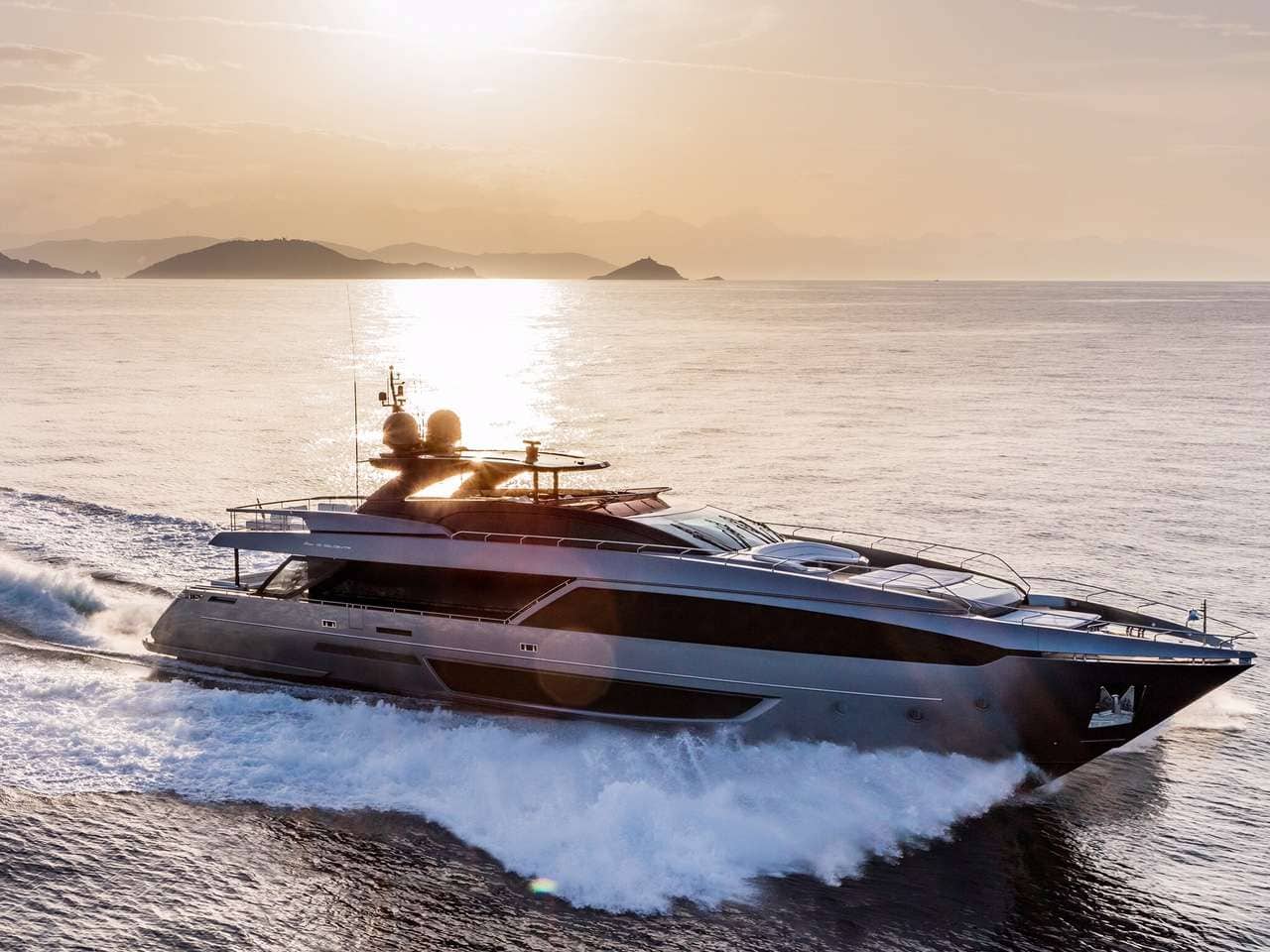 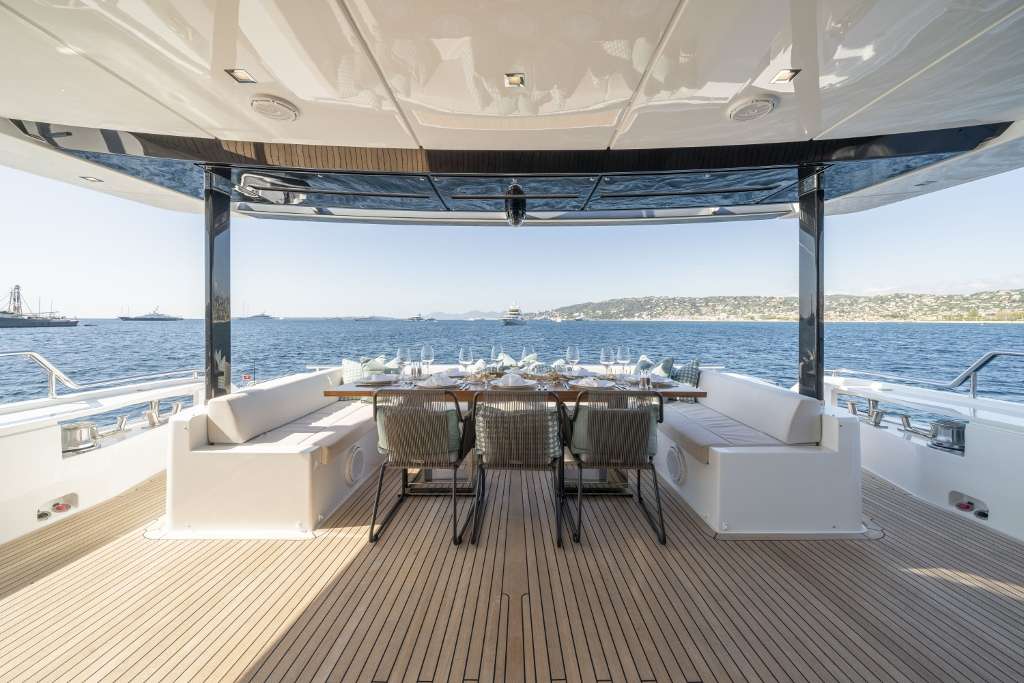 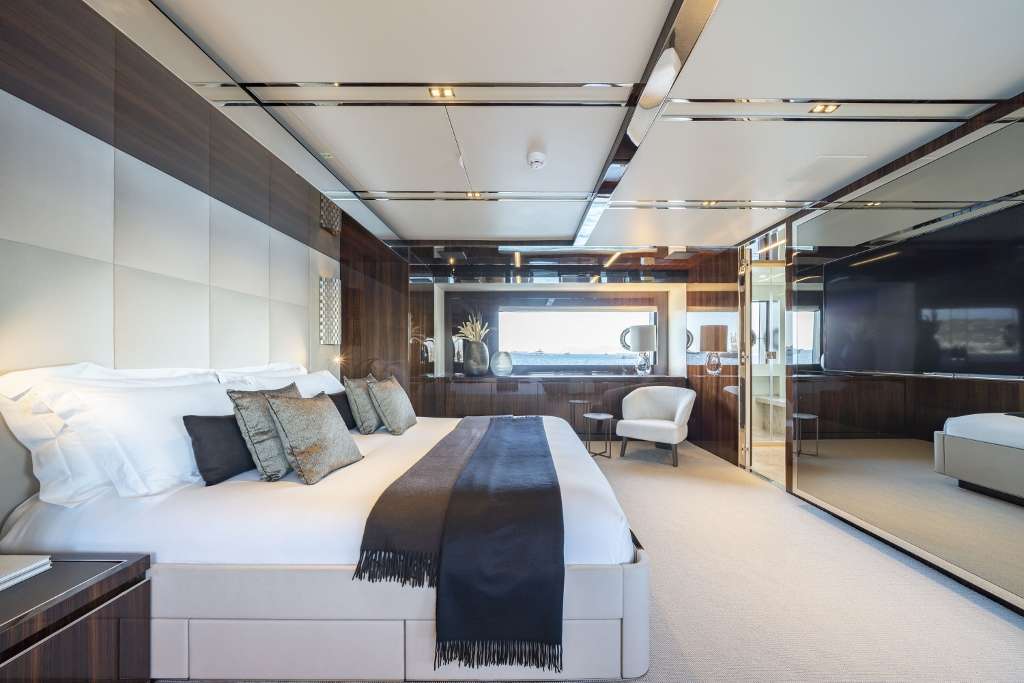 Click Here to Exit
CAPTAIN: Chris Hobart - British
Joined Autumn 2019
Chris joined the yachting industry in 2001 and has steadily worked his way up through the ranks from mate and engineer on a variety of distinguished charter yachts including 4 years as Captain on board M/Y Equilibrium (30m Mangusta).
Most recently Chris has spent the past 5 years on the very successful charter yacht M/Y PLAY THE GAME (28m Sunseeker) based out of Ibiza, Chris built up an excellent charter reputation for the yacht with his “can-do” team resulting in a large number of repeat clients. Chris has extensive cruising knowledge of both the Mediterranean especially the Balearics, US and Caribbean.
Throughout his career Chris has always shared close working relationships with his peers and previous crew members which has enabled him to learn about all aspects of the workings of a yacht and to acquire a well-rounded understanding of what is required for each department to run smoothly.
“ELYSIUM I” is very privileged to have such an accomplished Captain like Chris on board. He is a highly driven, hardworking and safety conscious person who is held in high esteem by his crew and highly thought of by his guests. Excellent standards of service and comfort are of the highest priority to Chris and all guests can expect to be welcomed with a huge smile!
Languages: English, French and a good knowledge of Spanish.

CHEF: Jose Coley - British
Joined Winter 2020
Jose was born in Palma de Mallorca in Spain and lived there until he was twenty years old. He attended an international school where he learnt Spanish and German. He has always had a passion for hospitality and cooking. Growing up near the sea he was lucky enough to spend time swimming, fishing, boating and any other kind of water activities.
Jose worked at Villa Chenoiserie, St. Tropez where he created tailor made menus. It was his duty to provide a full breakfast each morning and design menus based on special occasions and themed evenings including Spanish, Indian and Japanese.
During the winters from 2011 to 2014 Jose worked at Le Chardon Mountain Lodges in Val d’Isere – a luxury five-star chalet company and winner of the 2012 World Travel Awards.
Jose is creative when designing his dishes – using different flavours, textures and colours to create unique and imaginative dishes with exceptional presentation. His versatility means that he is able to adapt dishes in accordance to guest preference or dietary requirement, whether that be vegetarian, Keto or Kosher.
After experiencing 6 successful seasons onboard M/Y Play the Game with Captain Chris, Jose literally cannot wait to showcase his expertise this season on board Elysium I.
Jose has a keen interest in sports - both watching and playing and he is also an advanced snowboarder.
Languages: English, Spanish, German
Previous Yachts: M/Y Play the Game

STEWARDESS: Jane Coley - British
Joined Winter 2020
Jane re-joins Captain Chris following 5 successful seasons on board MY Play the Game.
Bitten by the travel bug following several years work at Going Places, Grosvenor Travel Agents and Althams Travel Agents, Jane gained a diploma in Leisure & Tourism, and indulged her love of travel.
Making the move from the UK to St. Tropez she worked as villa Manager at Le Chenoiserie for a summer season before joining Le Chardon in Val d’Isere initially in the role of host before being promoted to manager.
Jane clearly enjoys travelling and experiencing different cultures and ways of life as well as reading, theatre and fitness, charity work & boating.
Languages: English
Previous Yachts: M/Y Play the Game

FIRST MATE: Amador Nunez Martinez – Spanish
Joined Spring 2021
Amador has spent some considerable time in and around the Balearics as Captain onboard smaller charter yachts and prior to that worked ashore in sales and management for a yachting company.
Describing himself as hard working with a positive attitude and excellent multi-tasking abilities- Amador holds the perfect combination for this power-house crew on board M/Y Elysium
Previous Yachts: M/Y Exceso
Languages: English, Spanish, Catalan

CHIEF ENGINEER: Craig Ross - South African
Joined Summer 2020
Craig chose yachting as his career in 2006 and being an old friend of Captain Chris when the opportunity arose, he joined the crew of Elysium I in a heartbeat!
Craig is certainly a multi-task kind of guy and recently “stepped up his game” by completing the Y3 Certification and bagging him the position of chief engineer onboard. Craig assures us that all systems are greased and oiled for a super successful summer season 2021!
Meanwhile, land or sea-based sport activities occupy Craigs spare time.
Languages: English
Previous Yachts: M/Y Elizaveta (42m), M/Y Diane (43m)