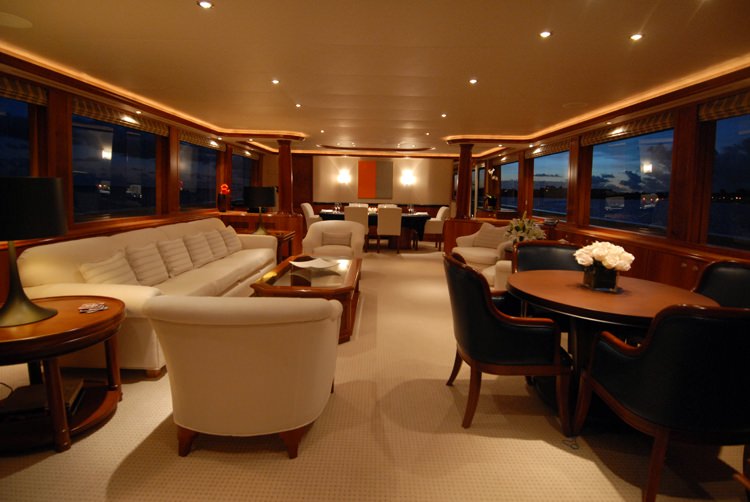 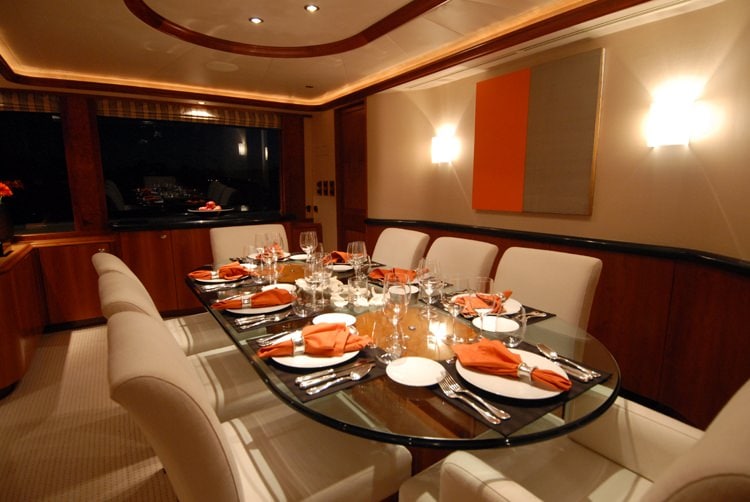 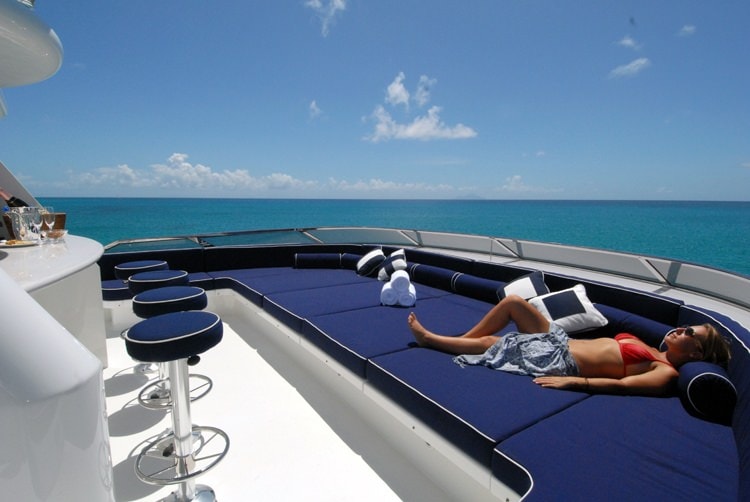 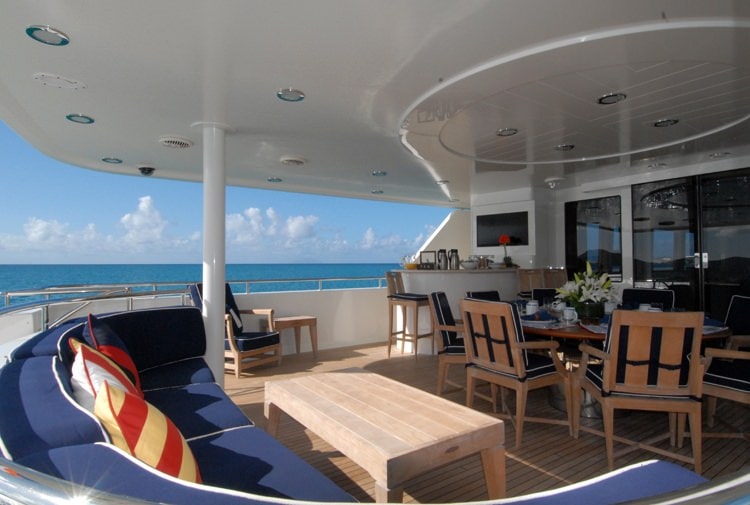 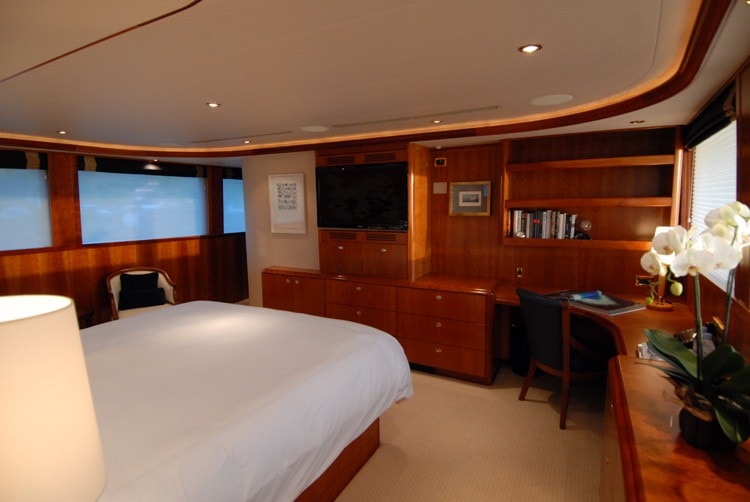 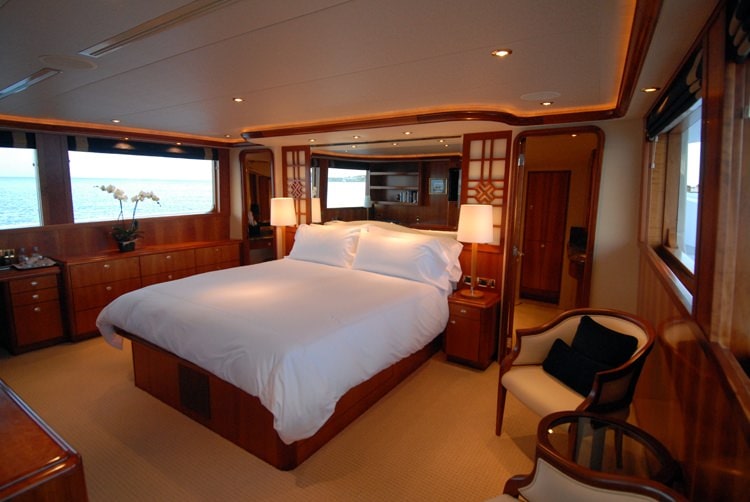 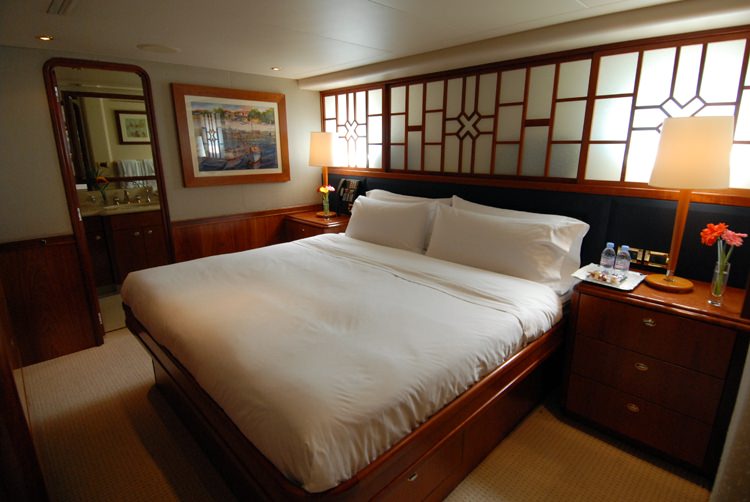 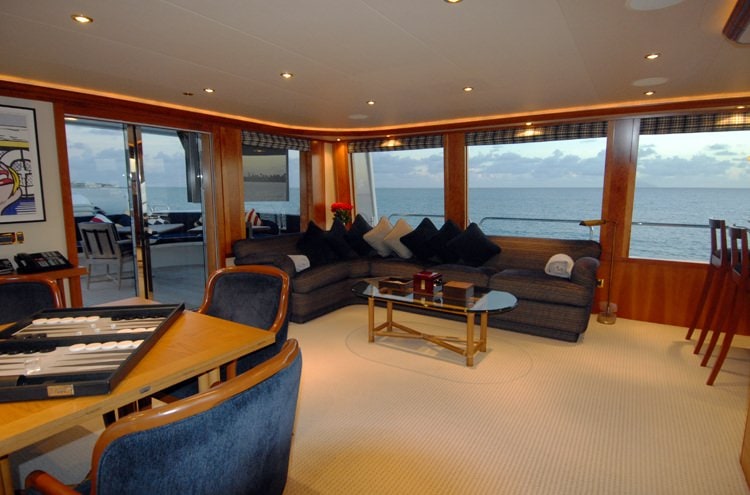 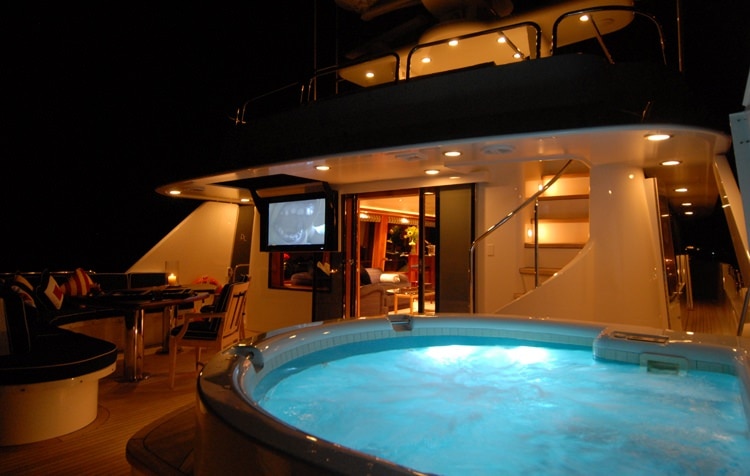 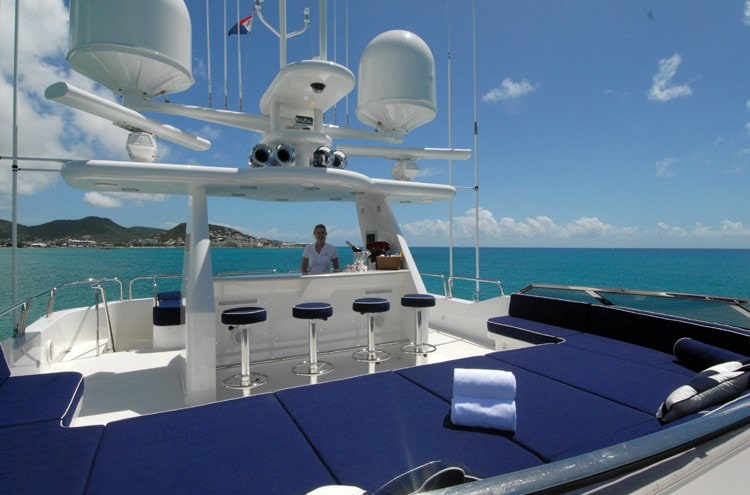 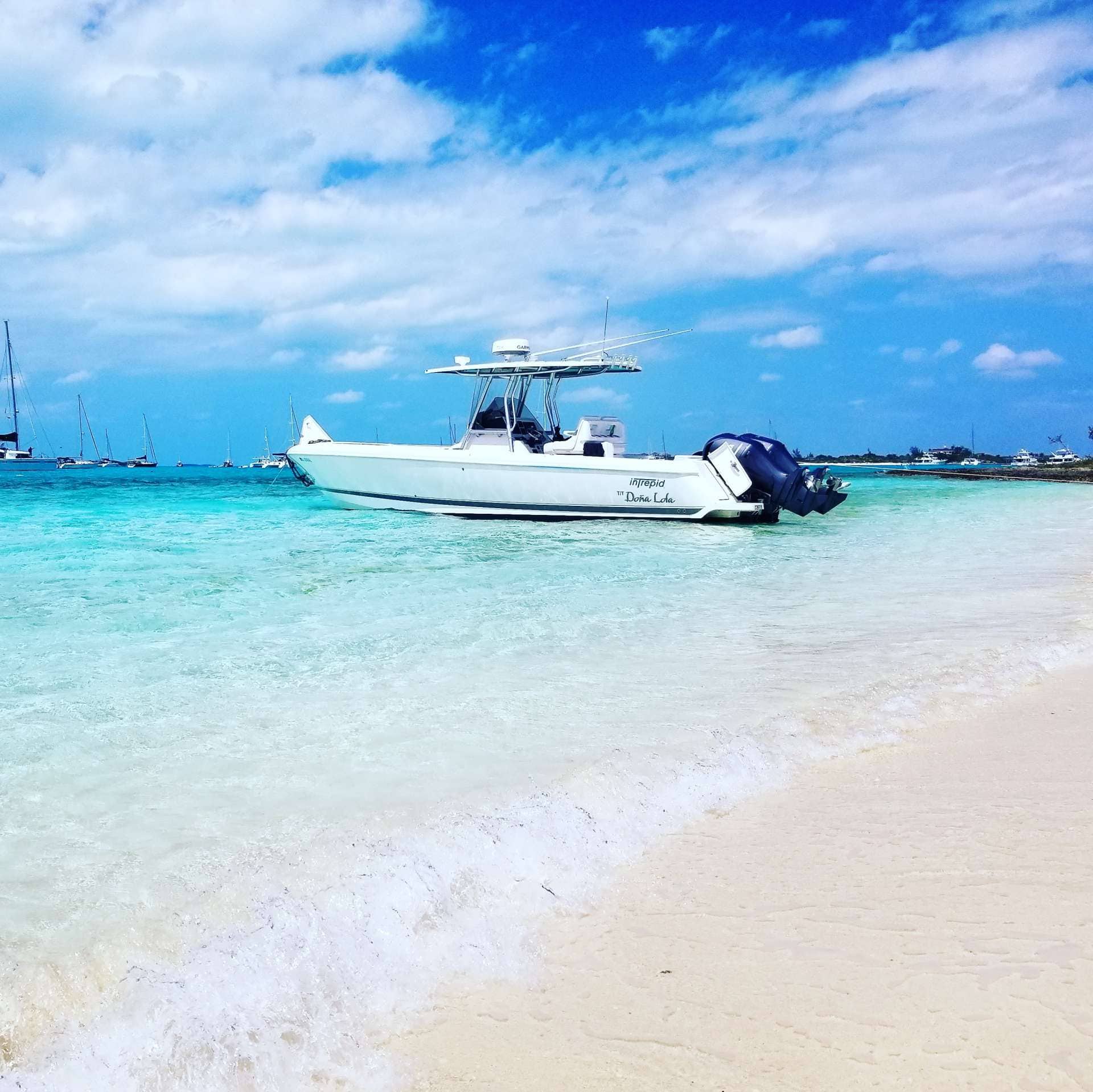 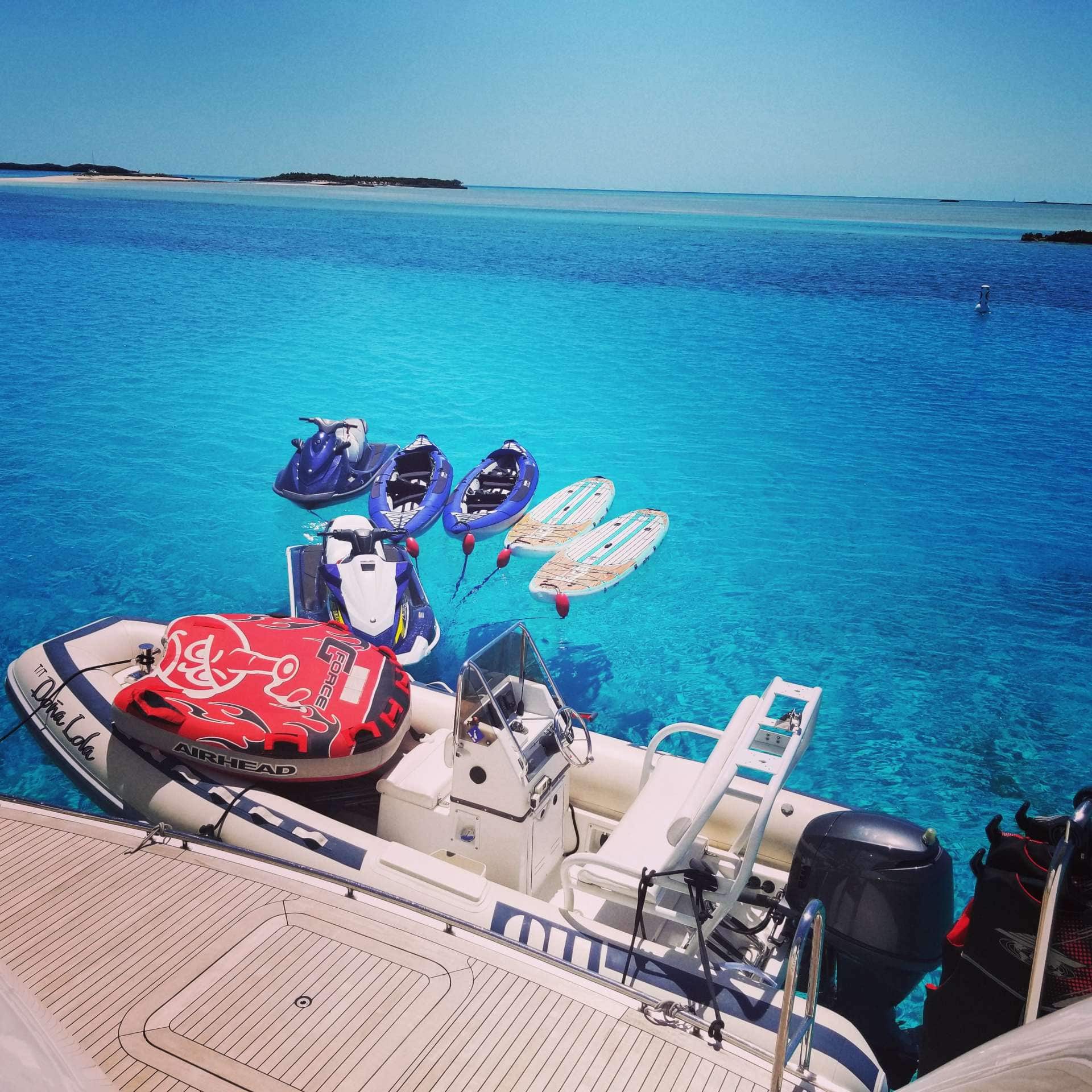 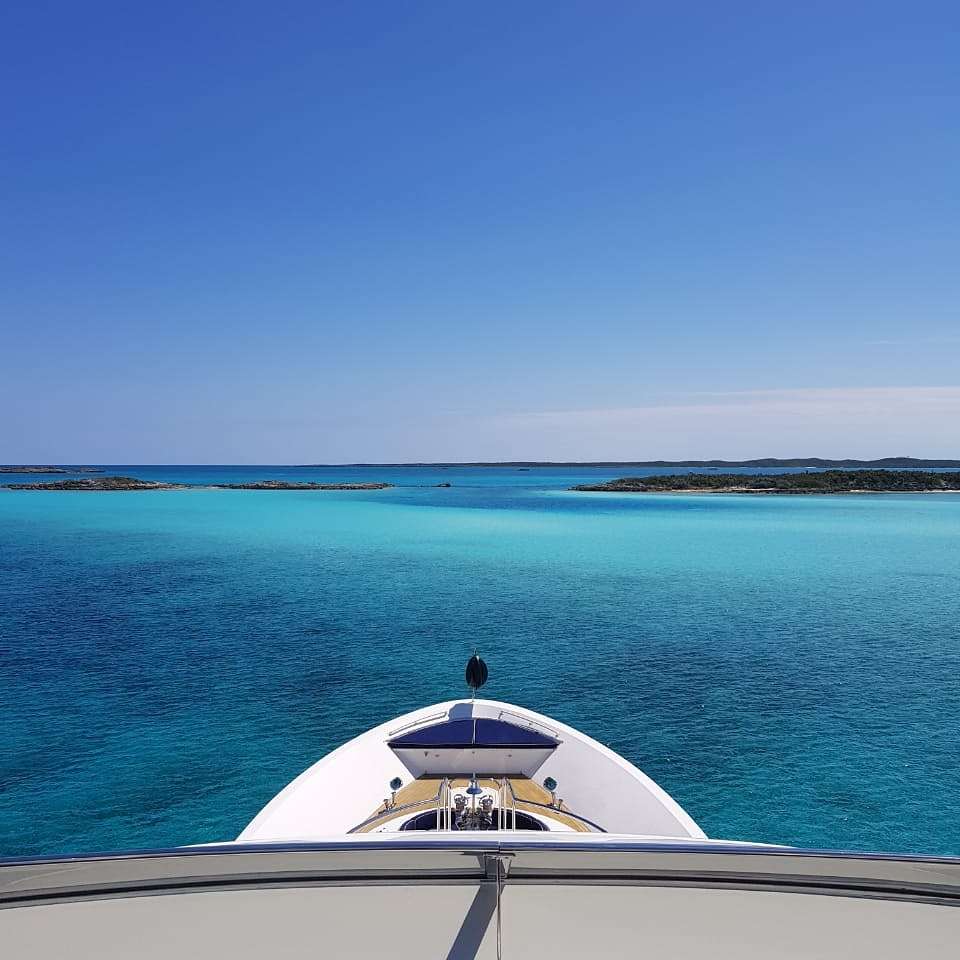 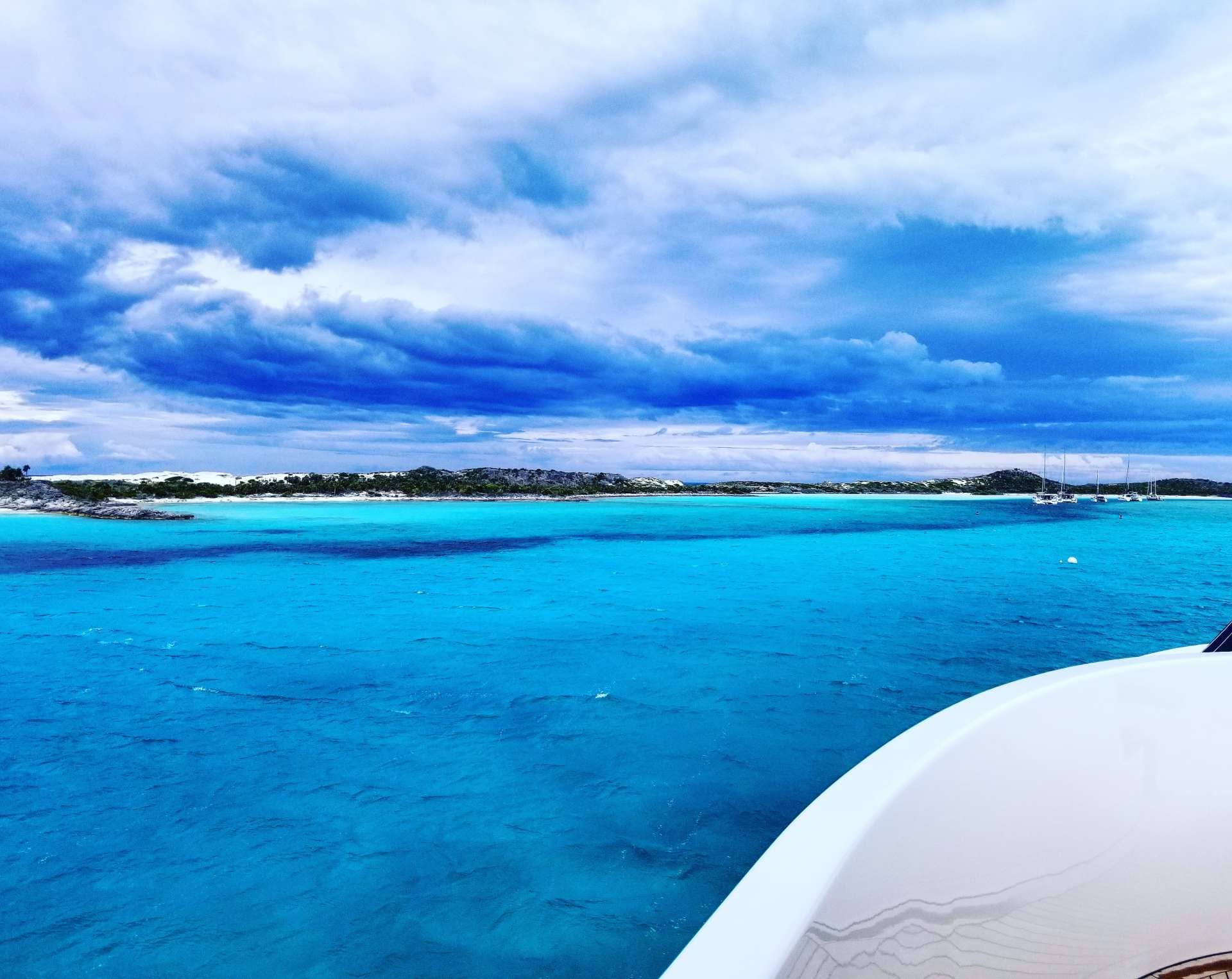 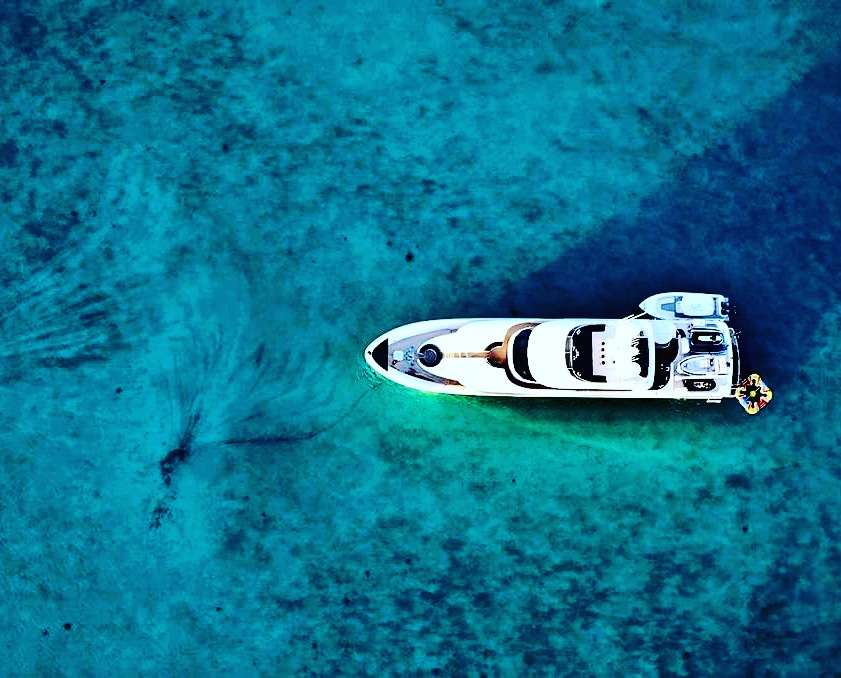 Click Here to Exit
Captain Guy Seymour:
Guy was raised on a farm in South Africa outside of Durban. Growing up, any chance Guy and his family had, they would make trips to their cottage on the rugged, yet majestic Wild Coast. After graduating from University, Guy was a successful Account and Sales Manager but, craved adventure and travel. He joined the yachting industry in 2011 and has since proved to be a great asset. Early on, Guy was determined to become a Captain and has worked hard the last 10 years achieving that goal. He has travelled many of the world’s waters during this time including the Mediterranean, Caribbean, Bahamas, Alaska and New England. Guy warmly welcomes you on board Doña Lola and is looking forward to ensuring your time is spent safely and enjoyably. Please ask him for anything you may require.

First Mate Stephen Fleming
Stephen, also known as Steve, was born in a small country town of Camper Down in Australia. Steve was a farm boy by birth but, a sailor by passion. He gravitated towards sailing after school and took 2 years sailing around the world. During this adventure he quickly came to realize a career in sailing was possible. Steve has worked on a variety of yachts both motor and sail. One of his most recent jobs was working in Mexico onboard a Sea Shepard vessel protecting marine wildlife. Aside from sailing, Steve also enjoys the outdoors and traveling on his Triumph motorcycle. Steve would like to warmly welcome you on board Doña Lola and hopes you enjoy your time. Please feel free to ask him for any assistance you may require.

Chief Engineer Lance Howden
Lance grew up on a farm in South Africa. He spent a large portion of his childhood fishing or riding motorbikes with his elder brother and father.. After grade school, Lance studied Mechanical Engineering at the University of Stellenbosch in the Western Cape of South Africa. He graduated in 2015 with honors and immediately decided that he wanted to pursue a career on board super yachts.
Lance holds his Y4 and is a qualified Mechanical Engineer. He has various interests and hobbies including fishing, wakeboarding, motorbike riding, scuba diving and golf when he gets ashore.
Lance has worked on various yachts in the Bahamas, Caribbean and the Mediterranean and is now happy to welcome you onboard Motor Yacht Doña Lola. Feel free to ask him for a assistance at any time.

Chef John Ruben Valcarenghi
Ruben was born in a small town in the Alps of Italy. Growing up, Ruben’s mother dreamed of him being an accountant but, his passions led him into the heart of the kitchen. Ruben began his career as a chef working in restaurants and hotels in the Alps and spent 3 years working in the Danieli Hotel Venice. After 6 years of experience on land, Ruben got the opportunity to work on board World traveling cruise ships. He worked for over 8 years on circumnavigating ships, stopping everywhere from South America, Asia, South Africa and more. On board the ship, Ruben met a Turkish President who invited him to be a personal chef. He worked on both the yacht and his villa for 2 years. In 1999, craving he life at sea again, Ruben pursued a career as a yacht chef. When not working he enjoys spending time with his wife and three children in Lake Coma, Italy.
With his wealth of knowledge in all things food, be assured that every meal you have onboard will be memorable and tailored to your unique requirements.

Chief Stewardess Samantha Tester
Throughout Samantha’s life travel and adventure have been prevalent. She was born in Germany and grew up in North Carolina. Weekends and holidays were spent either hiking in the mountains or on the coast fishing, surfing and boating. After graduating high school in Charlotte, N.C., Samantha’s love for the sea brought her to the University of North Carolina at Wilmington where she graduated with her Bachelors in Business. Some of her hobbies include hiking, photography, and scuba diving. Samantha’s passion for people, travel and the desire to give the highest level of service will make your stay on Doña Lola an unforgettable one.

Second Stewardess Chelsea Keenan
Chelsea was raised in Central California. After grade school, she attended San Diego State University where she graduated with a Bachelors in Business Management. She always had a strong desire to travel and learn about other cultures which lead her to live in New Zealand for a year. She naturally gravitated towards yachting 2 years ago and has sailed throughout the East Coast of the USA, Caribbean and the Bahamas. In her spare time she enjoys the outdoors and reading. Chelsea hopes you enjoy your time onboard, please feel free to ask for any assistance you may require.

Deckhand Kari Morgan
Kari was born and raised in San Diego, California. She attended university at the University of Washington in Seattle, where she competed on the women’s rowing team and graduated with a bachelors degree in business. After working a couple years in marketing she decided to quit her office job and take off traveling. While living in Australia, she learned how to dive and became a scuba diving instructor while working on the Great Barrier Reef. She has also spent time backpacking through Southeast Asia, exploring Eastern Europe, and worked a season as a ski instructor in the Rocky Mountains. Kari has always had a deep love for the ocean and looks forward to sharing her enthusiasm for marine life and keen sense of adventure with you for an unforgettable stay onboard Doña Lola. 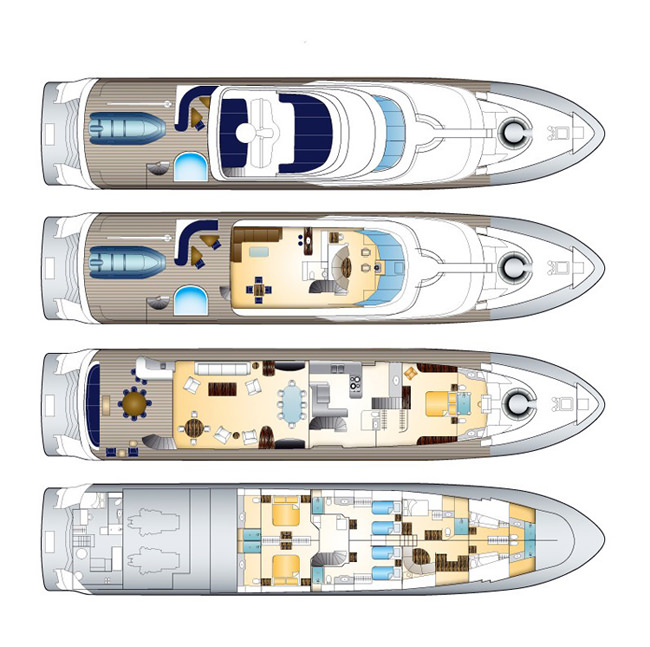