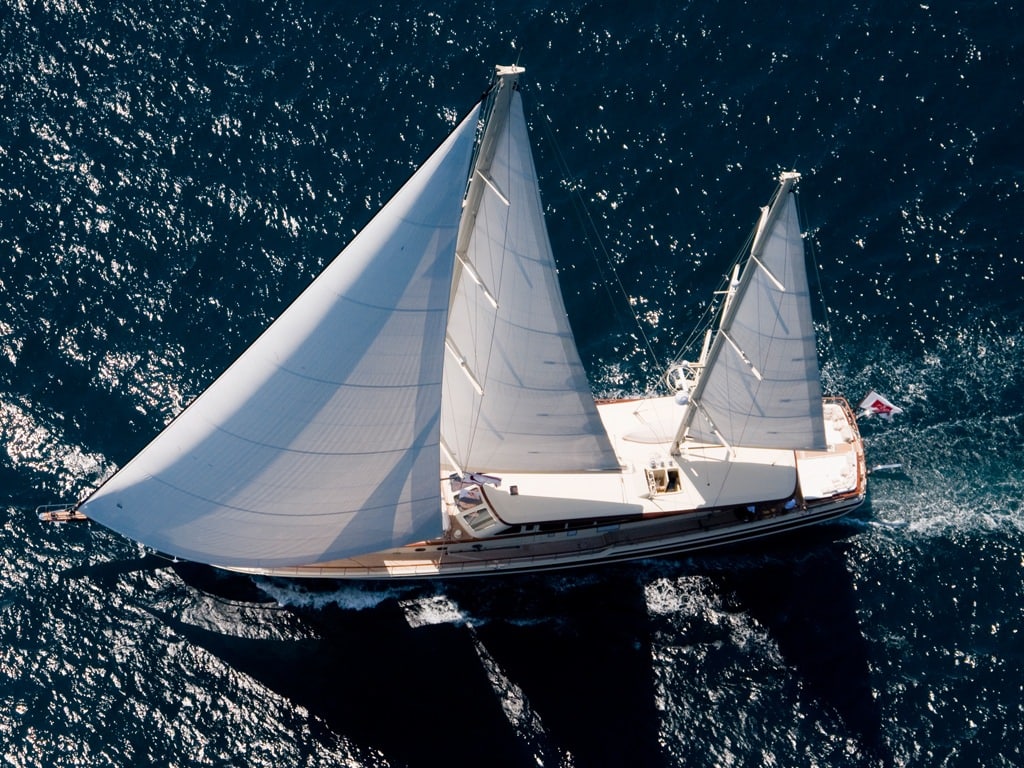 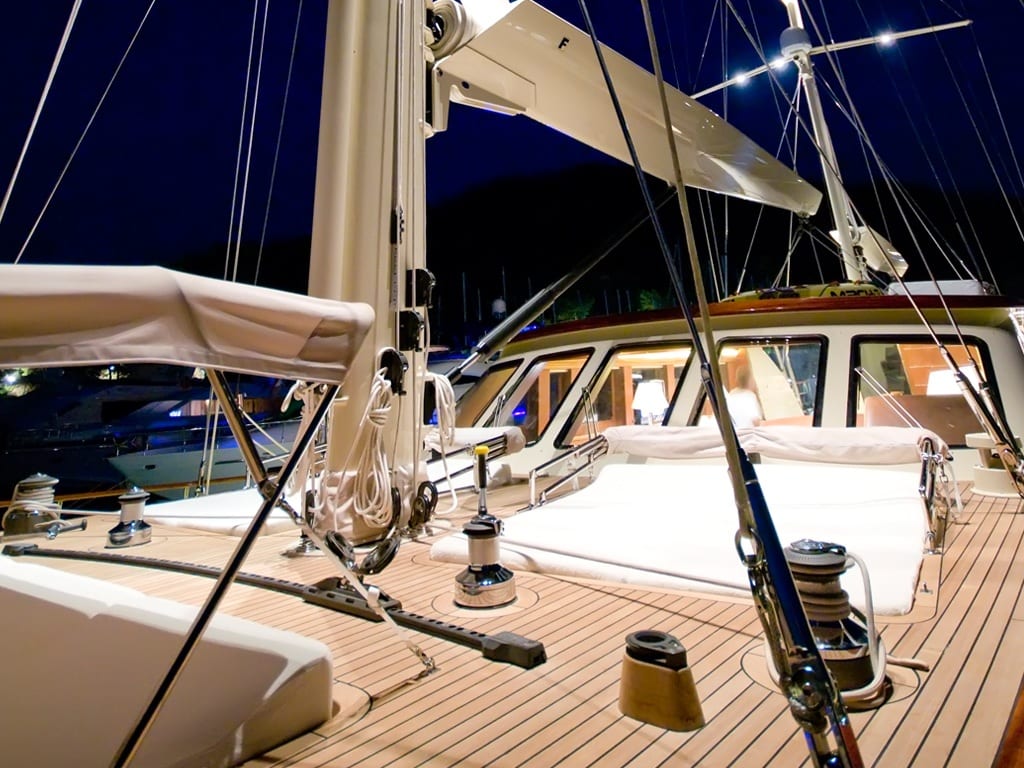 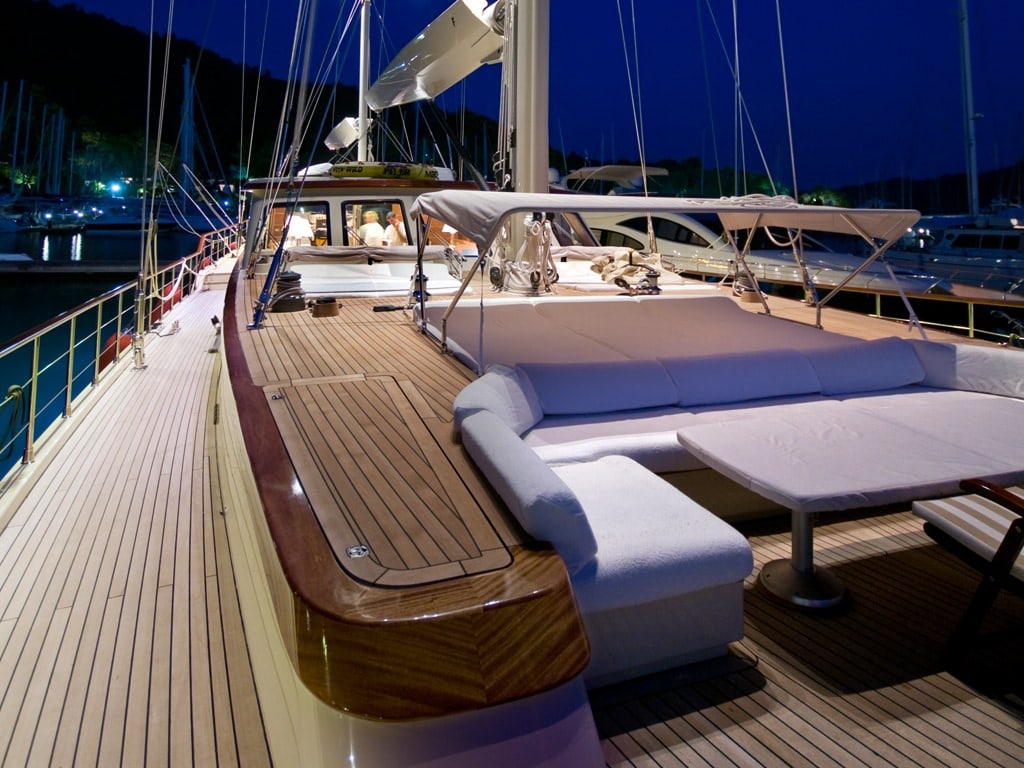 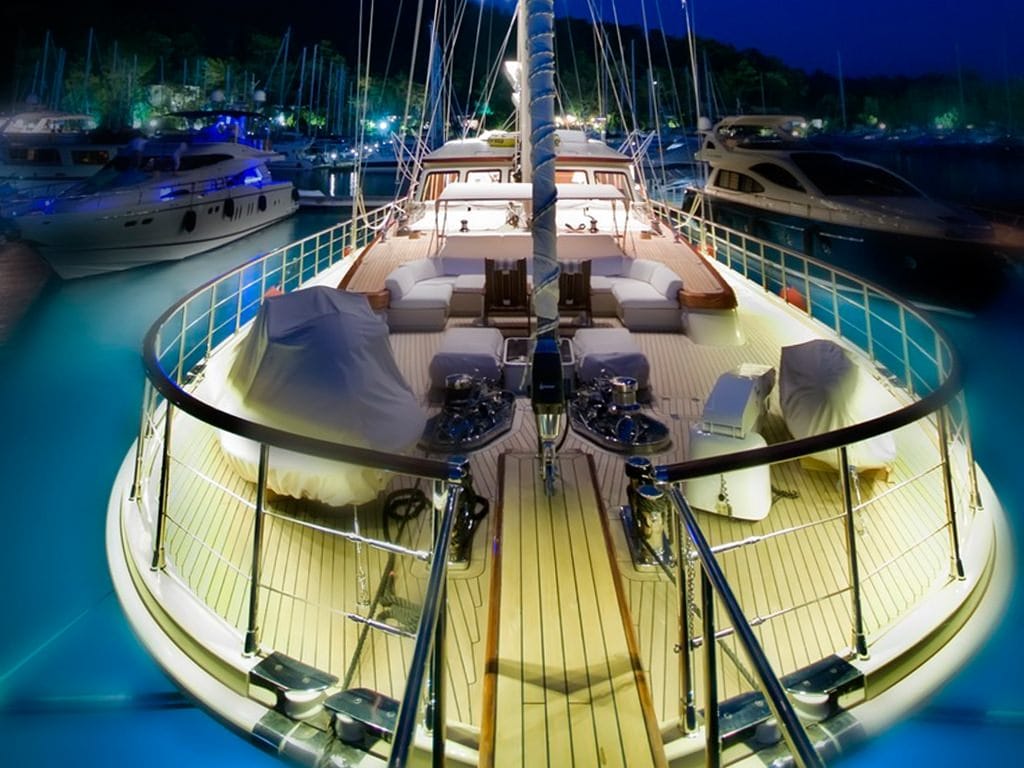 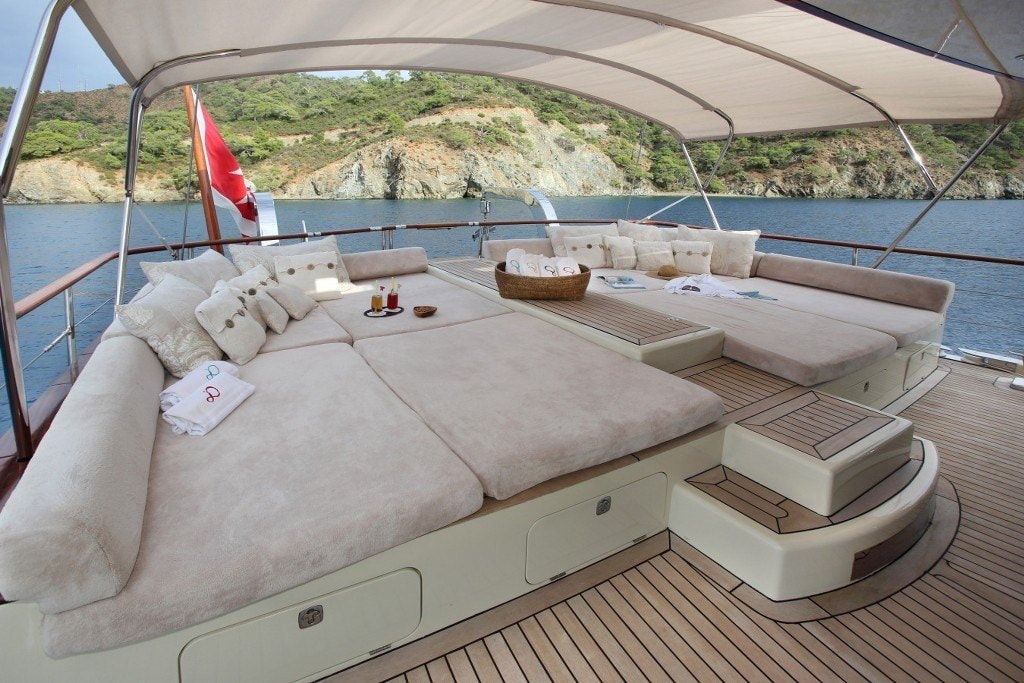 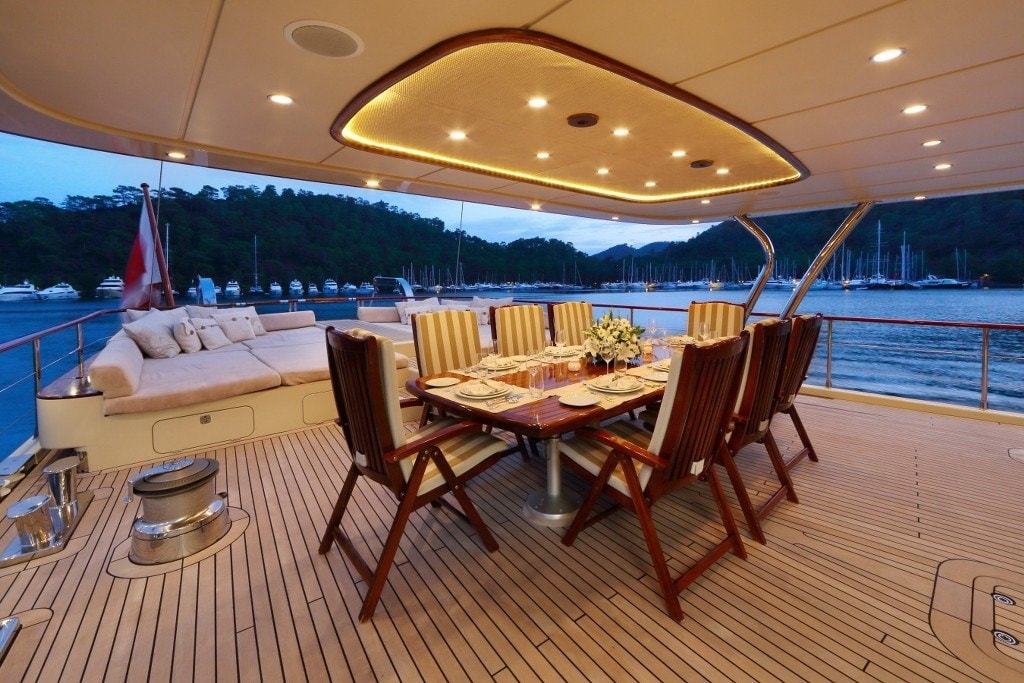 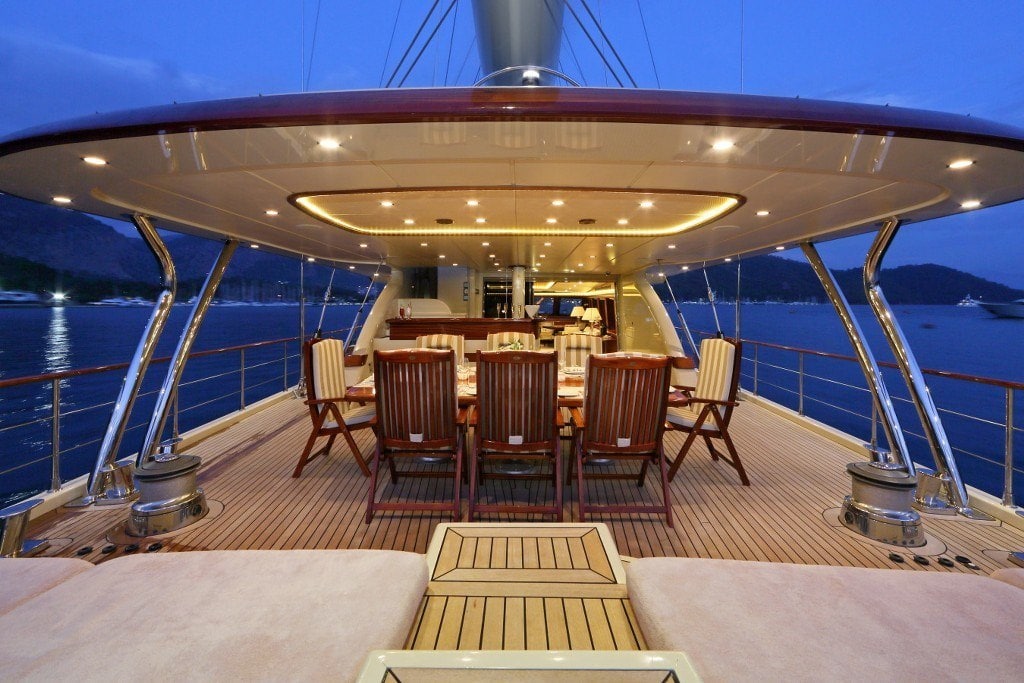 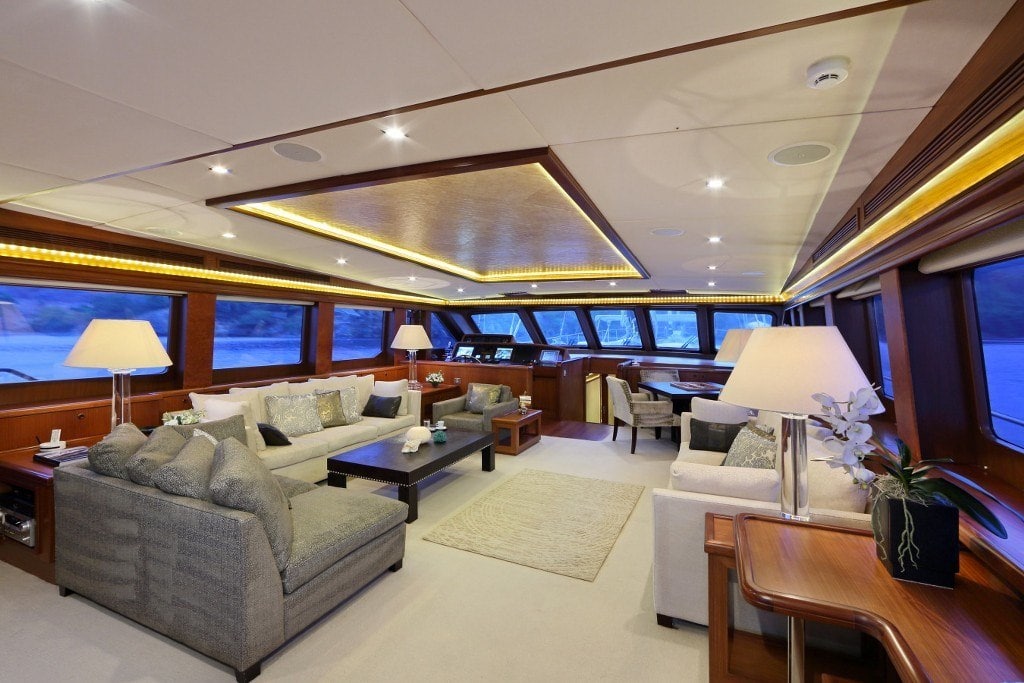 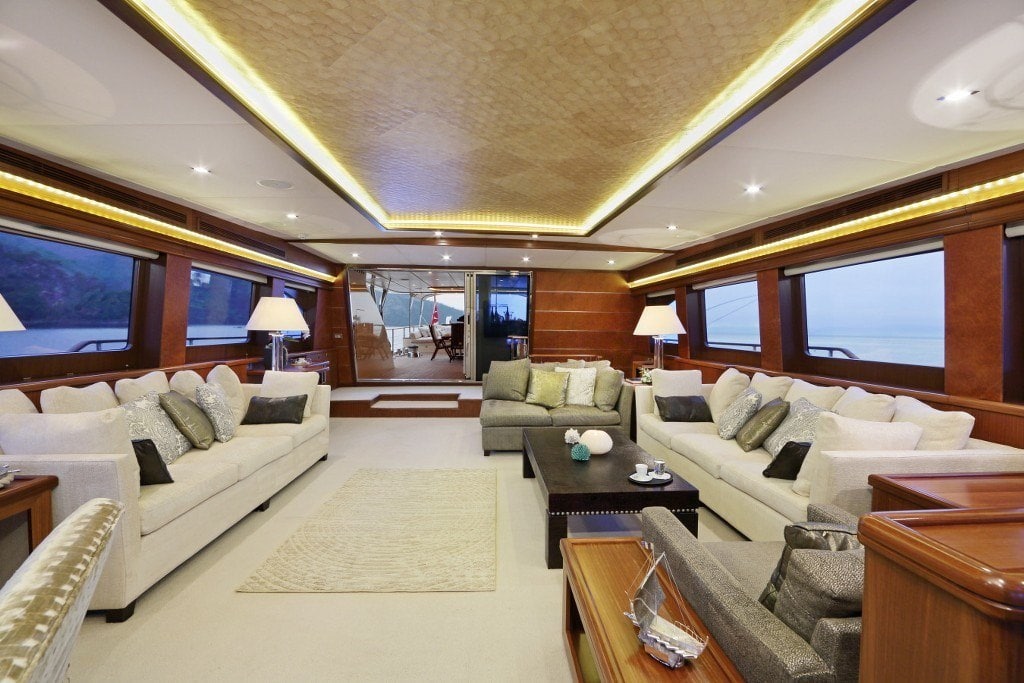 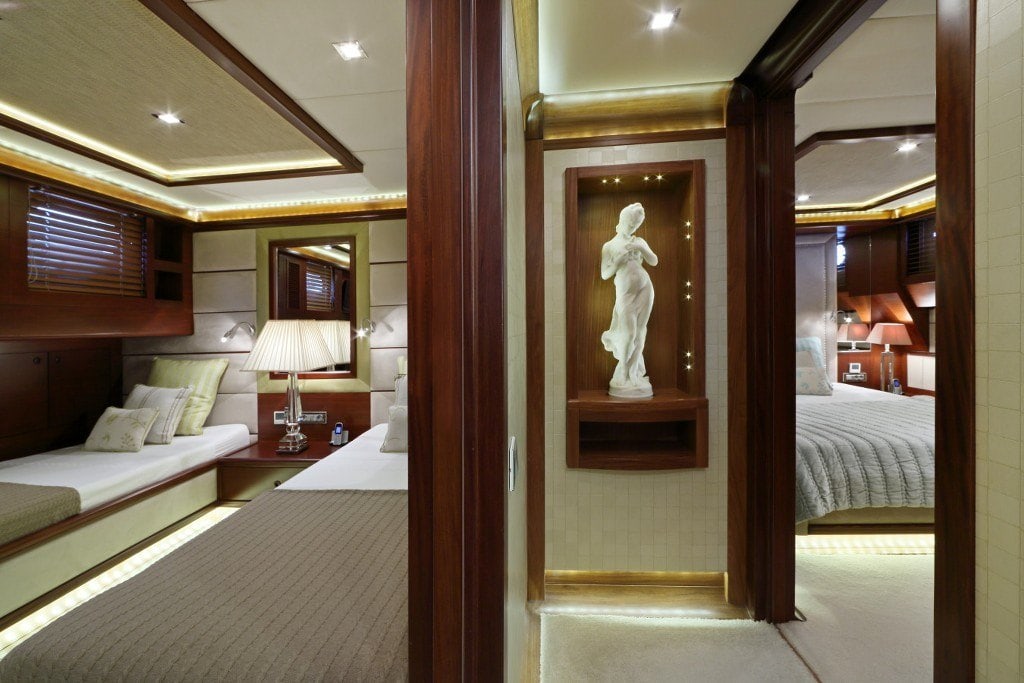 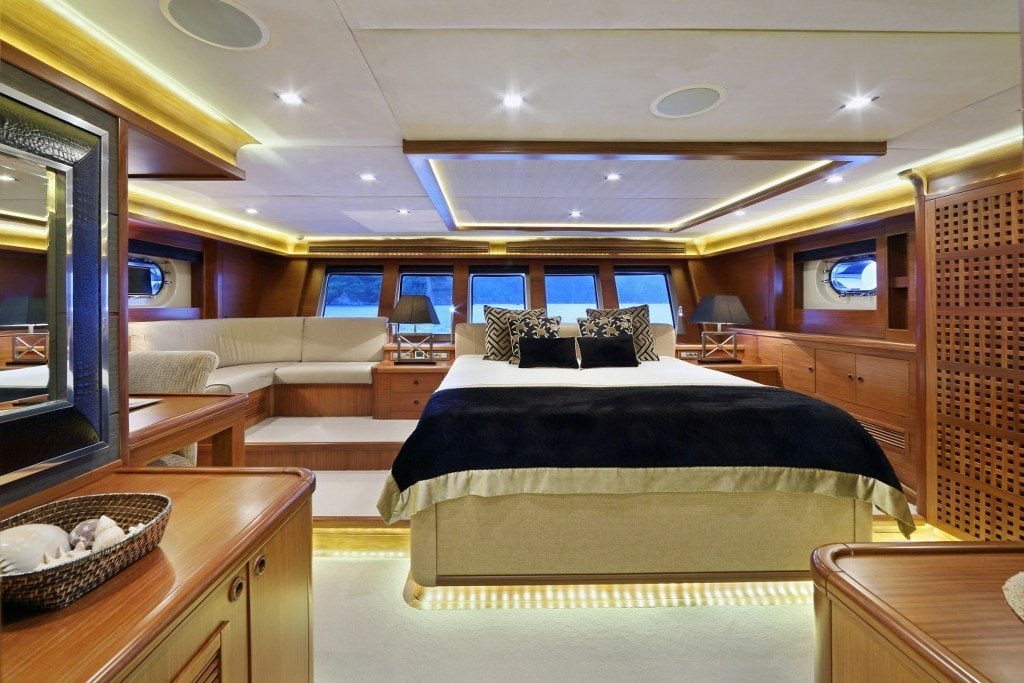 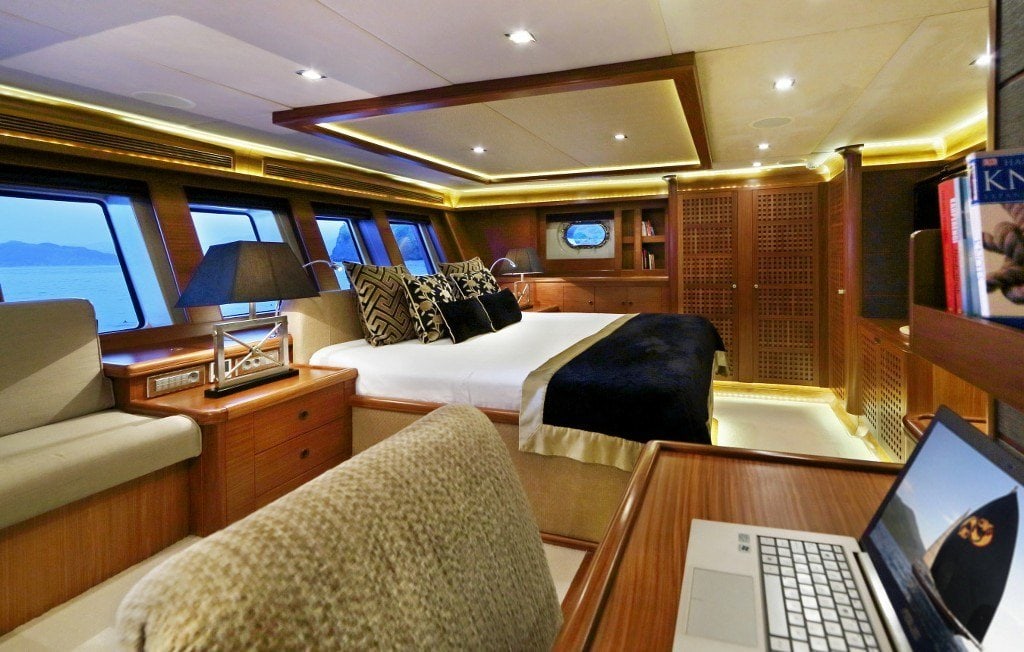 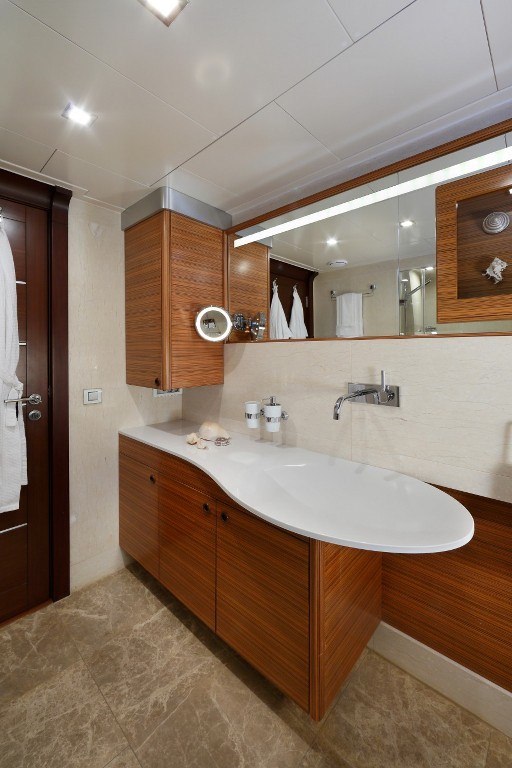 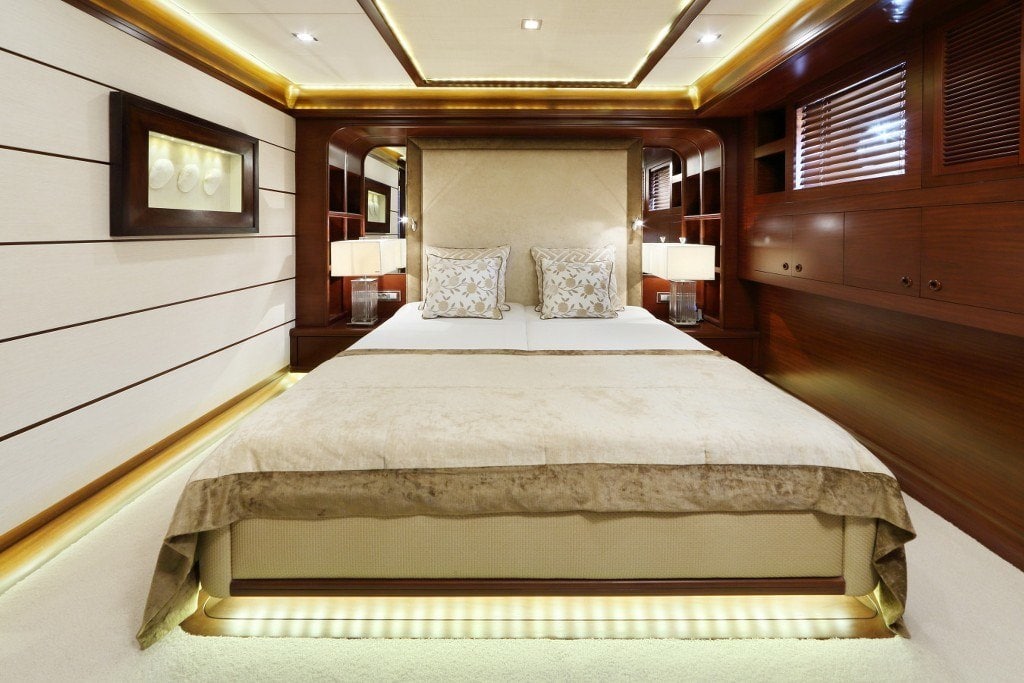 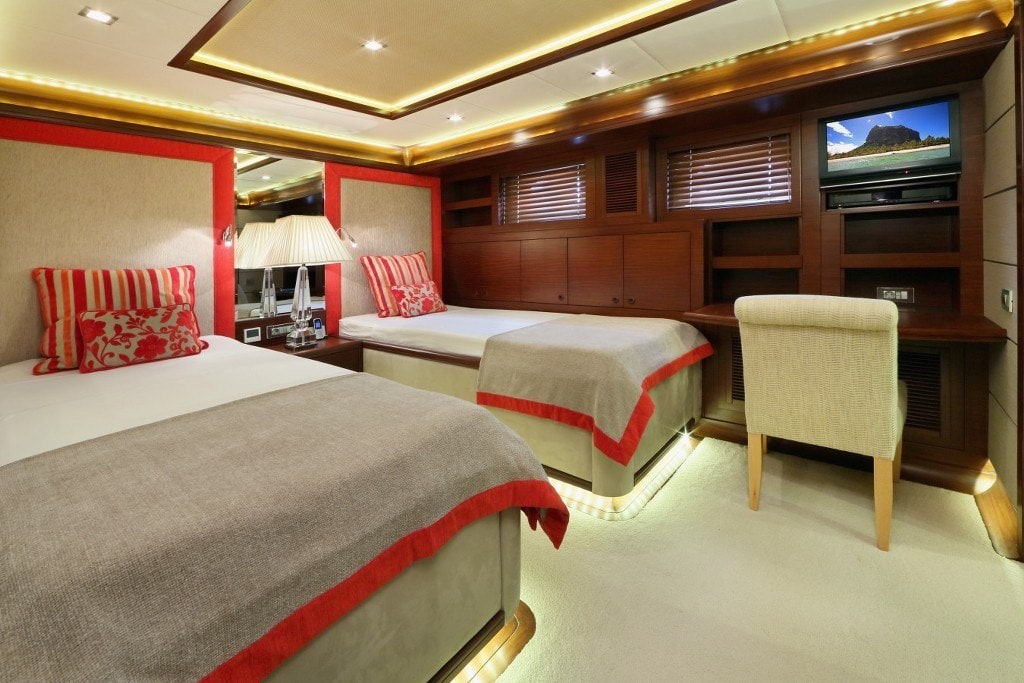 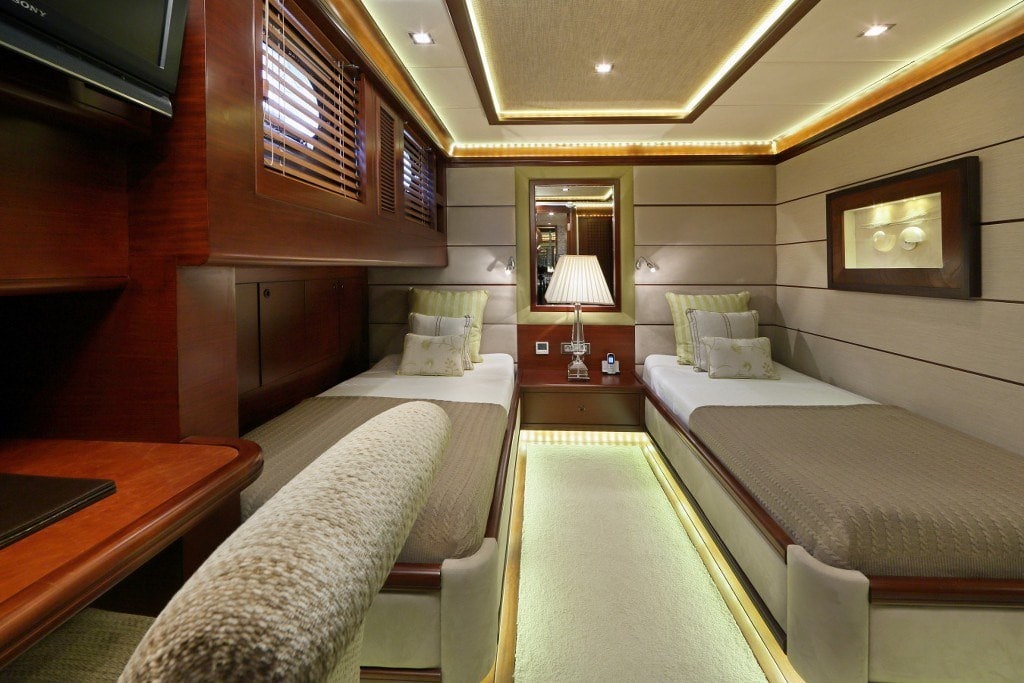 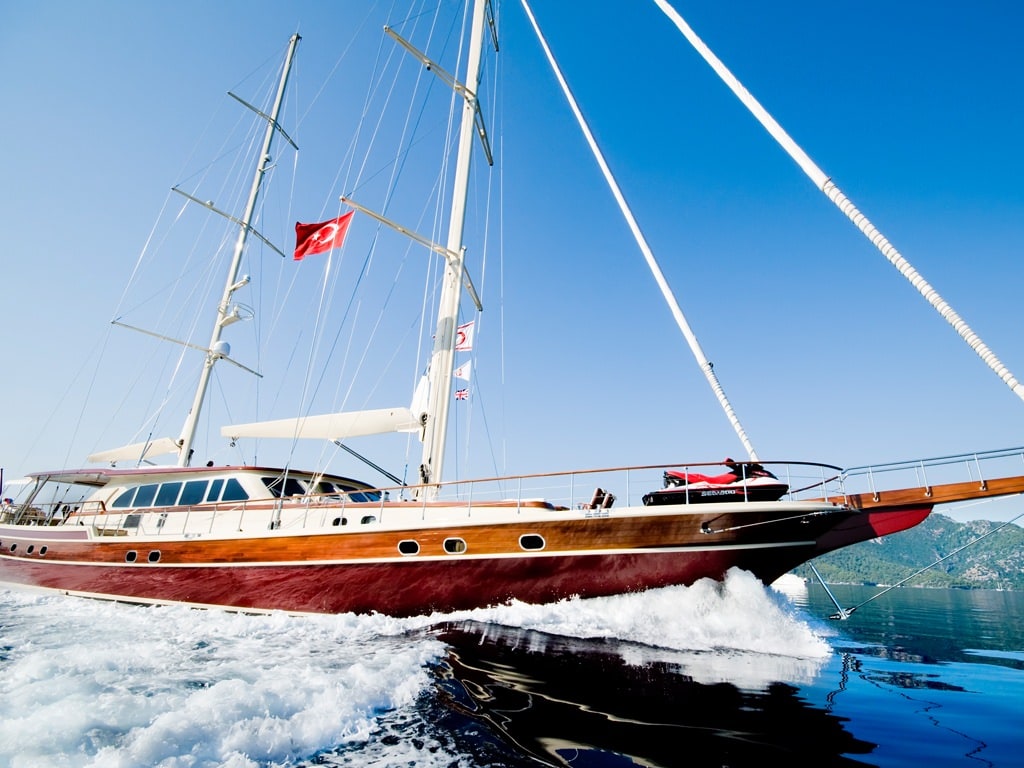 Daniel is from Yorkshire in England. As his father was an engineer, Daniel had the opportunity to travel and spend time growing up in Baghdad and the mountain kingdom of Lesotho in Africa - in between trips home to England. With his eyes having been opened to the colours and cultures of the world at such an early age, it was only natural that Daniel would go on to pick up an Honours Degree in French, Spanish and Political Science from the University of Northumbria in Newcastle - and find his way into the exciting world of yachting.

Daniel has logged over 93,000 sea miles during the past 15 years, 70,000 of those under sail alone. He has worked as both captain and crew and even chef on all manner of different boats, in many places around the world. He has sailed the Mediterranean, crossed the Atlantic, and has made a number of crossings to South East Asia via the Indian Ocean. His experience covers vessels from 9 to 90 metres. In recent years, Daniel went from sailing yachts to motor yachts and was only tempted back into sailing by DAIMA's impressive performance.

Daniel is a keen sportsman with a love of enduro motorcycles, mountain-biking, tennis, golf, wake boarding and most water sports. He holds a PADI Open Water Divers License and Rescue Diving Certificate. As captain of DAIMA, he is keen to sail the yacht at every opportunity.


First Mate, Dogan Sakar joined DAIMA in May of 2012. Istanbul-born Dogan is 30 years of age and has spent much of his life at sea - he began his career in yacht charter as a 14 year old. Starting out in the position of deckhand, Dogan has worked his way up through the ranks and gained his captain's licence in 2008. Dogan speaks an intermediate level of English. A keen sailor, Dogan is always determined to get the best sailing performance out of Daima.

Engineer, Ümit Uysal, is from Iskenderun on Turkey's Mediterranean coast. Ümit, who has been with the yacht since the time of her construction and knows the yacht intimately, holds an Industrial Automation Engineer's degree from Antalya's Akdeniz University. From 2006 until the present day, he has worked on or alongside the sea, always in the wings as engineer for Pruva's fleet of yachts, and most recently DAIMA, whom he joined in 2009. Ümit knows the complete workings of the yacht's mechanical and electrical systems and ensures that everything remains in proper working order.

Chef, Serdal Elci is a newcomer to DAIMA this season, but his reputation precedes him. Originally from Adana and having worked on some of the largest and most important yachts in the Turkish charter fleet, we are pleased and excited to have him at the reigns in the galley. His favourite cuisine is obviously Mediterranean, whether Turkish meze and fish, or Italian pastas and risottos.

Mersin born deckhand, Durmus Ozkan, is also new to DAIMA this season. An experienced seaman, Durmus has spent most of his time at sea on motor yachts of various styles and sizes. Already a good friend of our first mate, Durmus has joined DAIMA seamlessly. His humour, energy, and good English language skills are always evident.


Hostess, Pinar Saka, is 28 years of age and a native of the Aegean coast. As she was born and raised on the lake of Koycegiz, near the town of Dalyan, she is no stranger to the sea. Pinar's first crewing position was that of housekeeper aboard a Turkish-flag charter yacht, a position she held from 2006 until 2008. She has since been expanding her knowledge and skills in the field of service and joins DAIMA this year as hostess.

Hostess, Turkan Bulbul, was born in Denizli in 1968 and has spent the last seven years working as chef’s assistant, housekeeper and stewardess aboard yachts of various sizes. Turkan makes certain that the yacht's interior is kept spotlessly clean at all times and is always on hand to provide guests with any assistance they may require.