Thierry was born in Antibes, on the French Mediterranean Coast. He learned to sail on the Med from the age of 11, and attended the renowned sailing school Les Glenans in Brittany.
Sailing quickly became a real passion and over the years, Thierry has participated in numerous international regattas both in Europe and North America. With several ocean crossings under his belt, he is always happy to share gladly share his knowledge and experience in meteorology, weather routing, celestial navigation or passage planning.
In addition to sailing, Thierry has developed a passion for history, photography, gastronomy and wine. His knowledge in food and wine pairing will surprise you.

Sail and work experience
Christine was born in Normandy, close to the D-Day beaches were the Allied troops came to liberate France from the German invasion, during World War II. As a child, she always enjoyed going fishing in the Chanel Sea with her father and his friends. After graduating as a registered nurse, she moved to South of France were she practiced as a free-lance nurse for over 30 years. For many years she owned a motor boat and spent most of her free time exploring the French Riviera Coast, fishing and diving. She has a scuba diving license, level 2. She is an avid motorcyclist and a very good snowboarder. She also skydives and has performed several marathons. She owns a horse and has done for the last ten years, riding it in the beautiful Provence countryside. Her cuisine is based on fresh organic ingredients, with a Mediterranean twist. She enjoys cooking exotic meals from the Indian Ocean. She gets her inspiration from her many trips to visit her sister who lives in La Réunion, a French territory in the Indian Ocean.

Job description
As the Chef/Hostess Christine is responsible for the crew and guest meals throughout the charter, ensuring that the food is enjoyable, the interior of the yacht is clean and serviceable and that all dietary requirements are met. She is a creative cook, varying her meals to provide variety and according to the location of CURANTA CRIDHE in order to have as much relevance as possible to the country being visited. 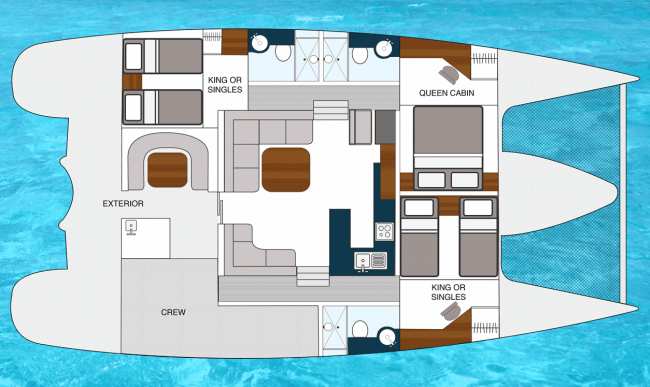