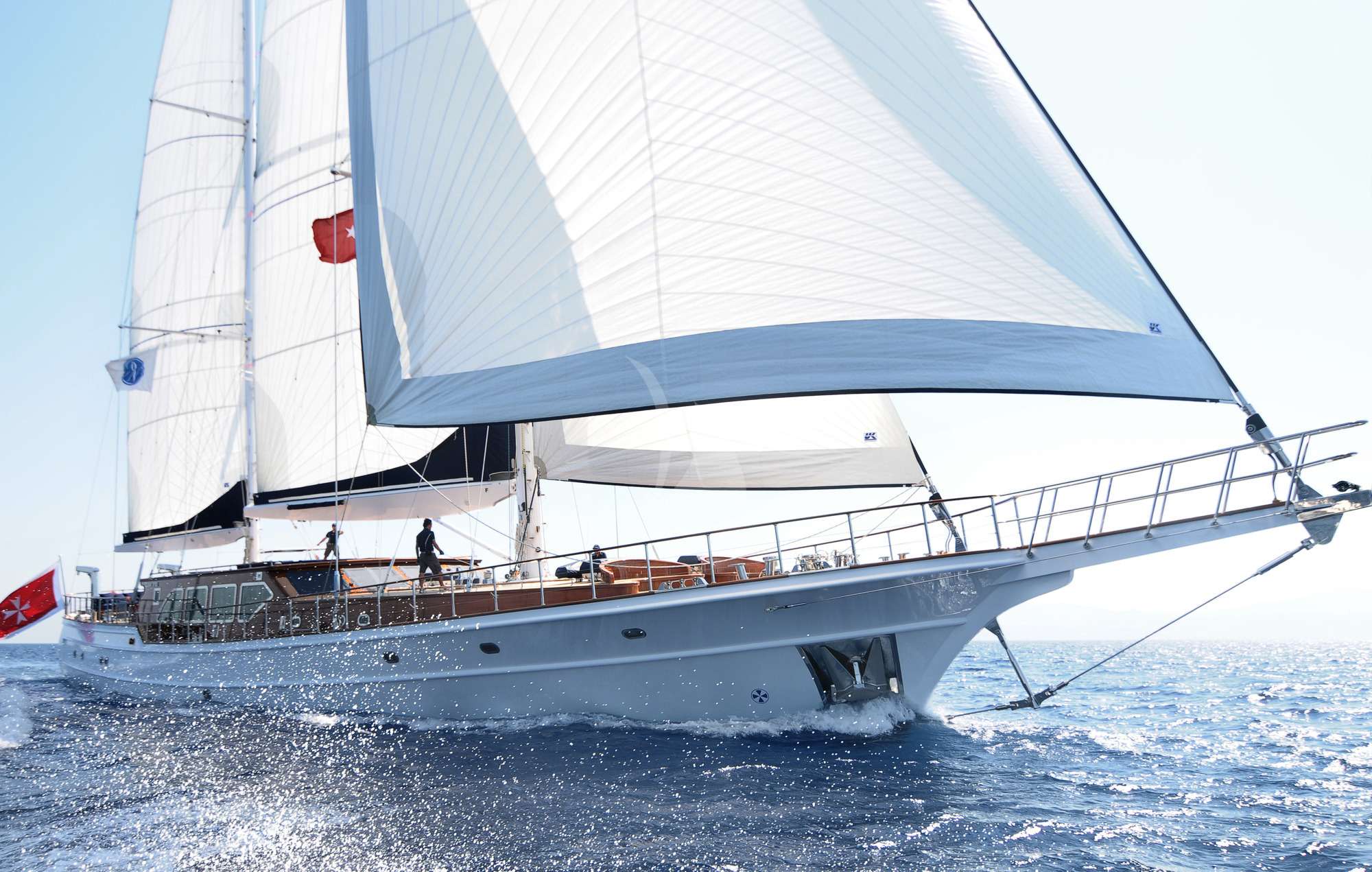 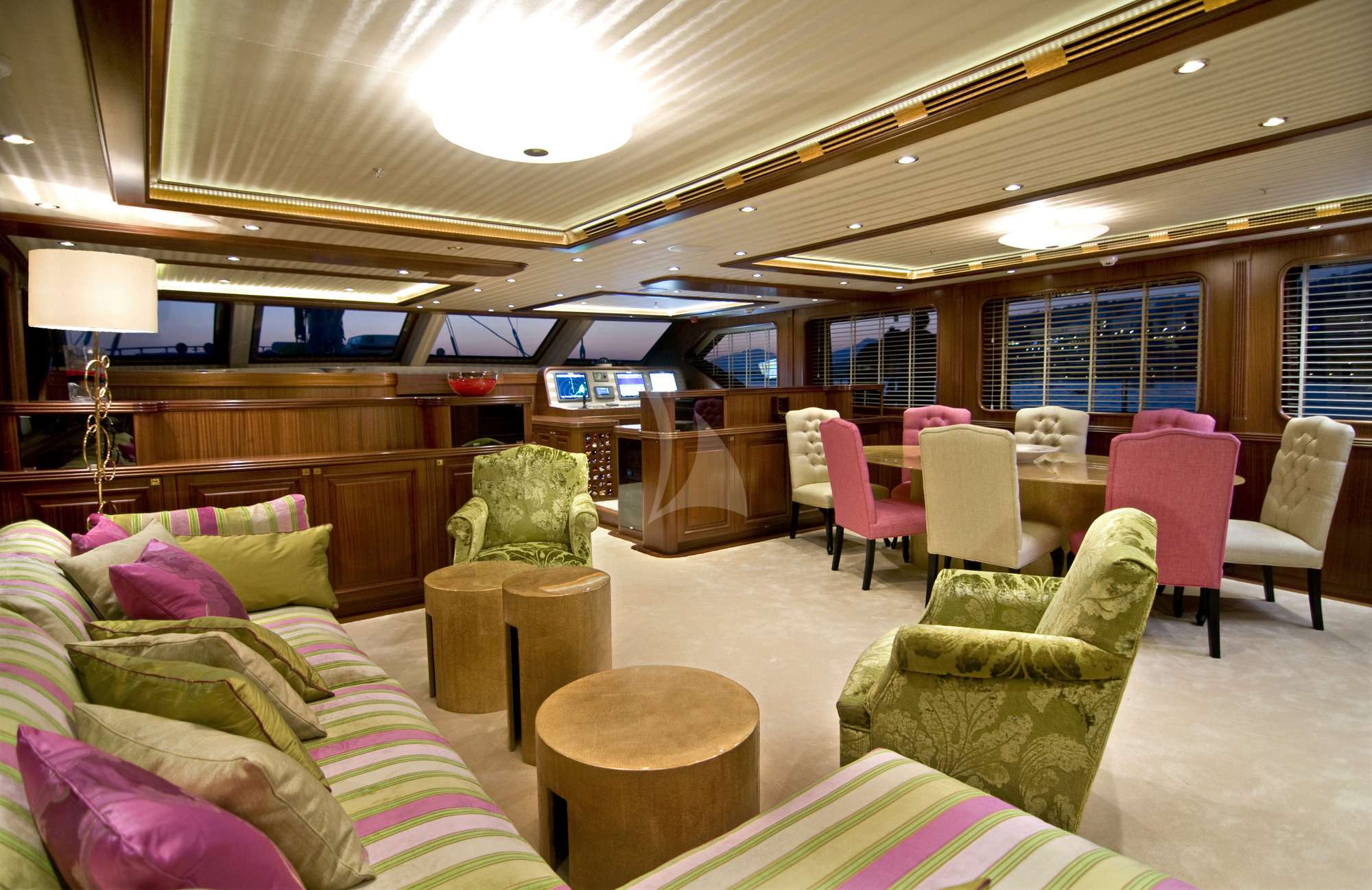 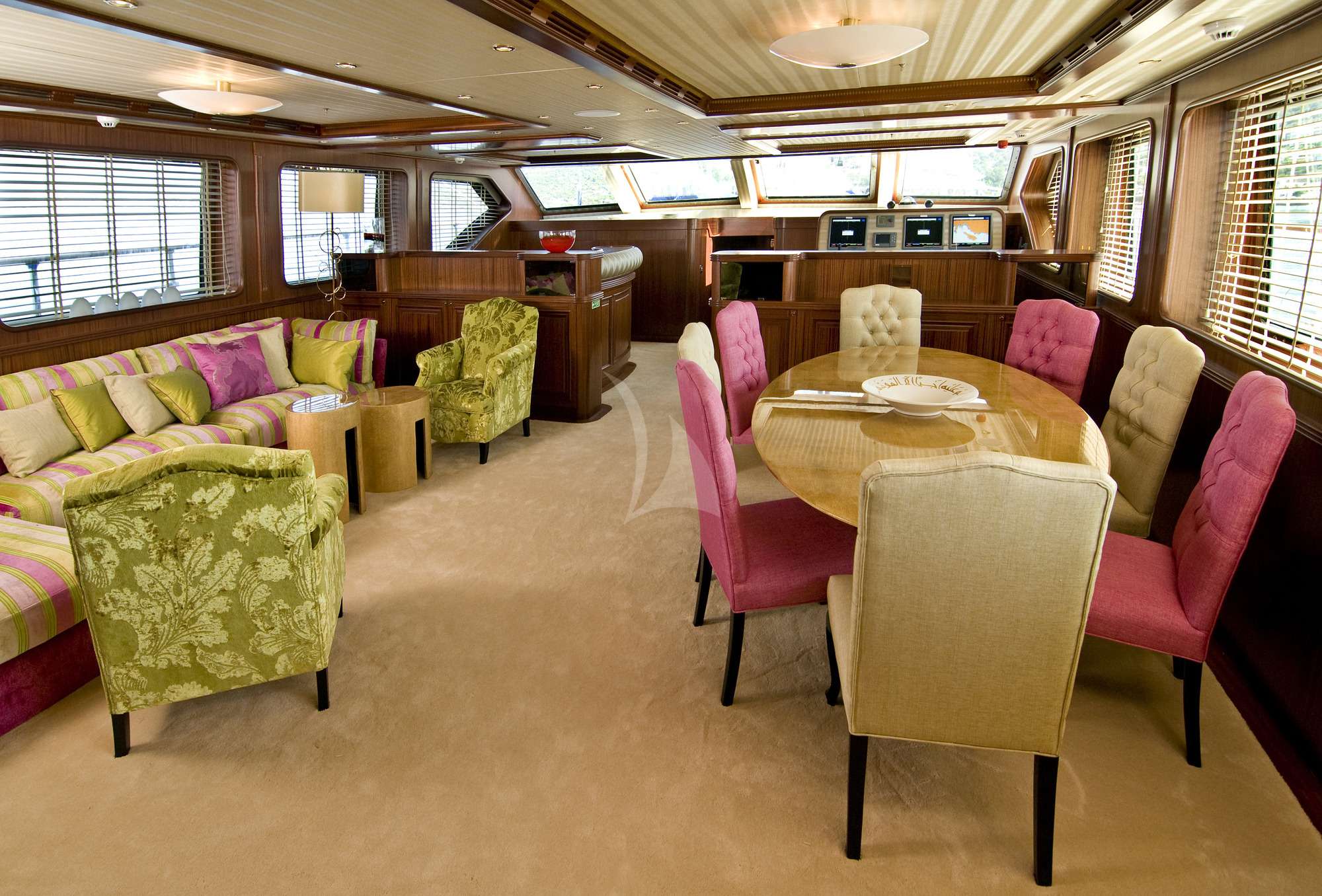 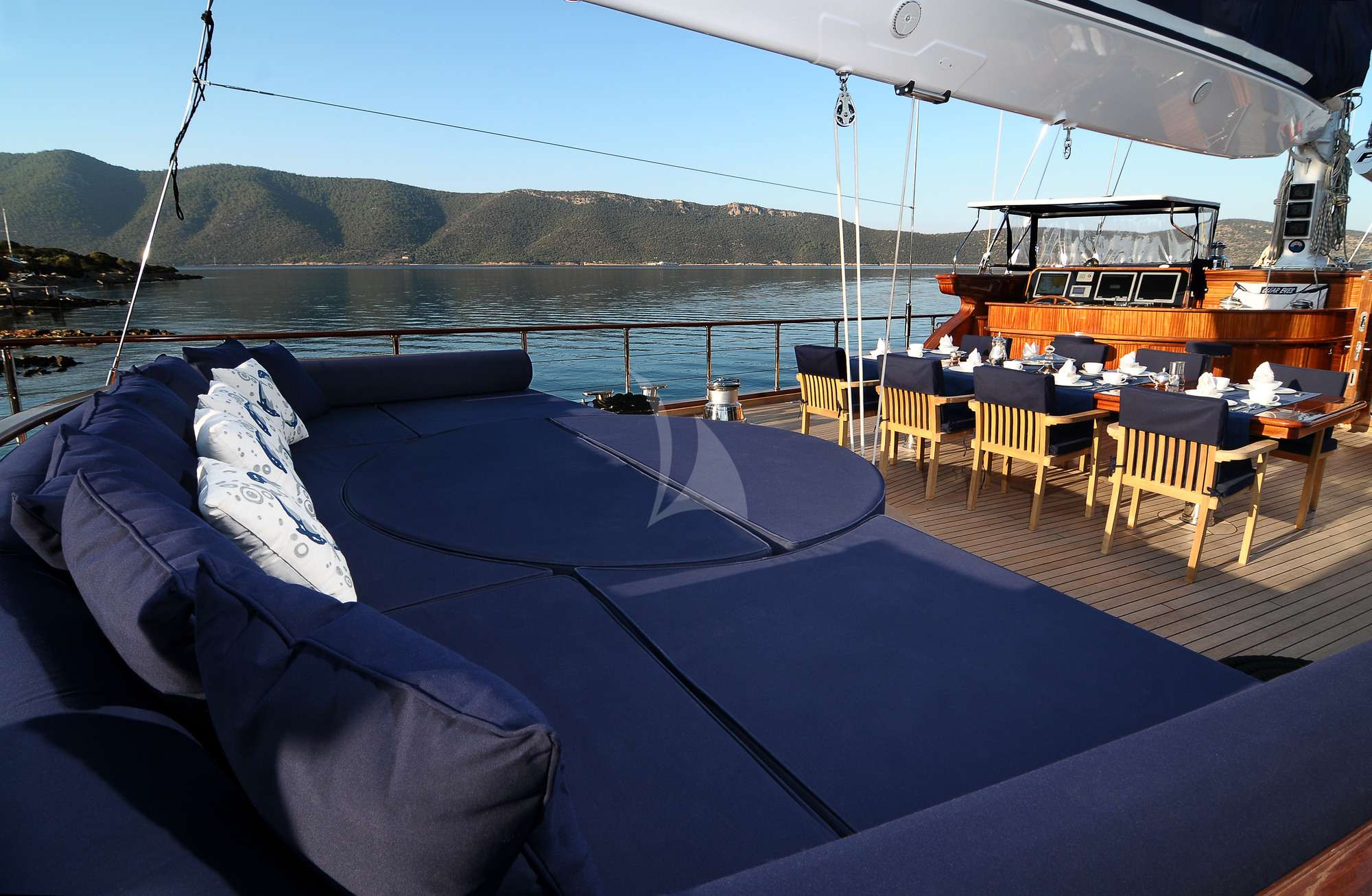 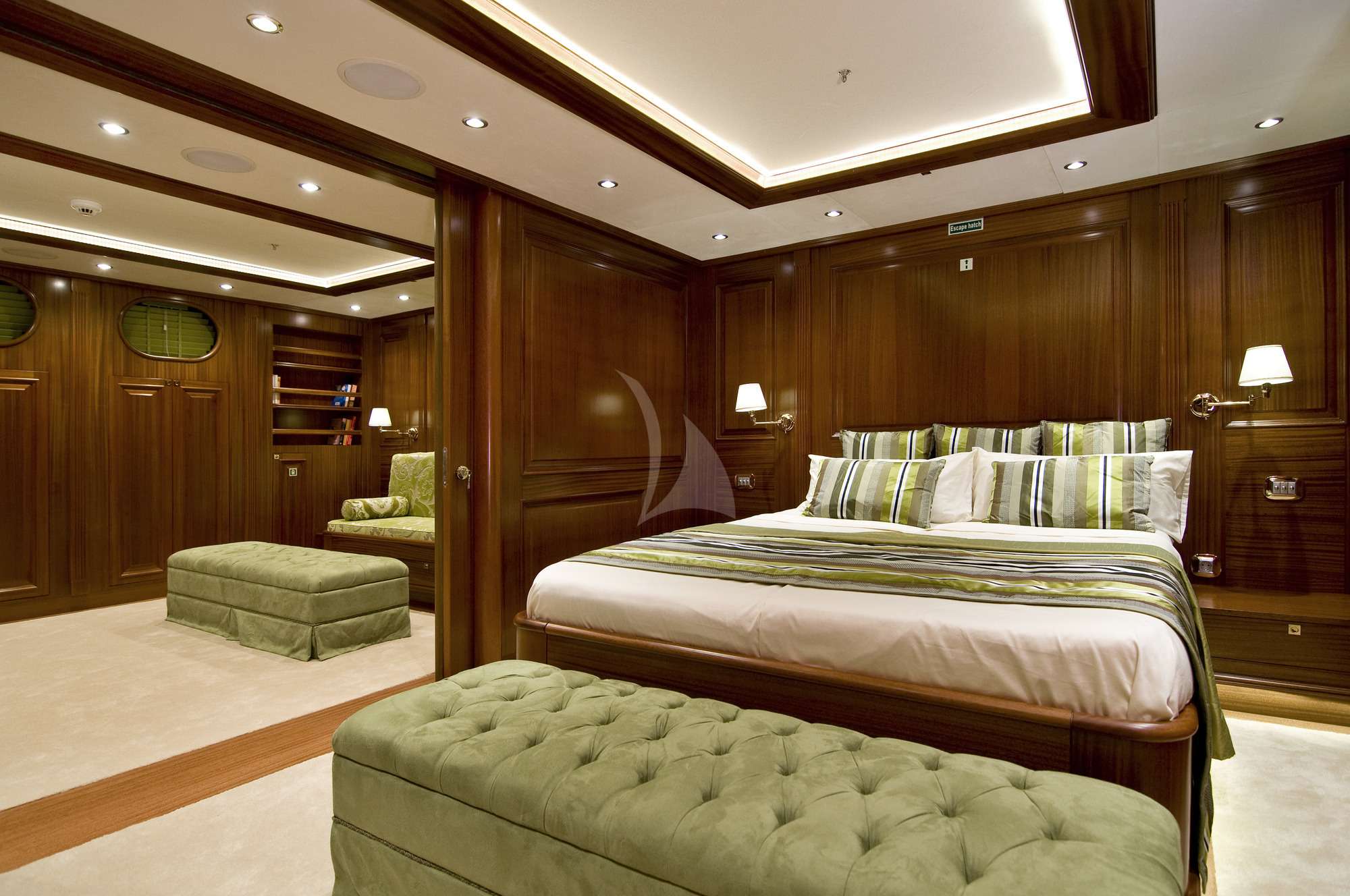 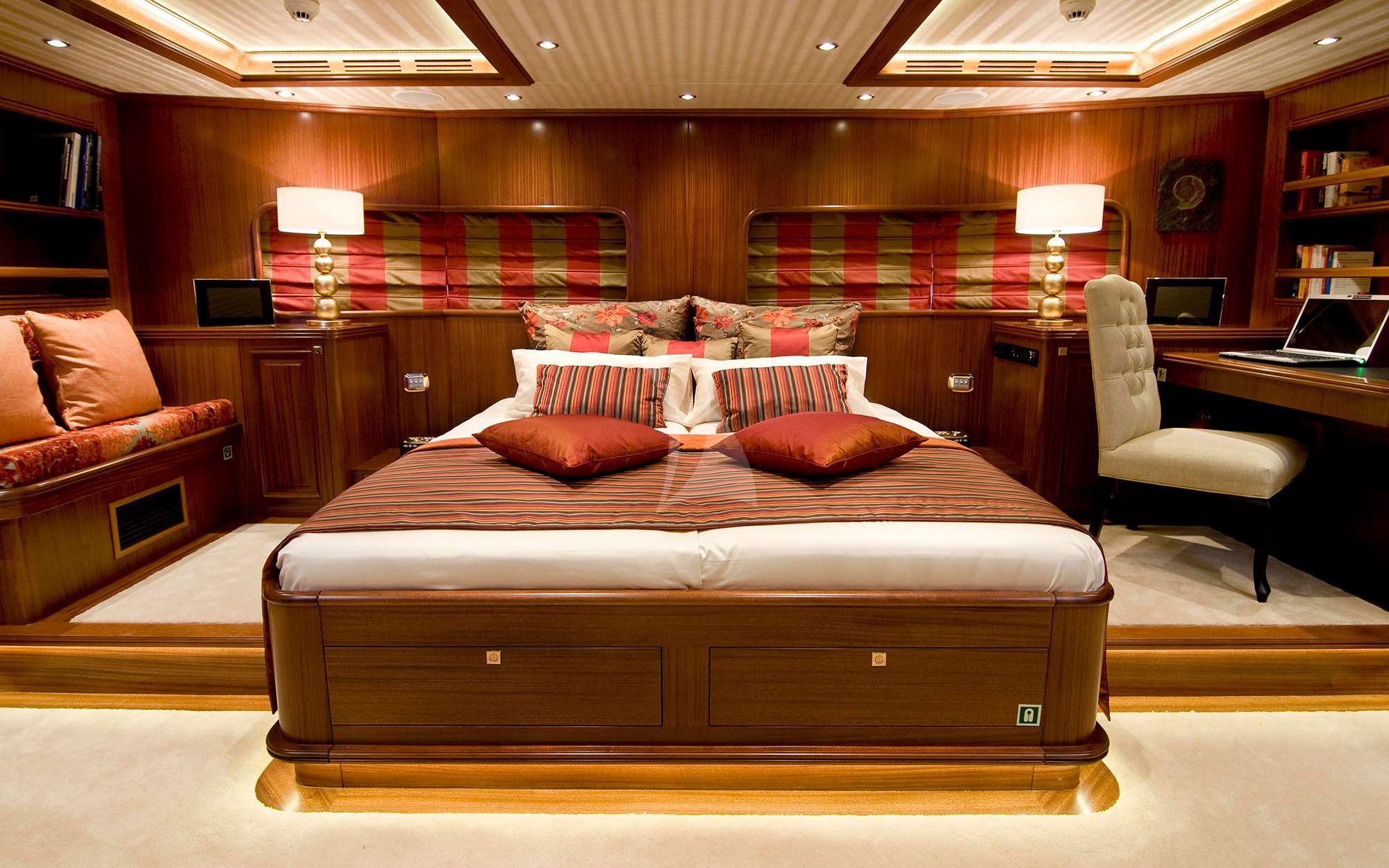 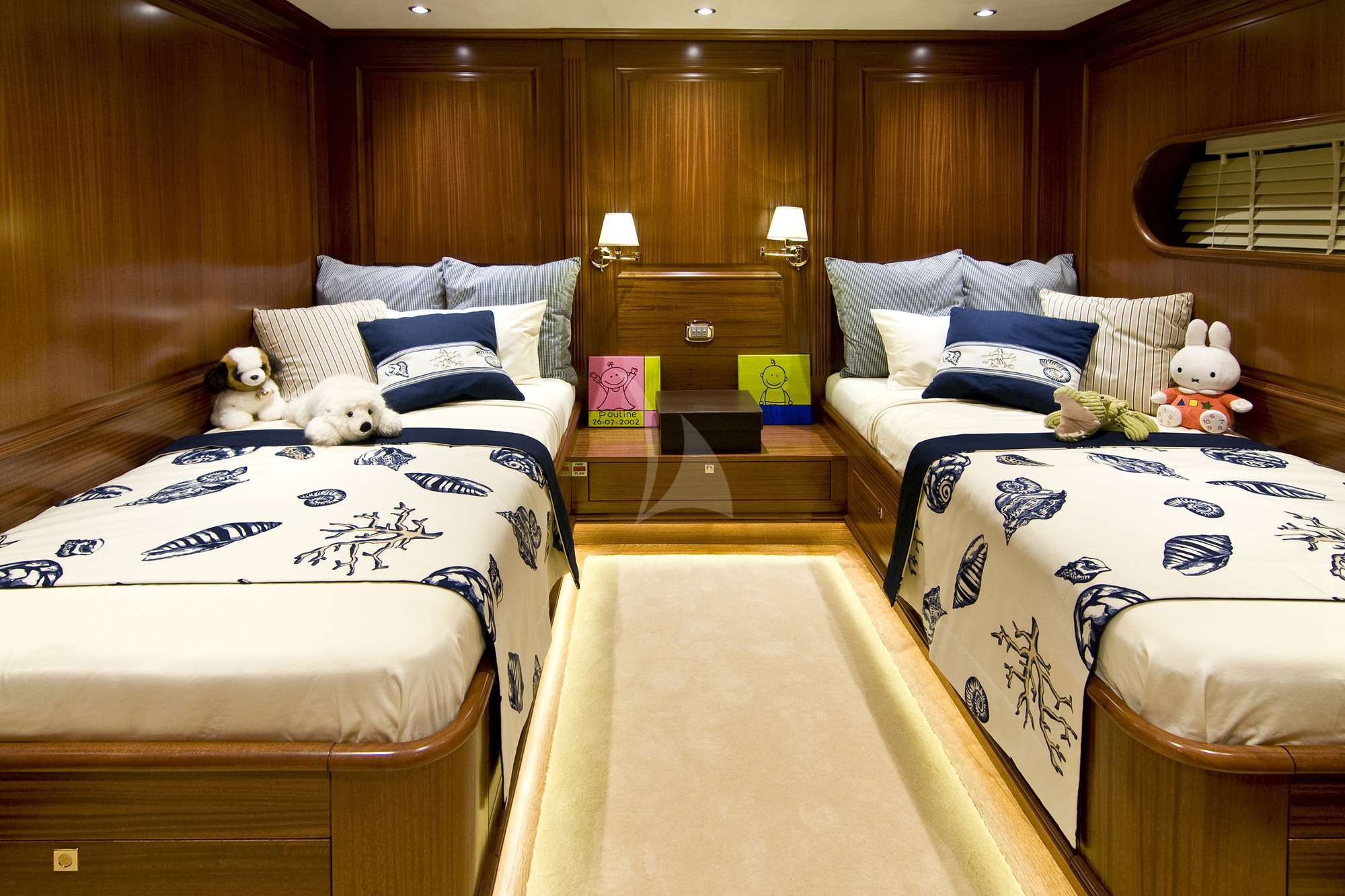 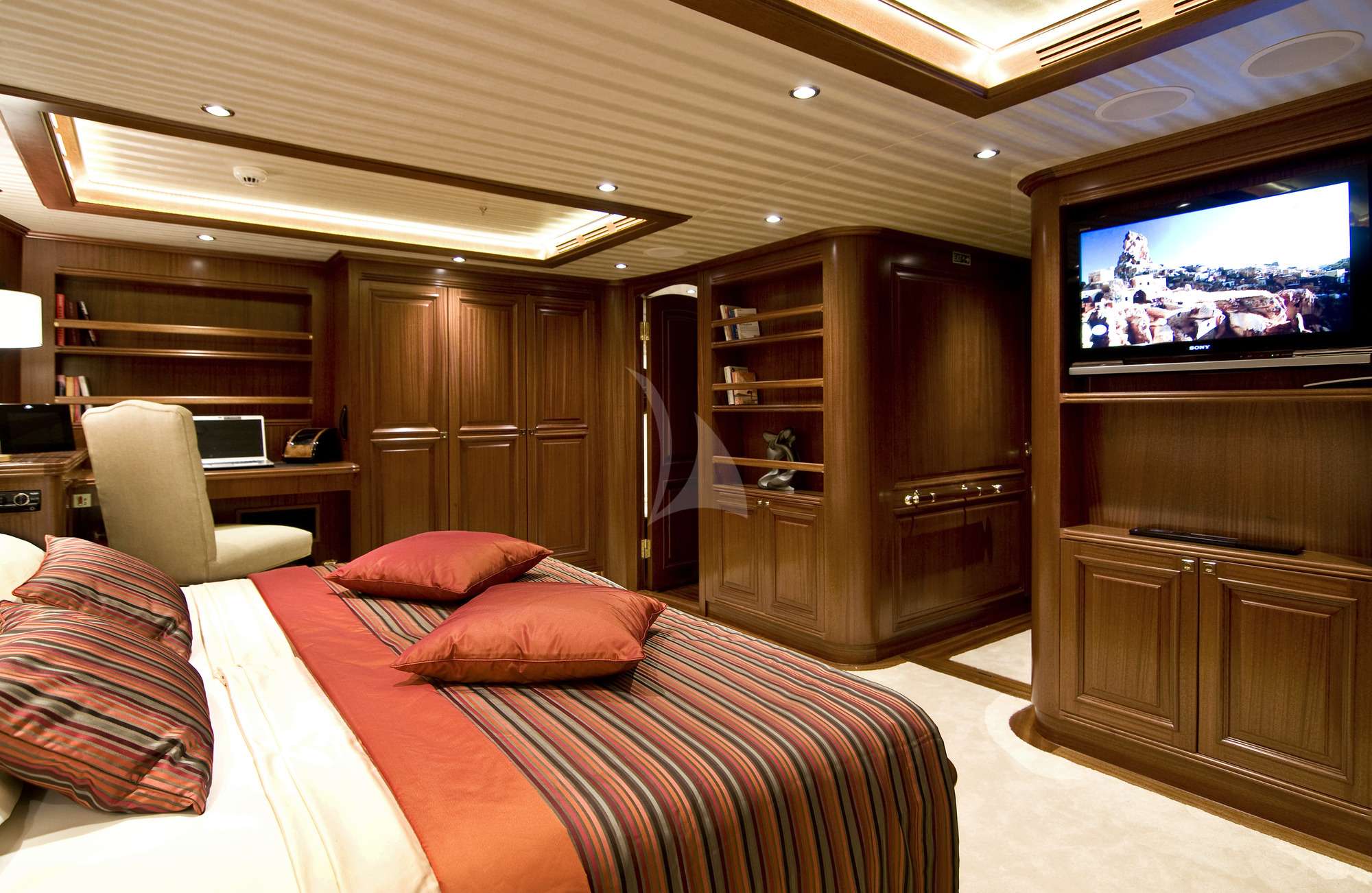 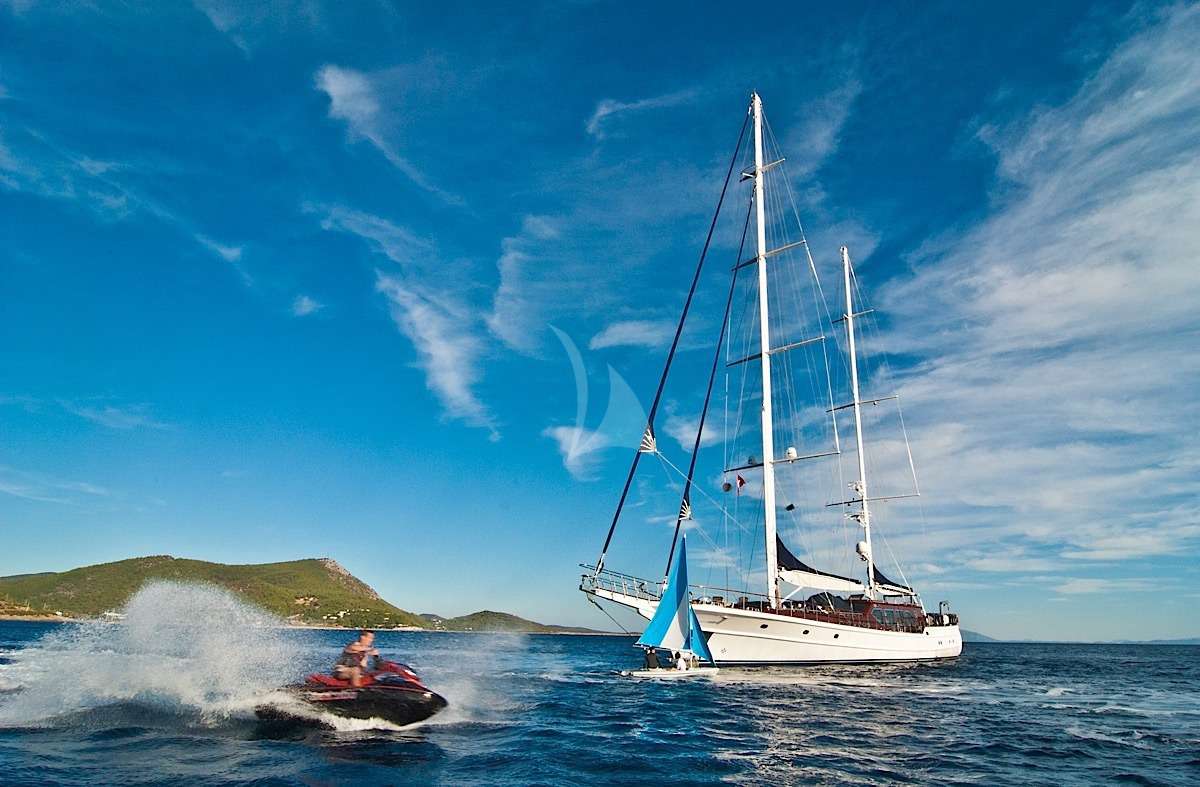 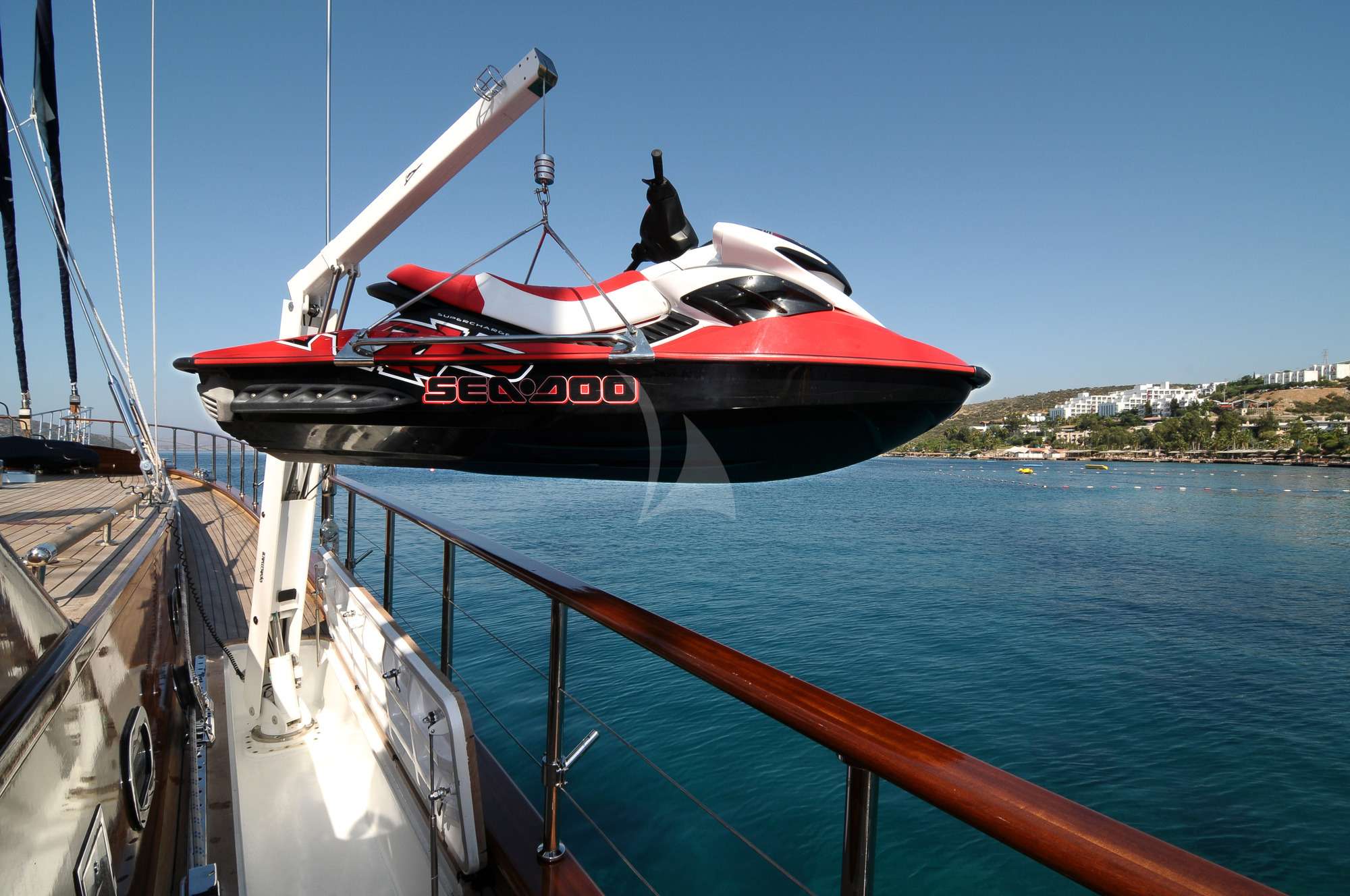 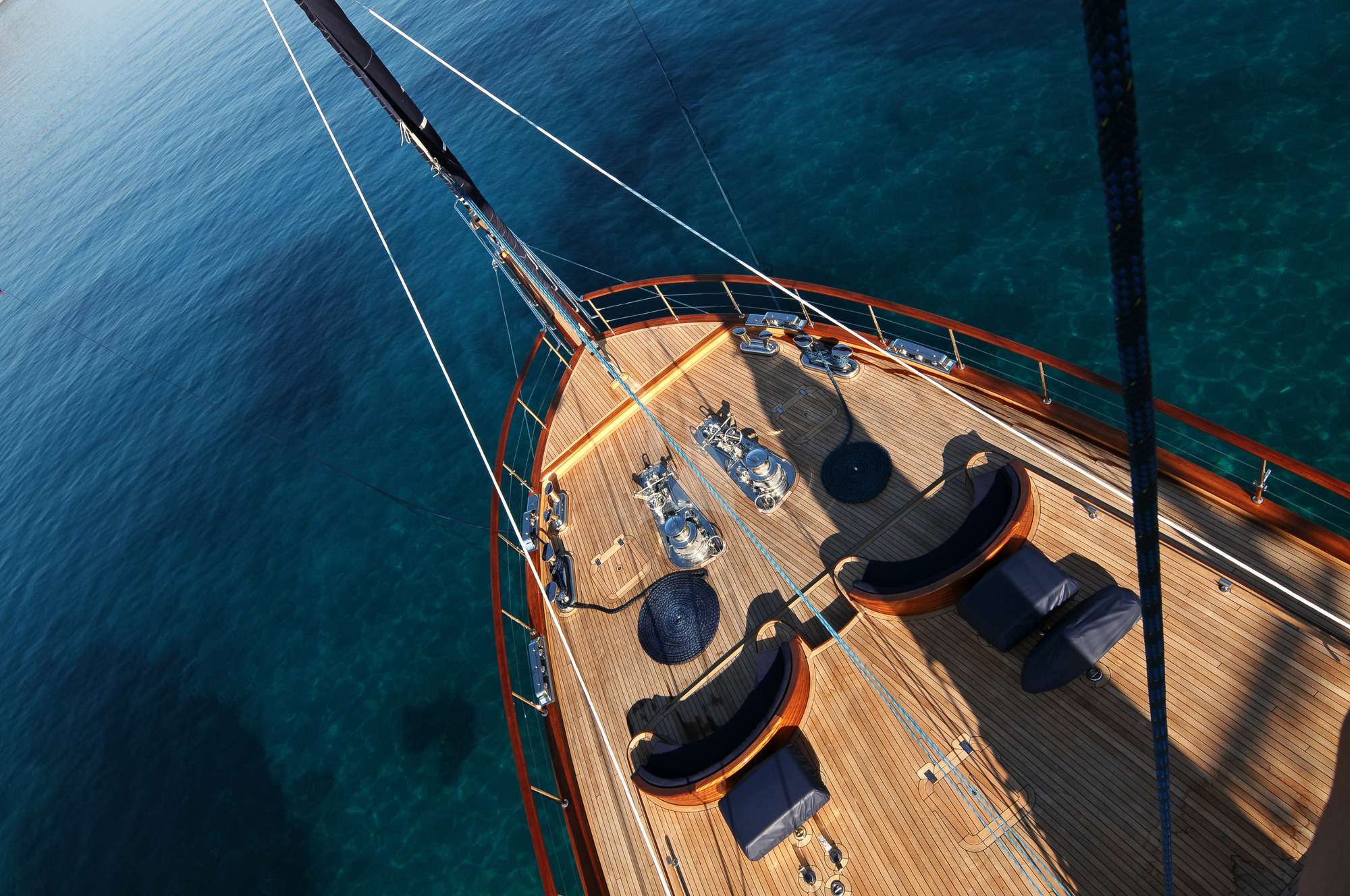 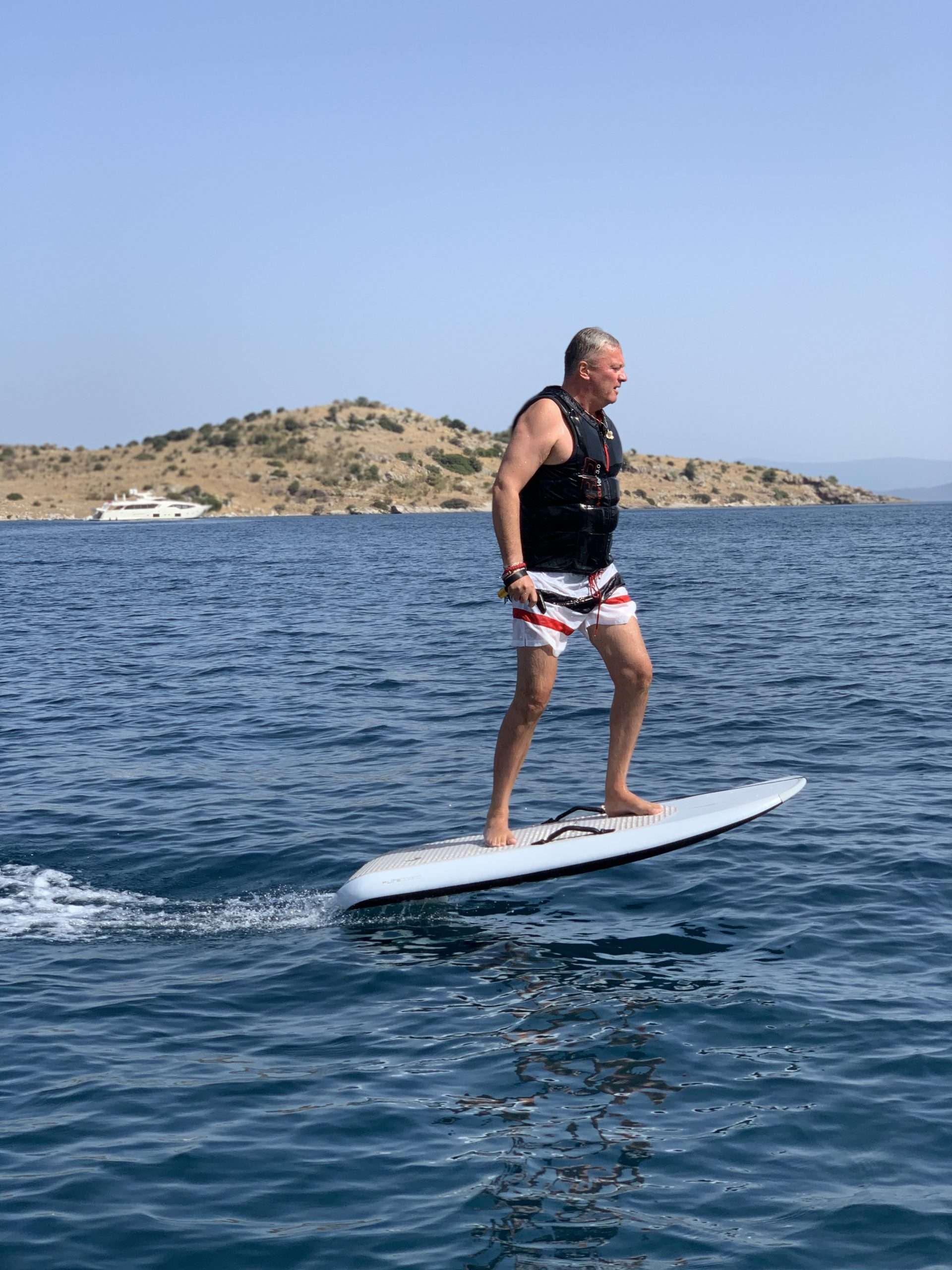 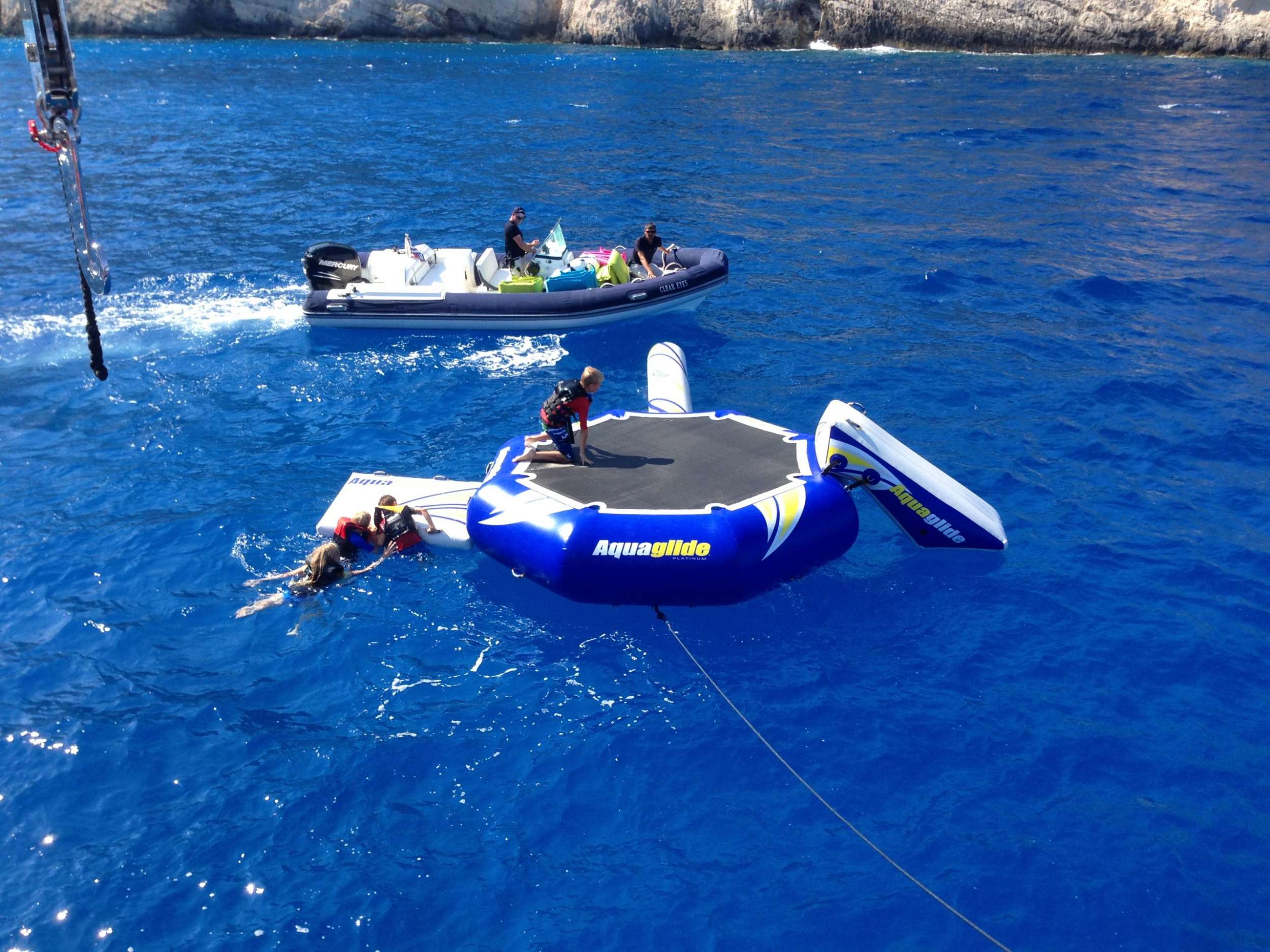 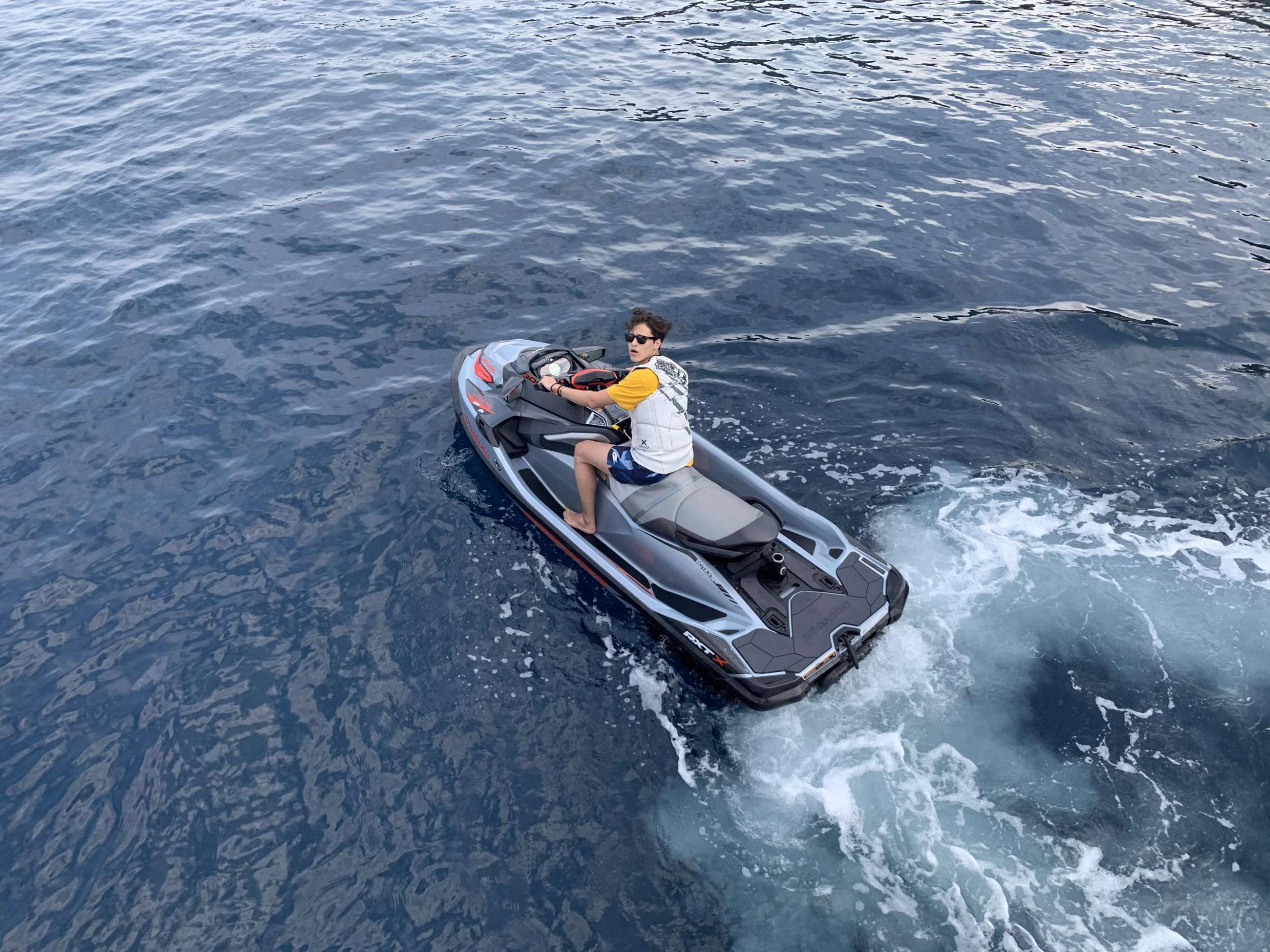 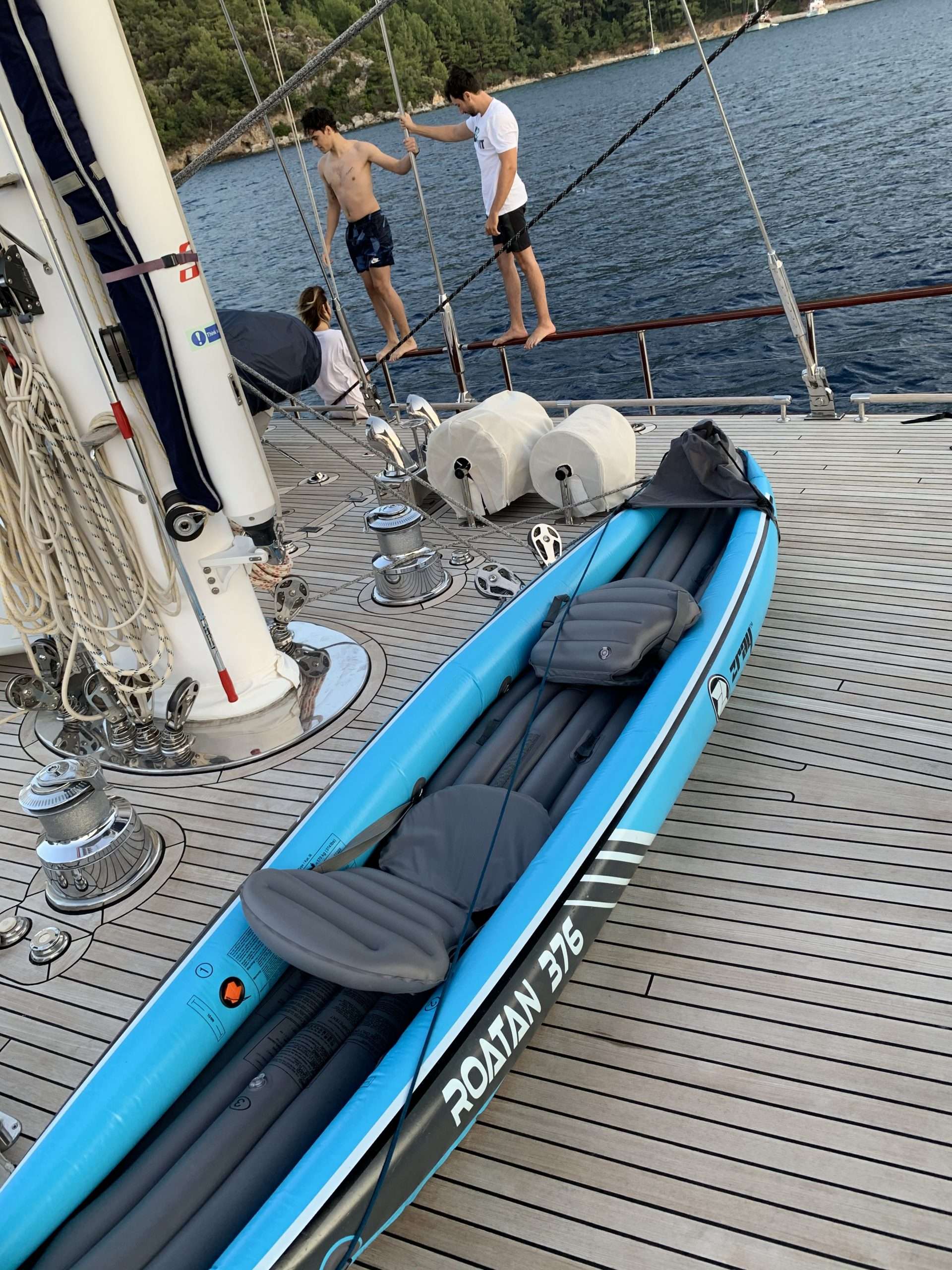 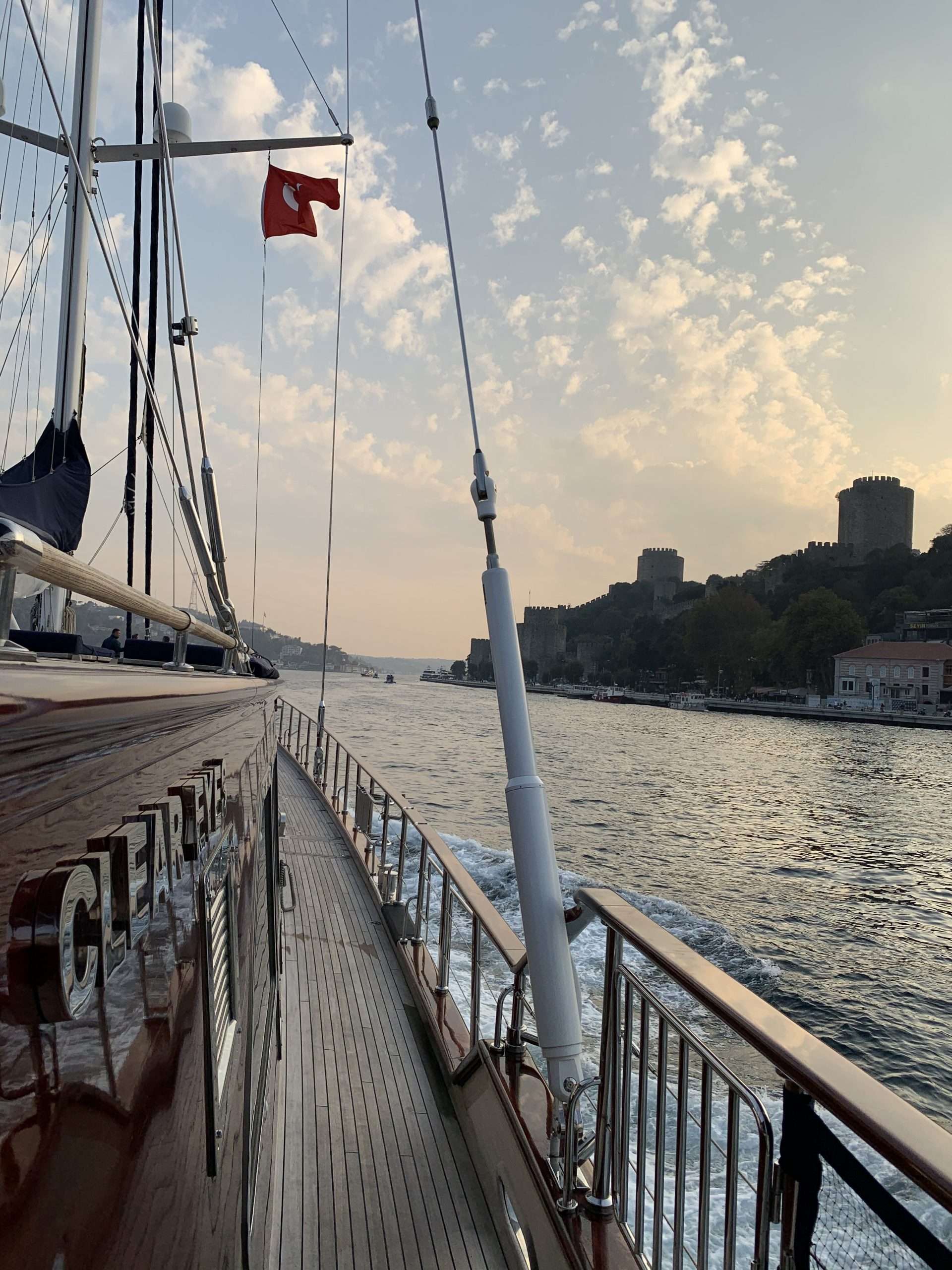 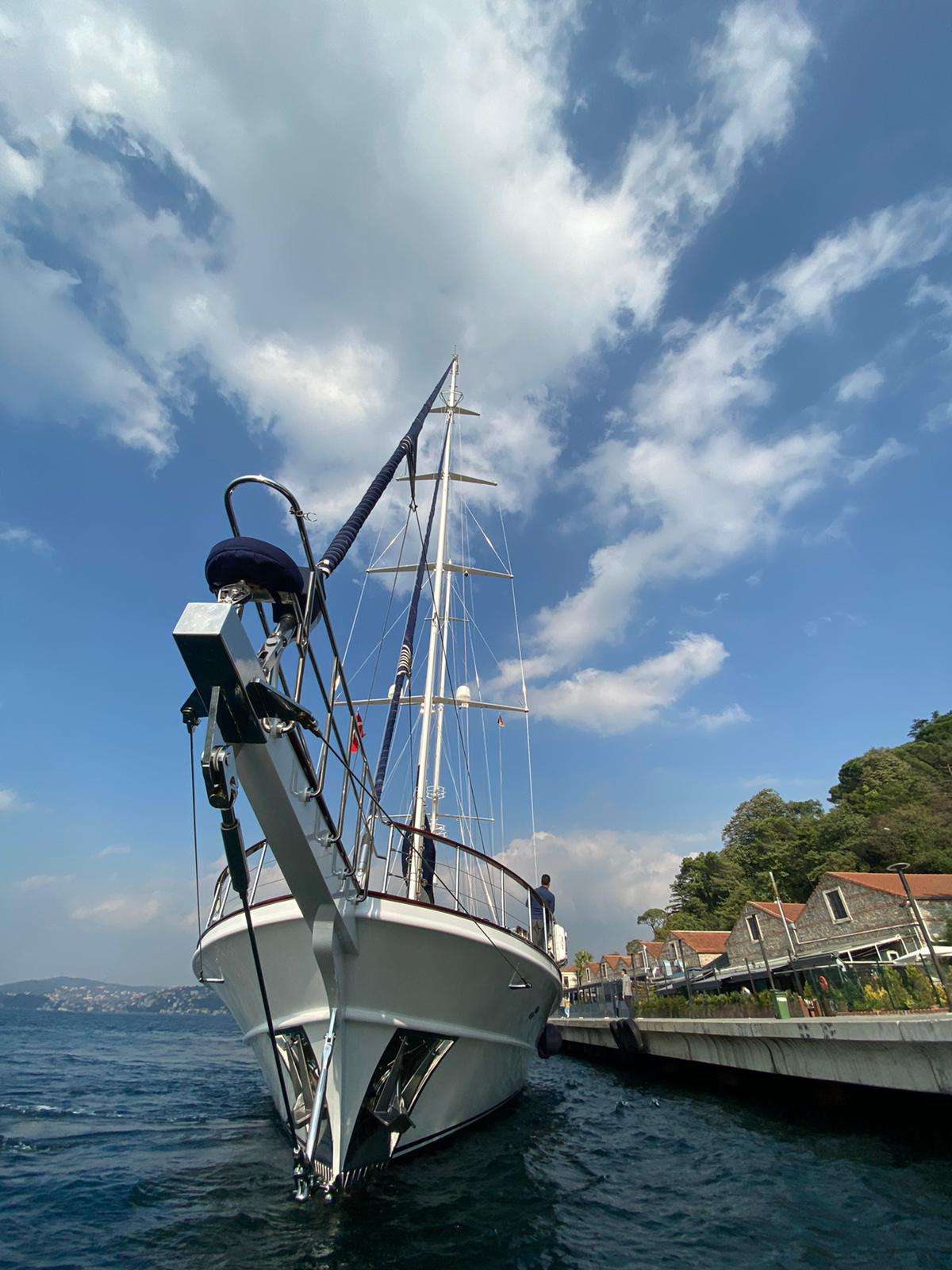 ATALAY has began his life’s journey on the sea in 1996, graduating from the Maritime Faculty of Kocaeli University. His first job was on a commercial ship as 3rd captain and GMDSS operator, a position he held for two years. He then worked as master on a 70 meter ro-ro ship on the Çanakkale Strait. His captain and dive master position on a charter yacht came with the launch of S/Y Peri in 2003, continued on the sistership S/Y Blue Eyes until 2012 starting from the construction of the vessel
On 2012 he has taken over Clear Eyes which belongs to the same owner. Captain Atalay has sailed along the length of the Mediterranean and throughout the Aegean with his professional crew and is proud to be the head of a dedicated team, the efforts of whom have combined to create a charter yacht renowned for its service excellence. Captain Atalay holds Commercial Master, GMDSS GOC, ECDIS and DiveMaster certificates. He speaks fluent English.

TOLGA was boat navigation system expert and has been with S/Y Clear Eyes during times of building. And had a special band with yacht & crew. He had an opportunity to become an employee as a yachtsman and stated as Chief Officer begin of 2019.
Tolga graduated from university of International Relations. Fluent speaking English. He holds Yacht Master, Yacht Racing Team License and Drive Master Certificate. Also he interests Aikido martial art.

Günsu A. AKAYDIN has began his life’s journey on the sea in 2011, while he is studying in University of Kyrenia-Maritime Engineering Faculty. He was working on water sports, also he worked in couple of motor yachts as deckhand and also engineer service personal. Graduating from the Maritime Faculty of Kyrenia- University on 2017. His first job was on a commercial ship as junior engineer a position he held for 6 months. He started to work on S/Y Clear Eyes on 2019 he became a member of crew family.
Engineer Günsu holds Ocean Going Watchkeeping Engineer, STCW 95, ENG 1, High Voltage Above 1000 Volts Certificate, Engine Room Team Resource Management Training Course Certificate, Leadership And Team Work Skill Training Certificate, Security Awarness Training Certificate, CPSC & RB (Proficiency in Survival Craft and Rescue Boats), Advanged Fire Fighting Certificate. He speaks fluent English

Arda Günsoy comes from the Turkish Navy. This gentleman has the knowledge of moving a warship without any crew involved and cruise with aremote control. Energetic and active. Extremely professional about electric and electronics, caring about details and seeing what others cannot with his different vantage. His sunny personality makes everyone feel welcome.

Emel UZUNER has been working as a chef since 2006 and had worked in top class restaurant in Ankara owned by her She has spent a number of winters in different cities honing her cookery skills and today offer’s a special selection of mouthwatering dishes from French,Italian, Turkish cuisine.

Vedat AKARSU is although only having completed his 6Th season on yachts a real asset. Always there to help, assist and serve.His love for the sea and passion for looking after his guests grows by the minut and he is also the assistant engineer of S/Y Clear Eyes. As bosun, he is happy to display his woodworking and painting skills and his position includes keeping S/Y Clear Eyes looking polished and ship-shape. Vedat’s interests include swimming and hiking.

DILAN TAYFUR joined the Clear eyes team in 2021. She adapted very quickly to the family with her friendly character and smiling face. Dilan graduated tourism management and taking firm steps forward in the yatching industry. She has previous experience in high class restaurants and hotels in Turkey. She speaks English.

Özlem TAYFUR has joined the Clear Eyes team after few years of experience in the hotel and yachting industry. Within just a few months, she has fulfilled her potential and she is very proactive and efficient since 2017.Özlem is always approachable and cheerful and aims to elevate the client experience. She speaks fluent English.

Berkan DURMUŞ has joined the crew of S/Y Clear Eyes at the beginning of the 2016 season as deck cadet. He isstudying Yacht Masters high school and aims to have experience on S/Y Clear Eyes to exceed industrial standards. 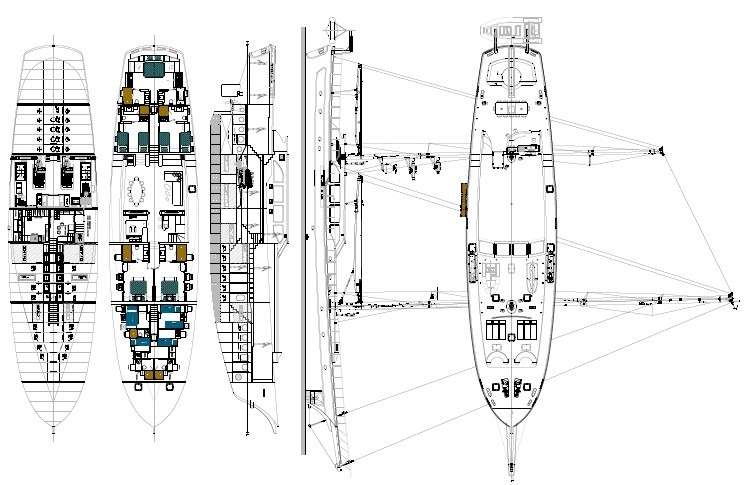