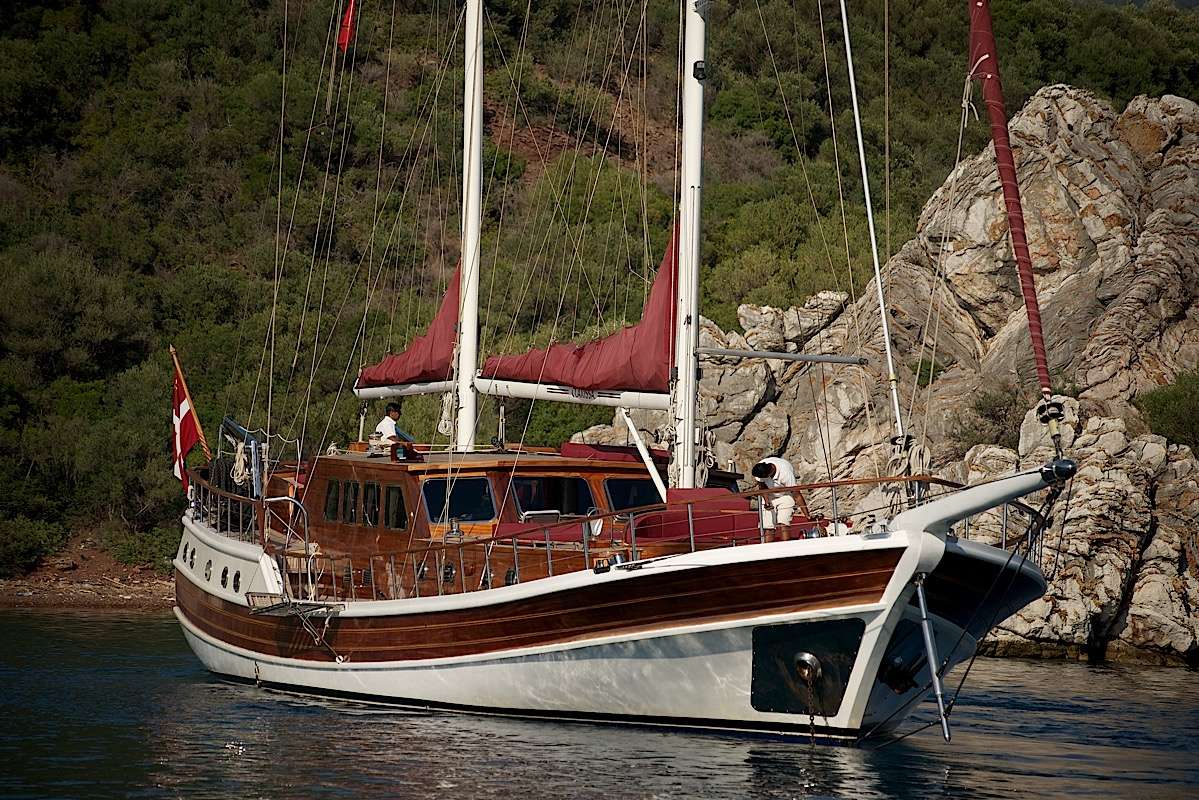 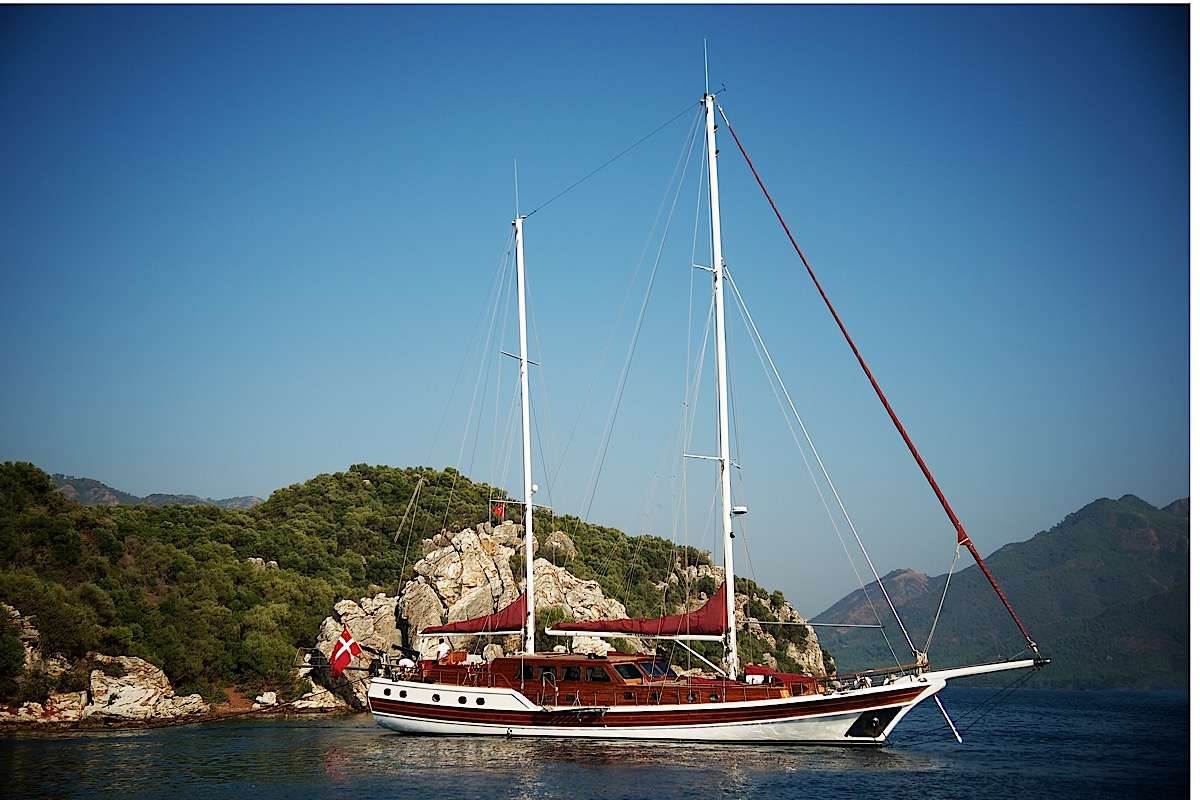 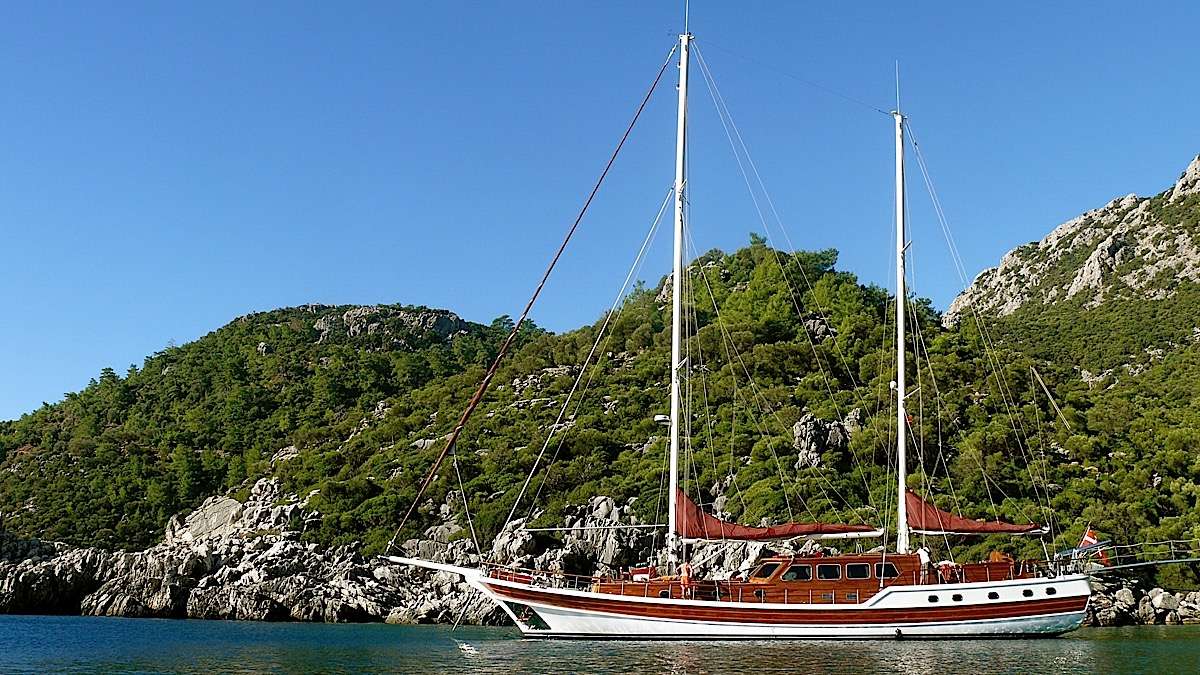 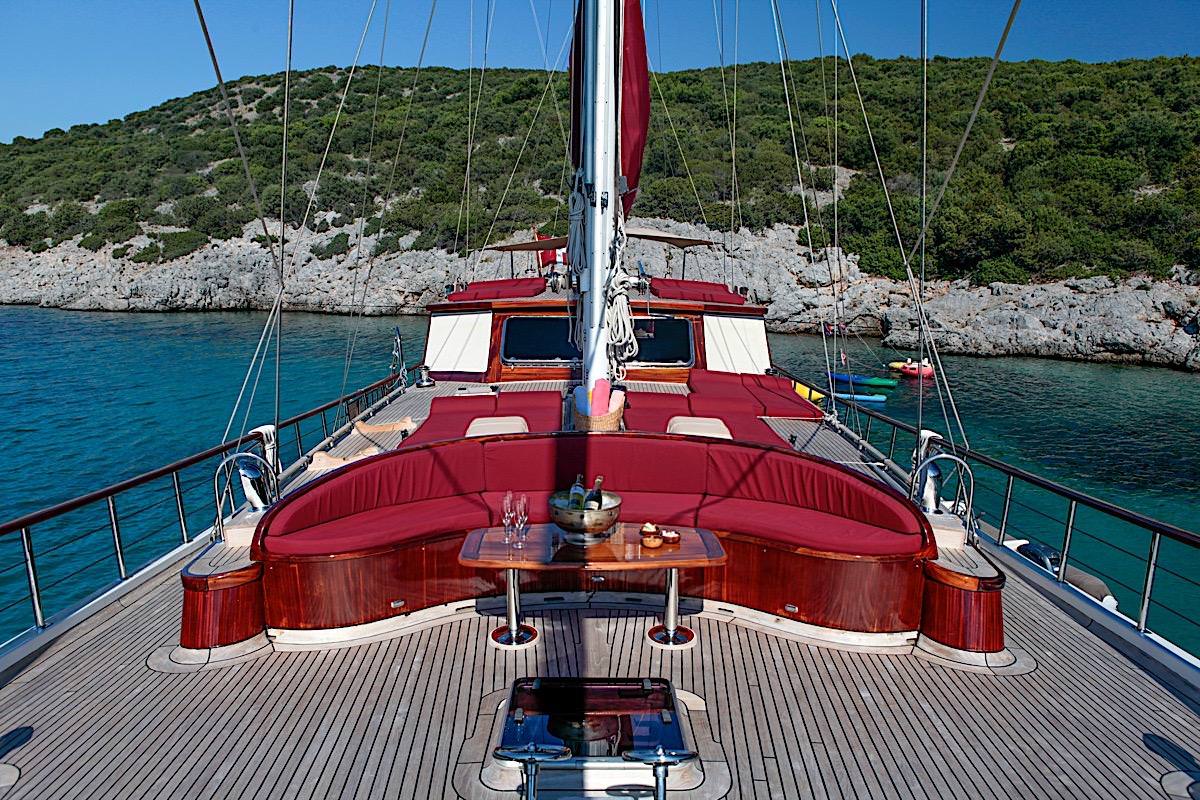 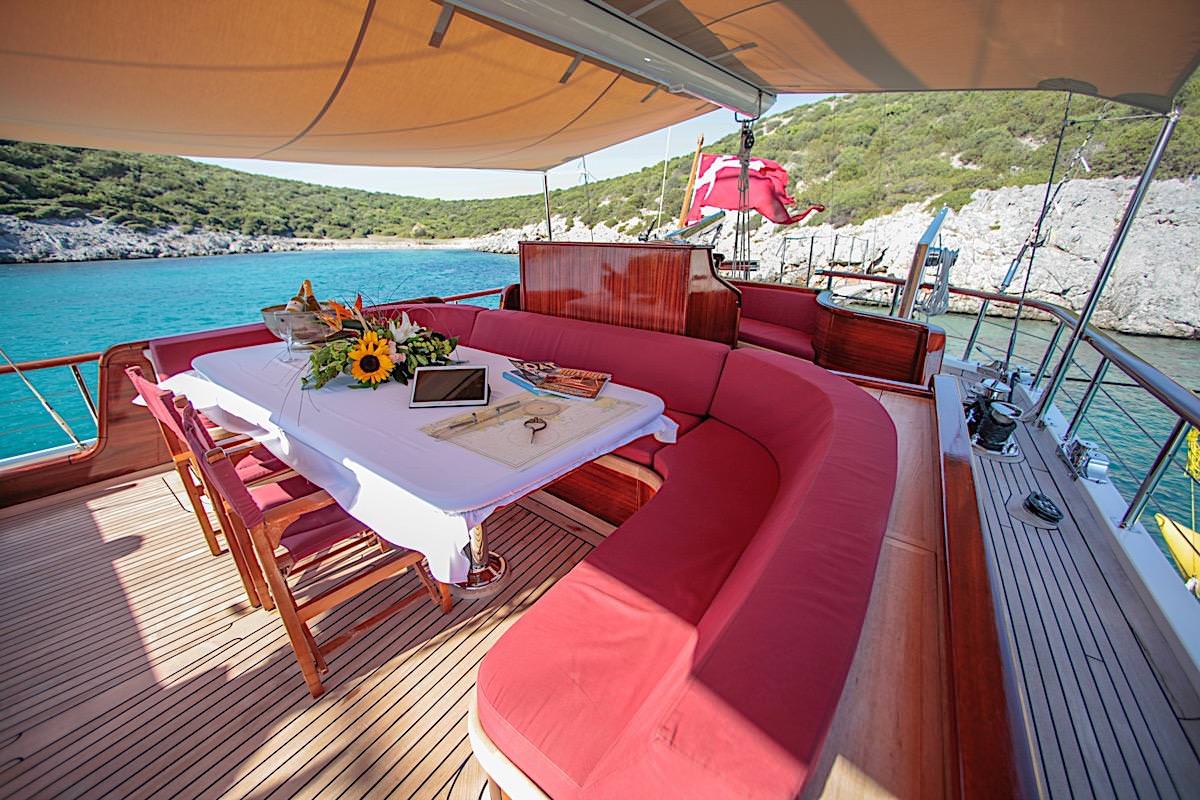 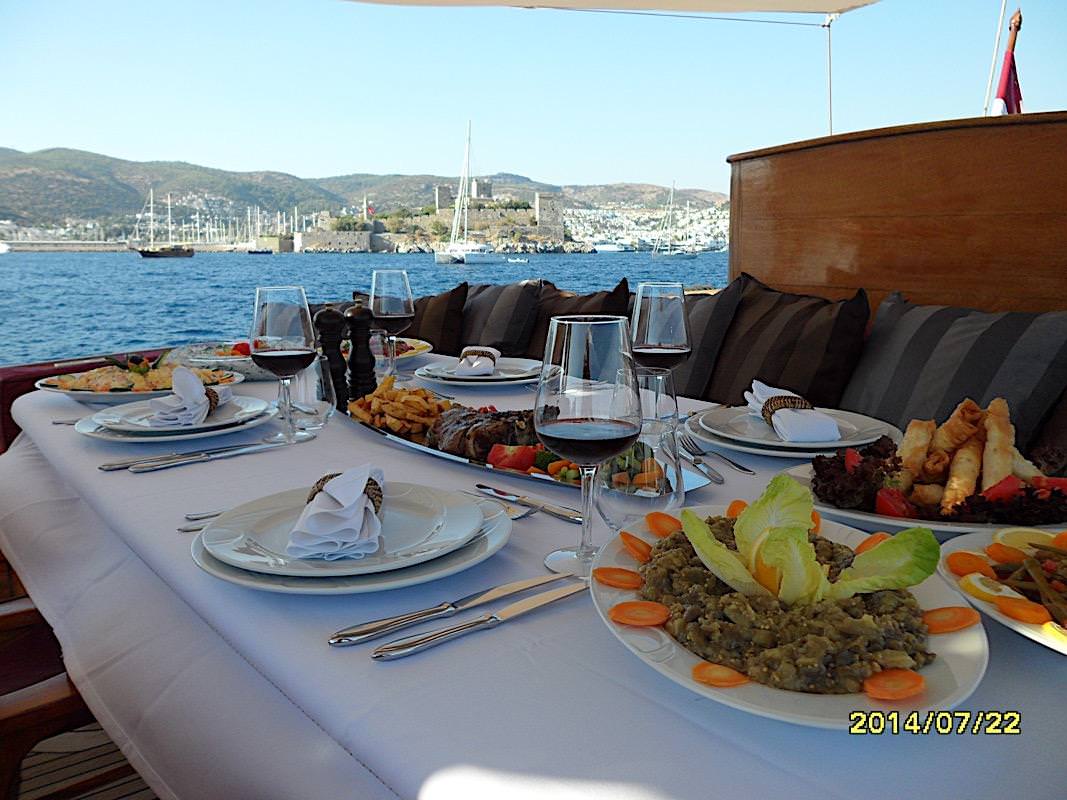 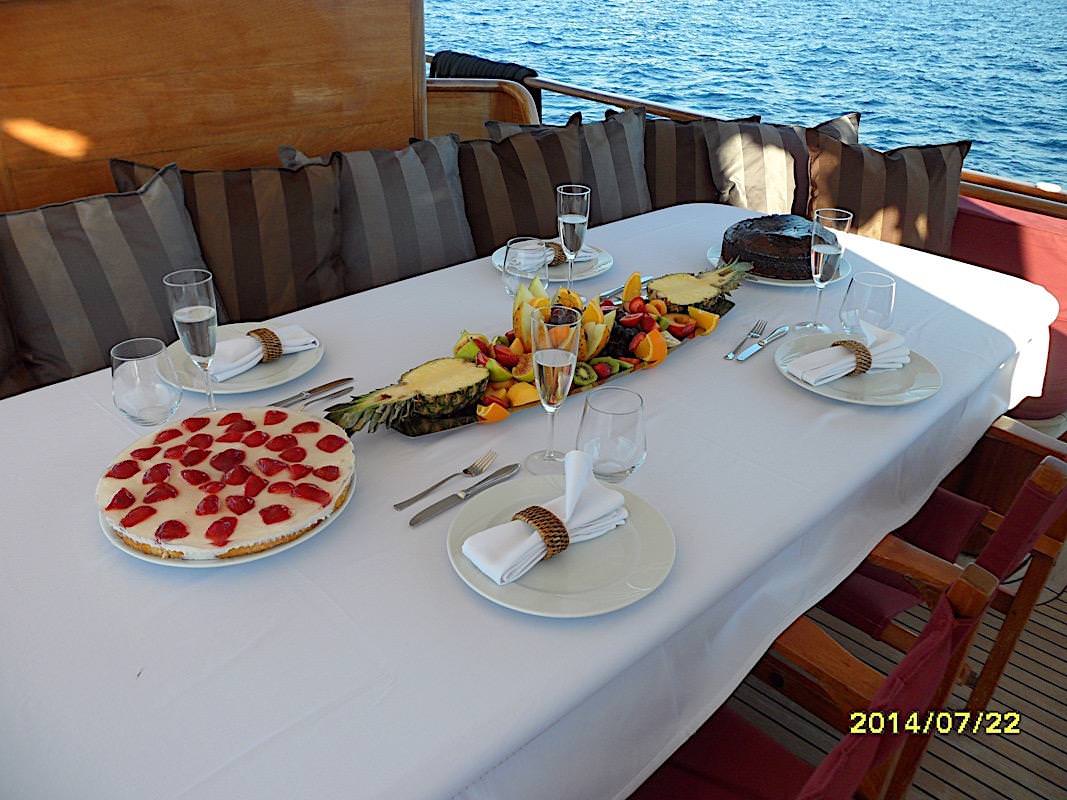 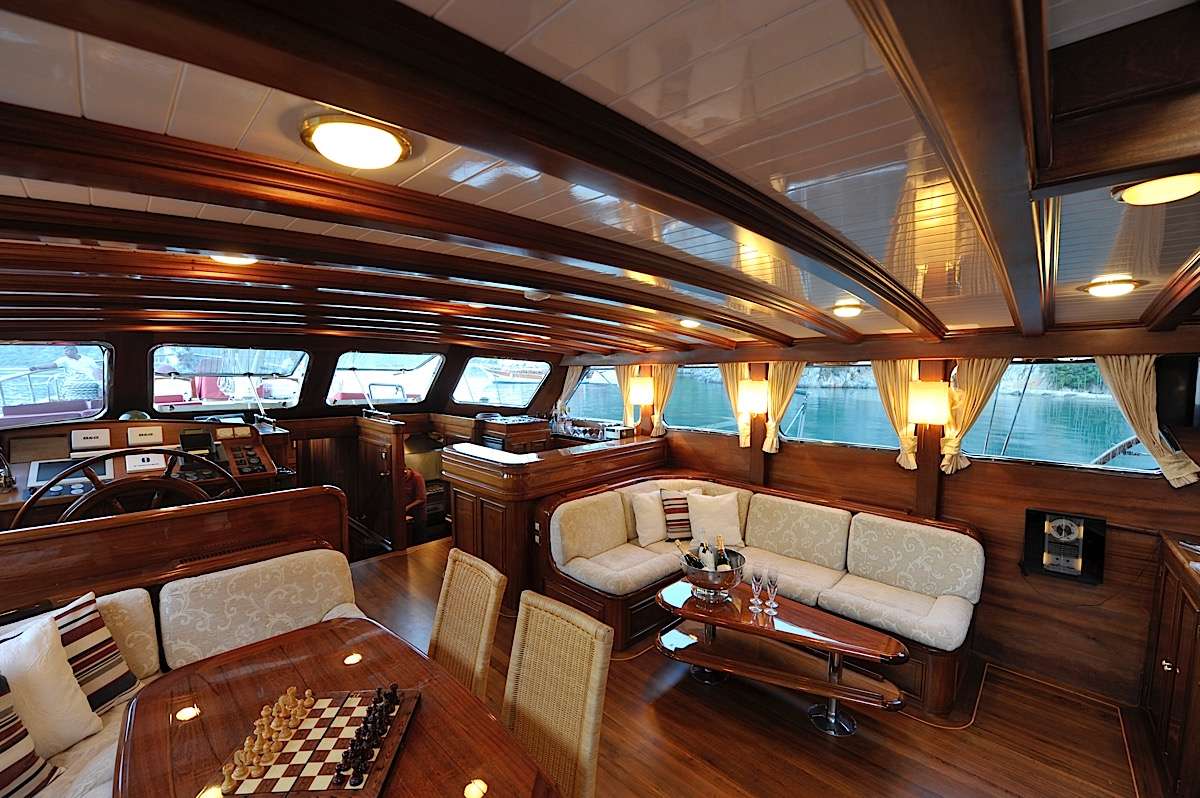 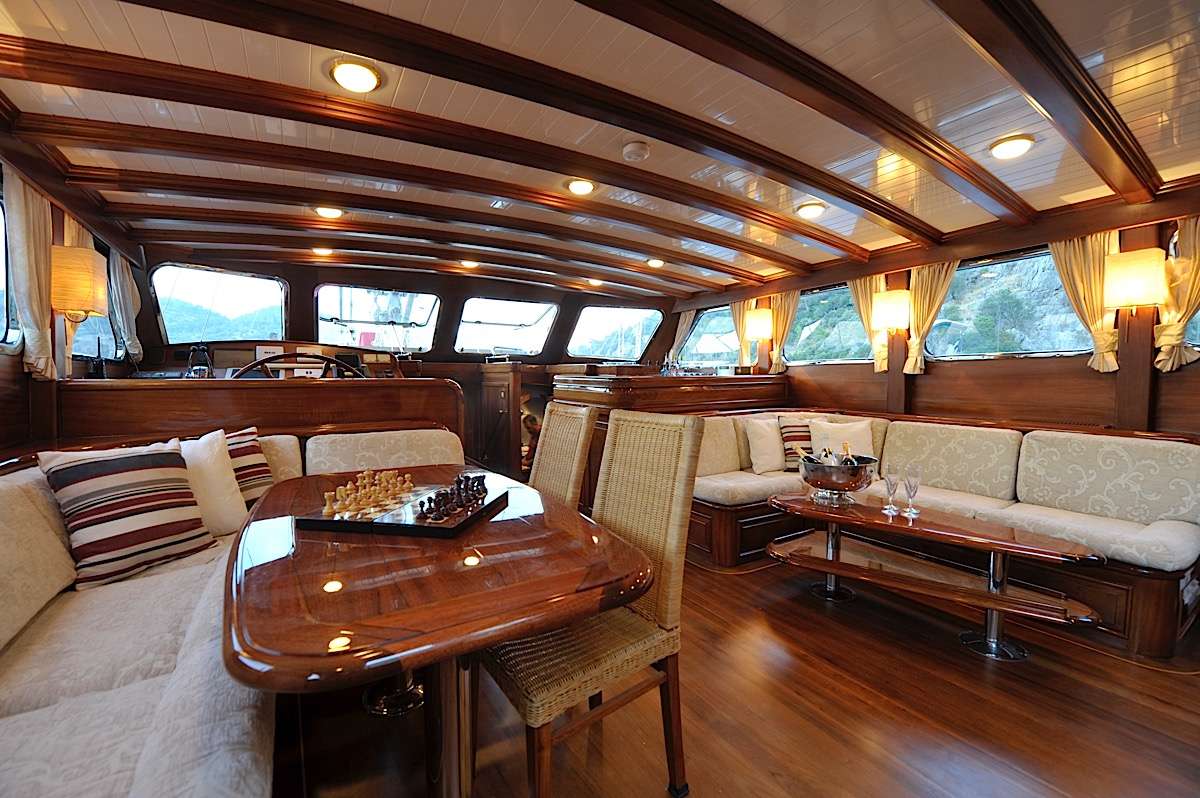 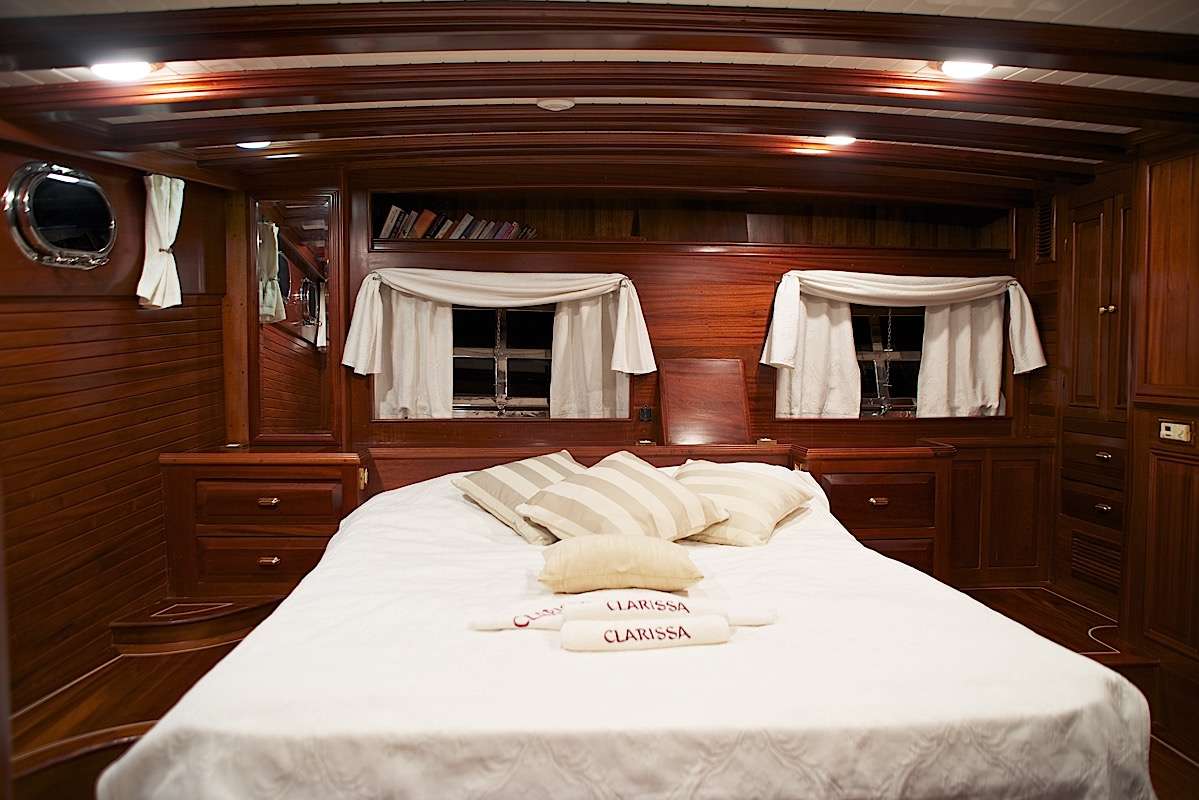 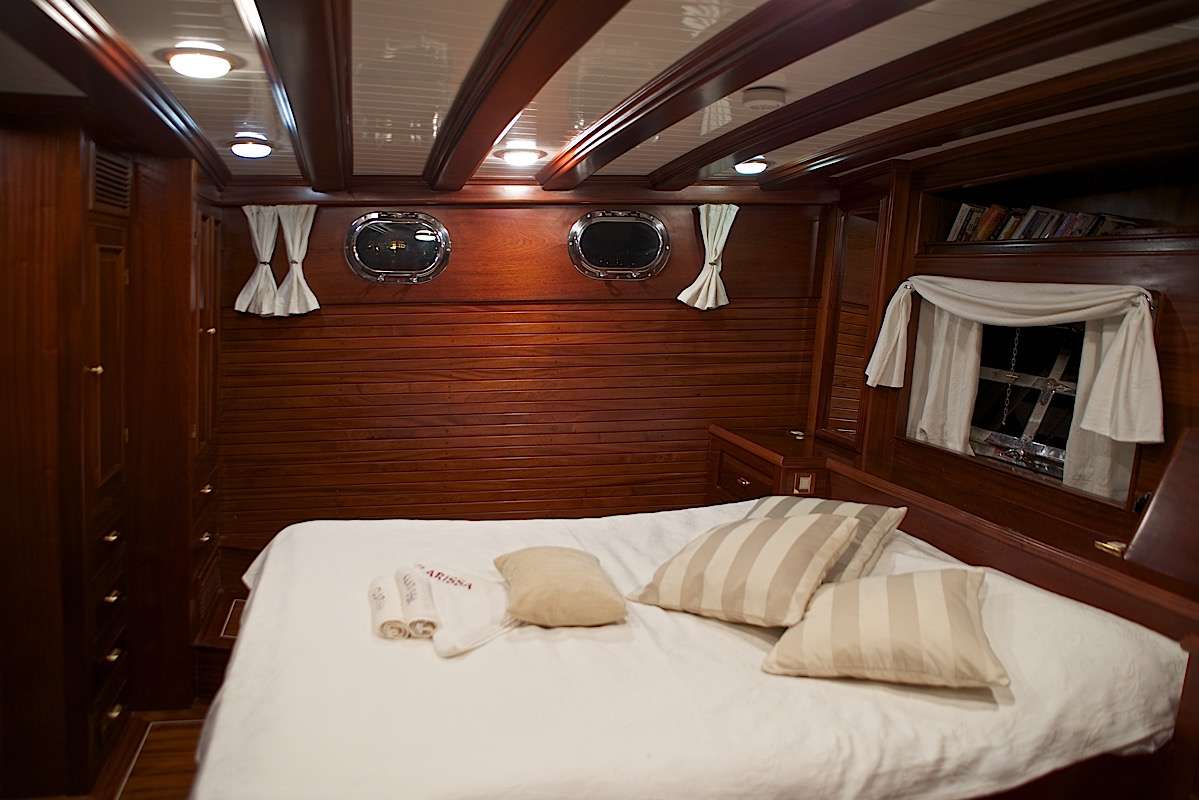 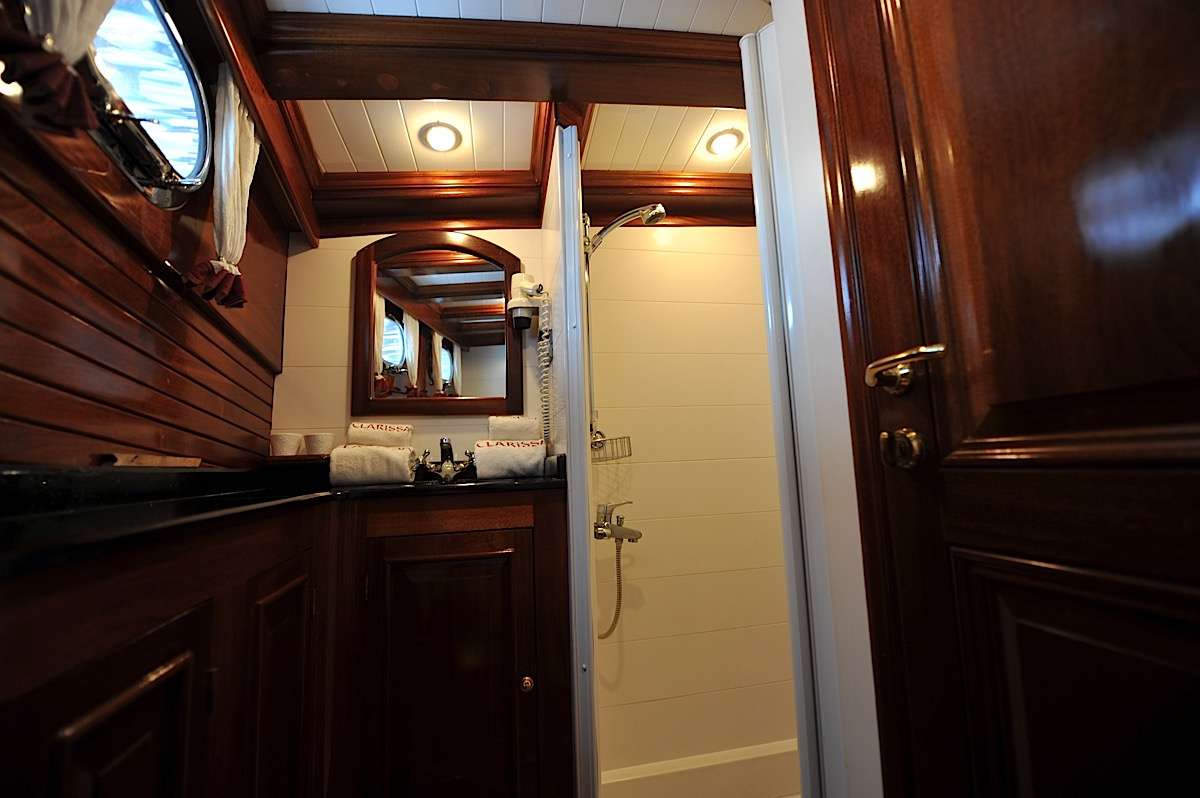 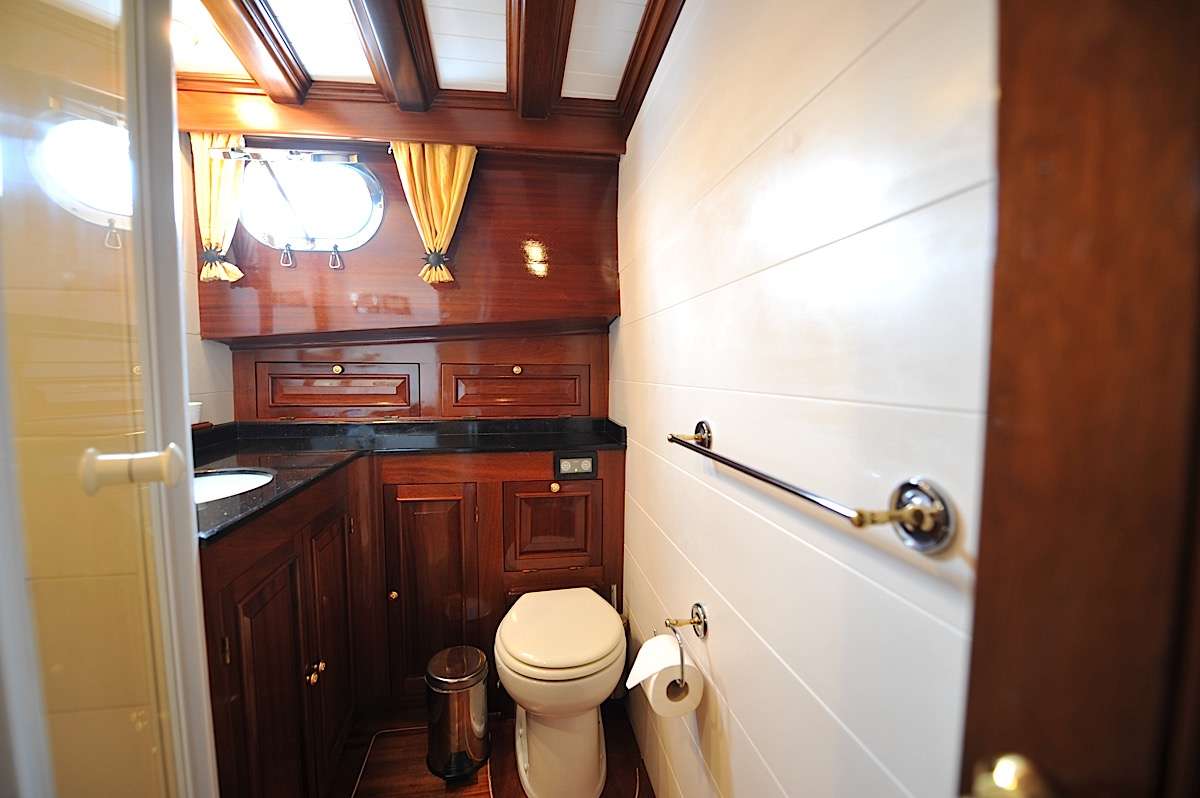 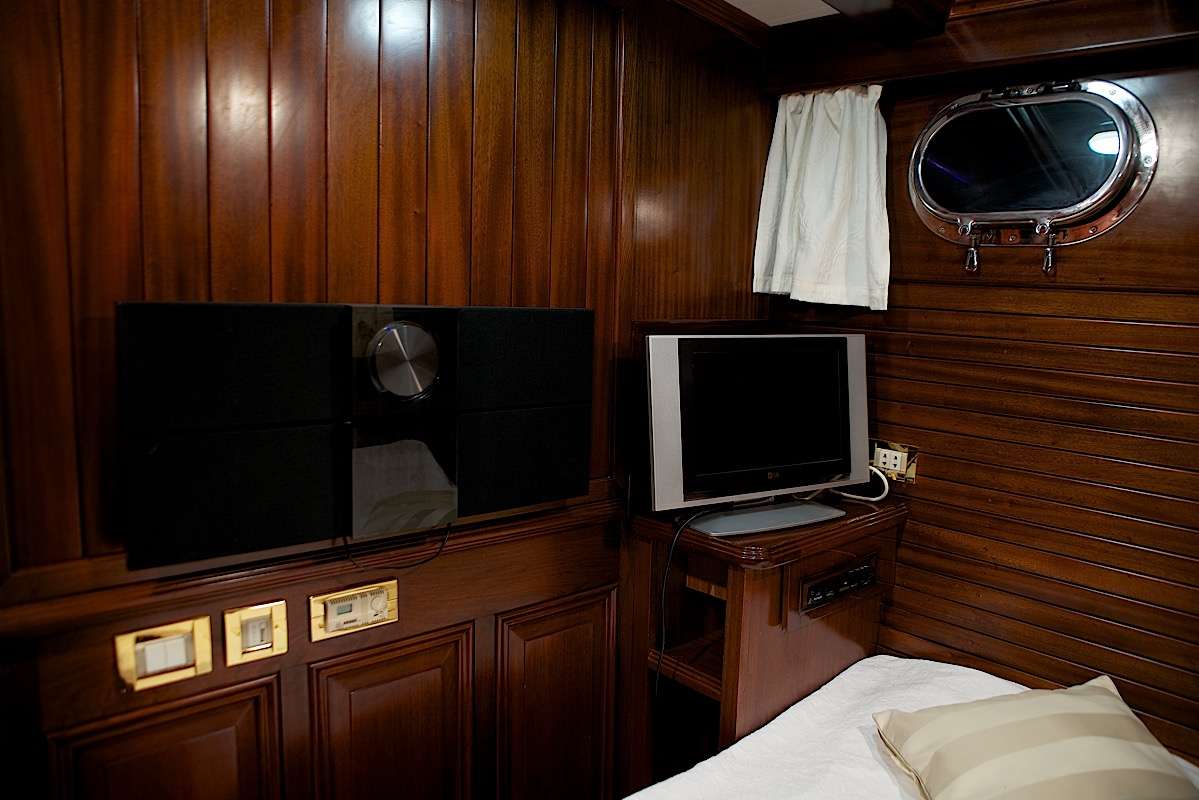 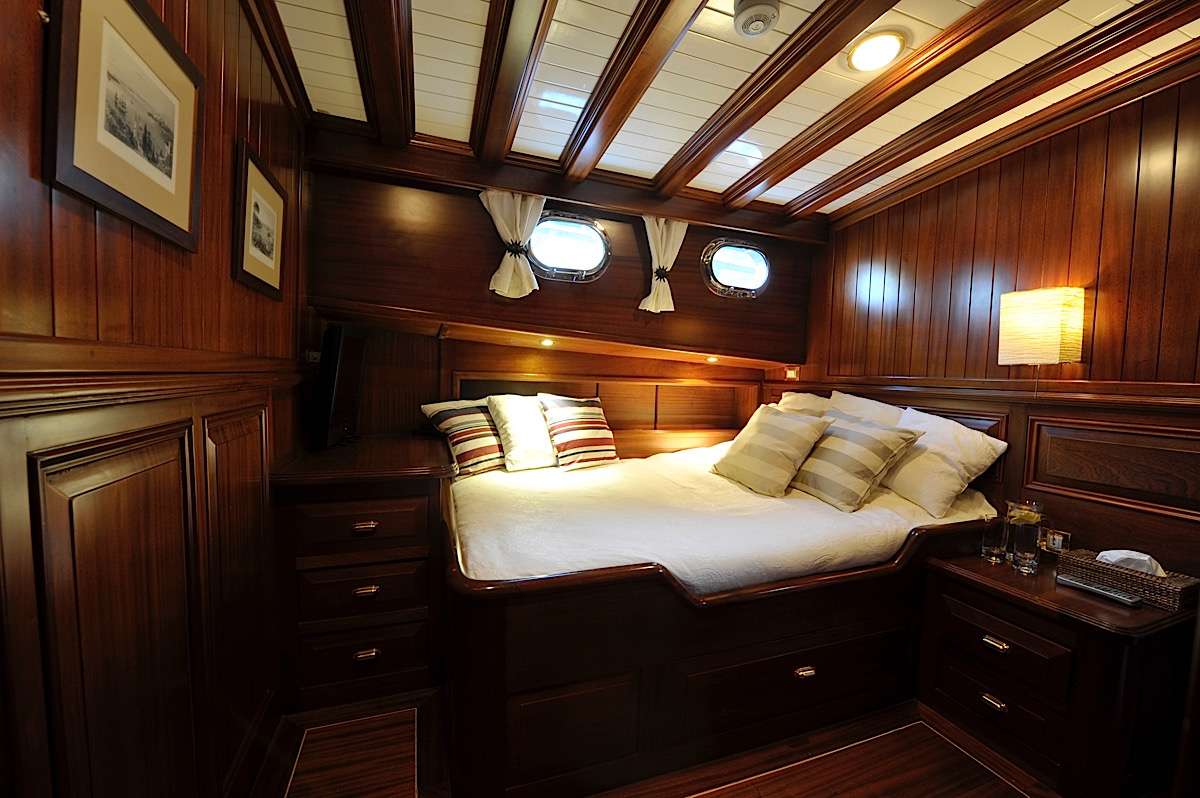 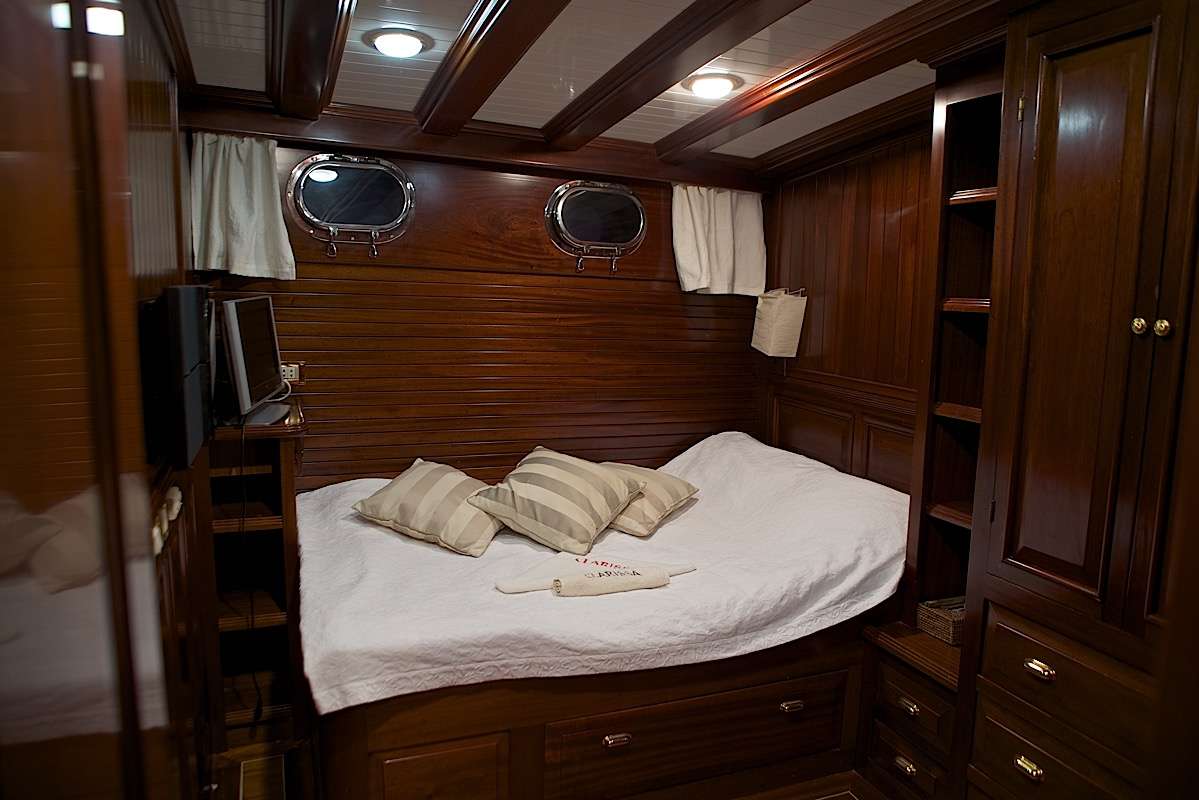 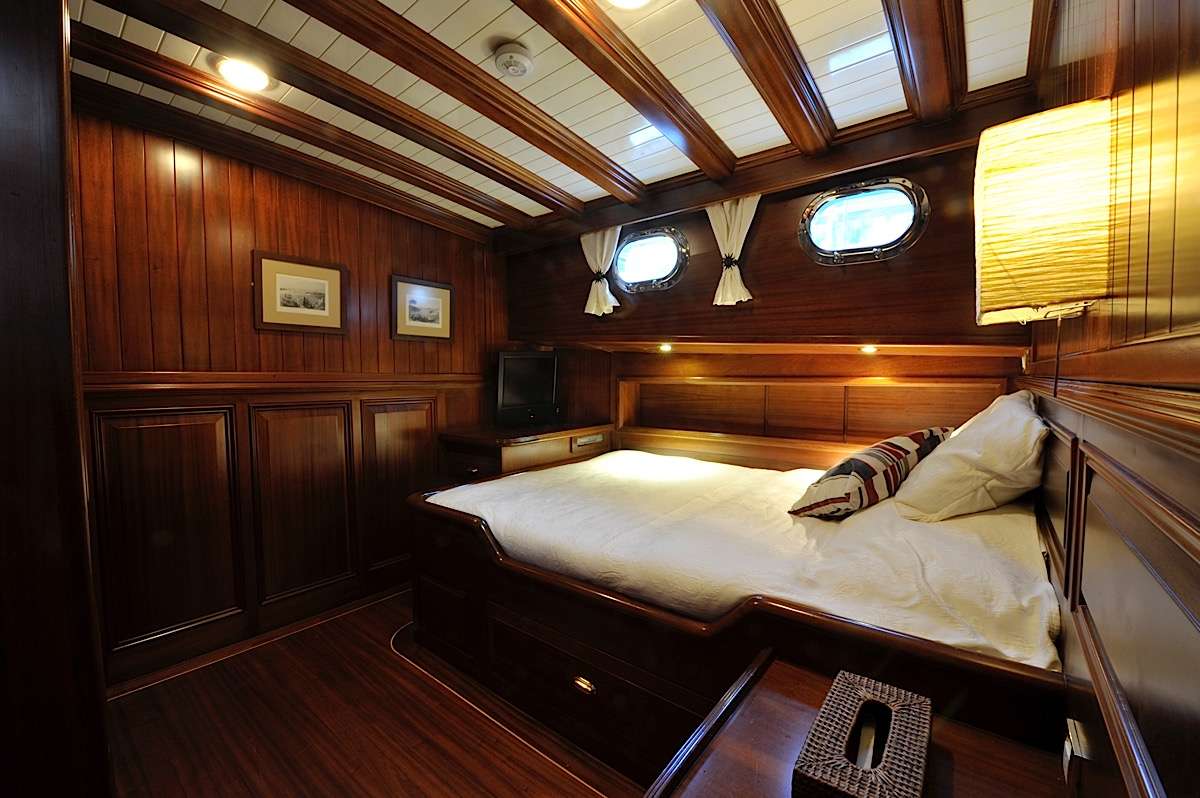 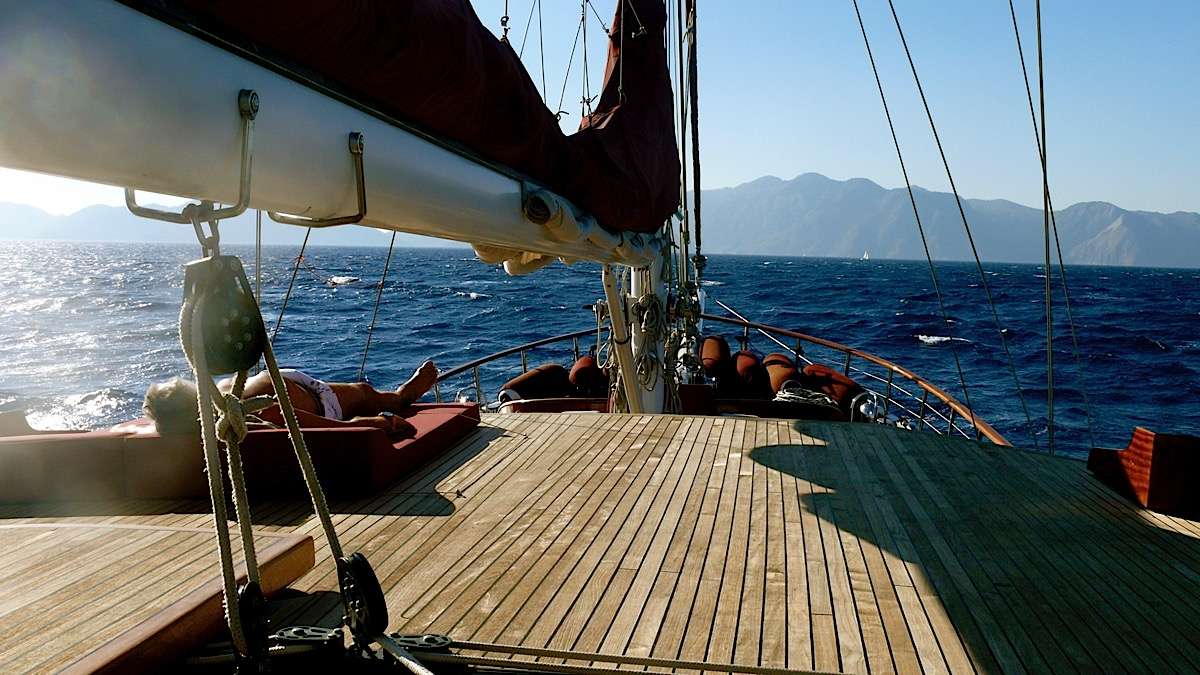 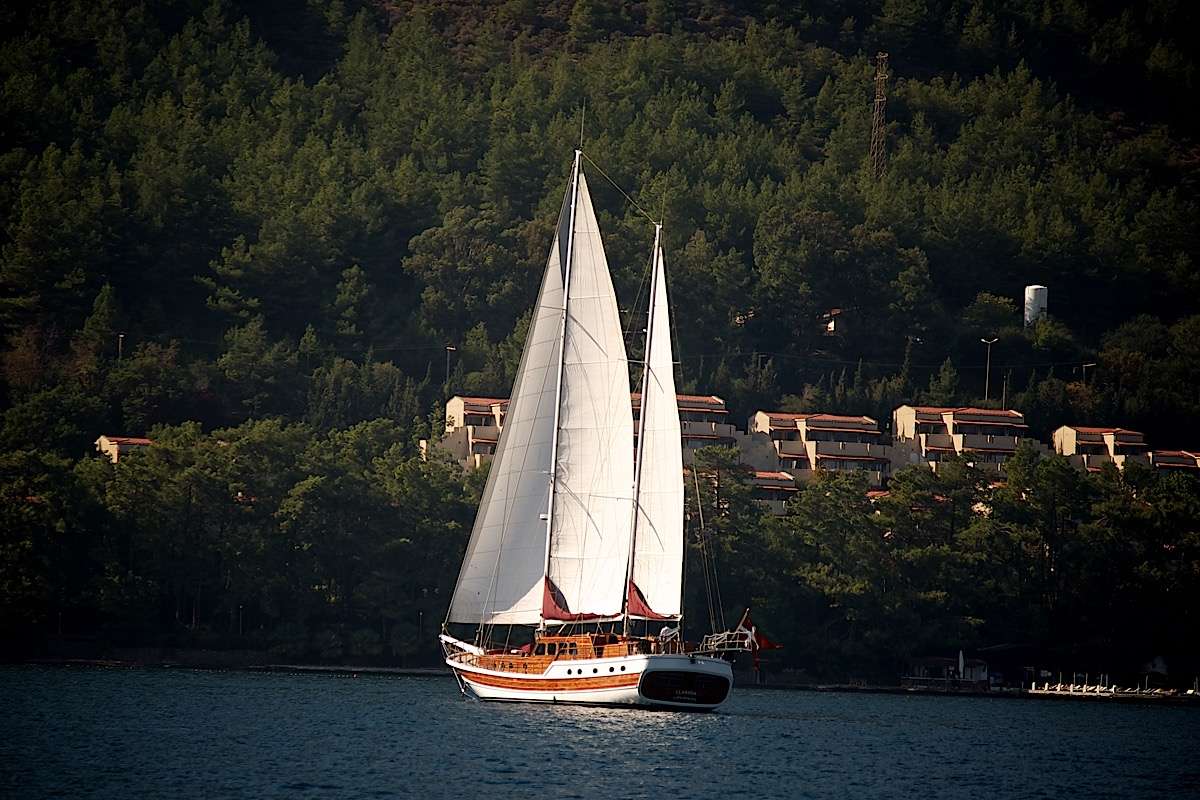 Click Here to Exit
Captain, Erdem Duran
Captain Erdem (37) is a professional charter yacht captain who holds a Yachtmaster Offshore Certificate of Competence, speaks fluent English and has 18 years experience in the field.

Erdem, who grew up in Bodrum and and consequently spent much time on the sea, finished high school and began working aboard charter boats in 1996. His first position in the role of captain came in 2003, when he took the helm of charter yacht, M/S SERANAD A for a single season. The following summer, he took another captain's position aboard the gulet, M/S ENDERIM A. His first and only experience aboard a private yacht came the following year, with his diverse range of skills coming to the fore aboard the 17-metre motor yacht, M/Y SERAP H. In 2005, Erdem was offered a position aboard M/S PRIMADONNA, one of Turkey's most popular charter yachts, and this was a true turning point in his career. His easy-going nature endeared him to charter guests and he was soon attracting generous amounts of praise from people of all nationalities and from all walks of life.

Erdem joins M/S CLARISSA as a highly experienced, English-speaking captain who aims to create the perfect charter experience for his guests. Erdem is married, is the father of two children and is an avid fisherman, sailor and traveler.

First Mate, Yildiray Celikkanat was born and raised in the port town of Bodrum and like all local lads, spent every chose to switch careers and took up a junior deckhand's position aboard “LADY IPEK”. He stayed with this yacht for 6 years in total, becoming chief deckhand/steward. He joined the yacht, “BLAIR” as a first mate in 2009, a position he held for five years, and during which time he picked up language skills to the extent that he now speaks fair English. Three years ago, Captain Erdem sought Yildiray out to join his team aboard “CLARISSA” and Yildiray he realised his passion for sailing.. relishing the opportunity to sail across the Eastern Mediterranean and explore the Adriatic. Yildiray is full of fun, good-natured and always on hand to assist CLARISSA's guests with excursions ashore and water sports activities. Yildiray is a father of three and his experience with children makes him excellent company for the youngest members of the charter party.

Kenan Tirman is a native of the Bodrum peninsula. Kenan has a natural affinity for the sea and has worked on various yachts since he graduated from high school. Kenan’s winning smile, outgoing personality and knowledge of conversational English sees him perfectly suited to the role of “Guest Relations Officer” aboard CLARISSA - a position he has held for the past three years. Kenan is happy and very much at home on the sea. He is a keen fisherman, finds sailing CLARISSA exhilarating and in his spare time, enjoys nothing more than to read a good book.

Ship’s cook, Mehmet Eris is from the rural interior of the Aegean region of Turkey. He grew up in a farming family and was always pottering about the kitchen, learning from his mother and grandmother the art of traditional Turkish cuisine. Mehmet moved to Bodrum as a young man to seek work in the local tourism industry. He worked in a restaurants before moving into the yacht charter sector with a position aboard “KAYA GUNERI” in 2010. He has picked up a fair amount of English knowledge over the years and this assisted him when he went to work as part of the three-man crew aboard the popular charter yacht, “ PRIMADONNA”. Mehmet enjoyed five years with PRIMADONNA before leaving to work on board CLARISSA. He has been a part of the CLARISSA crew for the past two years — as chef — and loves the opportunity to sail as much as his fellow crew members. Mehmet is experienced in cooking Mediterranean-style cuisine and has a smattering of knowledge from other cultures,too. He is married and the father of two and has a flair for cooking that ensures .