Captain Eric Olejniczak | Canada
Eric has been an avid sailor since he was very young and captivated by stories of his great grandfather, a merchant mariner. While growing up in Poland, he explored the waters around Europe and the Mediterranean. Later he sailed in Australia and Canada. After University, he opened a sailing school & charter company in Vancouver offering classes and charters throughout the Caribbean. Early on, he obtained his MCA 3,000-ton Class IV Unlimited License and has been running large yachts ever since. Over the last 25 years, he has shown countless guests the wonders of many enchanting areas including the Bahamas, Puerto Rico, México and United States. When not at sea, he loves playing tennis, hiking, mountain biking, rollerblading and fitness training of all kinds. Eric is looking forward to sharing his love of the sea and land activities with you.

Chief Engineer Albert Galychanivsky | Ukraine
Albert grew up in a land-locked part of the Ukraine, but always loved the water. As a young man, he competed all over Eastern Europe in the Olympic sport of canoe/kayak sprint racing. Though he dreamed of joining the Marines, he started his career aboard 600-foot Fishing Vessels instead. Albert became a Junior Engineer and went on to study at the Nakhimov Naval Marine Academy. He worked as engineer aboard cargo and container vessels where he traveled most of the world’s bodies of water including The Pacific, Indian and Atlantic Oceans, the Mediterranean, and North, Baltic, Black Sea and the Red Sea. He extensively cruised Antarctica while working aboard a passenger ferry boat. Later Albert became Engineer aboard the Discovery Channel’s Research Vessel, “The Odyssey Explorer”. He transitioned over to Superyachts 8 years ago after obtaining his Chief Engineer Unlimited/Y1 certificate. Albert has over 22 years hands-on experience as an engineer. When not tending to yachts, Albert spends time with his wife and dogs, enjoys playing tennis, solving mechanical problems and dabbling in computer software analytics. He has a very welcoming personality and is looking forward to having you aboard.

Chief Officer Dario Ferguson | Bahamas
Dario comes from the chain of islands known for its sun, sand, and sea... yes, the Bahamas! That’s where he grew up spending all his summers snorkeling, spear fishing, or exploring on a dingy. He always had a passion for the water and as a child would fantasize about the superyachts as they passed by. He said to himself that one day he would be the Captain of a superyacht and is now on that journey. That’s how he became a part of the yachting world and loves it! With 4 years’ experience at a five-star luxury resort and a friendly personality, he ensures premium service aboard M/Y CLAIRE.

Chef Adrian Gonzalez | Mexico
Adrian grew up in the holiday tourist town of Cabo San Lucas, Mexico. After taking third place in a cooking contest as an adolescent, he became captivated by the joys of cooking. One of Adrian’s many thrills as Yacht Chef is exploring marketplaces in foreign lands inspiring him to create fascinating new recipes. He was trained at the Swiss Institute of Culinary Arts and Hospitality (ISU) in Puebla, Mexico. Adrian obtained a position in La Clusaz, France as a Food Operation Manager and added to his knowledge of French Cuisine. Adrian makes Mexican, European, American fusion into an art. After working in several high-end restaurants in Fort Collins, Colorado, Los Cabos, Mexico and Miami, Florida, Adrian discovered the sailing world and became certified as a private yacht chef. He has been in the yachting industry for over 4 years and is looking forward to providing you with a taste sensation to remember. Adrian has a beautiful wife, two teen-age stepchildren and an energetic five-year-old son who fill his time when he is not sailing. He is an avid biker and participates in marathons with his niece and nephew whenever possible. Adrian also has a love of traveling, which makes yachting the ideal career for him.

Chief Stewardess Kelly Olejniczak | Canada
Kelly is a natural born hostess who loves to spoil her guests & make them feel welcome. She grew up in Alberta, Canada graduating with an Honors Degree in Germanic Linguistics. Kelly went on to organize many high-profile special events in Canada & Germany during her subsequent public relations career. Her love of sailing began early on aboard her uncle’s boat & was rekindled through her husband, Eric. She became a Certified Sailing Instructor & opened a sailing school/charter company with him. Kelly holds her equivalent 200-ton Captain’s License and has been yachting professionally for more than 25 years. She takes delight in showing her guests the beauty & magic of sailing grounds in Canada, Australia, the Bahamas, Puerto Rico, Caribbean, Bermuda, United States, México and beyond. Outside of yachting, she enjoys fitness, health & wellness, animals, nature, hiking, and mountain biking. Kelly is looking forward to treating you to a delightful vacation you’ll remember for a lifetime.

2nd Stewardess Lymne Dahl | Philippines
Lymne was born and raised by the seaside in Carles, Iloilo, Phillippines. She graduated from the Maritime University with a Bachelor of Science in Cruise Ship Management. After college, Lymne completed her on-the-job training in the field of hospitality at various hotels before landing her first role on a superyacht for the King of Saudi Arabia in 2008. Lymne has a wealth of knowledge in the interior of large and small yachts. She is proficient in looking after interior duties with ease and is looking forward to treating you to a wonderful time aboard. Lymne is a mother of two, fluent in Hiligaynon, Tagalog and English. In her spare time, she enjoys cooking, dancing, singing and spending time with her beautiful children and family.

3rd Stewardess Mayra Bello | Mexico
Mayra was born and raised in Morelos, south of Mexico City. She spent 4 years in the U.S. learning English and finishing her studies in travel and tourism. Before joining the yachting industry in 2013 Mayra worked aboard cruise lines for three years as a waitress. Mayra enjoyed going around the world to different countries and exciting destinations. She found her real passion in yachting as a perfect field to combine travel and her hospitality skills. Mayra has taken different courses to work aboard superyachts and considers education a very important tool for all aspects of life. Mayra is very active, happy person, enthusiastic about life, and enjoys sharing her knowledge with others. During her free time, she enjoys fitness, salsa dancing and spending time with her friends and family. She has always been interested in working with different cultures and was drawn early into the hospitality field.

Bosun Joel Albury | Bahamas
Joel was born and raised in Exuma, Bahamas and has a passion for boating like his forefathers. He later moved to Nassau in high school where he played water polo internationally while furthering his interest in yachting. He has a special love for the ocean and also loves fishing. Joel has been yachting for two years. He is a naturally friendly and fun person who loves to make his guests smile.

Deckhand Greg Walsh | South Africa
Greg hails from the sun-kissed African shores of Durban, South Africa where the ocean is always nearby. While working behind the bar during his University Studies (both Psychology and Commerce), he developed a passion for the hospitality industry. Greg involved himself with all aspects of food & beverage eventually owning & operating a chic 200-seat Italian restaurant. He then transferred these skills to the megayacht industry. When not yachting, you can find Greg doing a variety of adrenaline-inducing activities such as paragliding, skydiving, shark diving or mountain climbing. He’s eager to show you exciting water adventures during your stay. 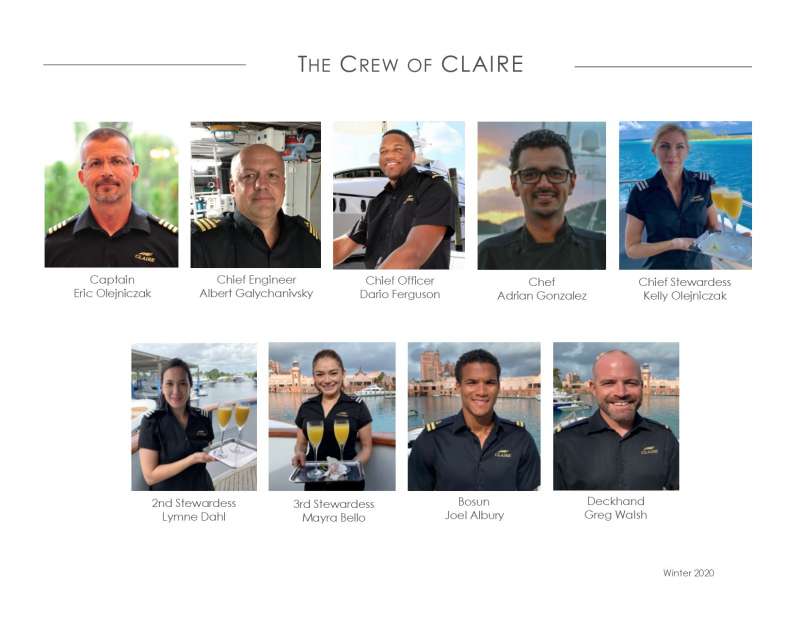 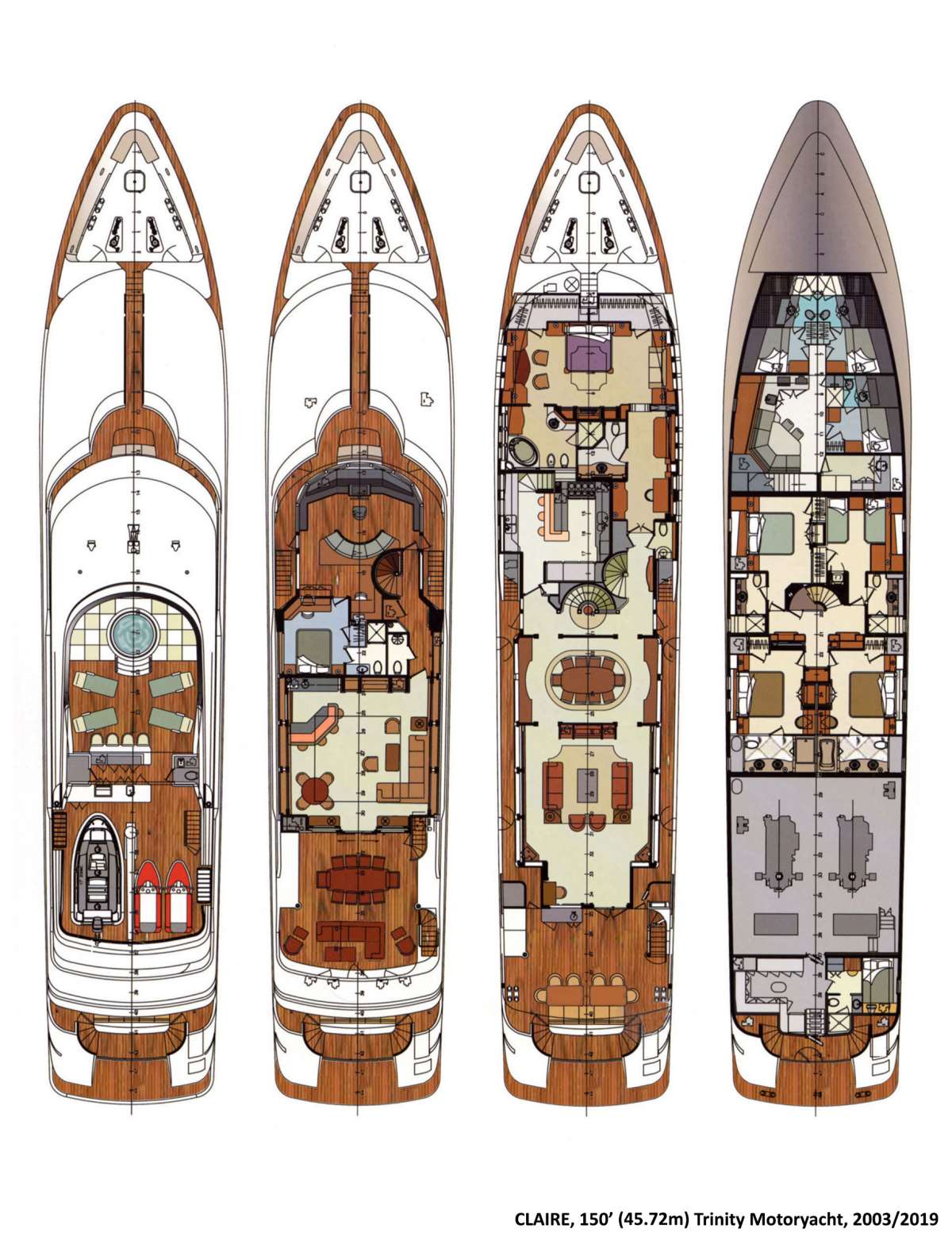