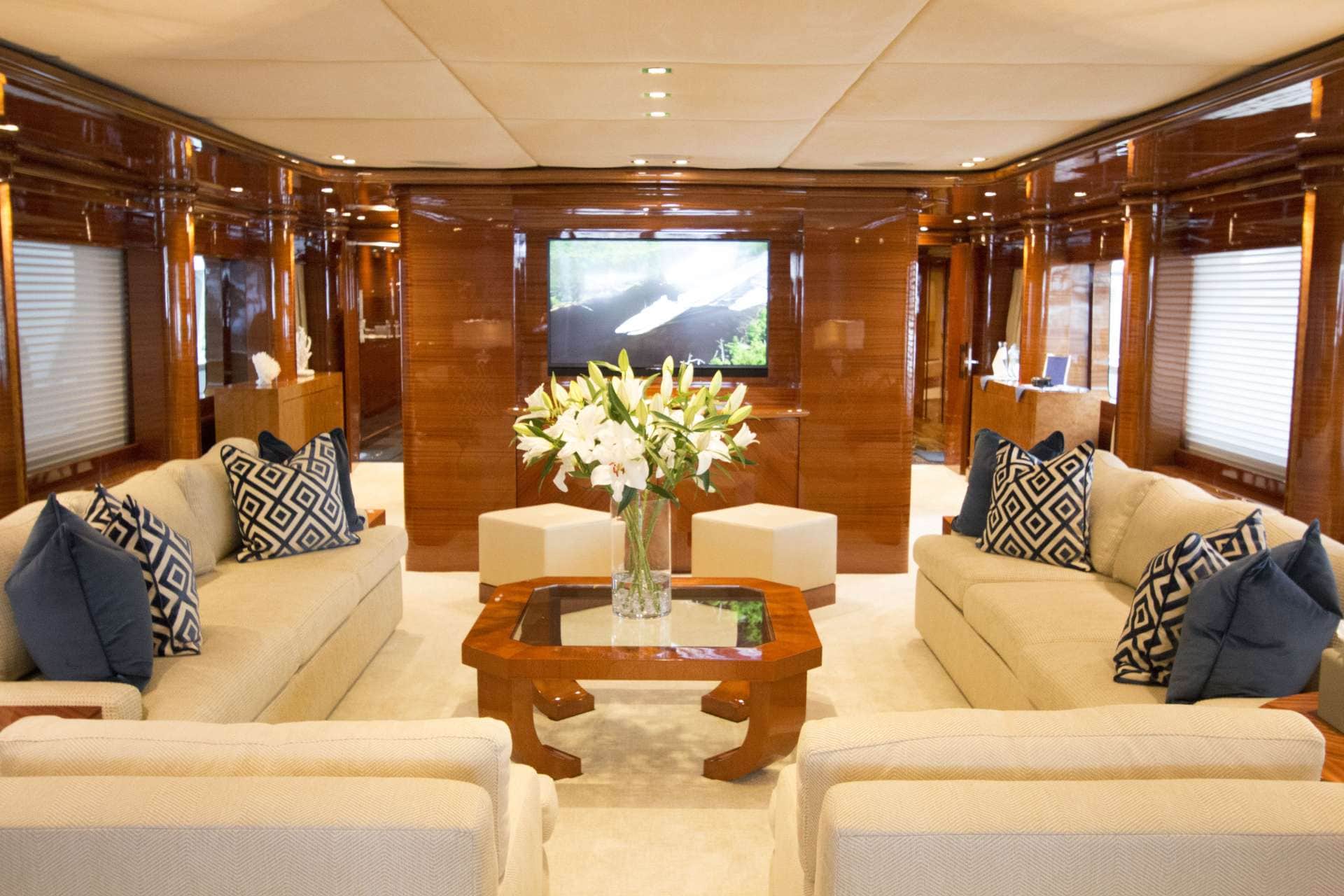 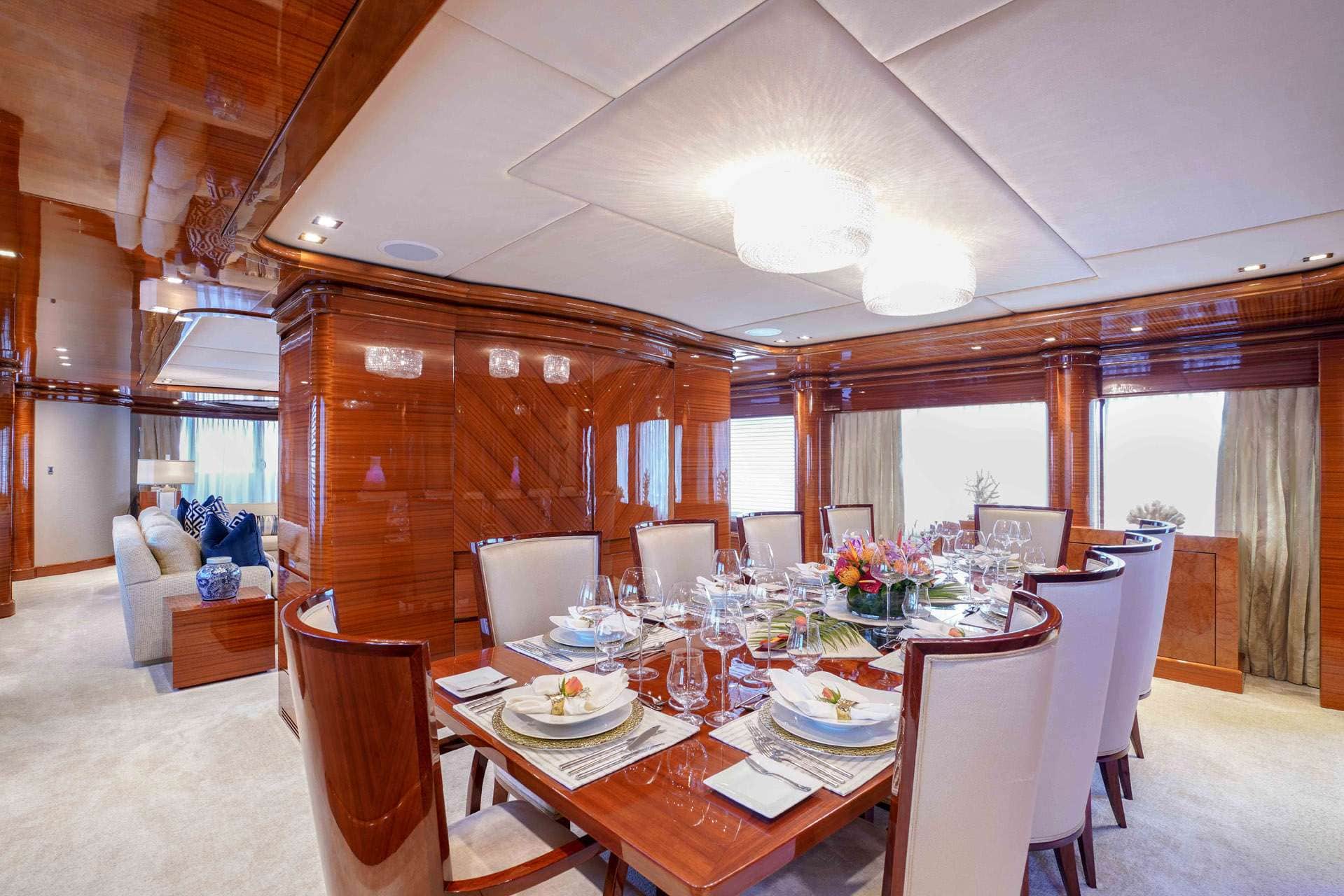 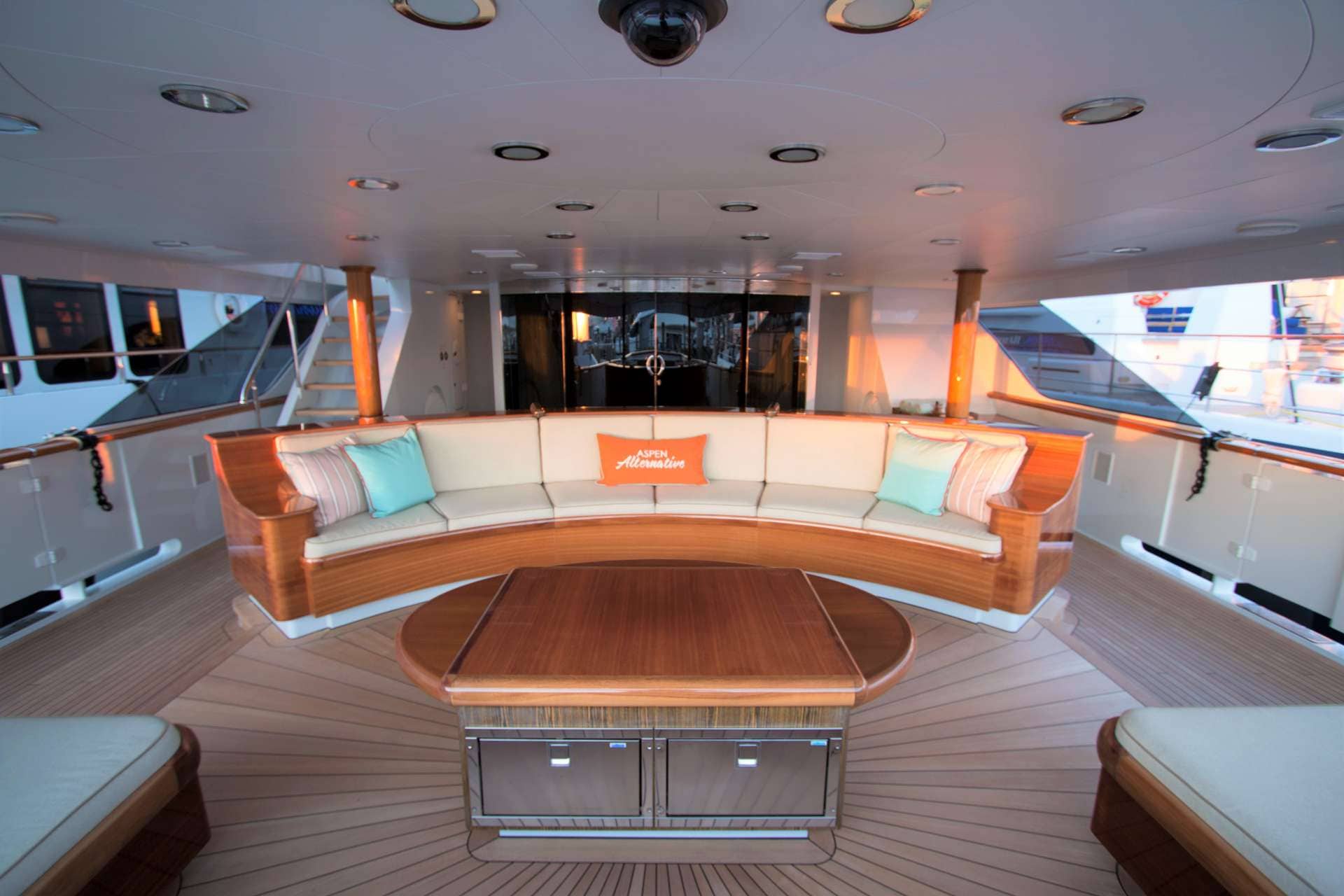 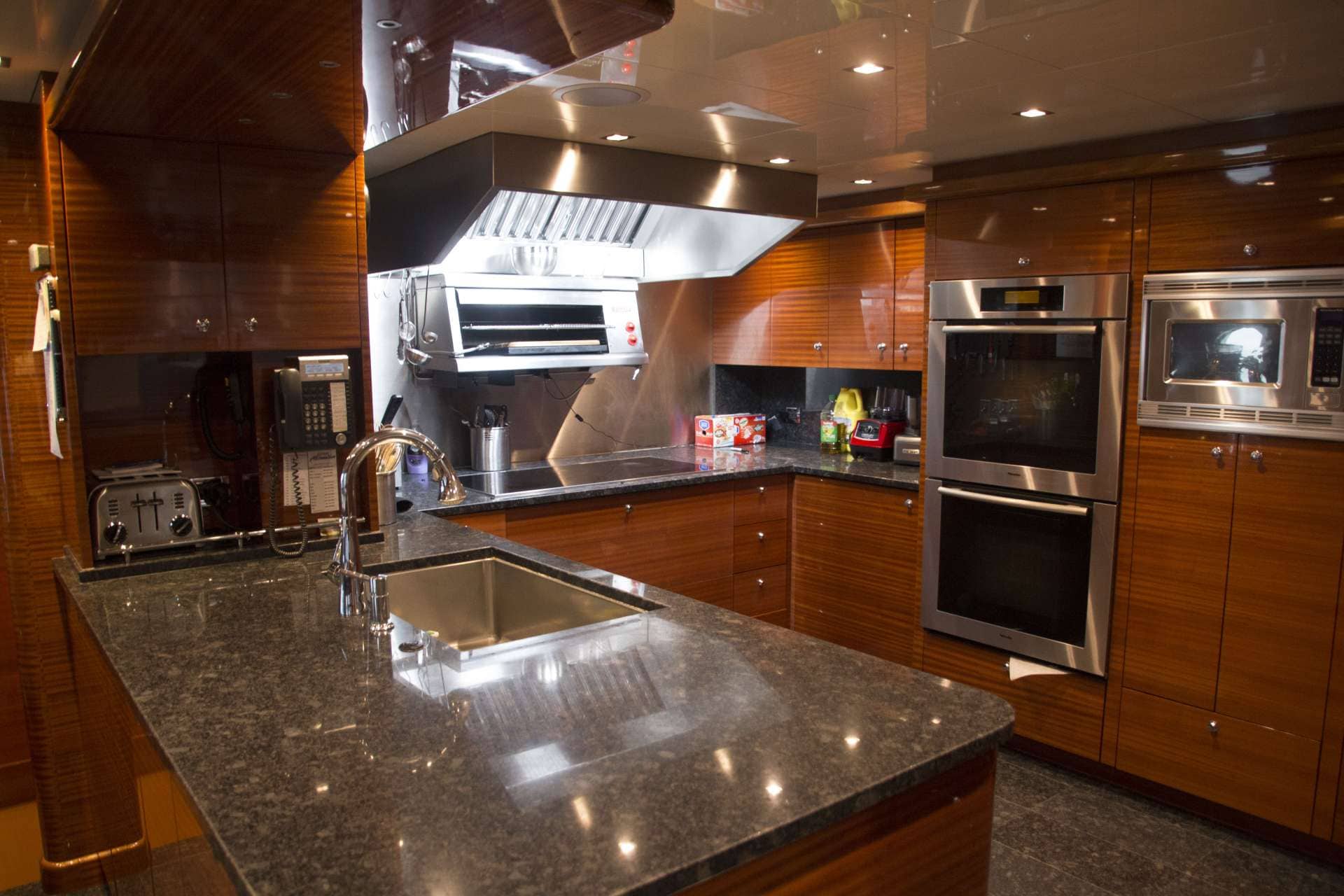 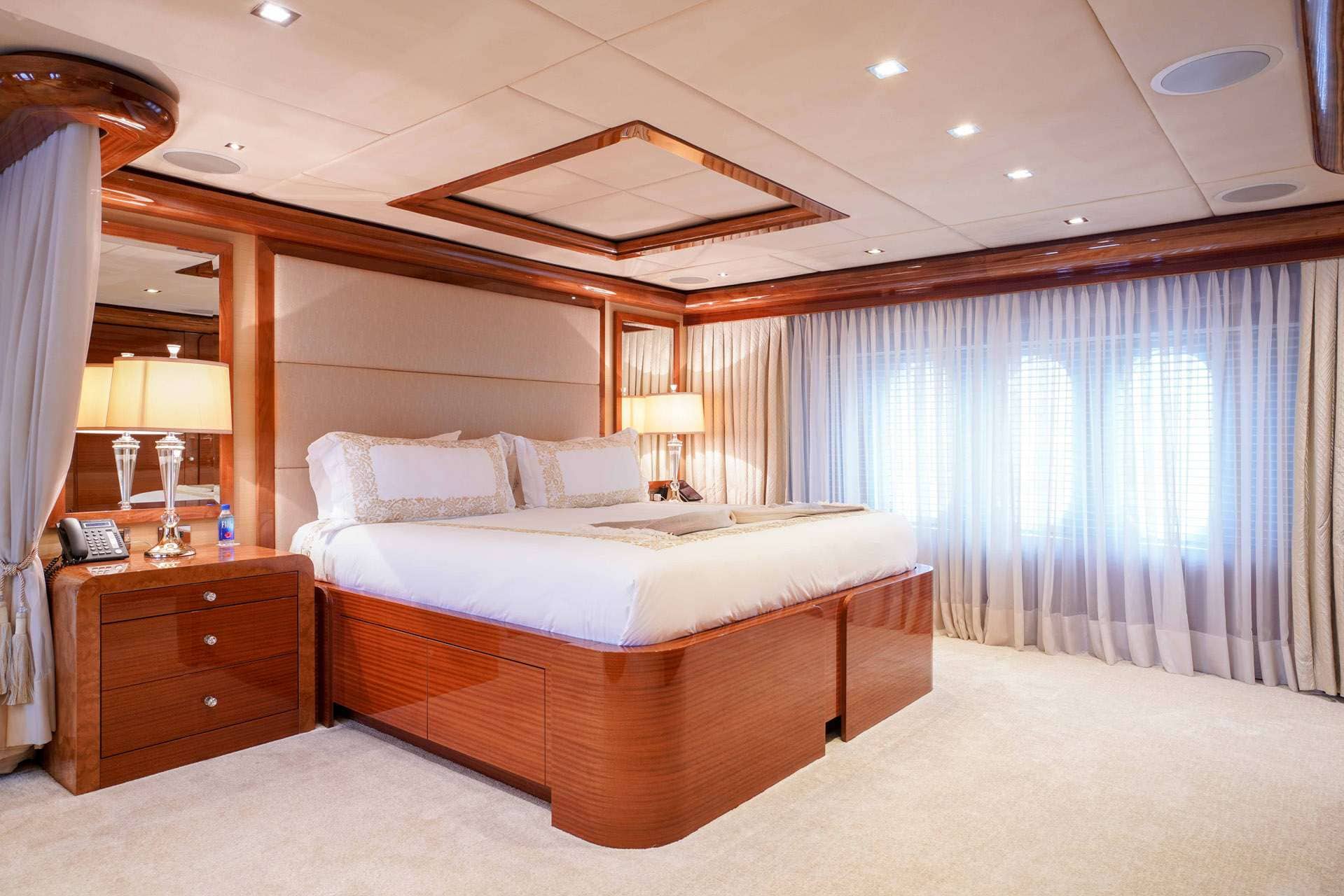 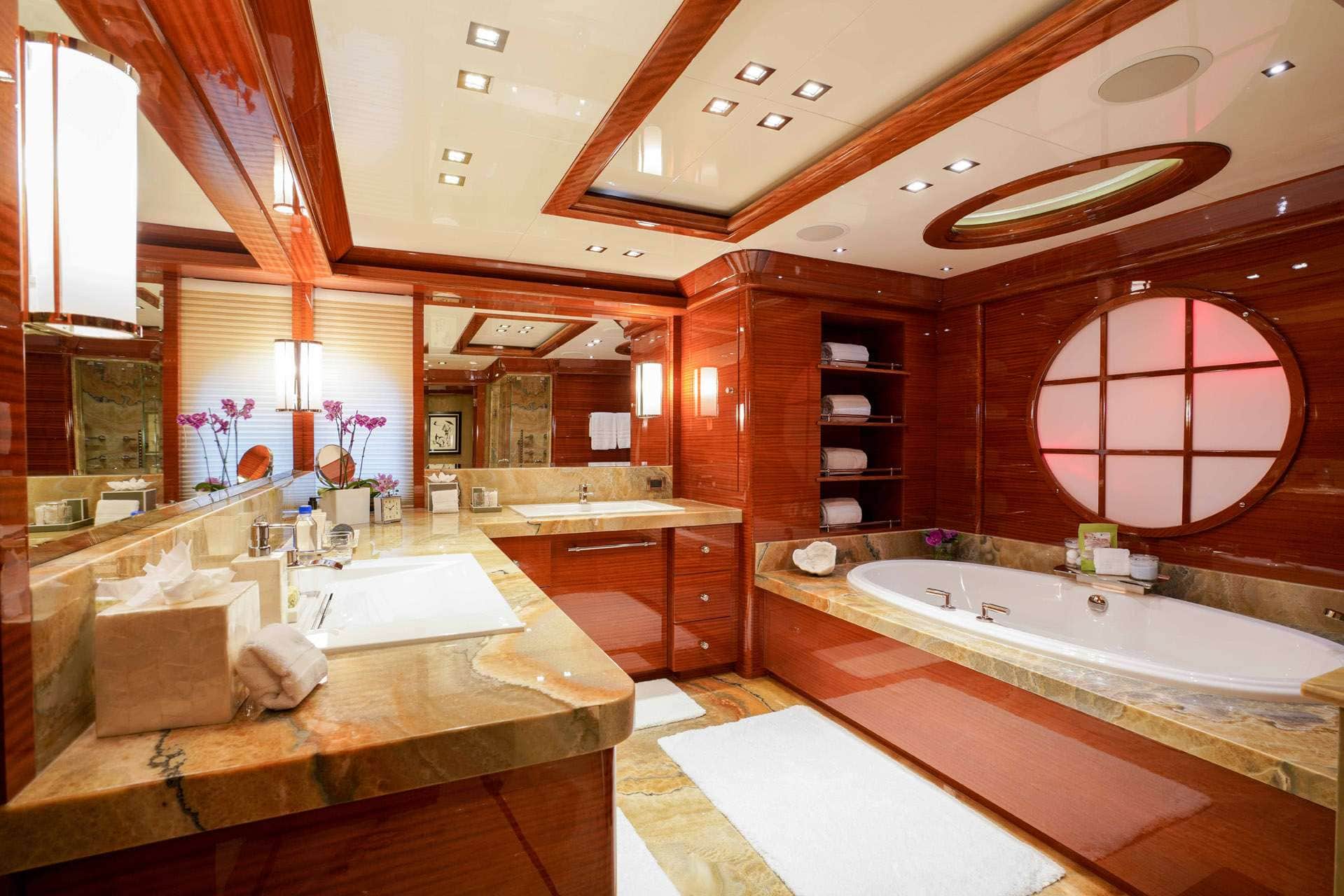 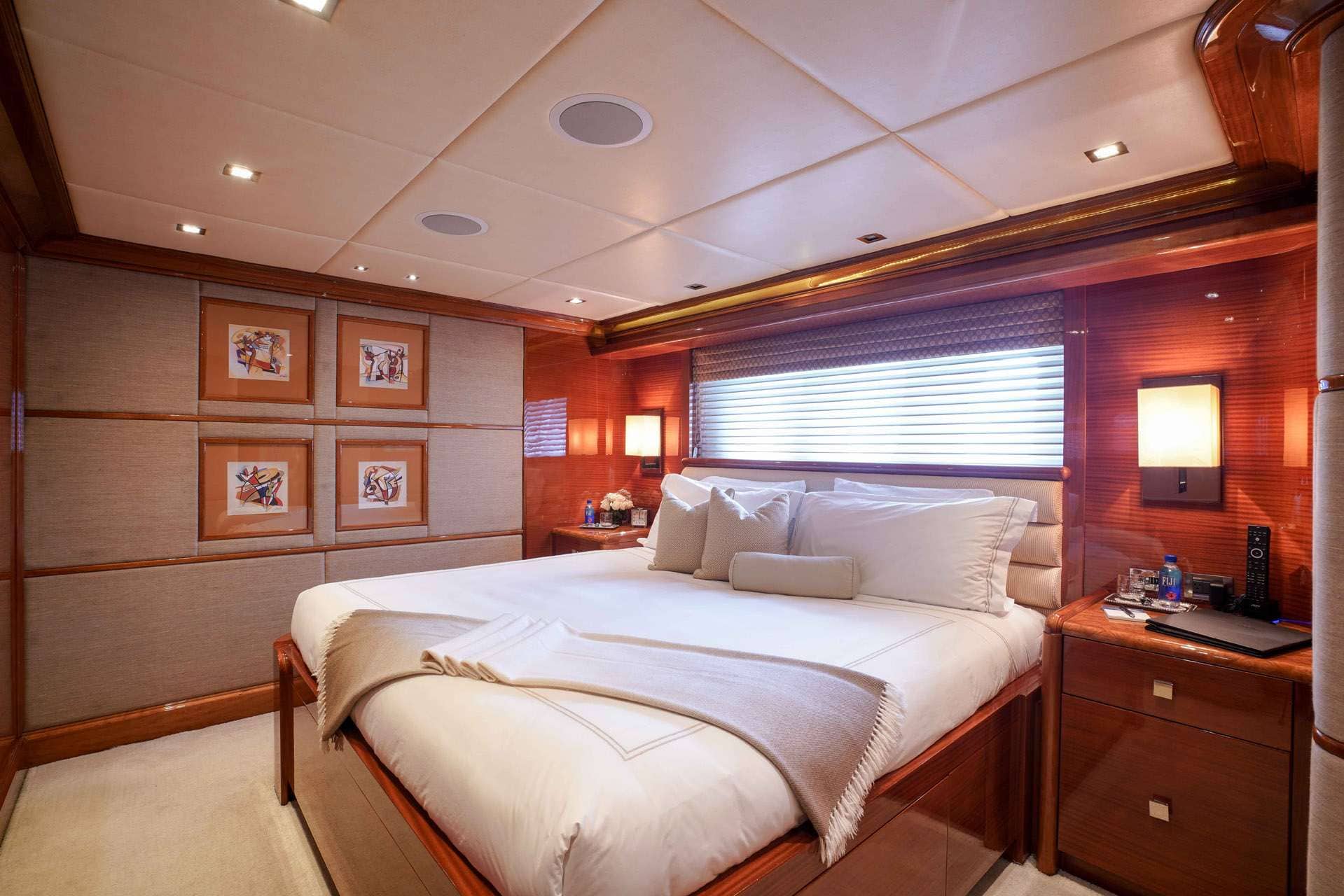 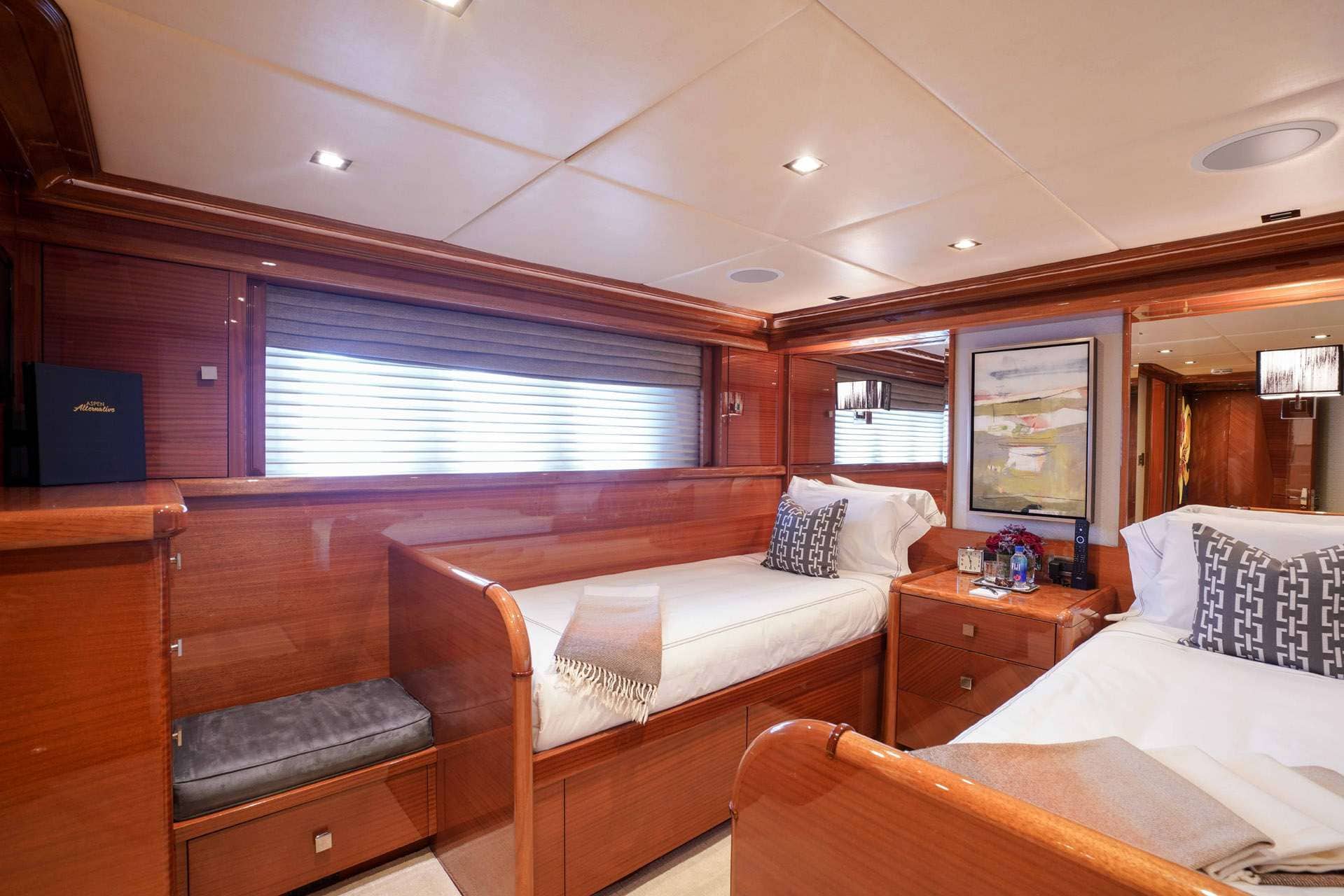 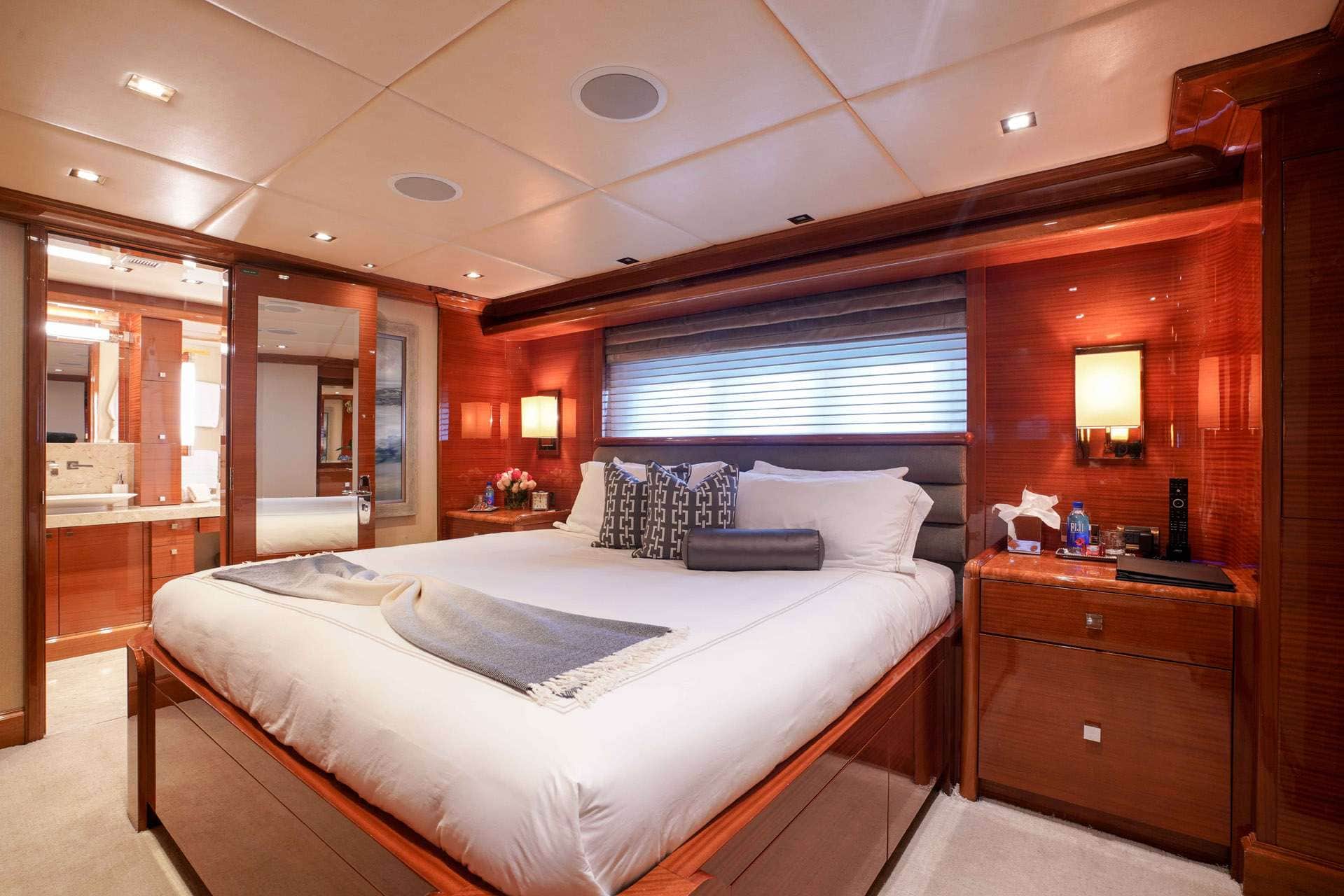 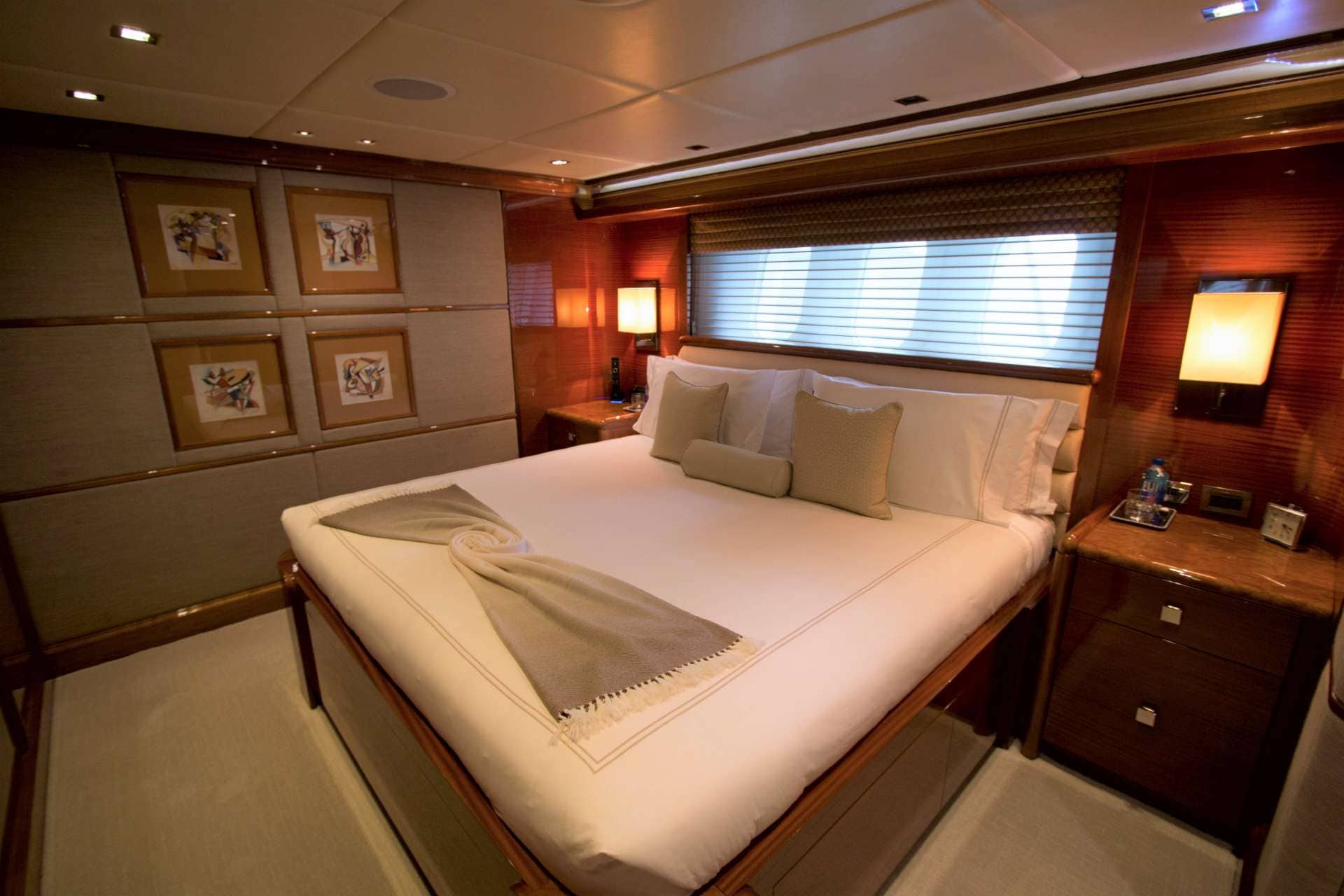 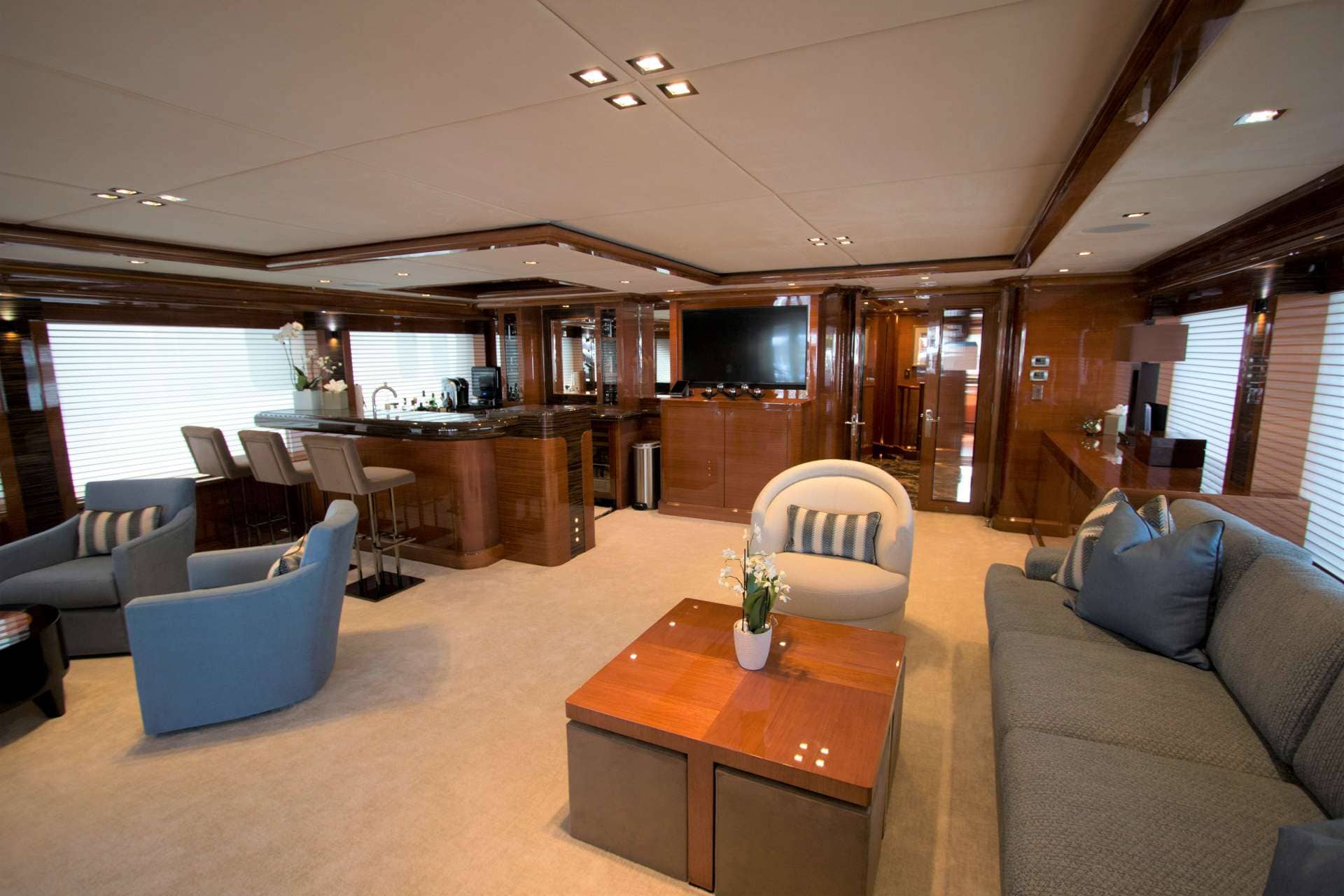 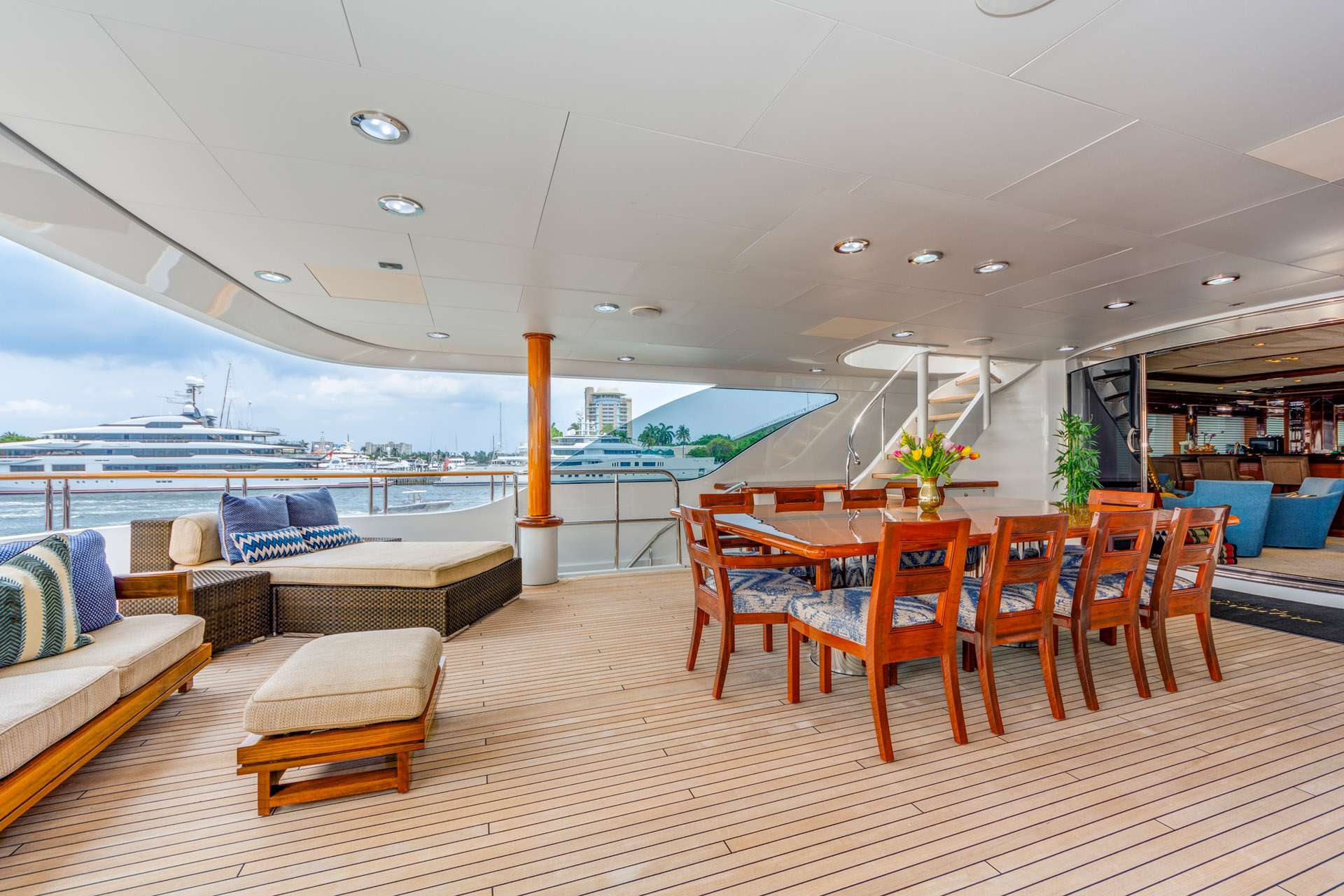 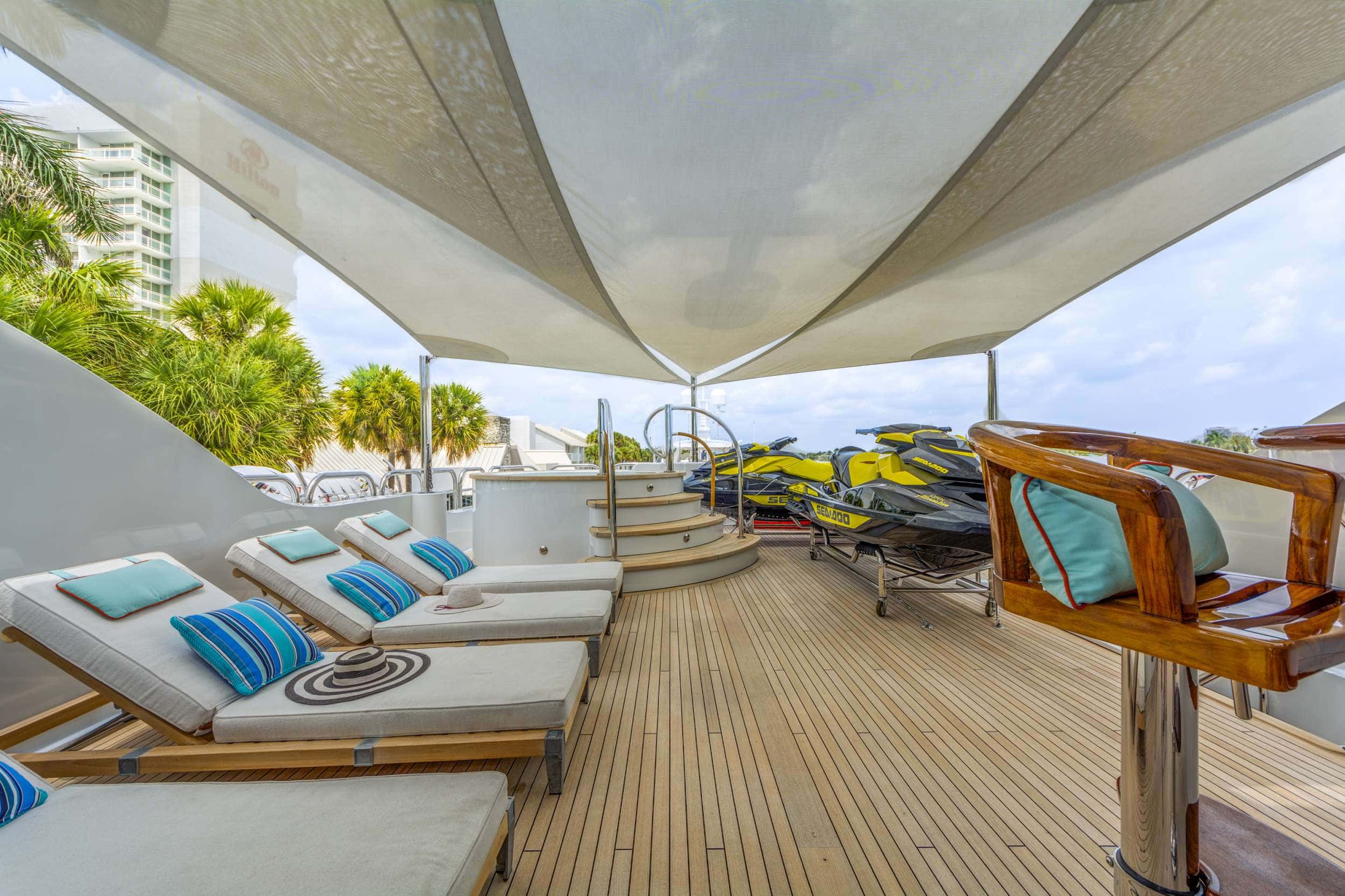 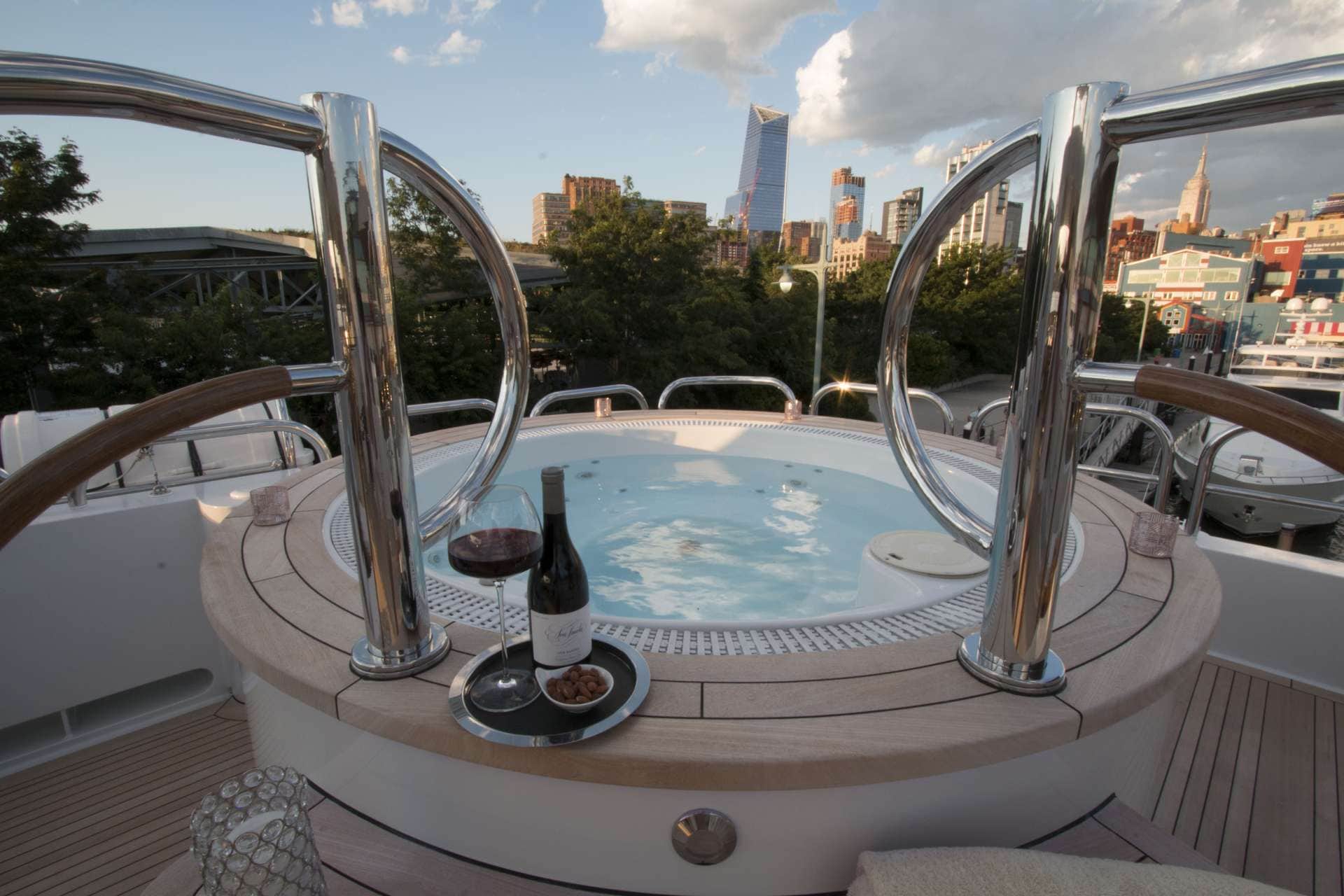 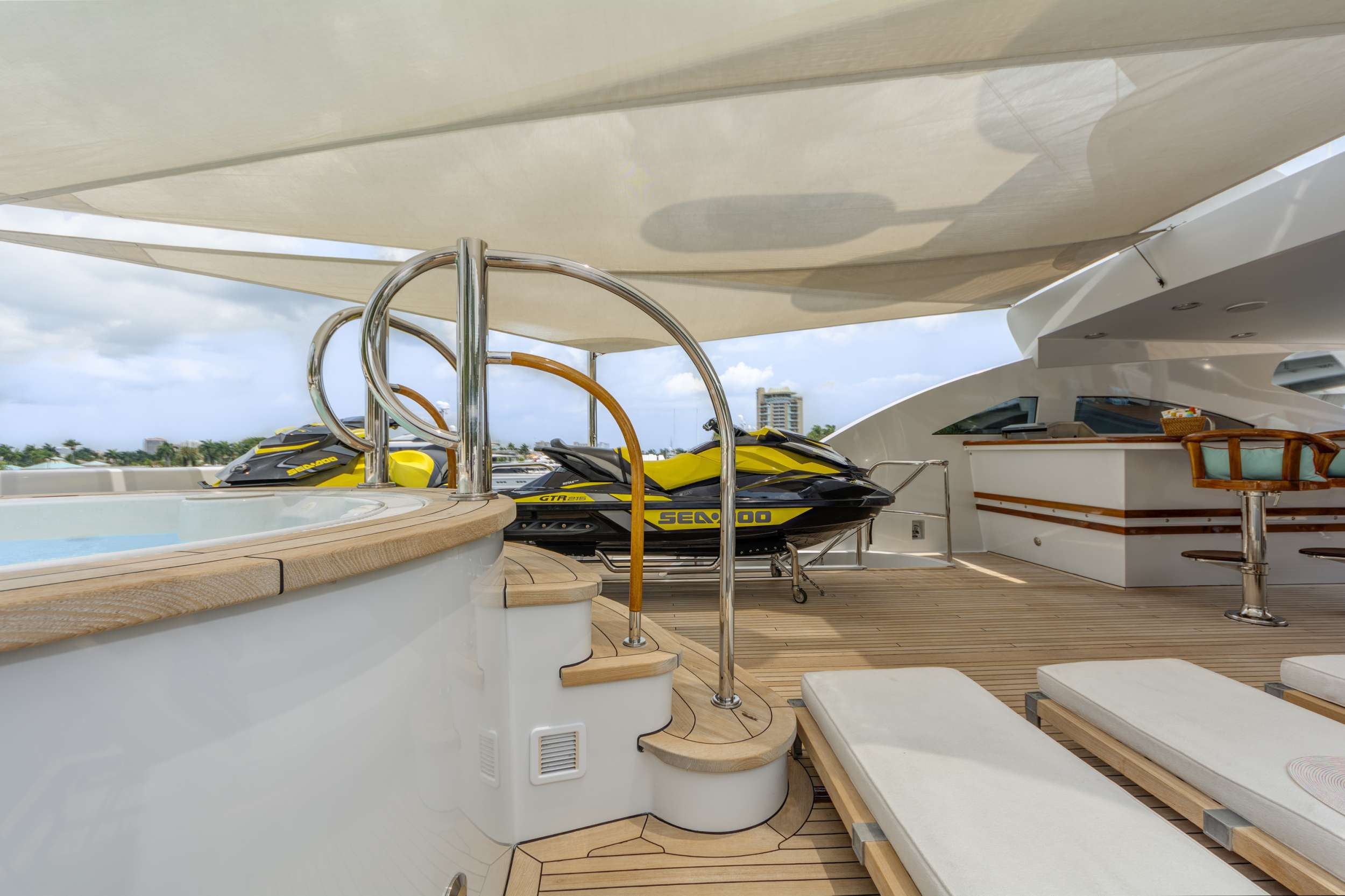 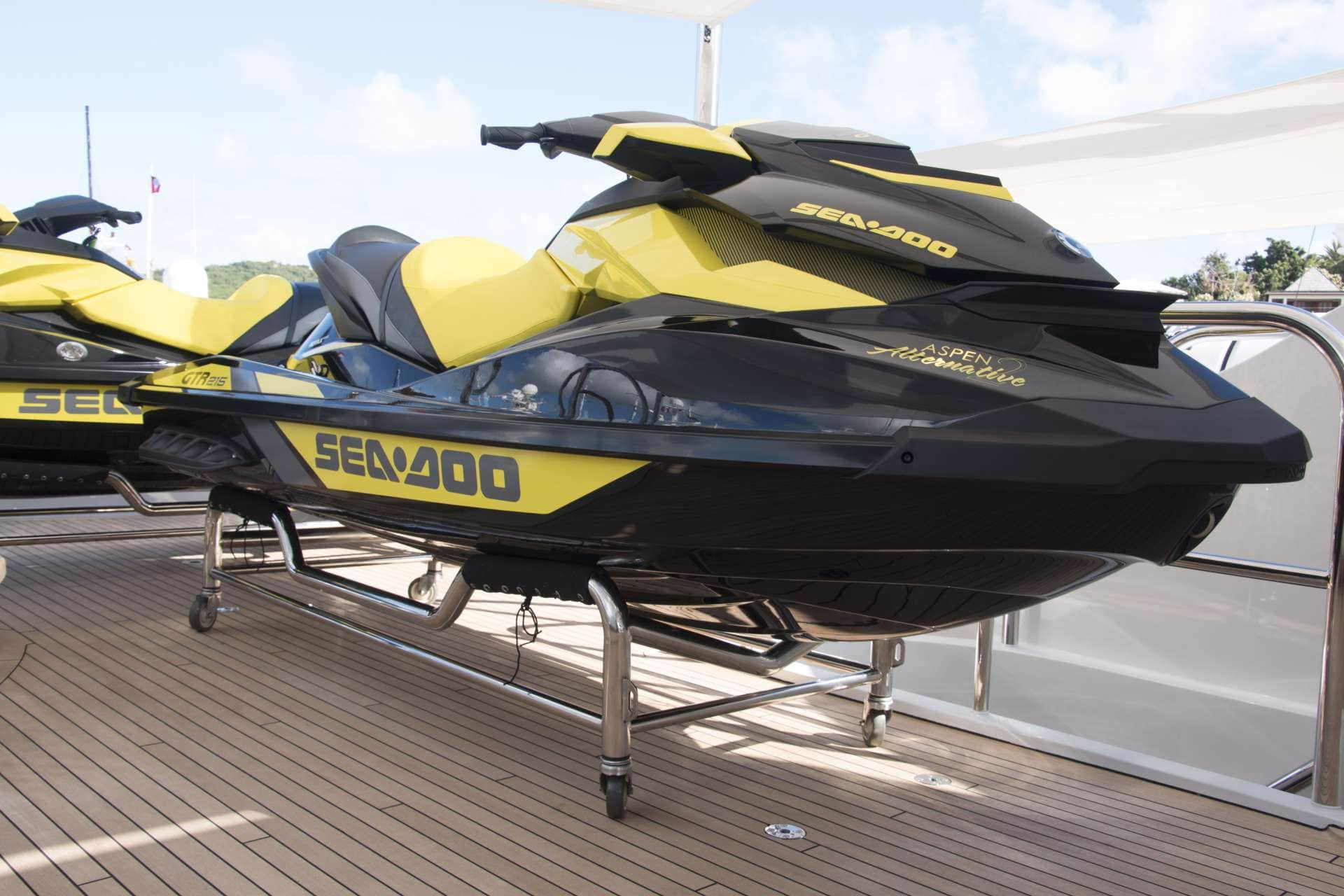 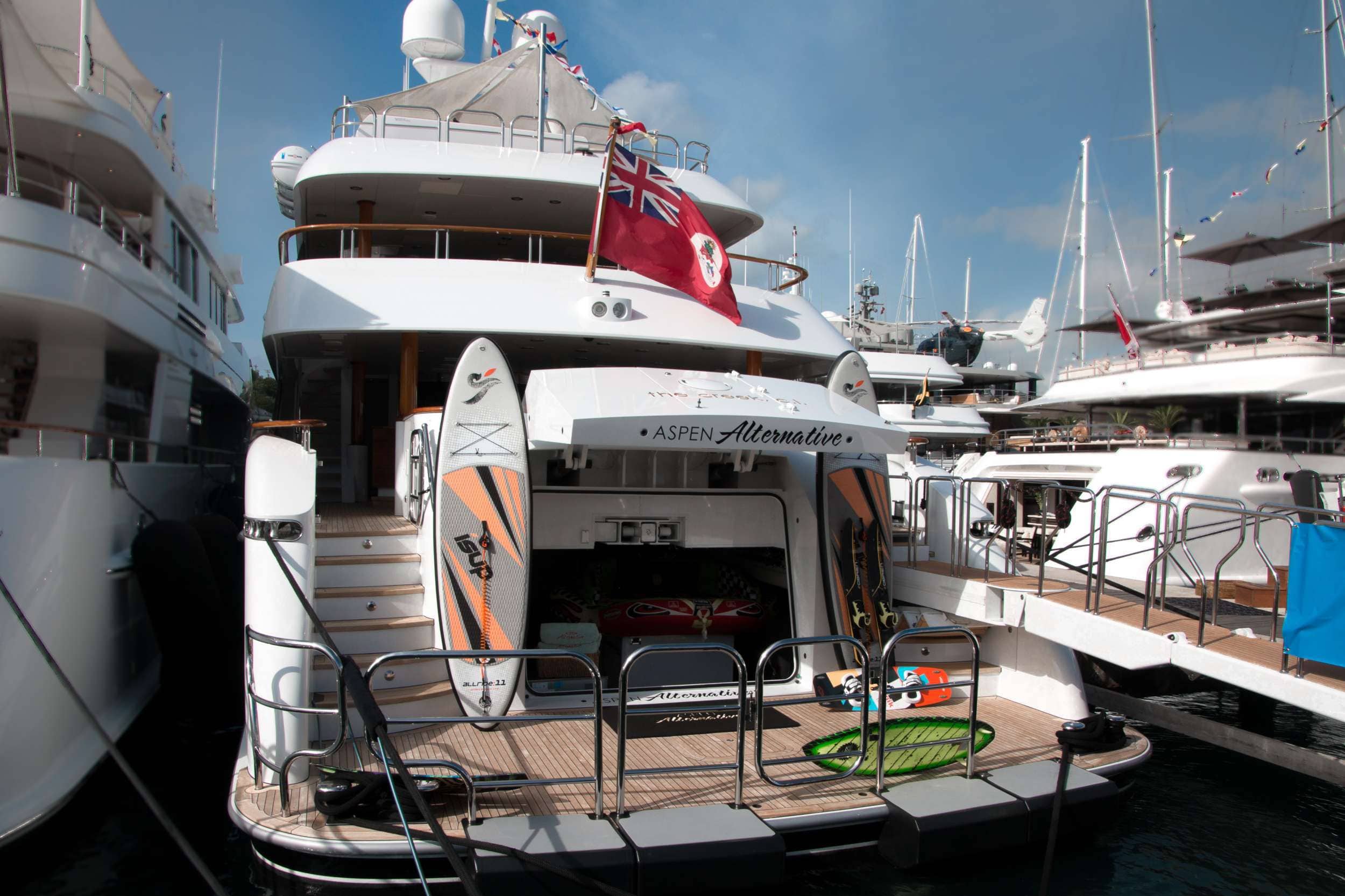 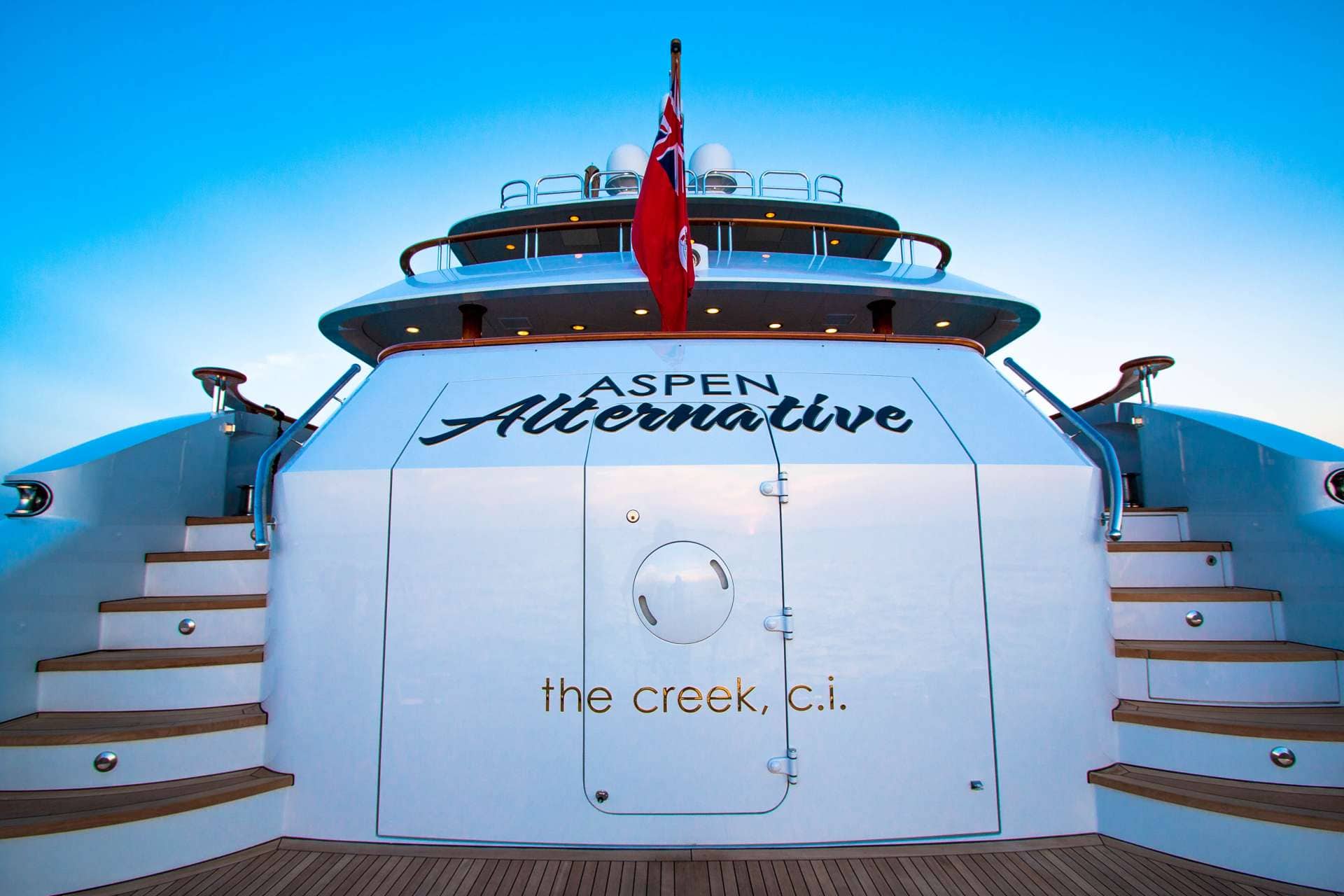 Click Here to Exit
CAPTAIN: BUD STEIN - SAVANNAH, GEORGIA, US
Bud was born in Detroit Michigan He moved to Ft. Lauderdale 30 years ago, starting his yachting career as a deck hand on a large motor sailor. He has worked on both private and charter yachts of more than 50 meters. Bud has a long and successful charter record in the Mediterranean, Bahamas, Caribbean, and East Coast US. These travels have provided him the knowledge to navigate all the client’s needs and desires. His calm and professional demeanor, has Aspen Alternatives clients, owners, and guests, looking forward to their next adventure! His experience and education allowed him to obtain his Master 3000-ton MCA/USCG all ocean endorsed licenses. In his spare time, he likes to fish on his custom-made skiff and golf. Bud is fluent in Spanish. English and advanced Italian.

FIRST OFFICER: JOHN CHUBB - DURBAN, SOUTH AFRICA
John grew up in a small beach town, on the East Coast of South Africa, called East London. His involvement in sport at school allowed him to participate in athletics, swimming, junior Lifesaving, and rugby where he represented his province at Junior level. After finishing school John worked as a Sales Representative before packing his bags and living in London for three years managing a restaurant on the Thames River in London. John joined the yacht industry in 2005 having heard the incredible experiences of his friends. He recently qualified with his MCA Master 3000-ton ticket. In addition to this he has his Ship Captains Medical along with a Maritime Safety and a Security qualification ensuring that you are in safe hands! His 12 years of yachting and charter experience on yachts ranging in size from 47m to 63m makes for a super trip!


CHIEF STEWARDESS: KASIA NIEMIER - OBORNIKI SLASKIE, POLAND
Kasia is from the southwestern area of Poland, more precisely called Lower Silesia. Her primary school education prepared her to work in administration. She decided to follow her desire to explore the French language and culture, obtaining her master’s degree in French Grammar. Kasia is fluent in French, English, and Polish. With her knowledge of the French language and culture. She was employed by a French company in Poland, as a translator and assistant to the CEO. Two years later she was employed at the Radisson Limerick, Ireland, as a waitress. She settled down in France for eight years, where she was a manager on a rooftop terrace bar, at the Radisson Hotel in Cannes. Her 10 years of hospitality background in 4- and 5-stars establishment opened the doors to her yachting career. After four seasons of working on yachts, in the beautiful Mediterranean Sea, she was lucky enough to cross the Atlantic where her new adventures began. One of which was joining the team of “Aspen Alternative”, now in her fourth year!

CHIEF ENGINEER: ANTISA GARMA - KRAPANJ, CROATIA
Antisa was born in Croatia and raised in the lowest inhabited island on the world Krapanj small island near of the town Sibenik. I attended a Technical High school in Sibenik. where in 1990 graduated from the department of Marine Engineering as a Technician. From an early age I was dreamed to become an engineer. I spend five years’ work in the container ship before moving to offshore industry in 1998. I sailed 22around the world on the different type off ships. In 2016 I decided to move to yachts, managing engines, all electrical items on board, generators and all supporting mechanics. Me free time I’m like to fishing, travels have a great passion for the car and loves to cook and socialize and hang out with friends

CHEF: PIP BRENNAN -ASCOT, UK
Pip grew up in South Africa, unaware of the freedom of the ocean. She learned to cook in rural Ireland at Ballymaloe and attended Le Cordon Bleu in London and then started to work in restaurants in London. Many restaurant meals later, Pip was introduced to the world of yachting by a colleague and never looked back.
Both seasons and countries later, Pip joined Aspen Alternative and is very good at making crew and guests happy by remembering the small morsels that make them smile. Whatever you fancy throughout your stay, pop into the galley and ask. If Pip has the ingredients, she’ll make the dish – hopefully as well as your mother’s. Don’t be surprised if you hear a book or a podcast in the background when you go into the galley, these are played throughout the day!
Pip is a nickname, short for Philippa, that came in school when there were too many girls with the same name in the class. Enjoy your stay with us – and don’t forget to come and say hi!

BOSUN: GARRETH SCHOEMAN, DURBAN SOUTH AFRICA
Garreth grew up on the east coast of South Africa, in a small town, just south of the city Durban, a town called Scottburgh. Garreth spent most of his days on the beach, weather it was life guard training from a young age, to body boarding/ surfing. Most of his spare time was spent on the beach, and is why he feels so comfortable working on the ocean. He loves any activities to do with the sea, whether it’s snorkeling/diving, to water sports. Garreth, enjoys hiking, surfing, traveling and many more activities, in his spare time. He is a very friendly and polite young man.

DECK HAND: ERICK GUTIERREZ, GUERRERO, MEXICO
Erik grew up in Orange County California, Costa Mesa. During the summer he worked with his father maintaining the local yachts at the marina, Lido Peninsula. In 2001 he had the opportunity to be a deck hand on 80-foot North coast. For six years they local traveled on the Southern California coast. Then from 2012 to 2018 he worked his way up to being lead deck on the 66m Feadship (Vanish). During this time, he traveled throughout the west coast USA and did several Med seasons. Visiting Spain, Italy, France, Croatia, Montenegro, England and Holland. With extensive travels throughout the Caribbean. Jaime with his soft-spoken pleasant demeanor and fantastic work ethic, will assure readiness for all the outdoor activities. Jaime is fluent in English and Spanish.

2nd STEW: TEAL MILLOWAY, WILMINGTON, DELAWARE
Teal was born in Newark, Delaware where she then completed her degree in photography. After working weddings for a few years, Teal then took a break from that and continued to run family beach rentals in Wildwood, NJ, still one of her favorite places to spend time! Teal entered the world of yachting two years ago. She worked as a deckhand, stewardess, and wants to take on engineering someday. In her spare time, she loves gardening, holistic medicine, being outside, being adventurous and active, cooking and spending time with great people!

3rd STEWARDESS: JURIELHU LEONES, DIPOLOG CITY, PHILIPPINES
Jur comes from a small town in the Philippines where she completed her degree in Nutrition. After qualifying, she completed a yearlong course in seafarer catering and hospitality, followed by an apprenticeship to enable her to successfully and smoothly embark on her career in yachting. Before joining Aspen Alternative, Jur worked on a superyacht based in Vancouver, Canada. In her free time Jur enjoys hiking, travelling, learning about new cultures and singing.