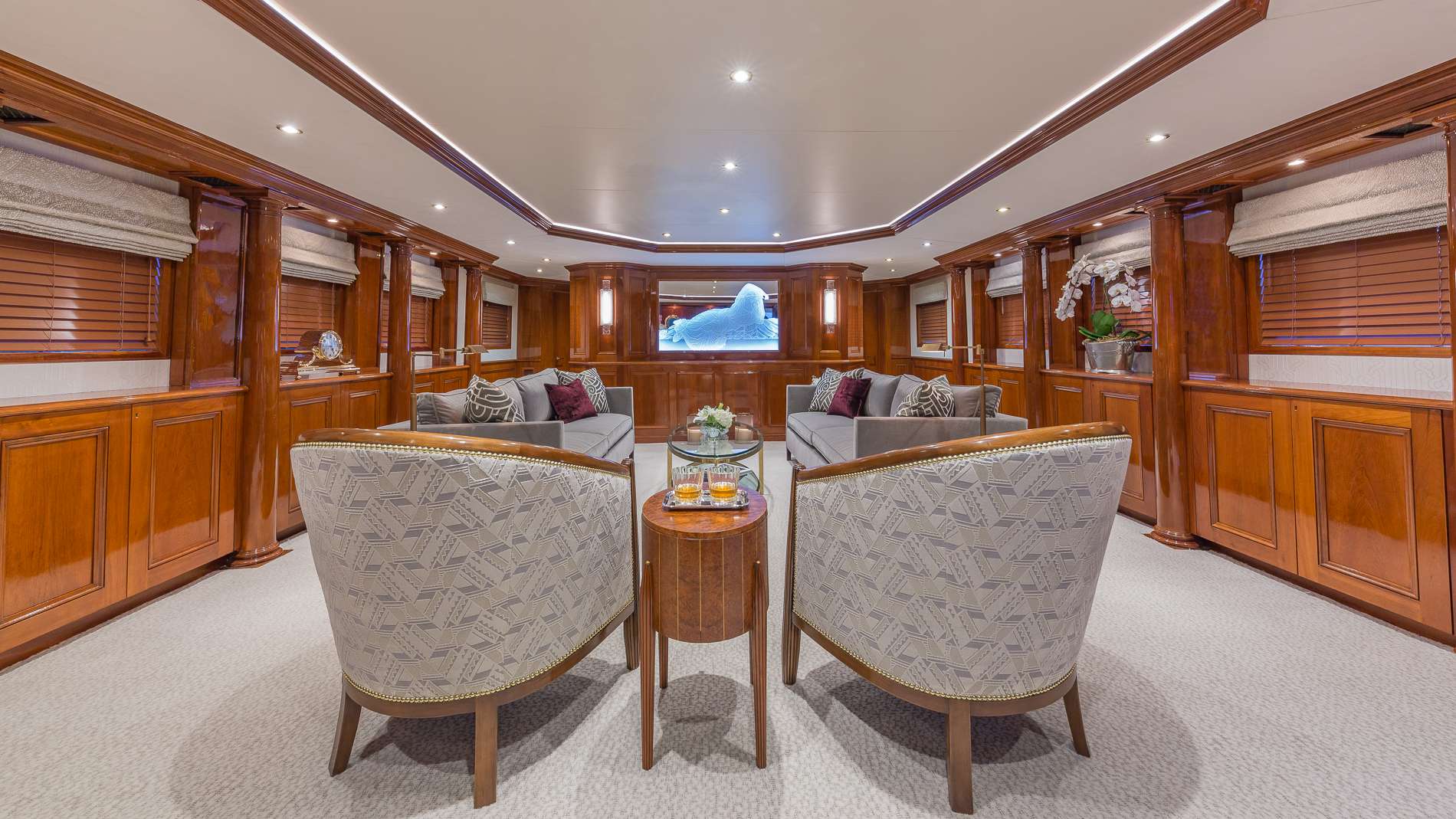 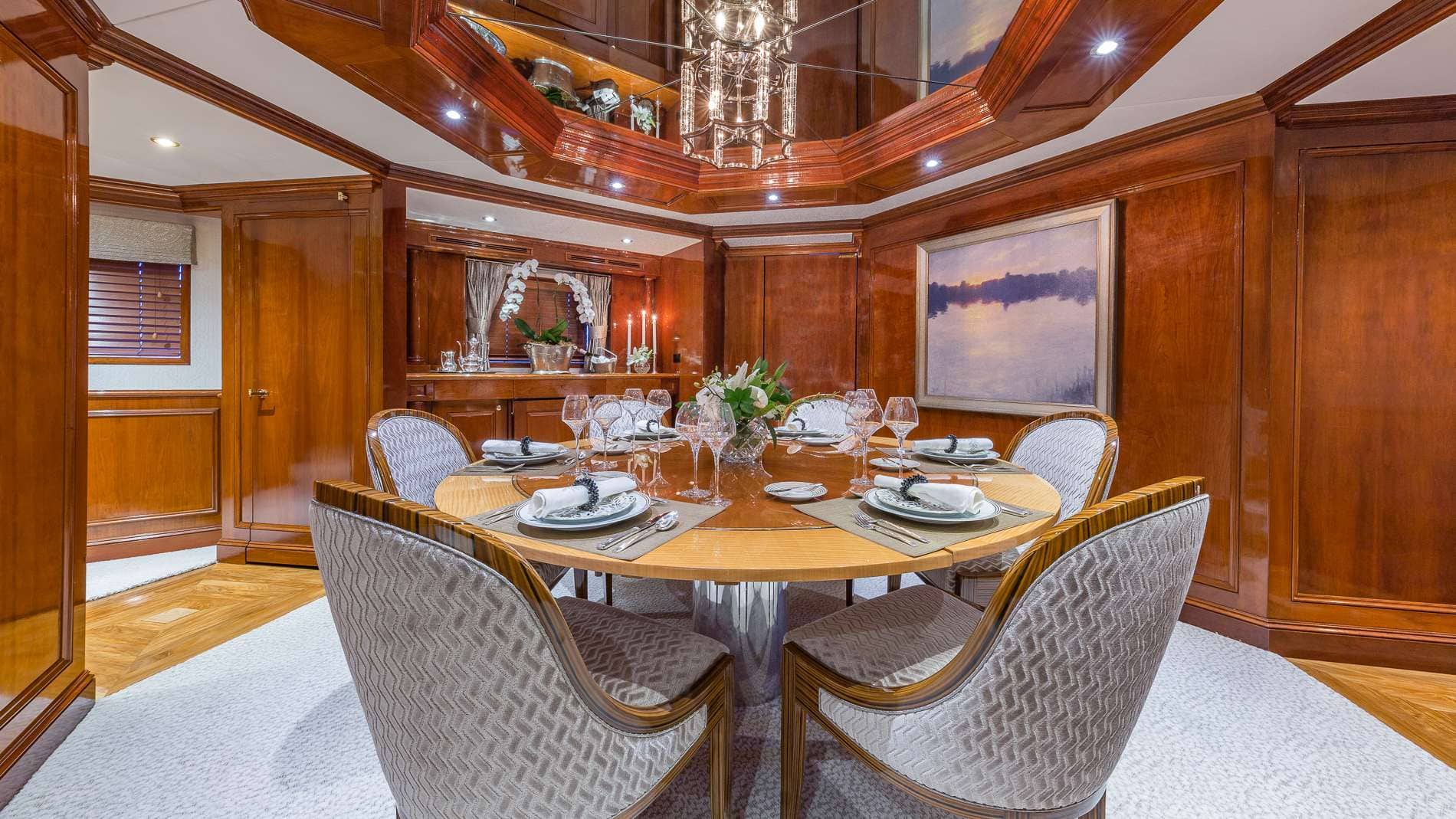 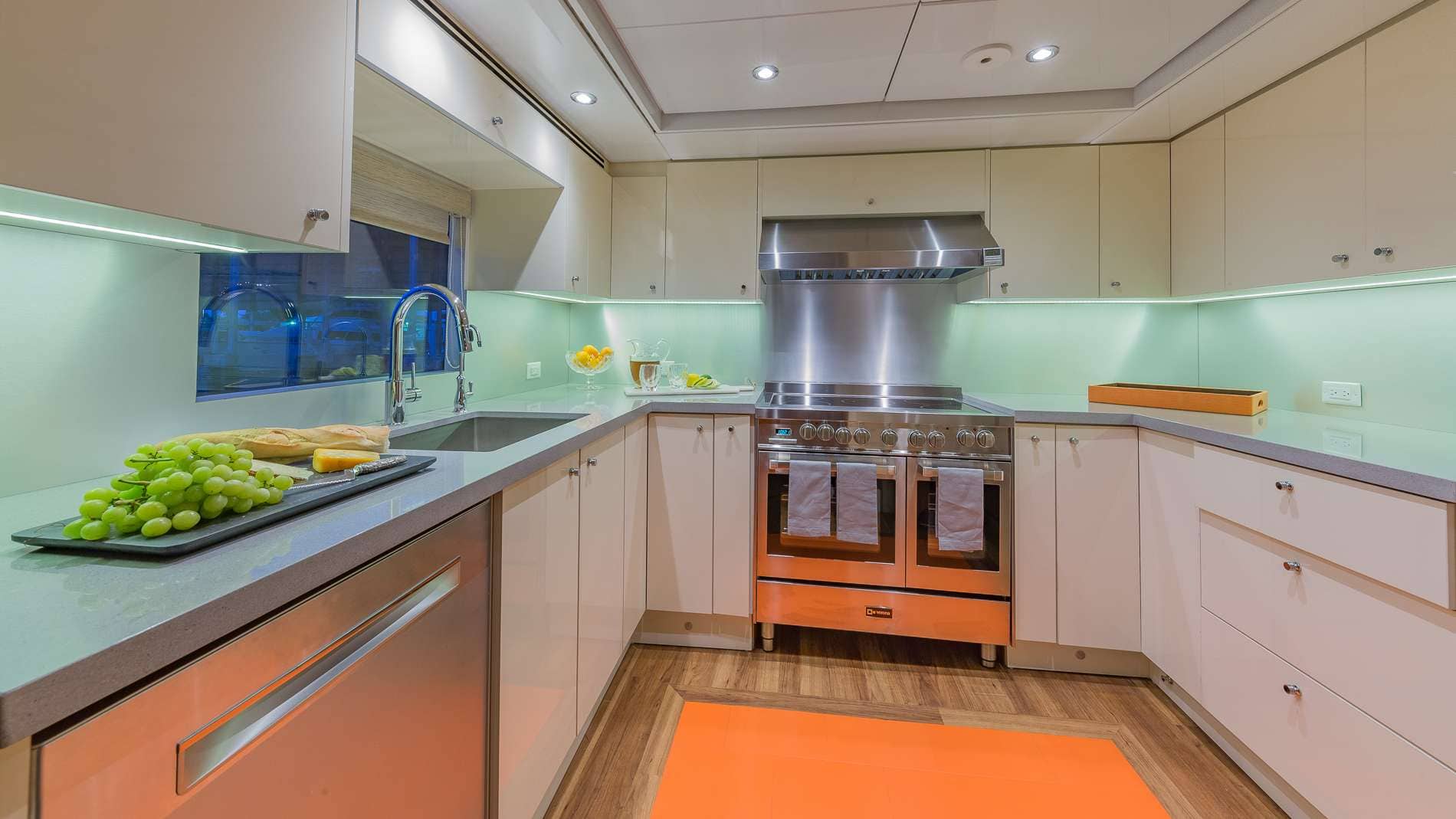 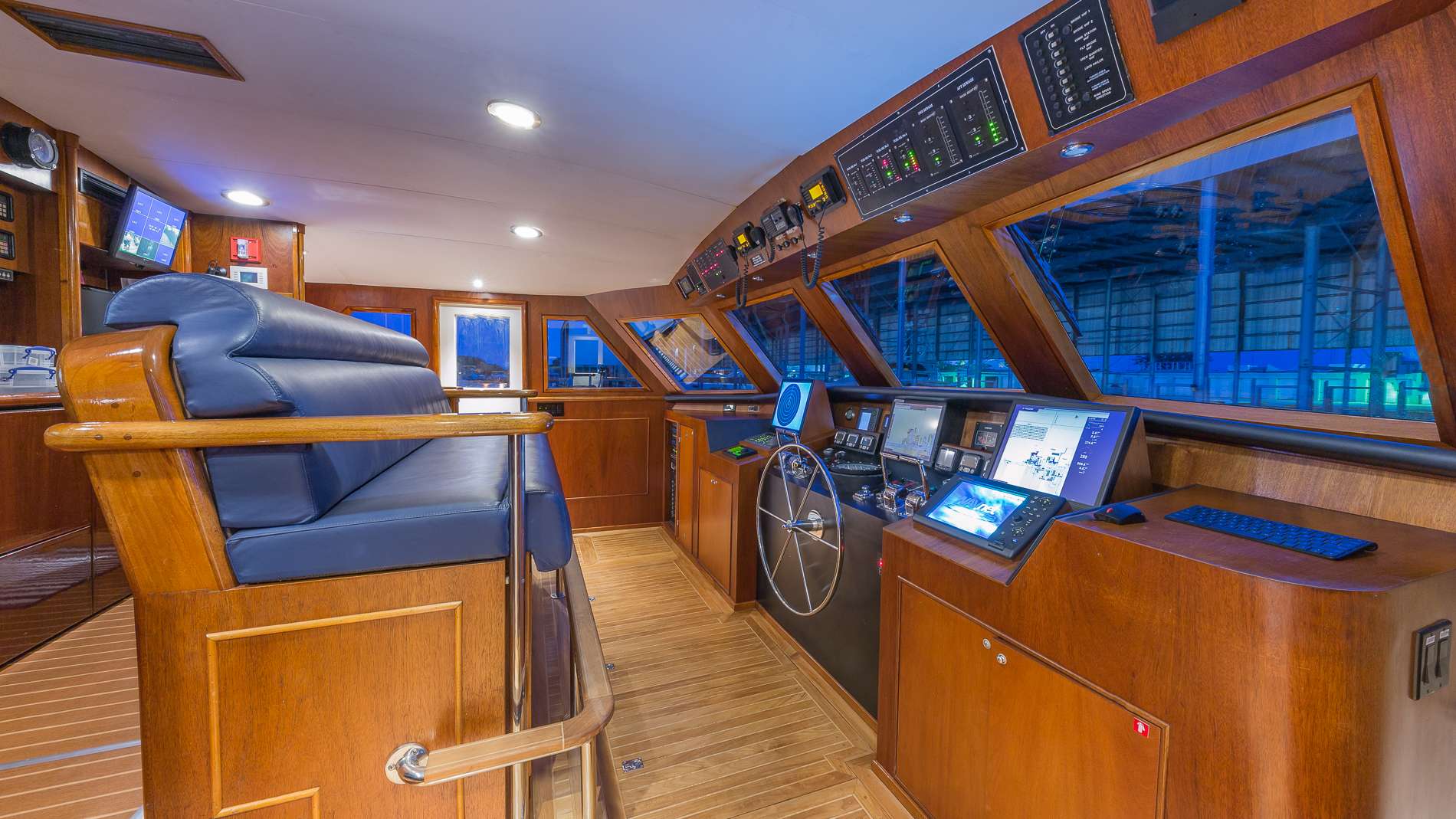 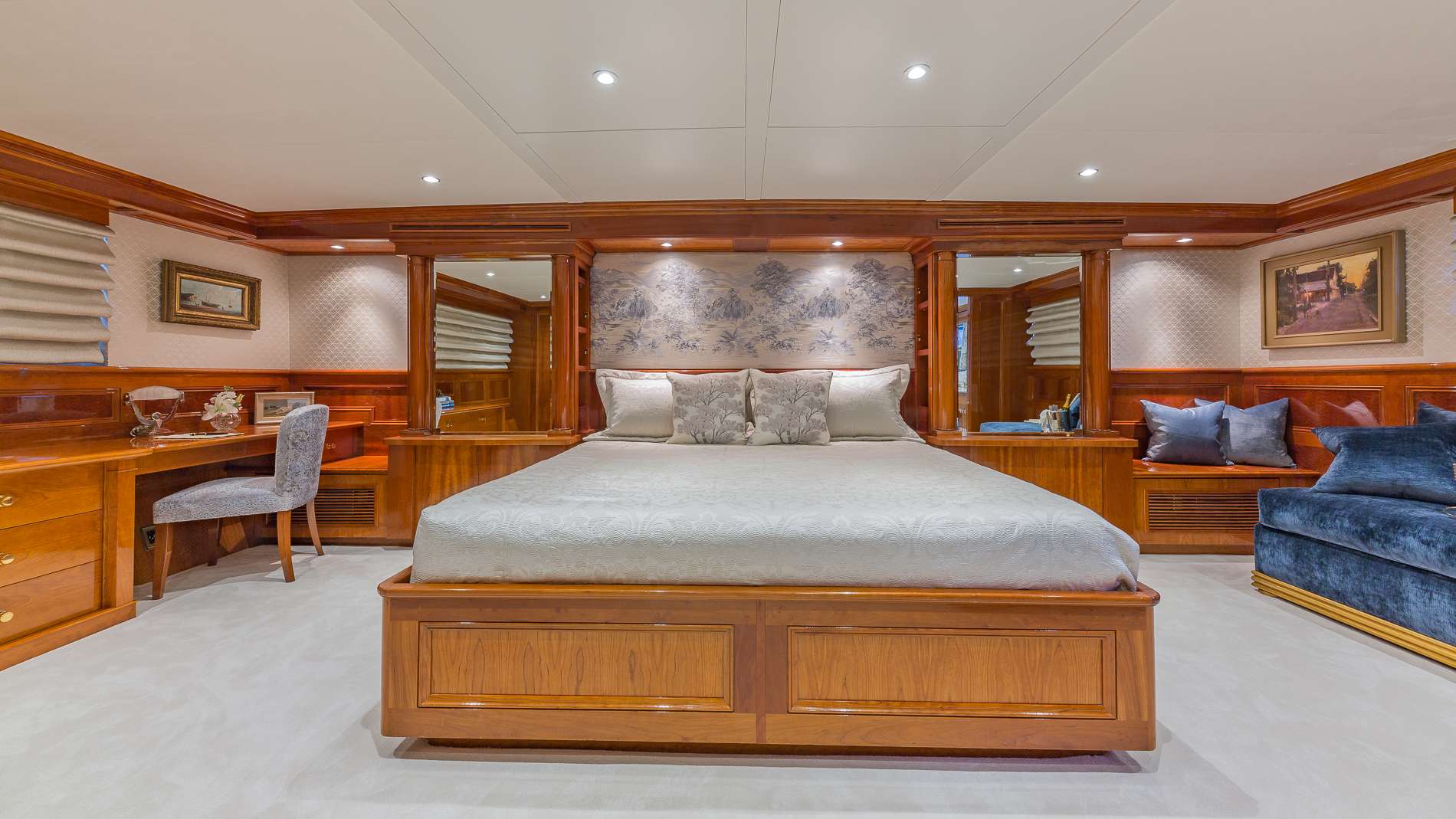 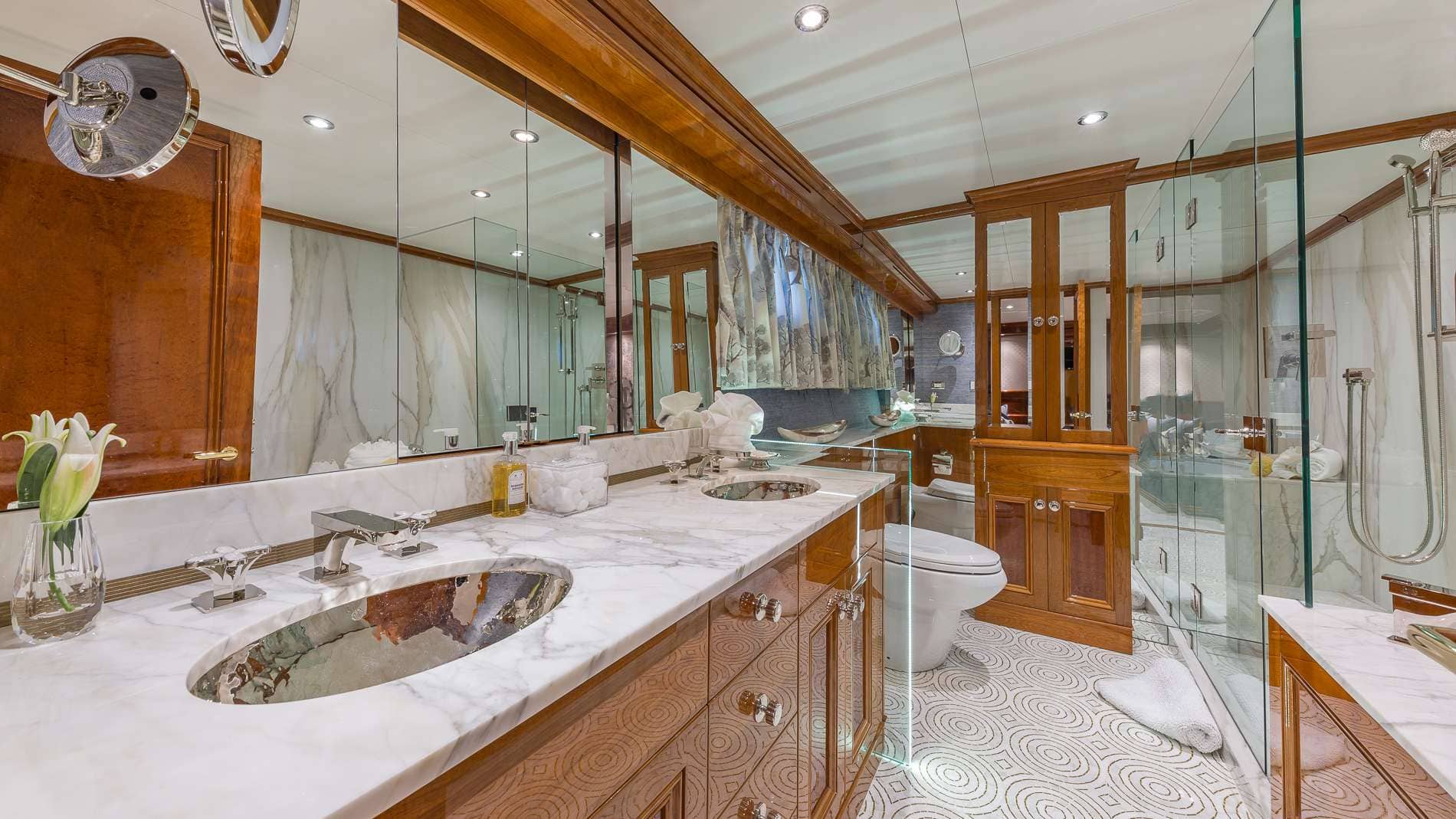 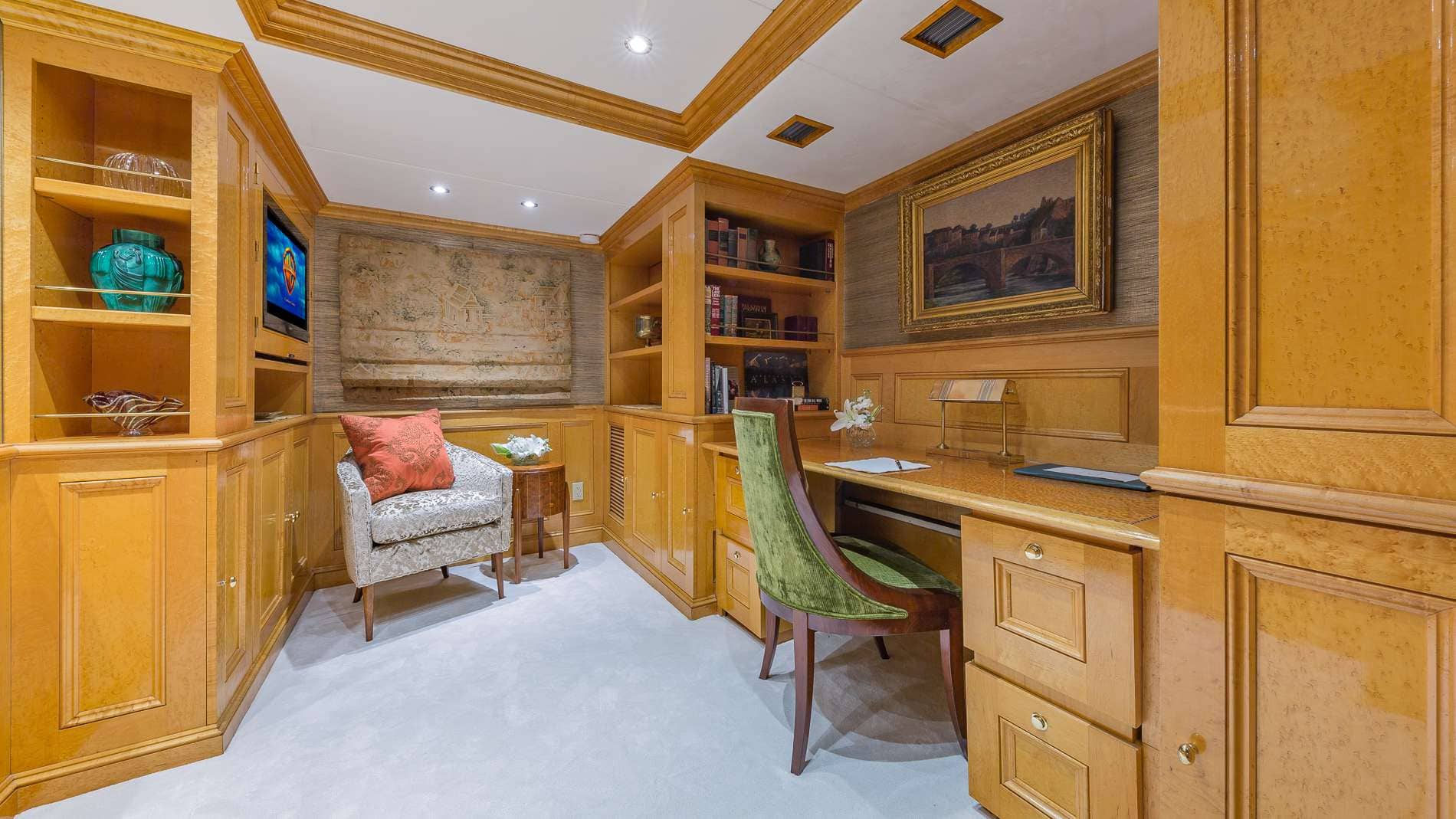 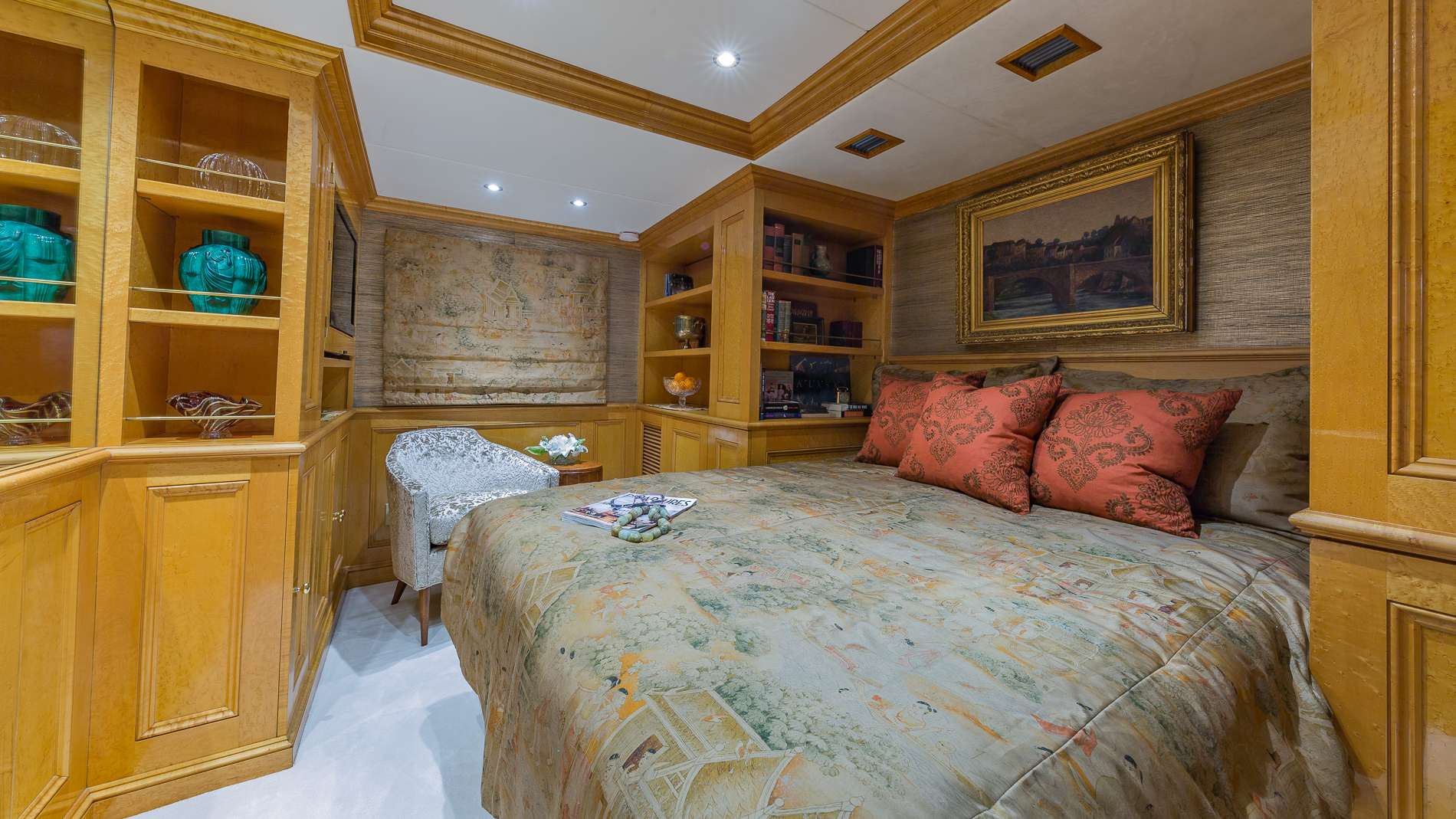 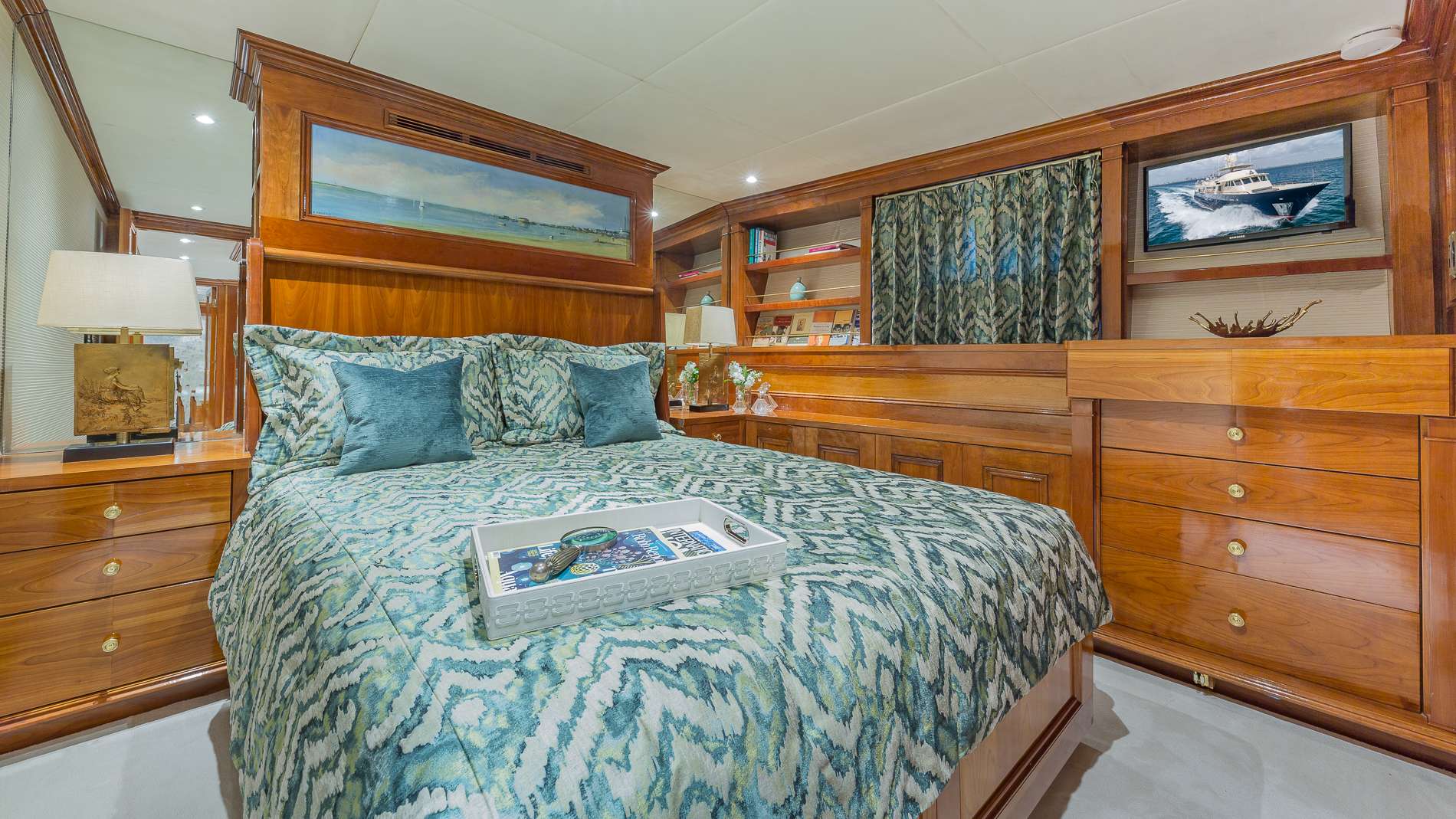 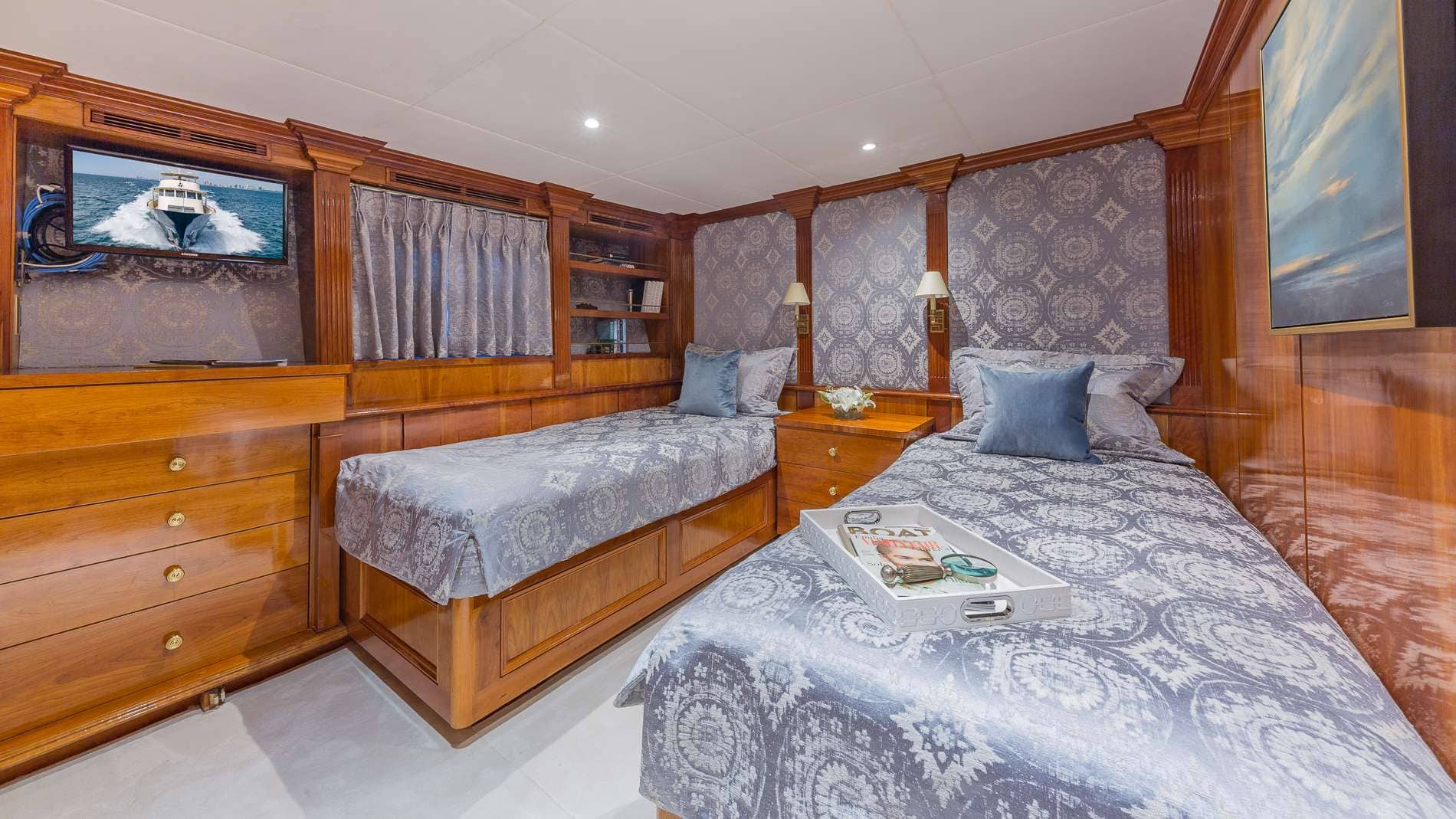 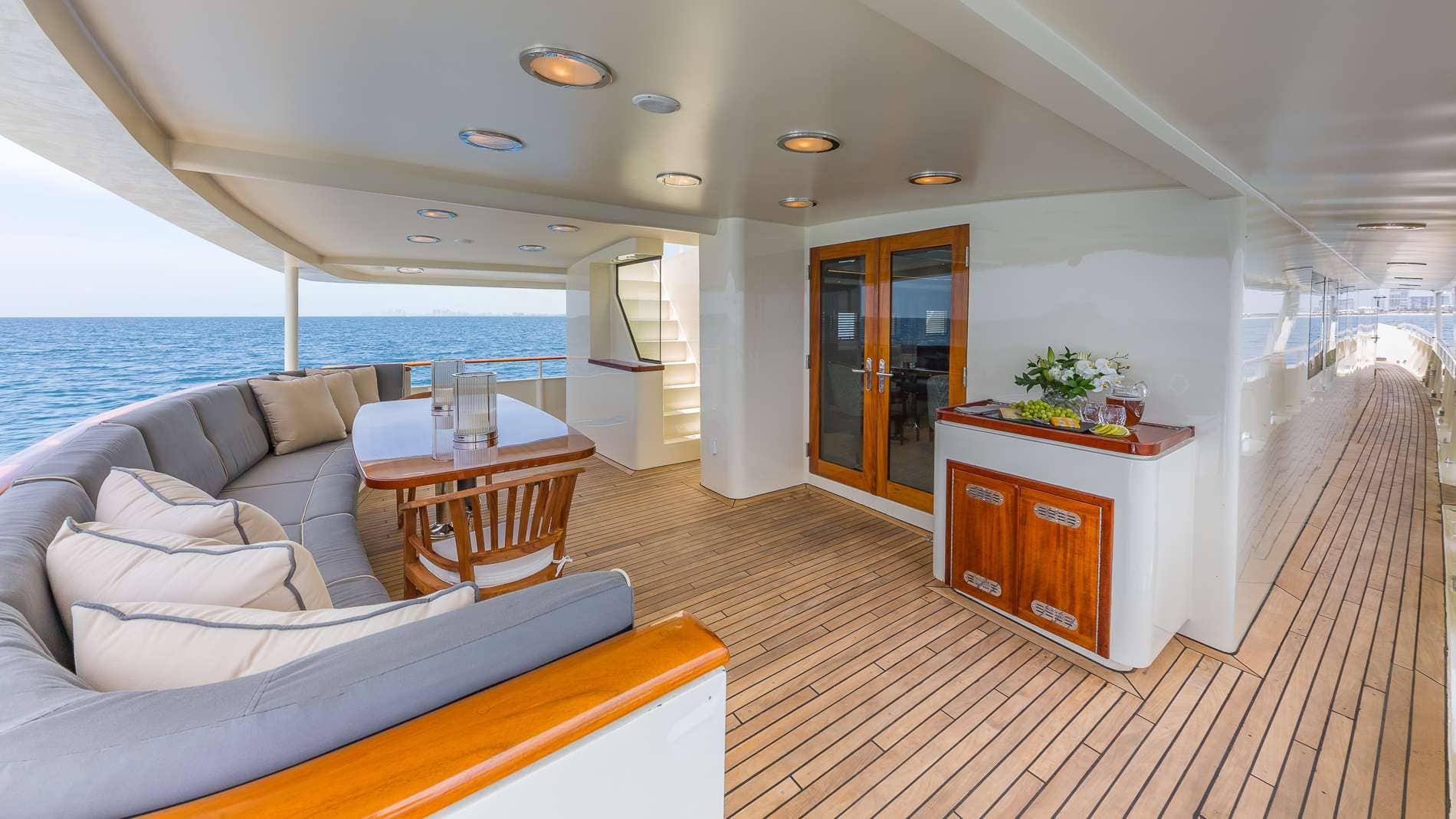 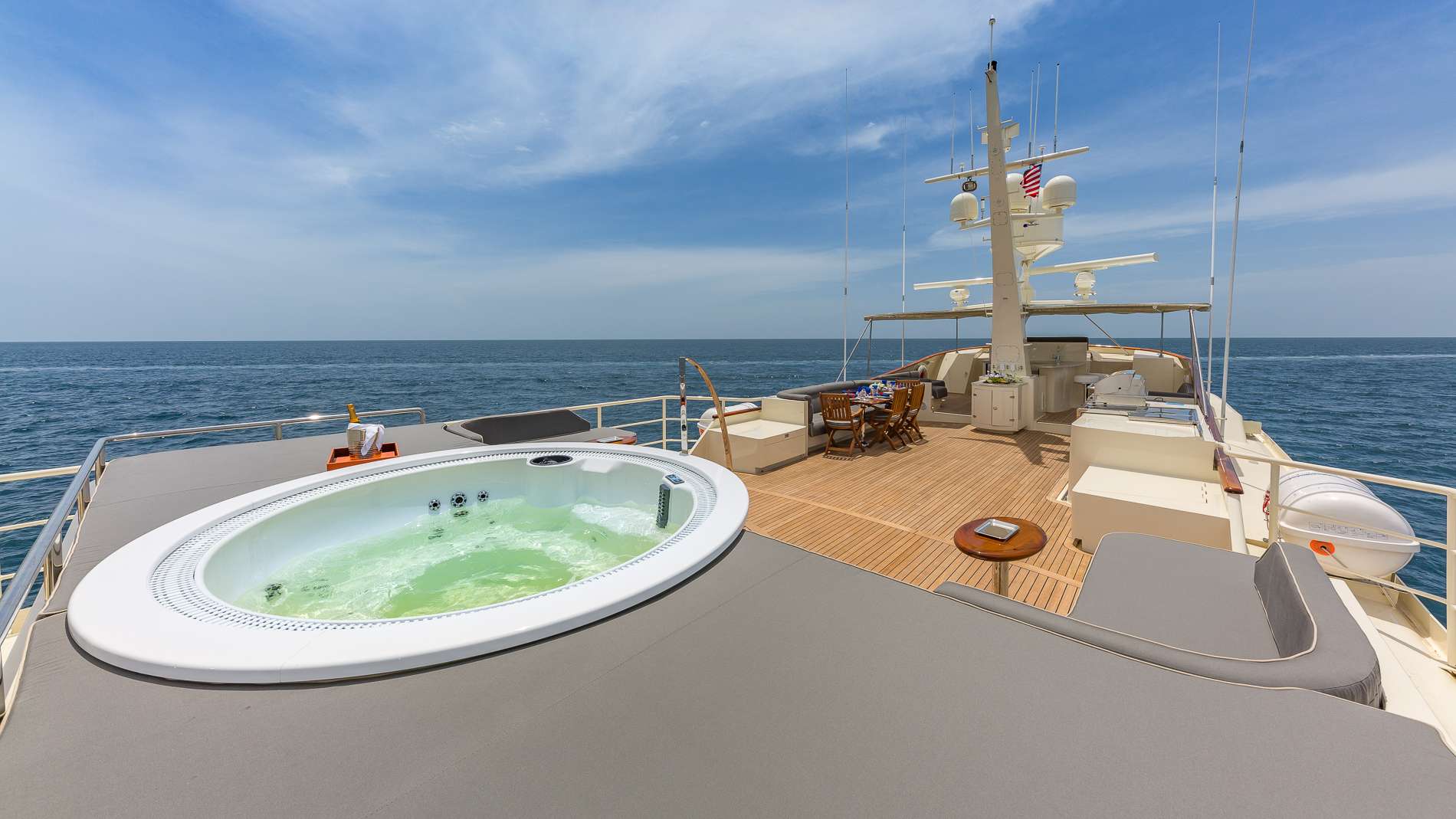 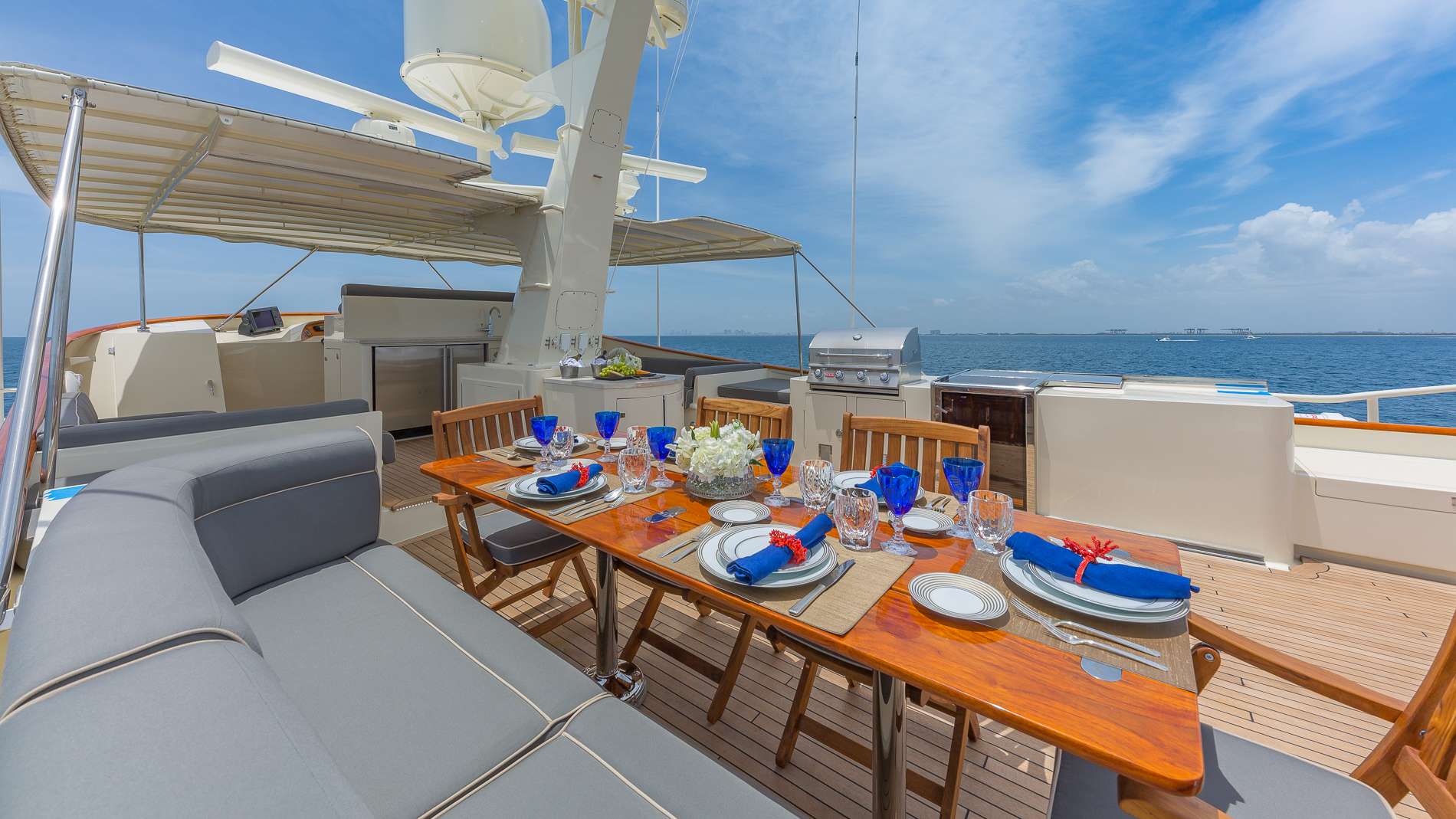 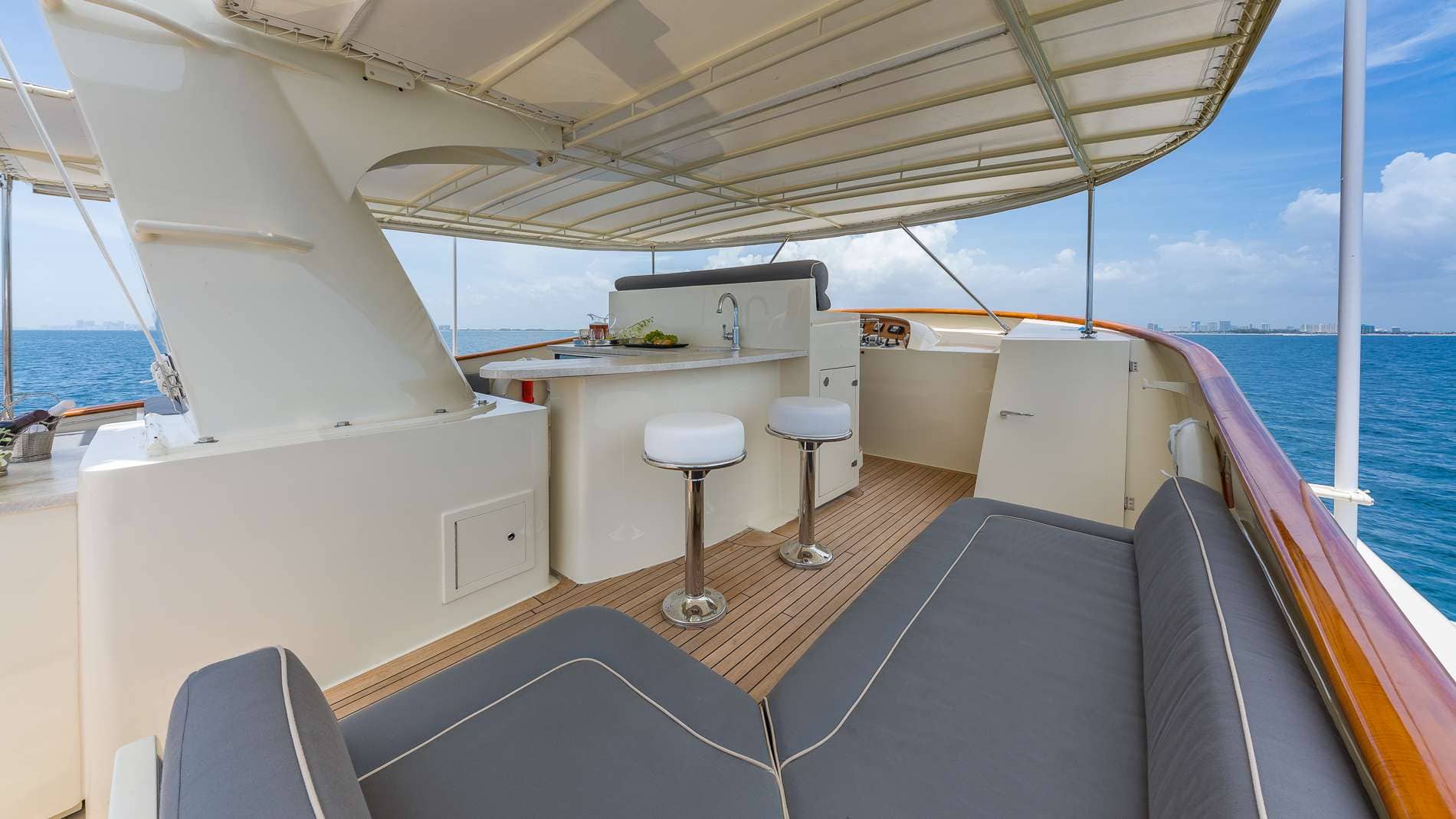 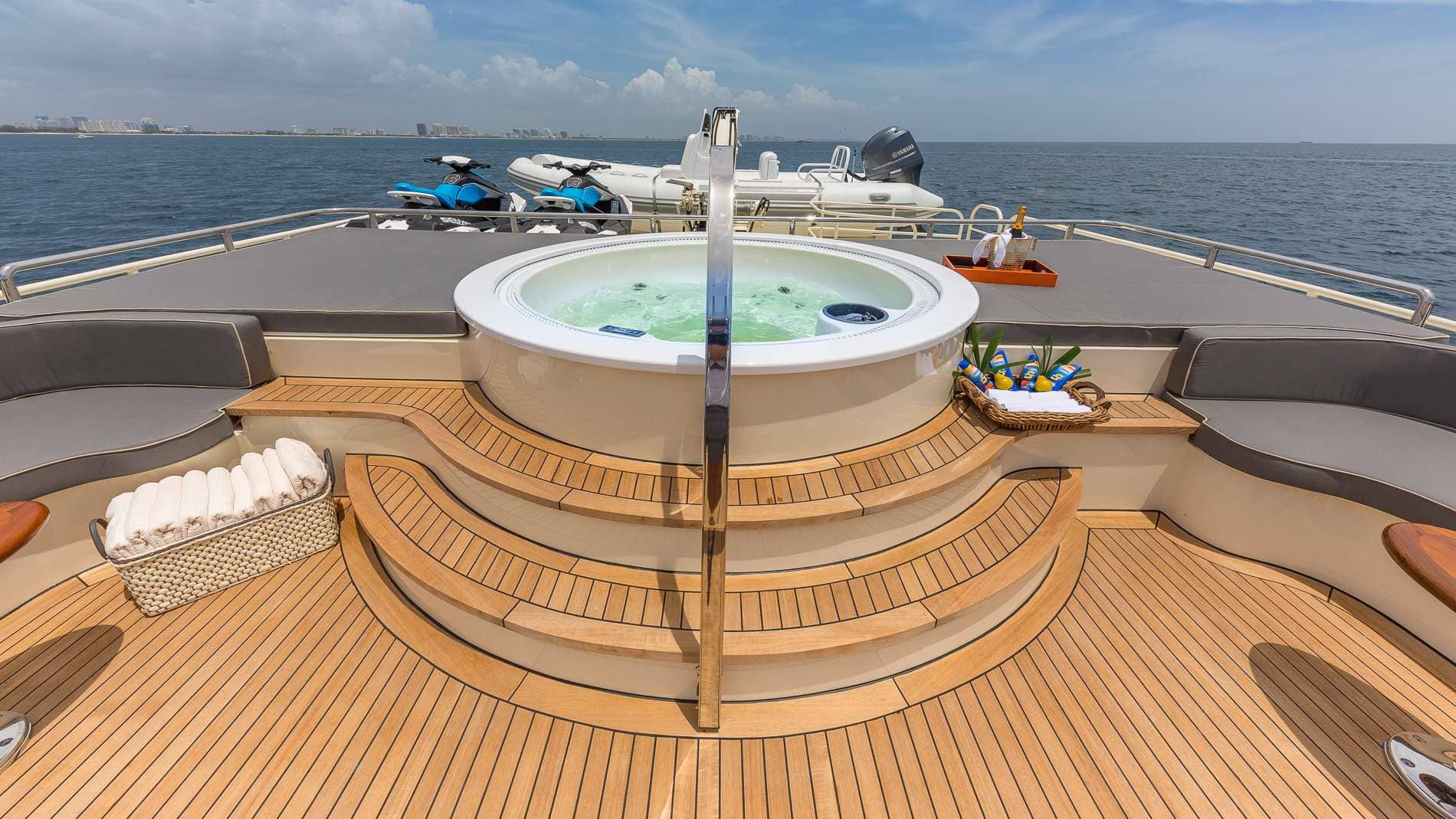 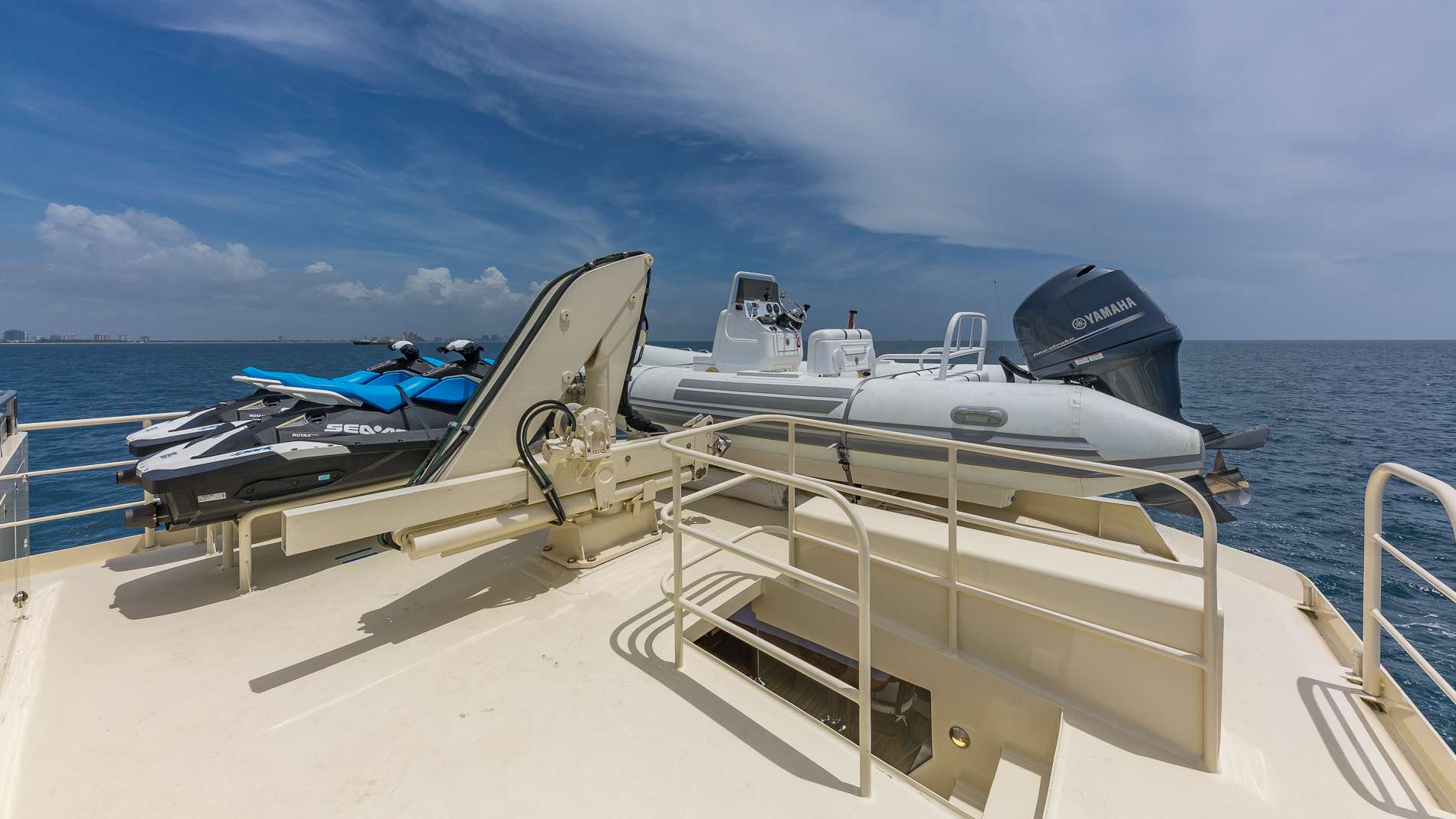 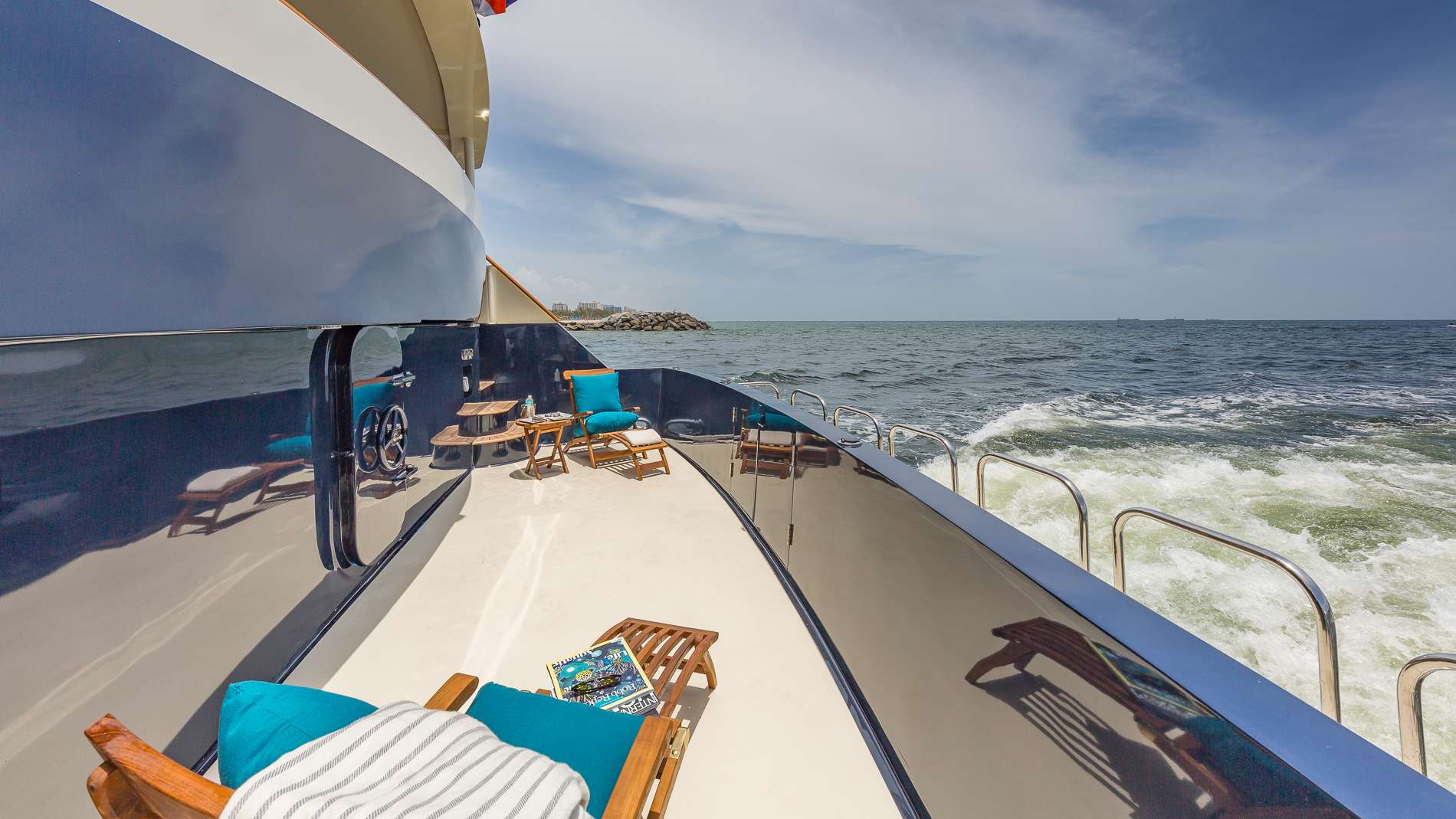 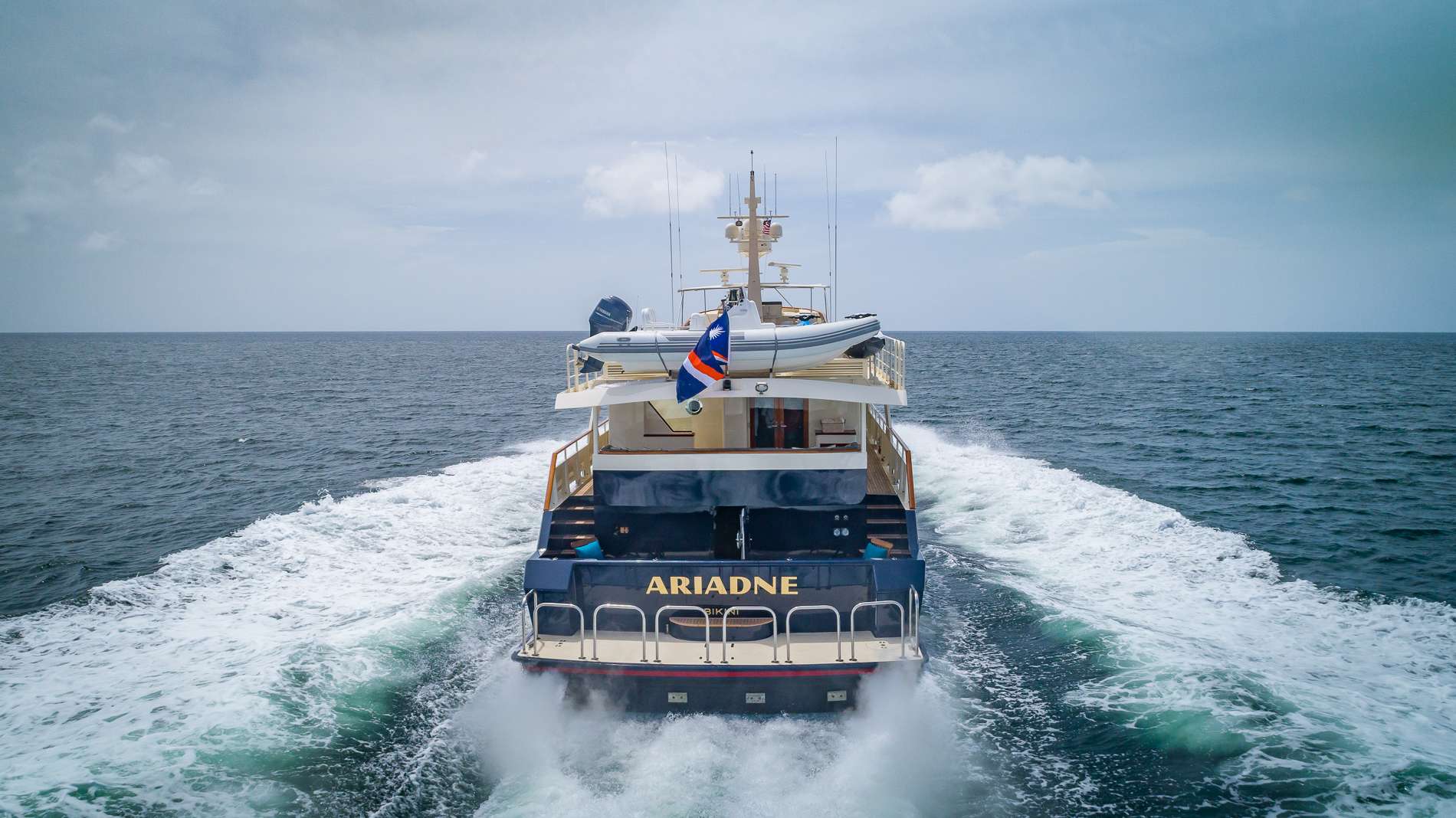 ARIADNE Special Rate for Christmas
Due to a cancellation, ARIADNE is available in The Bahamas for Christmas December 19-26, 2022 at the Special Rate of $55,000 per week, plus expenses. We are also now insured for diving!
BUILT/REFITYEAR 2020
YACHTLENGTH 124.00 Ft
NUMBER OFCABINS 4
NUMBER OFGUESTS 8
TOTALCREW 6
RATESFROM $69,000
Crew Profile Technical Specifications Sample Menu Rates Calendar Yacht Insight

Captain Ian grew up in George, a city in South Africa's Western Cape, on a coastal stretch known as the Garden Route. It is a very beautiful area that offered Ian lots of opportunities for exploration and discovery. He began racing sailboats with his brother when he was just 10 years old and even had the chance to represent South Africa in competition. His enthusiasm for racing nurtured his love of the ocean and naturally led to his career choice in the yachting industry.

Ian is also an avid scuba diver and is qualified as a dive instructor. It is one of the many reasons he particularly loves the British Virgin Islands. Guests who enjoy snorkeling or diving benefit from his extensive knowledge of local reefs and favorites dive spots. His other hobbies include playing guitar, surfing, hunting and fishing.

Daniel grew up by the ocean and would regularly go with his family to lakes and dams for wakeboarding and tubing vacations. Having spent the last nine years in the yachting industry, Daniel is here to stay, and he is looking forward to progressing through the industry as far as he can. Prior to joining the industry Daniel worked in the hospitality industry, he can make over 150 different cocktails several of which are his own creations. When not busy Daniel enjoys surfing, snowboarding, golf, and rock climbing.

As a Chef of 12 years, I pride myself not only in my Culinary ability, but also my professionalism, communication and ability to manage expectations of clients from various cultures and back grounds.
The industry has enabled me to quickly develop my leadership and communication skills to enable effective culinary analysis to guests and customers.

I am competent in many different facets of the 'foodie' experience, such as private dining, birthday celebrations, cooking classes as well as exciting pop-up events. My passion lies in understanding clients' tastes and request, coupling that with my own flair and experiencing the positive reactions and expressions alongside customers.

I have worked at top establishments such as Lyford Cay, Albany luxury resort, Hilton West Palm Beach, Charter Motor Yacht 'Outta Touch' and currently Motor Yacht 'Ariadne'. I believe I will never stop learning and developing, and all these experiences has contributed to my craft and honed my skills as a confident, calm and happy Chef.

My studies were at Le Cordon Bleu College of Culinary Arts where I graduated with my bachelor's degree.
I also have been awarded the following:
• ACF certification
• Bahamian gold medalist
• ACF food stars gold medalist

Mel was born and raised in a small coastal town close to the Great Barrier Reef and Whitsunday Islands in Australia. In her early 20’s, she moved to London to live and work which enabled her to begin her dream to travel and see the world. After three fun-filled years in London, she moved back to Oz, where she settled in Melbourne and built a successful career in Human Resources and Change Management for the world's largest beer organization. Deciding to take a break from corporate life, Mel embarked on a solo 18-month travel jaunt around Asia, Europe, and the United States, and it was then she decided it was time for a new adventure and life challenges. She stumbled across the yachting world and has now worked in the Caribbean, Bahamas, the US West Coast, and Alaska on both Private and Charter yachts. Being a lover of travel and good times herself, she knows how to contribute to a ‘trip of a lifetime’ and will go above and beyond to ensure the guest experience on ARIADNE is one to remember. She loves travel, music, pizza, yoga, animals, and of course the ocean, where she feels most at home. You’ll find Mel at her best during her daily ARIADNE Happy Hour soirées where her famous cocktails will flow, and the good times will become memories for life.

Monique grew up in Mossel Bay, South Africa, a charming coastal town on the garden route with a rich sailing history and has been frequented by famous discoverers like Vasco de Gama, dos Santos and Bartolomeu Dias in the 1600's. This history and her love for the ocean, marine mammals and surfing were the key factors that lead to a successful career at sea. Monique started out as a diving instructor in Sodwana Bay which boasts some of the top 10 dive sites in the world and where she became a MSDT Instructor completing over 3000 dives and certifying over 300 divers. Monique then took to the ocean launching her career at sea in Southeast Asia and has ever since boated her way across the globe visiting Thailand, Indonesia, Myanmar, Dubai, Langkawi, Komodo, Fiji, Tahiti, Tonga, France, Italy, Corsica, Sardinia, Greece, Malta, Spain, USA, Aruba, Jamaica, Dominican Republic and the Caribbean as far south as the Southern Grenadines.

Born and raised in small-town South Africa, hundreds of miles from the ocean, yachting may seem an odd calling for Philip, but his ingrained passion for anything mechanical, innate ability to repair and maintain systems and jovial demeanor make him a valuable asset to the crew.

His dual trade qualifications in the motor industry, Bachelor's degree in Mechanical Engineering, various marine qualifications and years of experience from motor mechanic to engineering manager for large mining companies in South Africa and subsequent half a decade of experience as yacht engineer have given Philip a wide variety of abilities and skills and a vast general knowledge.

When Philip is not working aboard Ariadne, he spends his time with his wife and daughters in South Africa and enjoys travelling, good food, good wine and above all good company.