May - September 2016 Skipper Freedom SY, 44ft
I skippered the same boat for all season, taking care of every aspect, such as choosing the routes, managing spares and resources, navigating and managing the clients. I sailed around Elba Island, Ponza, North Sardinia and South Corsica.

August 2015 Skipper, head of flotilla Sophia SY, 44ft
I worked, doing week-long trips between Ibiza and Formentera. Being responsible for a flotilla of three boats, I improved my managing skills getting different crews to work as one and to stay united. It’s worth mentioning that we encountered harsh weather conditions for many days, with thunderstorms and gales; a perfect planning has been crucial to the satisfaction of guests, so we engaged them in many collateral activities such as daily trips on shore and evenings in famous night clubs.

June - July 2015 Skipper America SY, 50ft
I worked as a skipper on a catamaran Lagoon 500, navigating around Aeolian Islands, in Sicily. I did a lot of small mechanical and electrical repairing, such as malfunctions on solar panels, shower pumps, filters, leaking pipes, engine starter and I substituted cooking stoves. I improved my relational skills with a very demanding type of clientele, always putting my professionalism at their service, but leaving at the same time a lot of space to their privacy.

September 2014 - January 2015 Delivery Skipper Cantiere del Pardo fleet
I delivered several models of Grand Soleil and Sly ranging from 39 to 51 feet LOA for Cannes and Genoa Boat shows and other private occasions. My job was to assure the state of boats upon arrival, keep them immaculate, organize a crew of one or two sailors, consume as less resources as possible and conclude the delivery with punctuality.

June - September 2014 Charter Skipper Independent SY, 44ft - Deverina SY, 50ft
I worked as a skipper for the charter company “La Vela e Sei Libero” based in Split, Croatia. I was in charge of organization and wellbeing of up to 10 guests on board, including numerous children, plus crew, for weeklong trips. Other duties included and sailing and mooring in all kinds of conditions, teaching guests about sailing and life aboard, cleaning and maintaining parts daily, provisioning and occasionally cooking. I also collaborated in the refitting of the fleet at the start of the season, polishing, cleaning teak, painting, hosting sails and all kinds of minor tasks.

February - March 2014 Delivery Crew Natalie SY, 40ft
It was a 1000nm trip circumnavigating Italy from Genoa to Vasto, in Adriatic Sea. We were a small crew of 2 people, so watch turns were extensive and stressful; we encountered continuous bad weather and cold temperatures typical of the period. I was deeply involved in all aspects of passage planning, navigation, sailing and mooring. 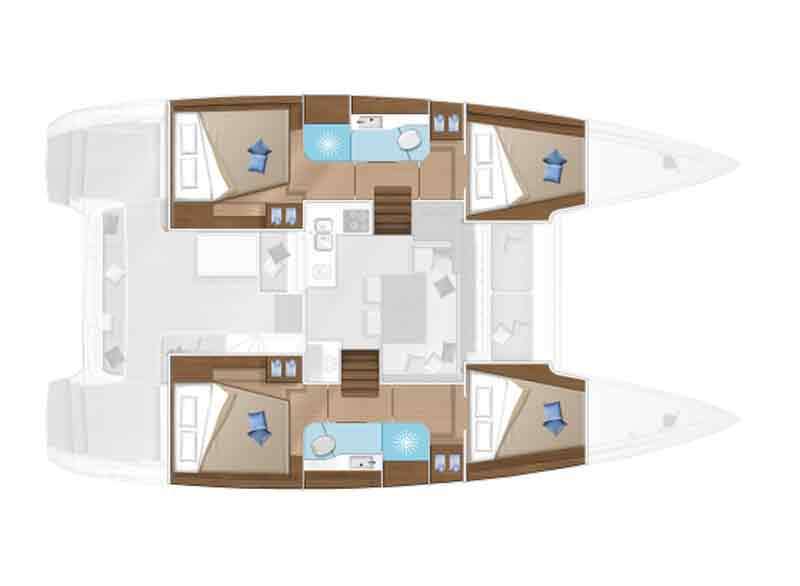