Mariah Princess III sleeps 8 guests in 4 King Cabins. She was built in 2020 and features all the amenities you would expect in a high-end Catamaran!

Including a jacuzzi on the deck!

This yacht sailed into the Caribbean from the Mediterranean a short while ago. She will be based in the British Virgin Islands, or alternatively can pick up charters in St Maarten and St Barts. Even down in the Grenadines! 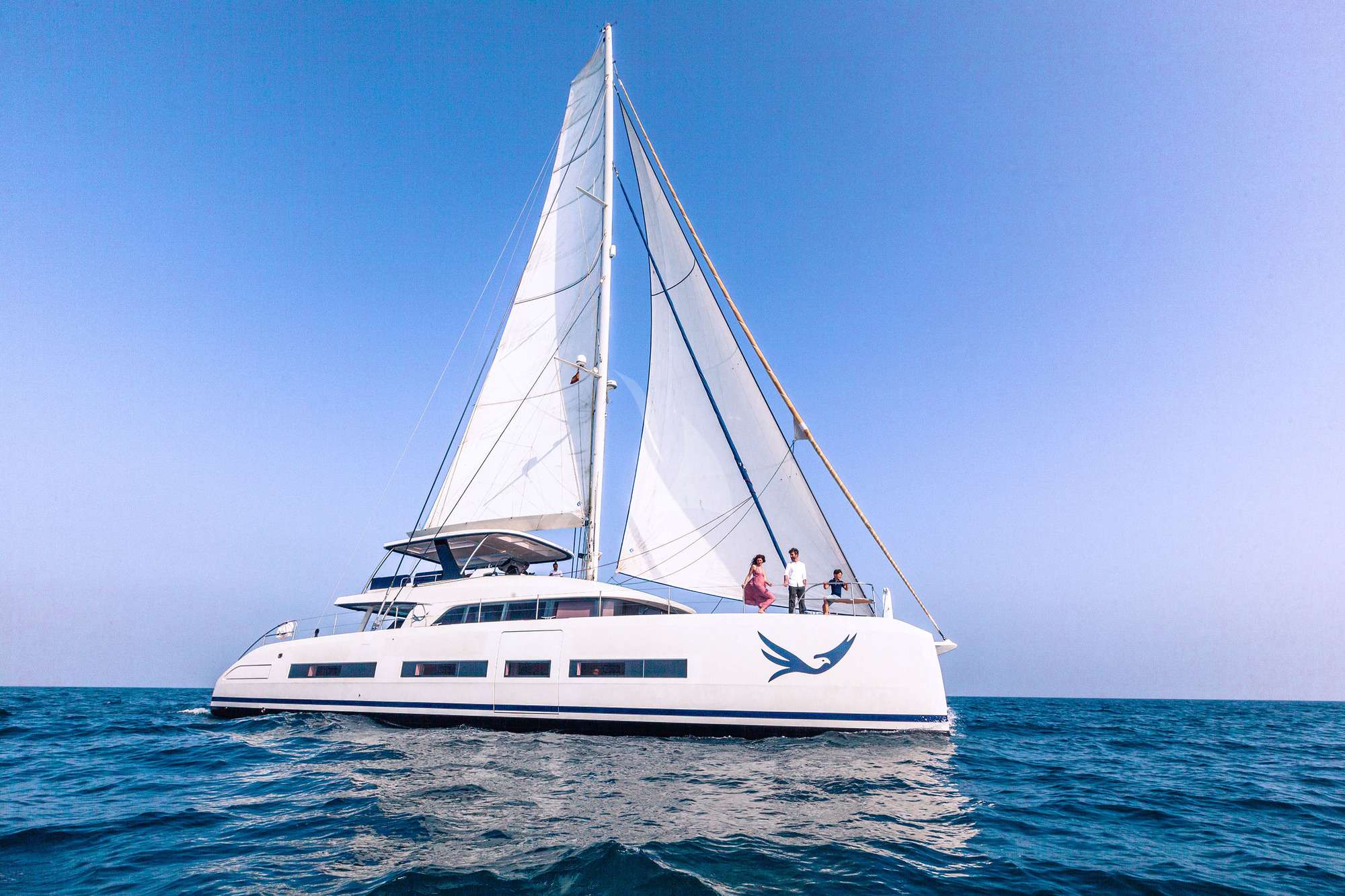 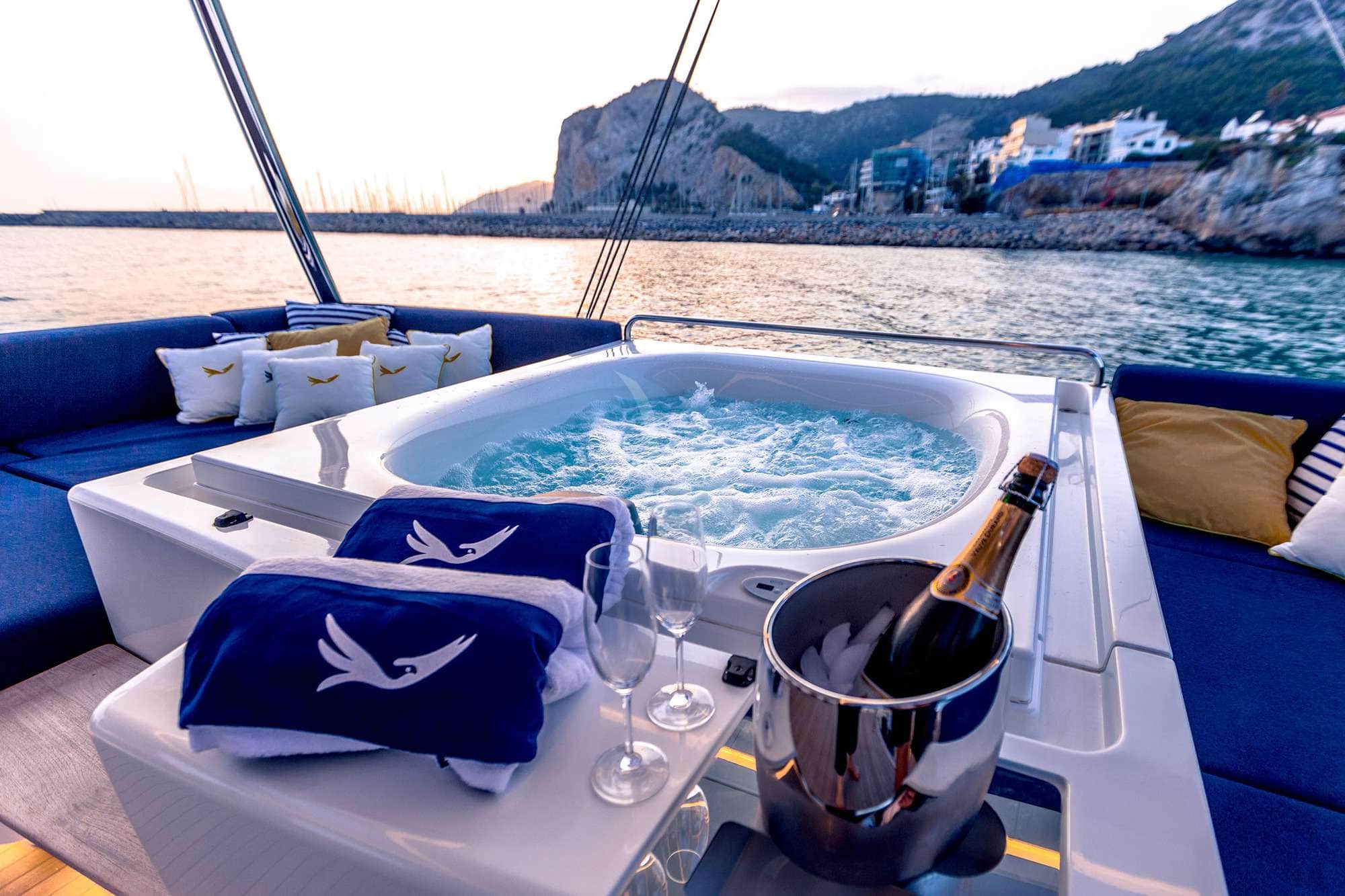 Captain Mark Was born in Cape Town South Africa where his first love of sailing started way back on the optimists. This soon grew to Hobie Cats and windsurfing with an array of other sports. In the mid-’90s Mark relocated to Auckland New Zealand where he became heavily involved in the local racing scene through the Royal New Zealand Yacht Squadron. Having had success in the monohull classes, Mark soon moved on to the more exhilarating high-speed multihulls again with great success. The Hauraki Gulf in Auckland became his playground where fishing, diving, and other water sports continued and more recently Kite surfing has become a big passion. When away from the water you will most likely find him on a snowboard in the mountains or curled up with a good book. Having spent a few seasons in the Caribbean and the BVI over the last 4 years Mark is looking forward to using that local knowledge to show you around one of the world’s best playgrounds. ENGINEER/FIRST MATE/DIVE INSTRUCTOR JASON HOLT Jason is no stranger to the charter industry or the water. He holds a Master of Yachts, a Fly Boarding Instructor, Dive Instructor, Commercial Diver, and Engineering and Diesel Training. He is a keen Fisherman who loves water sports and kite surfing. He hails from South Africa but has made the British Virgin Islands his home for many years. Jason has extensive experience on Motor Yachts, both private and charter, and looks forward to being onboard Mariah Princess III this season. We feel privileged to have Jason on our team! 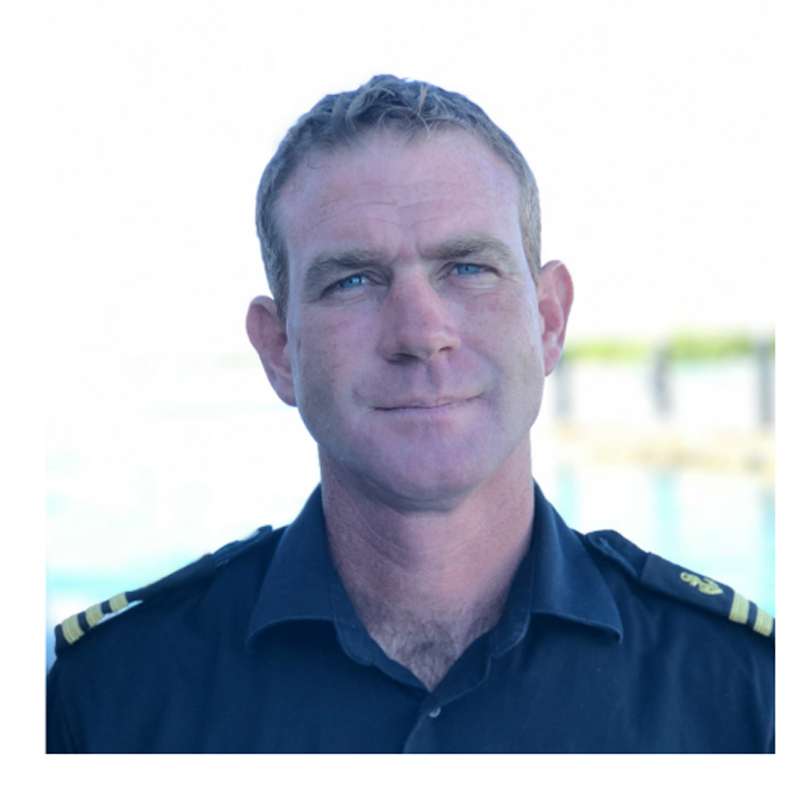 CHEF KIM STOKLASA Kim has worked in the finance, entertainment, luxury event management, and TV industry in several diverse roles before turning her passion to yachting. Music is a passion of hers, and she has performed as a singer in Top40 bands and worked as a studio singer for pop productions, ad jingles, and voiceovers and has picked up the guitar in recent years. As a scuba diver, she enjoys exploring the underwater world and swimming, snorkeling, and other water sports. Growing up in Switzerland, she loves the mountains and has been skiing since childhood. Being a keen photographer, painter, and nature enthusiast, Kim enjoys hiking with friends and observing wildlife, documenting this on film, as well as putting the rod out to catch some lunch. STEWARDESS LUCIE LE LANN Lucie hails from Brittany on the west coast of France with a background in corporate and information systems in Africa and Guadeloupe. She took a leap of faith and moved to Guadeloupe approximately five years ago, where she was self-employed, creating decorative objects with collected driftwood, sea shells, jewelry, and accessories. She has always wanted to work on a sailing yacht and has recently completed her STCW, ENG 1, and recently completed mixology and stewardess courses to be ready for this season on Mariah Princess. In her spare time, she likes Surfing, Windsurfing, Running, Hiking, Cooking, and Crafts. We are very proud of the team that we have put together, and they are all enthusiastic professionals who look forward to showing you the best vacation possible! 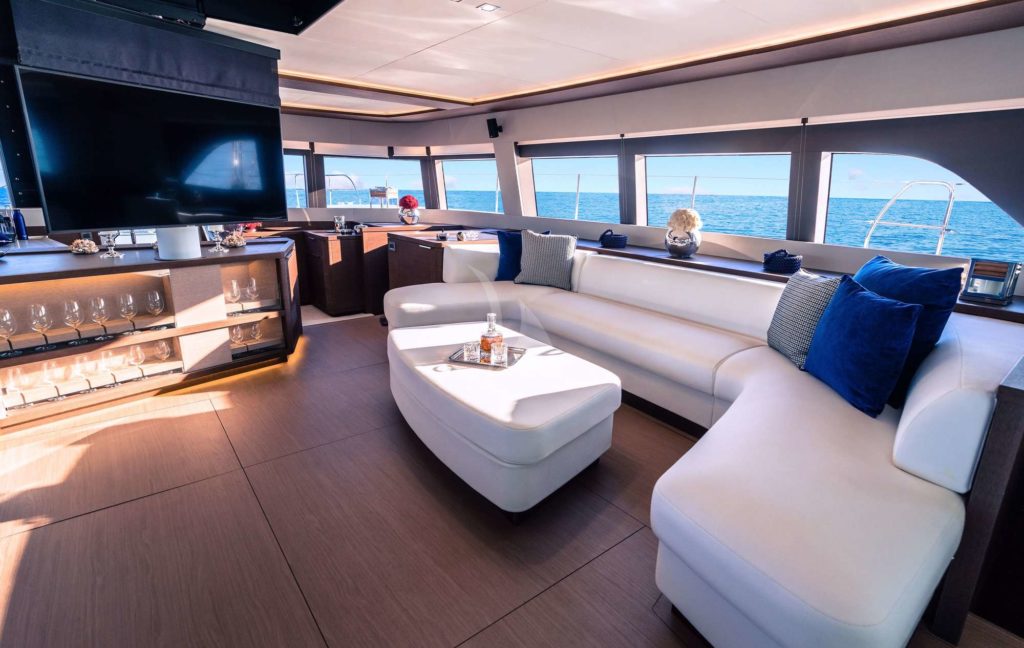 Call your luxury charter yacht brokers. We are standing by to help book your Catamaran charter.

We have over 20 years of running and booking charters and can arrange the perfect yacht charter!