Manna Crewed Sailing Catamaran is our boat of the week! Fully Crewed and Inclusive charters for up to eight guests.

What are the Toys onboard Manna Crewed Sailing Catamaran?

Tell me about the crew onboard Manna Sail Catamaran

He joined the Army at the age of 17 and became part of an airborne unit, which sparked his desire to skydive professionally. He later pursued his instructor’s ratings and began Eagle Flight Skydiving in Granbury, Texas, to share the sport with others.

Emily pursued a career as a pharmacist. As a way of giving back, Emily volunteers working with groups like Open Arms International in Eldoret, Kenya, and Outreach organizations on the Amazon River assisting with the needed medical camps.

Wayne and Emily found a new love of scuba while honeymooning in Cozumel. They have both pursued their Padi Divemaster, Rescue Diver and Emergency First Response Trainer certifications. With several dive vacations, their love of the sea grew, and they had a dream to purchase their sailboat at some point.

Where was Manna Catamaran built?

In 2013, they commissioned Royal Cape Catamaran in Durban, South Africa, to build S/V Manna, a pure 53′ ocean-going vessel. After sailing Manna across the Atlantic, it was decided to share the passion with others by chartering.

In the last two years during the offseason, they have sailed over 20,000 nautical miles abroad, delivering supplies for humanitarian efforts in areas like Haiti along with providing aid for full-time missionaries in the field around the world. During these new adventures, Wayne and Emily both have earned their USCG 100-ton Master Ratings with Sail Endorsements.

You will find the crew aboard S/V Manna to be excellent and extremely unique. Whether you’re looking for a slow relaxing vacation or a fast-paced adventure, the team onboard Manna has the knowledge and skills to deliver. Your charter will definitely will be a vacation of a lifetime on a very well equipped yacht.”

Tell me about the yacht Manna Crewed Sailing Catamaran?

Manna Sail Catamaran sleeps eight guests in one king, two queens, and one double-sized cabin. So all the cabins have ensuite heads for your privacy AND separate shower stalls, so you don’t have to stand in a wet washroom when you shower! All cabins have individual a/c controls for YOUR comfort. 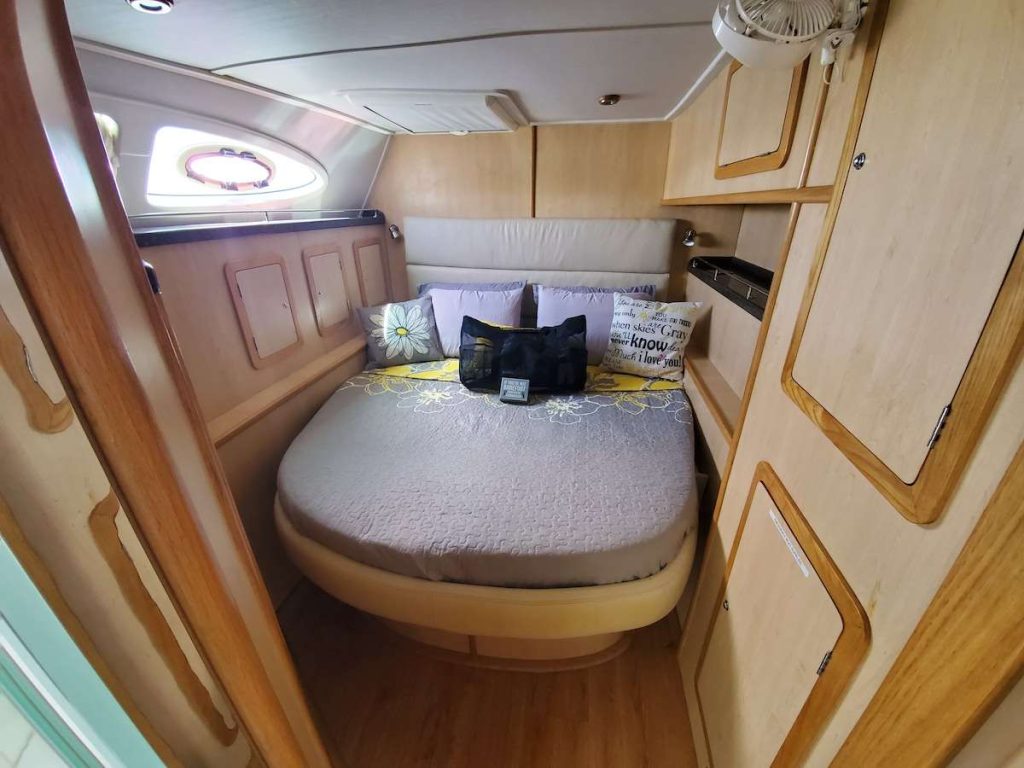 All Rates I am going to talk about here for Manna Crewed Catamaran are fully crewed and inclusive for seven nights. There are a few small exclusions: 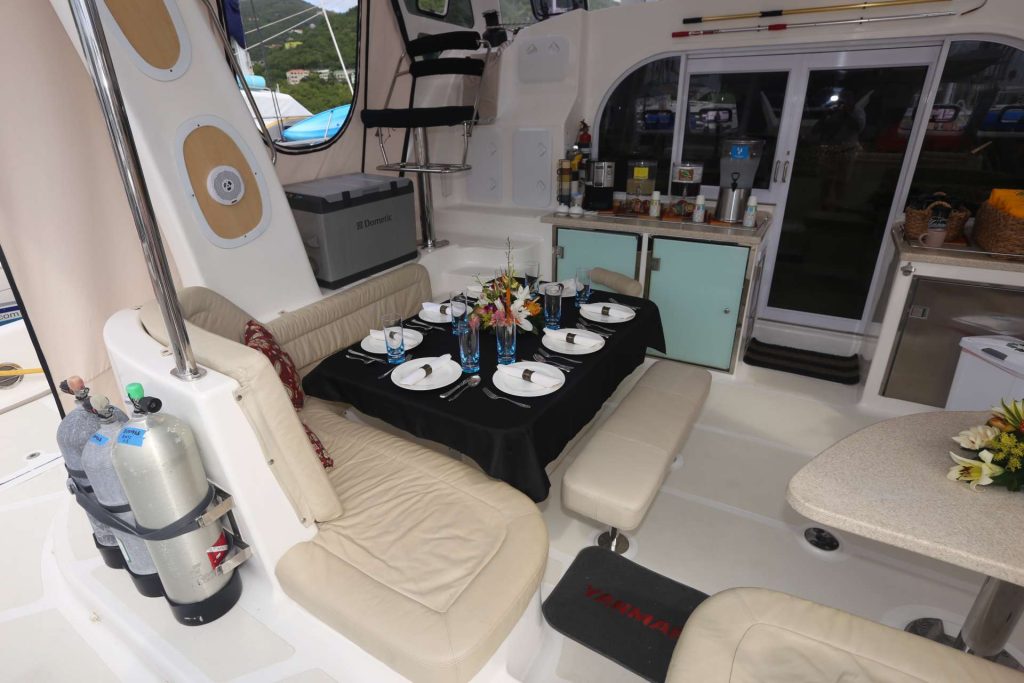 This catamaran is offering complementary and unlimited SCUBA diving for certified divers onboard! Wayne and Emily are currently (May 1st, 2020) open for both Xmas and New Years’ fully crewed and inclusive charters at a flat rate of $25,000 for seven nights. If you are looking to be very much involved, you can also charter Manna at a Captain Only Rate of $14,000 plus you pay all the expenses.

A further great option with Manna Crewed Sailing Catamaran crewed catamaran is they offer “Half Board Rates.”

What is Half Board Rates?

Half Board Rates include all breakfasts, four lunches, and three dinners onboard. The rest are taken ashore at your expense. You can receive $200 per person off the seven-night rates for half board charters.

Wayne and Emily have always provided excellent yacht charters for any guests we have had onboard. We had two this past season with rave reviews. “Our trip was everything I had hoped for. Thank you for your creative rearranging to match our “few tourists” needs. Very relaxing, great food, good weather, and of course, getting to know you both!” Nikki “You have five years of positive comments in this book that commend your skills as marine voyagers and hospitality superstars.

I certainly agree our time with you was perfect. I’d like you to know that your commitment to adventures, need to experience new vistas, and your genuine love for people was the ingredient that made our time together forever memorable.” Ross

How do I book MY charter on Manna Crewed Sailing Catamaran?

H2O Luxury Yachts Team is happy to answer any questions that you may have and help arrange your charter yacht vacation. Contact us by telephone at 1-954-271-3005. You can fill out the inquiry form directly on our booking page for Manna Crewed Sailing Catamaran Or you can email us from our contact page

If you are looking for a detailed FAQ on a crewed yacht charter vacation, please check out our info page! If you just want to know what a fully crewed and inclusive vacation is, we have the info here. Want an idea on SCUBA diving the British Virgin Islands Check out things to do on Cruising in the Spanish Virgin Islands